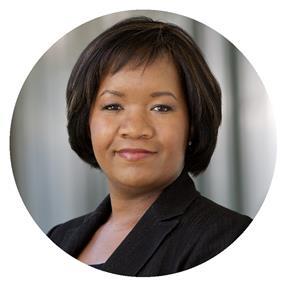 Crystal became the first African-American female director in GM Design’s history in 2008 and spearheaded several award-winning interiors, including the 2016 Chevrolet Malibu and 2014 Chevrolet Impala. Windham encourages students to consider higher education and careers in art and design through GM Design’s You Make a Difference program.

Her awards include Urban Wheel Designer of the Year, the Emerging Leader Award from the Rainbow PUSH Coalition and Automotive News 100 Leading Women in the North American Auto Industry. Windham holds an industrial design degree from the College for Creative Studies (CCS), an MBA from the University of Detroit-Mercy and is a member of the school’s MBA alumni board.