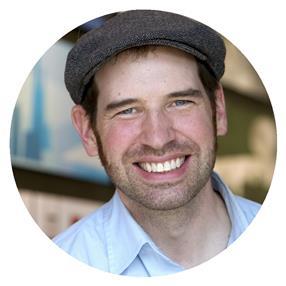 Jay Shuster
Production Designer
Pixar Animation Studios
The title of the film Planes, Trains & Automobiles might just be the perfect description for Pixar Animation Studios Production Designer Jay Shuster’s childhood in Birmingham, Michigan. As the son of a car designer, Jay’s childhood bedroom was a nest of blue prints, drawings, posters, machines, and models of all things connected with nearly every mode of mechanized transportation. But it wasn’t until Jay saw Star Wars: A New Hope in 1977 that he connected his interests to a possible future in the film industry, where he saw an opportunity to work in an unrestrained creative culture. That desire initially took him to Lucasfilm Ltd., where he designed a variety of vehicles and environments for the Star Wars prequel film trilogy.

Jay Shuster joined Pixar Animation Studios in September 2002 as a concept designer on the Golden Globe-winning “Cars,” where he contributed designs for characters and environments gleaned from the car culture he grew up in. Shuster went on to work as a character designer on the Academy Award and VES award winning feature “WALL-E,” and Golden Globe-nominated “Cars 2.” After Production Designing the short film “The Blue Umbrella” Shuster stepped back into the Cars World as a Production Designer on “Cars 3,” released on June 16, 2017. Most recently, he contributed vehicle designs for the much anticipated sequel, “The Incredibles 2,” released in summer 2018.

Jay graduated in 1993 from the Industrial Design program at College for Creative Studies in Detroit. He currently resides in the San Francisco Bay area.