Celebrating the people behind the design 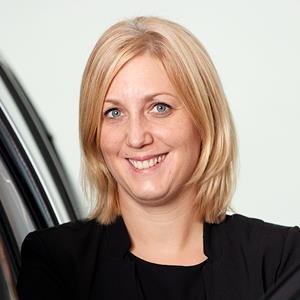 Responsible for leading the team to develop designs for Volvo interiors globally, Lisa has held the position Head of Interior Design since 2020, In her previous role as Director Interior Program Design Lisa developed designs on the next generation SPA 2 platform, Prior to that she was Design Manger, leading the Interior design of Polstar 2 EV and the Volvo V60 and S60. She moved to Volvo Cars in Sweden with her family in 2014 from Bentley Motors, where she was an interior designer creating proposals and developing designs for Mulsanne, Continental GT, Flying Spur and special Mulliner projects. She also created proposals for Bugatti. Her success at Bentley saw her promoted to the role of Senior interior Designer. Prior to her time at Bentley Lisa worked at Jaguar and Land Rover as a computer design modeller, she joined the company in 2004 on a graduate scheme after gaining a first class maters degree at Coventry University. 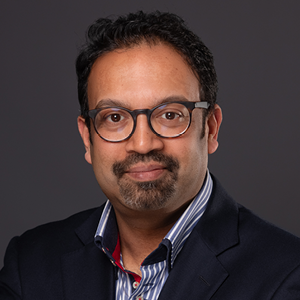 Pratap Bose is a British Designer, born in Bombay, India. After completing his schooling at the Cathedral and John Connon School, Pratap graduated from the National Institute of Design, Ahmedabad with a Diploma in Industrial Design, specialising in Product Design He then moved to Piaggio & C. SpA, in Pontedera, Italy, where over a period of 3 years, he worked on the design of products for the world renown Vespa, Piaggio and Gilera brands. Having won a scholarship to study a Masters’ degree in Vehicle Design, at the prestigious Royal College of Art, Pratap moved to London in 2001. Following this, he moved to Japan to work as a designer at Mitsubishi Motors, Nagoya and finally at the Mercedes Benz Advanced Design Centre in Yokohama, Japan. Pratap then joined the newly formed TATA MOTORS EUROPEAN TECHNICAL CENTRE (TMETC) in 2007 as a Technical Specialist. He was a part of the team that established a UK Design presence for Tata Motors. Operating initially from rented design studios in Birmingham and Coventry, Pratap helped in the design and planning of the TMETC UK design studio at the NAIC, on the University of Warwick Campus in Coventry. The Design Studio in the UK became the epicentre of advanced product design projects for Tata Motors and has delivered some award winning and market leading products. This includes concept as well as production cars. Drawing heavily on the talent from the Birmingham and Coventry area, the UK Design studio is now an integral part of TATA MOTORS’ Global Design Studio network. Pratap and his team have received many awards for outstanding design from the motoring press, and other bodies in India and Overseas, including Auto Car magazine and the German Design Council. In 2018, Pratap was awarded the Chief Design Officer of the Year, by the China Industrial Design Association. In 2021, Pratap was shortlisted as one of five World Car Person of the Year awardees. In June 2021, Pratap joined Mahindra and Mahindra, as the Chief Design Officer, the first time such a role has existed at the Mahindra group. In this role, Pratap is responsible for the India, as well as UK based Advanced Design studio. Pratap and his team of over 100 design professionals work across a range of products from Tractors, Trucks, buses, pick-ups and SUV’s. Pratap is an avid modeller, and has a collection of over 65 World War 2, 1:72 scale plastic models, which he creates in his free time. 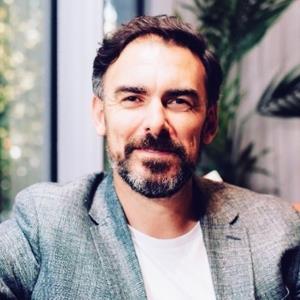 An Automotive Design Leader with over 23 years’ experience working in vehicle design and graduate from Coventry University, UK. Carl has worked for multiple transportation brands across automotive, commercial, motorcycle and aircraft sectors. Today, he is the European Advanced Design Director for SAIC MOTOR, charged with leading an international team of creative designers at the SAIC DESIGN ADVANCED Studio in central London, UK. During his time at SAIC Carl has performed multiple roles including Interior Designer, Exterior Designer, Design Manager, Studio Chief, Advanced and Innovation Chief on many production and concept programmes. Key projects include Interior Designer of MG Zero Concept, Exterior Designer of MG5 and Concept 5 Showcar, Design Manager of MG GS, Chief Designer of MG CS Concept and MG HS. Since moving his focus to the London Design Studio, he has led his team to create concept cars such as ROEWE Vision-I and MG Cyberster as well as the next generation ROEWE RX5. His previous experiences include computer games design and art, rail, aircraft and motorcycles. Carl is a personable, passionate and strategic leader, focussed on pushing his creative team to explore and realise new ideas. 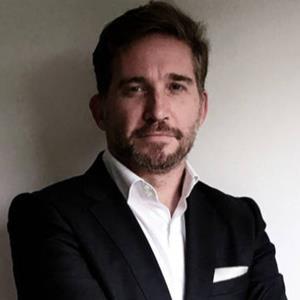 Martin M Uhlarik is Vice President, Head of Design at Tata Motors, a position he has held since 2021. A Canadian with 28 years of international experience. He directs a global design team of 180 people in three locations; India, the UK and Italy. He is responsible for the design of all products across three business units for passenger, electric and commercial vehicles. This remit also includes all design responsibilities including branding, corporate design and communication such as motor show and dealership design. Since 2022 he is also Director of the Tata Motors European Technical Center on top of his role as Head of Design. Born and raised in Toronto, Canada. He graduated in Industrial Design at the Ontario College of Design in Toronto in 1993 and Art Center College of Design in Transportation Design in 1994. He joined Tata Motors in 2016, first as Head of the UK design. Under his leadership he led the teams designing the 2018 45X premium hatch concept previewing the Tata Altroz and the Tata eVision which set out the ambition for electrification, the brand’s move upmarket and design DNA. In 2019 The Tata H2X concept previewed the Tata Punch which has created a new sub compact SUV space in the Indian market. In 2020 the studio created the Tata Sierra Concept a revival of an iconic name plate. Recently ht ecompany unveiled the Tata Curvv, the first SUV EV Coupe that will go on sale soon and the Avinya Concept that represents Gen 3 full electrification and the future DNA of Tata mobility. Martin’s international career has seen him work for several companies. He started by joining Skoda Auto in Prague, the Czech Republic. There he contributed to the design’s of the first generation of products. In 2001 he joined Nissan Design at their studio in Munich and later in London. There he worked on a variety of programs both advanced concepts and for production. In 2011 He joined SAIC Motor as Design Director of the UK studio from 2011 - 2016. He initiated the direction of the brand strategy for both Roewe and MG brands. This foundation has led to the design of the next generation of vehicles. Notable works 1999 Skoda Fabia 2001 Skoda Fabia Combi 2001 Skoda Superb 2002 Skoda Tudor Concept 2003 Nissan Evalia Concept 2007 Nissan NV200 Concept 2008 Nissan Qashqai+2 2010 Nissan Qashqai MCE 2018 Tata eVision Concept 2018 Tata 45X Concept 2019 Tata H2X Concept 2019 Tata Altroz 2020 Tata Sierra Concept 2021 Tata Punch 2022 Tata Curvv Concept 2022 Avinya Concept 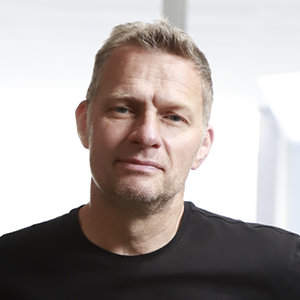 Simon was born & raised in the UK growing up in Warwickshire and Northern Ireland. From his parents he inherited both artistic and scientific genes. His father is an engineer in the Automotive industry which exposed Simon to wonderful cars and influenced him to decide to combine his art and scientific skills to target a career in automotive design. He first studied for a bachelors degree in Mechanical Engineering at Imperial college, University of London and thereafter completed a Masters Degree in Vehicle Design at the Royal College of Art. Throughout his studies he was sponsored by the automotive industry. Firstly by Rover Group then by Rolls-Royce and Bentley Motor Cars where, after graduating at the RCA, he started his working career. Simon spent 10 years in Crewe at Rolls-Royce and Bentley Motor Cars which included a number of special "Brunei Projects", a brief spell with BMW in Munich and completing, with the team, the original Bentley Continental GT under the ownership of Volkswagen. Shortly after this in 2001 he moved to Germany to work for Volkswagen where he lived and worked for 7 years before taking up the role of Design Director Volkswagen China in 2008. After 9 years in China he moved from VW to become Vice President Design for Hyundai China to guide their future model programs for this hugely important market. After completing the first projects he then moved in 2019 to Seoul, South Korea to take up his current position. In the recent years he worked with the global and local teams to deliver the Ioniq5, SEVEN Concept car (Los Angeles 2021 premier), Ioniq6 (on its way) and many other local and global vehicles. He works closely with Sangyup Lee and Luc Donckerwolke plus together with the global Hyundai design teams - 6 studios in total: California, Germany, India, China, Japan and South Korea. In all the Hyundai design team globally numbers around 600 people. 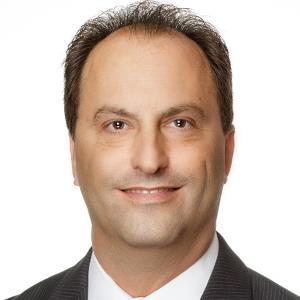 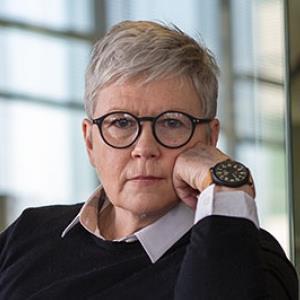 Anne Asensio is a designer. She joined Dassault Systèmes in 2008 and founded the Design Studio, gathering a multidisciplinary team in innovation strategy by design (Design Experience), design research, design management and consultancy. Anne was previously Executive Director in charge of Advanced Design for General Motors’ eight brands, Interior Design and Brand Character (2000-2007). She started her career with Renault as Design Director for the Twingo, Clio, and Scenic ranges (1987-2000). Anne Asensio has won several design and innovation awards and plays an active role in strategic boards for companies and design schools throughout the world. 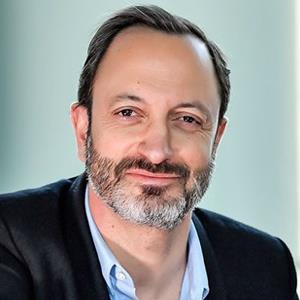 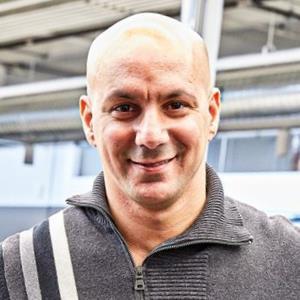 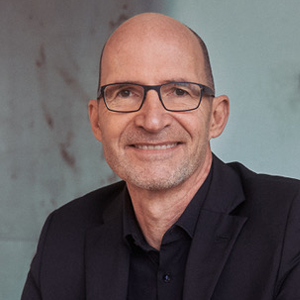 Klaus Zyciora (born 13 December 1961 in Hamburg) is Head of Volkswagen Group Design and in this capacity is responsible for the global design of the Group’s 10 brands. Professional career history Klaus Zyciora studied industrial design at the Braunschweig University of Art. After graduating in 1989, he began working for Volkswagen as an interior designer. His first project was collaborating on the interior of the Golf IV. Following positions as Exterior Designer and Concept Designer, he became Head of Interior Design in 2000 and Head of Exterior Design in 2002. In 2007, Klaus Zyciora became Head of Volkswagen Design and Executive Director with over 600 designers at the locations in Wolfsburg, Shanghai, Sao Paulo and Mexico City. In April 2020, Klaus Zyciora became Head of Design for the entire Volkswagen Group. Previous milestones in his career include the Golf VI, Golf VII and Golf VIII, the Touareg, Tiguan and T-Roc SUV series and the vehicles in the upcoming ID. Family. Design philosophy Klaus Zyciora has established a design language at Volkswagen that is characterised by clarity, reduction and continuity. The vehicles have a high degree of product identity that has been continuously developed over many design generations. The design is intended to retain its relevance in the long term, regardless of particular trends. The ID. Family The ID. Family, with its smiling face without a radiator grille, is linked to the roots of Volkswagen's design identity, which was established with the Beetle and the T1. The design concept is distinguished by seamless transitions and a sensual, flowing aesthetic. Light becomes a design element and a symbol for electric mobility. With its independent design language, the electrical nature of the ID. Family is immediately recognisable.
VIEW MORE JUDGES