A re-interpretation of vintage Bentley design language and proportions provided Gareth Thomas with his inspiration for a new Bentley roadster for the 21st Century. The 2-seater proposal features a long bonnet and compact W8 engine behind the front axle line with a retractable roof which folds forwards in front of the scuttle and behind the engine.

The use of sheer surfaces relieved by a deep concave scallop gives an understated look without resorting to typical retro cues. The vertical aluminium scuttle graphic deliberately splits the car into bonnet and cockpit sections, while the instruments are contained in the retractable aeroscreen. The rich, open cockpit is finished in burgundy leather draped over polished aluminium tubing.

A Volvo lifestyle double-cab pick-up is the work of Andy Harrison. The design shows typical Volvo cues of a broad shoulder from headlamps to taillamps and a bluff nose but adds a coupe-like 4 door cabin and tail covered by sliding panels. By repackaging the occupants more forward and higher up allows a long 3200mm loadbed – enough for a jetski or a pallet – within a compact 4800mm length. The tailboard has a flip-up load restraint with integrated lamps and warning triangle.

Dimitrios Zacharopoulos’ Ford “Exodus” proposal showed a new 2+1 approach for a compact crossover vehicle. Aimed at urban DINKS to escape to the country at the weekend, it features a 3-seater layout with the 3rd occupant mounted centrally and slightly aft for a more sociable seating arrangement. The facetted door shoulder is repeated through the interrupted DLO, which is directly inspired by city architecture. Continuing this theme, Zacharopoulos selects 2 matte paint finishes which allow the vehicle to sit better when viewed on city streets.

Thomas Eaton’s project also takes influences directly from city architecture. His proposal for a self-guided street taxi is meant to enrich the city aesthetic. The unusual, even slightly sinister, design shows a copper-coloured shell on one side with full open sliding glass doors on the adjacent kerb side. The use of this non-automotive patina and graphics is meant to inject new interest in this form of semi-public transport. The package seats 5 passengers seated in a semi-circular format, which is reflected in the exterior design, with differing plan-view shape and wheelbase on each side of the vehicle.

Oliver Way chose to study whether elegance is possible in a small car. The final design is a refreshing study for a 2-seat car with the emphasis on lightness and non-aggressive forms. By splitting the body into a central aerodynamic pod and external leaf-like fenders the result reminds one of 1920's cyclecars, such as the Amilcar. The use of narrow section tyres combined with dainty aluminium torsion bar suspension and a mid-mounted engine gives low weight and good performance in a compact 3600mm x 1600mm package. The use of pale yellow and silver finishes adds to the feeling of delicate elegance.

Linda Andersson’s “Tjo Ho” (Yee Hah!) Saab concept is for a new advanced fun vehicle which would also be very lightweight. Using a semi-hovercraft inflatable skirt, the idea is that the low-volume car can be used on racetracks to explore new handling characteristics or as a new competitive spectator sports vehicle.

The car, with covered front wheels and a rear air cushion, is able to float or steer depending on cushion pressure and may be used with either a tandem 2nd passenger or as a pure single seater. The model has simple but dynamic surfaces and a bold colour split that masks the dual chassis concept. The front mask also demonstrates a new direction for the classic Saab 3-aperture face.

Andrew Lee's 'I-Drive' and Linda Andersson's hovercar will be on display in the all new 'Futures' gallery in Coventry's Museum of British Road Transport. The new gallery opens to the public in late summer.

Recent graduates of the course have been employed directly after graduation by companies such as Citroen, Audi, Ford, Mercedes Benz, Nissan, Ducati, Pininfarina, Rolls Royce, and TWR. One of this years graduates, Jay Lee will be taking up employment with the sports and leisure company Fila in Venice.

The degree show for the school's postgraduate MA Automotive Design course is coming up in September, with the Private View for industry representatives on September 19, and the exhibiton open to the public from 20-27 September. 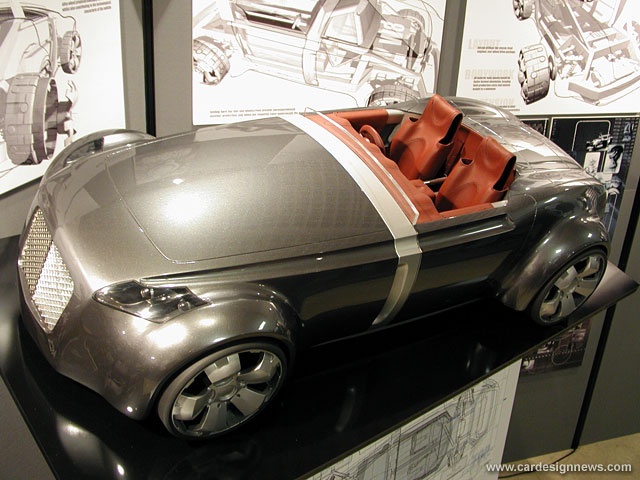 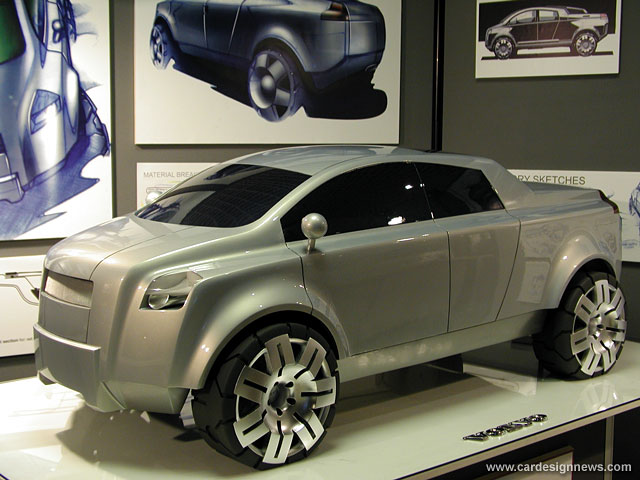 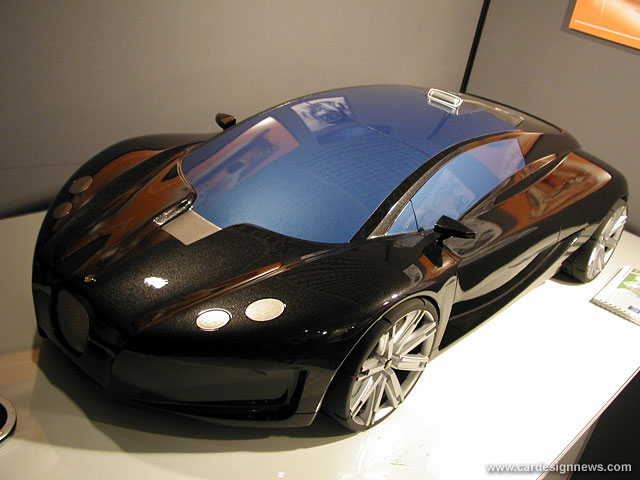 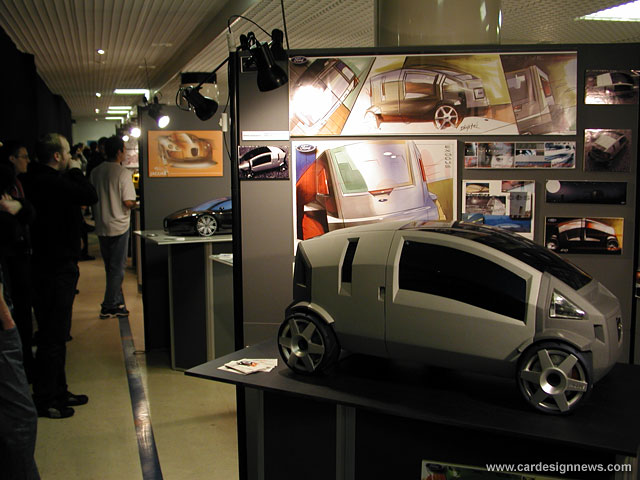 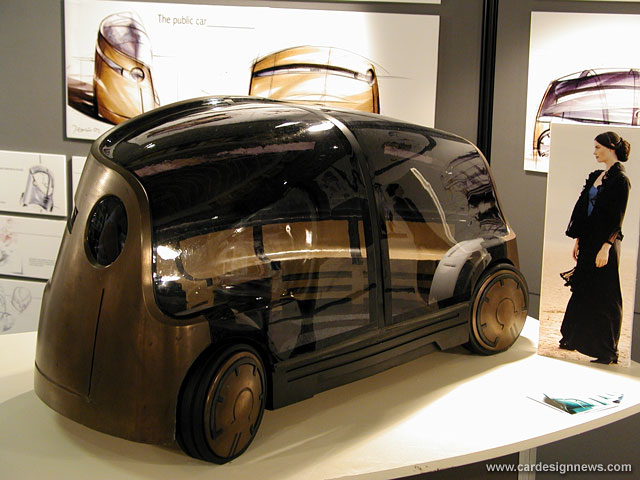 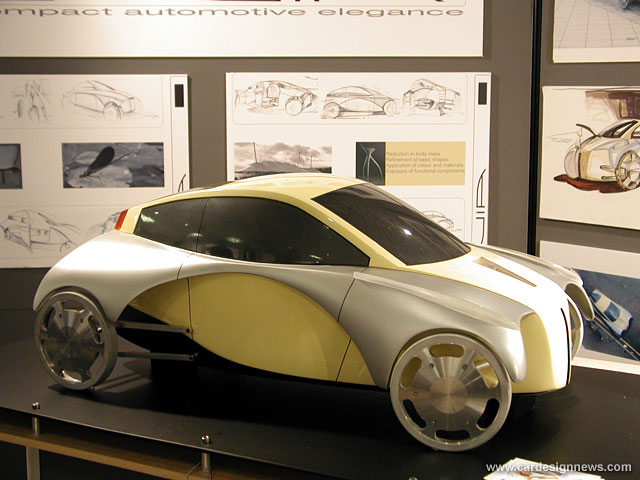 'Via' by Oliver Way 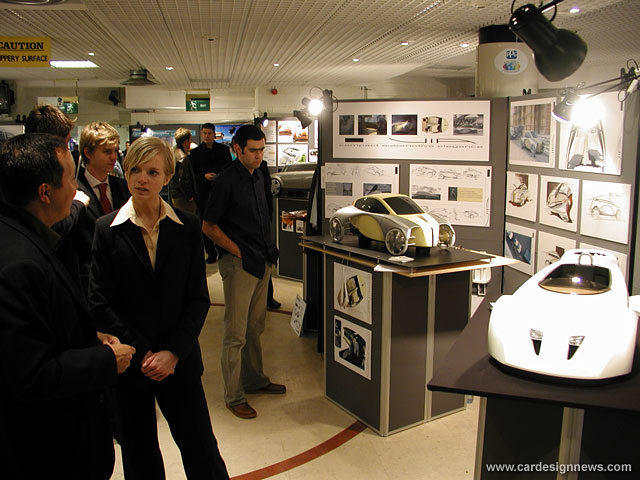 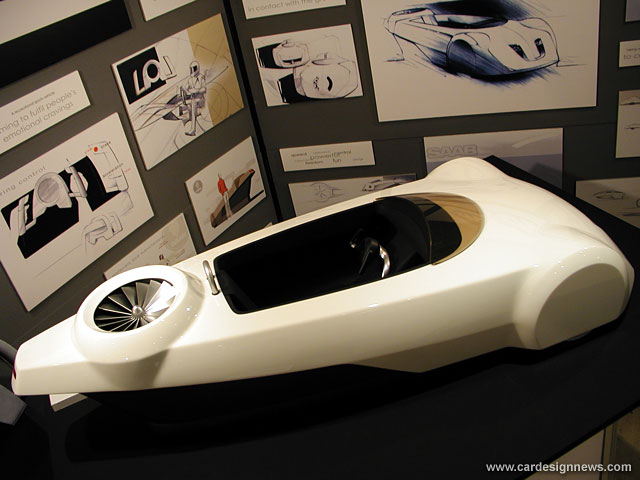 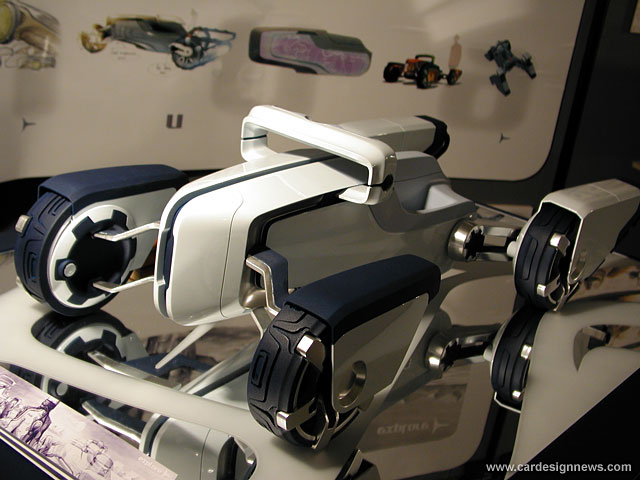 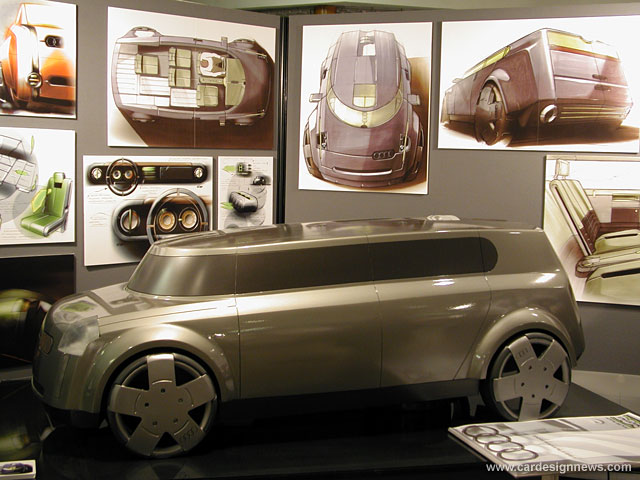 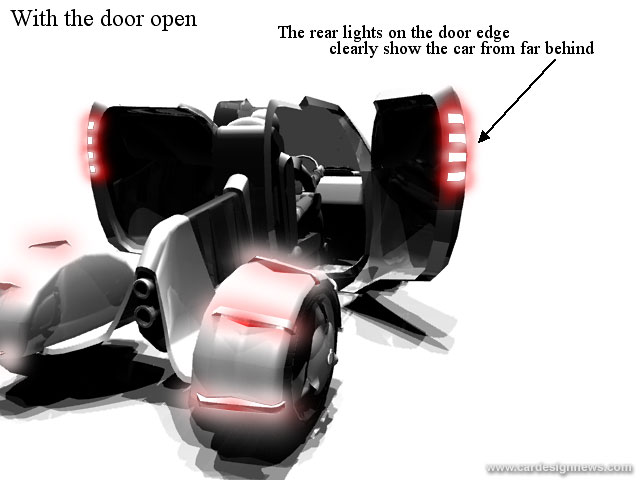 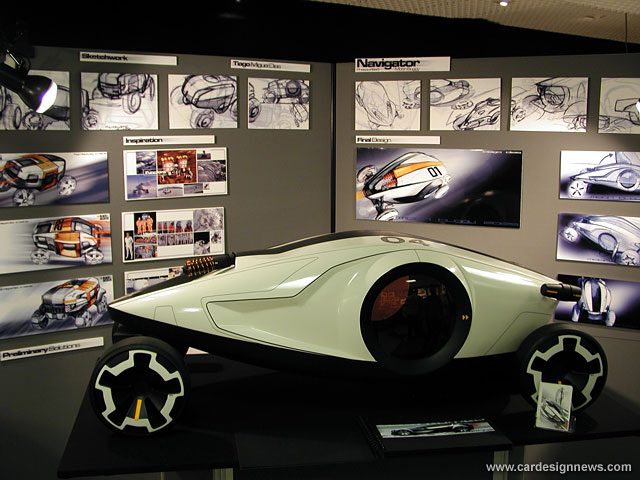 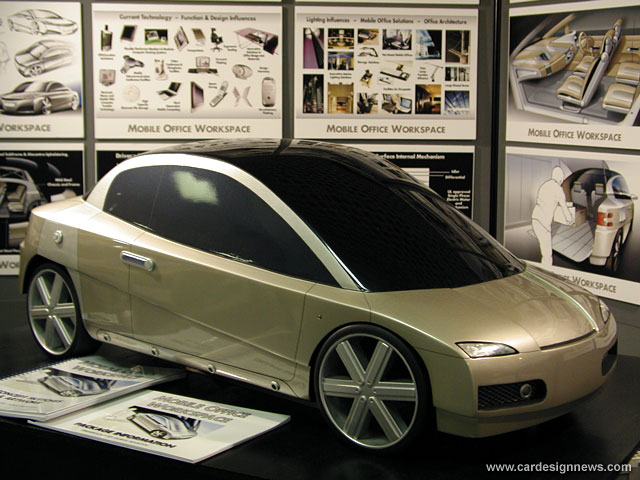 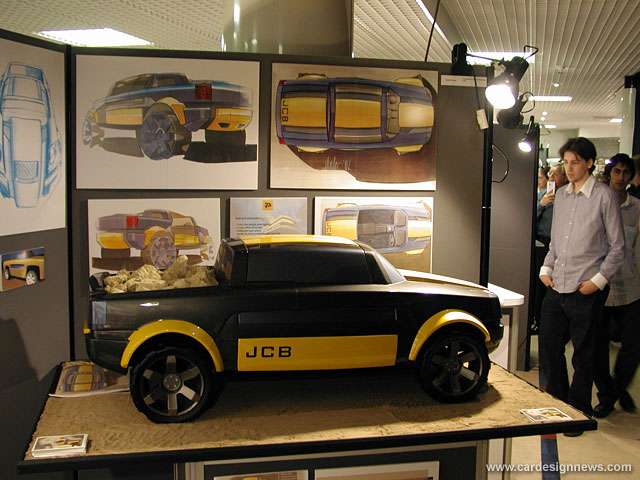 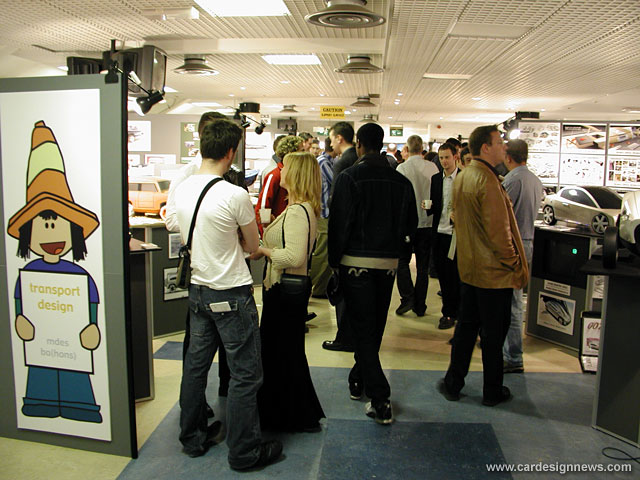