Concept with a capsule cabin, which could be changed as and when required 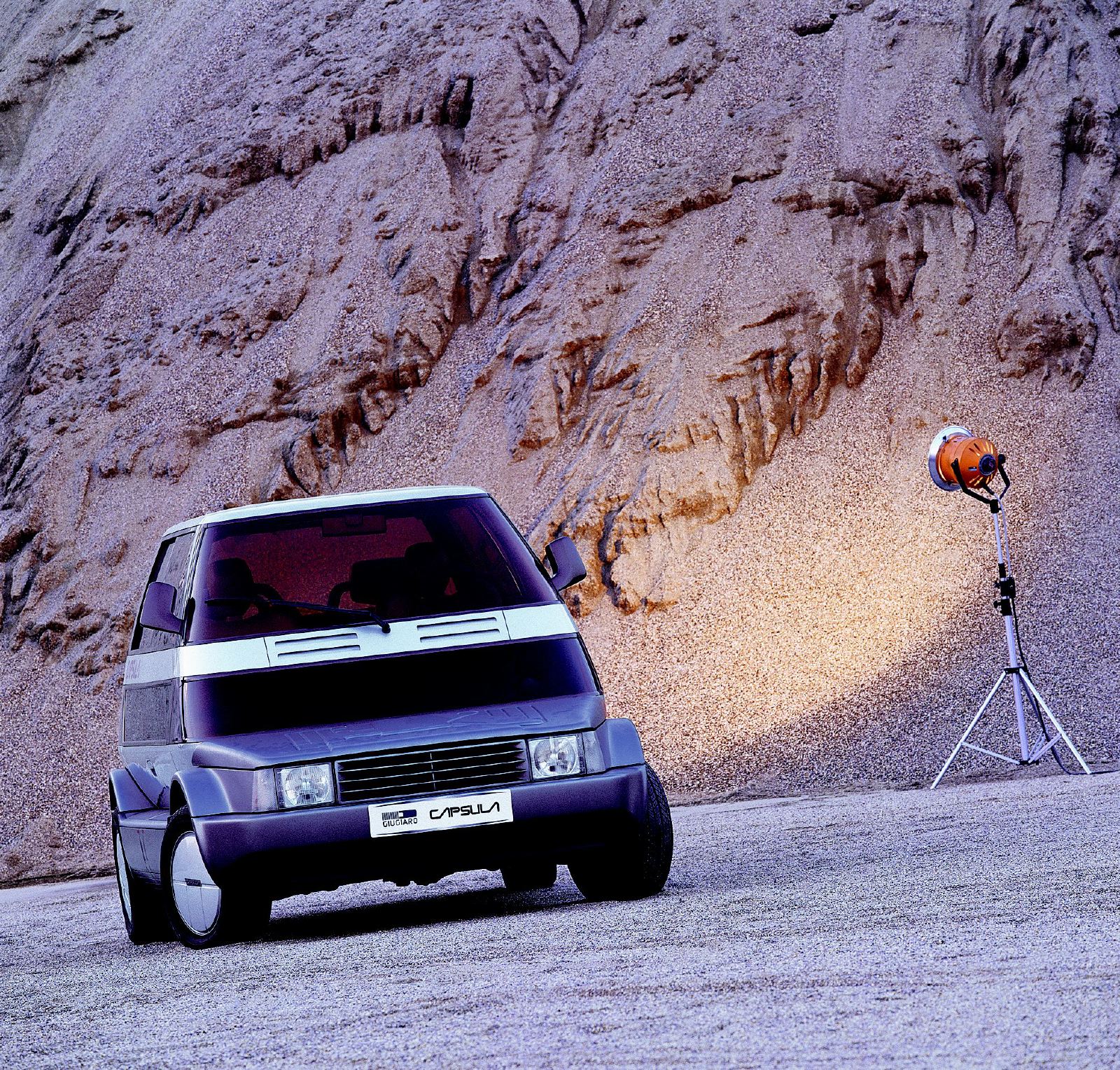 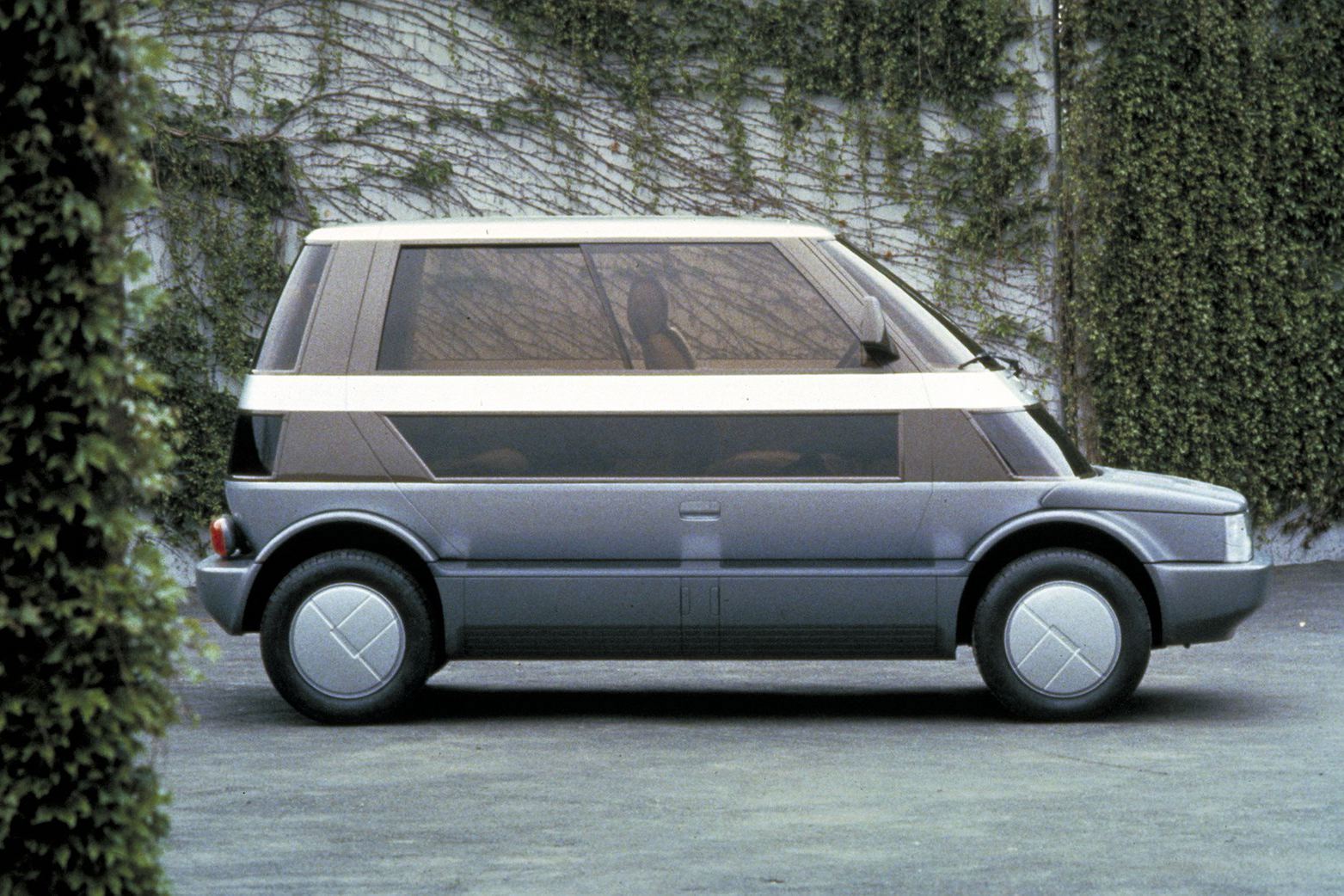 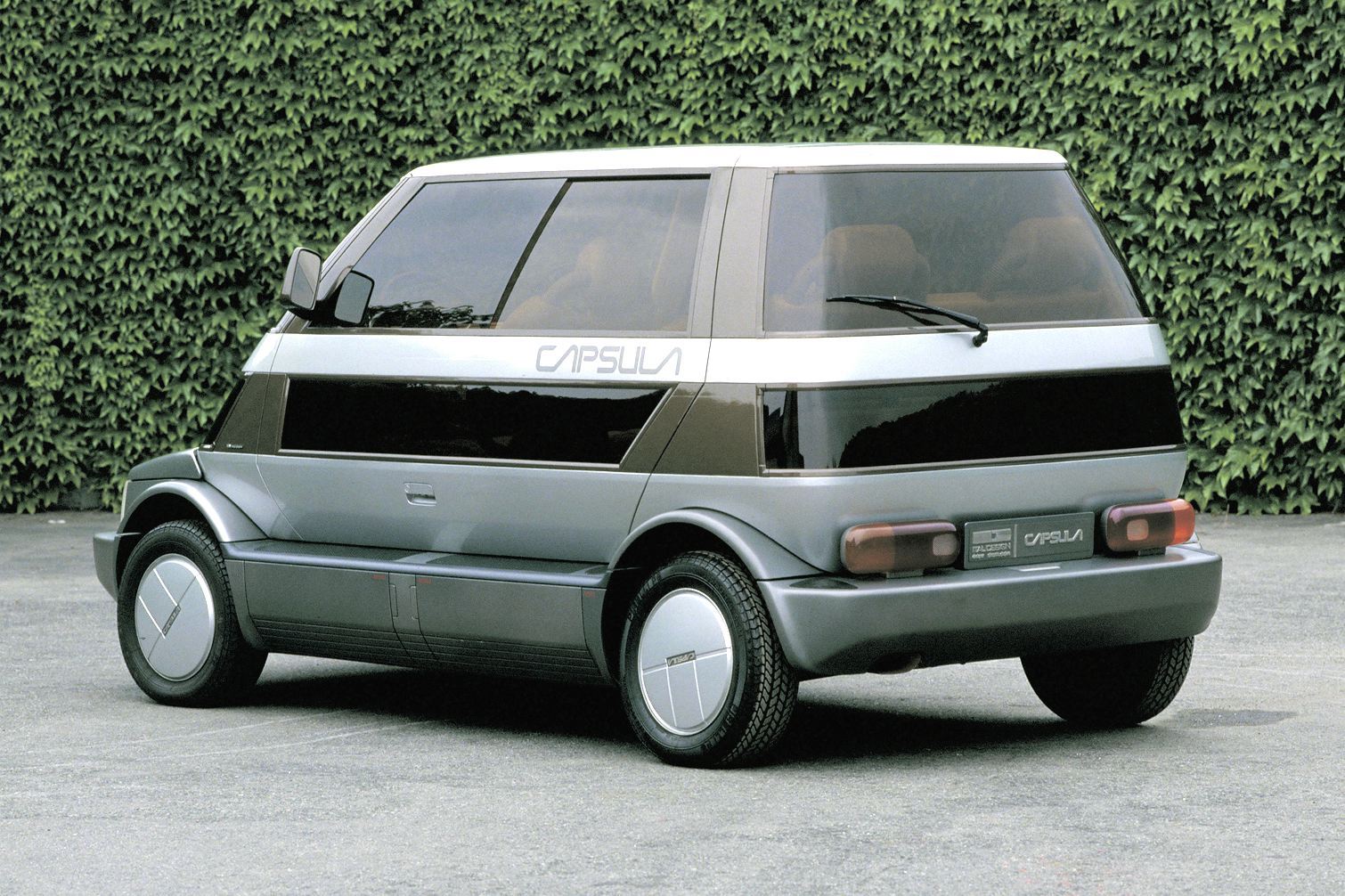 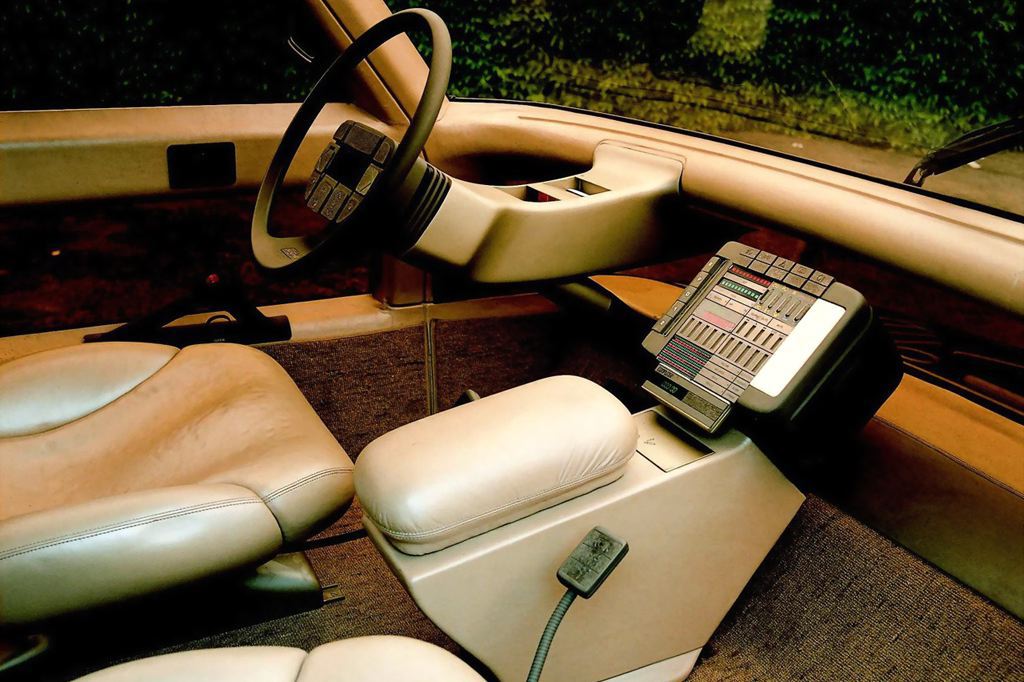 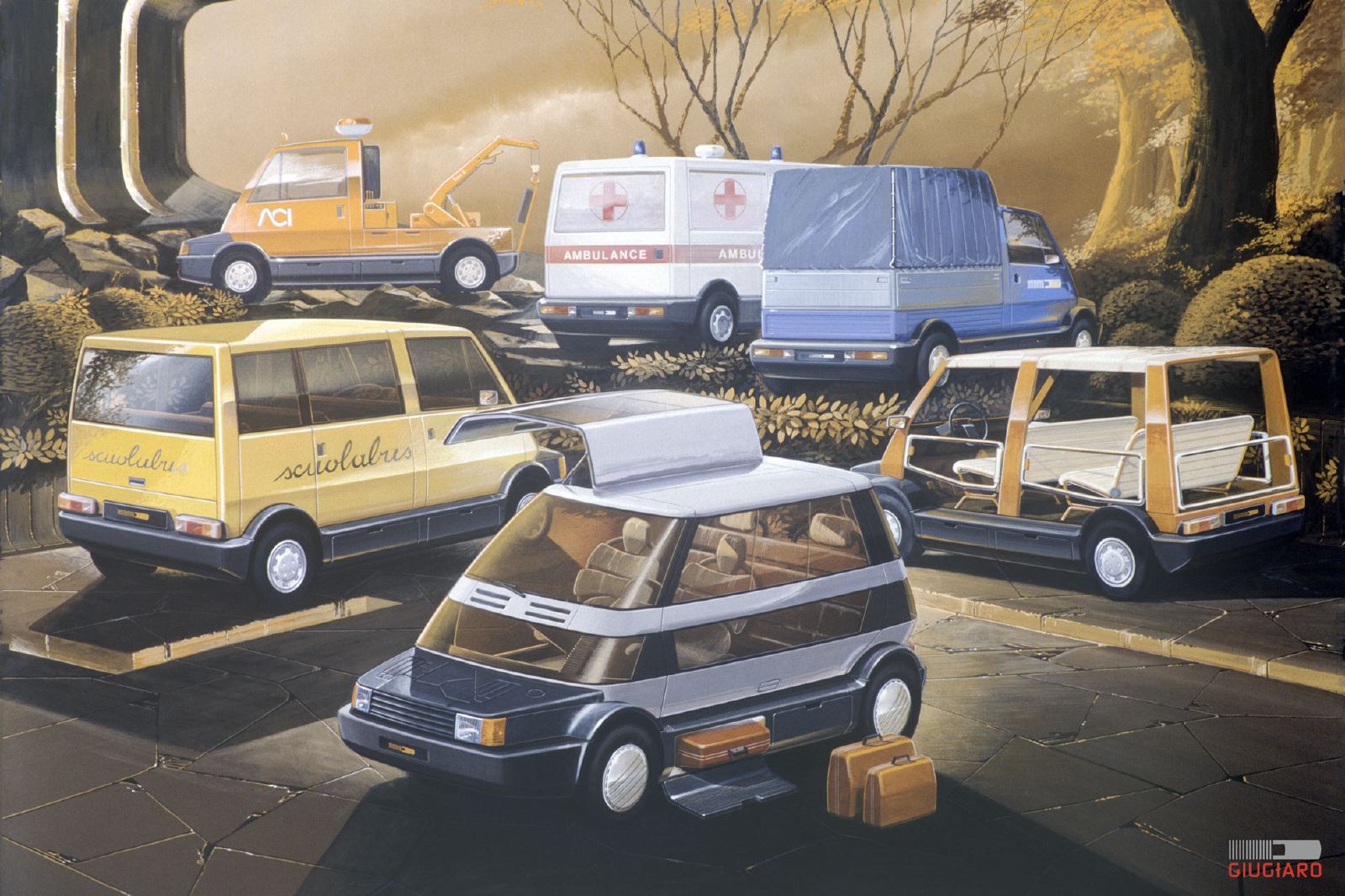 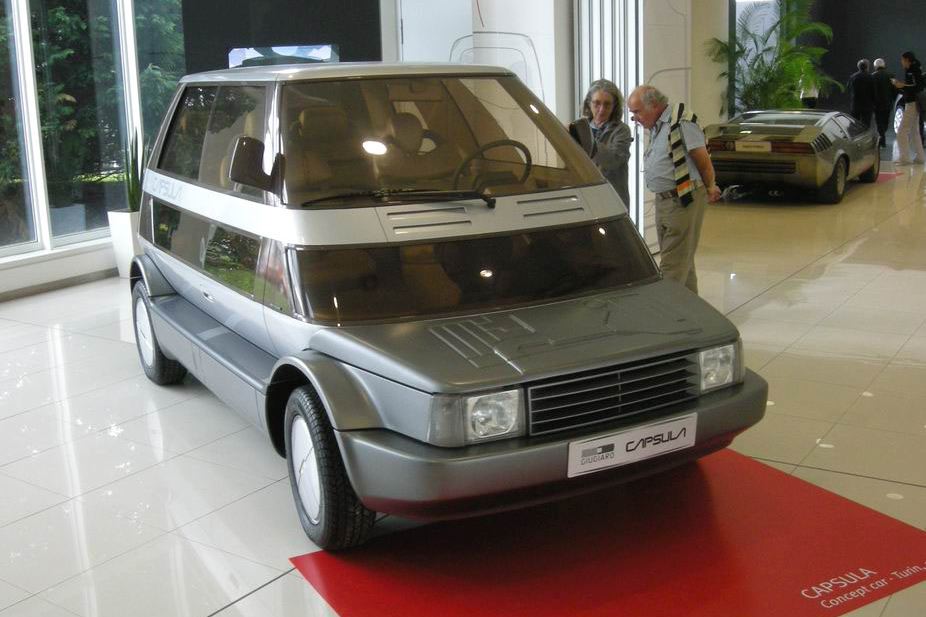 In the mid-1970s, Giugiaro experimented with vehicles that maximized space efficiency; prioritizing interior volume, while reducing the exterior footprint. Italdesign’s 1976 New York taxi was smaller than the London cab of the time, but had more space because it was taller, allowing luggage to be stowed beneath each passenger. This idea was developed with the ’78 Lancia Megagamma, which had its spare wheel and fuel tank under the cabin floor, allowing the car to be shorter than the sedan on which is was based.

But this idea of space-efficient modularity was taken to its extreme with the Capsula. Launched at the Turin Motor Show in 1982, the car’s design was inspired by coaches constructed with the chassis, engine and luggage space set separately underneath the cabin. 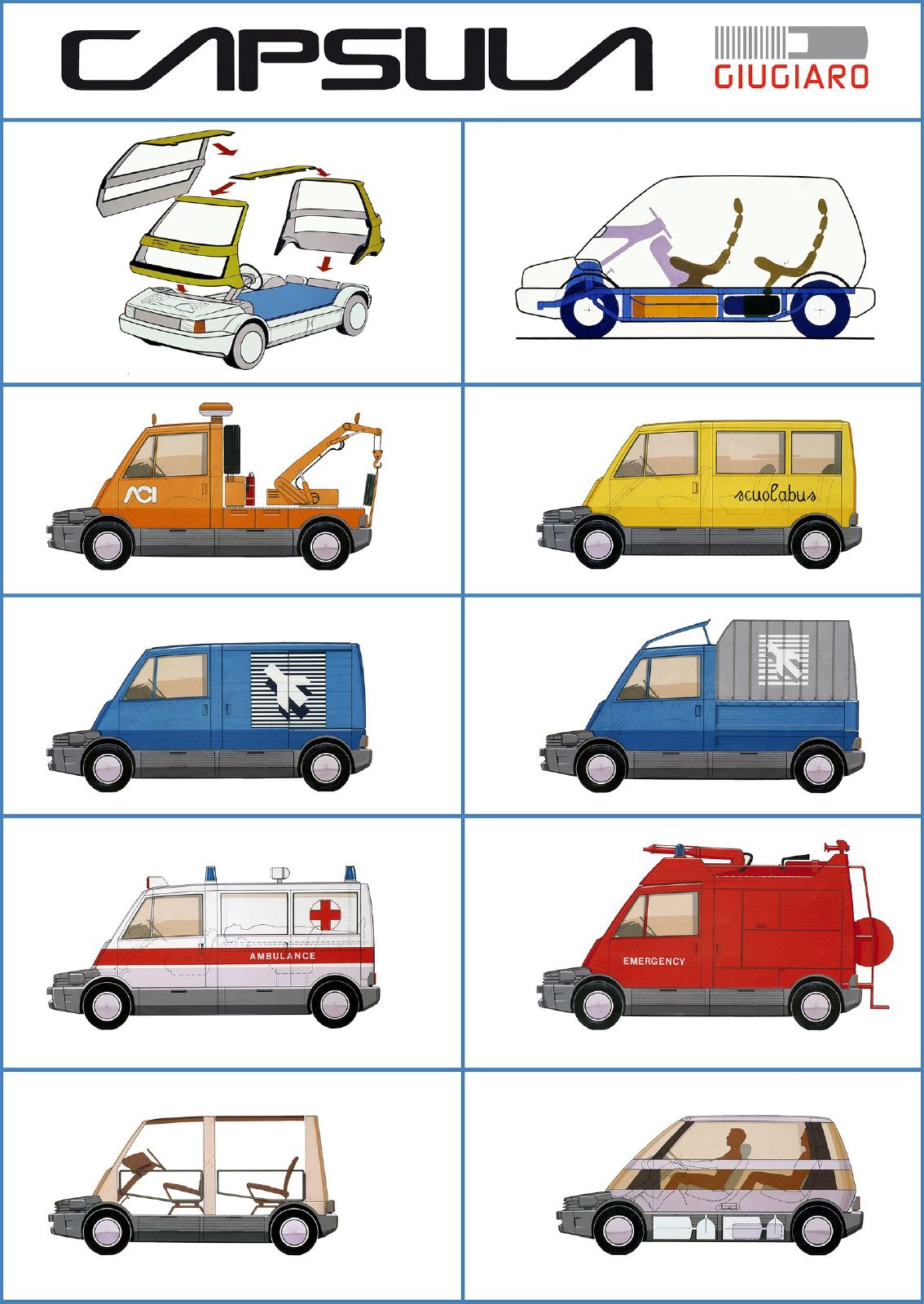 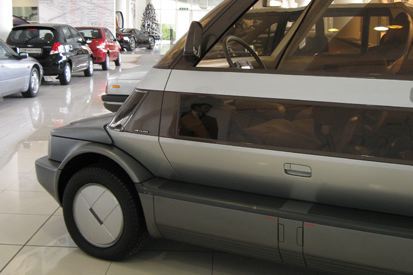 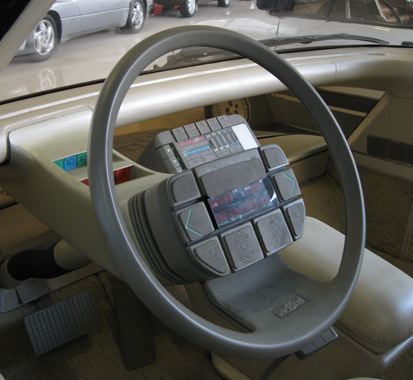 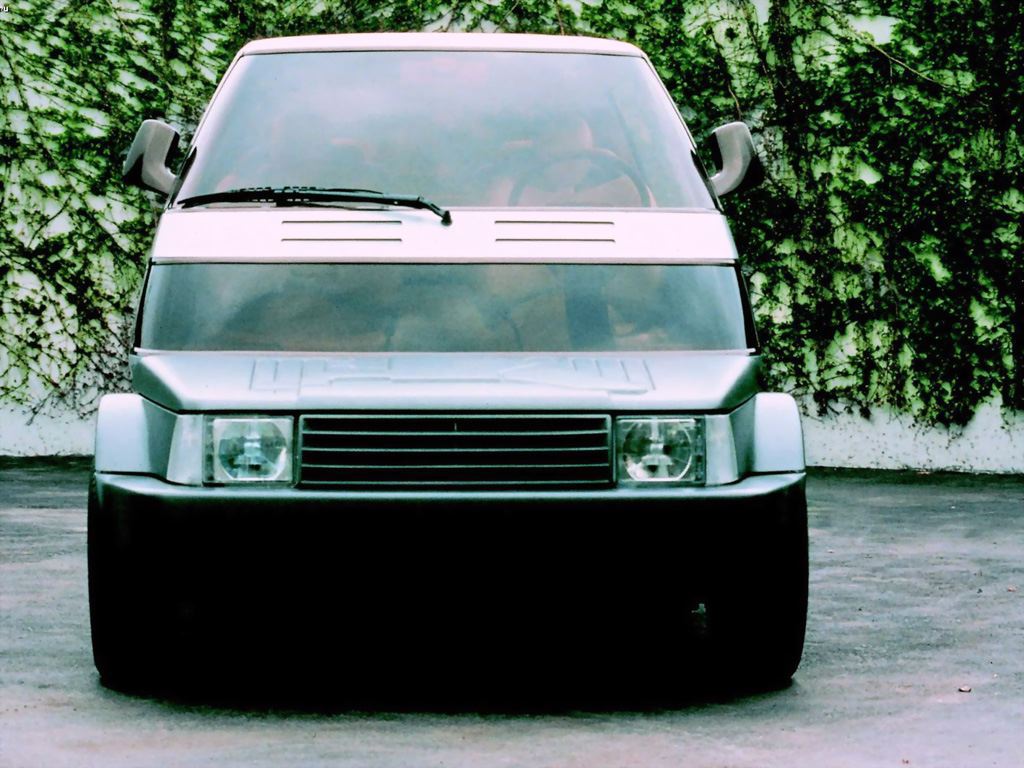 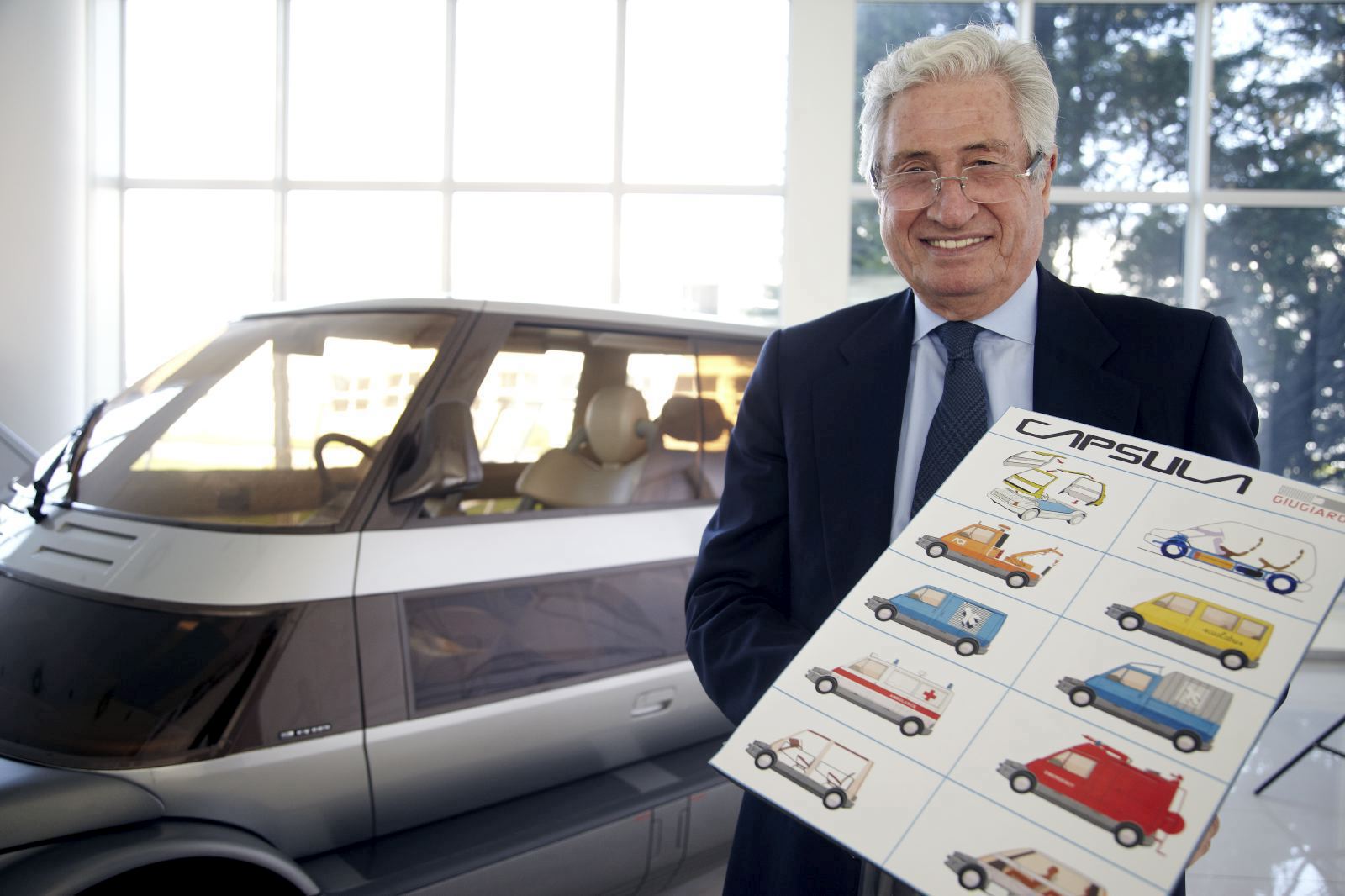 The Capsula’s chassis included a front-mounted Alfa Romeo engine and gearbox, suspension, fuel tank, brake system, wheels, axles and the front and rear lamps. The chassis also had space for luggage between the wheels, accessed by a pair of small doors, just as you would on a bus, and the whole lower chassis was designed to be extremely compact. In a nod to postmodern era architecture, the hood featured a stylized version of the engine underneath, and the chassis was painted grey to distinguish it from the body.

Above this, the car featured a capsule cabin - hence the name - which could be changed as and when required. A whole host of potential upper capsules were designed in accordance to local needs. These included a version with canvas sides for tropical climates, a delivery van, an extended version for a school bus and fire truck and ambulance.

For the concept, a five-seat monospace version was created. The exterior featured lower and upper windows, maximizing the view out for all passengers and again playing on the theme of the car being similar to a bus. The epowood and fibreglass body was made in five parts - front, rear and centre sections, with a pair of huge gullwing doors on either side.

The key goal for the capsule used on the concept was to maximise interior space. Despite the car’s total length of 3720mm, the Capsula offered more room than the first-generation Giugiaro-designed Volkswagen Golf, and even the W126 Mercedes 380SE sedan (predecessor to today’s S-Class).

As the capsule was mounted on top of the chassis, the interior had a completely flat floor, while the two front seats and rear bench were made from leather-covered polystyrene, inspired by space travel. This made them light enough so as to require smaller bases, giving extra legroom in the rear.

The single-spoke steering wheel emerged from the scuttle on a curved arm. In the wheel’s middle were buttons to operate indicators and lights, plus the gauge pack, while a centre-console included the HVAC and audio system.

Although today’s VW Group MQB architecture shows how a large number of cars can by created from a common platform, the Capsula’s approach is considerably more sensitive. Not only did it allow a large number of vehicles to be spun from one chassis, it allowed one chassis to become many different vehicles as required. The fact it did this while shrinking the vehicle’s footprint and still offering increased space inside was impressive. That it offered an appealing design was the icing on top of the cake.

What else happened in 1982?
Knight Rider hit US television screens for the first time and the Boeing 767 entered service with United Airlines. The first computer virus, written by a 15-year old, is found. It infects Apple II computers via floppy disk. The Commodore 64 is launched, and would become one of the best-selling computers of all time. The top-grossing movie was ET the Extra-Terrestrial, with Eye of the Tiger by Survivor (as featured in the film Rocky III) the biggest-selling single of the year.