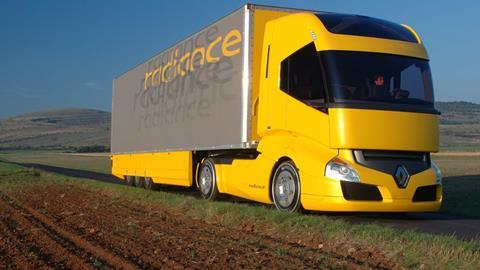 Concept of the Month: Renault Radiance (2004)

As we saw last month, delightful design can be found in unusual places – even among vehicles not commonly associated with cutting-edge design. Such was the case in 2004 at the IAA Hanover Commercial Vehicles show when Renault surprised those assembled with a dramatic new truck concept in a brilliant yellow colourway: The Radiance. 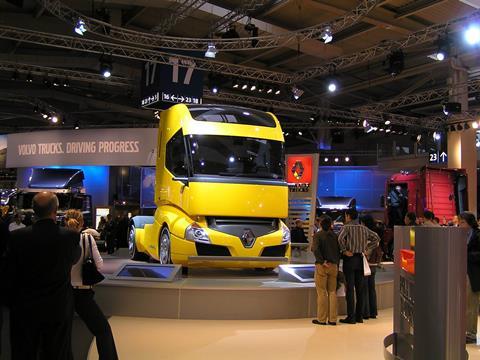 The Radiance debuts at the 2004 Hannover show (credit: L.Kenzel, Wikipedia)

Renault’s design chief at the time, Patrick Le Quément, led the all-star team of designers. Xavier Allard was the lead designer, with Julien Drouard in charge of the exterior and Fabrice Pouille taking the lead on the interior design.

The Radiance was intended to introduce a new design language for Renault, a truck design language that would echo the themes emerging in the company’s car lineup. Its stated brief, according to Renault, was to “create a concept that users can drive like a car, work in like an office, live in like their own home.” 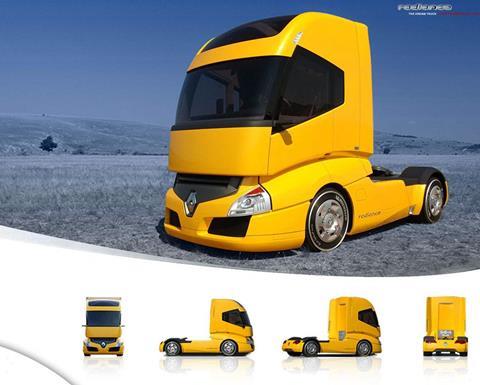 The overall form of the truck was highly sculptural, with a dramatic curved roof designed to slip through the air. Deeply incised arches along the front fenders reinforced the ‘slipping through the air’ theme, while angles along the front fascia echoed Renault’s diamond emblem. The incised area along what might have been a lower beltline are so pronounced that the cab seems to float above a ‘base’ that contains the wheels.

You almost sense that with a bit more engineering, the cab could have turned with the front wheels, independent of its base, so that the driver is always looking straight ahead, even in a turn. 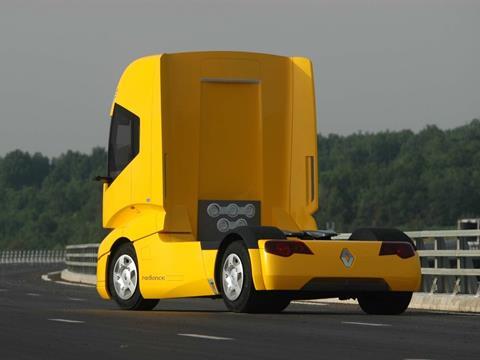 Around the rear of tractor unit, one found a covered rear saddle that had a sporty automotive feel about it, complete with a rear light package and cleanly designed fascia that could have been lifted from a sports car design. As a safety feature, the brake lights shone brighter the harder the driver pressed on the brake pedal.

One accessed the interior through the broad cab doors. A retractable stair made cab access much easier. Once seated the driver looked at a highly curated display of information, with a smaller, automotive style steering wheel. Renault was working on a high tech, high touch design theme, one that was applied to their automotive interiors as well. 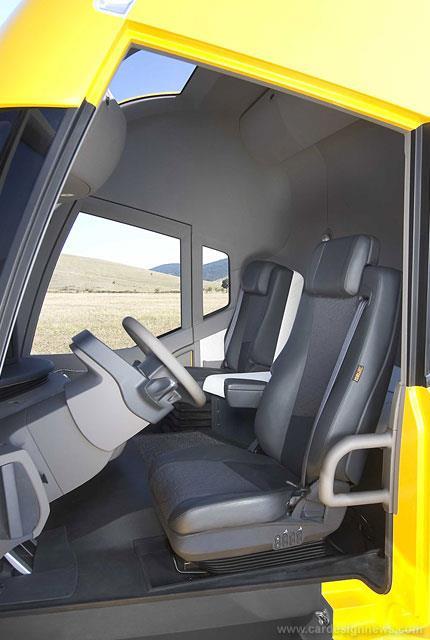 Trapezoidal door had just the right amount of science fiction in its design, and a spacious cab awaited beyond

The driving position was intended to provide a level of comfort, safety and ergonomics which had never before been seen in heavy-duty trucks. The driver got only the most important information (the speedometer and tachometer were both digital) while the instrument panel was otherwise clean and uncluttered.

Previewing our current decade of concepts, cameras on the side of the cab and rear replaced conventional mirrors. There was an electronic ‘steer-by-wire’ system. The Radiance had no key – with a smart card in their pocket, the driver could start the vehicle. 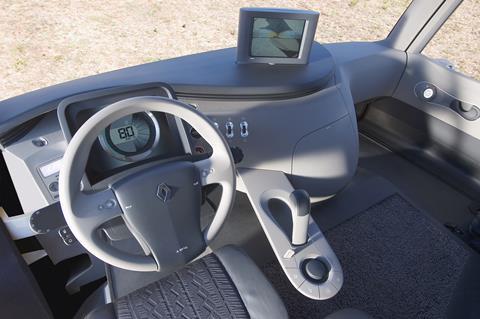 For the driver, organic curves, plenty of screens, and just the right amount of information. Note the automotive style steering wheel

The overall atmosphere of the cabin was described by Renault as a glass palace, with the broad panoramic windscreen, the dual moonroof glazing and the large trapezoidal side windows. The cabin could be quickly transformed from cockpit to hotel room, as the passenger seat could move aside for easy access to a banquette that could double as a bed for overnight journeys. 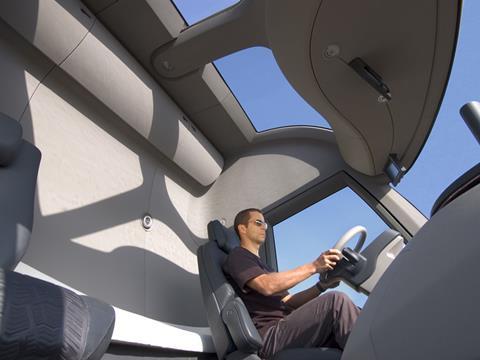 The Radiance was not Le Quément’s first truck project. He had directed the design of the Ford Cargo truck in 1980. That design, crisp and boxy with enormous glazing, set the standard for truck designs in Europe and beyond. It featured an interior inspired by a certain Danish stereo manufacturer well known for its sleek modernist themes. Of particular interest was the tall quarter-panel window at both doors, the better to allow the driver to see cyclists and pedestrians in city traffic. The project won a prize for European Truck of the Year in 1981. 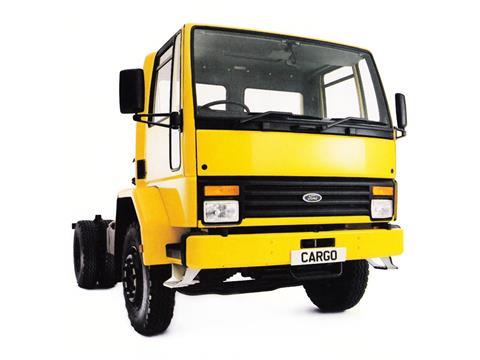 The Ford Cargo is an underrated Le Quément design; a design ancestor of the Radiance

Le Quément, in his recent book, Design Outside the Lines, relates that the interior of the Cargo was covered with a dynamic striped pattern seat cloth that was also used on the interior of the sporty Escort XR3. The Escort interior received positive reviews and Ford kept quiet about the dynamic trim’s source: the interior of a workaday truck 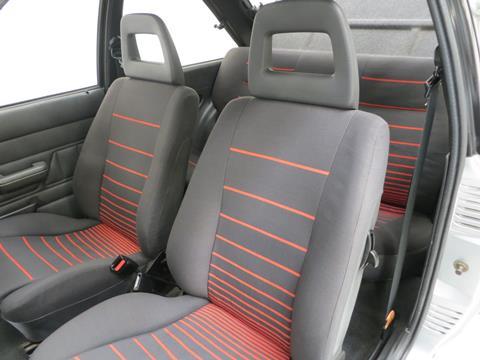 Seat patterns in the Escort XR3 (Mk.3) had their origins in the Ford Cargo lorry. Ford kept quiet about it though…

The Radiance was the star of the show at the 2004 IAA in Hanover. It was the culmination of a 12-month design and build process that was done at breakneck speed. It has remained one of Le Quément’s favourite designs – as has the Ford Cargo, which might be considered a spiritual and design ancestor to the Radiance.

The Radiance was a dramatic ‘what if?’ and its design still looks fresh today. Patrick Le Quément still considers it a “textbook example of simplicity and elegance”; a design, that even after 15 years, “retains a remarkable relevance to contemporary conditions.”

Who are we to argue with that? 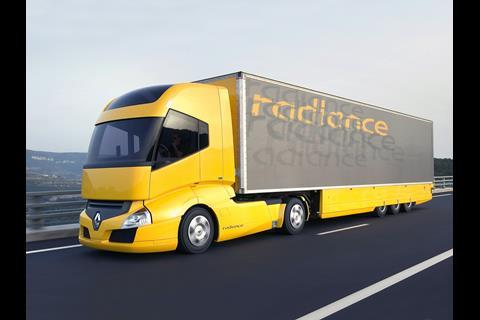 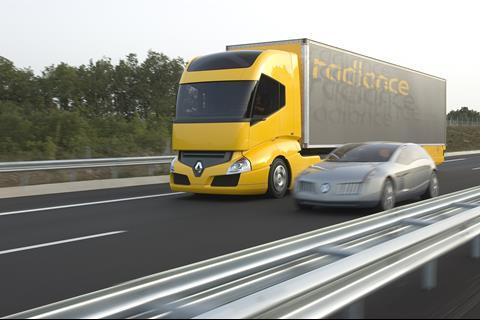 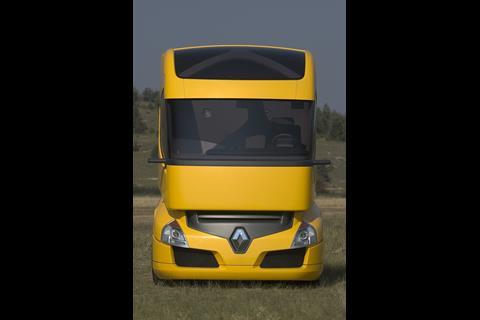 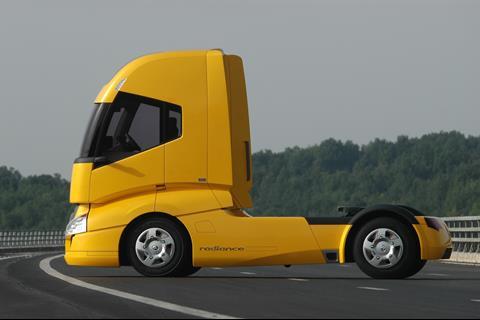 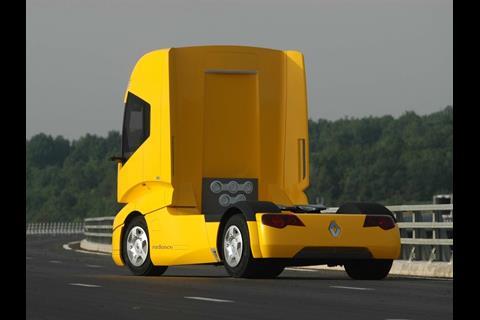 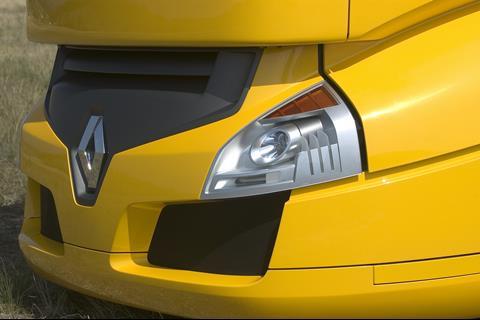 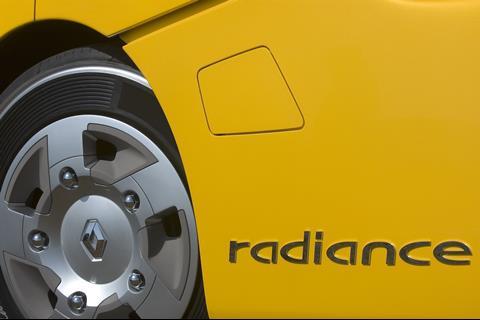 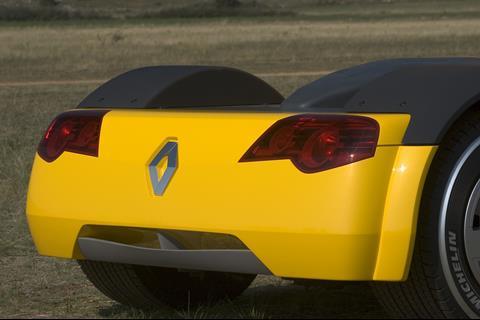 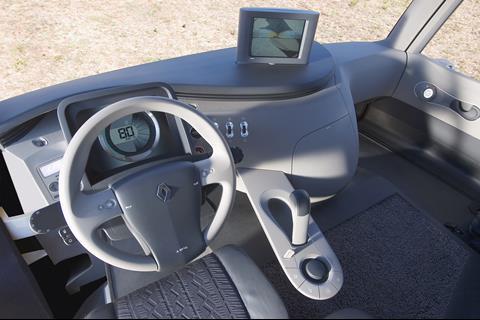 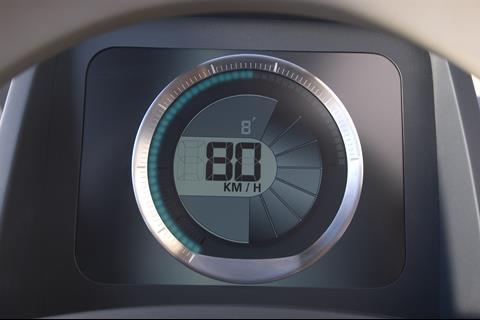 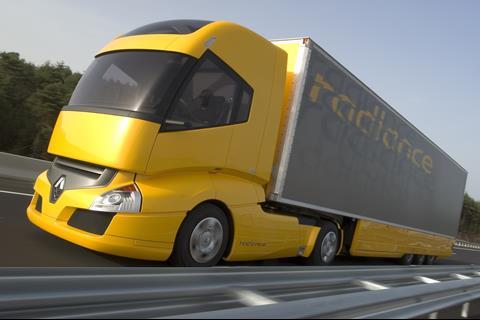 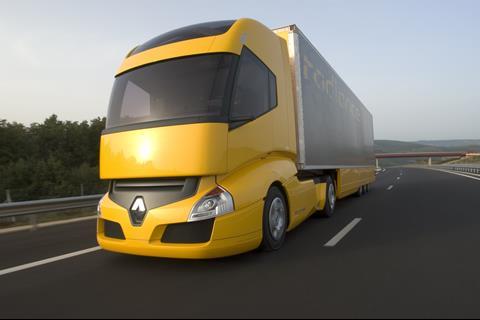