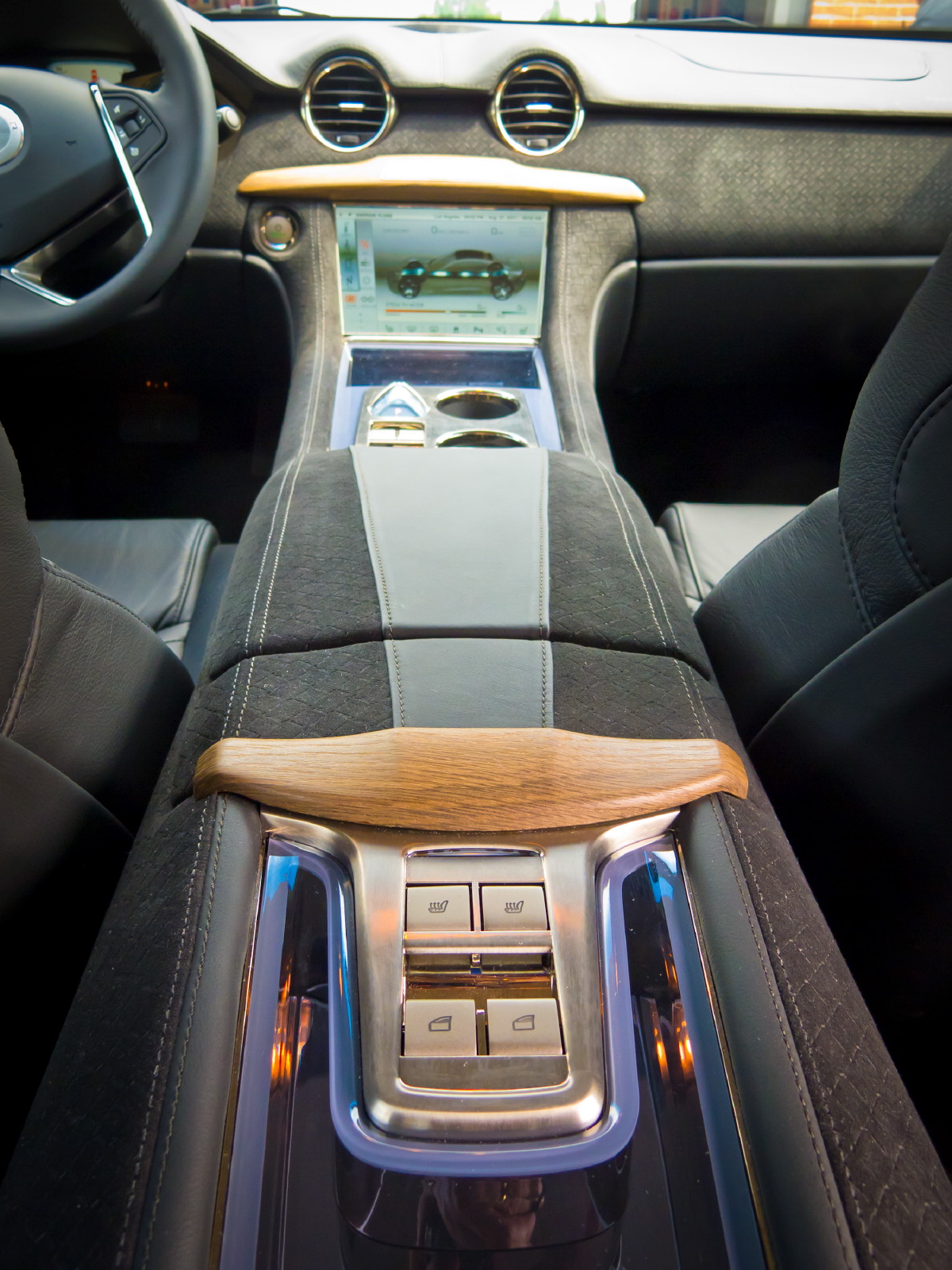 Advanced touchscreen is epicenter of the car. Click for larger images 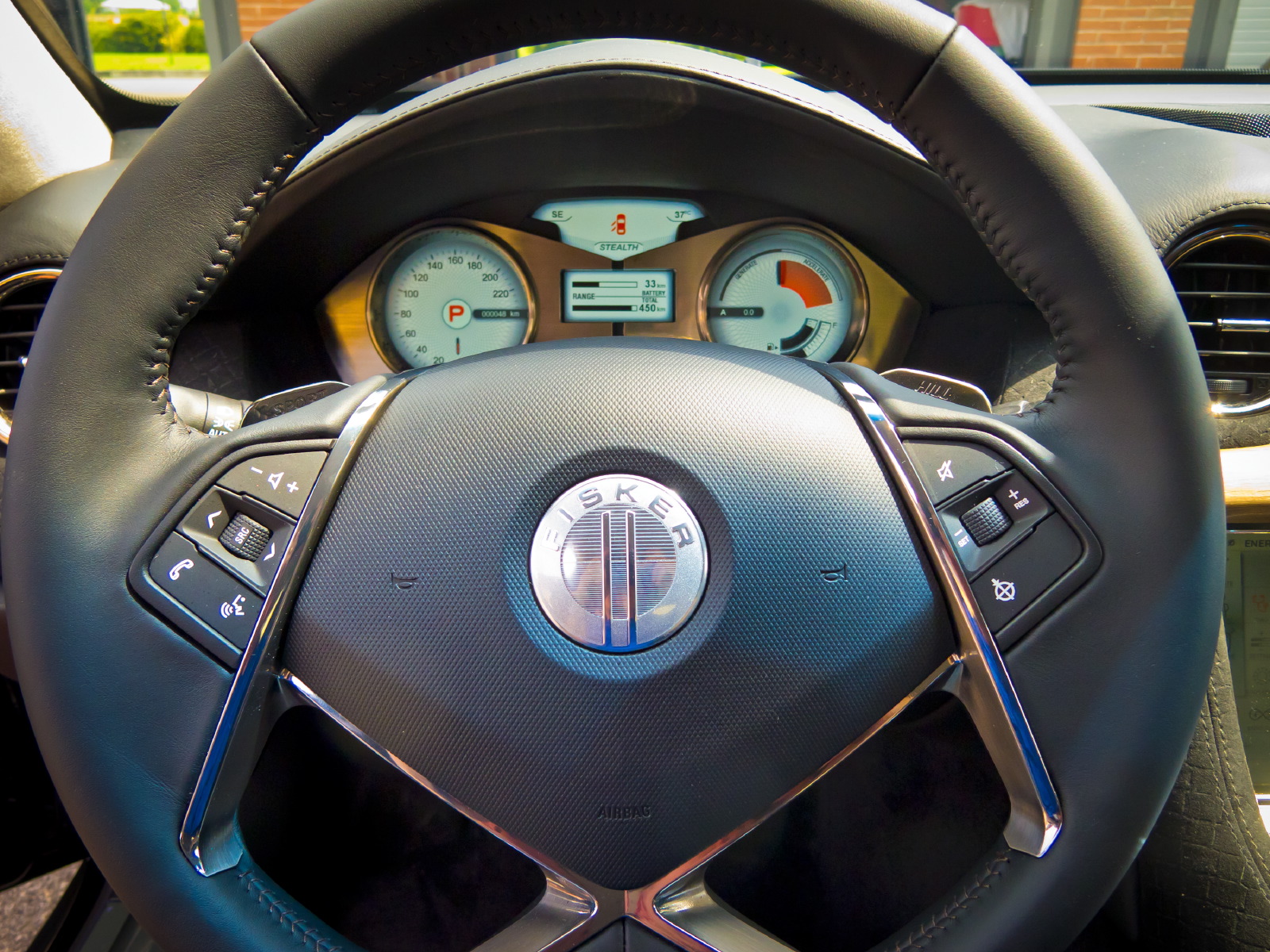 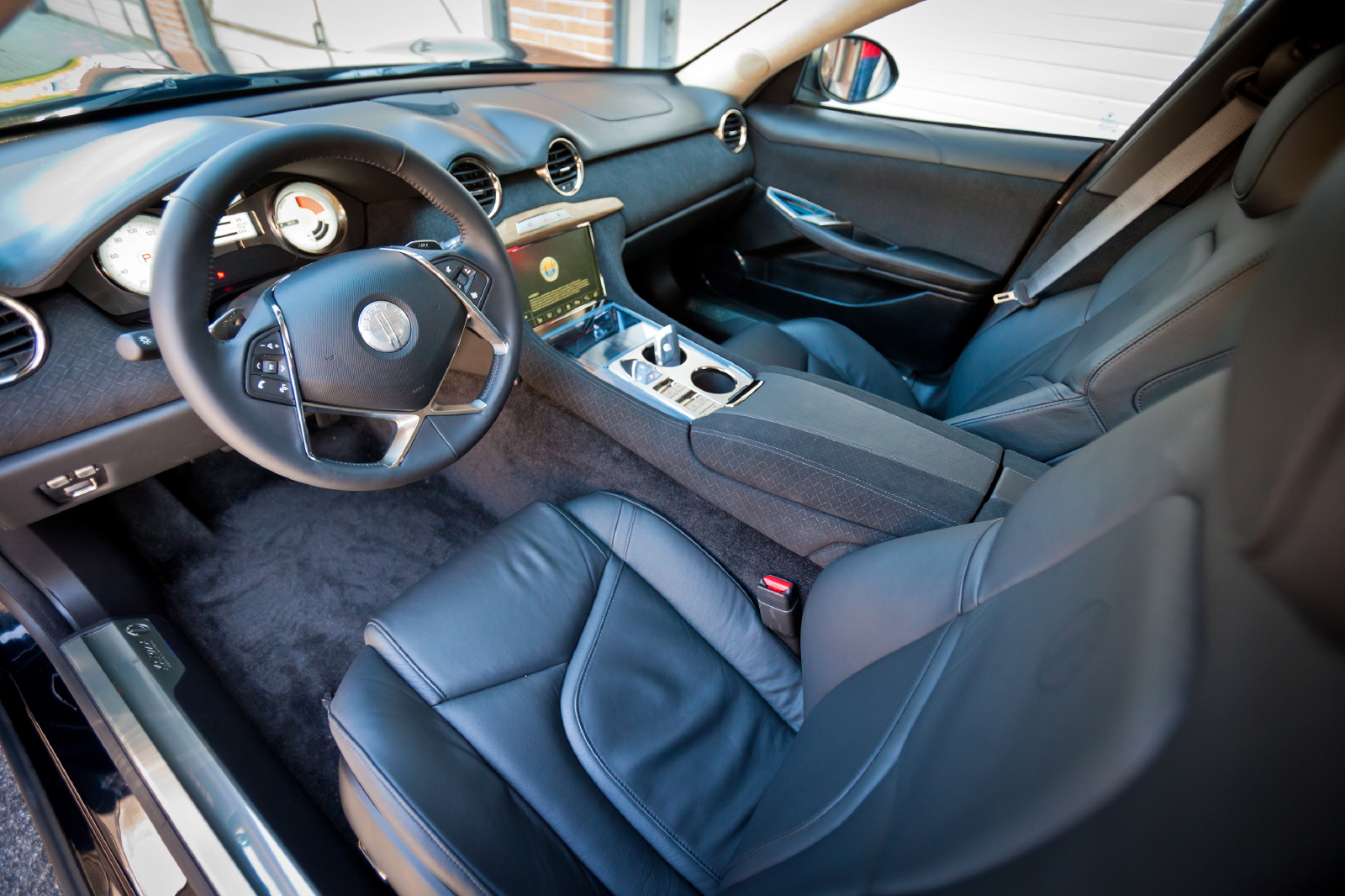 Karma's interior conveys modernity from design through to technological applications

The interior has almost no switches at all. Instead all of the main interior functions - including the audio, climate control and navigation system - are accessed by the touchscreen display.

The graphical design here - in what Fisker Automotive calls the Fisker Command Center - is quite unlike any other. The theme is the same in the instrument dials as it is in the touchscreen system. It is beautiful. My only reticence is that I was at first uncomfortable operating so many controls via a touchscreen. 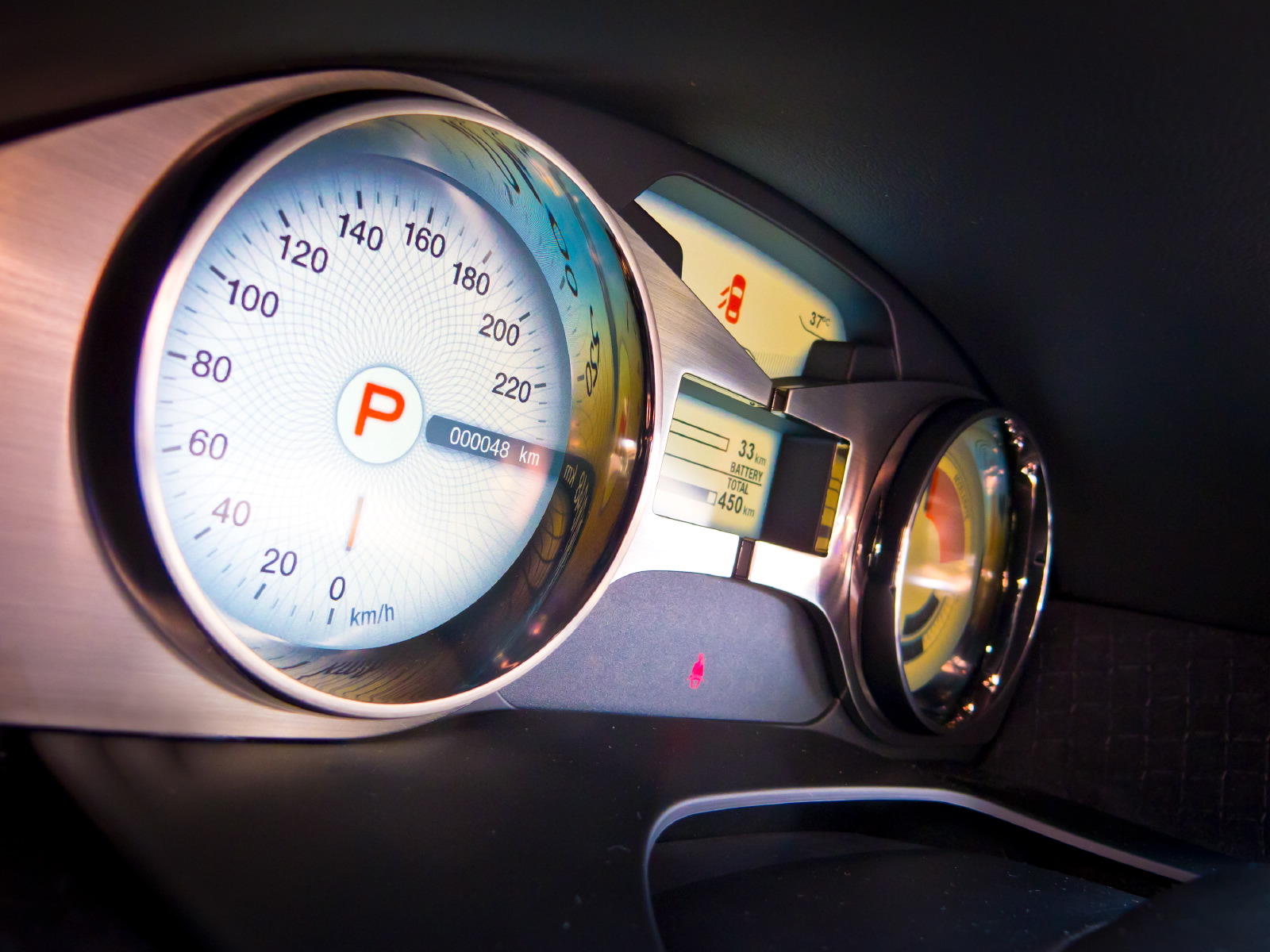 Simplistic beauty of the dial binnacle 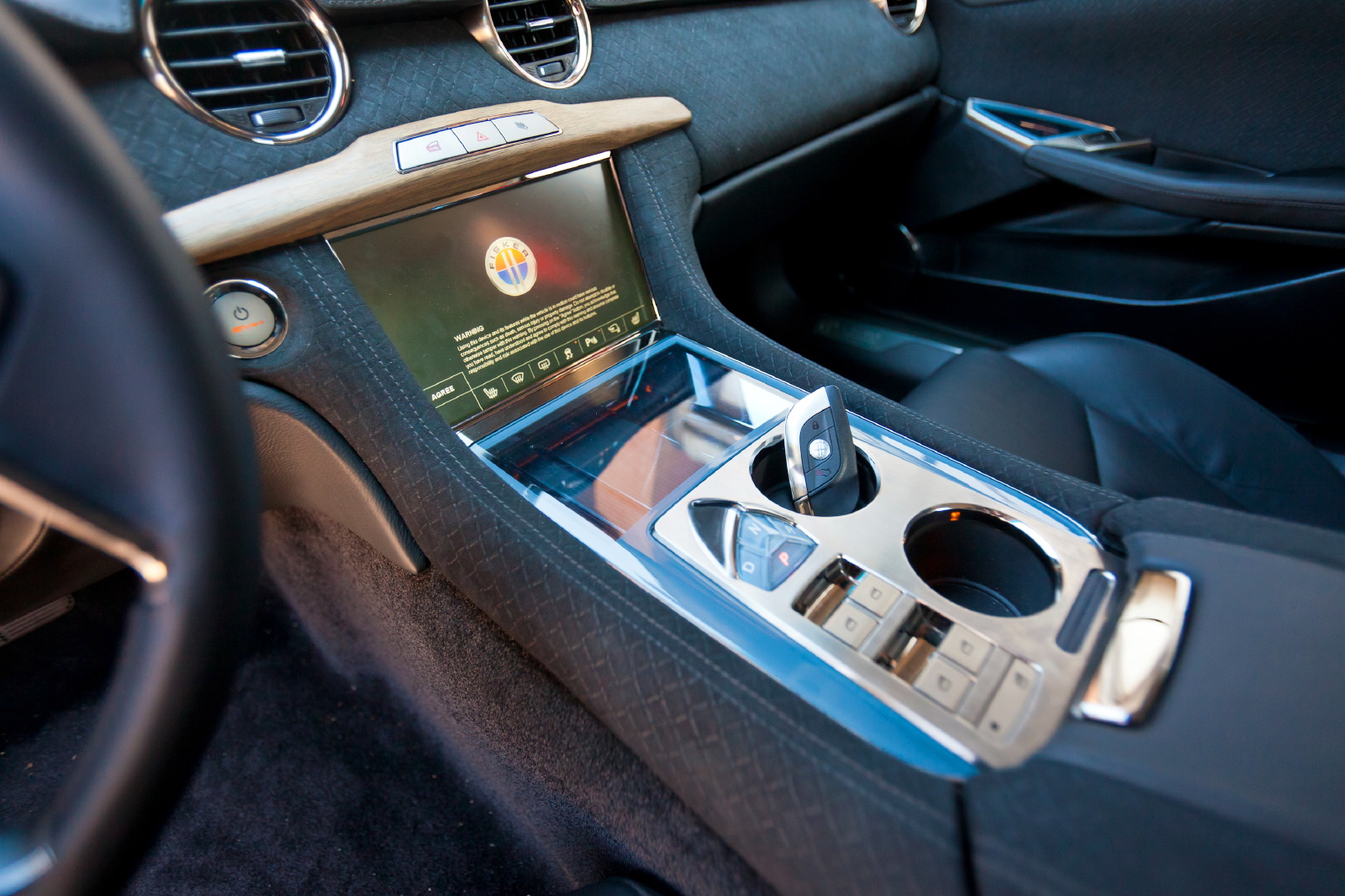 Ergonomic layout of the Karma's cabin is good 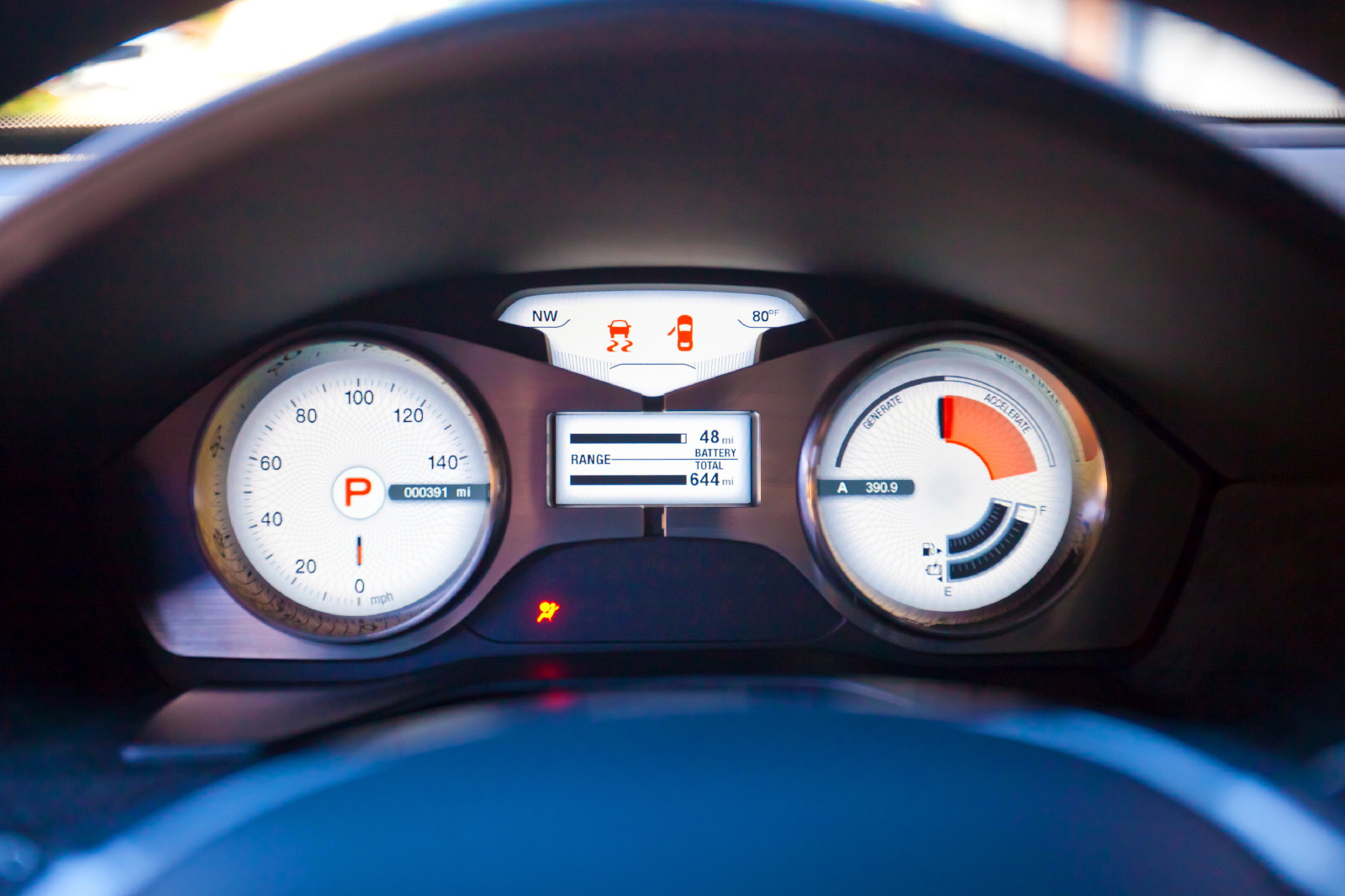 'Elegantly simple' effect of the cabin is evident throughout 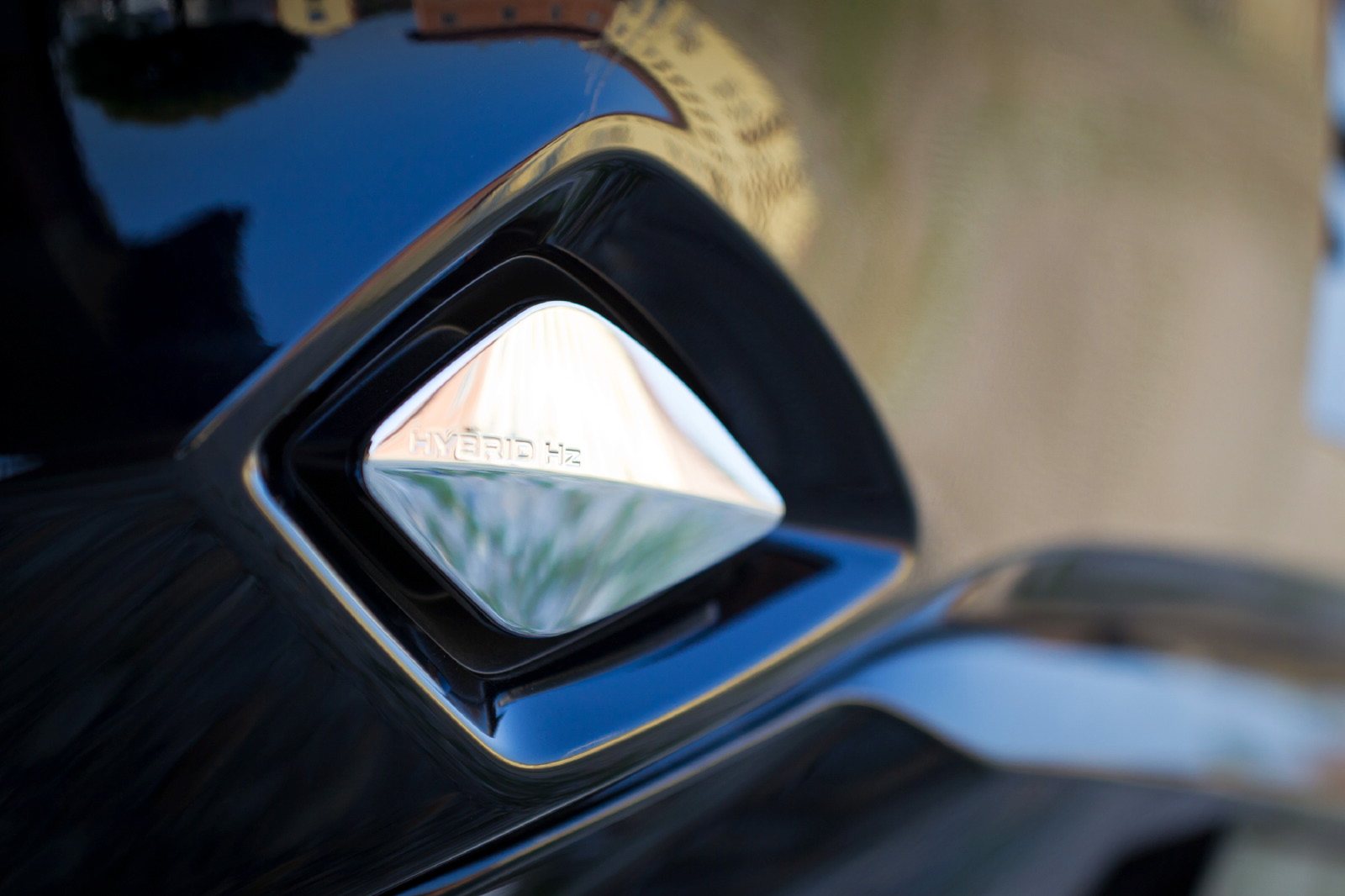 This is one area where Fisker Automotive has managed to keep its production complexity (and thus costs) down and produce a car so advanced. It does take a little bit of getting used to, but the lasting effect of eliminating so many switches is to produce a system that feels, if not futuristic, then certainly utterly up to the minute. If it wasn't for the Apple iPad it would appear positively space age. More importantly, it allows the interior to remain elegantly simple.

Ergonomically the interior layout is excellent. Everything is within reach and the driving position is good. In fact, driving the Karma is a very comfortable experience, helped as it is by an interior whose premium feel is boosted by the almost-entirely quiet nature of driving in ‘Stealth' mode, the Karma's electric-only drive state. Sure the Karma feels fast ,but it is speed in the absence of wind noise too. This is as premium a drive as any car I've driven.

Cleverly, Fisker has created a branded driving sound effect to further enhance this sense of wonder. Driving in near silence, rear bumper speakers - which look like chrome tail pipes - emit a sound which Fisker Automotive calls ‘Tron' to warn pedestrians of its arrival. The sound is synthesized, satisfyingly ‘alien' sounding and strangely agreeable. Driving the Karma is almost entirely stress-free.

The Karma could never have been produced by any other manufacturer: from the touch sensitive door (opener) switches, created to reduce interior complexity and cost but which instead communicate modernity; to the solar panel roof which harnesses up to 200 free miles of charge per year, and which says far more about the Fisker Automotive's aspirations as a brand.

At the 2008 Detroit show the Fisker Karma certainly raised eyebrows. In 2011 it has raised the bar. Is it perfect? Surely not. But it is undoubtedly the most surprising example of an electric car seen so far. Stuttgart and Munich in particular must now surely find an answer.