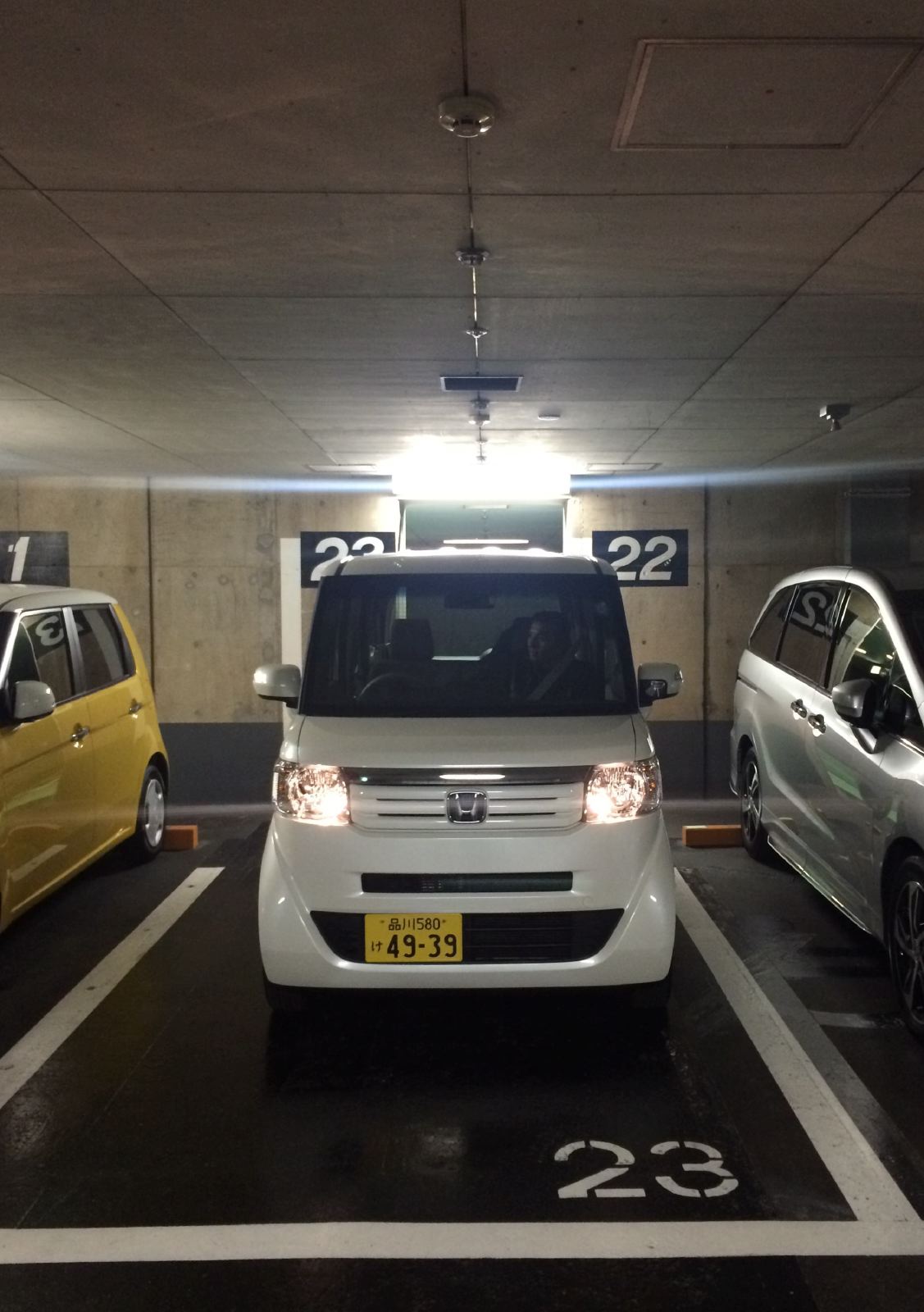 Honda N-Box at home in its native Tokyo. Click for larger images 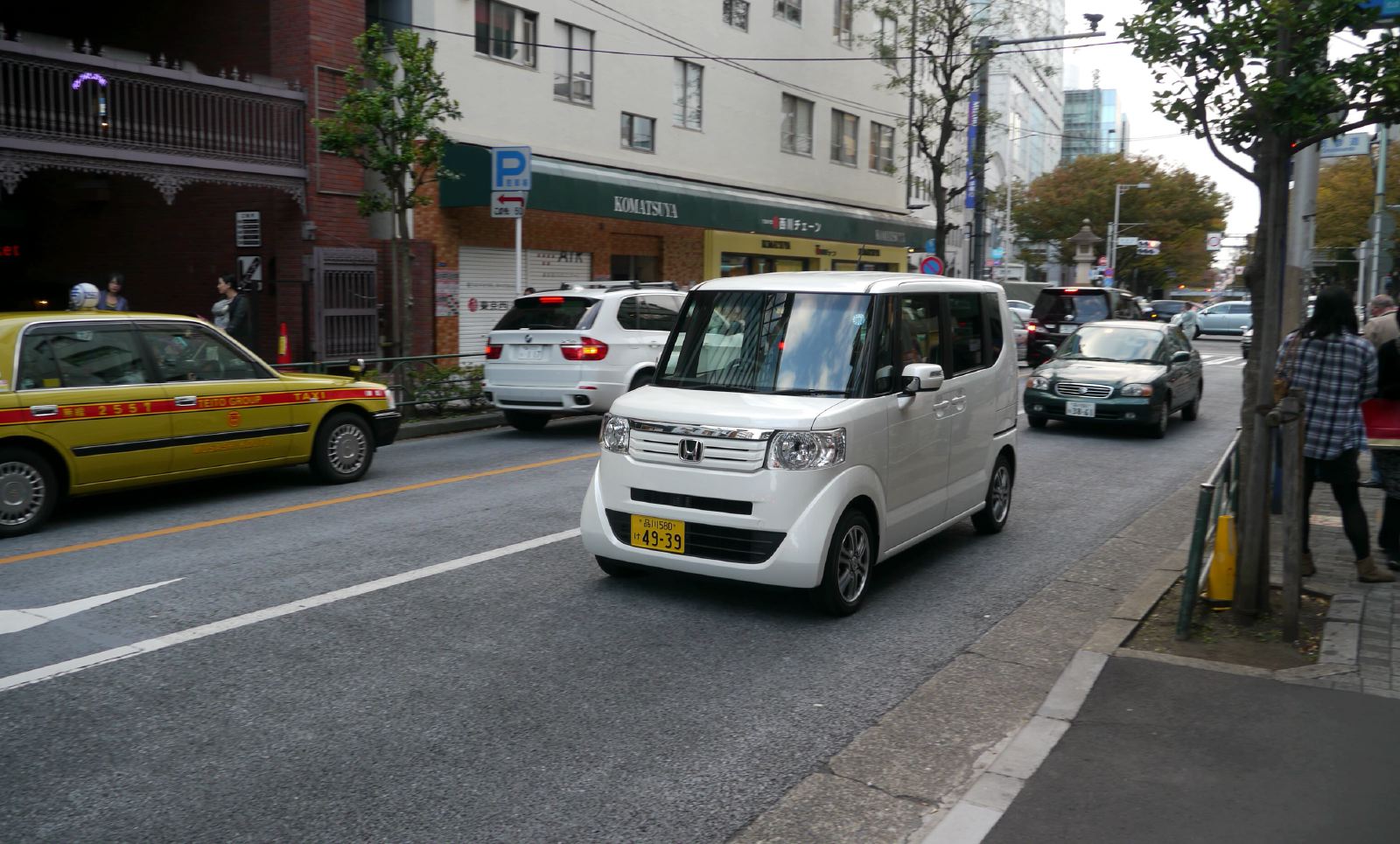 Despite its size, the N-Box is a confidence-inspiring machine 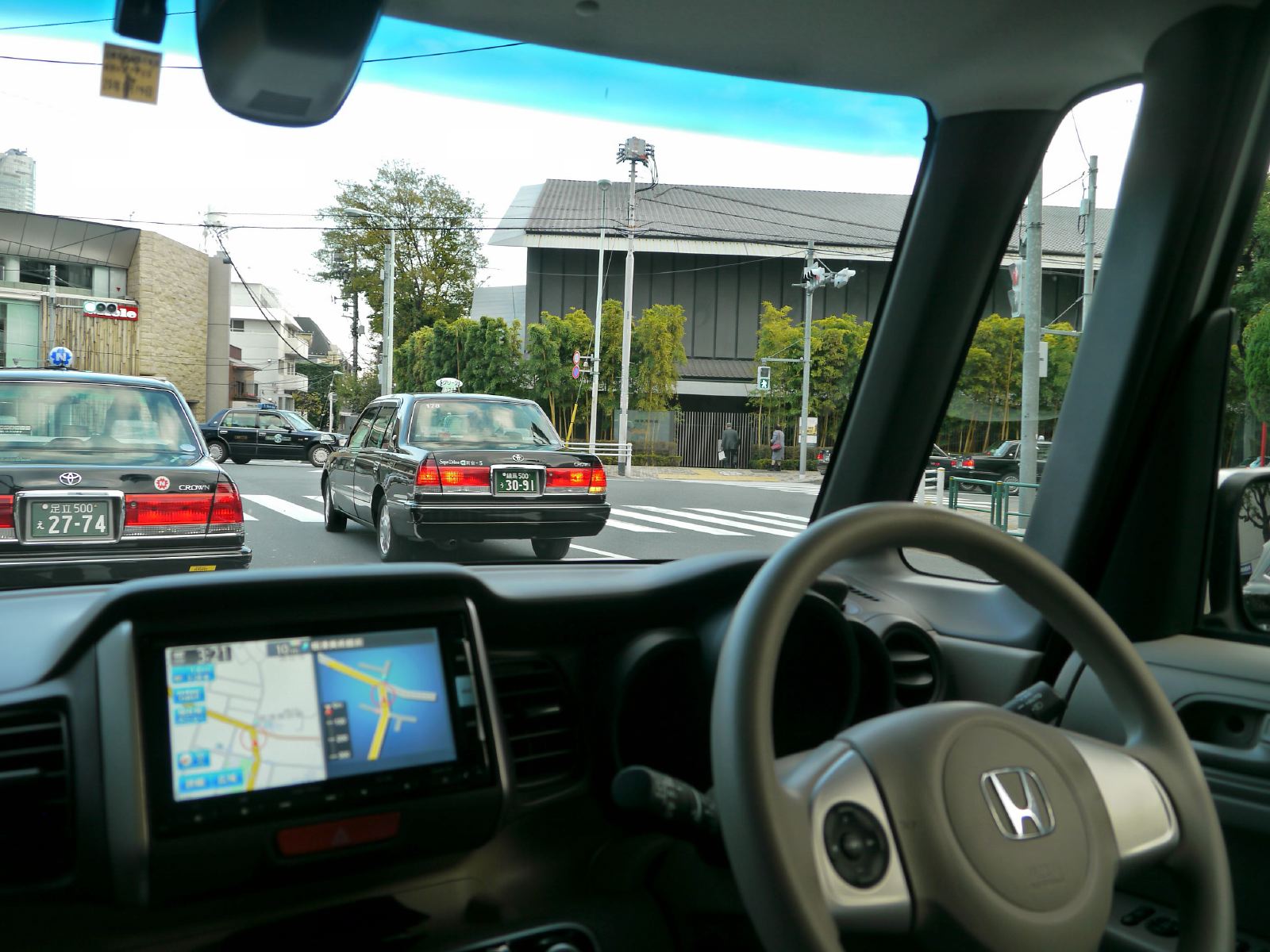 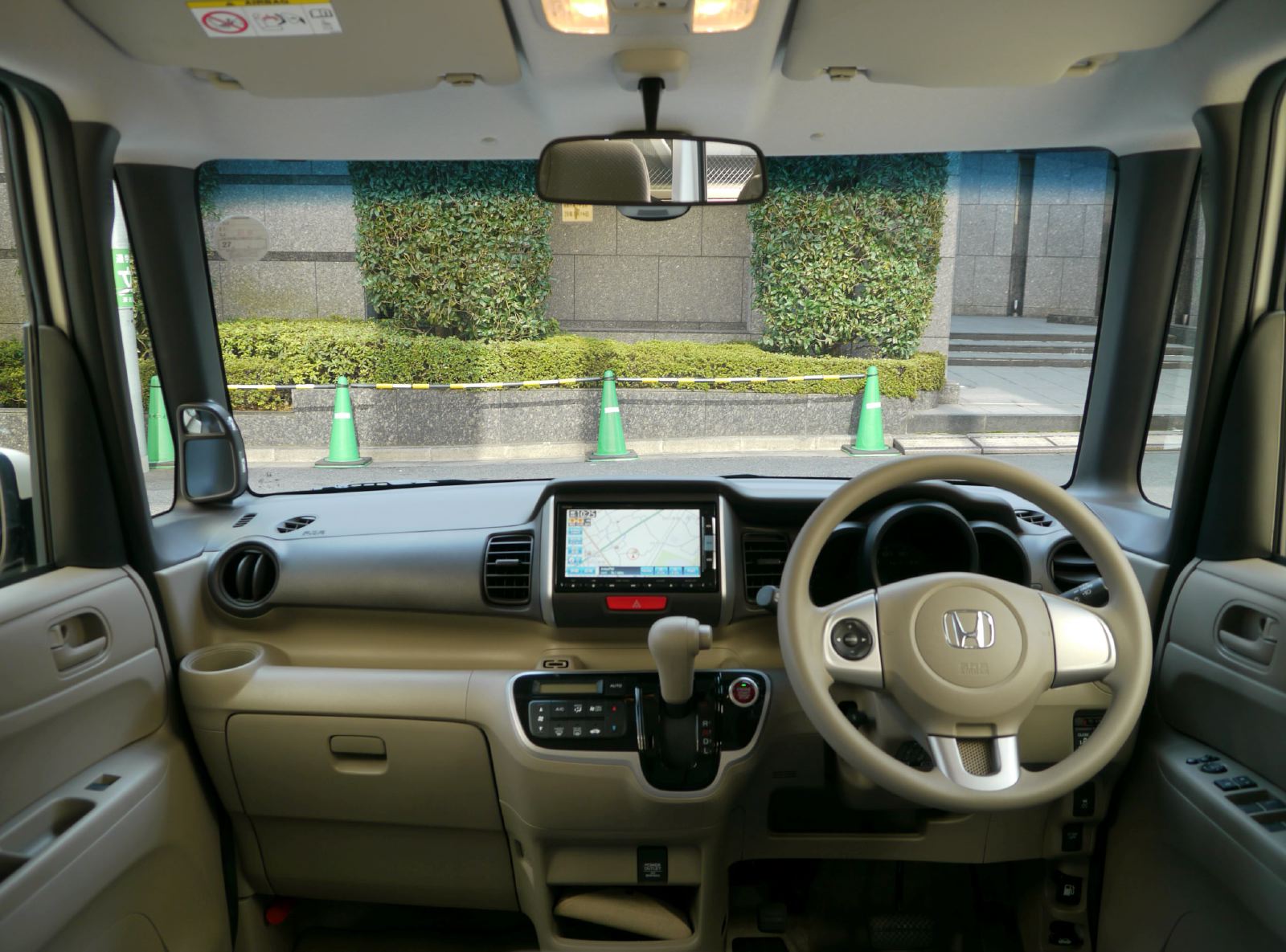 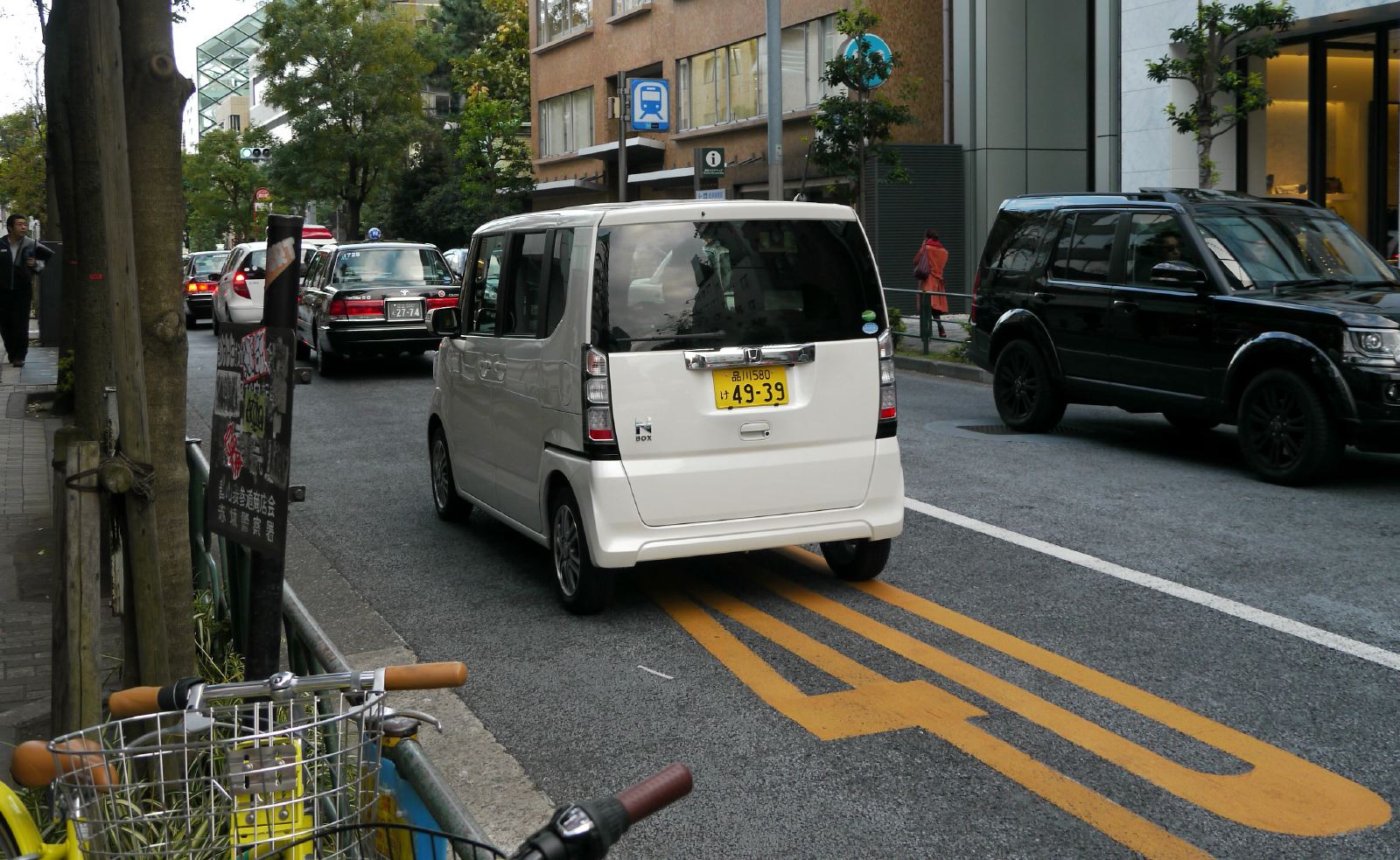 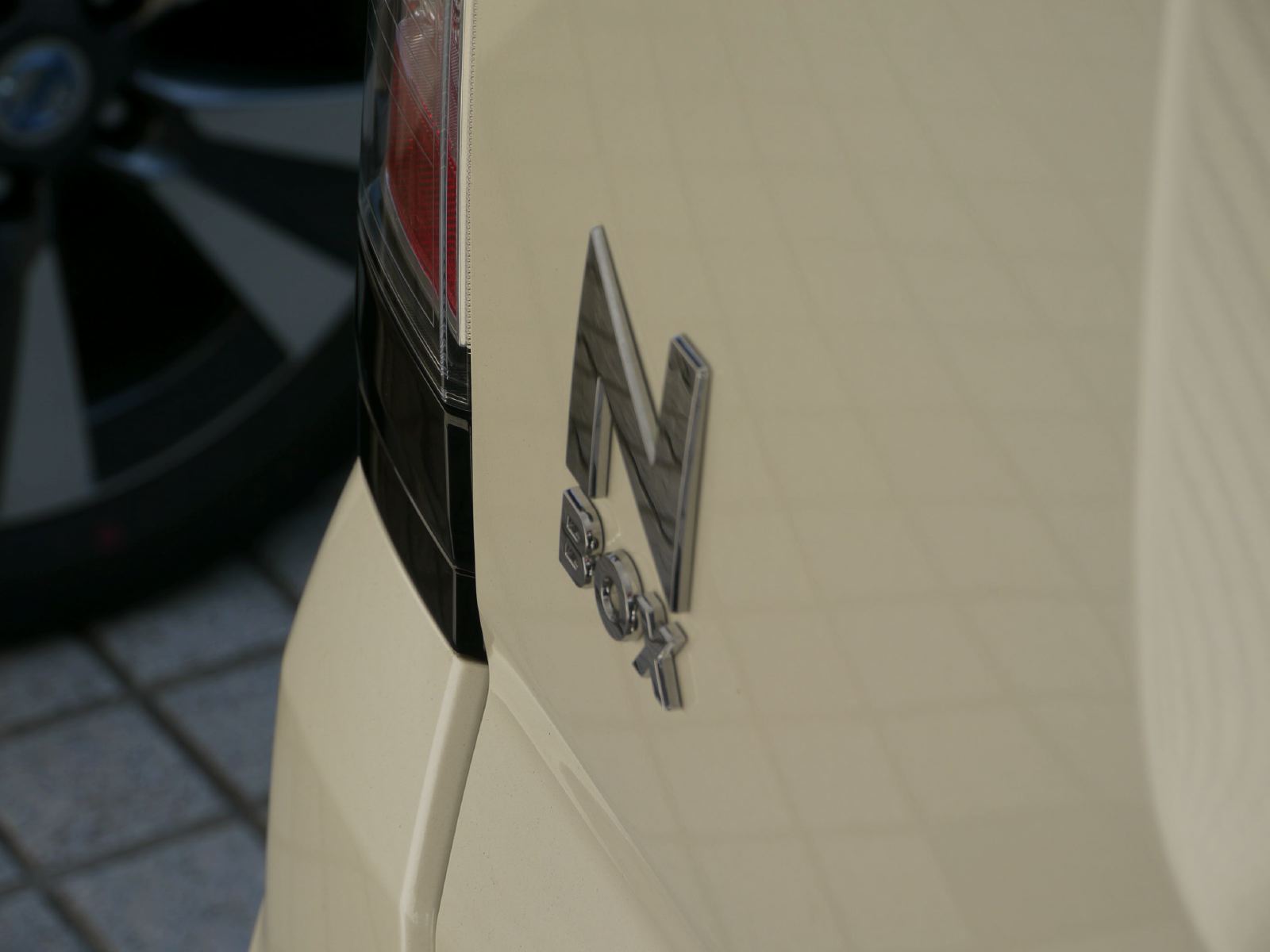 In order to really understand the car culture of a country you have to drive on its roads, preferably in a vehicle indigenous to the place. So, when we found ourselves on the streets of Tokyo, the only logical choice was to take a kei car.

These little machines are unique to Japan - restricted to 3,400mm in length, a width of 1,480mm and 660cc in engine capacity, they offer tax breaks over more conventional cars and, as a result, account for 39 percent of all car sales in Japan. More kei cars are sold here than the total number of cars in France each year. And the best-selling of all is the Honda N-Box of which 235,000 were sold last year. 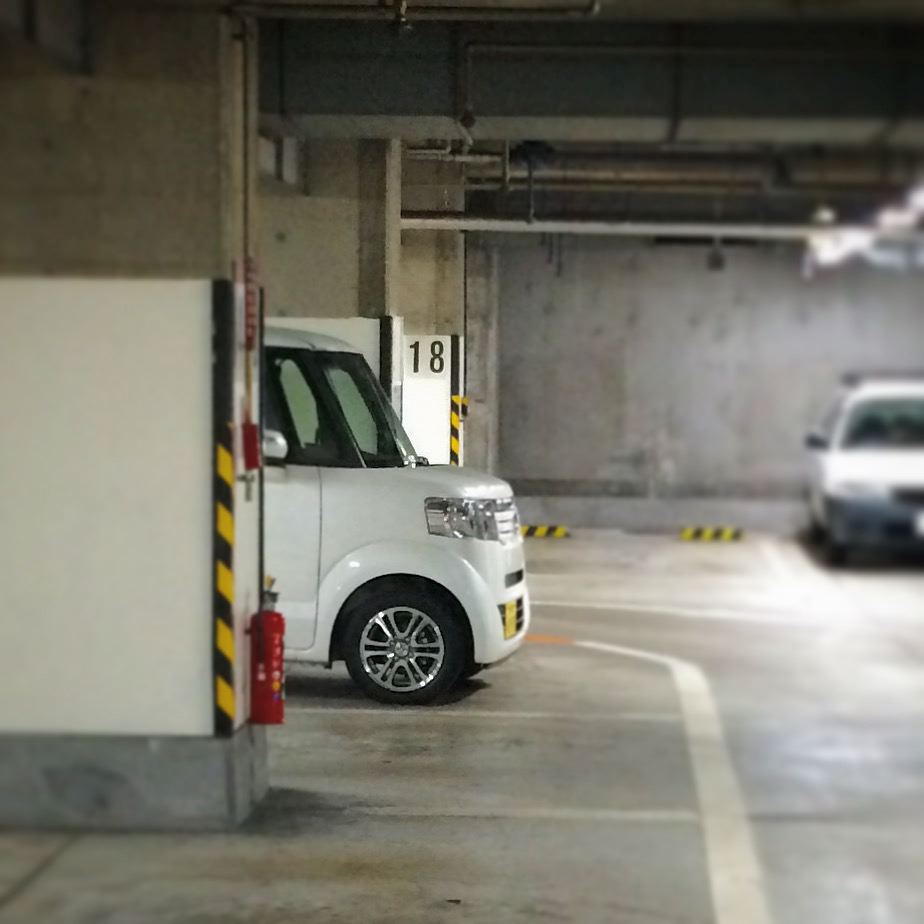 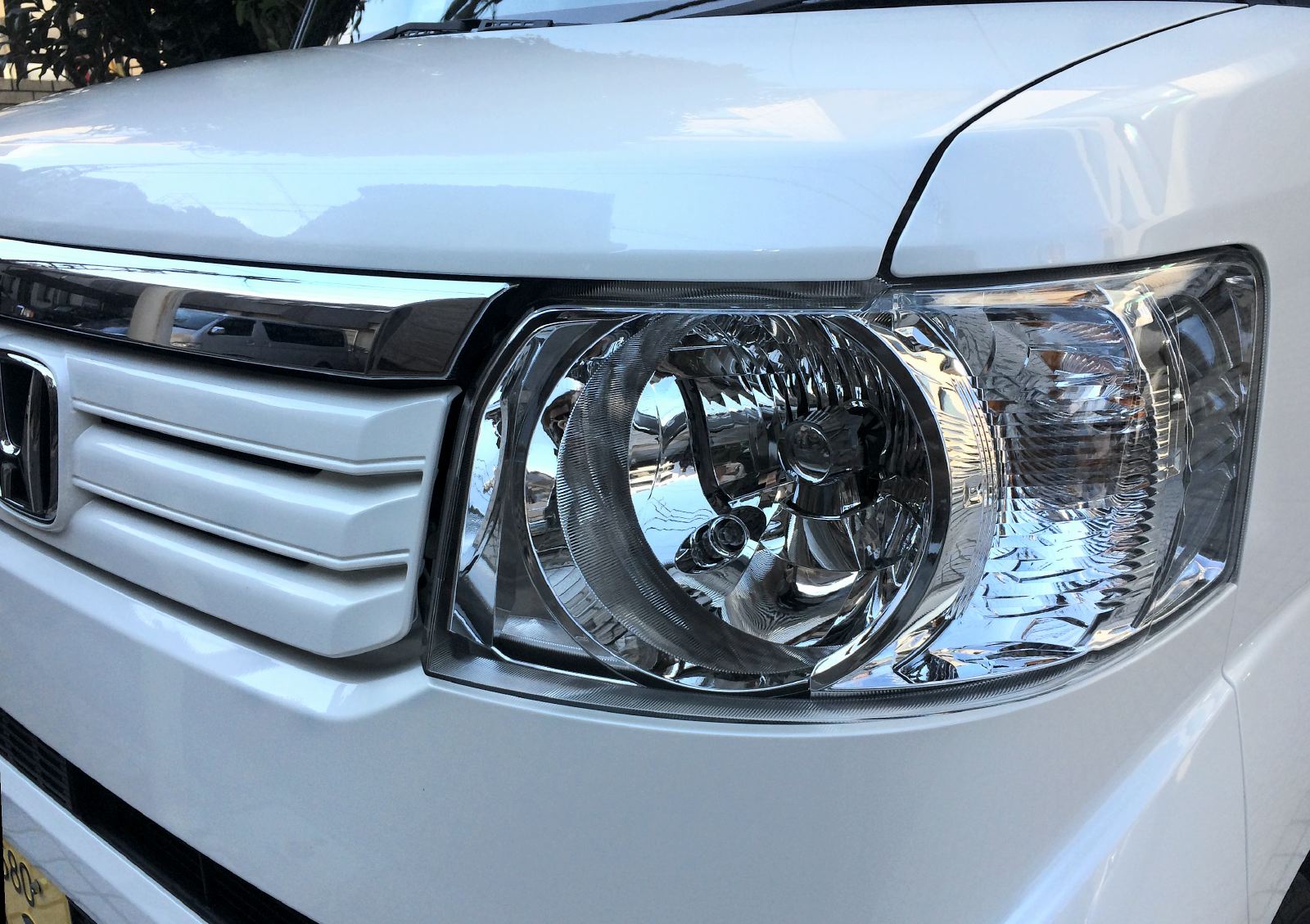 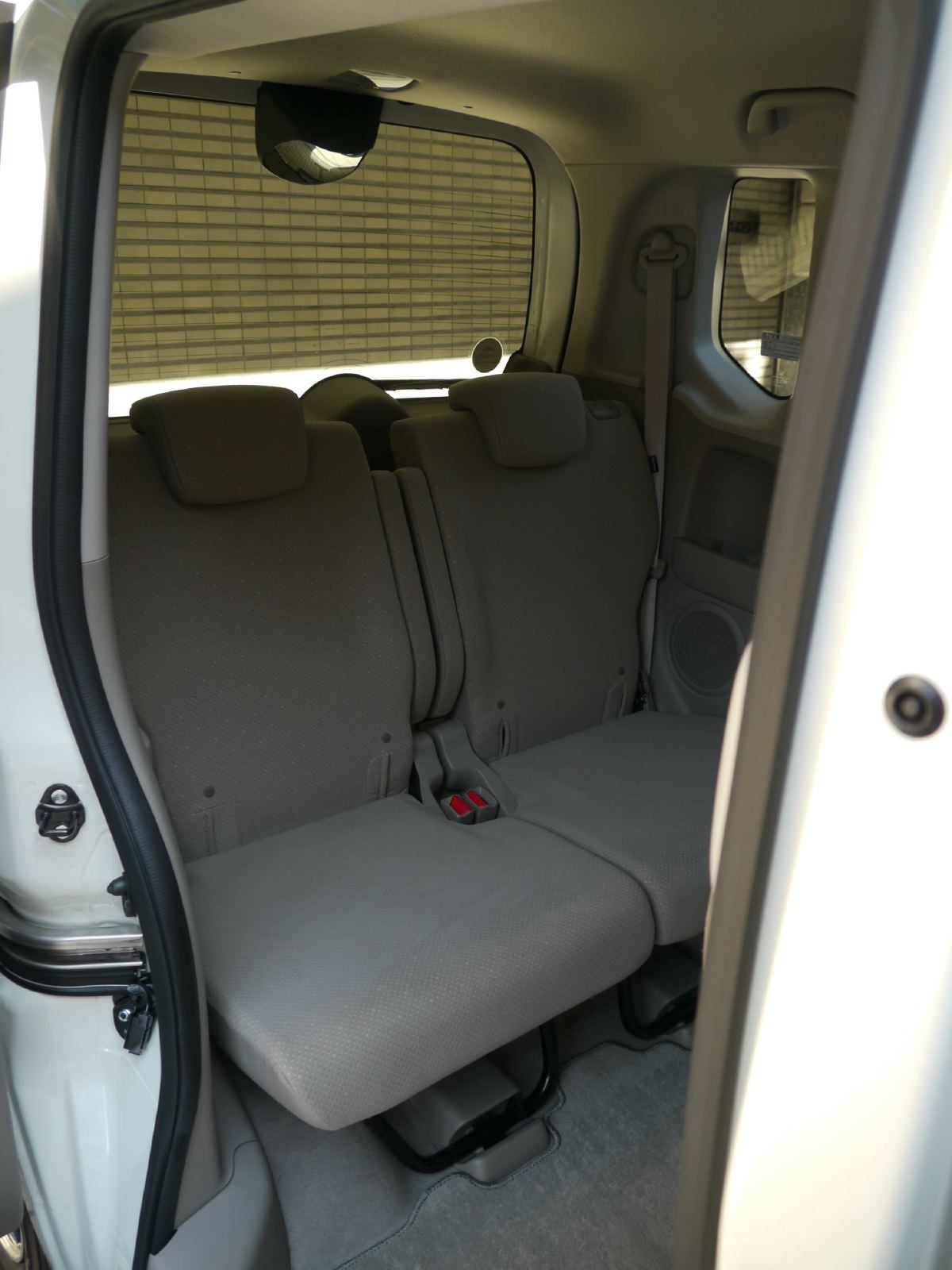 Rear seats offer superb space for passengers (above) or luggage (below) 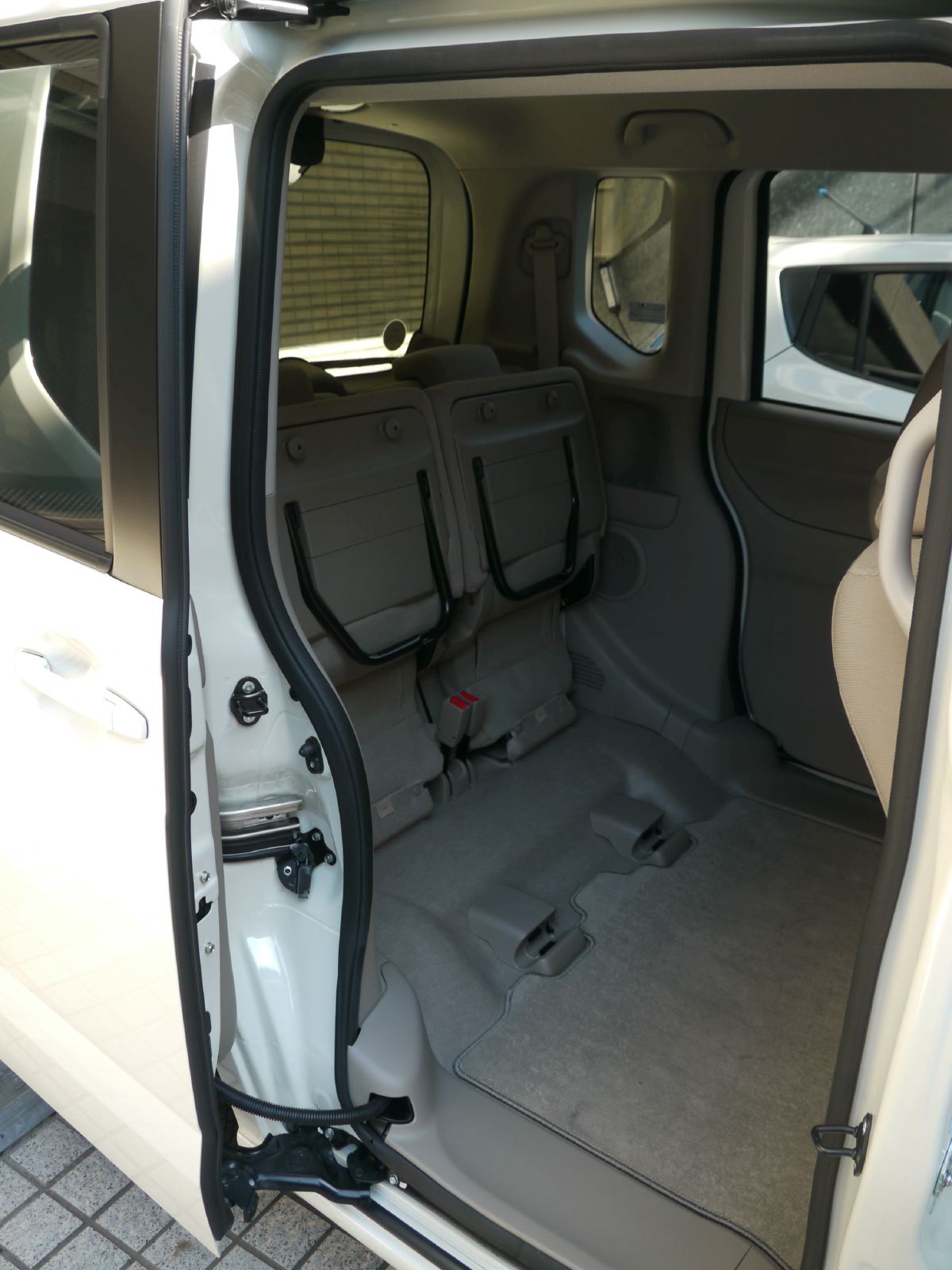 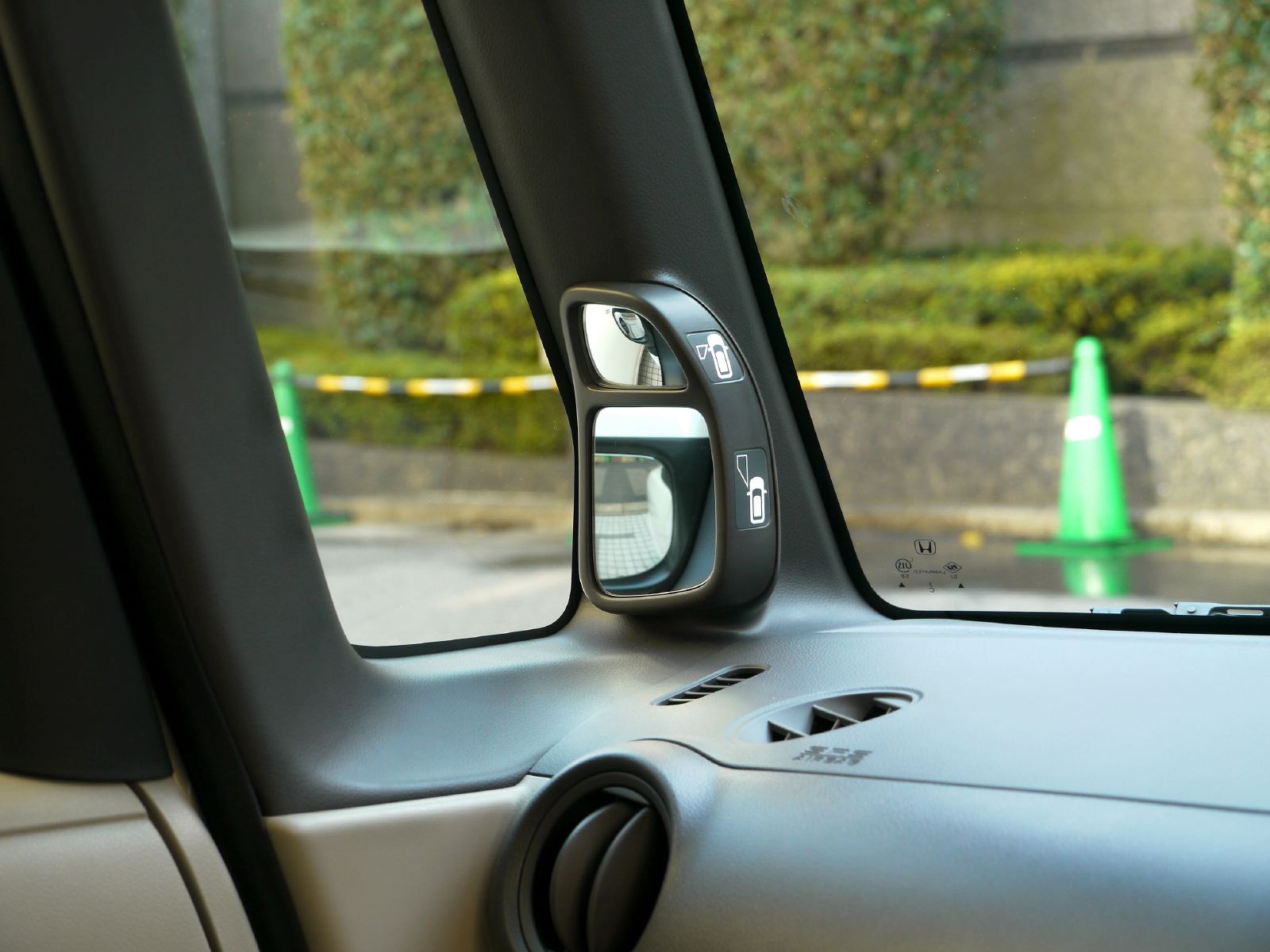 But to be honest, we didn't choose the N-Box because it's the best-selling of its genre, but rather because it represents the very essence of the type. Honda also produces the N-Wgn, a slightly sportier offering (it's all relative) and the N-One, a cutesy, doe-eyed retro cutie that's Japan's answer to the Fiat 500. All three share basic mechanicals and architecture, but for a true kei car initiation, squareness is key.

The first thing that strikes you about the N-Box - any kei car - is its size, particularly its narrowness. But the high hood (if such a foreshortened surface can be described as such) and fender surfaces that wrap into the lower mask counterbalance its vertical flanks and high roof.

Hopping in couldn't be easier for any of the four occupants. If you're a rear seat passenger the electrically sliding doors that open to the flat floor's level and that high roof mean dropping onto the surprisingly rearward-set seats is simple. The amount of space back here is startling. With front doors that open up to 90 degrees and a flat seat base with a high H-point, those in the front will hardly struggle either. Despite the car's narrowness, the lack of tumblehome allows the seats to be set far outboard, meaning at no point do you feel uncomfortably close to your passenger. Lift up the center armrest however and the bench seat means you can get as close as you like...

There's an airy, laid-back feel to driving the N-Box of the sort that felt such a revelation when we sampled the much larger Citroën C4 Cactus earlier in the year, but which kei car drivers have been enjoying for decades. With a panoramic view afforded by its large windscreen and upright, split A-pillars it's a great place from which to obverse. Its visibility allows a level of precision in placing the car through gaps in narrow traffic and negotiating narrow streets and is one of reasons this car is so relaxing and easy to drive. Clear, simple controls only add to this. Our only major complaint is a driving position that places the steering wheel too far away.

It's hard to imagine an easier car to park, but in the land of the Washlet there are a multitude of helping hands to reduce the burden of squeezing into the tightest of spaces. In addition to the reverse camera that displays on the large center screen, there are also a series of mirrors around the car. The one set into the top center of the rear screen, looking vertically down the upright tailgate is useful, but the two on the nearside A-pillar are especially ingenious. The upper one is angled downwards to offer a view of your proximity to the curb, while the lower of the two works in conjunction with a forward-facing unit on the front of the wing mirror to show the front corner. It's a brilliant, low-tech antidote to the plethora of cameras and radar sensors that many new cars lug around.

This is a great example of the level of refinement and detail execution common in the kei car category. Without the ability to differentiate in size or performance due to restrictive legislation, manufacturers apply their efforts to creating the most sophisticated and refined cars with surprisingly high perceived quality. But while all this is great for the consumer, manufacturers are finding the segment ever more difficult to draw create profit from.

With low sticker prices and relatively high production costs due to their high equipment levels, there's little margin in these little boxes of tricks. Added to this, the economies of scale are beginning to stack up against the kei car - they are too specific to the Japanese market to export and the domestic market itself is shrinking. In an effort to encourage buyers into larger (i.e. more profitable) cars, the Japanese government has reduced tax cuts for yellow-plated keis.

However, there appears to be more than fiscal advantages that continue to drive kei car sales. The extremely compact exterior dimensions and tight turning circles are invaluable in Japan's myriad of tiny streets and seemingly impossibly tight parking spots. And, when these cars have evolved as far as the Honda N-Box in question here - into a characterful, supremely spacious, versatile, comfortable and economical companion - it's easy to see why so many find homes each year.