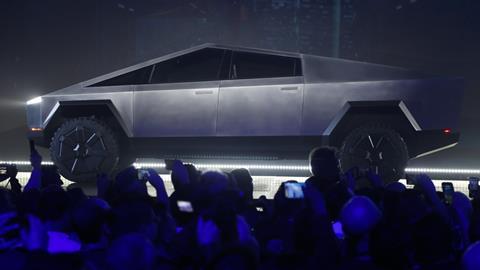 In his usual tent-revival style, Elon Musk has revealed his long-awaited pickup truck at his Hawthorne, California headquarters – eschewing the more traditional reveal venues at the nearby Los Angeles Auto Show. Accompanying the “Cybertruck” reveal was an ATV that, naturally, fits into the bed of the exotic zero-curvatue pickup.

Unlike the Tesla sedans that are relatively conservative in design, the Cybertruck is a polarizing trapezoidal shape that seems like an alien spaceship or a prop from the Batman movie franchise. Musk himself has described the truck as having a “futuristic-like cyberpunk, Blade Runner design.” Musk also claims to have been influenced by James Bond’s Lotus submarine in the movie The Spy Who Loved Me (video of that here).

From certain views the truck appears as a cab-forward, lo-fi take on the four-door “SUV coupé” style that’s become prevalent. But the ‘fastback’ on the car is actually a tonneau-covered bed; the passenger compartment is contained in the front half of the trapezoid. 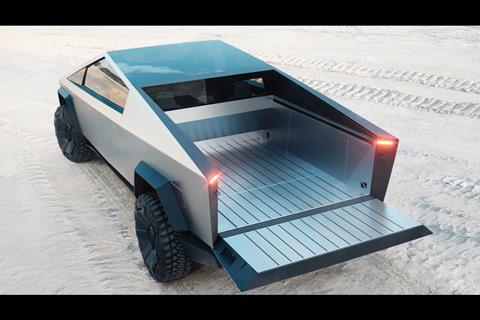 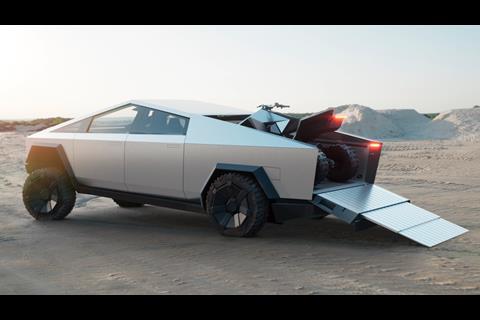 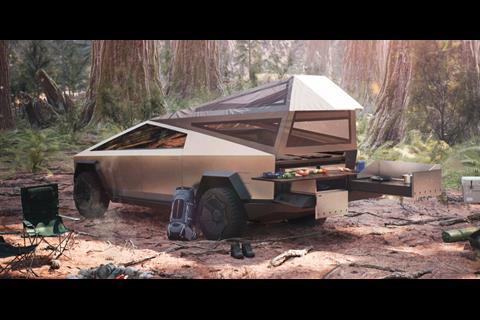 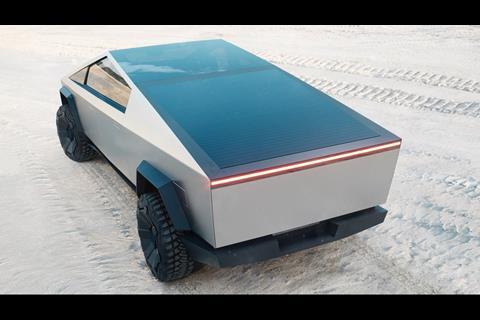 This is reflected not only in the shape, but also in the Cybertruck’s angular stainless-steel alloy body, which Musk claims can not only stand the abuse of a sledgehammer, but even certain types of small arms fire. 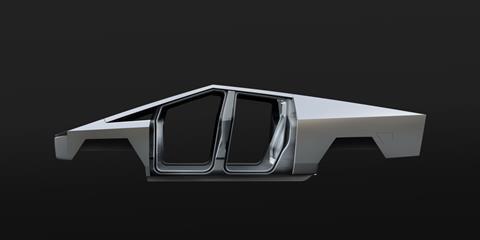 Three ranges will be offered 250+ miles at the low end and 500+ miles at the top end. Three motor configurations are offered: a singular rear-wheel drive, a dual-motor front and rear wheel drive, and finally a powerful three-motor (one forward, two aft) solution for maximum torque and power.

Naturally the Cybertruck is a speed freak, with Musk claiming a 0-60 mph time of 2.9 seconds, and a quarter mile run in under 11 seconds for the tri-motor version. Of course, speed is only one measure of performance, as Musk claims a towing capacity of 14,000 pounds (~6350kg) as well. 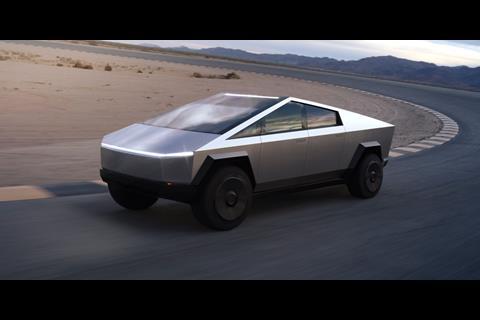 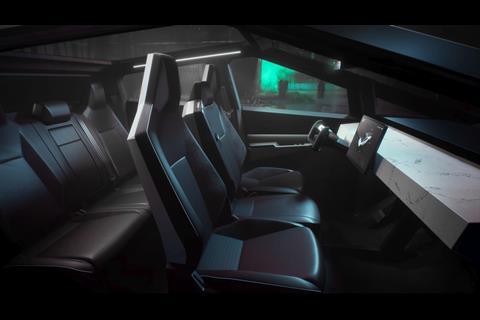 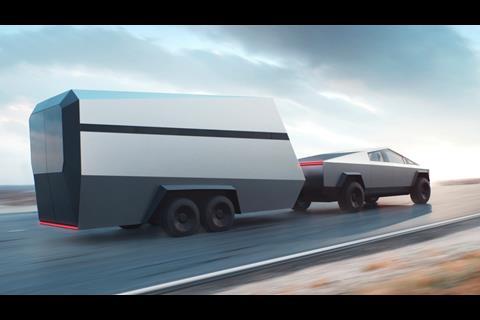 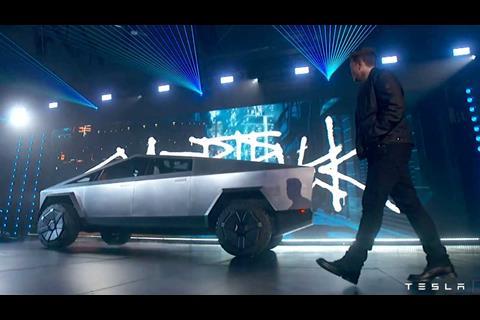 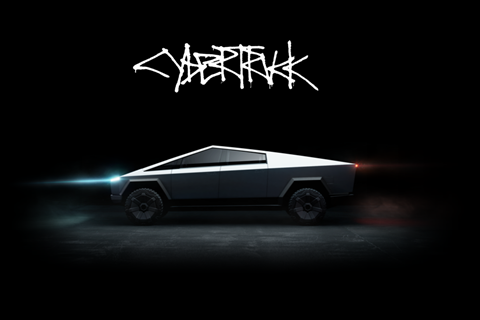 Although Musk (and others) compare the Cybertruck to the Ford F-150, the largest selling pickup in America for over a generation, it may be more accurately compared to the new generation of electric pickups such as Bollinger and Rivian, which make similar claims in terms of power and range. Musk claims the lower price, as his trucks will allegedly begin sales at just under $40,000. Rivian is close behind Tesla’s top-end $70,000 tri-motor Cybertruck in terms of price, while Bollinger is at the top with his $125,000 “forever truck”.

All of these trucks are in the prototype stage and all are due to go to production in the next 18 months or so, the company claims. It will be interesting to see how each progresses – and whether the promises made at their respective launches can be kept.

In the meantime, Elon Musk can definitely claim the science fiction prize for his Cybertruck.

Assuming it comes to market in the same form, it could bring a new era of truck design to the American market and beyond.