The launch was glitzy, held in the gardens of the Art Center college in posh Pasadena, eminent guests such as Syd Mead were wheeled on, and ex-BMW design head Chris Bangle did his best high-energy Willy Wonka impersonation as master of ceremonies and head of design.

And the car? It was about as surprising and entertainingly individual as possible. Bangle, it seems, has pulled off another divisive but confident move. 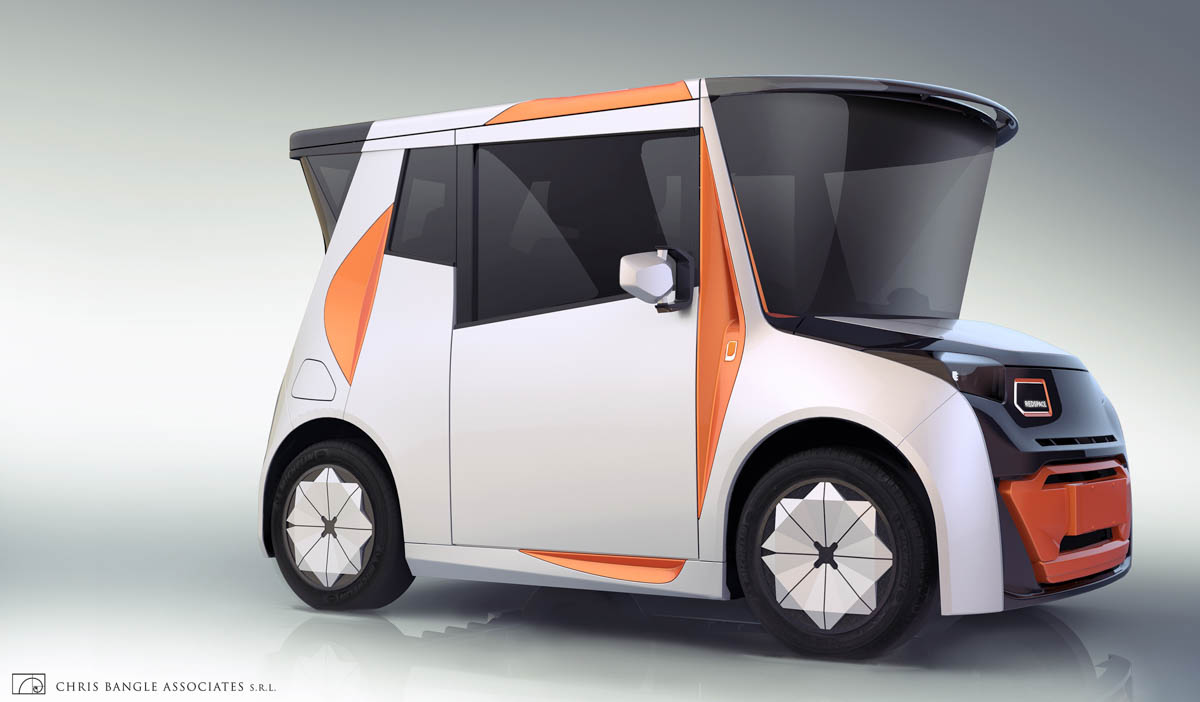 The concept of what will be known as Reds, as explained in the video below, is all about mobility in megacities. So it’s tiny at just under 3m long – cleverly illustrated by taking a large slice out of the middle of a model Fiat 500 – has a neatly packaged and highly flexible seating arrangement, is of course electric, and is designed to be usable at a standstill rather than on the move. Apparently a car in a megacity is not moving for 90% of the time, which is either deeply depressing or an opportunity for innovation. So here we go.

Another mildly mindbending fact about Reds is that its backers aren’t just another car company, but an arm of the Chinese government called CHTC (China Hi-Tech Corporation). They already have a pedigree in electric vehicles, albeit slightly dull ones such as airport buses and delivery trucks, but there’s significant backing, both financial and political, for this project. 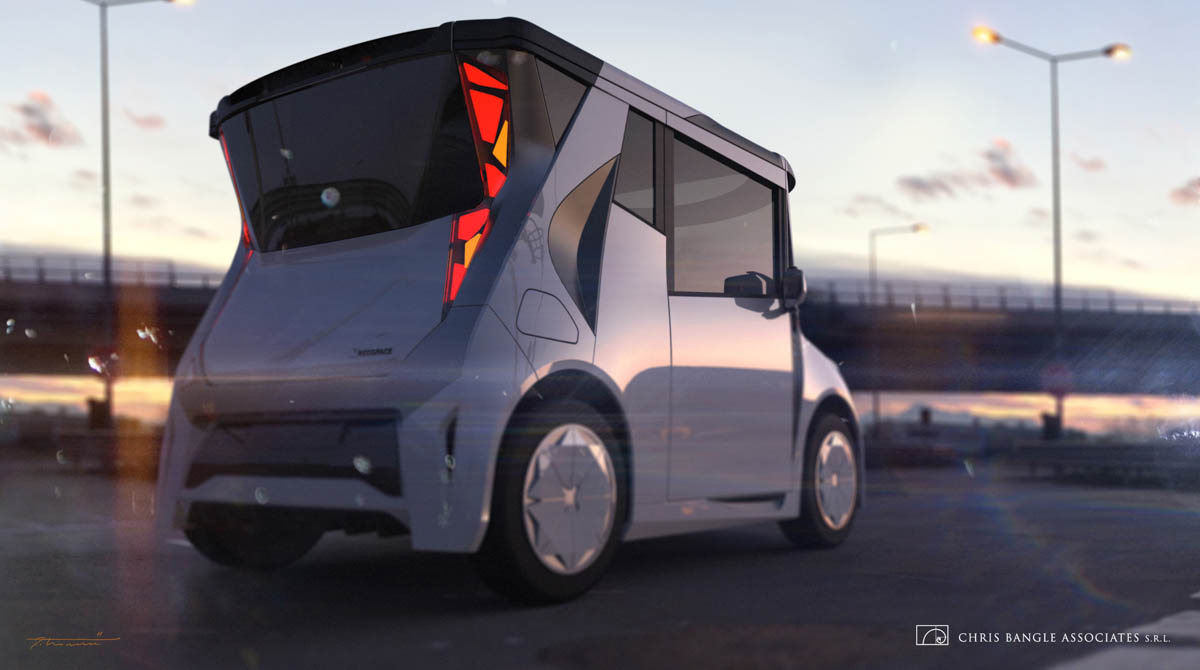 There’s a large gallery of images on the right so you can get a look at the Reds (the company is called Redspace, the car Reds). However, first impressions were of cleverness, particularly elements like the pop-open-then-slide doors, but also the side profile which is cleverly layered so that the reverse-screened main body section almost disappears behind a cartoony child's drawing silhouette of a cute car. 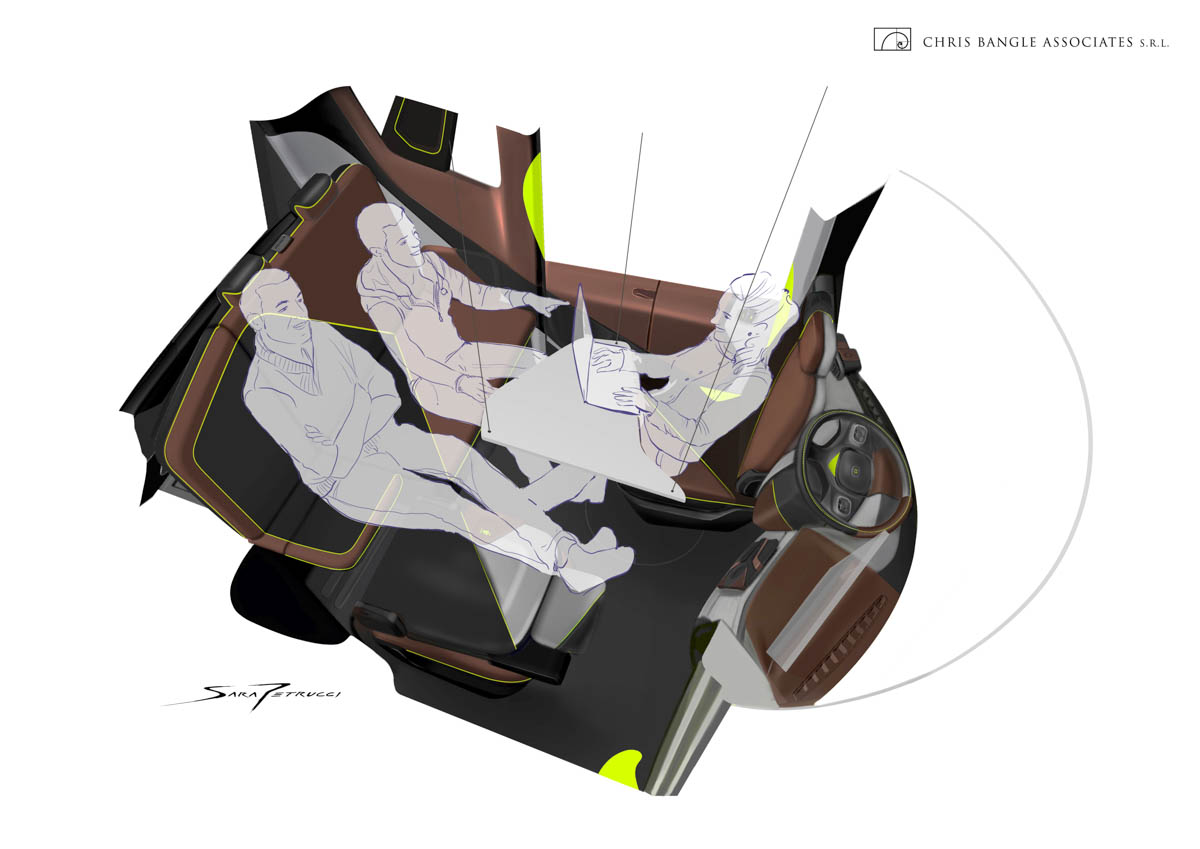 The interior's a masterpiece of packaging with some very smart details, if marred by a slightly wobbly chocolate brown colour scheme on the show car; it has a swivelling driver's seat, a sliding passenger seat, a wraparound 'love seat' in the rear, more legroom than ought to be possible because of the staggered arrangement, a 17-inch video screen, built-in foot massagers (!) and many more clever bits. No mention of autonomy, for a change, but that was quite enough wizardry for one night.

Will it work? Will it sell? When will it go into production? There’s much more to find out yet, but whether you like it or hate it Bangle’s latest car has certainly asked a lot of fascinating questions.