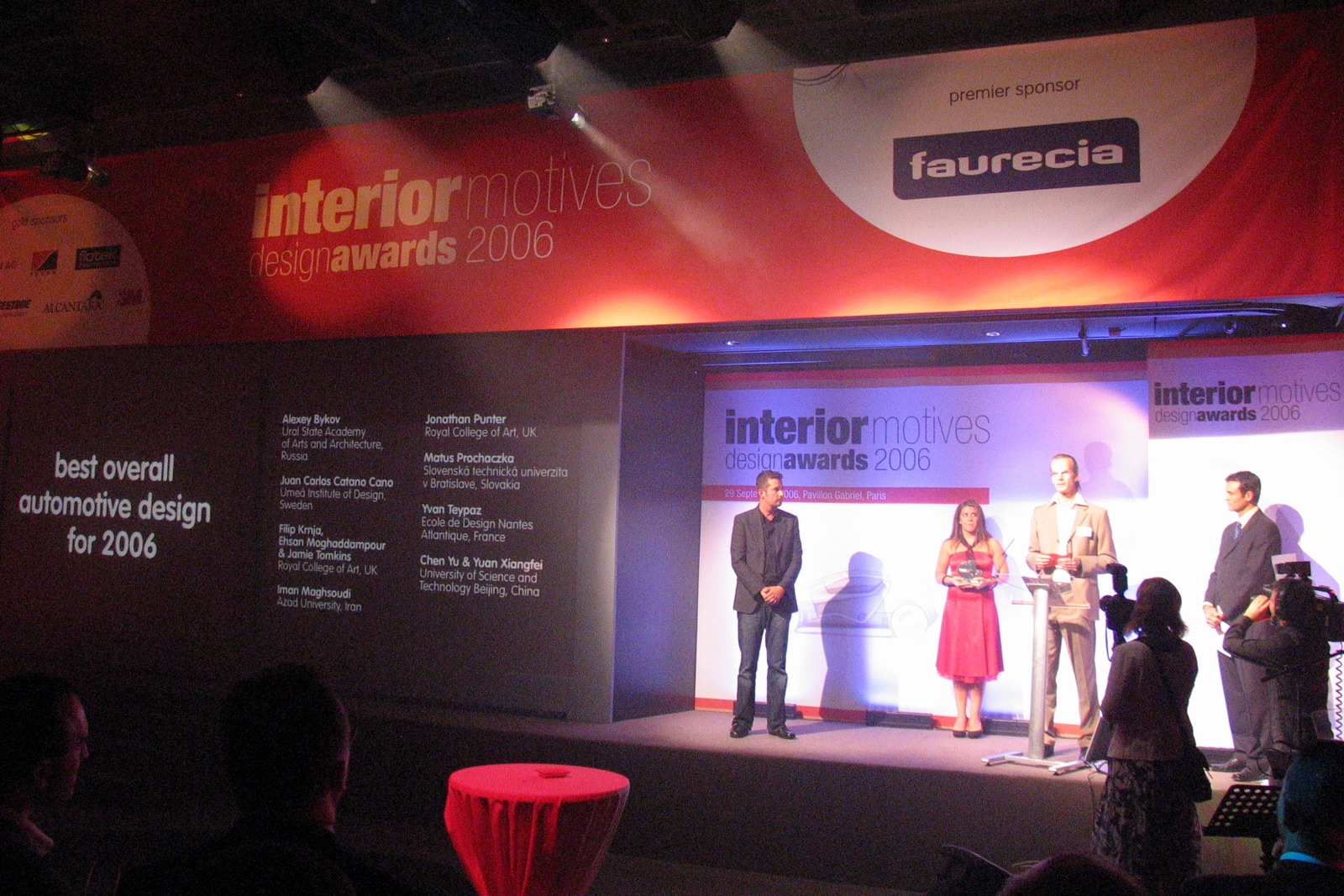 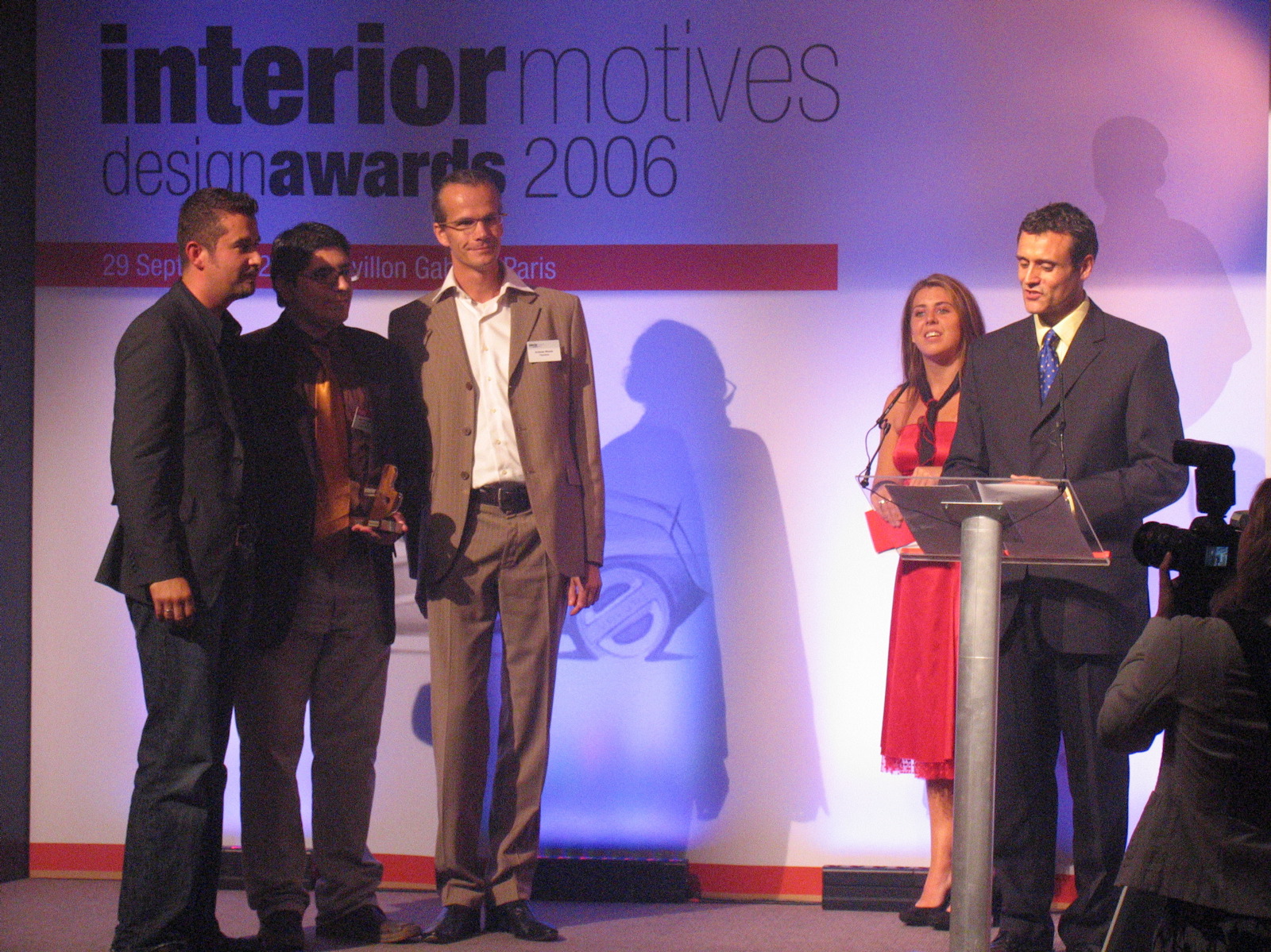 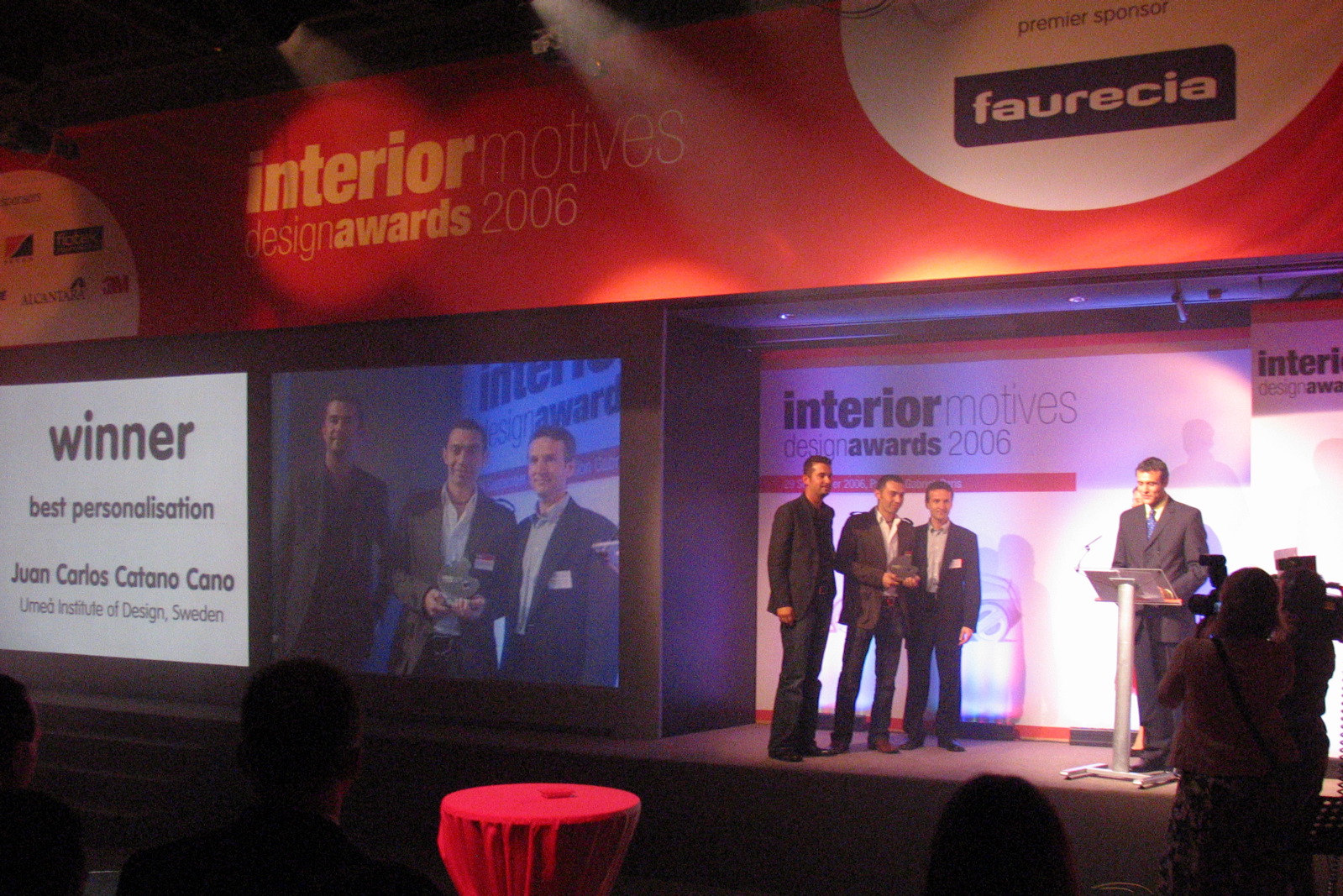 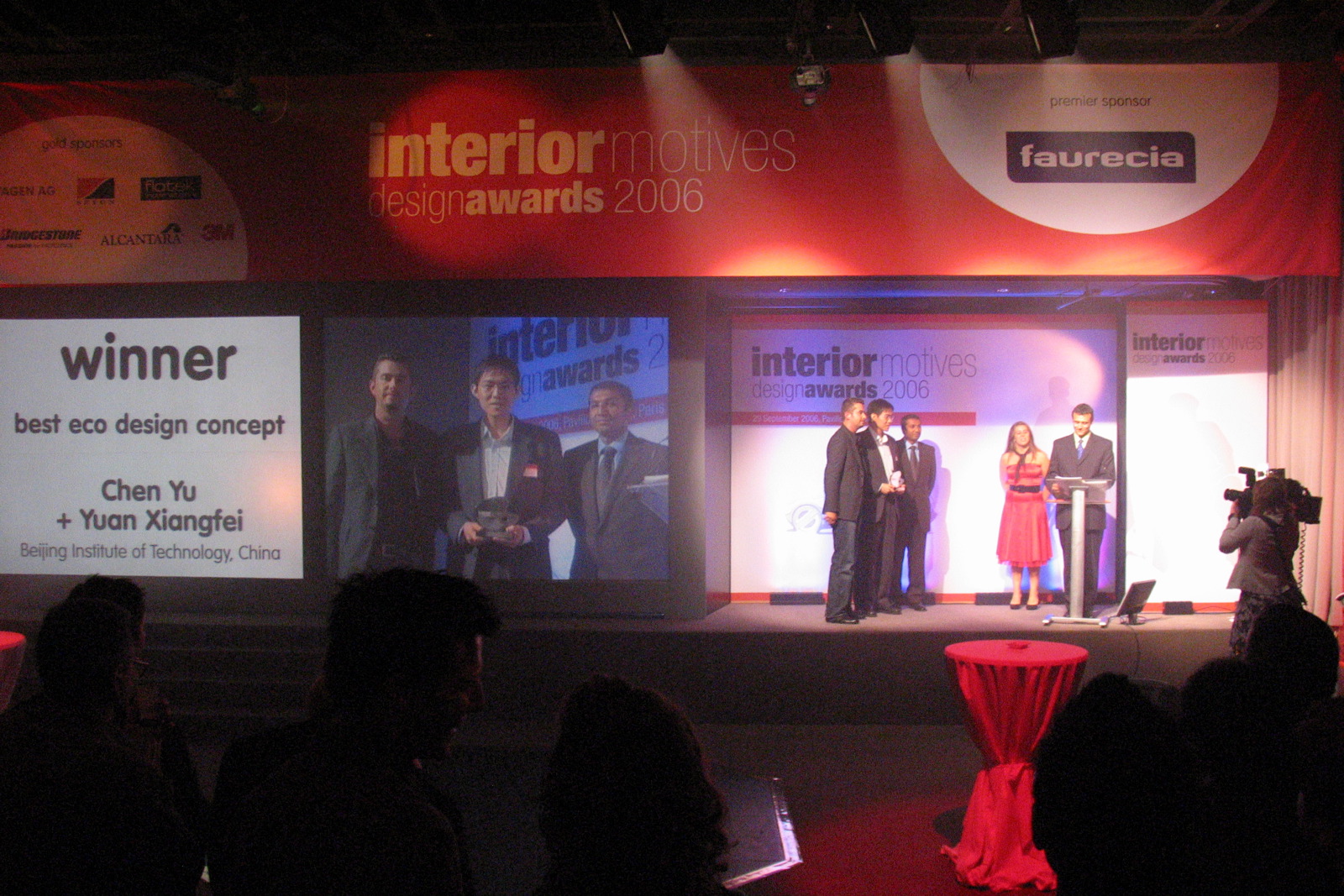 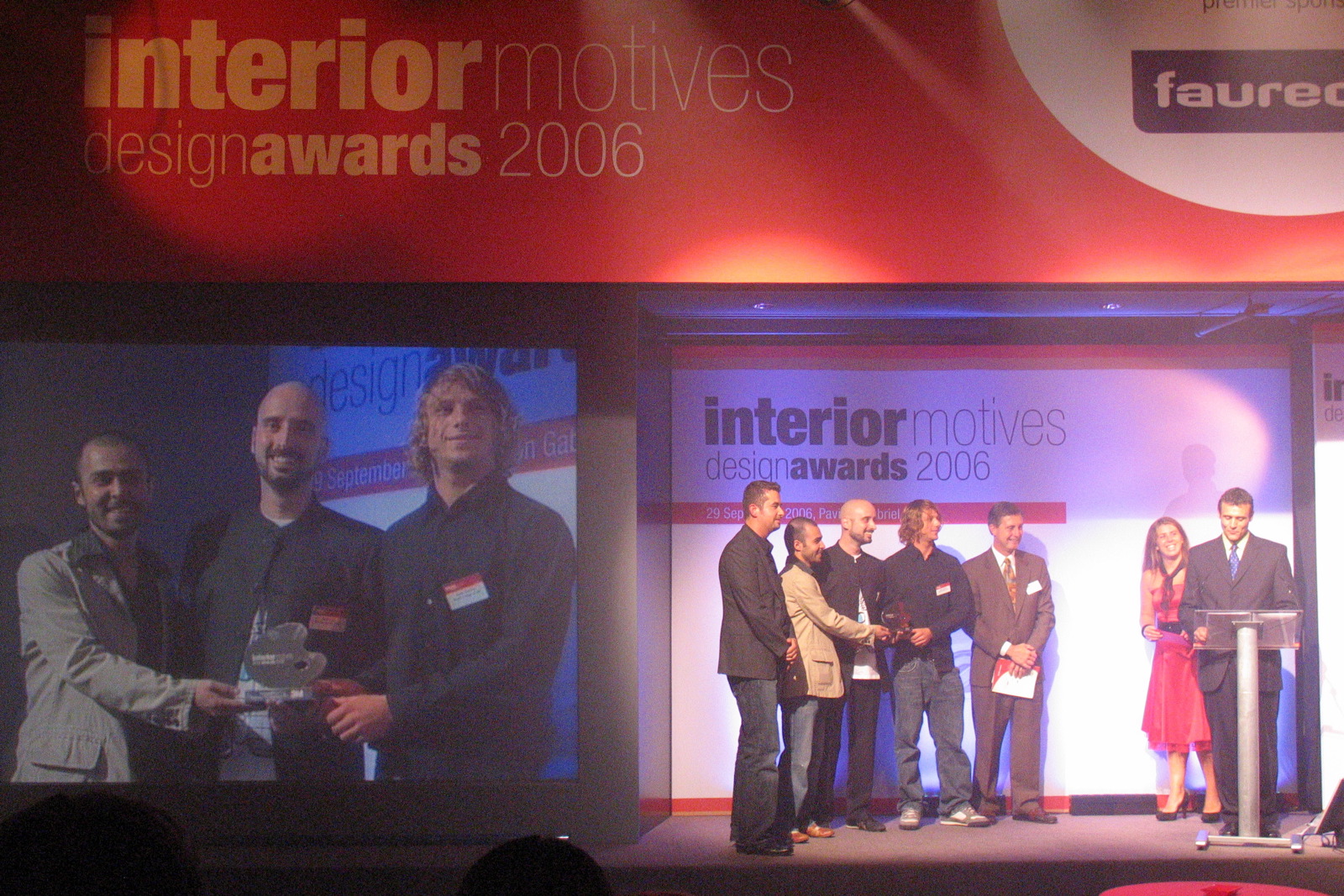 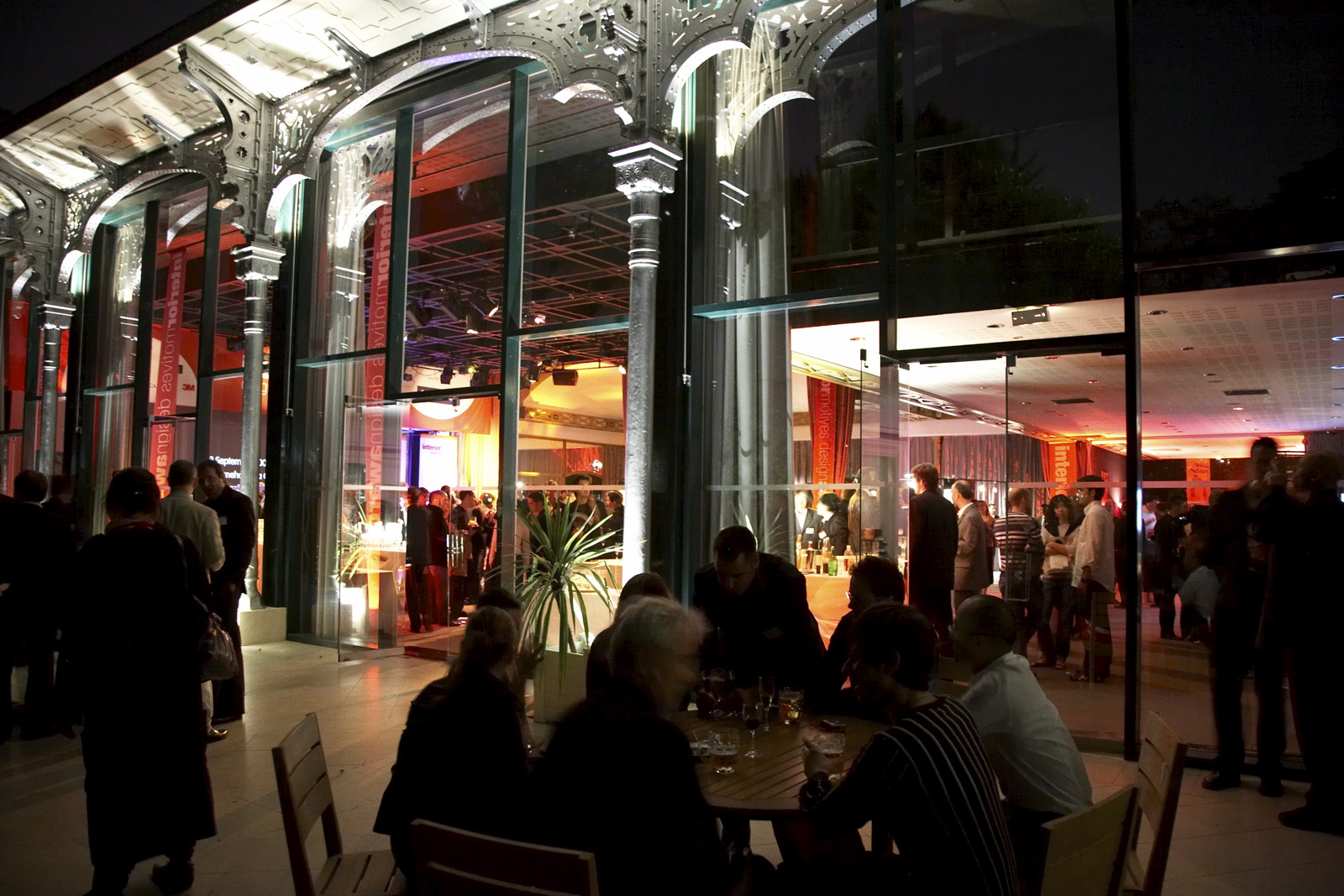 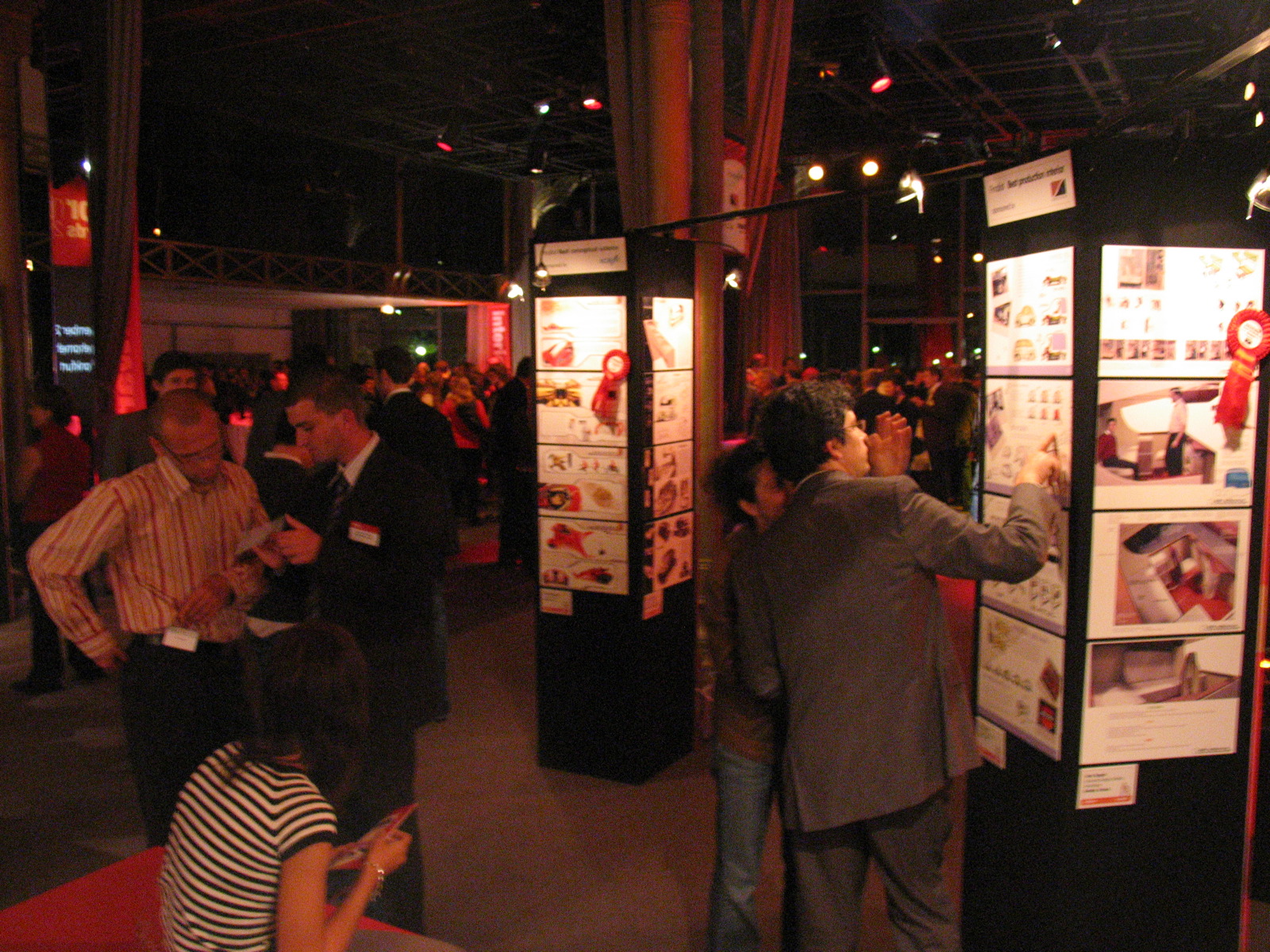 Now into its fourth year, the annual design awards ceremony hosted by Interior Motives magazine was held on the second press day of the 2006 Paris Motor Show.

Open to any registered school, the competition encourages students to submit their work in any of nine different categories, with the emphasis on interior design. These categories are: 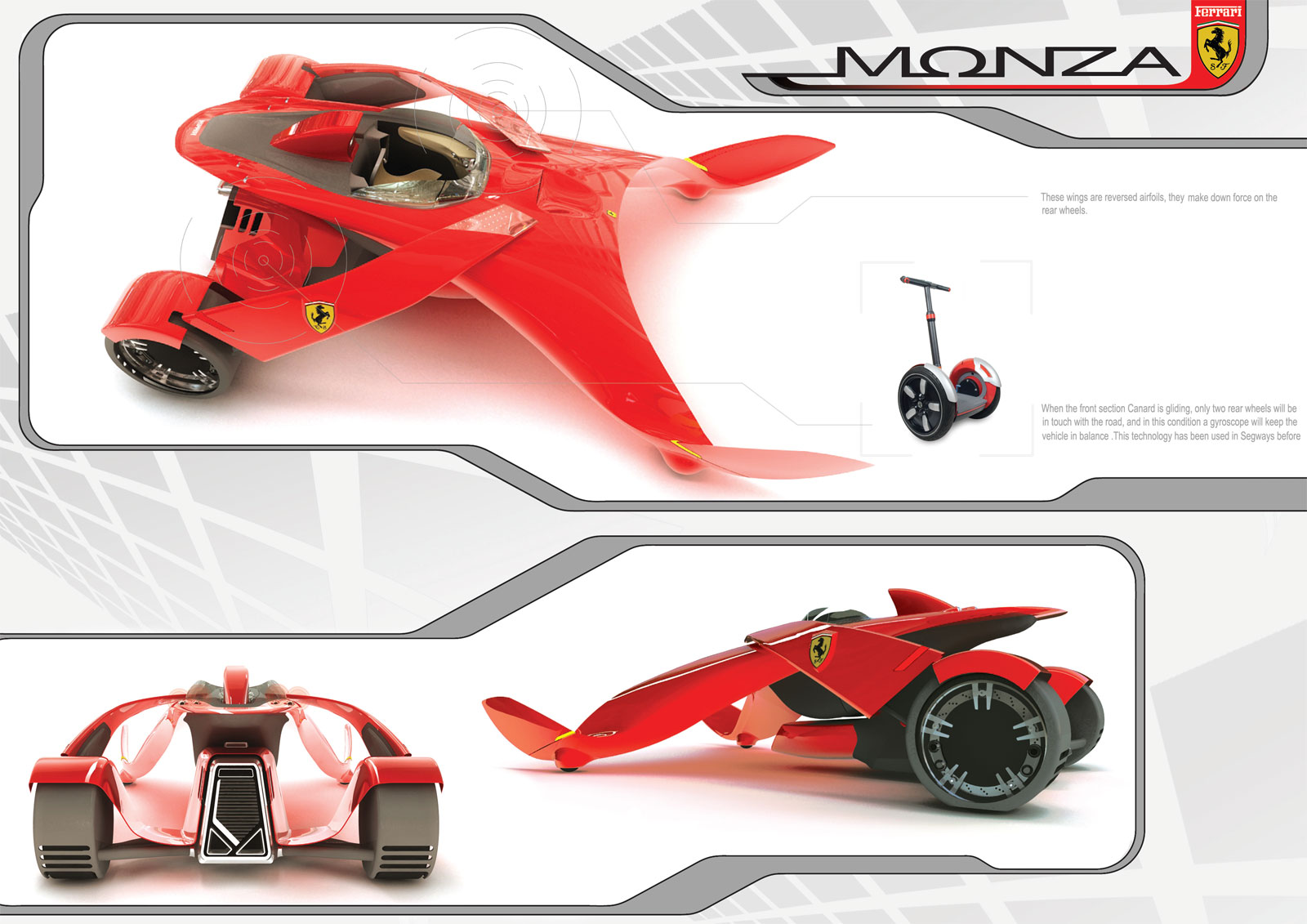 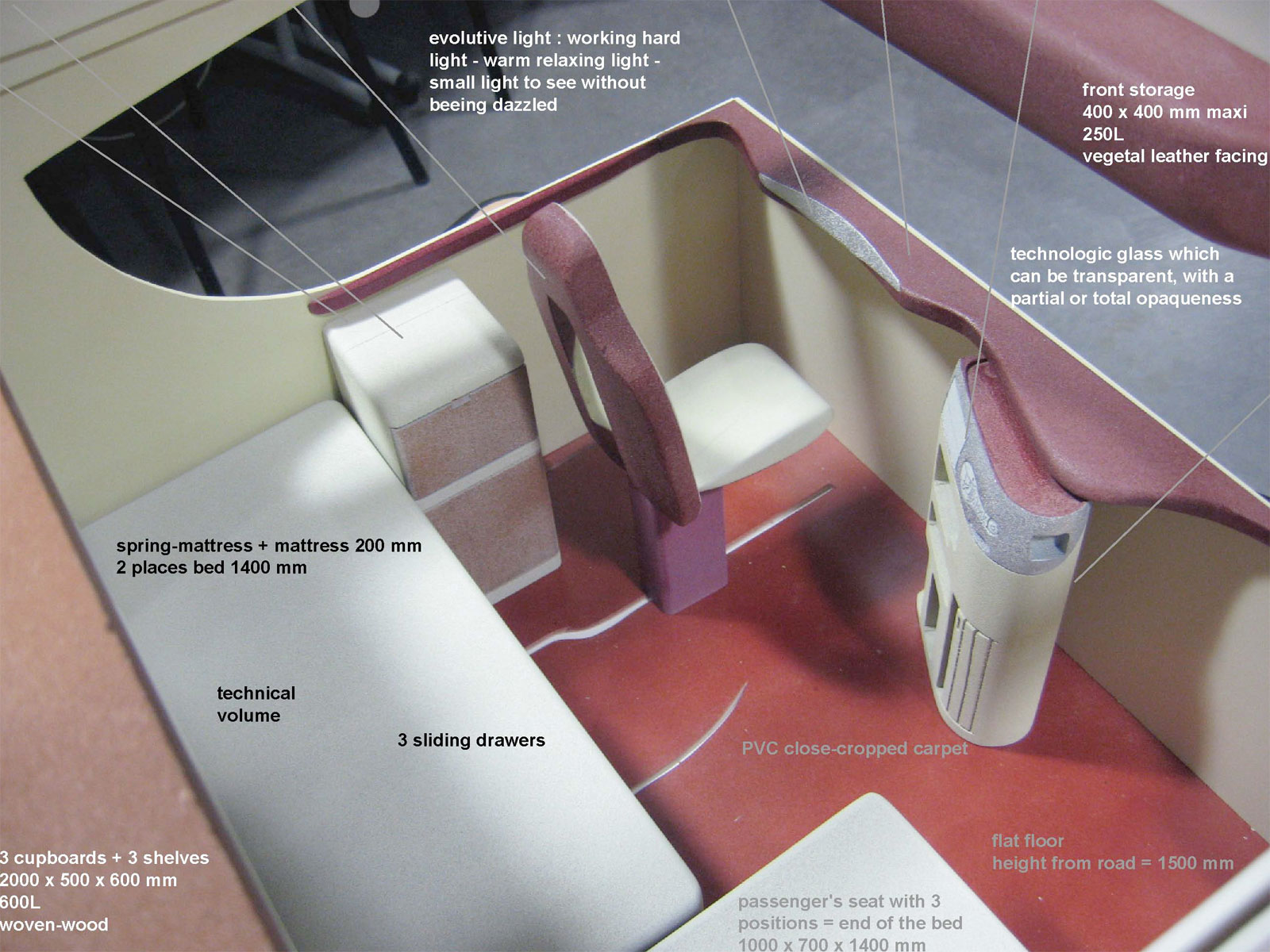 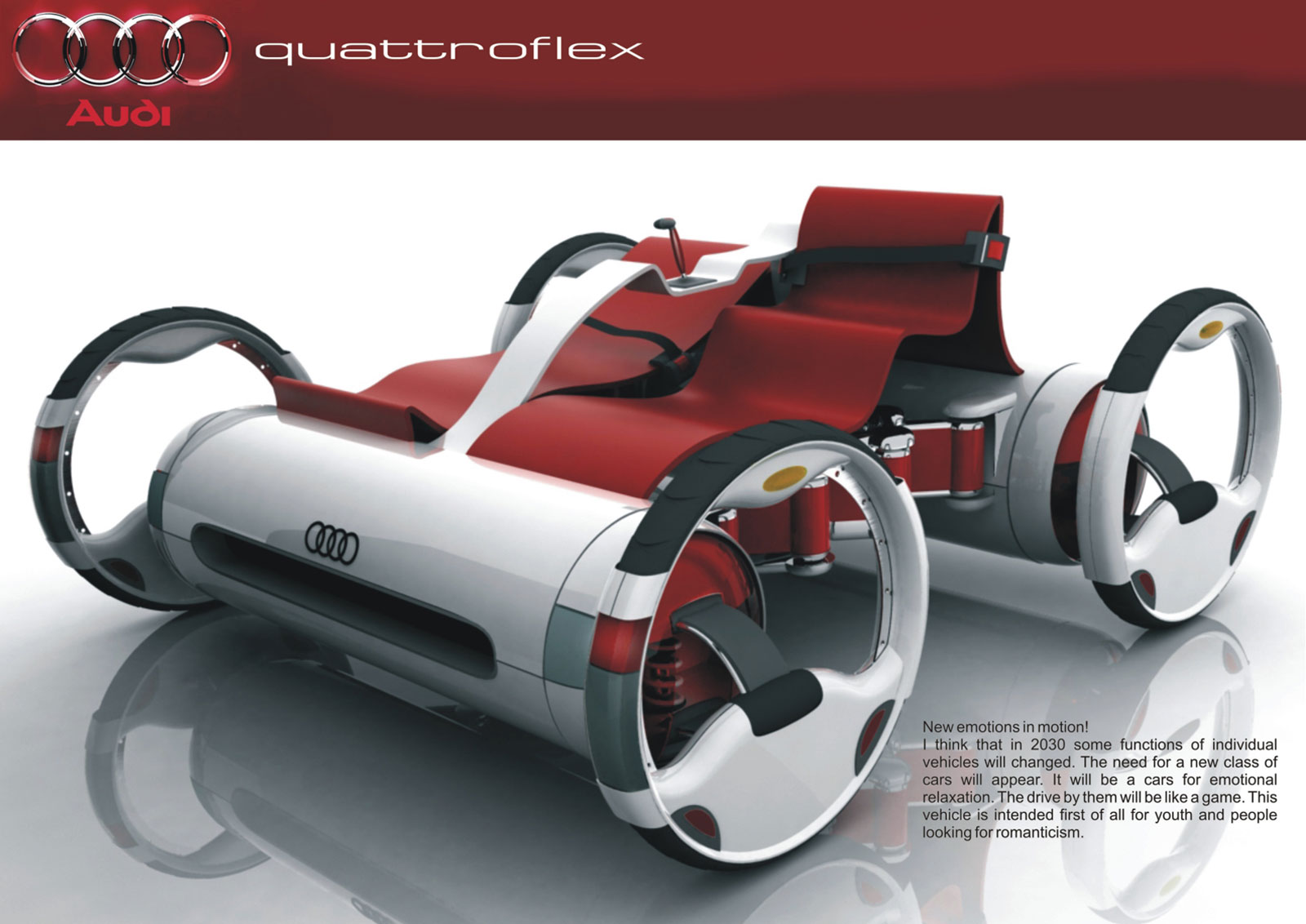 'Audi Quattroflex' by Alexey Bykov, winner of the Best Use of Technology award 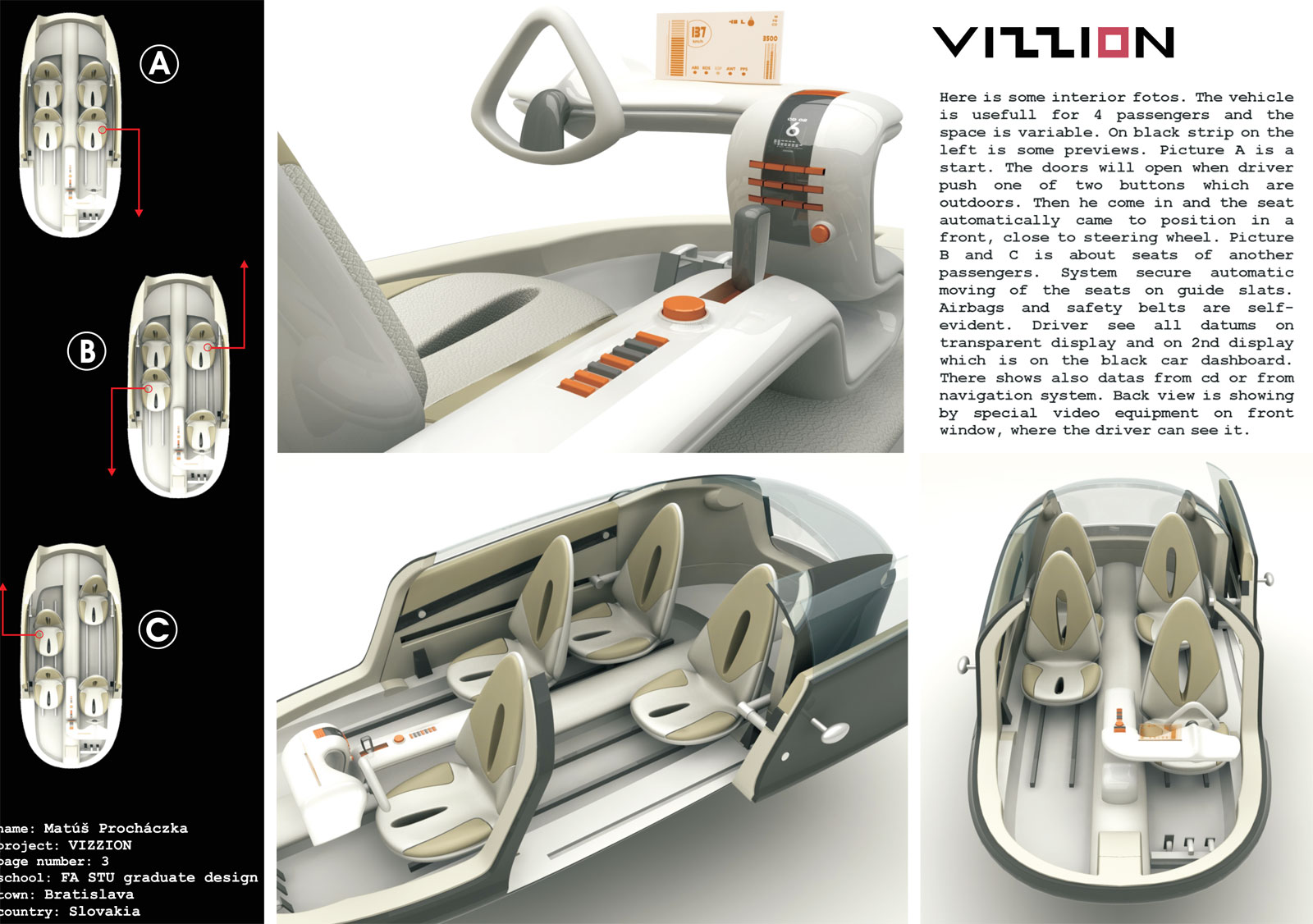 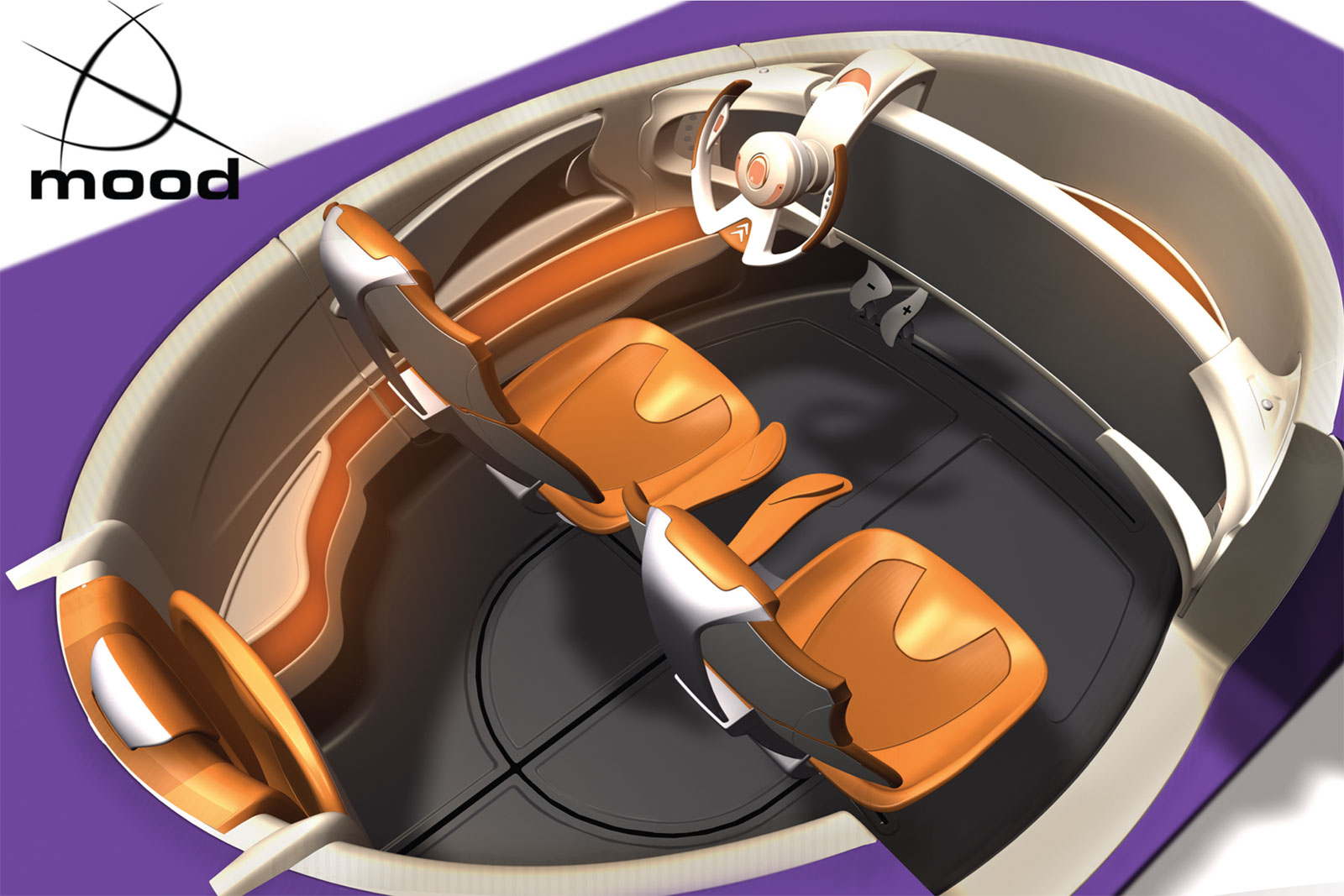 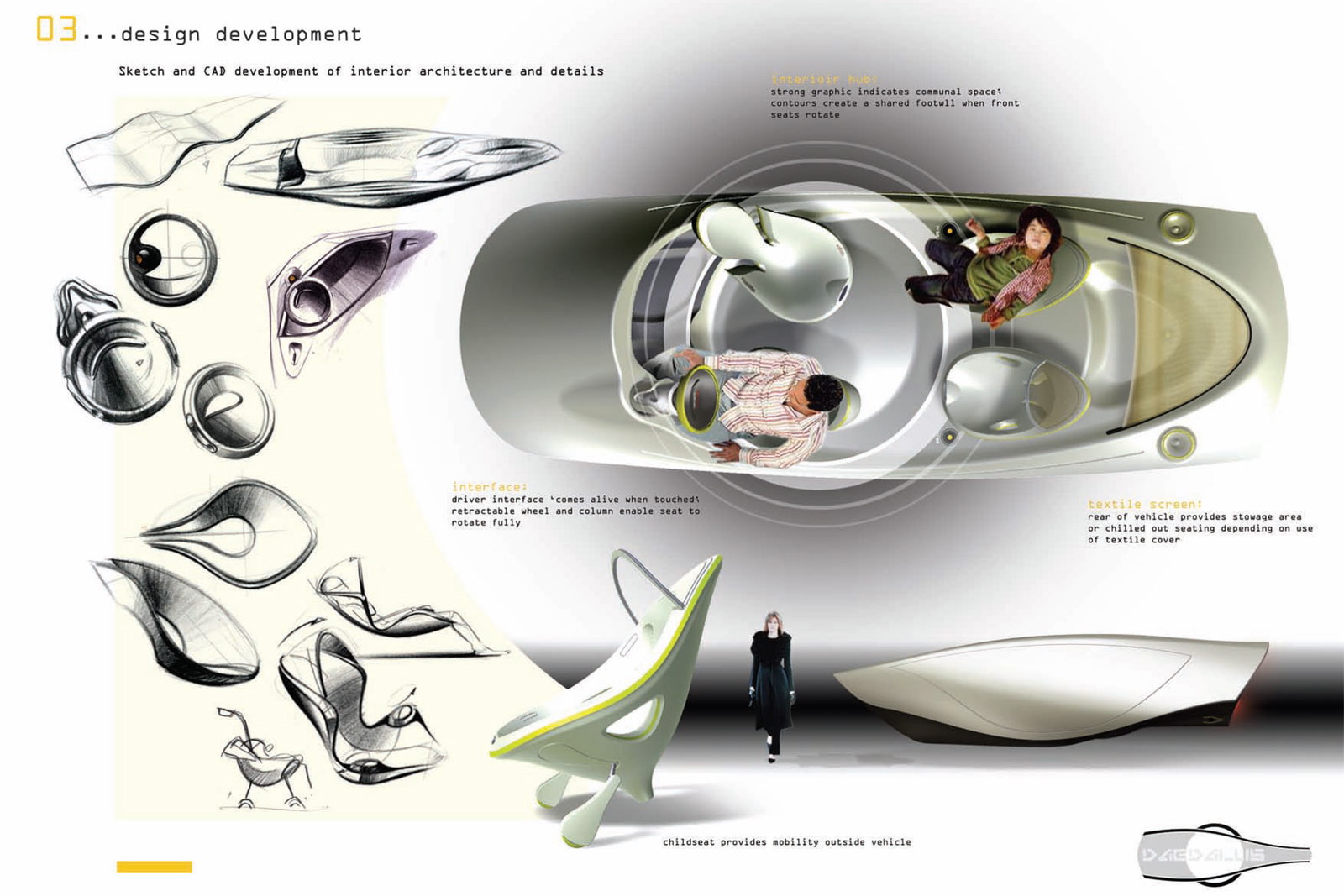 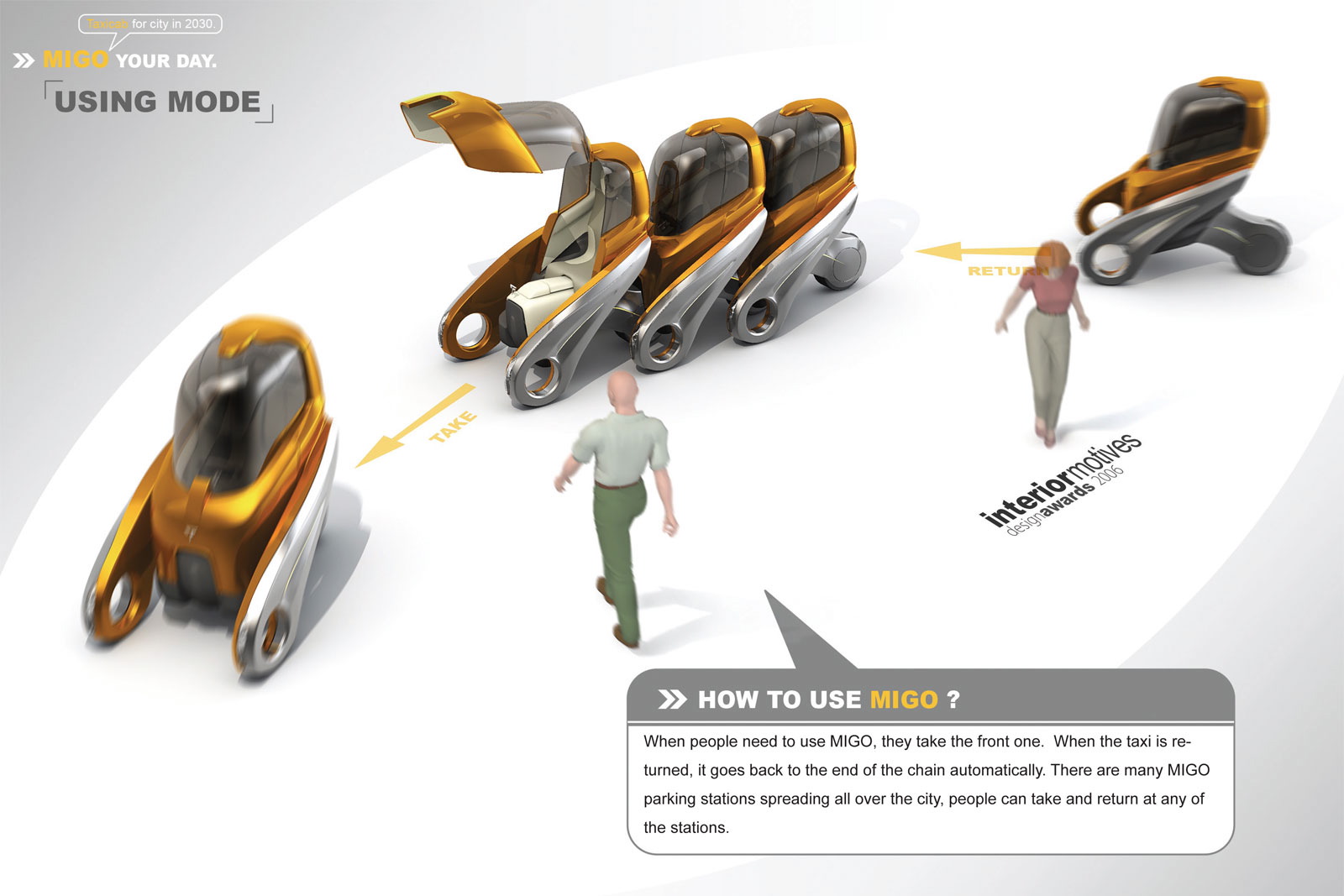 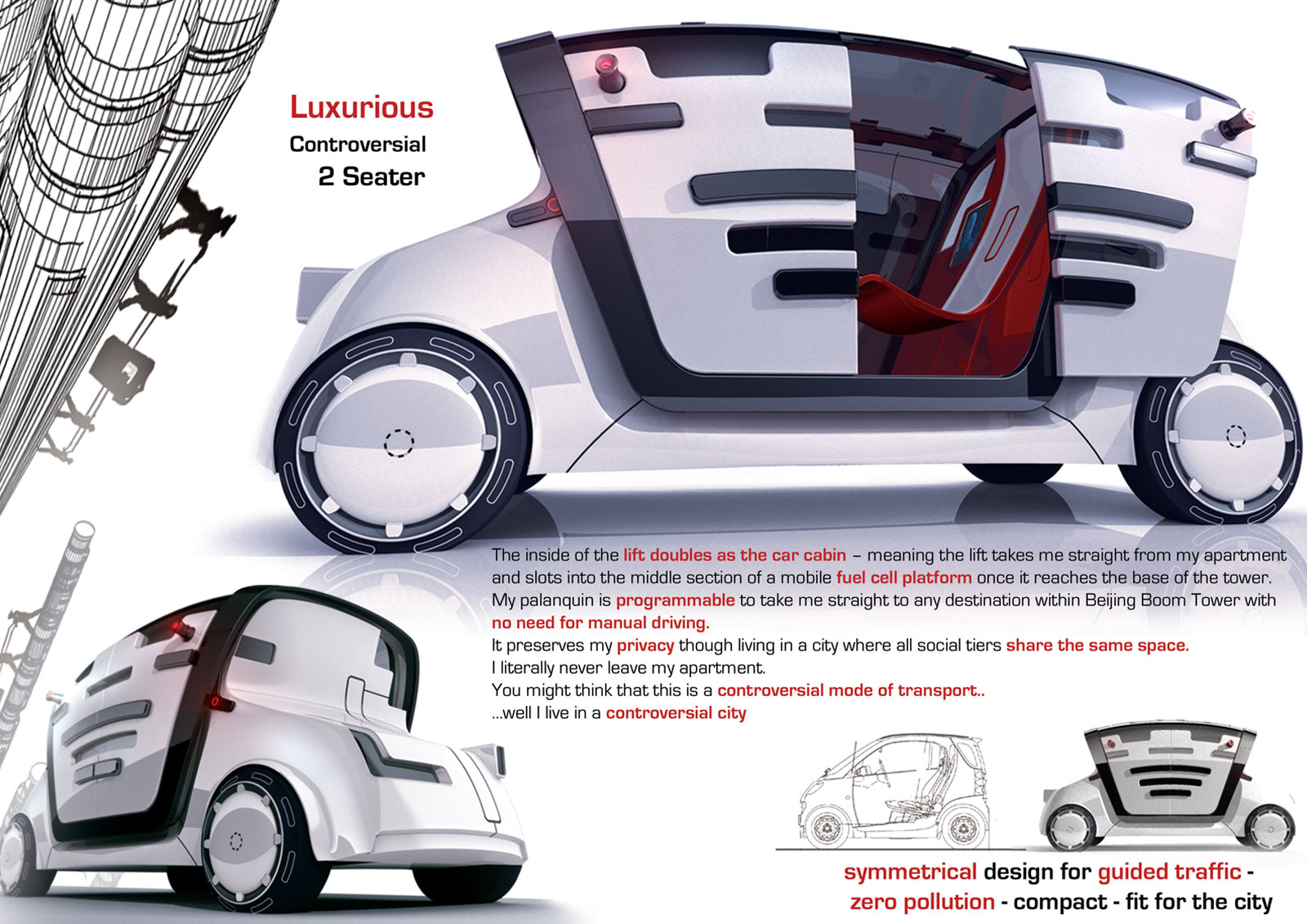 The prize for the 'Best Conceptual Interior' went to Iman Maghsoudi of Azad University, Iran. Maghsoudi created a floating Ferrari which unusually made reference to the Segway scooter. His aerofoil-based vehicle combined elements of aeroplane, motorbike and Formula One design to suggest an alternative direction to the current scarlet fleet.

The 'Best Production Interior' went to Yvan Teypaz of Ecoles de Design Nantes Atlantique, France. Teypaz conceived a truck cab as a living space as well as workplace, the roof of which can be lifted when parked to create a more spacious environment.

As in previous years, the 'Best Use of Technology' category was sponsored by Volkswagen AG, the prize this time going to Alexey Bylov from Ural State Academy of Architecture & Arts, Russia.

Matus Prochaczka from nearby Slovenia picked up his trophy and US$500 for winning 'Best Safety Innovation'. The prize for 'Best Personalisation' was won by Juan Carlos Catano Cano of Umea Institute of Design, Sweden. His design incorporated flexible seating to allow the interior to be altered and also included organic light-emitting diode panels.

Robin Page, Chief Interior Designer at Bentley, picked up the next award for Best Lifestyle Interior in the absence of winner Jonathan Punter, who has just started working with Page following his graduation from the Royal College of Art, UK. Punter's design is based around the idea of a space that adapts to individuals or family groups, the interior also made use of adaptable fabrics that respond to human input.

Coming from a little further afield were Chen Yu And Yuan Xiangfei from Beijing Institute of Technology, China whose joint project earned them the 'Best Eco Design Concept' Award, for their Migo concept of individual taxicabs taking inspiration from the way shopping trolleys fit together.

Iman Maghsoudi won again for 'Best Conceptual Exterior', before the 'Best Innovation' award went to a group from the Royal College of Art. Filip Krnja, Ehsan Moghaddampour and Jamie Tomkins reconsidered a car for China with greater regard for exclusivity and luxury.

Other intriguing ideas worth noting was a project by Derek Ng of Coventry University, UK, who presented a nicely considered coupe inspired by music, and Martin Konicki who designed a city car with variable seat height to bring the driver's eyes in line with pedestrians in built-up areas.

Unsurprisngly, the overall winner was again Iman Maghsoudi - who had dominated all night - who claimed the overall prize and a further check for US$3000.

Though more sedate than previous years, the Interior Motives Design Awards continues to offer something worth seeing. Hopefully with the ceremony returning to King Kamehameha Club in Frankfurt next year, the entertainment will be as stimulating as the work.