What does the BMW Next 100 concept say about the future?

BMW marked its first 100 years as a carmaker with a party for 2000 guests and the launch of a new concept car. But while marking the achievement was significant, the day wasn't one for nostalgia: BMW's chairman of the board of management and CEO, Harald Krüger, proclaimed from the stage that “the future begins now,” then, together with four interns from different parts of the world, ignited a spark inside a globe, and a countdown for the next 100 years was displayed in front of the invited crowd.

The event's purpose was to launch BMW's 'Next 100 Years' mantra, which included a new logo that looked like part of the instructions for how to fold a really amateurish origami plane. It turned out that the logo was intended to symbolise an arrow containing four parts, one each for the Group's four new values: Responsibility, Trust, Pioneering Spirit and Success. 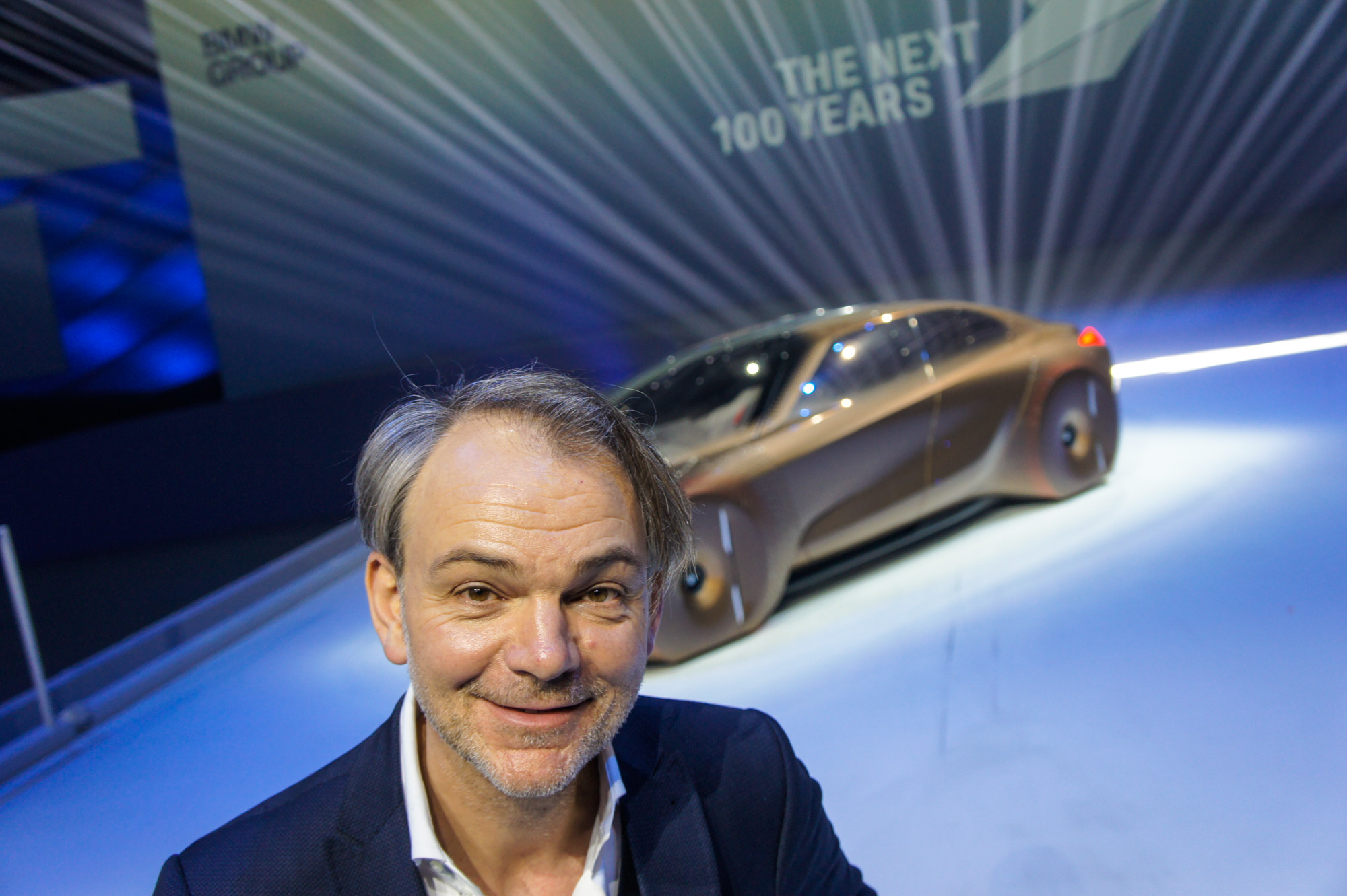 Accompanying the ceremony and new logo was the BMW Vision Next 100 – a concept with a name that implies it encapsulates everything we can look forward to in the next century of motoring. However, the car itself is somewhat disappointing, although part of that may be because we're not used to judging a car without wheels – it's hard to comment upon its stance when you don’t see any. 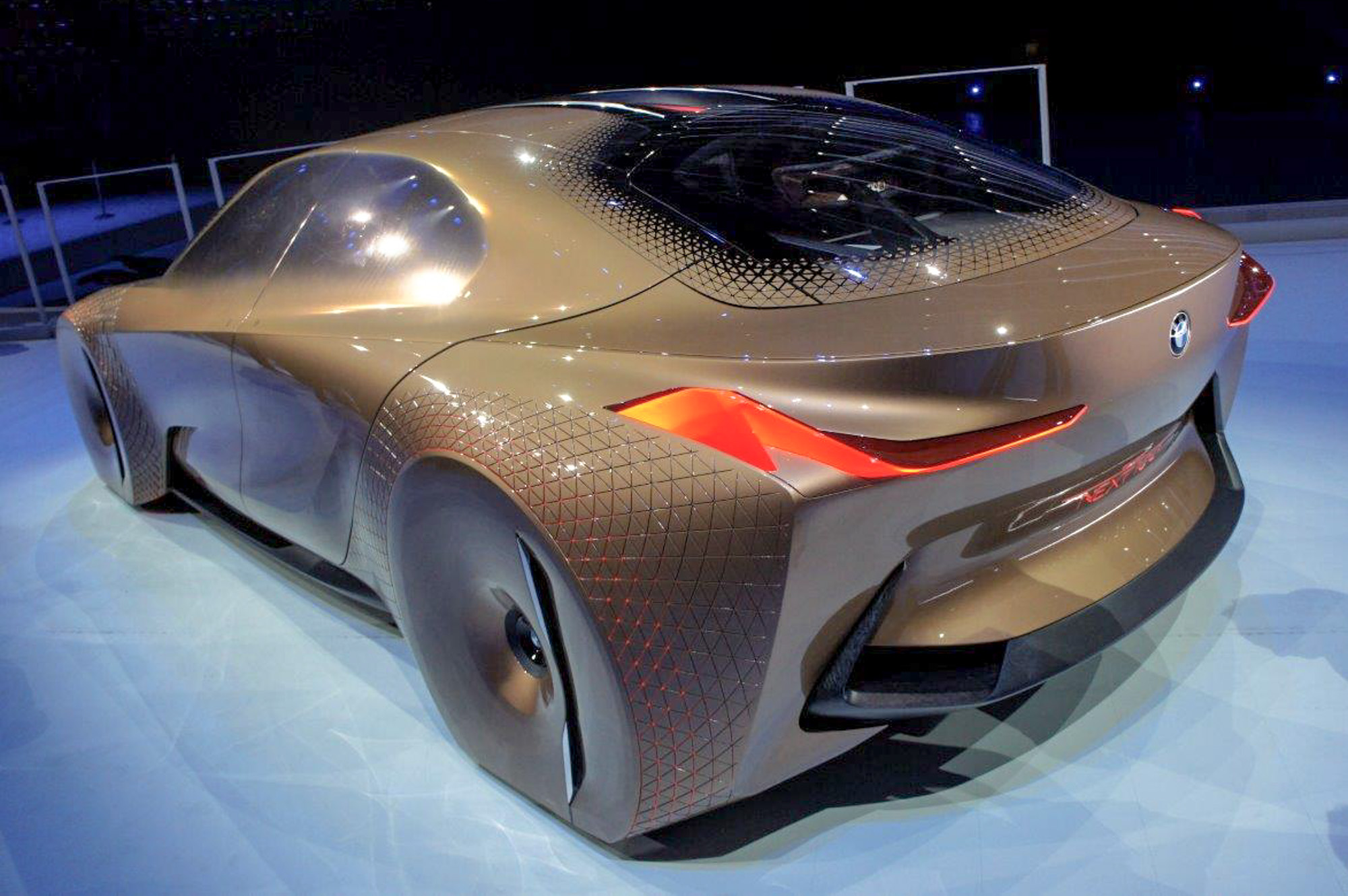 The bodywork covering the front wheels is quite interesting. The graphics used are a collection of triangles, clearly inspired by the architecture of BMW Welt, which, in turn, was inspired by the sweeping roofs of Munich's Olympiahalle. Their function is interesting: the whole surface moves with the red lines expanding as the steering wheel turns, allowing the body to adapt to front wheel movements. The whole collection of parts, making the surface elastic, is made up from 3D printed components. 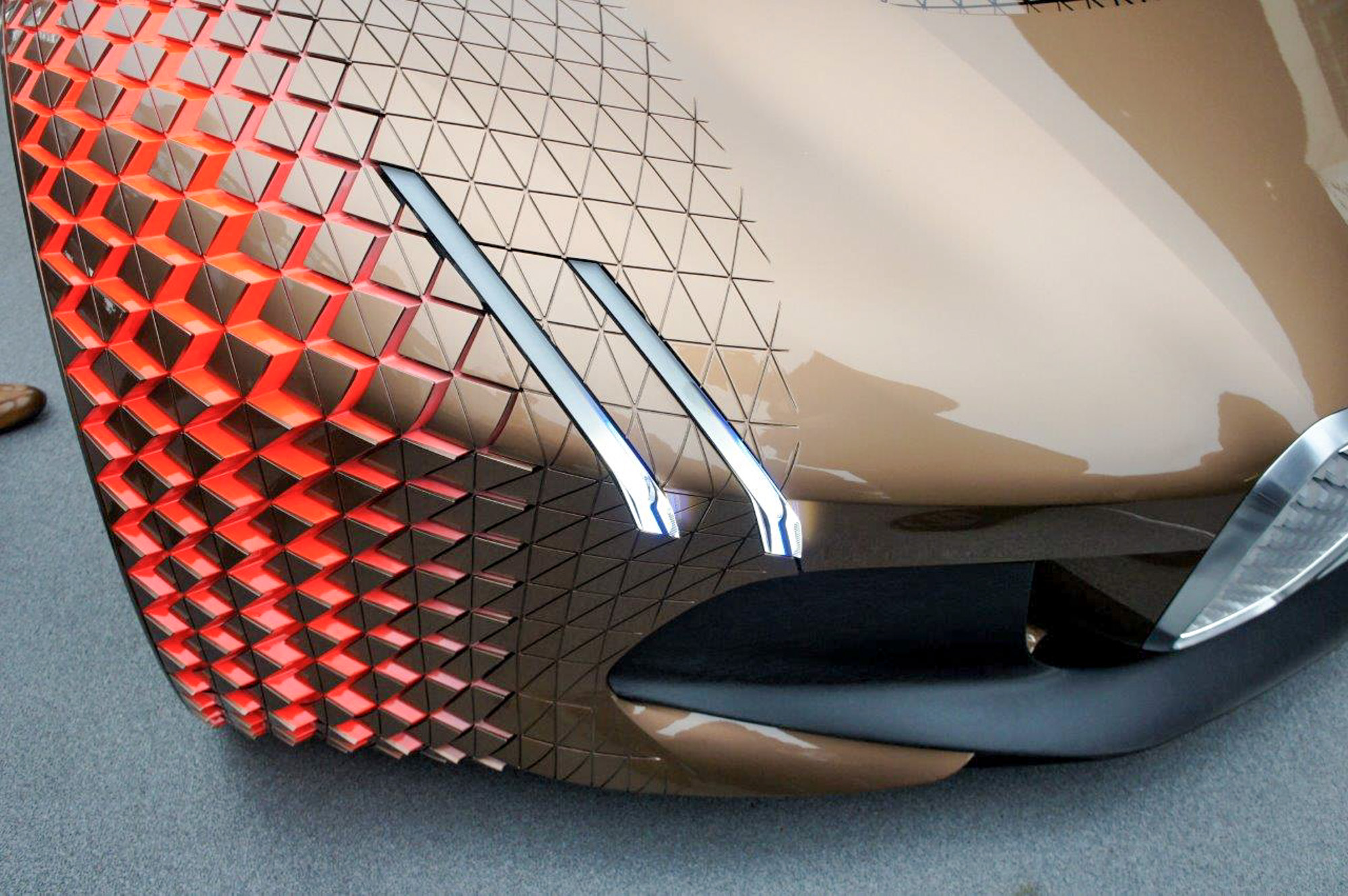 The key aims for the car seems to be streamlining. It features an extendable rear, a la the Mercedes-Benz IAA Concept, leading BMW to a claim of a sensational Cd of just 0.18. However, the need for such aerodynamics on the traffic-clogged roads of the future is a moot point.

The concept is still recognisable as a BMW, with brand-specific cues in the exterior design including the familiar strong shoulder line, sculptural rear lamps to add to the apparent width, and front lights that look like deconstructed versions of BMW's well-known signature circular headlamps – with the i8 laser-blue colour added. But still, for all its forward-looking pretensions, there was a faint whiff of Bertone's 1978 Lancia Sibilo 1978 – another cab-forward design if there ever was – lingering over the new concept. 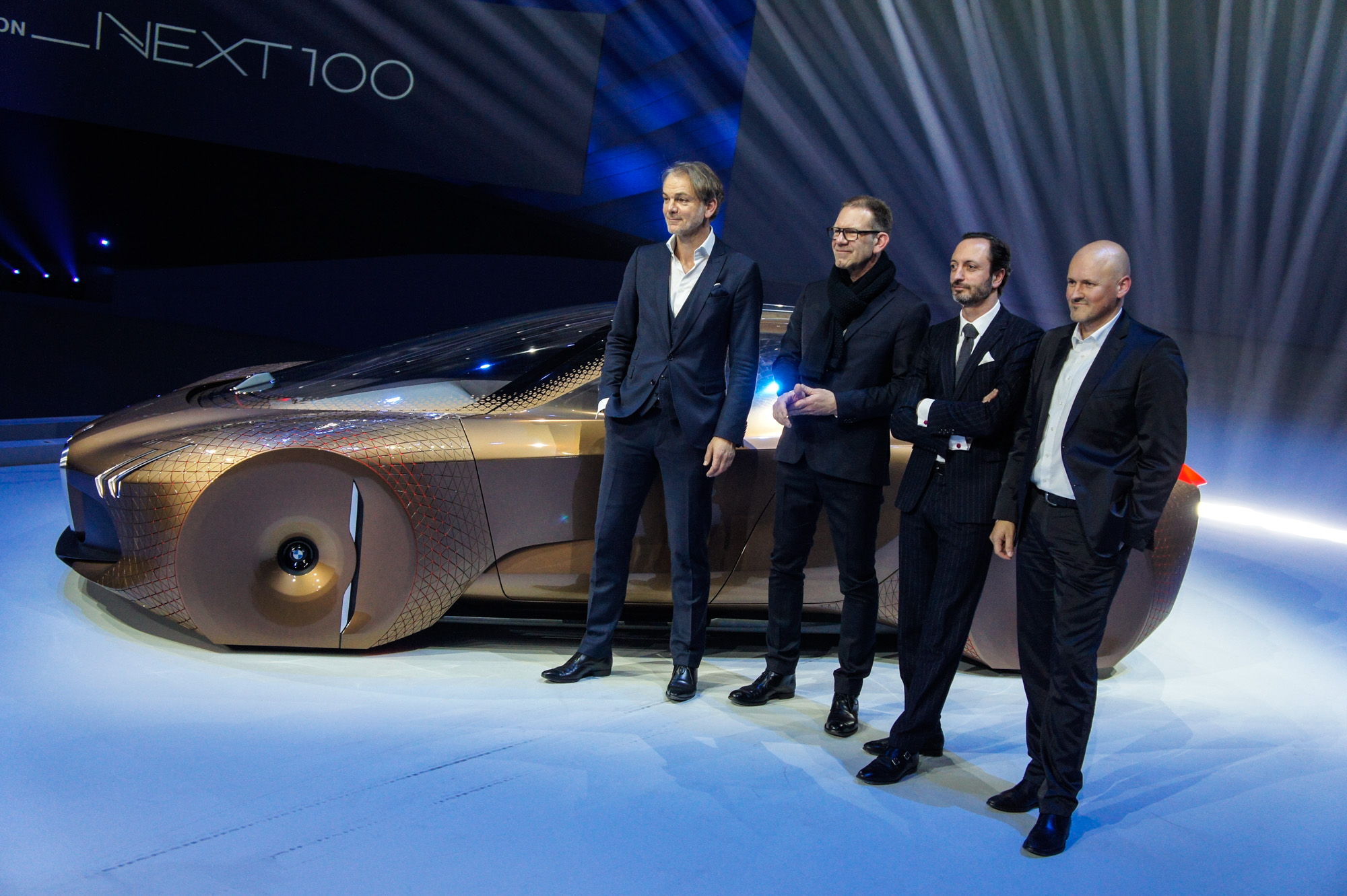 The twin kidneys are of course still present, too. Of no practical use now, but still seemingly set to be the family BMW face for the next 100 years, they now host the cameras and sensors needed for our autonomous future. 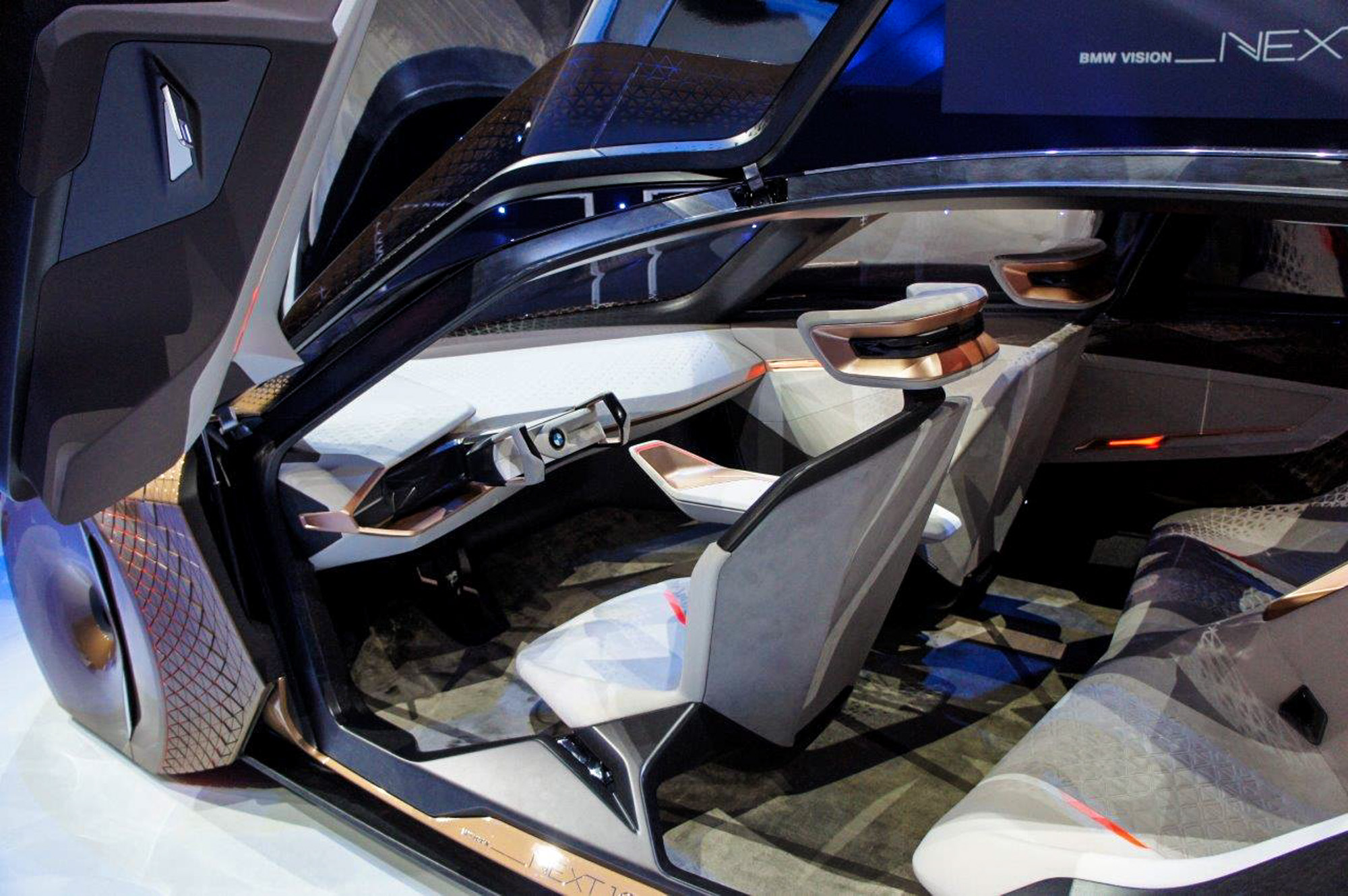 While the exterior design feels like a missed opportunity, BMW deserves kudos for what's inside. Head of interaction design, Holger Hampf, spoke out against “today's race to have the greatest screens, the most pixels”. The concept's interior is uncluttered, and when driving in the possible 'Ease' autonomous mode, you can't turn all of the seats into facing couches and don't have to endure the enormous graphic shows that Mercedes threatens to paper the whole interior with. 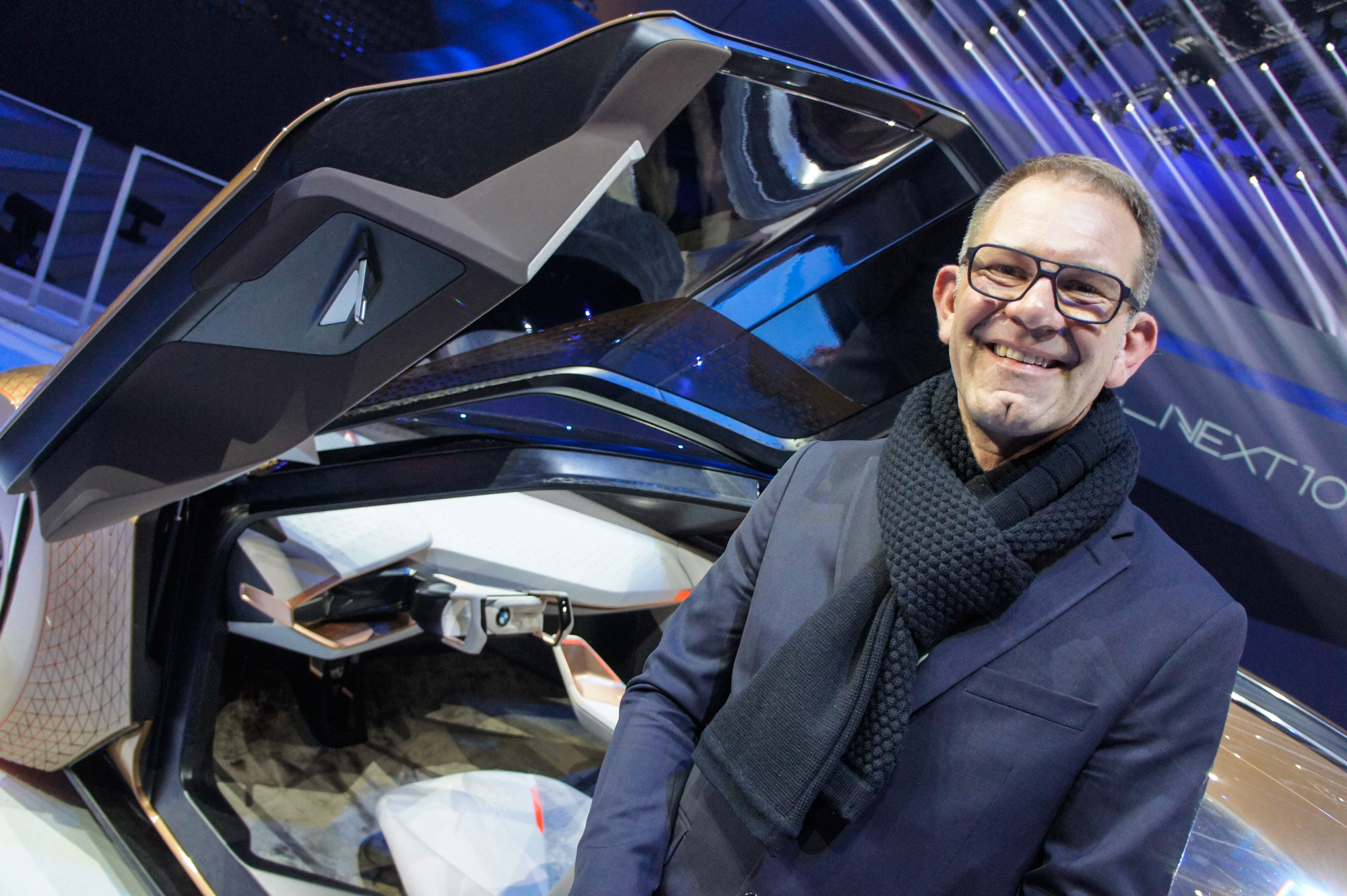 In taking its Freude Am Fahren into the next century, BMW appears to believe that future cars will be intelligent enough to solve traffic-jam problems so there won’t be any need for overpowering VR or simulated trips into the history of landmarks your self-driving car is passing.

In fact, the firm calls the car 'The Ultimate Driver', and has attempted to make all of the assistance systems help you, not the car, be a better driver. However, should you also want to relax, you can also take that opportunity.

One assistance system that we were less convinced by was the dashboard top, made of 4D-printed triangles, that subtly rises, showing the red underside of the shapes, when the driver’s attention is required. 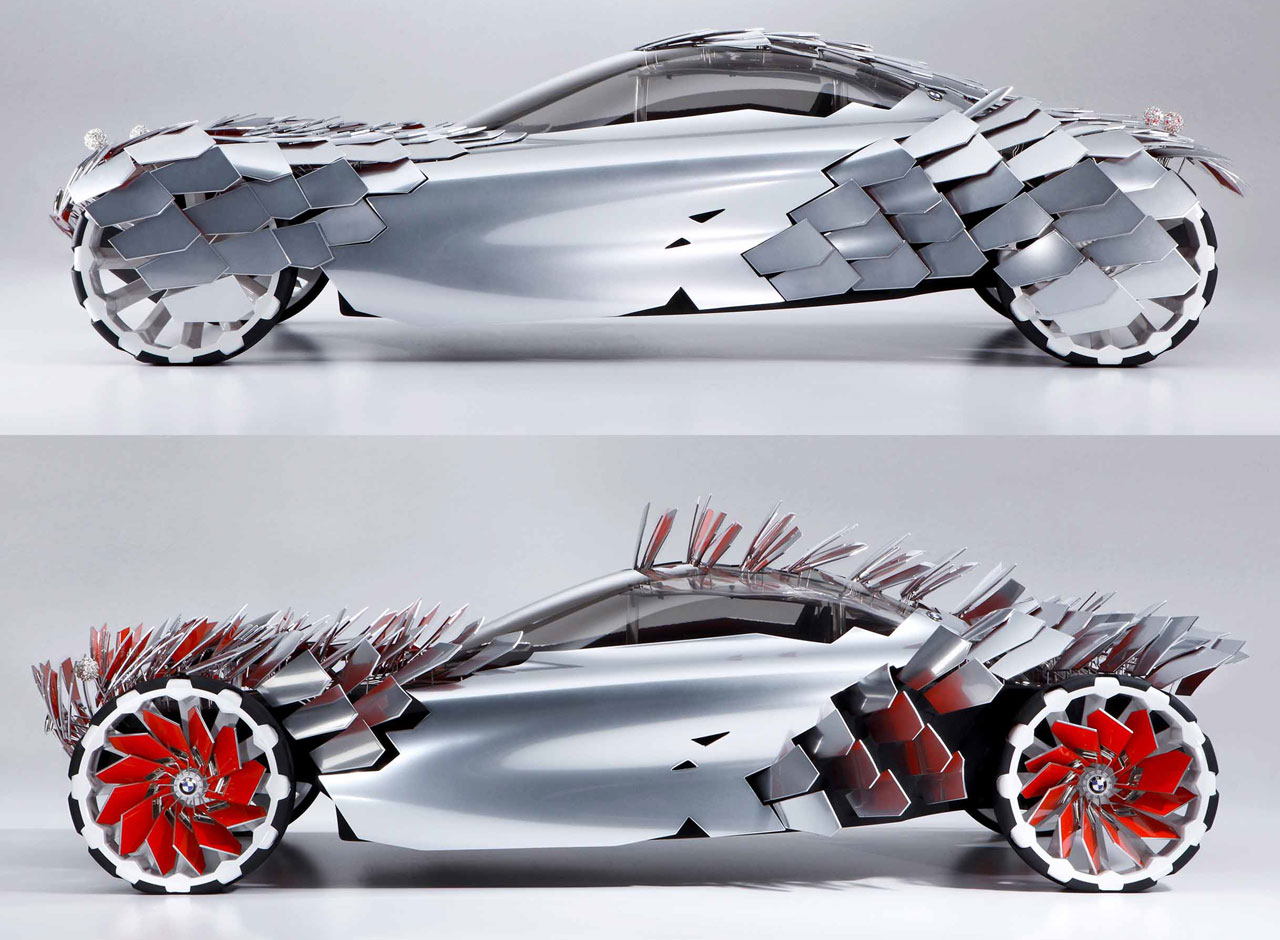 In 2009, Pforzheim graduate Anne Forschner did a project, later sponsored by BMW and presented at the Frankfurt Motor Show, called Lovos (Lifestyle of Voluntary Simplicity). Her twist was to cover the exterior in panels that would rise under certain circumstances – maybe functioning as air brakes. The effect was curiously similar. Anne works as an exterior designer at BMW today, but none of the Next 100 designers we talked to admitted to being influenced by her great idea; not even Karim Habib who was her mentor at the time.

The Vision concept is the first of four Group showcars to be released over the course of the year. There will be two new concepts in London in June, one from Mini and “the first ever from Rolls-Royce”. 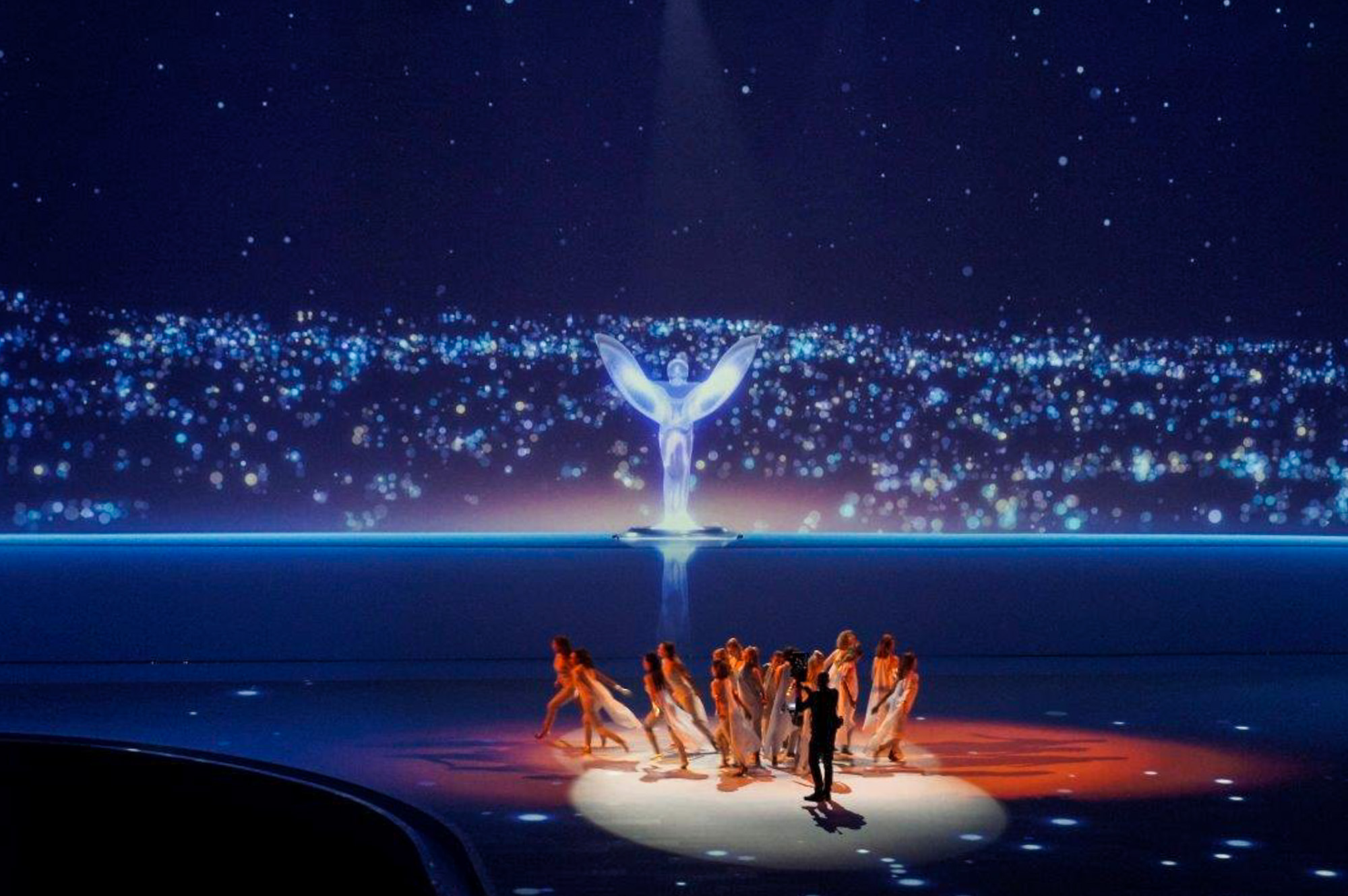 The latter will be called Sanctuary, and was previewed at the event by a borderline creepy part of the big stage-production, where an enormous Spirit of Ecstasy figure was surrounded by a dancing troupe that appeared to be worshipping the figure like it was a religious icon. Hopefully the car itself will be rather less unsettling. A final concept from BMW Motorrad will be shown in San Francisco in November. We await the Group's future design ideas with interest. 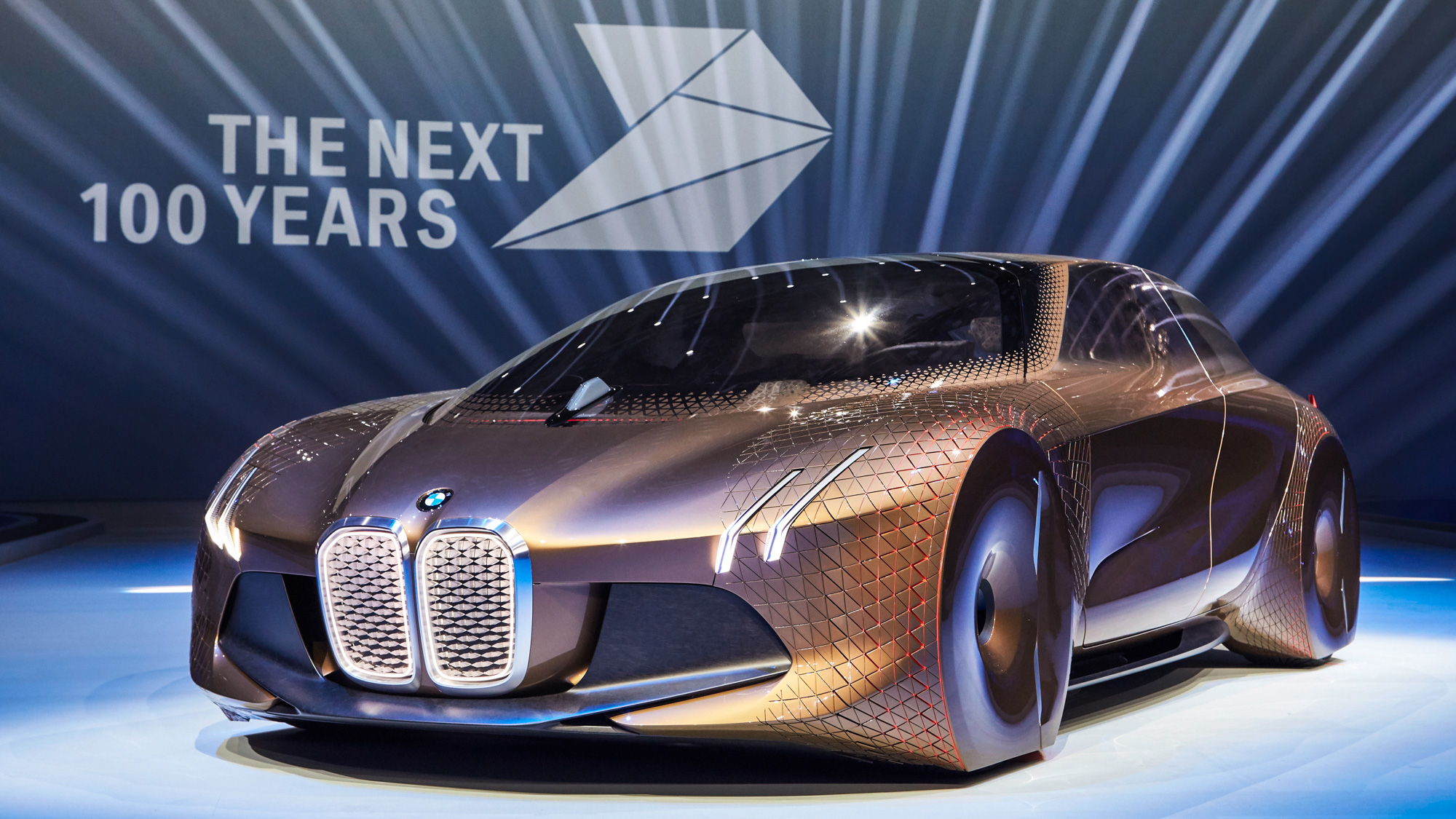