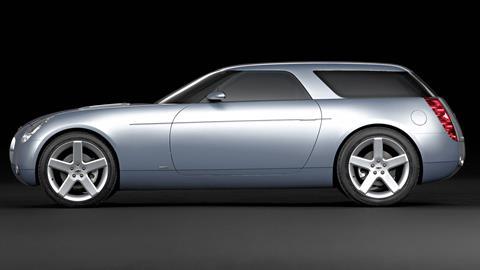 The Chevrolet Nomad was built in its two-door form for only three model years, from 1955 to 1957. It is a classic of American mid-century design. As production car it became a legend, though of only moderate success in the marketplace. It was also born out of, and would later inspire, a number of interesting concept cars. In this month’s sack of presents, we take a look at three of these concepts and a snapshot of a couple of more. 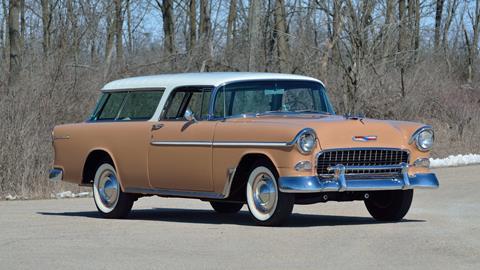 The production Nomad (1955 version). A classic

The first Nomad was a Corvette variant, a part of the “Corvette Quartet”, created by Harley Earl for the GM Motorama to test public reaction to potential Corvette variants. The Nomad was the most popular of the four. 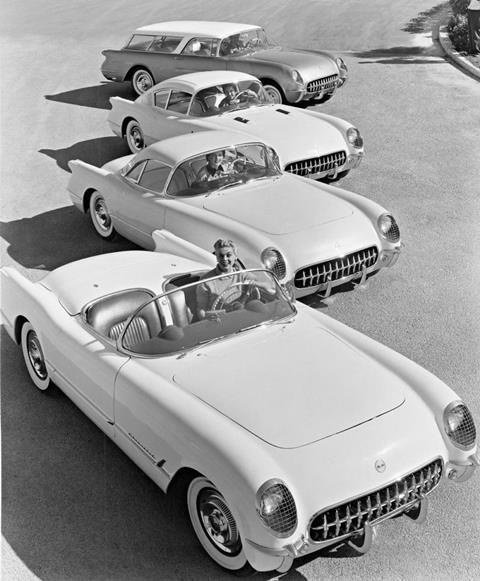 The “Corvette Quartet”, a group of Corvette concepts meant to show the variety possible on the new sports car platform. The Nomad (top) proved the most popular of the four

The Nomad was a conceptual answer to Ford’s conservative but very popular Country Squire station wagon. It promised sleek Corvette style with family comfort. It was larger than the other Corvette variants and, in truth, was probably a cleverly modified and disguised wagon chassis with a Corvette styling and fiberglass panels. 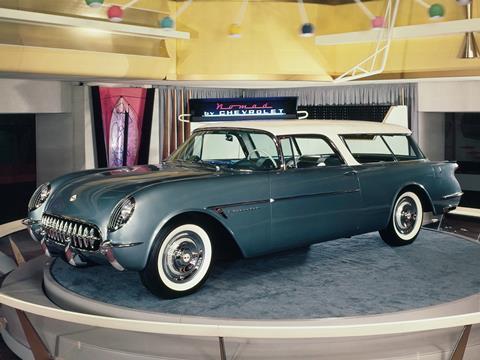 The Corvette Nomad concept on the turntable. A huge crowd pleaser at Motorama shows

Still, the attention it garnered at the New York Show was so great that Earl called his chief designer on the project, Carl Renner, from the show and ordered the wagon to be prepared for production. 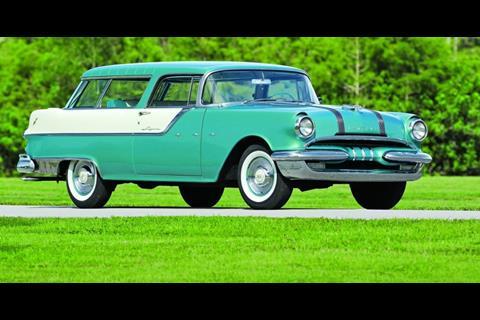 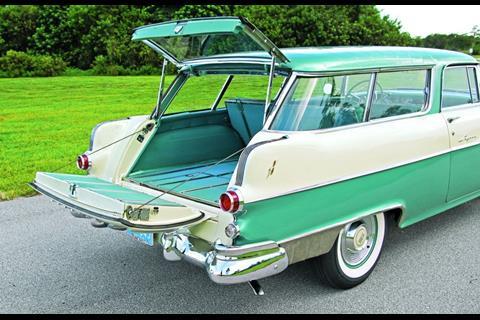 – The Safari was Pontiac’s version of the Nomad, but it didn’t share its purity of style. Very rare now

When the production version came, however, there was some disappointment that the Nomad was not a clever Corvette variant, but a wagon version of the solid A-Body Bel-Air sedan, which itself sported a new body style in 1955.

The Bel-Air based Nomad was roomy and powerful, with room for six and a 4300cc V8 option. It was available with overdrive, one of the first Chevrolets to feature this engineering advance. It had an electrically operated rear windscreen that disappeared into the tailgate – previewing a feature that became standard on wagons a decade later. 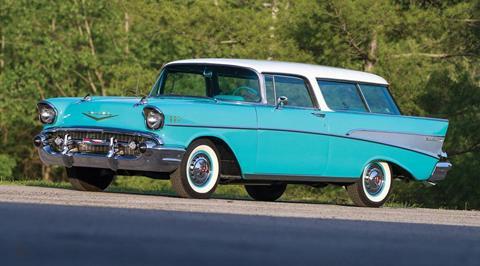 But the original Nomads were also Chevrolet’s most expensive car for three years running, giving many a buyer pause after looking at that sticker on the window. A more conventional wagon, with a more conventional price, was subsequently unveiled in 1958.

As for the original Corvette Nomad concept car, it met an untimely end at the crusher, as did most of GM’s concepts from the Motorama years. 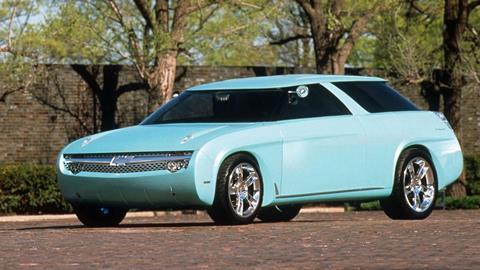 The 1999 Chevrolet Nomad Concept, built on a Camaro platform

At the turn of the century, in a period of nostalgia and some retro-madness, Chevrolet introduced the Nomad concept at the 1999 NAIAS in Detroit. Built on an F-Body platform, the same as the Camaro/Firebird, the Nomad has the sleek lines of the original, but not the refined proportions. Indeed, the car looked like an assemblage of exaggerated details covering the extended frame.

Shortly before the NAIAS that year, the news broke that the Camaro/Firebird program would be phased out and the Nomad concept, already facing long odds for production, suddenly became an orphan even before the show opened. The car sat forlornly by itself. More attention was paid to another stylistically challenged concept that would become soon a production vehicle: the Pontiac Aztek. 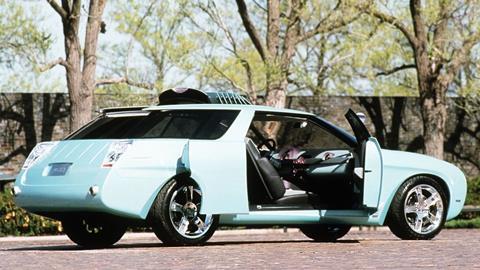 1999 Nomad concept -rear ¾ view. This car was introduced at the same show as the Pontiac Aztek. ‘Nuff said

The most interesting elements of this latter-day Nomad were the various kinds of doors. GM’s designers wanted to express the utility of the original and take it one step further. Access to the rear seat was aided by rear pantograph doors. The rear liftgate was complemented by a folding roof structure that allowed tall items to be carried on board. The Nomad could transform from a wagon to a pickup truck with a few clever hatch openings. Interestingly, the folding roof made it to production, in a slightly altered form on some GM and Chevrolet SUVs a decade later. 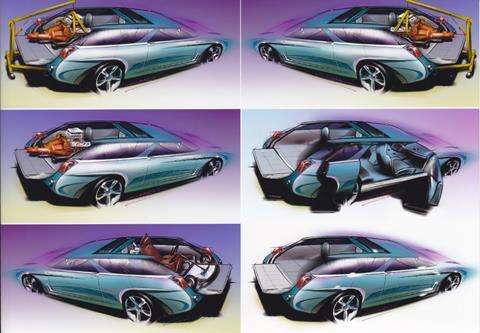 Sketches of the door concepts of the 1999 Nomad

But those SUVs were phased out as well, and with them the folding roof idea. A truck/SUV/wagon combination, however clever and practical, just did not have a sufficiently large or passionate following. 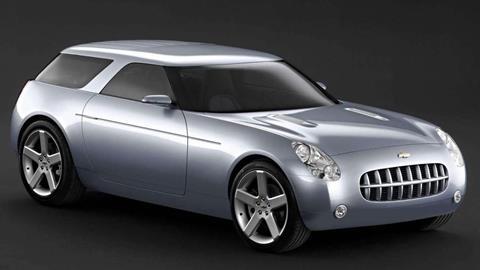 The fiftieth anniversary of the Corvette Nomad was the occasion for the Chevrolet Nomad concept, a two-door coupé/wagon styled very much like the first Nomad concept. Very derivative of the original design, but sleeker and smoothed-down, the 2004 Nomad nevertheless had more of a shooting brake feel to it – the proportions seemed just right for that format as opposed to a wagon.

Built on a stretched version of the then-new Kappa architecture (for the Pontiac Solstice), the Nomad was a rear-wheel drive 2+2 wagon with a 2.2-litre turbocharged Ecotec engine mated to a Hydromatic five-speed transmission. 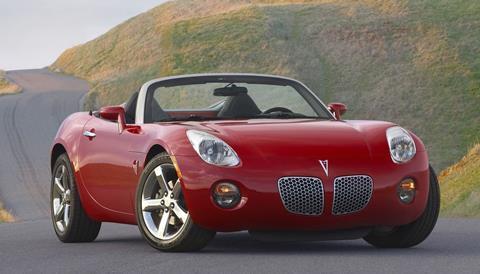 The body and fascia were a clever rethink of the original Corvette design. The fascia was a simplified version of the Corvette Nomad, and the B-pillar sloped forward like the original. GM’s UK Advanced design studio styled the car, which was then built by Pininfarina. The removable roof and bed extension reappeared to again make the nomad a small pickup. 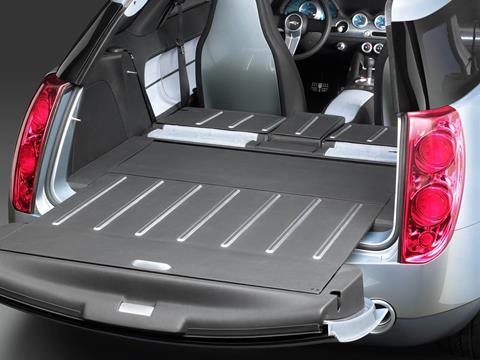 The interior was an updated version of the 1954 original’s style, with Corvette-style instrumentation.

The rear seat - a result of stretching the Kappa platform a few inches – could be folded in a number of ways, including a centre section that folded down to allow skis to be placed across the interior. 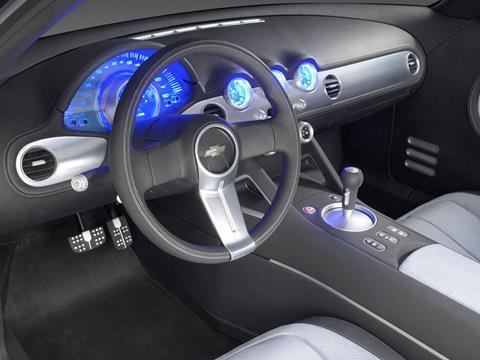 “Wherever you look or whatever you touch in the Nomad, it creates a satisfying emotional reaction,” said Jose Gonzalez, lead interior designer. “There are cars that offer more room and amenities, but the Nomad’s environment has soul. It’s a car you want to get in and drive.”

Too Good to be True?

The production of the classic two-door Nomad ended after three years. The nameplate survived until 1961, but the later models had four doors, in line with more standard station wagon offerings. 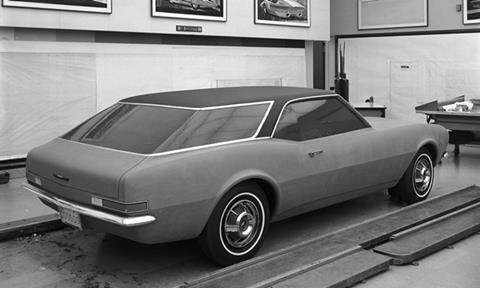 The Nomads were popular among enthusiasts but didn’t sell well. They remained a niche item in a market increasingly crowded with station wagons. The Nomad nameplate would be resurrected again, but for station wagons and vans – standard people haulers with little relationship to the original concept.

The Nomad, in its classic form, was a shooting brake of the popular Bel-Air sedan, and much like shooting brakes of the following decades, the market for these cars is too limited. They are much like “Utes”, utility coupés such as the Ford Ranchero, Chevrolet El Camino and the Australian Holden Ute; niche models, cleverly designed, and an enthusiast’s darling, but sadly just one step (and a couple of doors) too far away from the mainstream market. 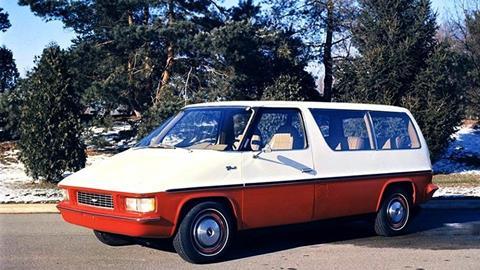 A 1979 Nomad proposal reimagined the concept as a minivan

Perhaps some formats are just too good to be true, destined to remain precious to the dedicated few, but orphaned in the greater market. The automobile business is, by its very nature, a mass market business. But the niche vehicles are often the ones that have a hold on our hearts.

Sigh… at least those dedicated few have the option of asking Callaway for a C7 Corvette ‘AeroWagen’ conversion – perhaps truer to the original Nomad’s philosophy than all the concepts which followed. 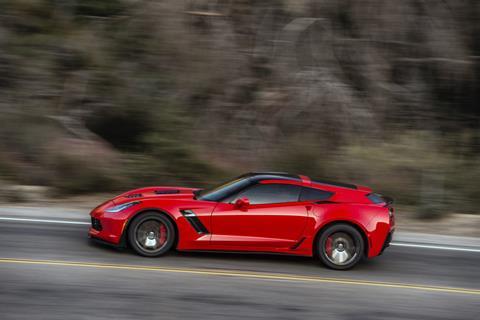 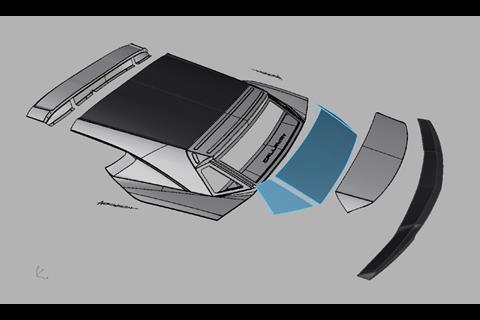 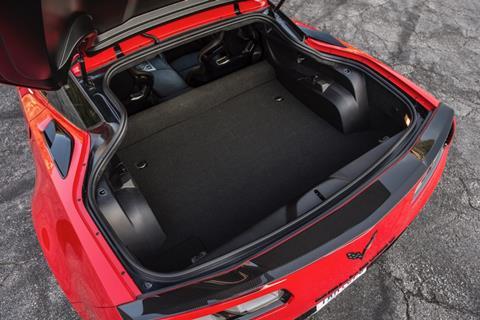 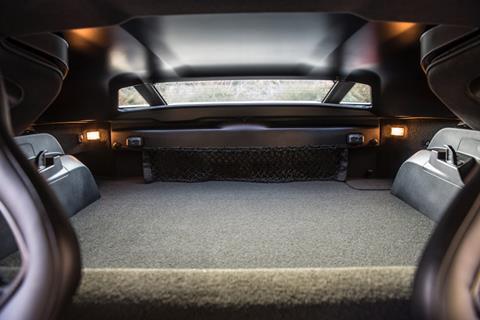