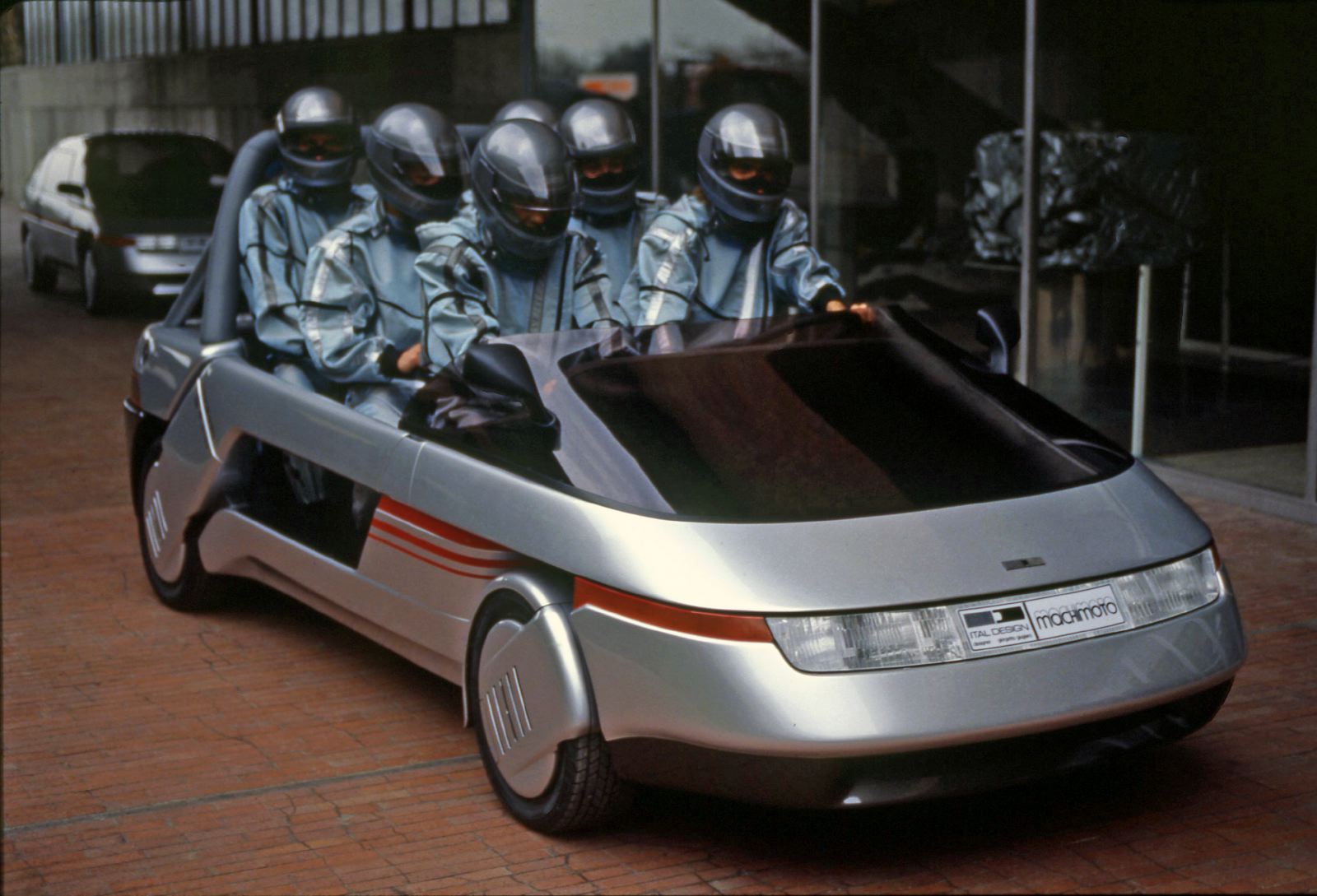 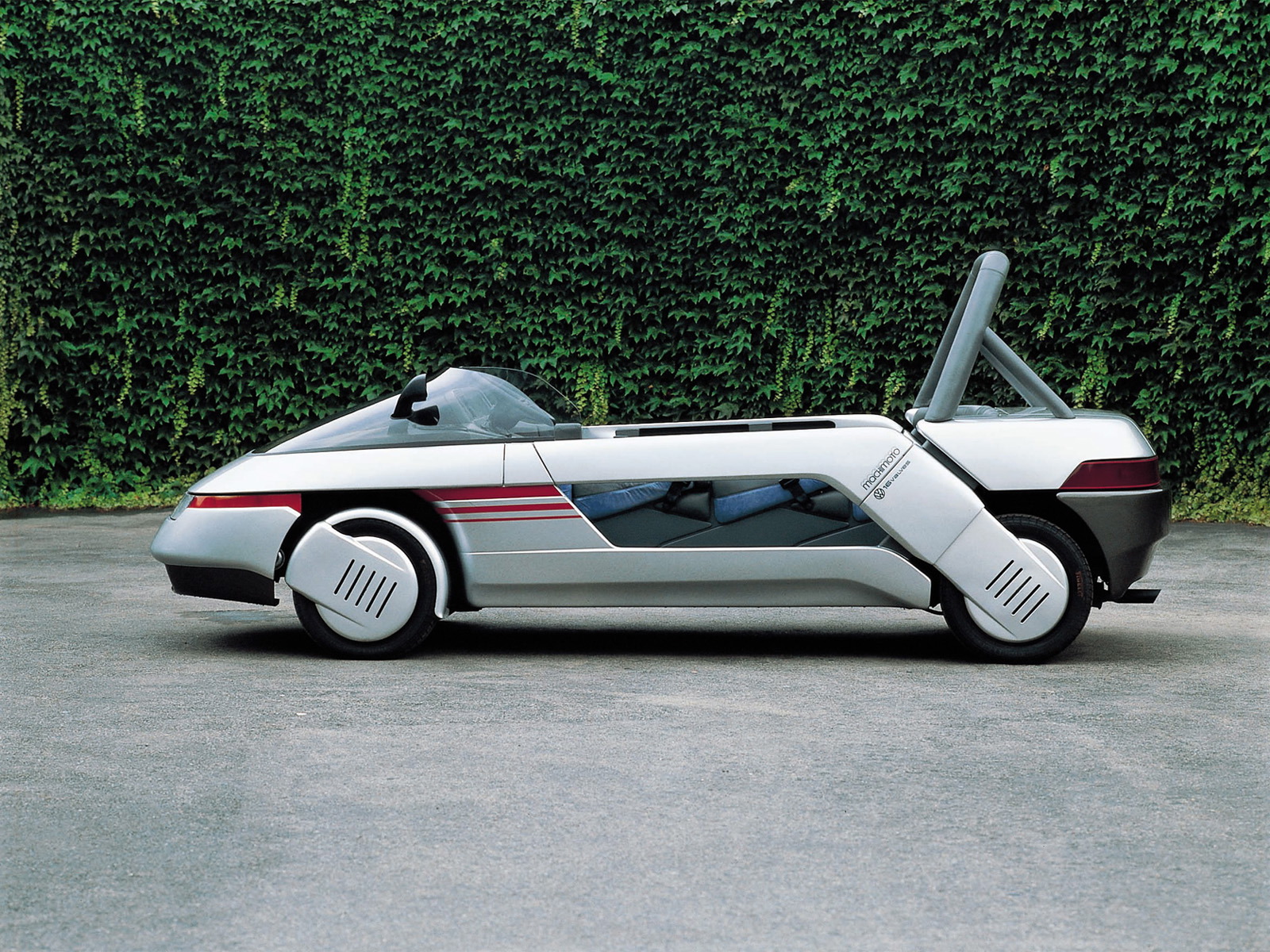 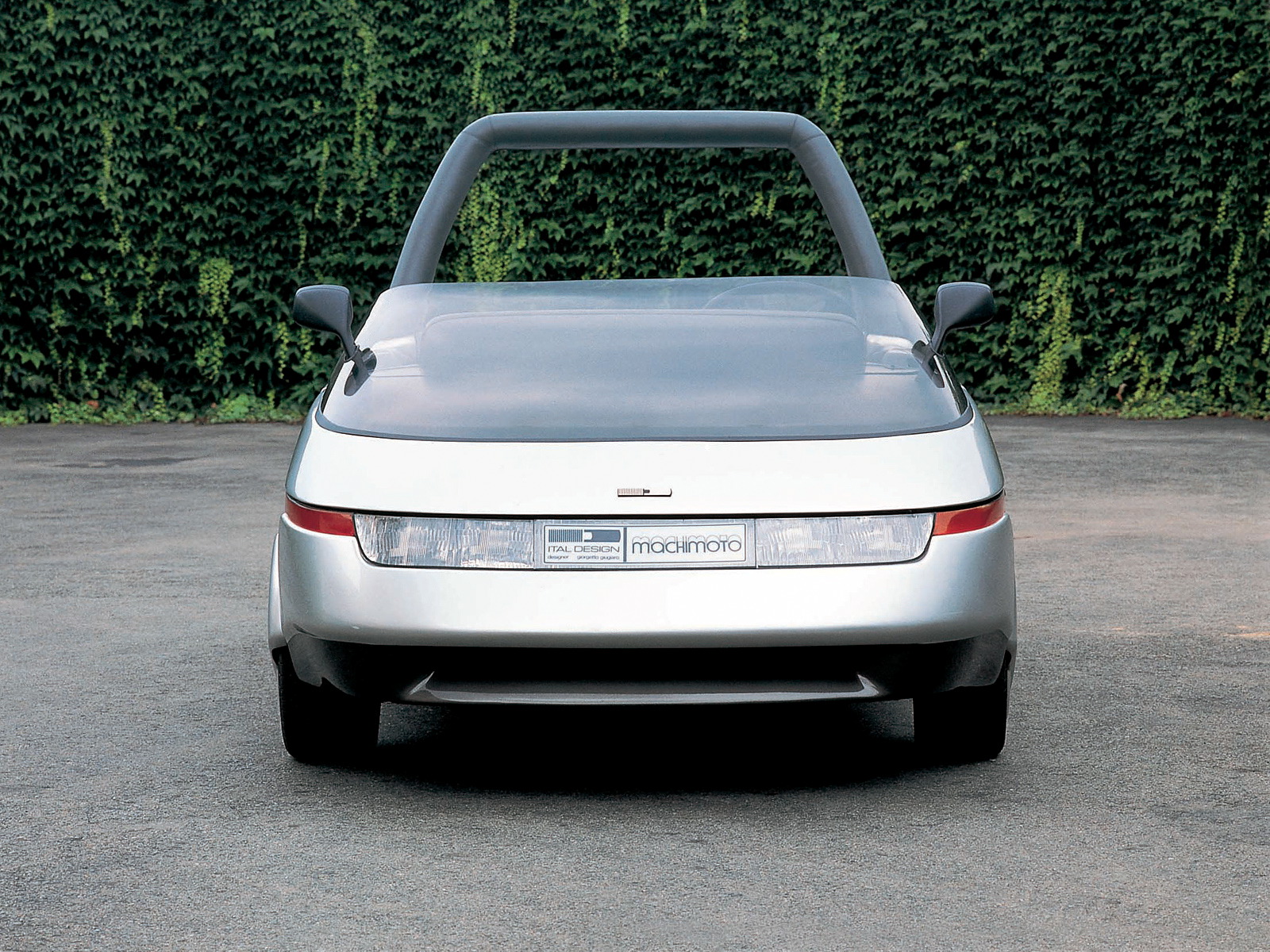 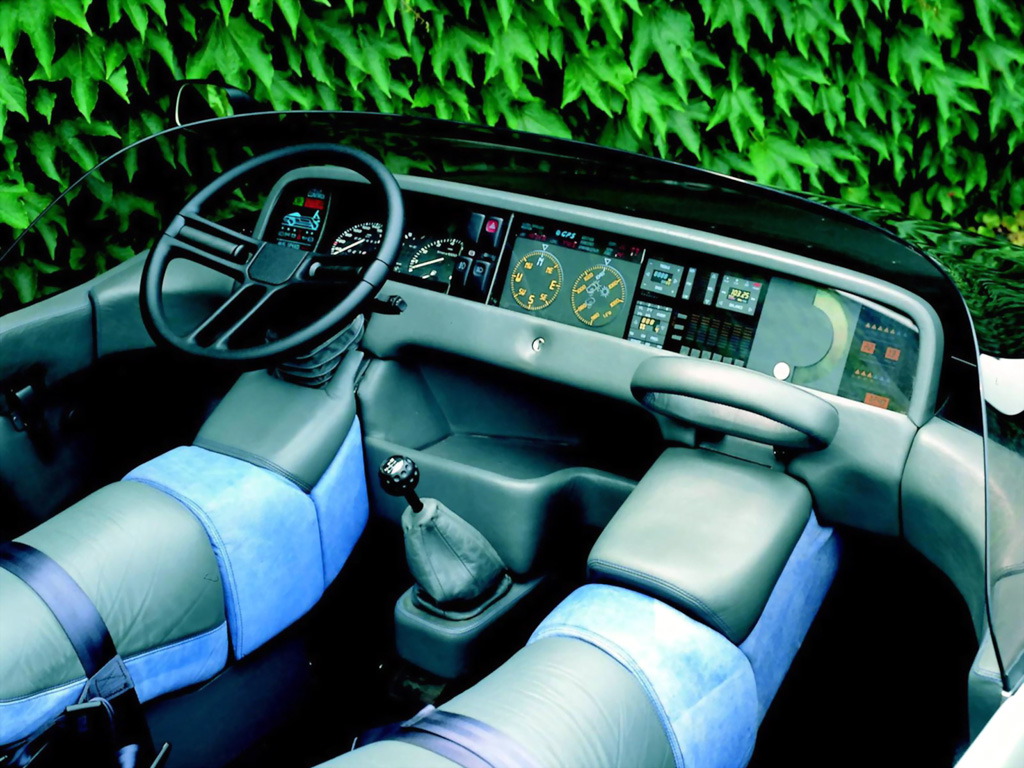 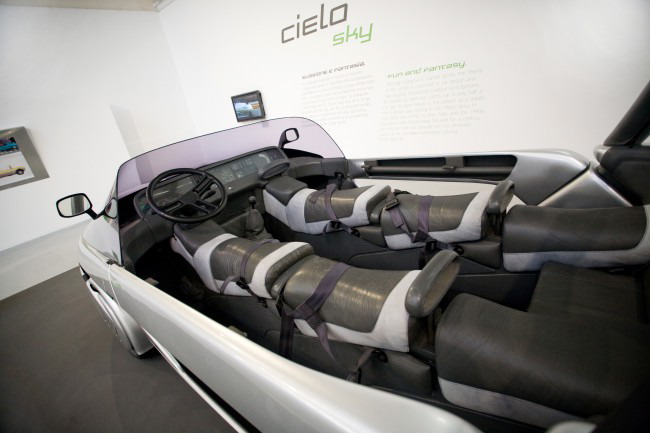 The Machimoto might look and sound like a Japanese concept, but it was developed in Europe in the Turin-based Italdesign studio, and was based on a Volkswagen Golf GTI platform. The name actually derives from MACHIna (car in Italian) and MOTOciclo (motorcycle) as the perfect hybrid between the worlds of two- and four-wheelers.

Unveiled on its home turf at the Turin motor show in 1986, it landed like a UFO, shocking both the public and the press. Some questioned its obvious defects, while others admired its radically innovative approach. 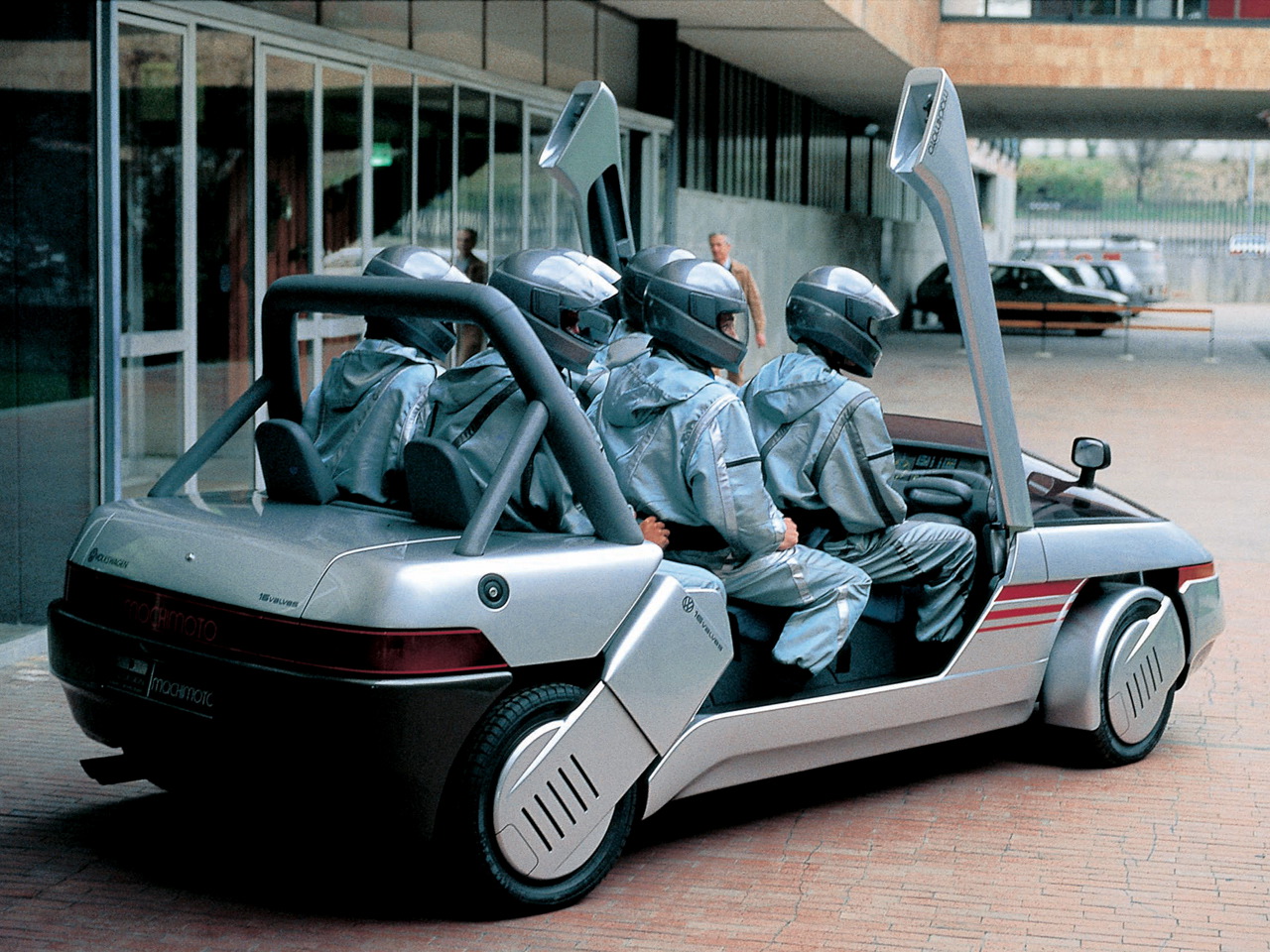 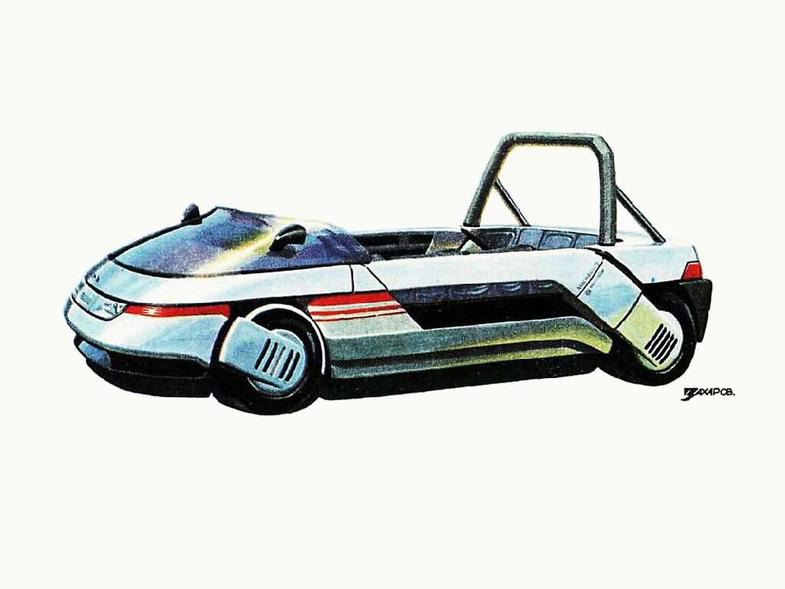 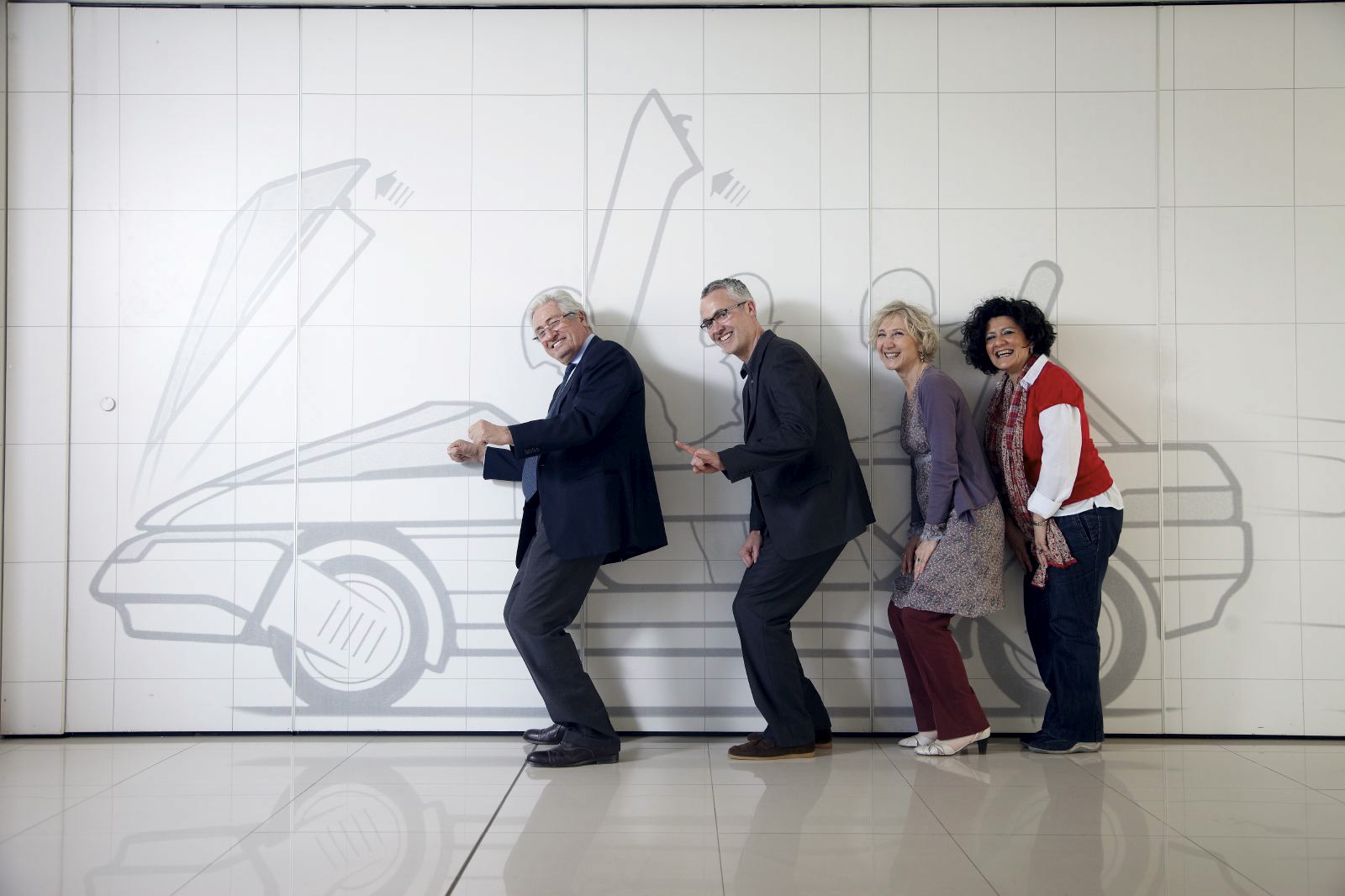 The whole concept revolved around the interior layout. Two parallel rows of seats gave room for six people sitting in tandem, as if on a motorbike. If you weren’t afraid to get rather intimate with your fellow passengers, an additional three seats could be added for an incredible nine-seater layout. Individual lap belts, side impact protection and an oversized roll cage at the back provided a minimum of safety.

The synthesis of car and motorbike continued on to the steering wheel, which incorporated two pivoting handles. These handles allowed the driver to control the car with either a traditional steering wheel (handles tucked inside the wheel spokes) or traditional bike handles (handles opened).

The 1.8-liter engine from the Golf GTI was positioned at the front and the wheelbase was slightly lengthened, although the track was retained. The simple VW components meant the Machimoto was a fully drivable prototype.

Almost 30 years later, the Machimoto is still the best nine-seater-saddle-tandem-open-top-sports-car ever made and there’s no doubt it put a big smile on the face of everyone who had the chance to ride it. 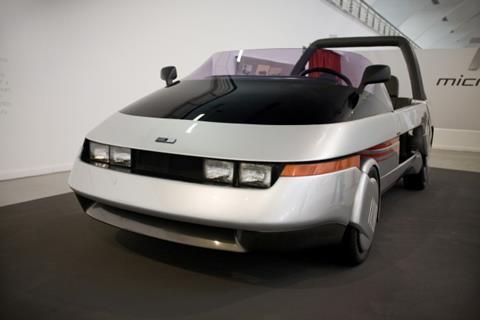 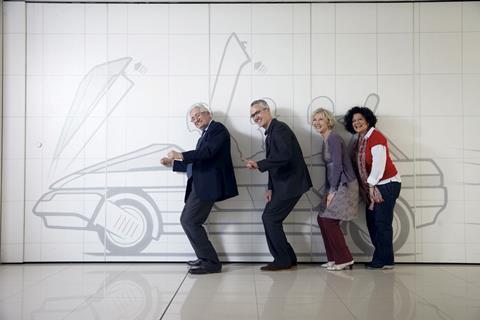 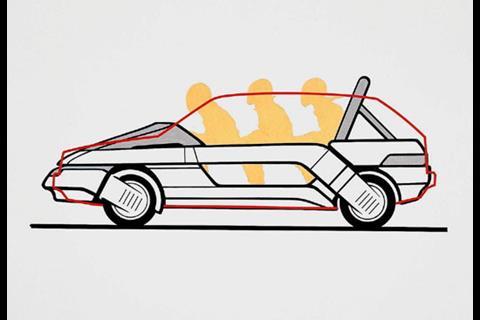 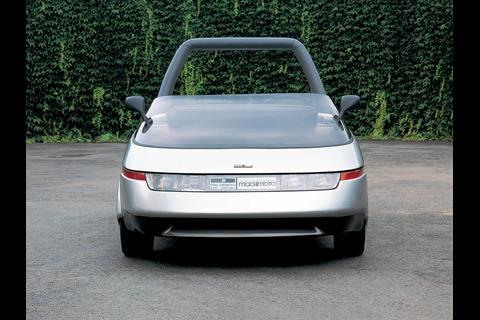 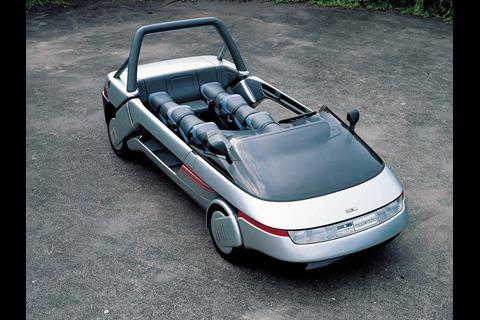 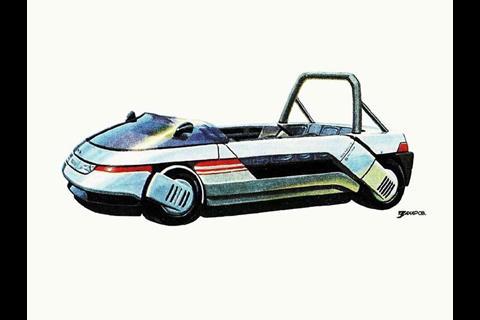 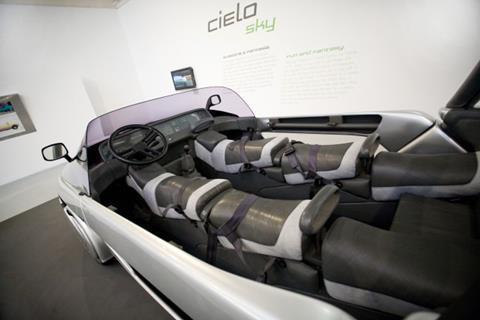 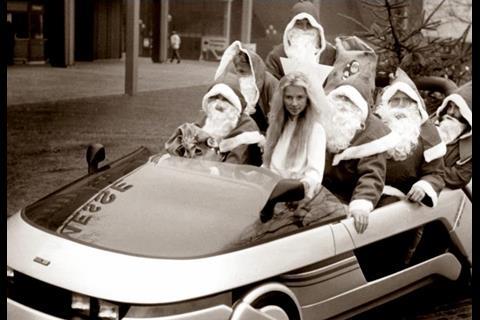 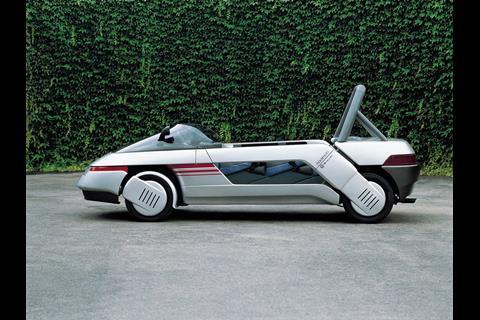 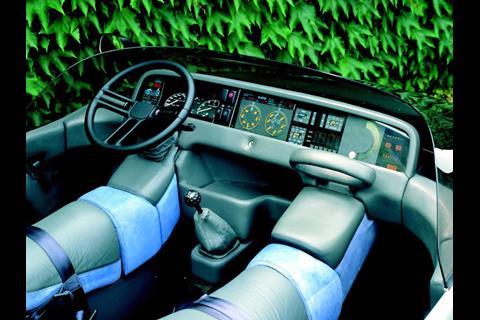 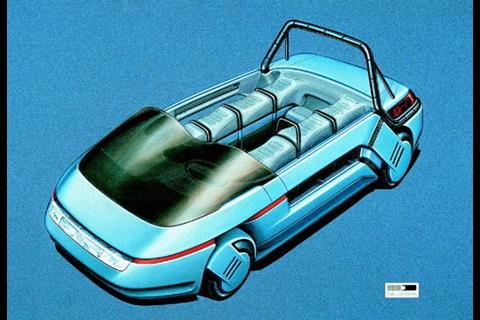 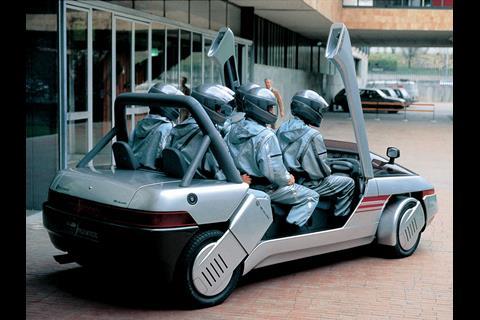 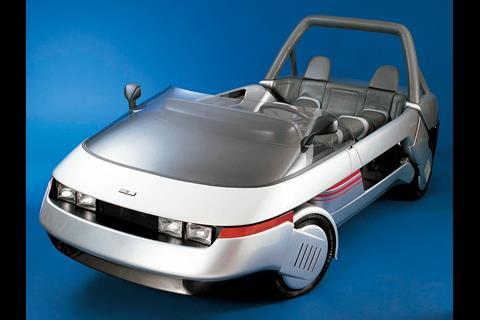 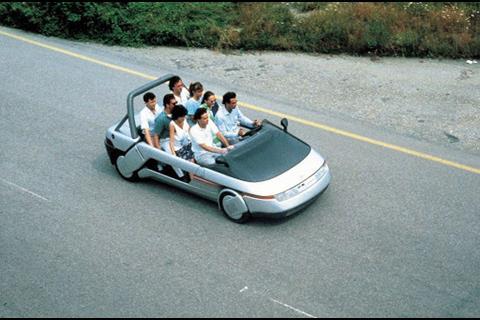 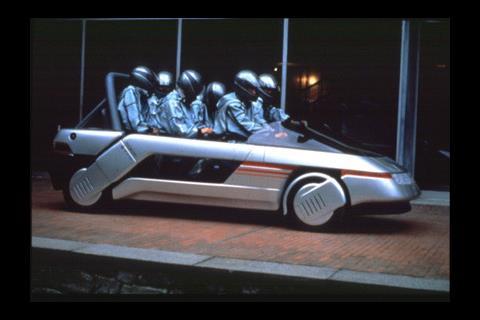 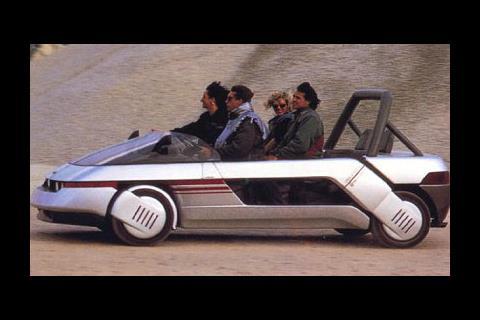 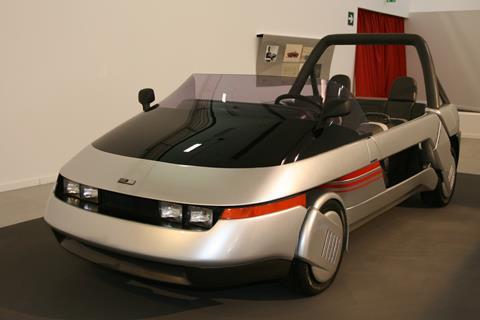 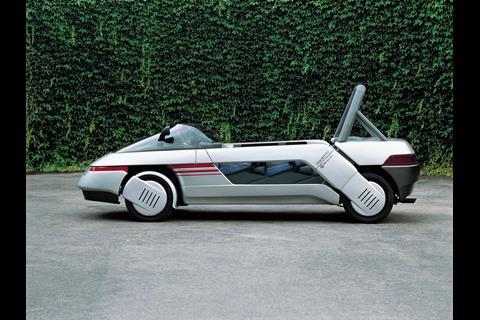