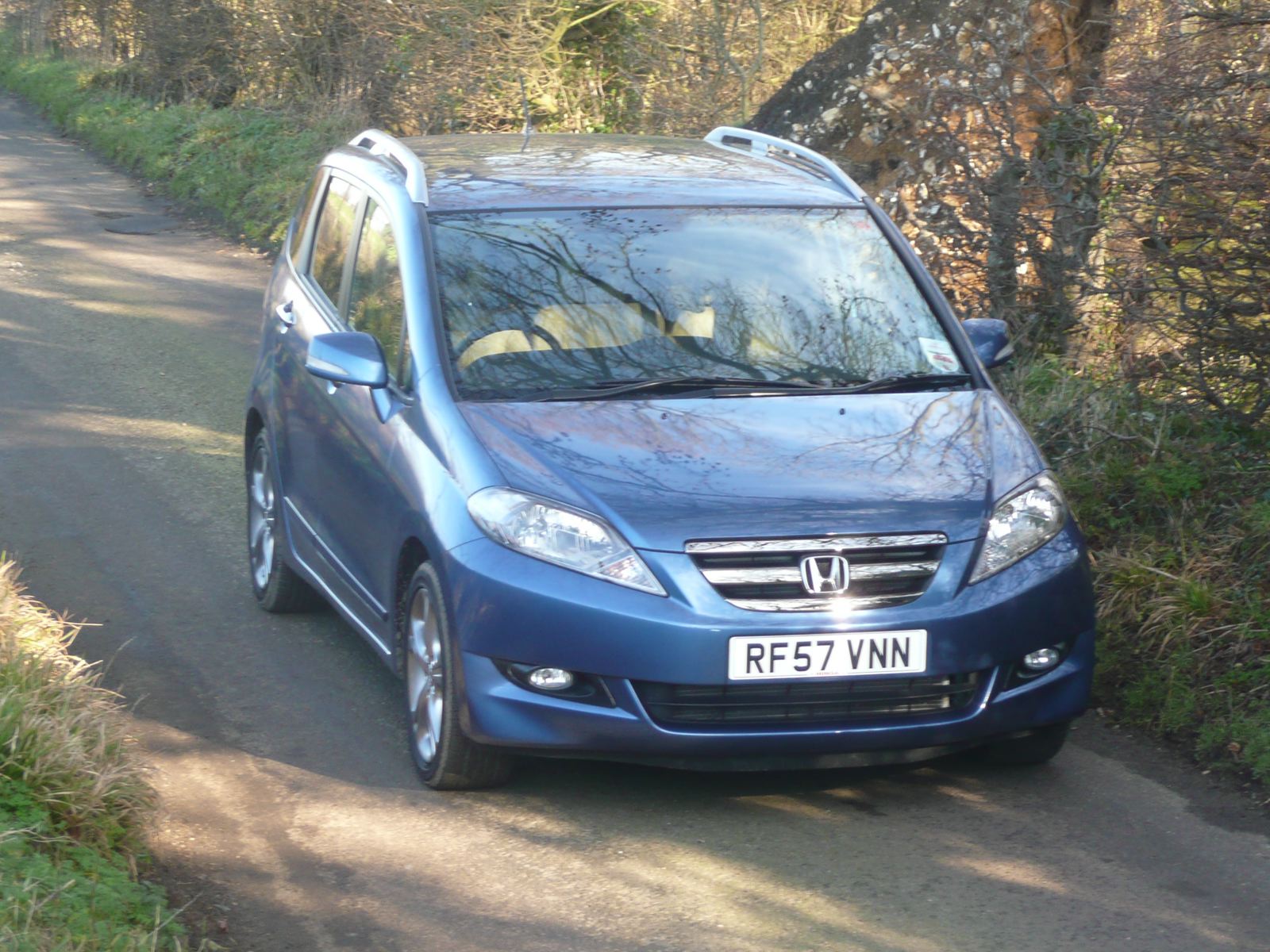 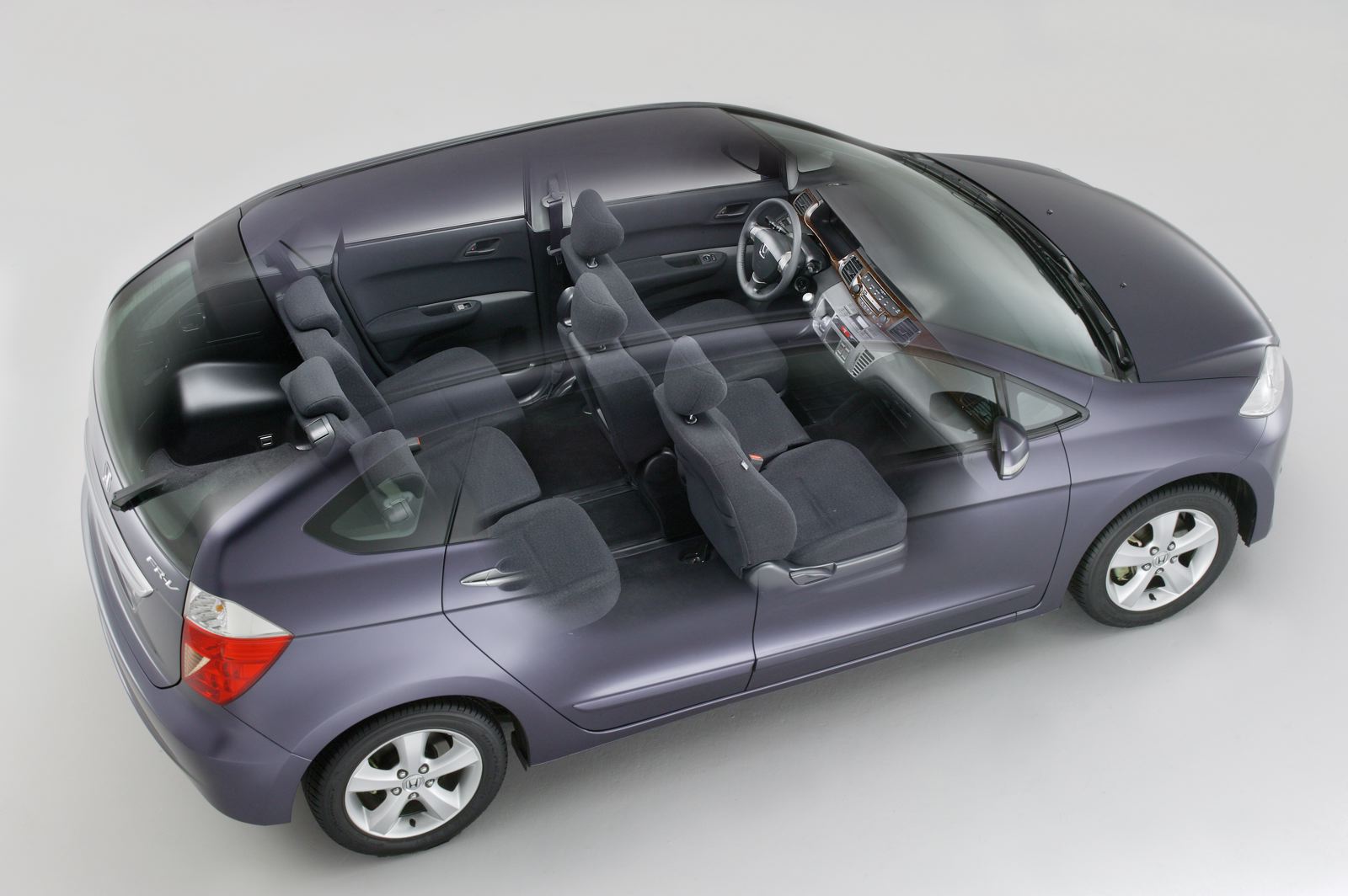 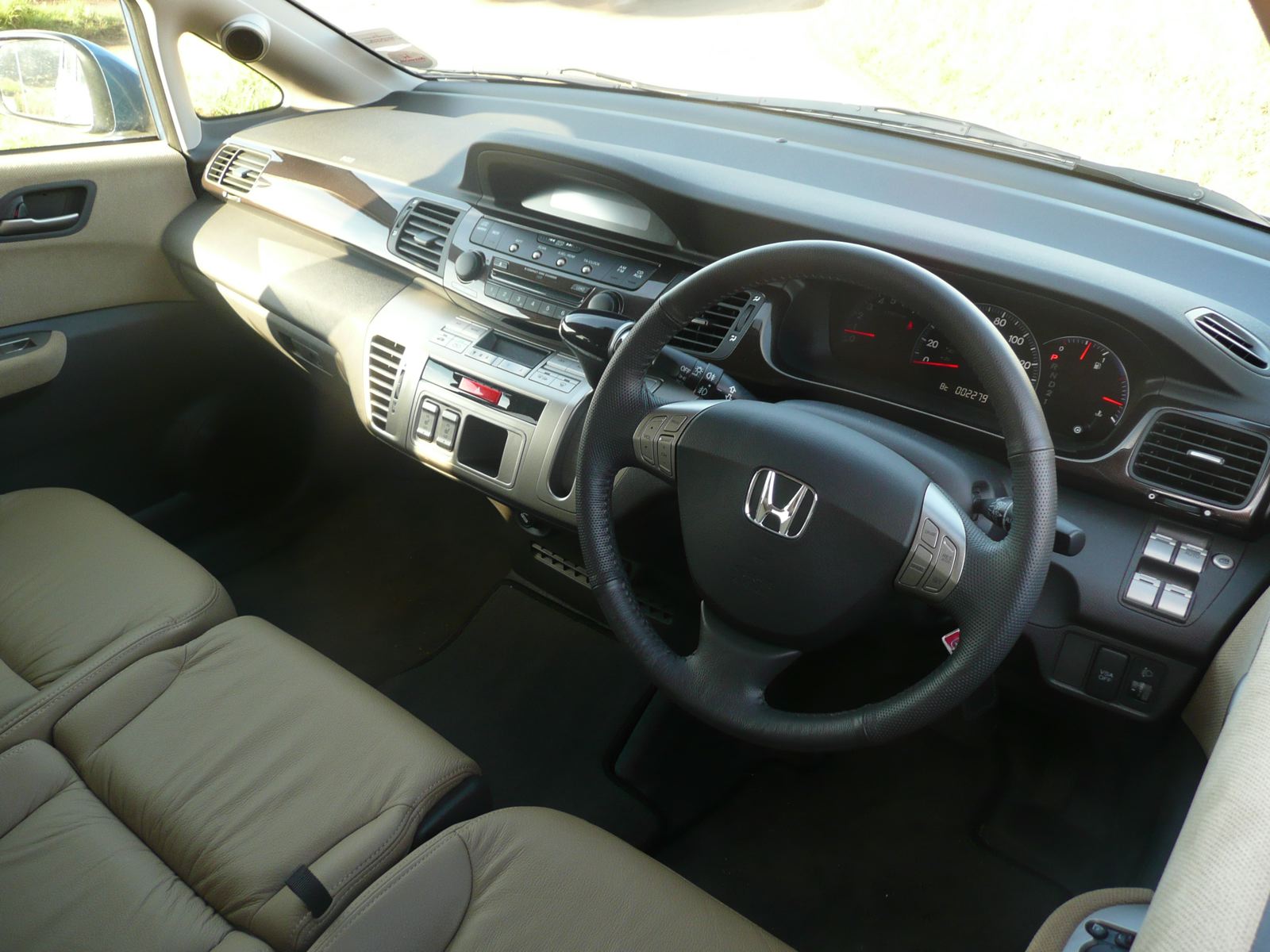 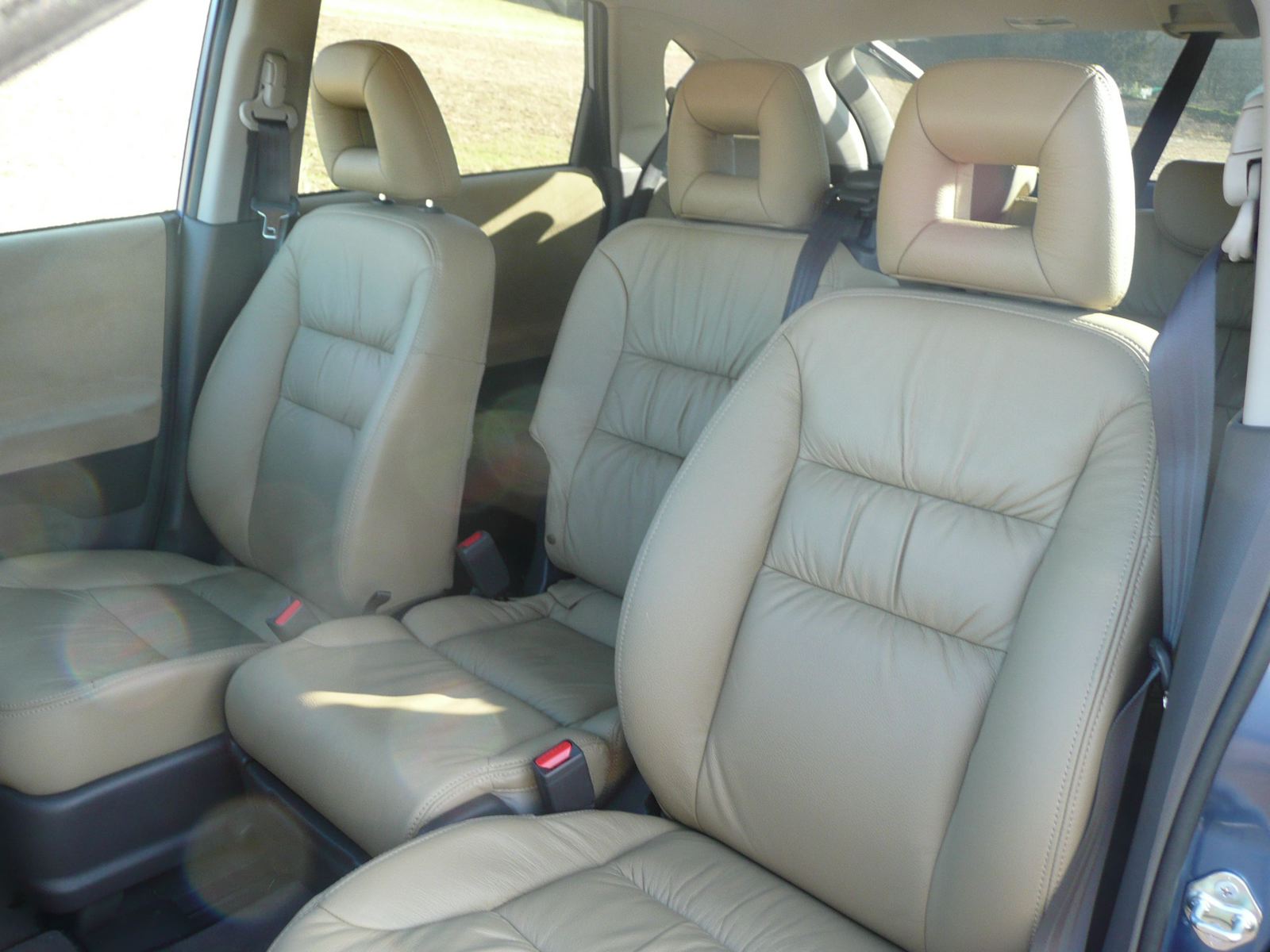 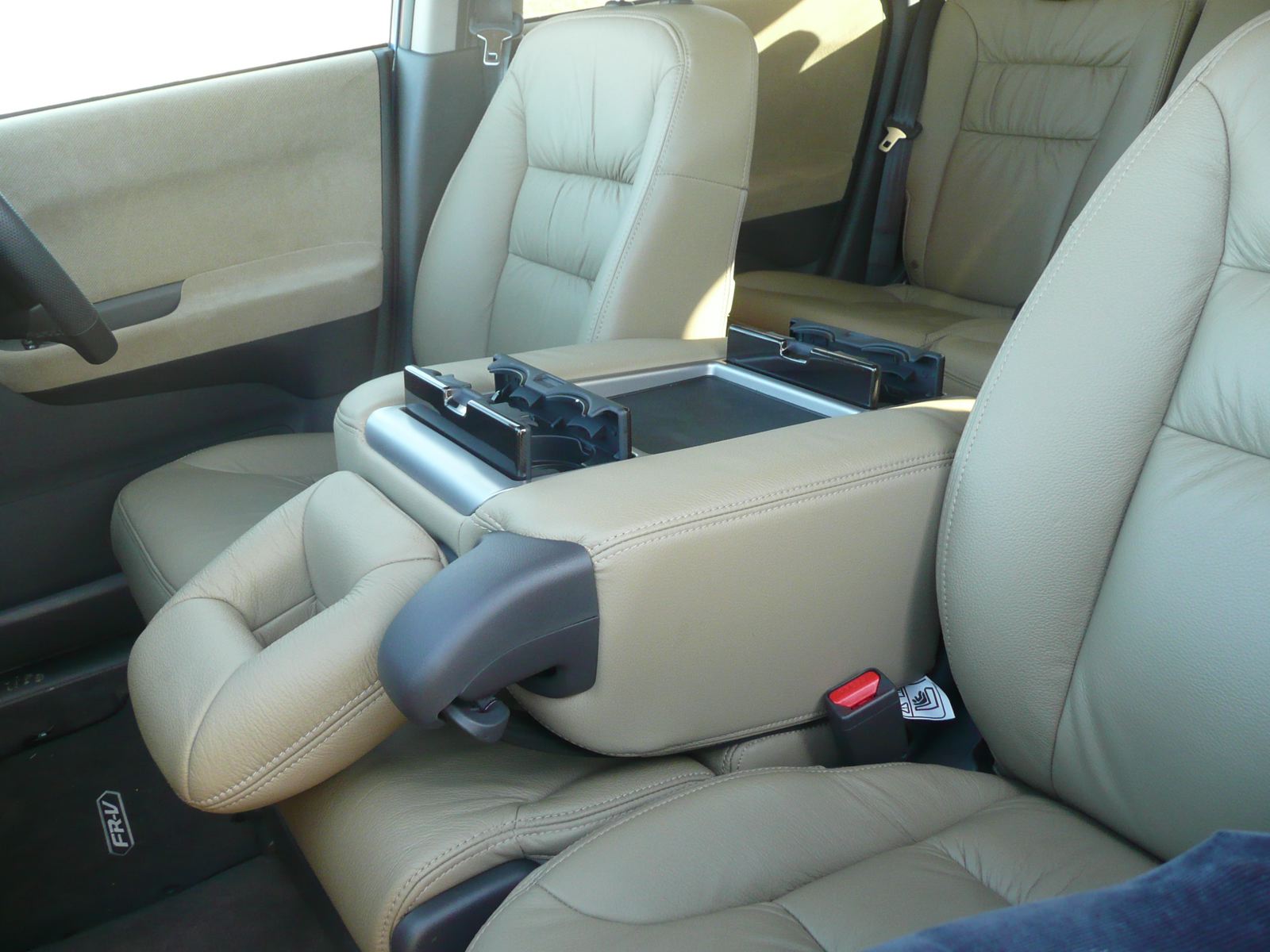 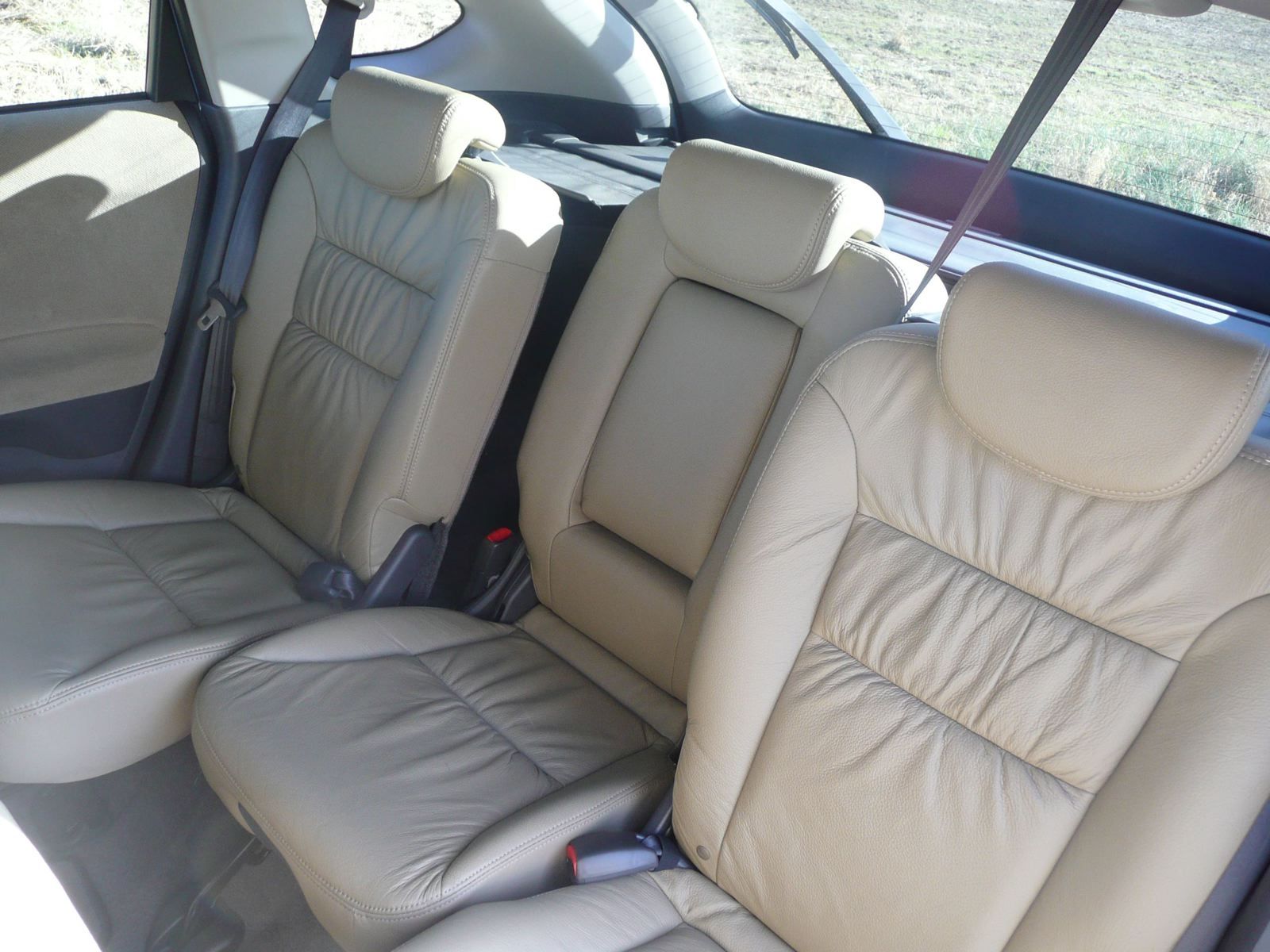 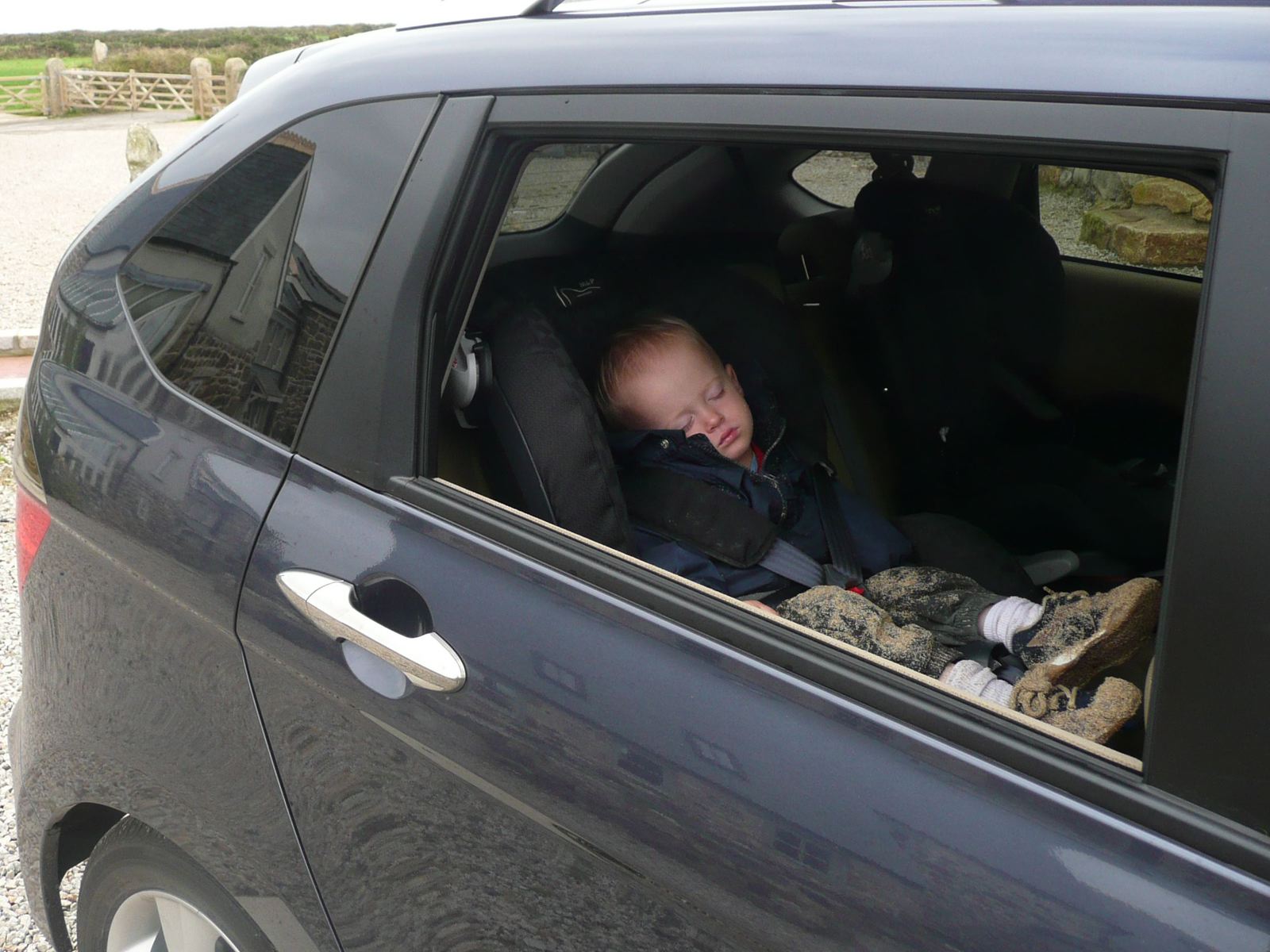 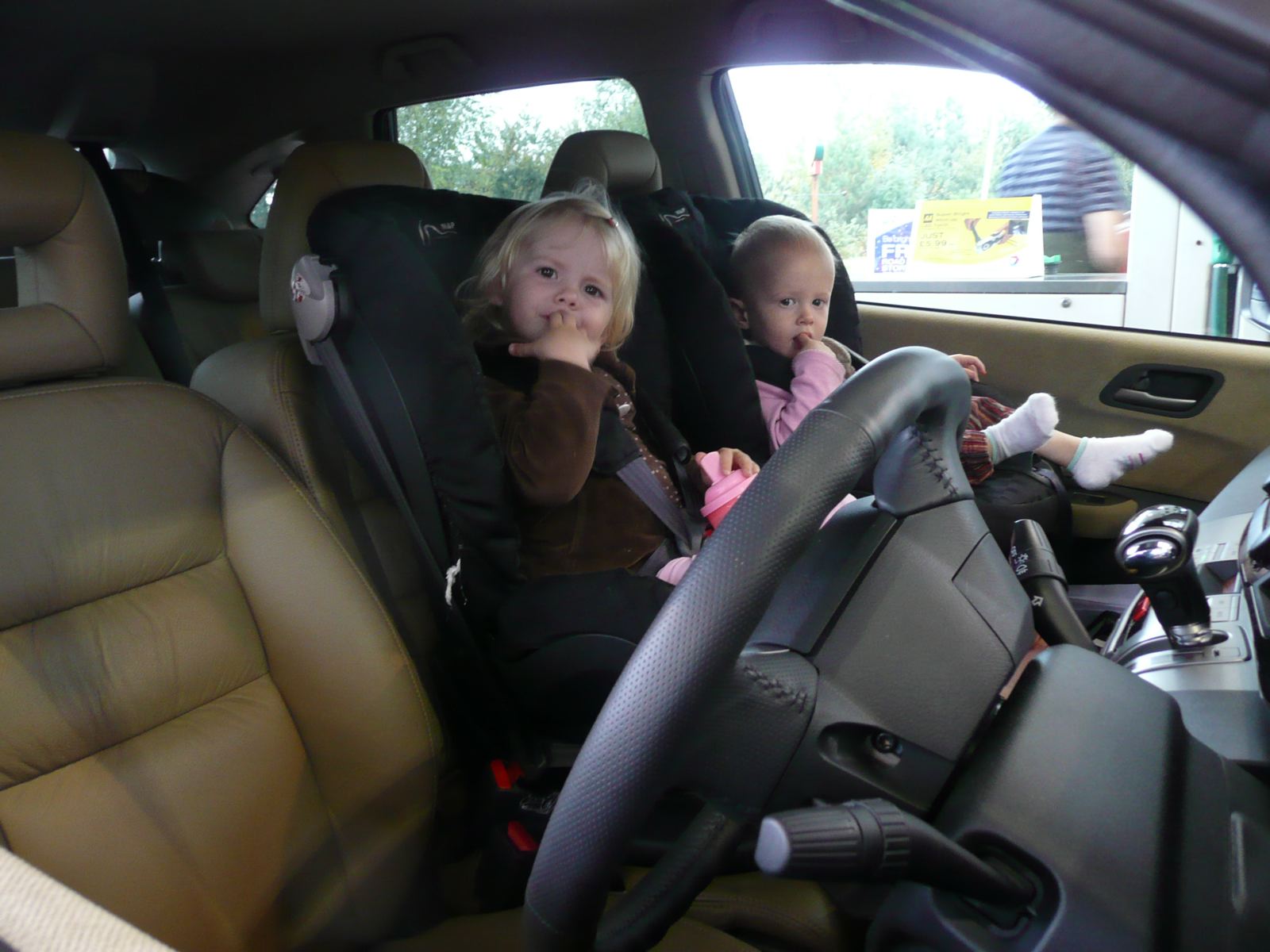 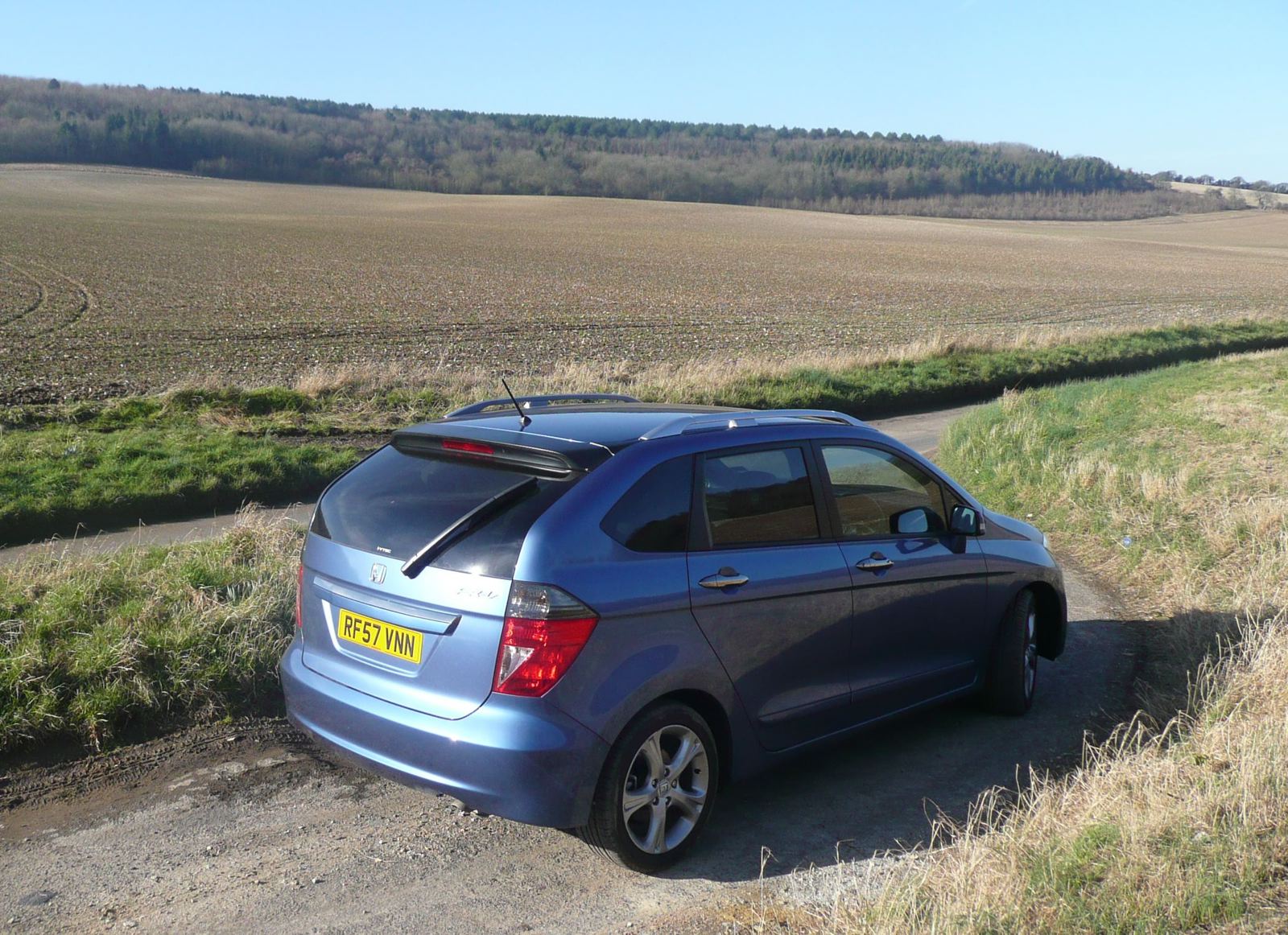 The Honda FRV is a misunderstood car. It's a European market orientated compact MPV that unusually has two rows of three seats, a configuration shared only with the earlier Fiat Multipla design. But unlike the bulbous, short, tall and deep-windowed Italian, the Honda shares almost identical dimensions to the five seat Renault Scenic that is the compact MPV market leader (the longer wheel base Scenic and other compact MPVs with three rows of seats to seat seven people is about a foot longer). 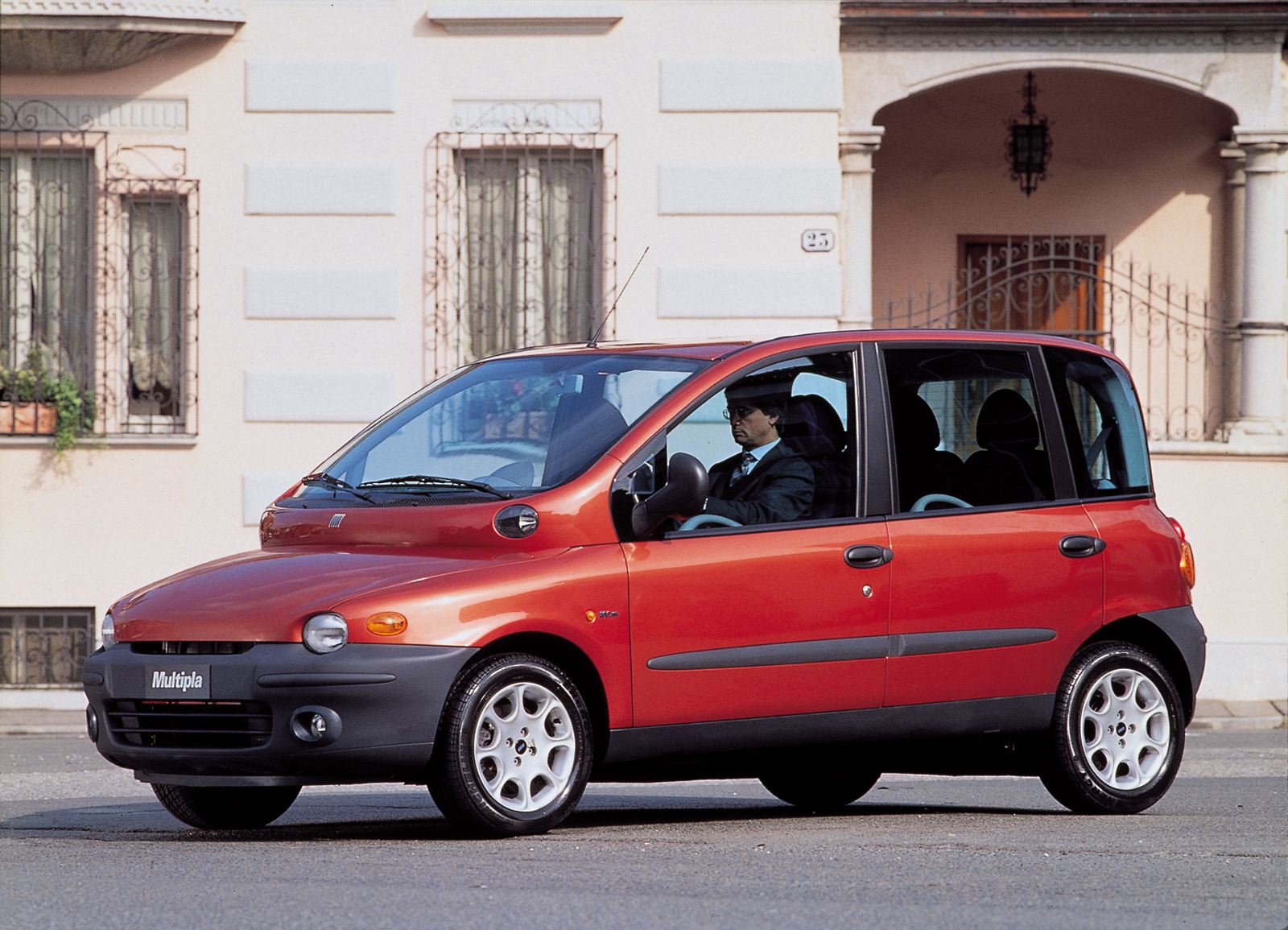 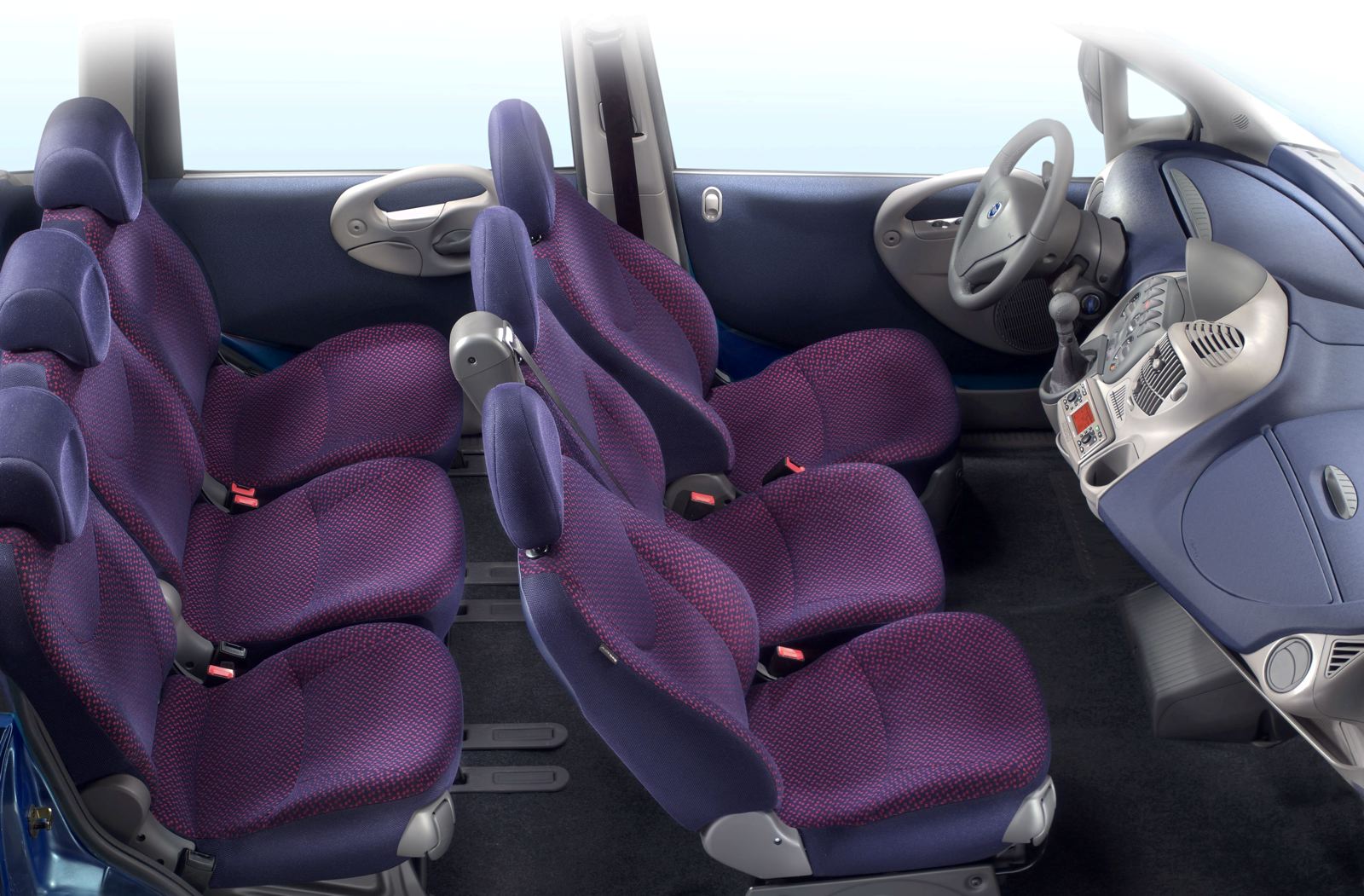 Multipla was first with six seat layout over two rows 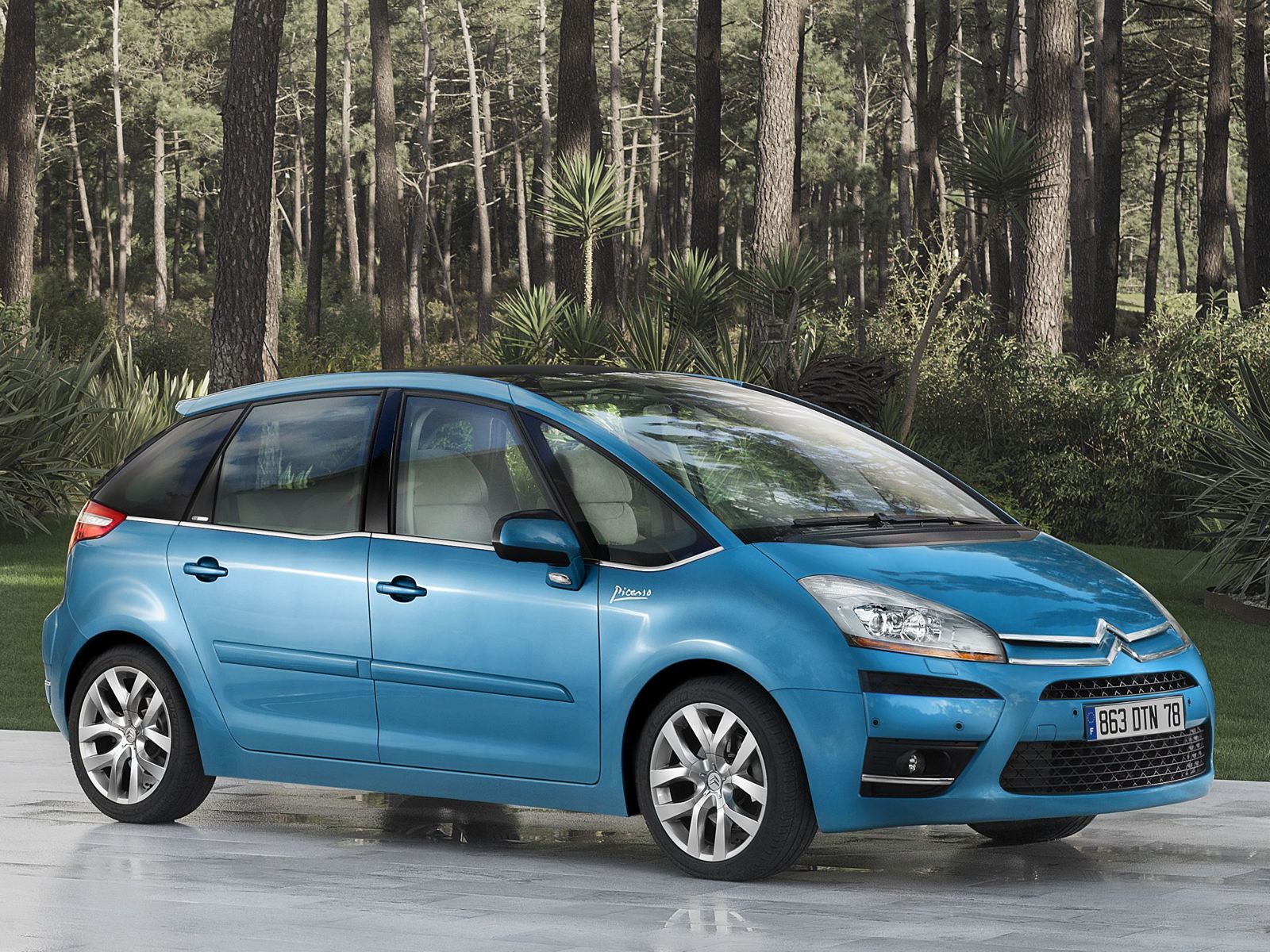 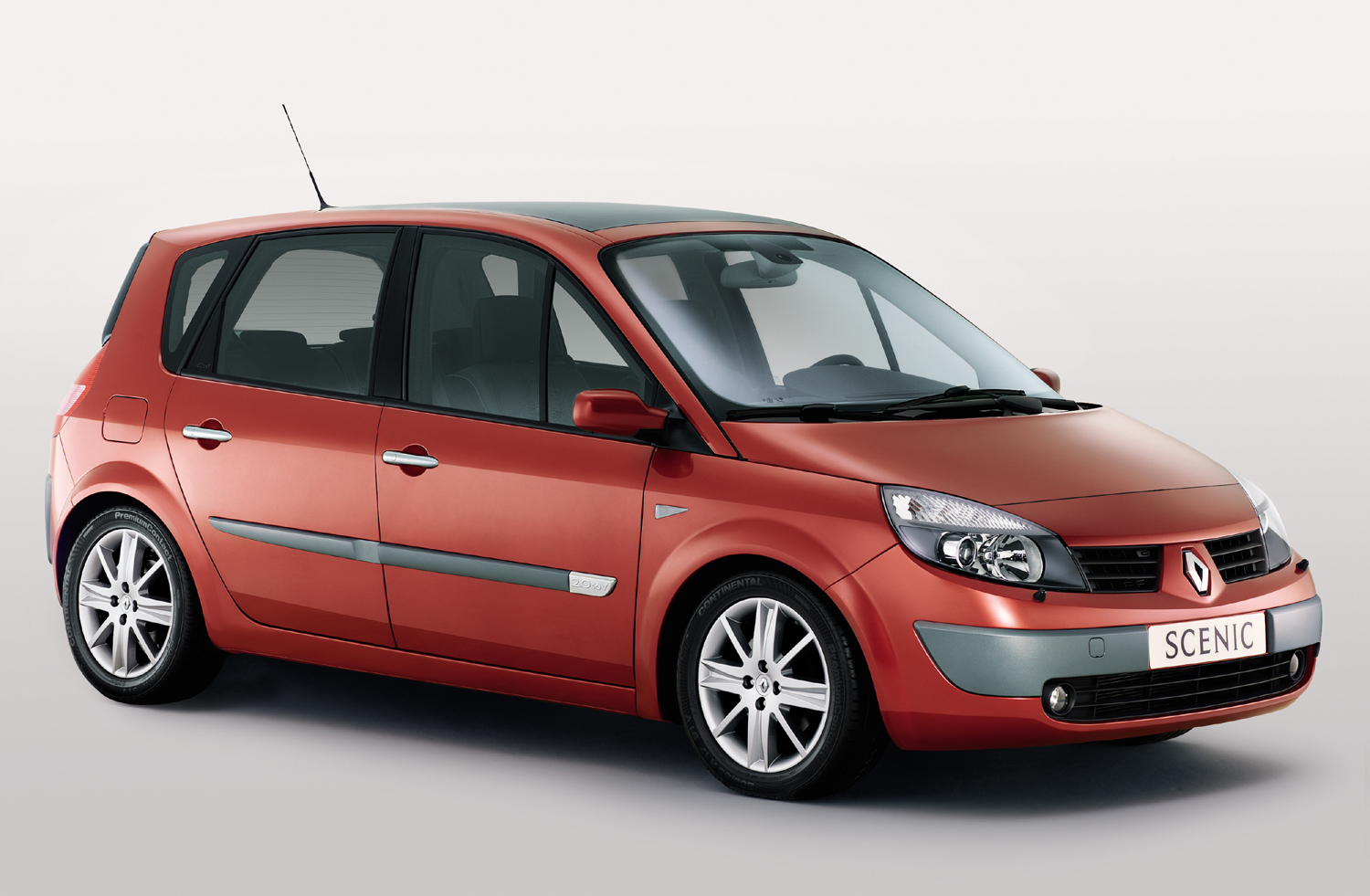 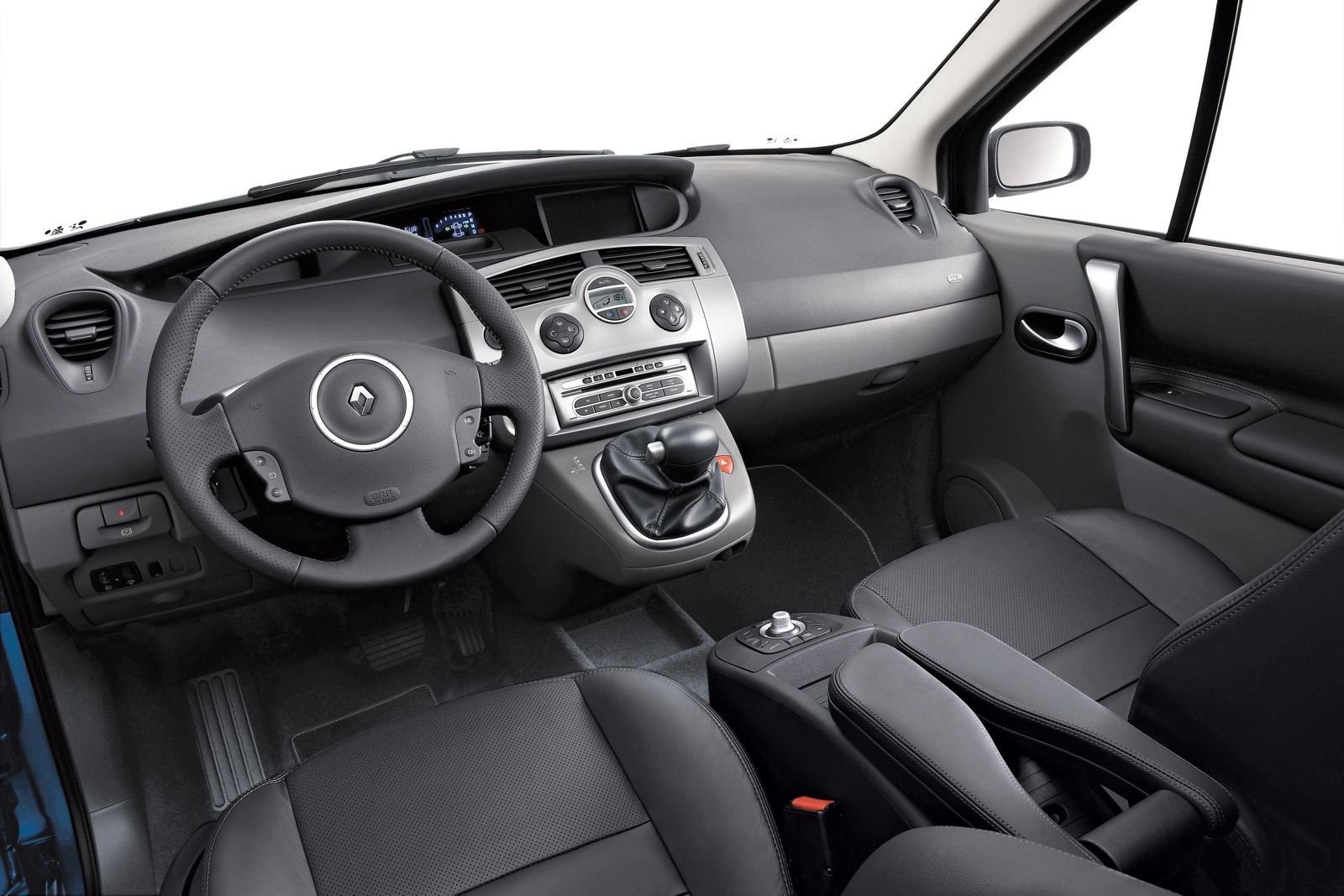 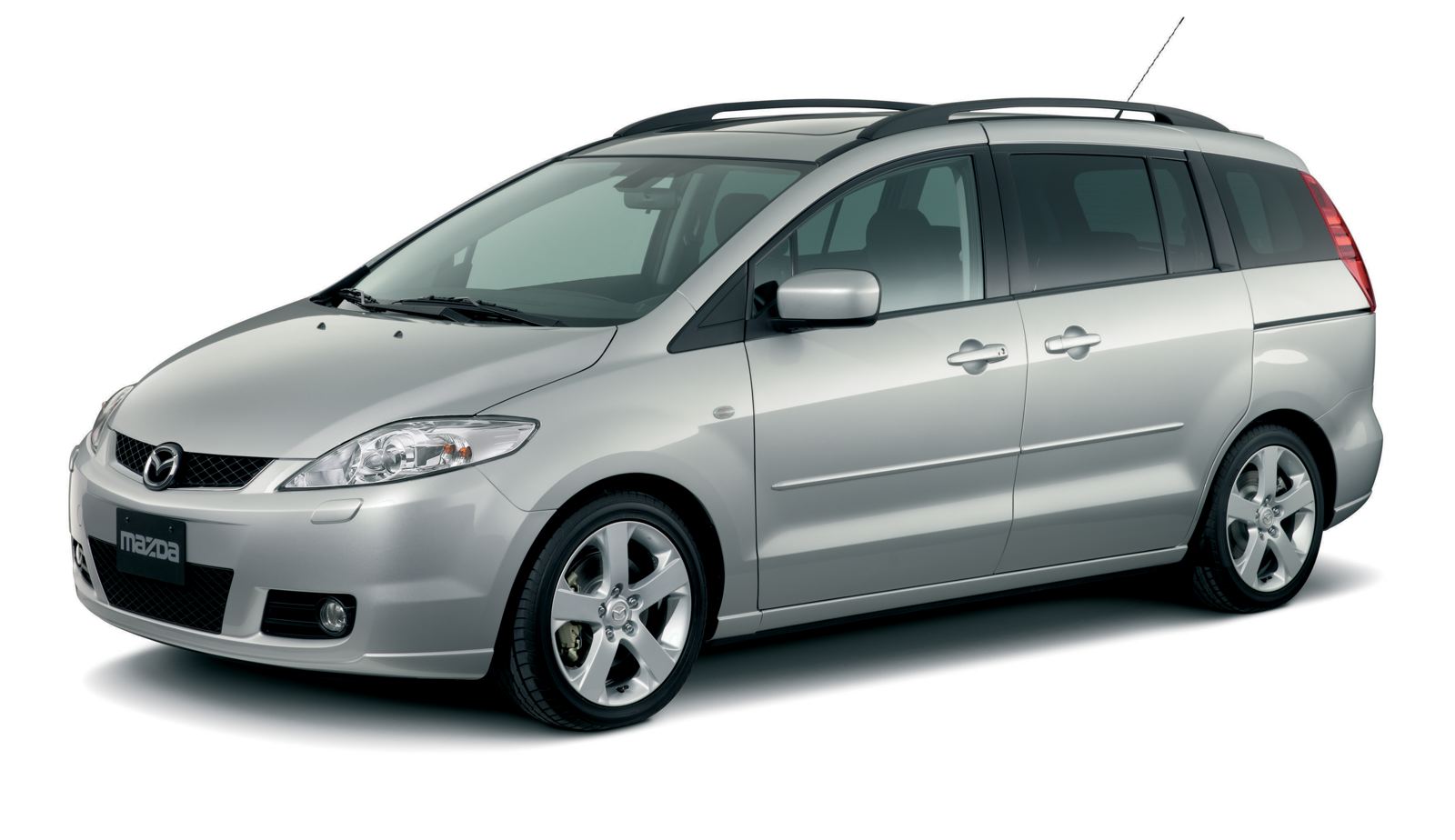 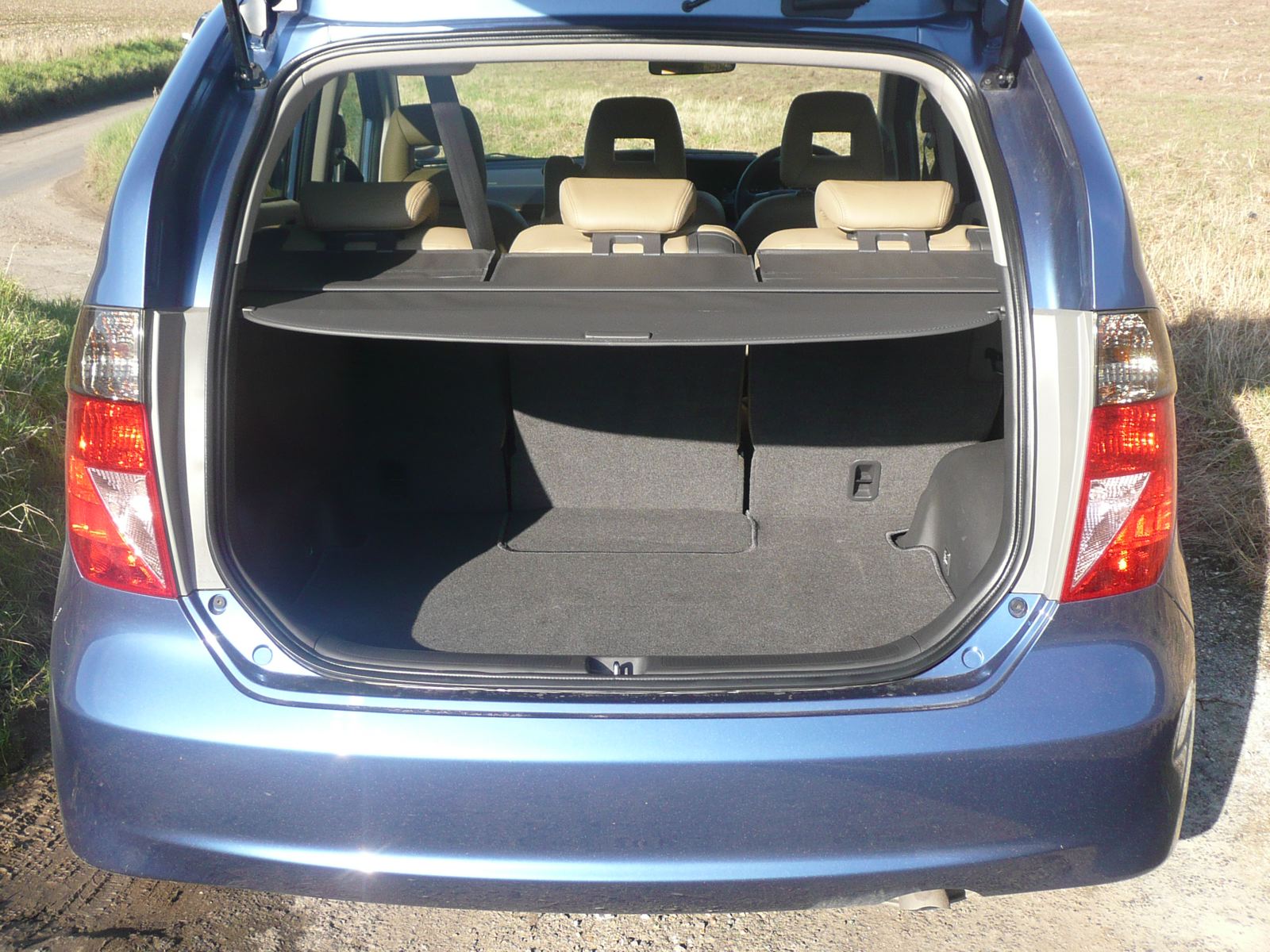 Surely then, it will compete directly with those cars while offering the unique selling point of having an extra seat? In many ways it does, but the FRV also embodies something quite unique in the MPV sector: the subdued strength of the fenders, the sheer flanks, the planted stance and the assertive front face give the car a strong masculine design identity. It is dynamic in its DLO, stance and DRG - at speed we found it emptied the outside lane of multi-lane highways unusually well - and yet it has robust SUV qualities, too. These unique attributes differentiate the FRV from mainstream MPVs, more so than its additional seat.

But there is also a slightly unusual quality to its exterior design with its SUV form language, dynamic graphics, MPV proportions and the lack of tumblehome - a by-product of the three abreast seating which requires extra width at roof height for sufficient head swing, just as on the Multipla. And this may well be central to why no-one we showed the car to thought it was very attractive, and perhaps why the FRV is outsold three to one in sales by the Mazda 5 in Europe, a design that is arguably more conventionally attractive.

Except for having a sixth seat, inside the FRV is less unusual. The center front seat is notably narrower than the other two, meaning elbows rub (or child seats and elbows rub) with three up front. But the center seat also slides further rearward than the other front seats, which then creates shoulder space. When pushed right to the leading edge of the central rear seat it makes for a unique and rather convivial five-seat configuration, laid out like the five dots of a dice (see picture). This position also has easy reaching access to the rear seats - a valuable family car attribute.

Otherwise the interior is quite generic. The gear selector is mounted on the IP as with the Honda Civic and has a slightly crude two-tier design - almost as if design management chose to go ahead with two IP designs and layered them one on top of the other.

Up close the design is also behind the established class leaders from France, the Renault Scenic and Citroen Picasso, both in terms of perceived material quality and particularly cabin storage space. While the front center seat folds forwards and the rear seats offer leading folding versatility, the door pockets are unnecessarily slim and the general provision of cubby holes is limited - there is no place to store sunglasses, water bottles or an i-Pod. There are also a few other details which suggest that the design team didn't spend as much time in cars with children as some of their competitors' designers did: the front airbags don't switch off (vital for rear facing child seats); the cigarette lighter is directly in front of the toes of any toddler seated in a front center-mounted child seat; there are no cup holders with the front center seat in place (there are four when it is folded down); and there is no separate power supply to the rear seat area - another pre-requisite of the family car in our sub $100 portable DVD world...

Composed handling, good refinement and the genuinely valuable sixth seat, however, do make a strong case for the Honda FRV. When combined with a design identity that isn't the normal passively amiable ‘we've just started a family, aren't we nice' quality of most MPVs, there really ought to more FRVs on the street. A facelift could make the interior more family friendly, and a top version with another couple of inches on the width and diameter of the wheels and the S2000's VTEC engine could help people better understand the FRV.