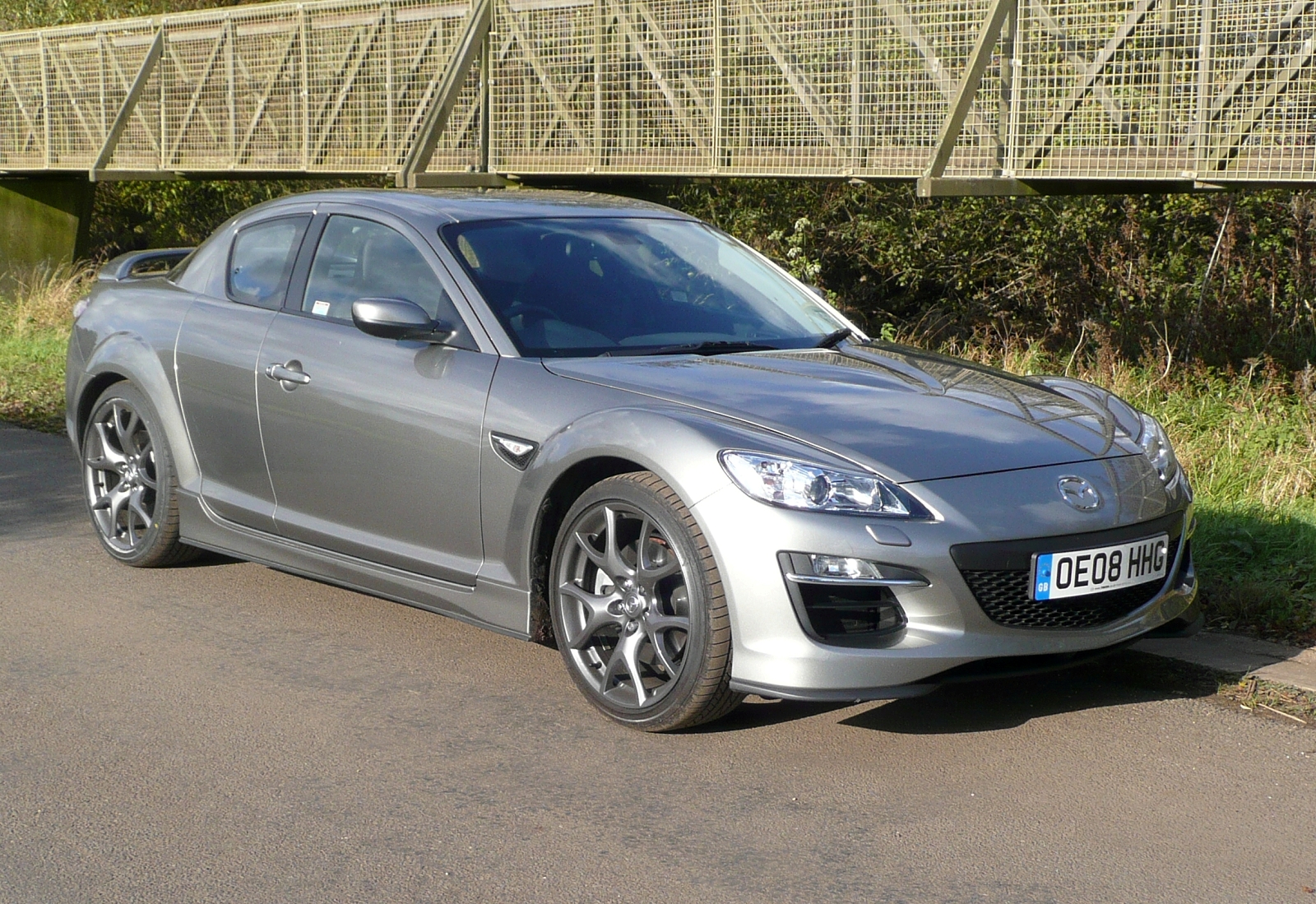 RX-8 is a quirky but practical sports car. Click for larger images 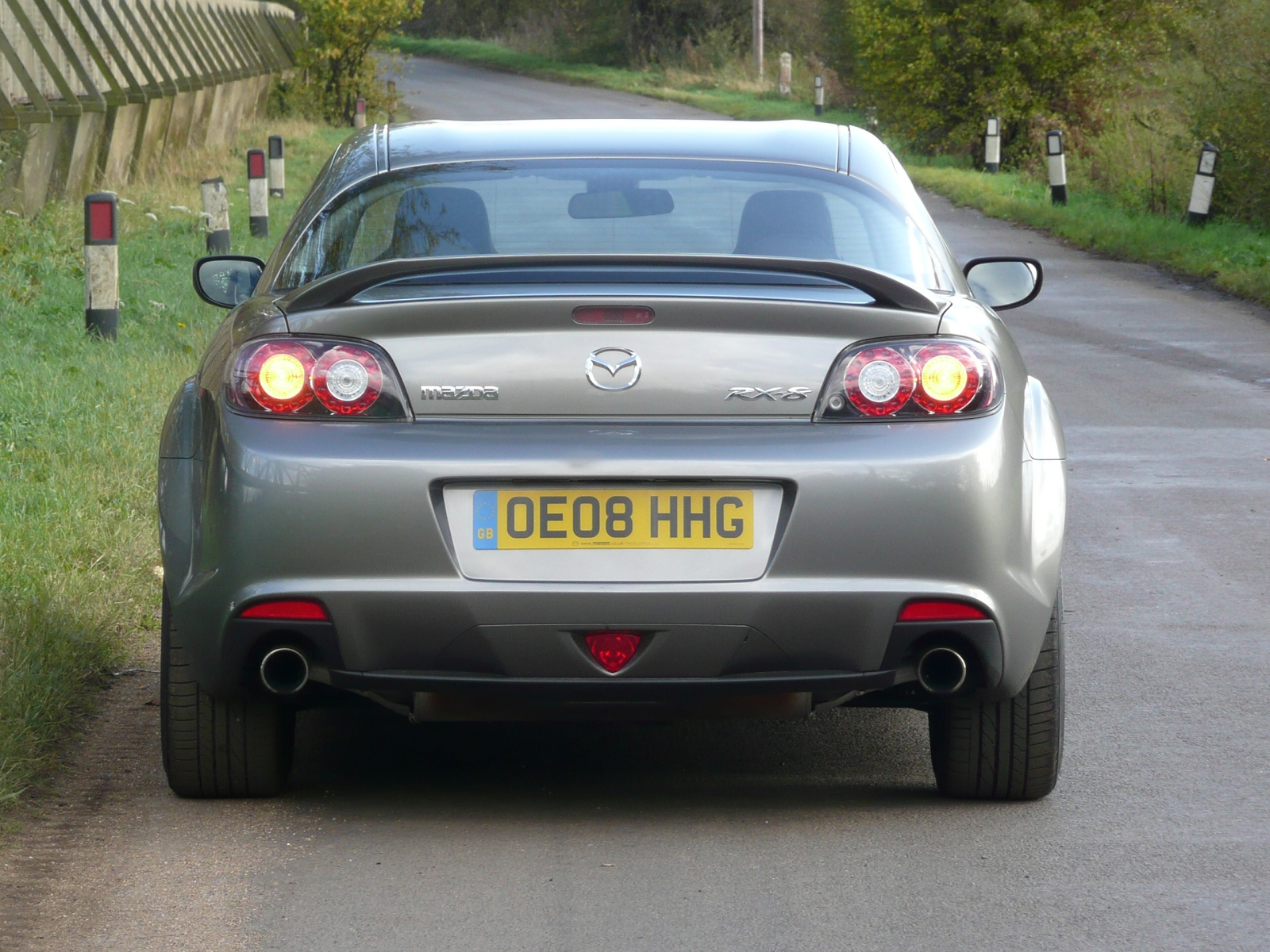 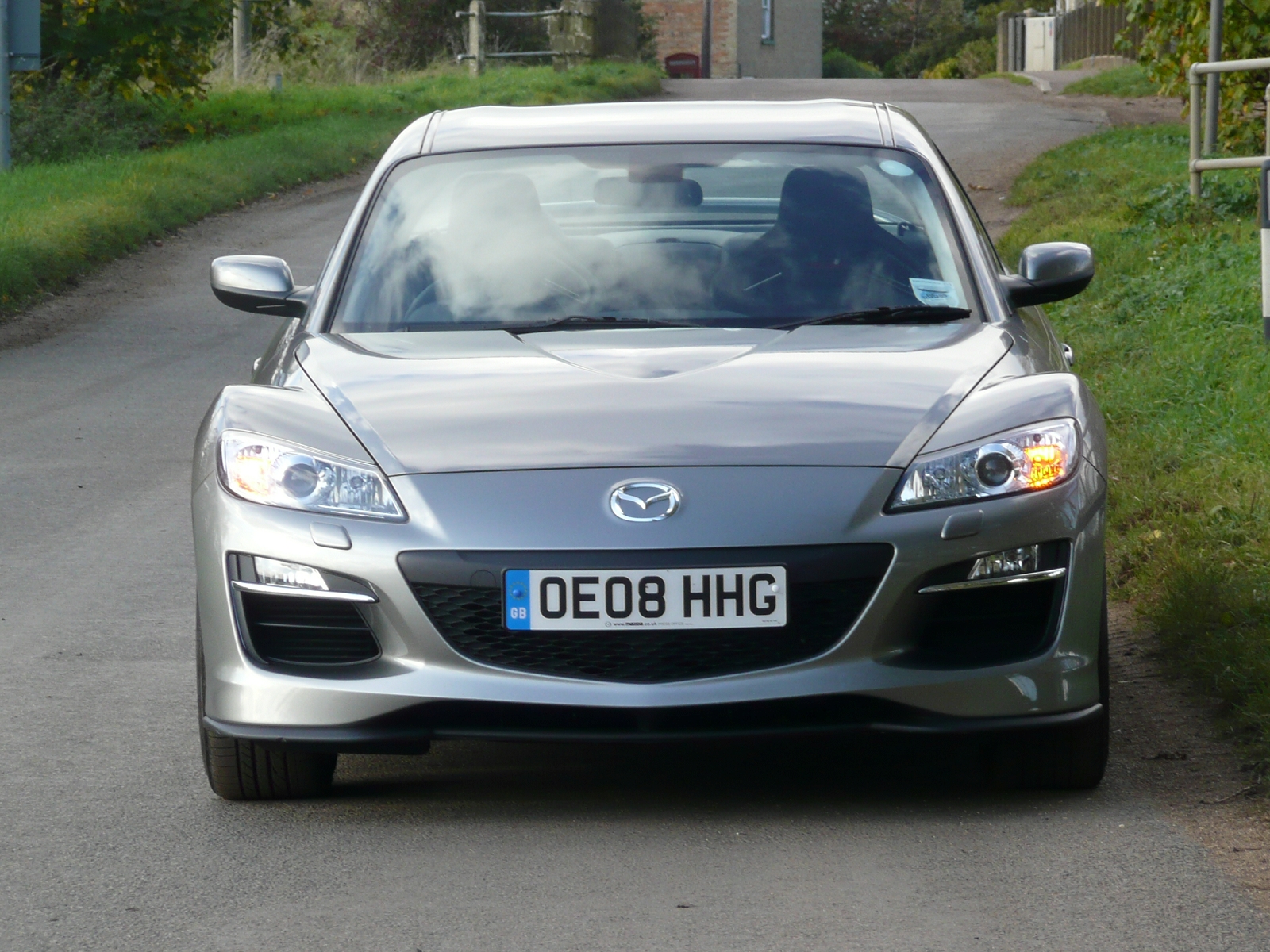 Our RX-8 was the R3 version, which featured 19-inch wheels and a slightly tacky body kit. 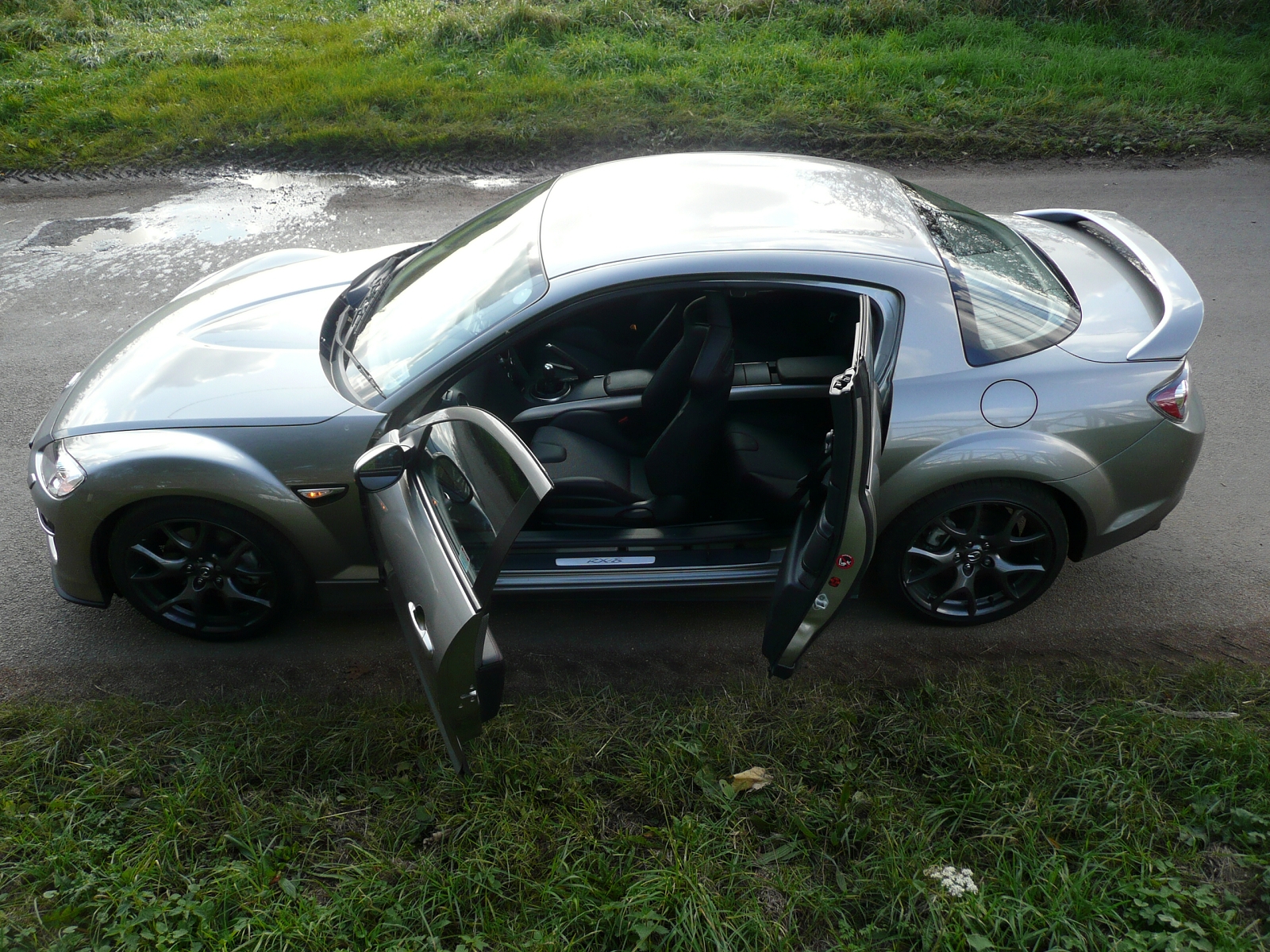 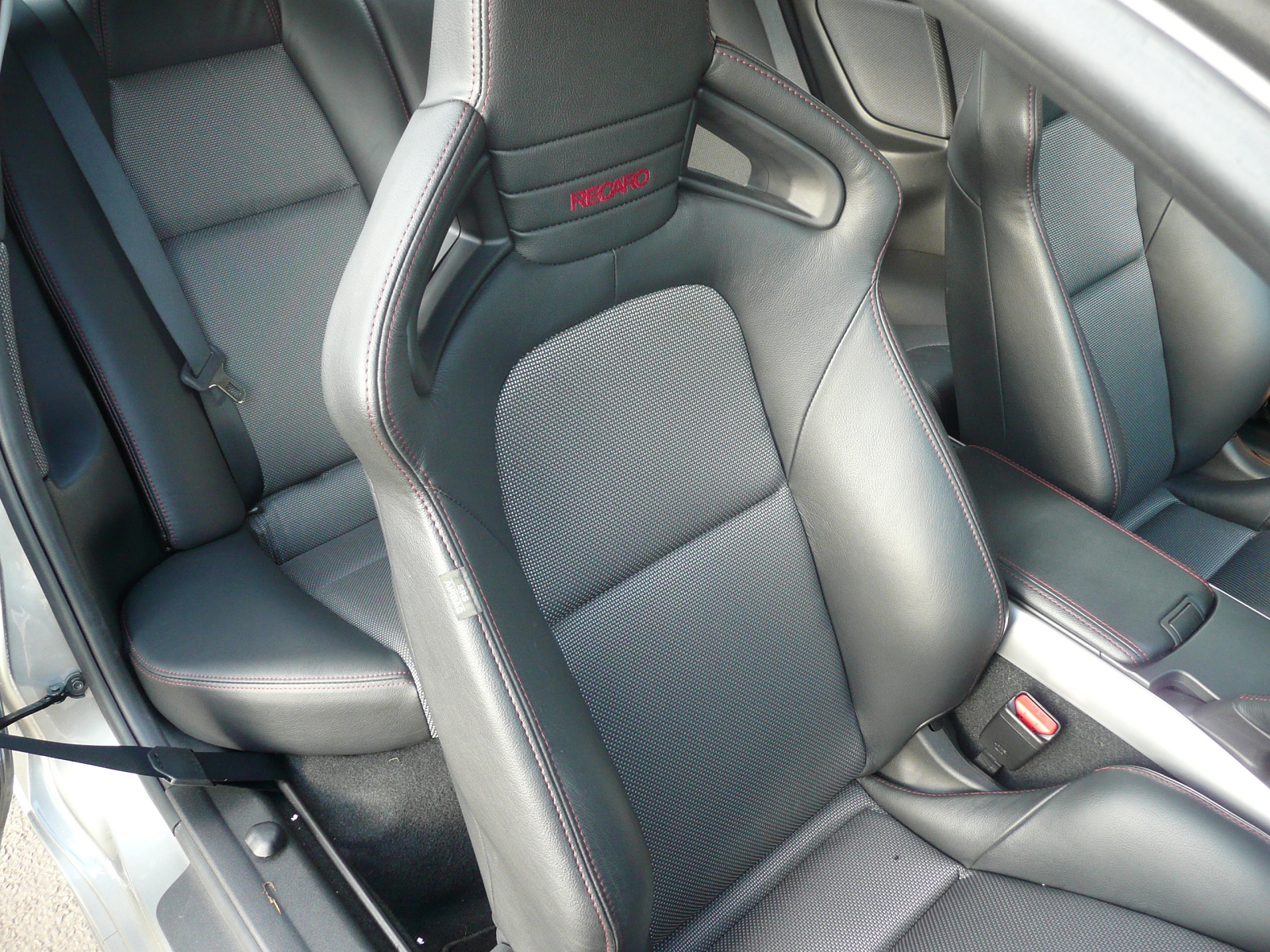 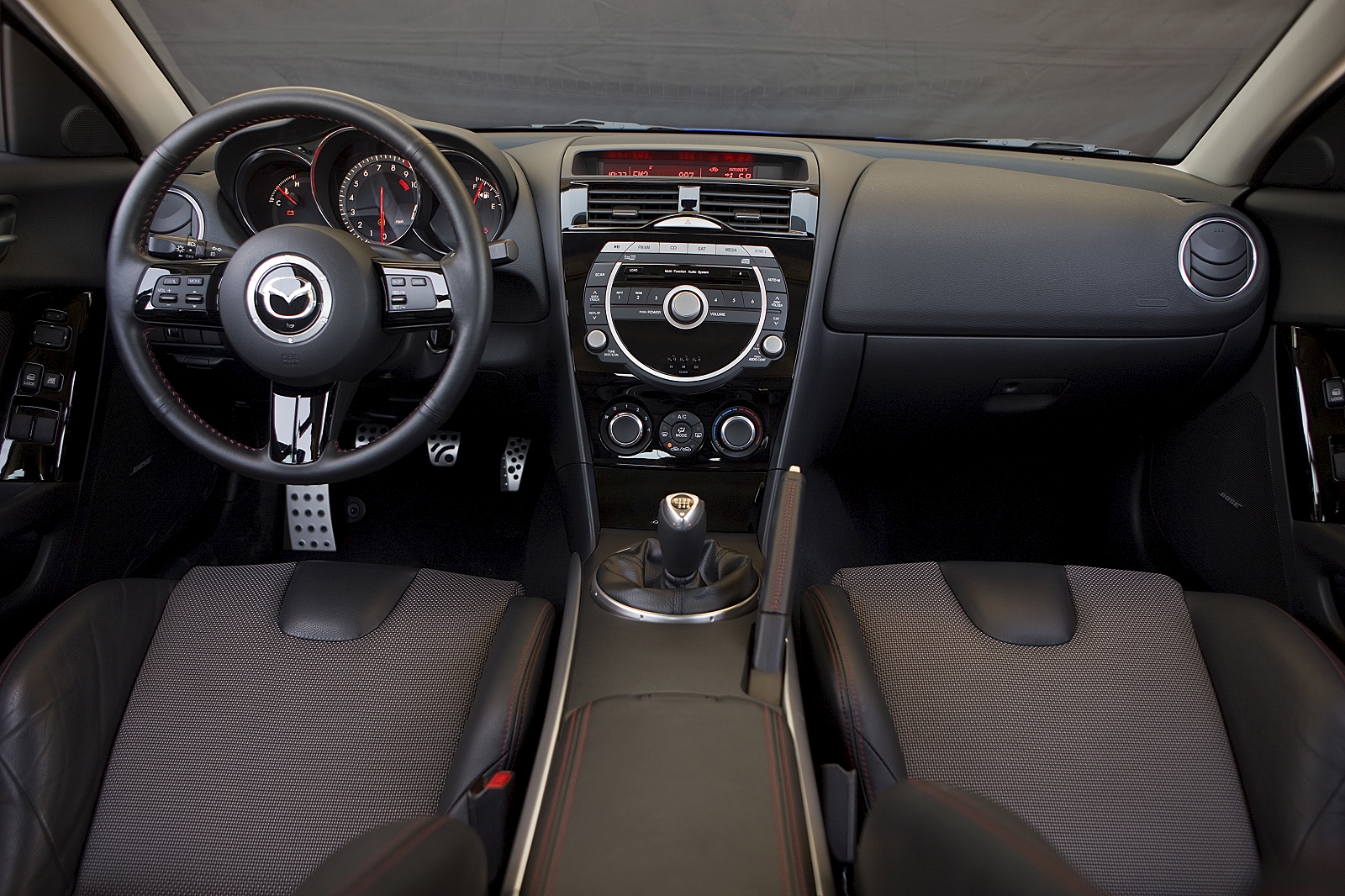 Recaro seats are unique to the R3: they grip well, but don’t go up and down, are too tight for many and make reaching the seat belt tricky 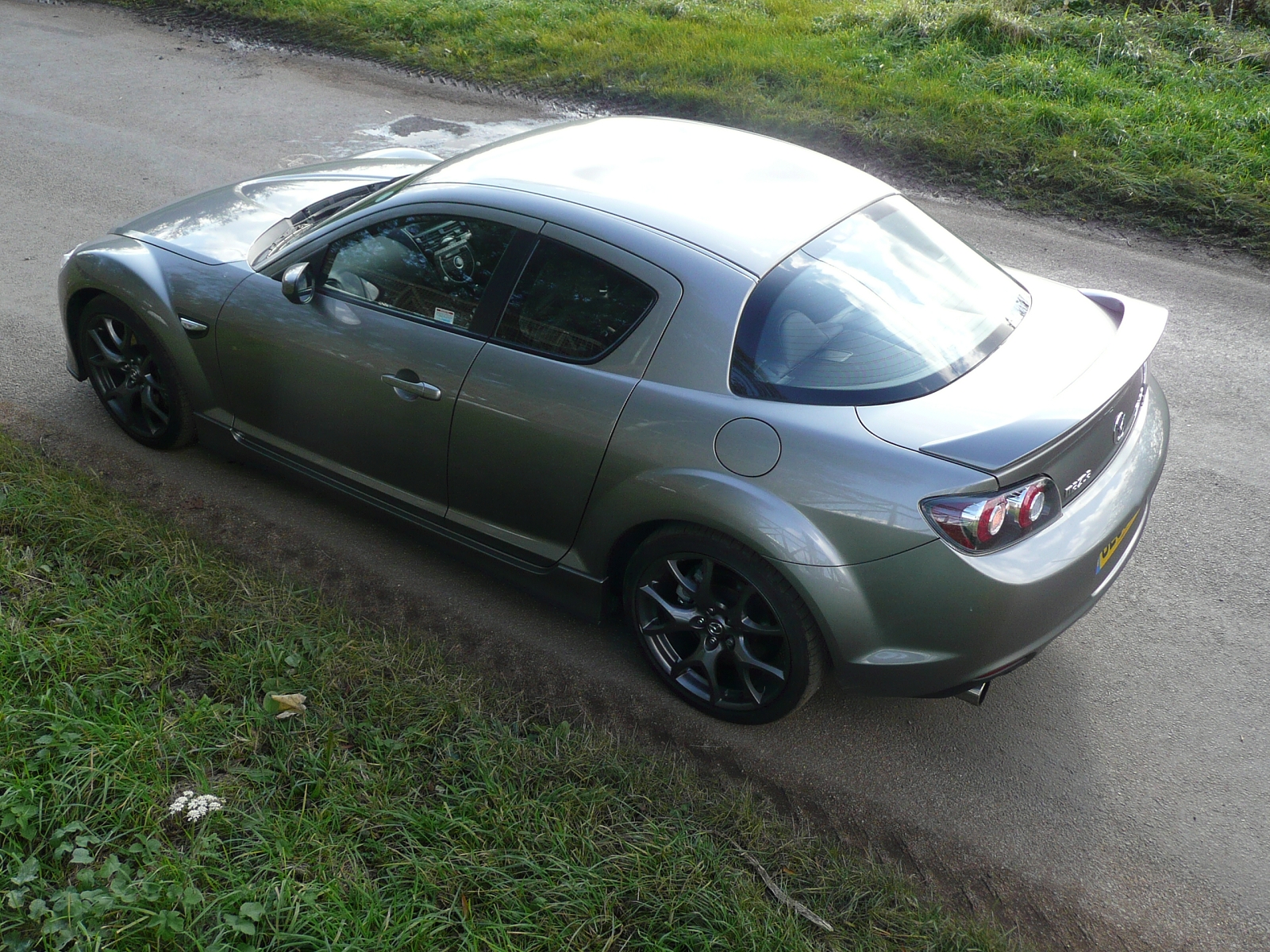 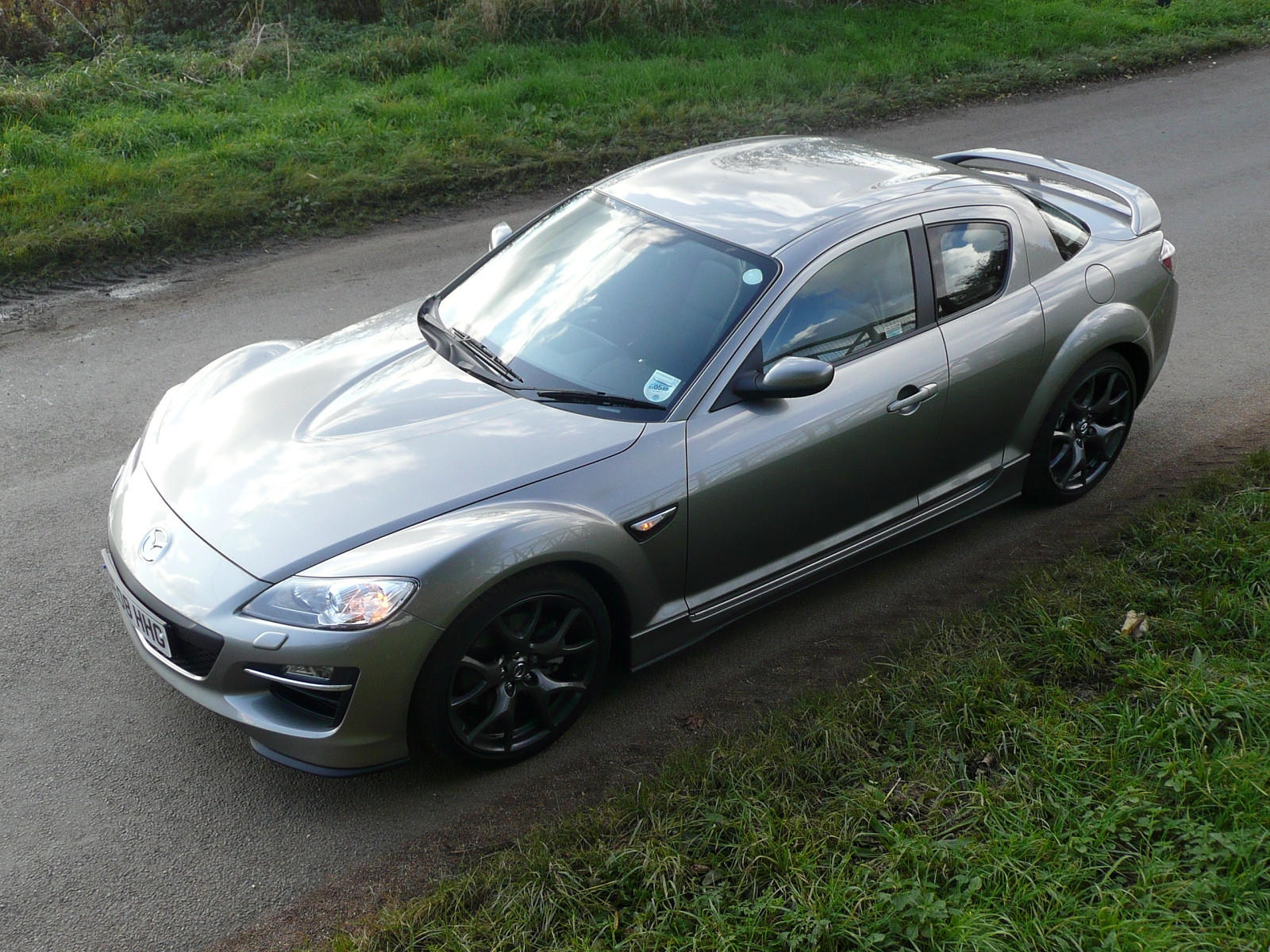 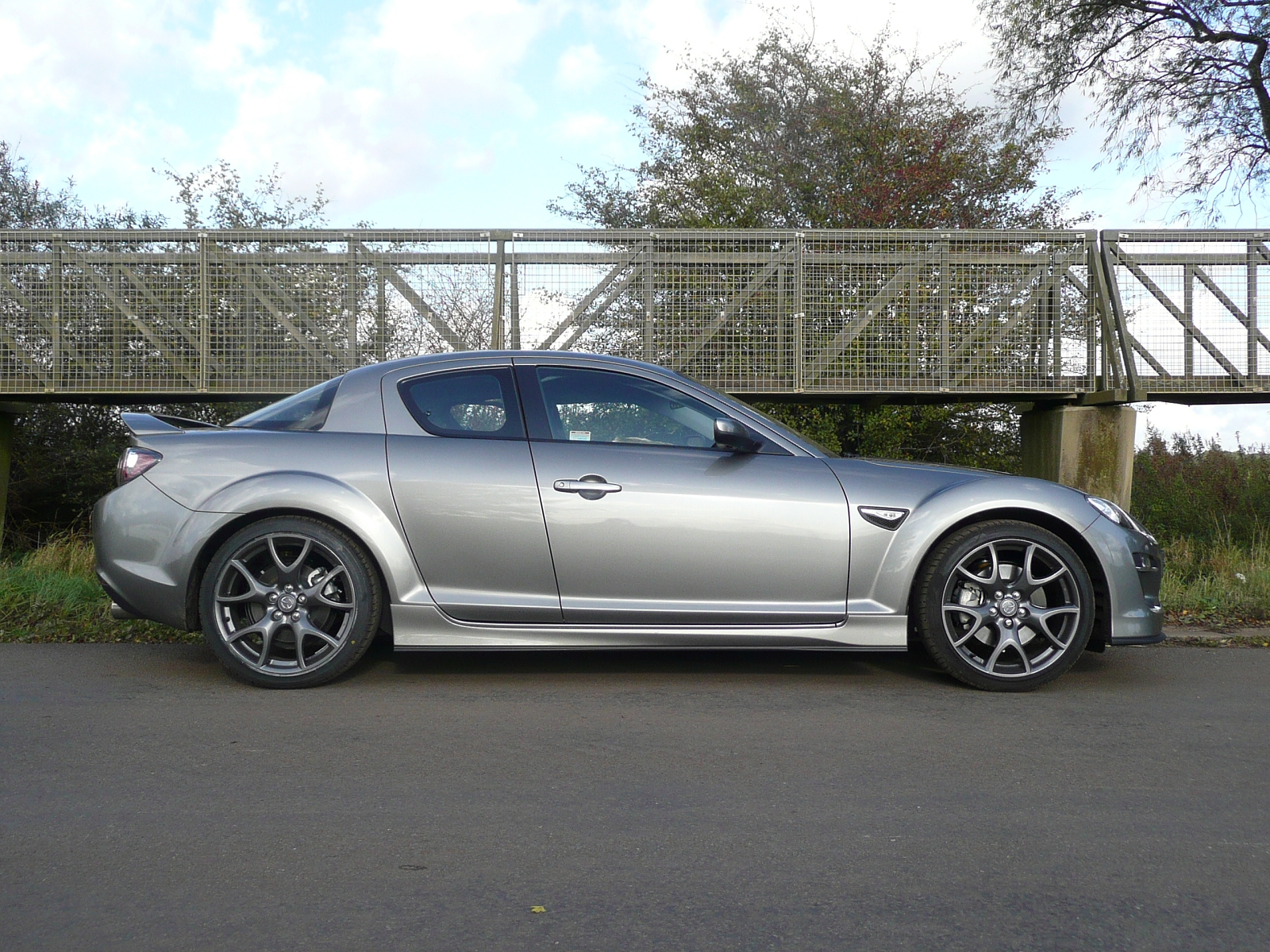 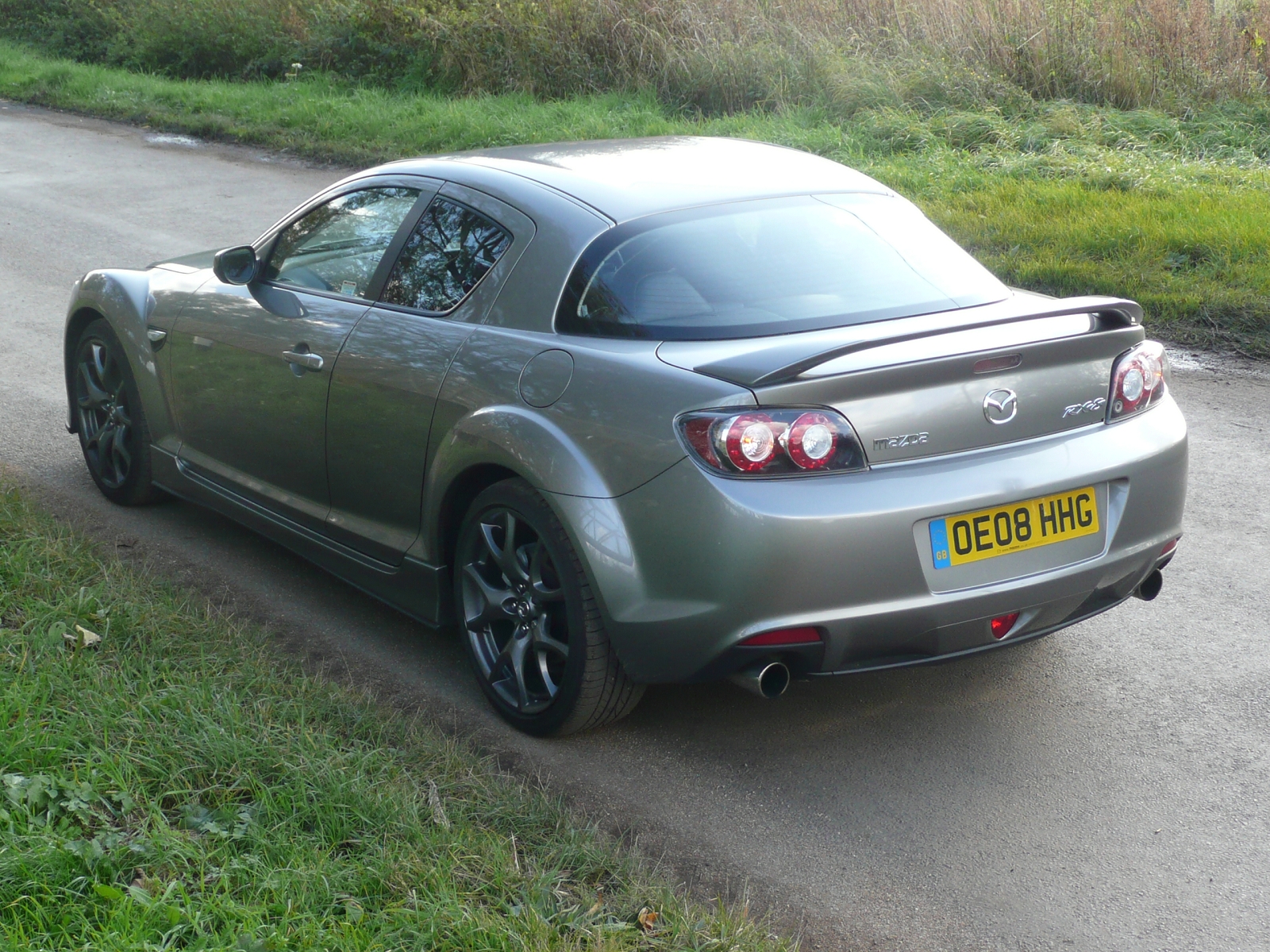 The Mazda RX-8 is a totally unique design that we've wanted to experience first-hand for a while now. Launched at the 2001 Tokyo Motor Show, it was preceded by two concept preview designs in 1999 and 2001, and has only this year received a facelift. 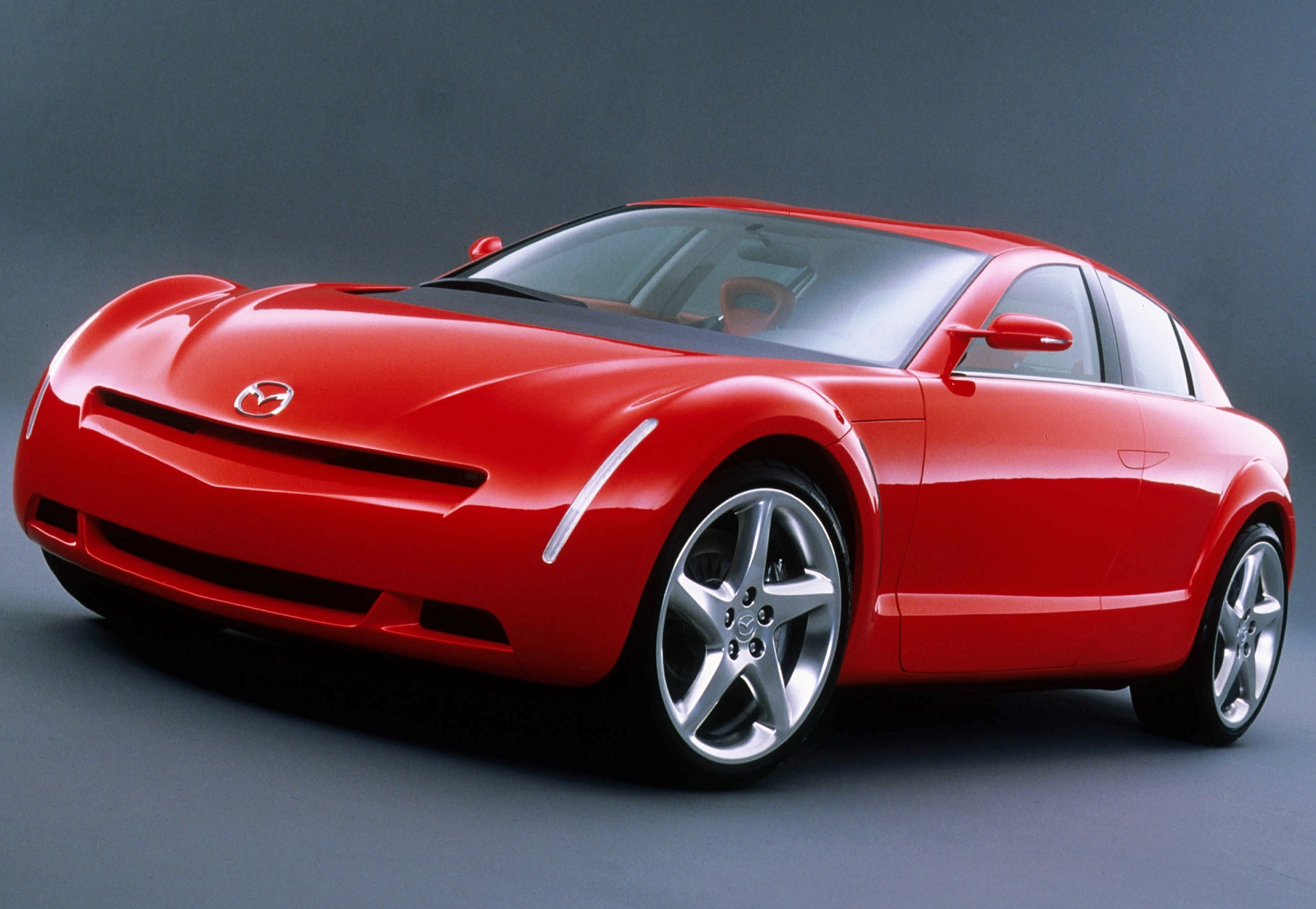 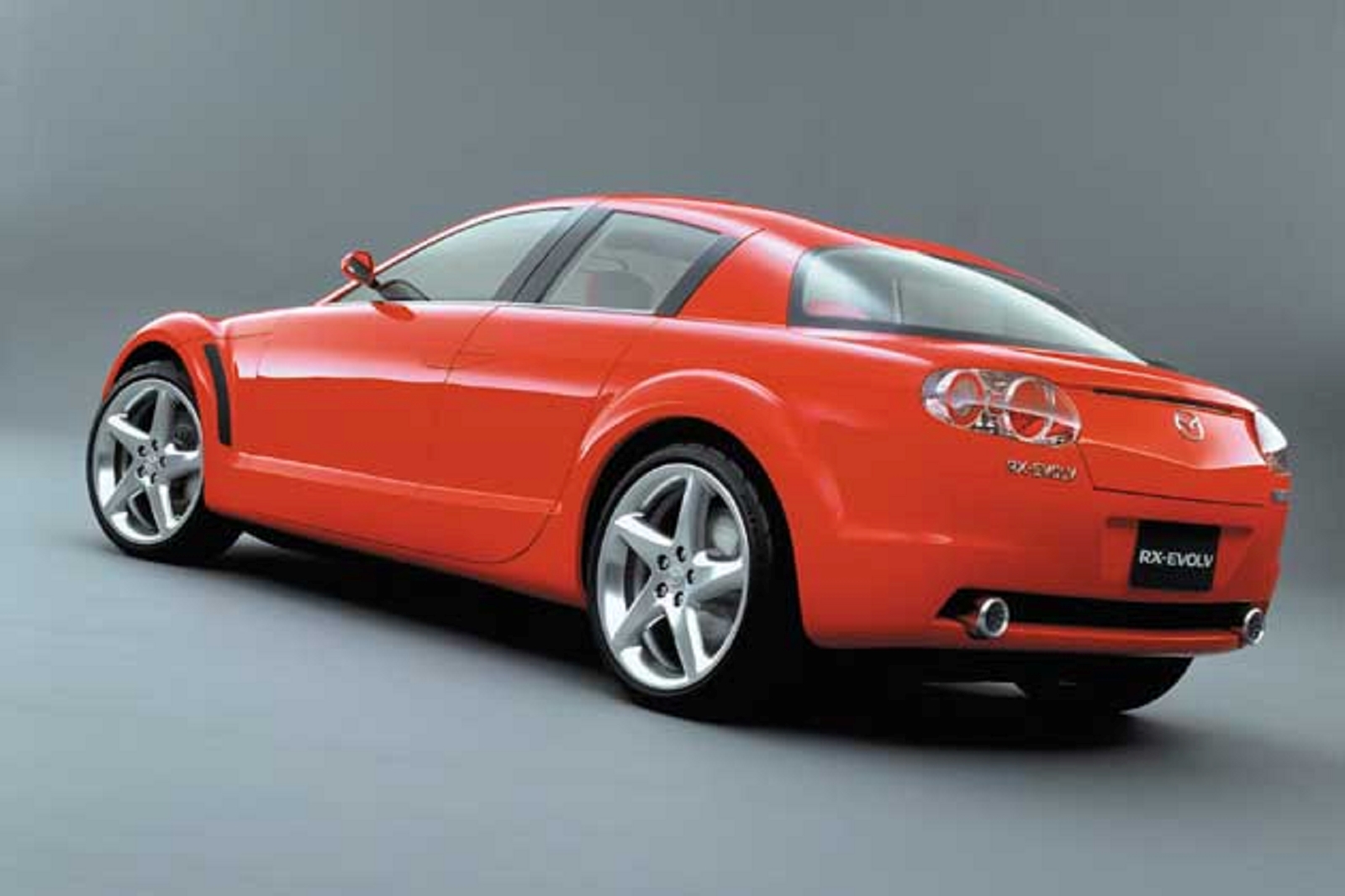 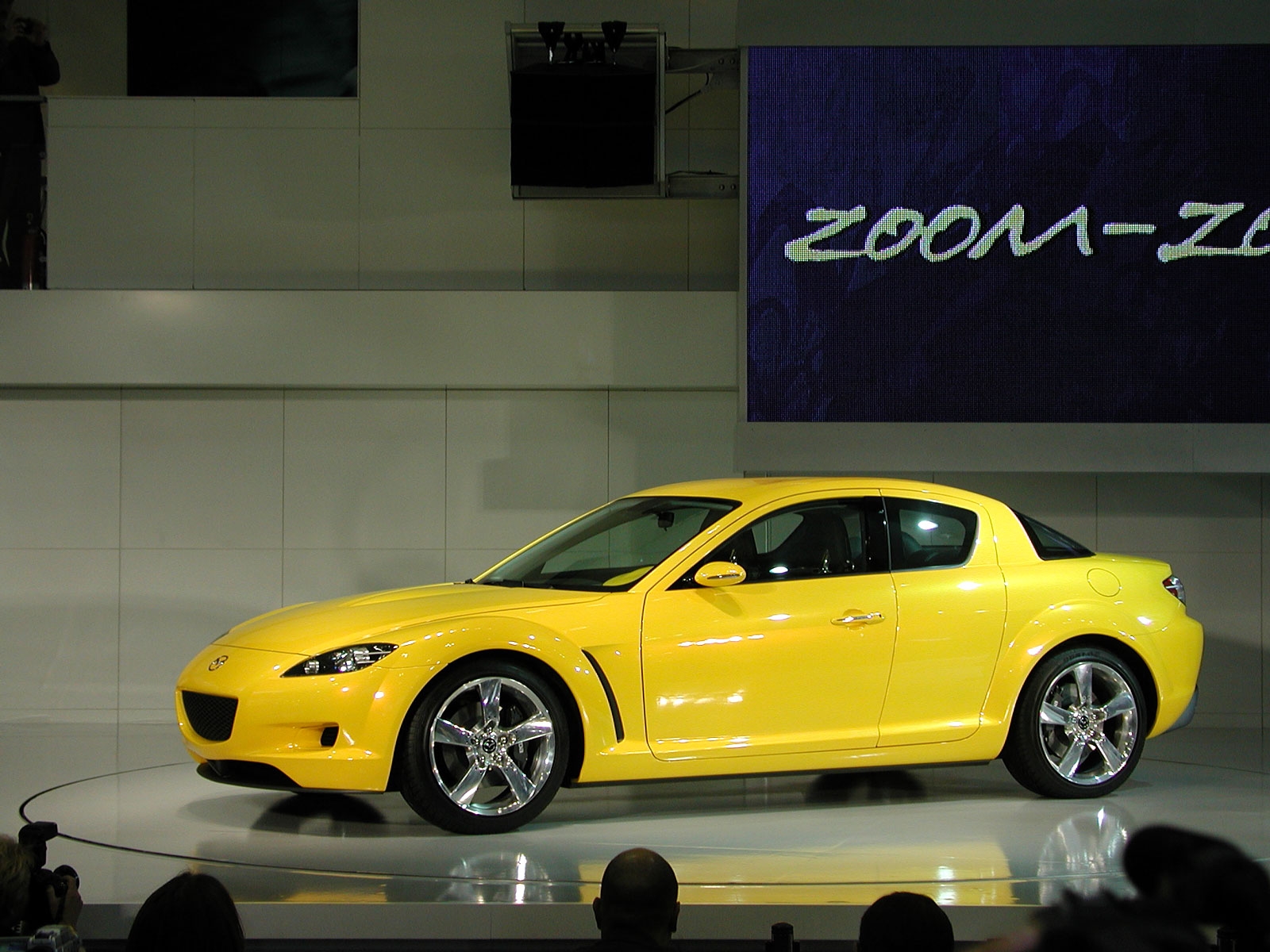 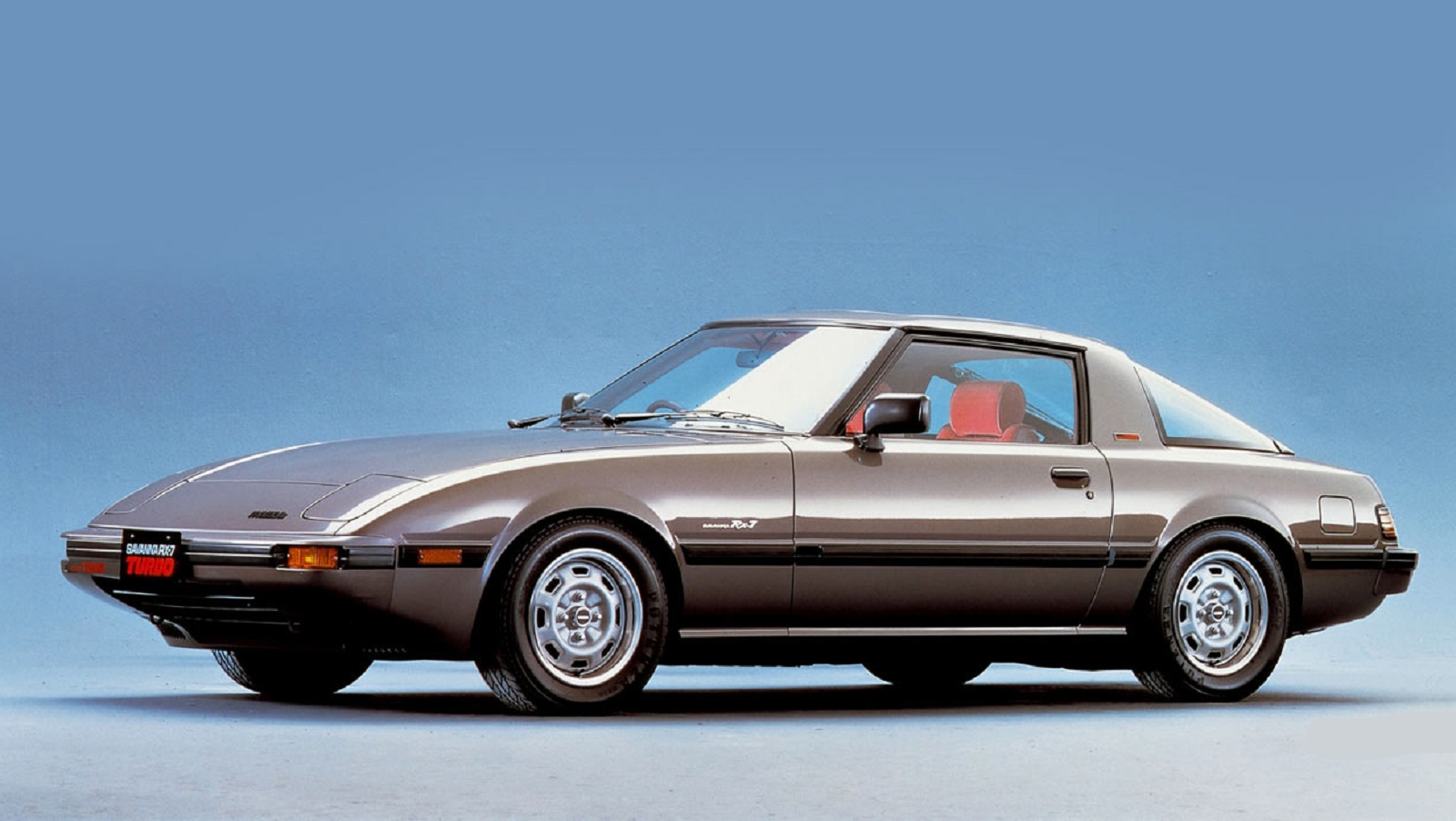 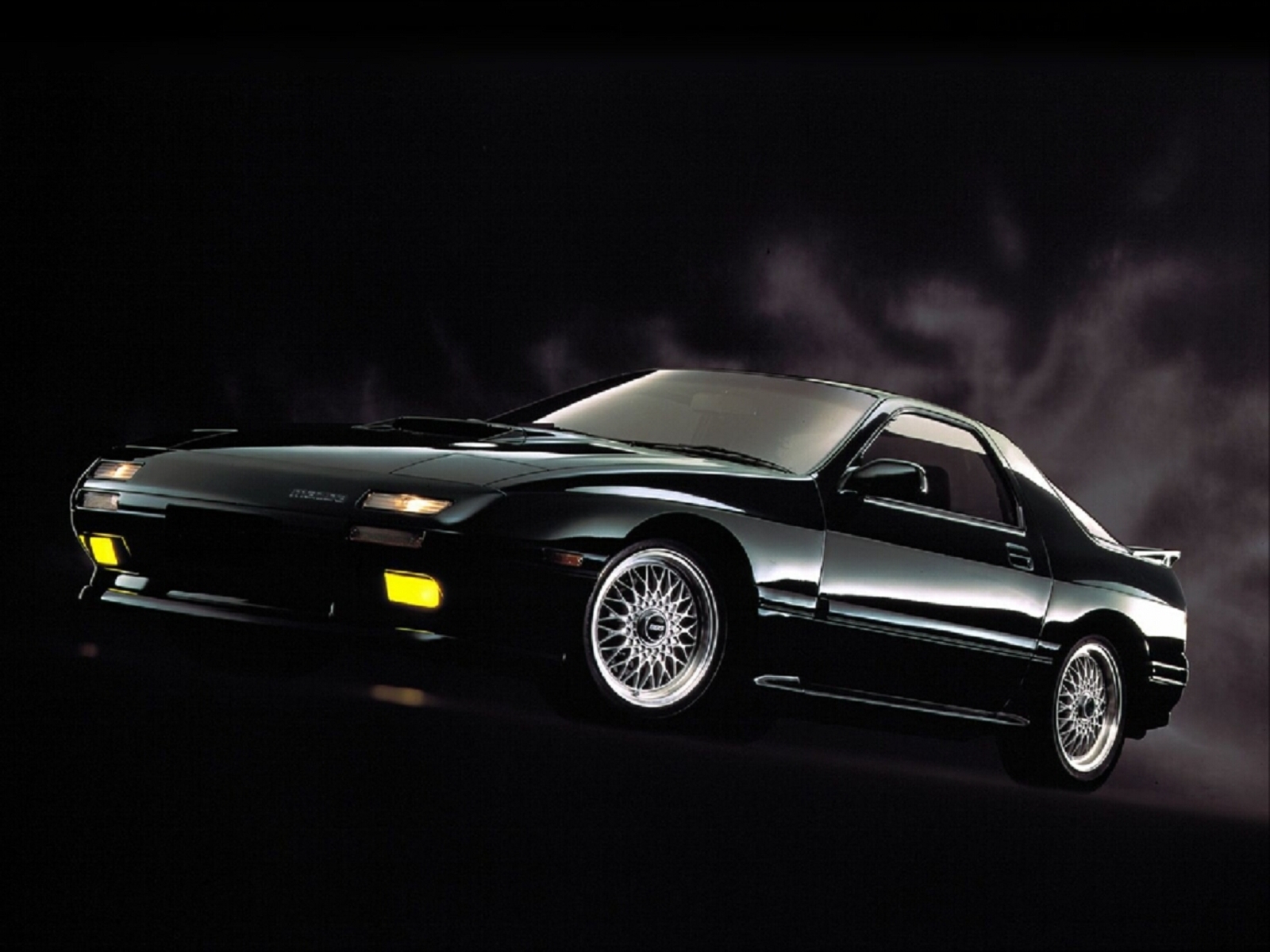 Mk2 was the least innovative rotary-engined Mazda design, but still a handsome car 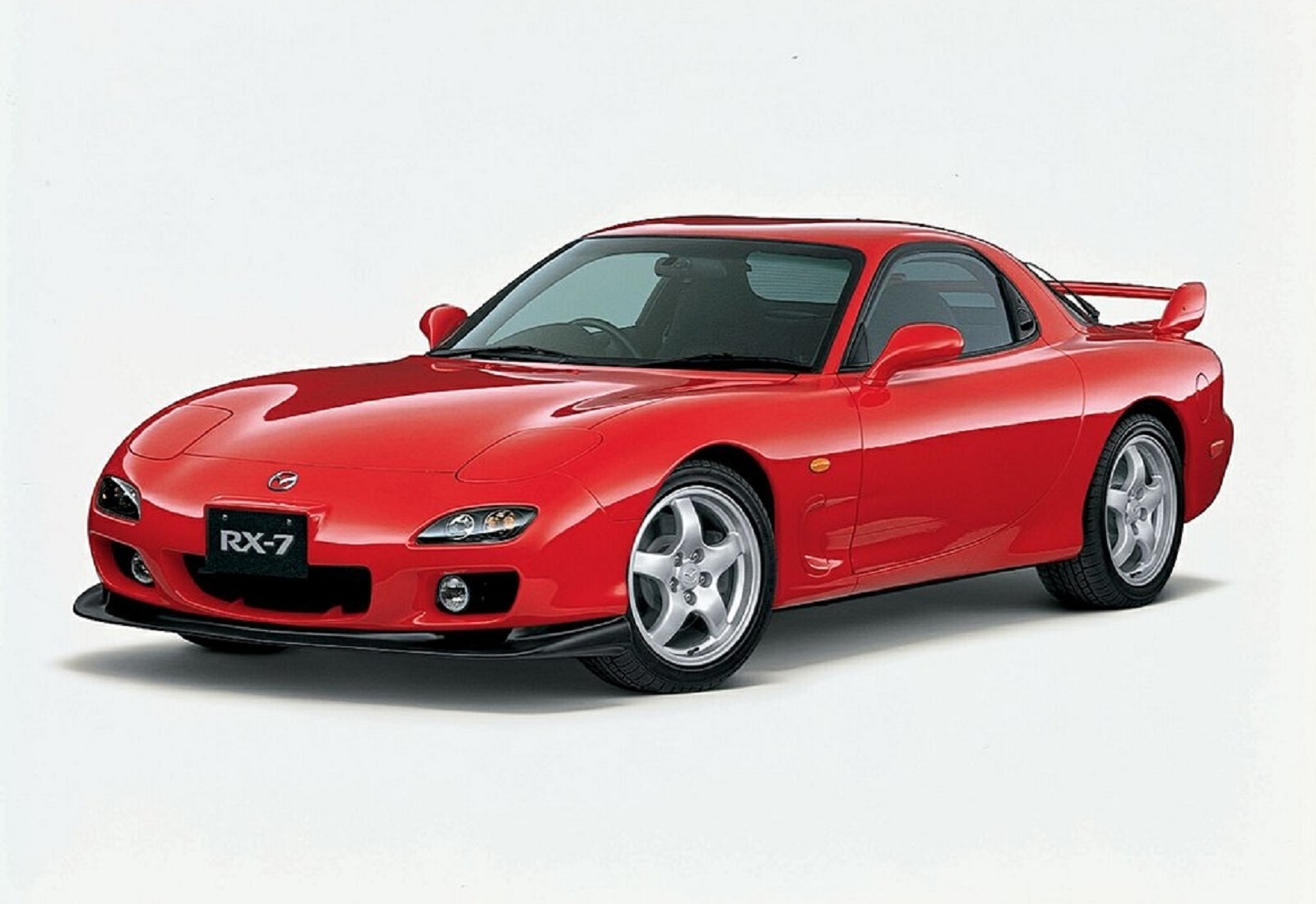 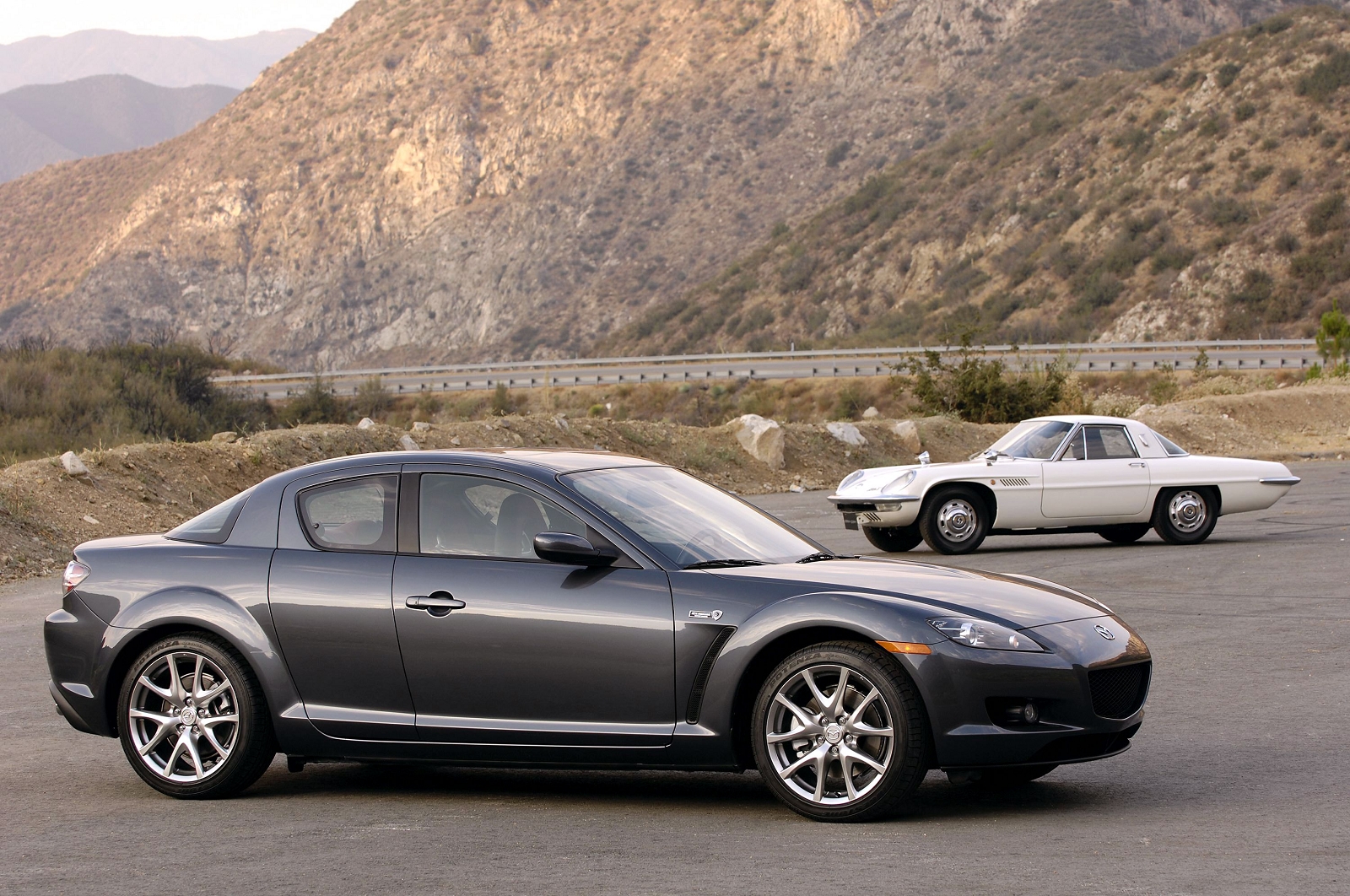 Most recent pre-facelift RX-8 and the 1967 Cosmo, the first rotary-engined Mazda

The two most obvious elements of its unusual make-up are its rotary engine and rear-hinged rear doors with integral B-pillars. What became clear during our week with the RX-8 was how these two aspects of its design form the basis of many other unique qualities...

Sports coupe and GT coupe
The rotary engine of the RX-8 has a very distinct power delivery that is a defining part of the car's character, but it is also a very small lump of metal compared to a similarly powerful conventional reciprocating piston engine, enabling more of the car's overall length to be devoted to cabin space. As a result it is notably roomier in the back than an Audi A5 (and far easier to get in and out of), while its 1340mm height and rear-wheel-drive proportions give it a sportier stance than Audi's TT.

Dedicated powertrain and low cowl
Sit in the RX-8 and at first you might think that your seat is set too high (frustratingly, our car's Recaro chairs lacked height adjustment). But this impression is mostly due to the cowl position. Other sports coupes operating in this sector of the market have inherited their powertrains from mainstream sedans, which - when combined with the lower hip-point of a coupe - makes for a relatively high cowl and thus a high front sight line. The RX-8's compact rotary engine and bespoke platform give it a lower cowl point than any other front-engined performance coupe, making for a 'widescreen' view similar to that of a 911 or Elise.

Long lineage but no established 'design DNA'
The 1967 Cosmo was Mazda's first rotary-engined sports coupe, but the RX-8 lineage really began with the 1978 RX-7 2+2 sports coupe and its successors launched in 1986 and 1992. In typical Japanese fashion, they have all been clean-sheet designs that haven't built a distinct design 'RX' design DNA; perhaps the current car might provide a suitable starting point.

Part of the family
Most facelifts dilute the purity of the original design and the facelifted RX-8 is no exception. The greatest difference is at the front, where new lamps, a wider smiling grille aperture, a jutting chin and a far larger overall air intake area (despite no change to the engine) relate more closely to the mainstream Mazda designs. While some of the 2001 model's design purity has been lost, the upside of these alterations is that the car looks fresher and more aggressive. Only the replacement of the tall fender air vent behind the front wheel with a conventional small side indicator can be considered a clear-cut case of compromise.

Purist architecture and unsung hero
The architecture of the RX-8 is facilitated by its compact rotary engine and defined by its innovative doors. But, more significantly, it is the result of a unique and uniquely rational design development program aimed at making a thoroughbred sports car with real-world practicality. Given the plaudits that such an approach would earn for a more established sporting brand, in our view this makes the RX-8 one of the unsung heroes of modern car design.