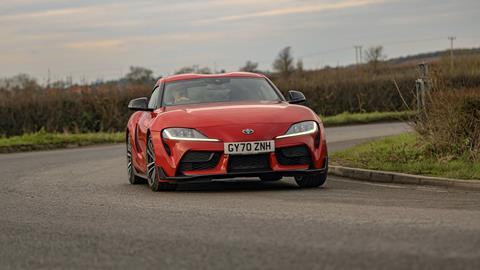 A good sports car feels like a rarity today. Companies are seemingly more interested in pushing out their latest electric SUVs or pick-ups, with the focus tending to land on relaxed living spaces inside the car rather than driver-centric cockpits. And while many of its models tick these trendy boxes, Toyota’s latest Supra could turn the clock back for some of us.

Approaching the Supra, you can’t help but walk around the car on a 360-degree tour, drinking it in from every angle. And there is a considerable amount to take in, as each part of this sporty roadster brings something different to the design table.

The front, for example, is characterised by the elongated hood that stretches out to the nose. It’s rounded, drooping down beyond the headlights to meet the centralised numberplate and air intakes. This results in a small surface area for the face, design to push air up and over the windscreen. And while the hood is long, the overhang is kept fairly short – instead, the A-pillars are pushed way back, starting far beyond the front wheels. The pillars are slight, creating a compact greenhouse with a falling roofline which stretches beyond the back wheels before ending in a small ducktail spoiler. 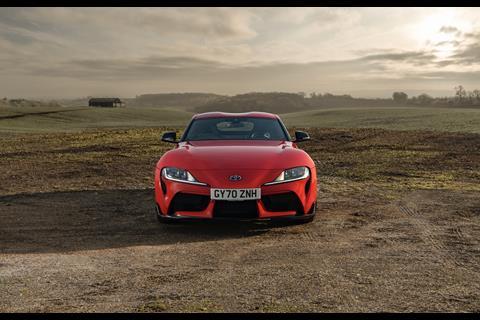 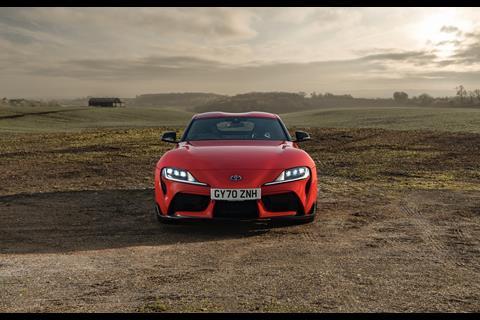 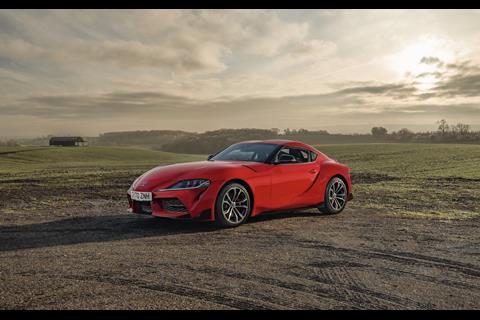 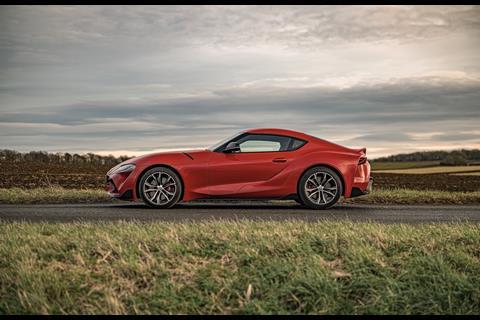 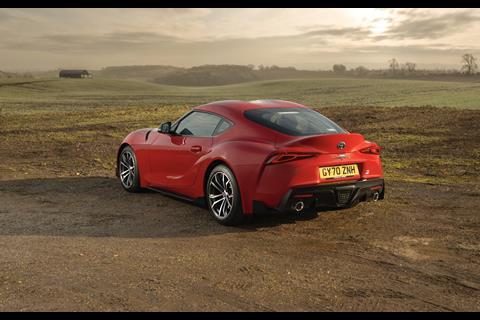 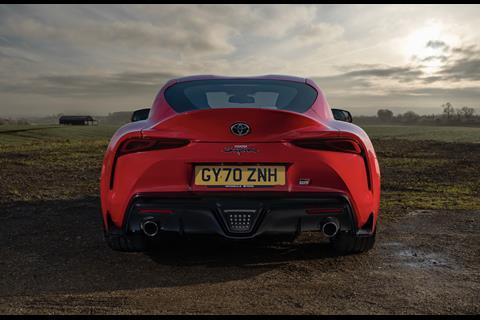 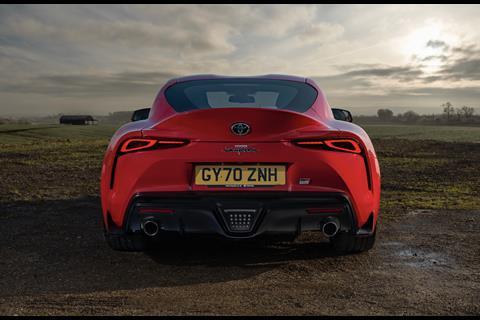 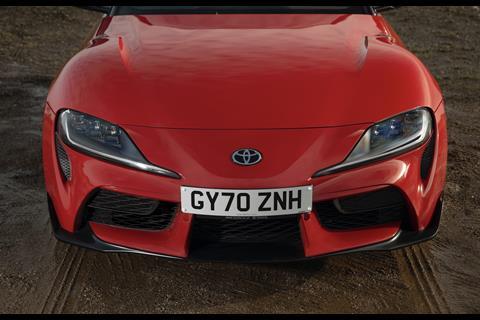 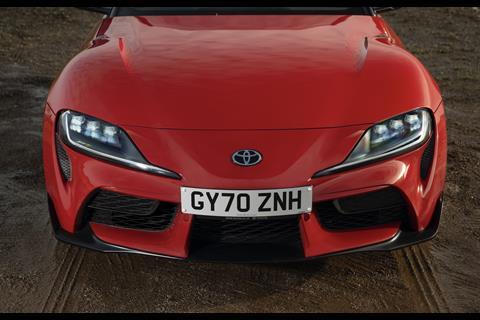 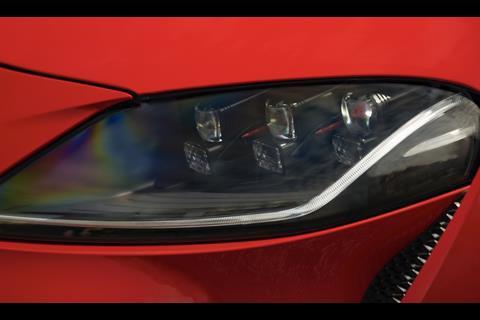 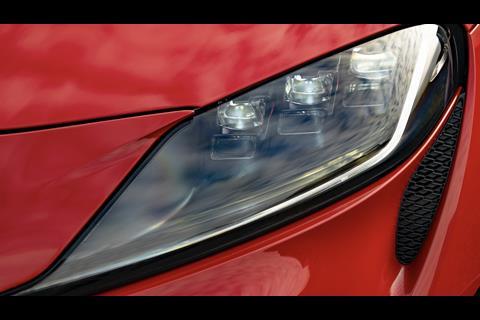 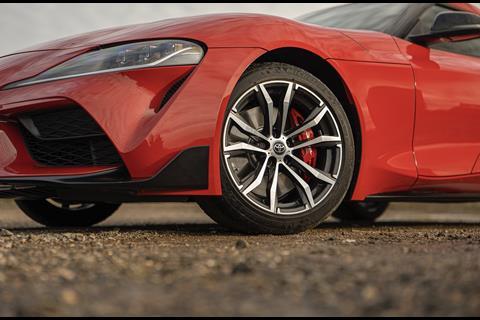 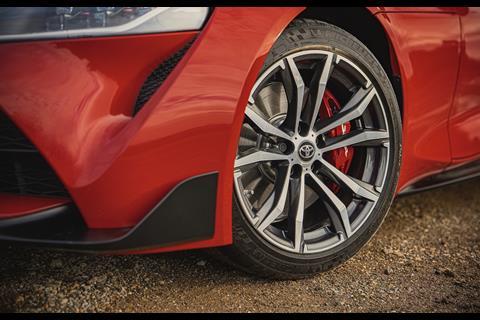 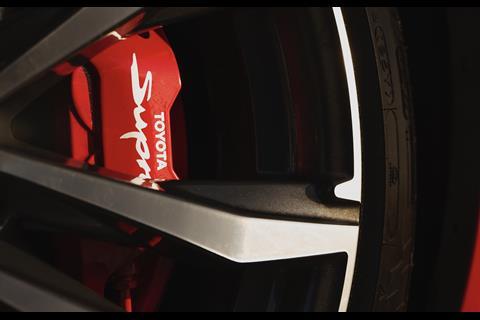 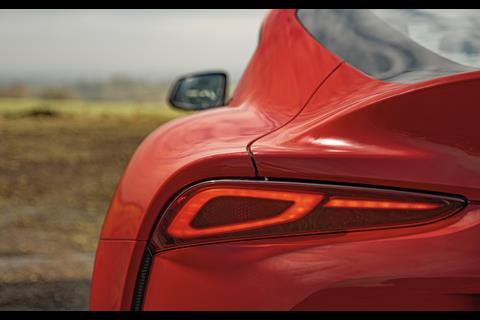 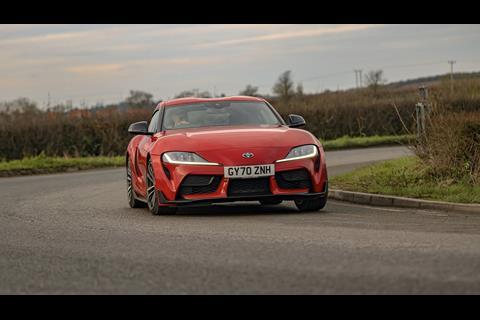 In contrast to the forgiving front end, the back stands bold and upright, with a wide stance that is emphasised by narrow vertical air outlets positioned behind the rear wheels. These outlets stem from the rear lamps to create boomerang shapes, acting as a border that tucks in the lower body and bumper elements. The shape is seconded by a sharp line in the bodywork that rises up from the bumper and creates a hood over the numberplate.

A side view of the car shows the length of the hood in its full glory. The formation of the rear also becomes clear. At a glance, the chunky body work that surrounds the rear wheel arches looks to be part of a body kit, thrown on by an enthusiastic petrolhead. But on closer inspection, the link between the rear third and rest of the car is carefully crafted, starting with the matt black mask on the bottom of the front end. This finishes on the same horizontal line as the start of the low-running character lines on the sides of the car, which arch from the front fenders to the air intakes and chunky (to say the least) rear haunches.

The interior design team appears to have taken a mixture of approaches, prioritising a no-nonsense, functional cockpit while also aiming to reflect the compact, racecar-esque nature of the Supra. A horizontal IP layout includes a neat and narrow middle section with a chrome running centrally and linking to the air vent handles. Above this is a broad and flat sill from which sprouts the 8.8-inch central touchscreen.

The graphics on the small screen are sharp, and the menus are easy to navigate. Apparently, the system, much like many of the other components on the inside, has been lifted from BMW. This would explain the clinical and precise feel of the interior. There’s a digital driver display too, and a head-up display on the upper trims. However, this was a little tricky to see, with some of the information like speed seemingly situated too low without some neck craning. 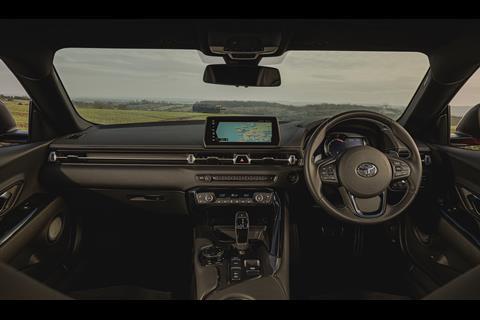 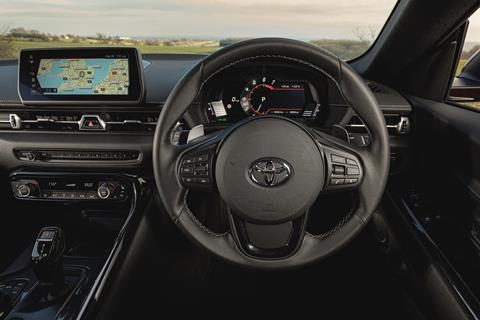 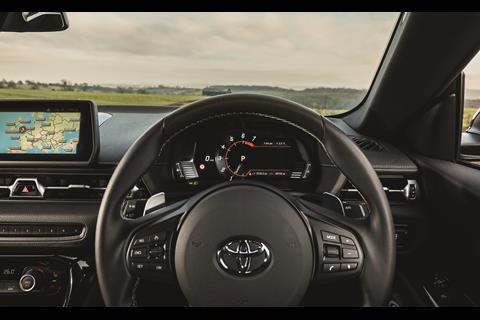 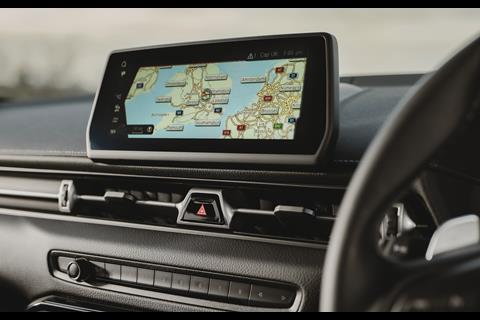 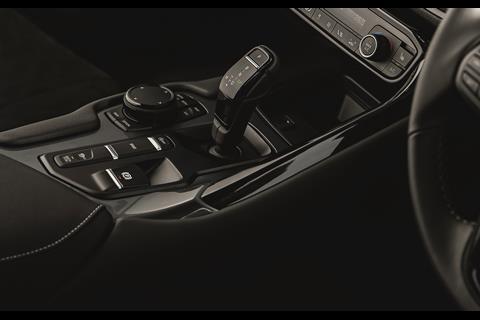 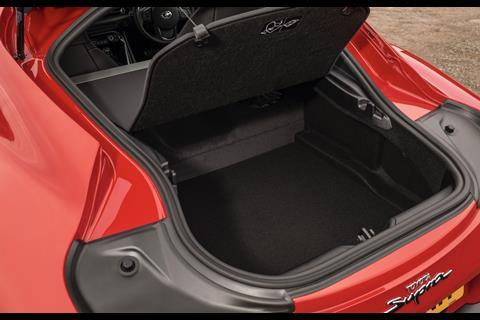 One of the more subtle and thoughtful touches included on the inside of the Supra are the knee pads. These have been designed to prevent the legs of the occupants bashing into the doors and centre console when taking tight corners. My leisurely tootle on some windy roads near Cardiff didn’t quite bring the knee pads into play, but the idea is certainly intriguing, and I found myself wanting to push the car harder to see if the pads really work.

Another element adding to the racecar feel is the bucket seats, which swallow the occupants with body-holding side bolsters. For a little extra plushness, buyers can opt for the seats to be cladded in Alcantara.

The GR Supra is powered by a 3.0-litre six-cylinder turbocharged engine producing 335bhp and 500Nm of torque. It is paired to an eight-speed automatic gearbox, though there are paddle shifters on the steering wheel too. This pairing is capable, with enough of a kick to get the pulse up but not too much as to cause any real hair-raising moments.

That’s also partly down to all the clever engineering underpinning the feisty little sports car. Toyota’s Gazoo Racing team spent many hours testing the handling of the Supra on various tracks, including the Nürburgring in Germany, resulting in fine tweaks to the structural and body rigidity as well as the suspension systems. 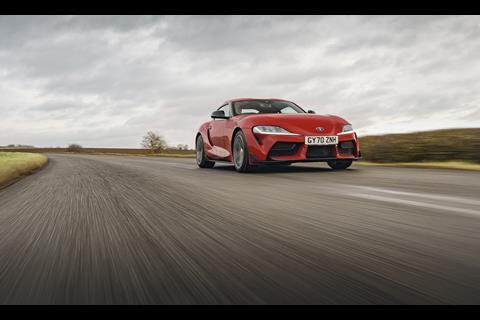 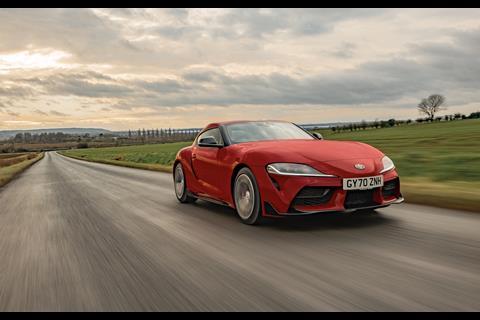 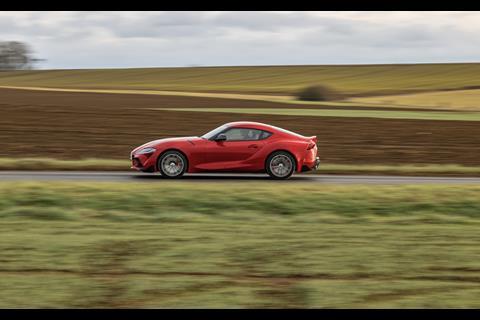 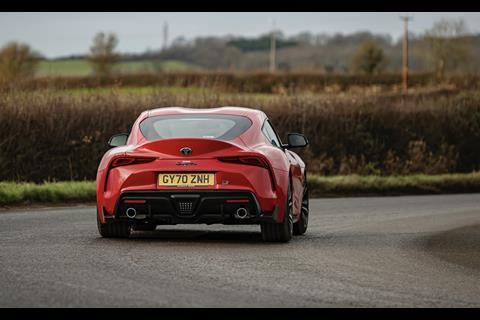 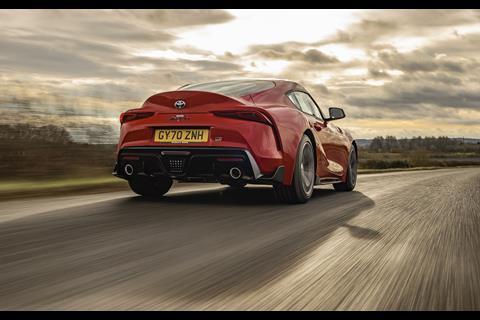 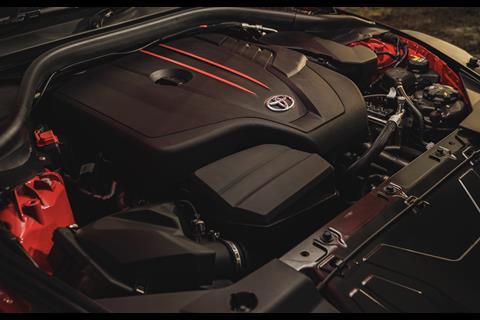 A quick switch from ‘normal’ to ‘sport’ mode by using the button on the centre console brings these tweaks into focus. The response from the steering wheel becomes noticeably sharper, and the suspension slightly firmer. The gearbox also becomes more lively, keeping hold of the lower gears for longer before shifting up. It provides a thrill for the driver, but feels a little wasted on congested Welsh roads that are typically sodden with rain.

Back in ‘normal’ mode, the Supra becomes rather measured and refined, with little in the way of tyre and wind noise even at higher speeds on the motorway. Bumps in the road are still noticeable, which is unsurprising after having climbed into the car and noting the low seating position, but the ride is by no means bone-rattling. It is, however, enjoyable – the link to the road and simplistic, driver-centric interior makes for a very satisfying drive.

The GR Supra isn’t the only sports car to have recently risen from the Toyota studios. The new GR86 has been unveiled, and features some of the same components as the GR Supra, like the LED headlights. Toyota says the GR86 is an entry point to the GR brand, and has been specifically designed as a an “analogue car for the digital age.”