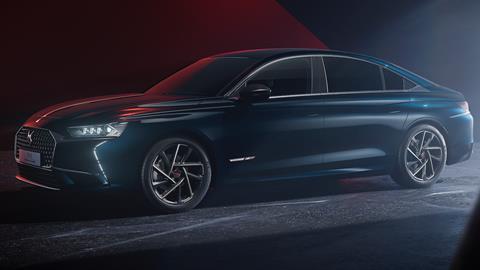 We’ve been led to believe it was coming for years. Since the exit of the wonderful but underappreciated Citroën C6, the French manufacturer has toyed with a spiritual successor, giving us concepts such as the 2010 Metropolis, the 2012 Numéro 9 and the 2016 CXperience. Meanwhile, their DS3, 4 and 5 were spun off into a new premium brand, after which the DS Divine concept hatchback set out the design template for the new generation of DS models, resulting in new crossovers to help build an audience – especially in China.

Now, 65 years after the original took the world by storm at the 1955 Paris Motor Show, there is a new DS-badged flagship limousine: the 2020 DS 9.

However, maybe don’t go overboard with comparisons to the Goddess of yore here… 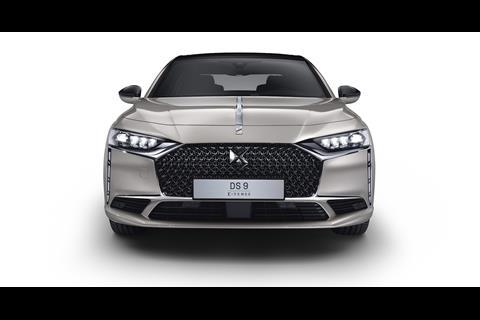 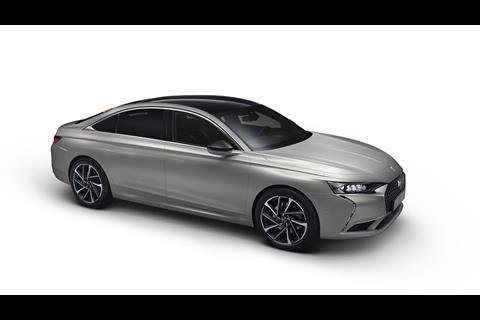 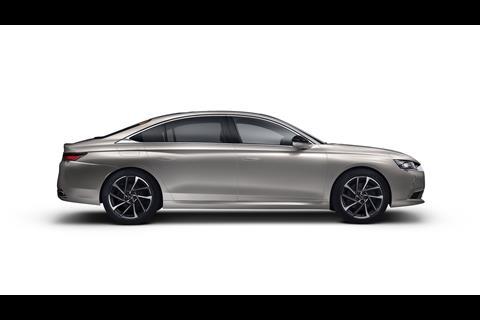 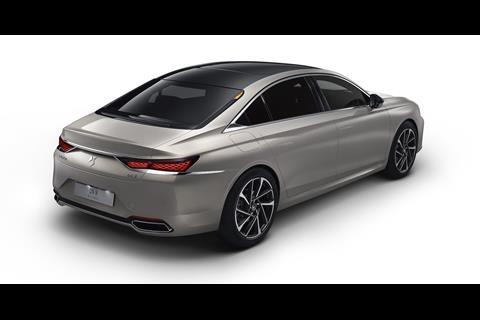 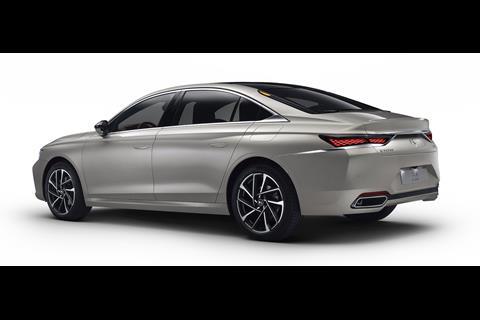 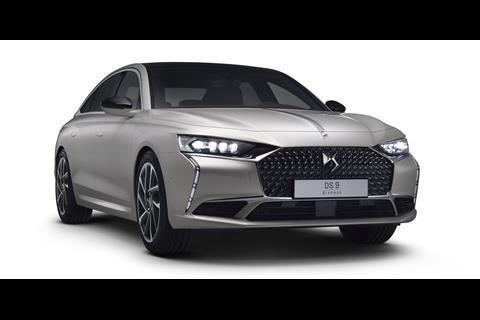 The DS 9 is based on the EMP-2 architecture which underpins all of PSA Group’s midsize models, but with a longer wheelbase (2.90m) than they’ve ever been used before on a sedan. Despite the extra wheelbase, the proportions and profile are not dissimilar to those of its Peugeot 508 cousin (for reference, the DS 9, at 4.93m, is 180mm longer overall than the 508 and, for what it’s worth, 110mm longer than the original DS). The only clear visual reference to the Citroën DS is a pair of arrow-like high-mounted rear indicator lights. 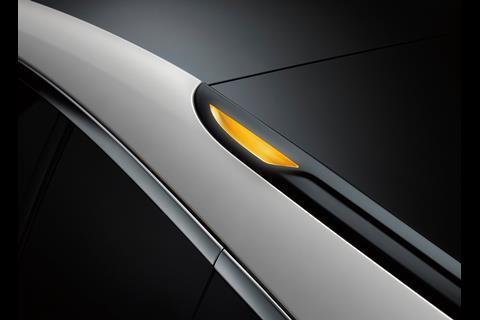 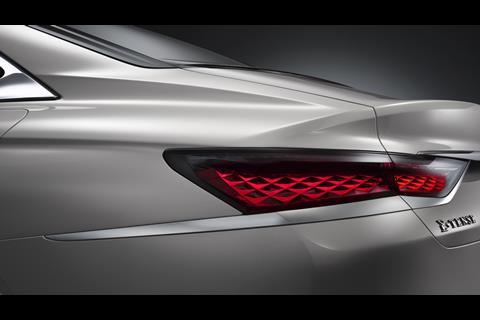 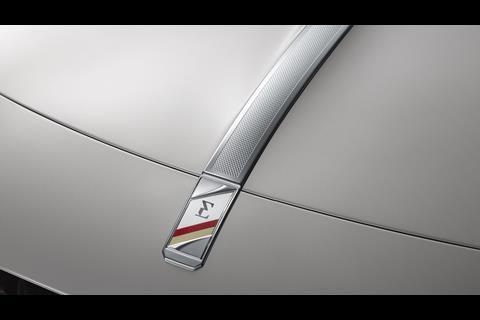 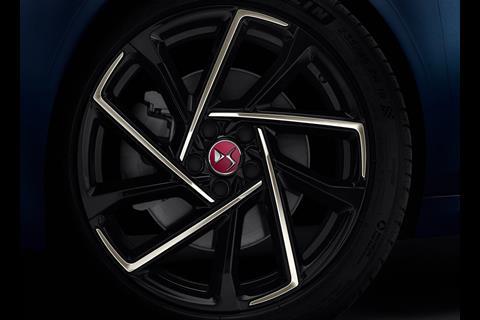 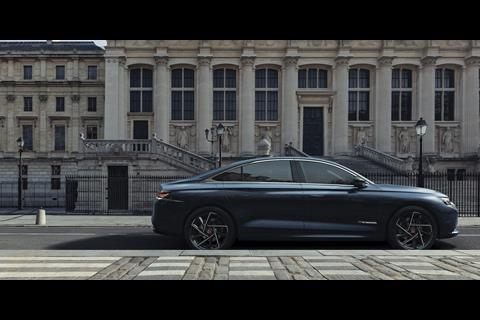 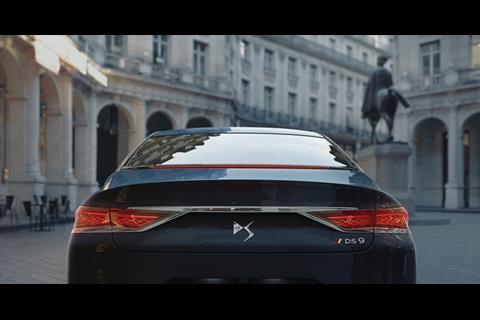 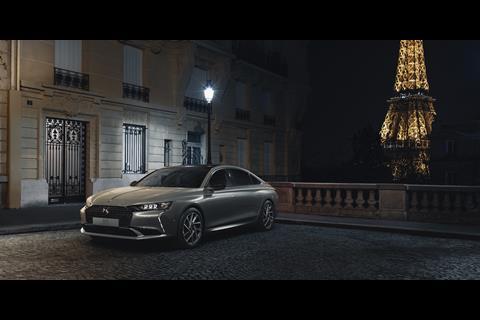 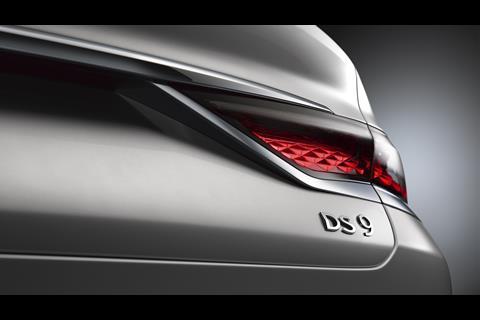 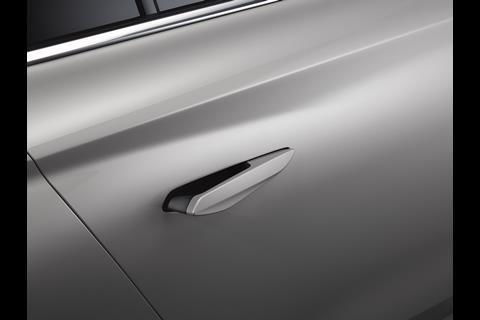 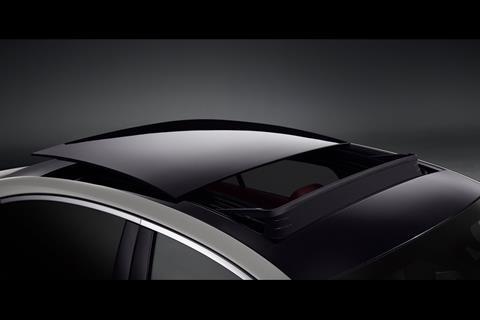 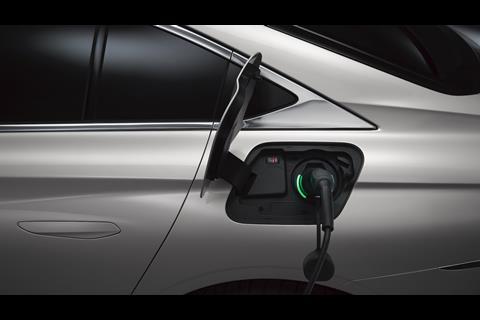 Instead, the aesthetic is much more in line with DS’s current philosophy. Width at the front is suggested by skinny vertical lighting elements hanging off the main clusters, either side of a wavy, intricate “parametric” grille pattern. The large trapezoidal grille’s frame branches out to hold the jewel-like LED headlights as well as highlight the lower grilles, while a similar treatment is found at the rear with the chrome bridge stretching beyond the taillights’ lower edge and along the bumper’s shutline. The bodyside is clean, defined by that smooth swage line and a subtle light-catching crease at the sill, plus flush door handles. The DLO reaches as far back as possible, accentuating the car’s length. The bonnet receives a thick chrome centreline, referred to as the “Clous de Paris sabre,” which DS has previously only employed on the interior. 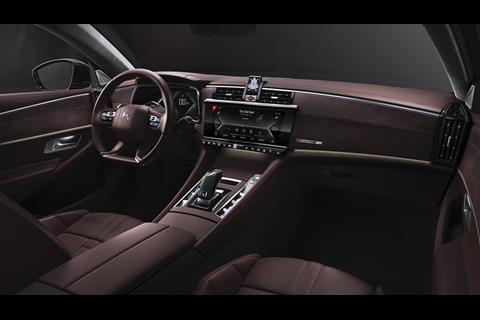 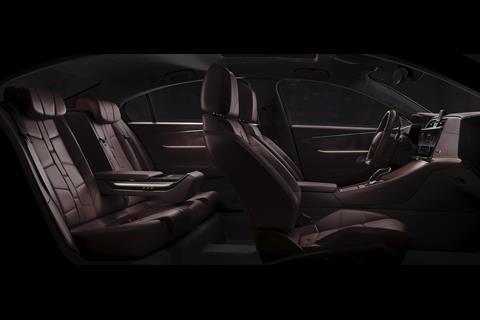 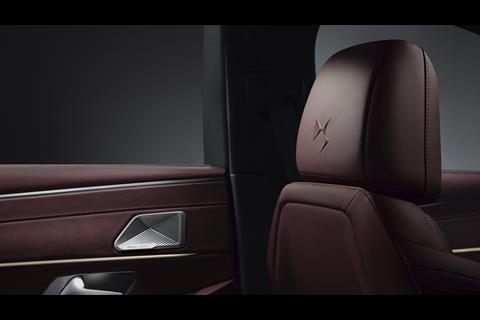 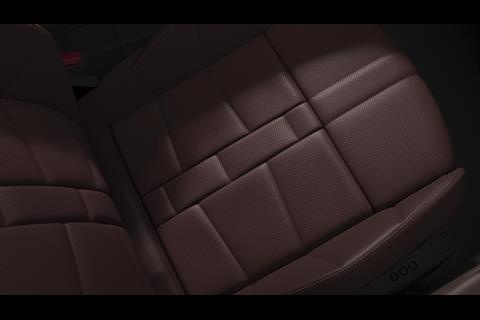 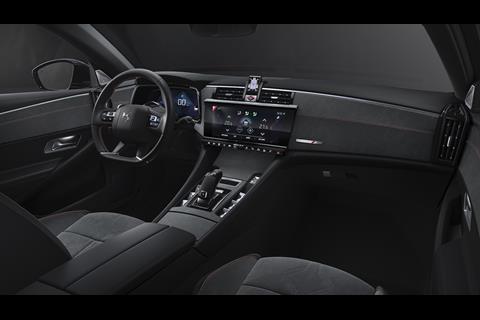 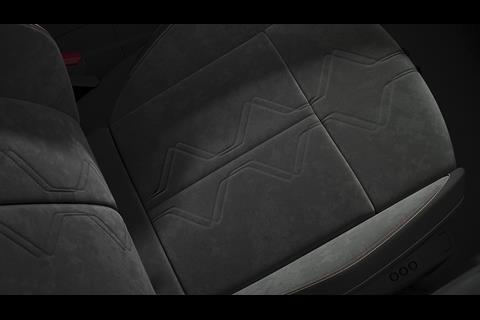 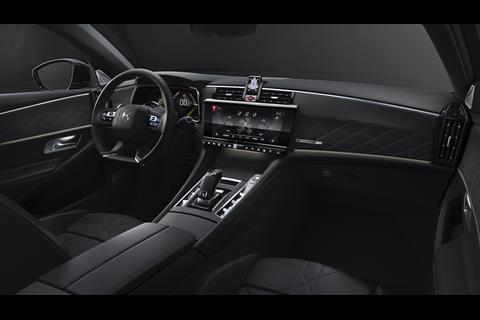 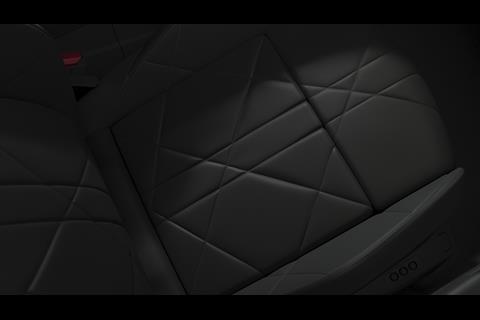 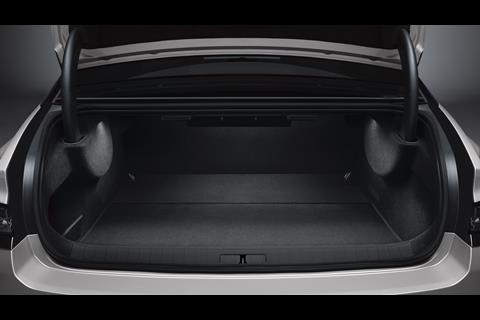 Speaking of the interior, the watch-strap leather seats (other treatments available) will have you facing a substantial-looking dashboard, with a large central touchscreen that appears to be hanging from the two elements linking it to the ornate quadrilateral B.R.M timepiece sitting proudly atop it all. The instrument panel is an entirely digital inset slab, perhaps unsurprisingly, with a rhomboid rev counter echoing the now-familiar DS Automobiles design motif. Naturally in a flagship executive car, high-end materials and personalisation options abound throughout.

There is no mention of ‘Oléopneumatique’ or ‘Hydractive’ when it comes to the suspension of the DS 9, with conventional springs and dampers instead being helped out by ‘DS Active Scan’, an arsenal of sensors and cameras that tell the car’s brain what the active suspension will need to deal with next, so it can “prepare” for imminent bumps and keep things smooth. This, combined with laminated glass and a hard-bonded body, is all intended to create class-leading peace and quiet for those on board, without compromising body control. 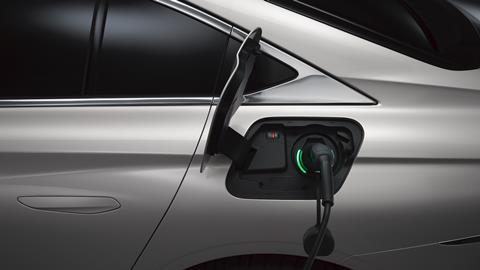 Of course, with such comprehensive understanding of the road ahead, adding ‘DS Drive Assist’ Level 2 ADAS was something of a no-brainer in 2020 – as is the ‘E-Tense’ plug-in hybrid powertrain offering up to 360 total system horsepower and up to 50km (31 miles) of EV-only driving from a 12 kWh battery and 80kW (110hp) e-motor. A lesser hybrid version and cheaper non-hybrid version will appear later on.

The headlights may not be linked by a cable to the steering system anymore, but the active LED system can adjust the width and depth of their beams to suit different driving conditions.

The DS 9 will be on sale in China in the first half of this year, before appearing globally soon afterwards.