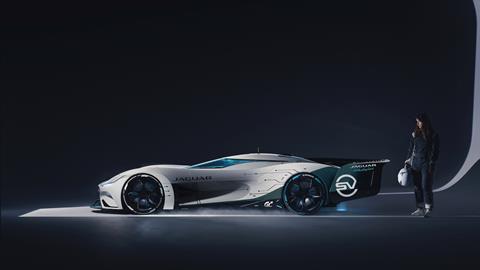 Jaguar has developed an all-electric virtual race car for gaming purposes, and has also built it in the real-world as a full-scale design study. Called the Vision Gran Turismo SV, the race car draws on the previously launched Vision Gran Turismo Coupe but with a greater focus on performance. 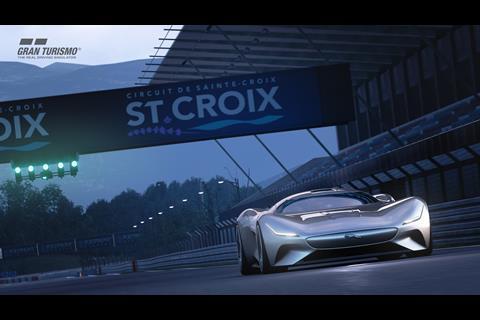 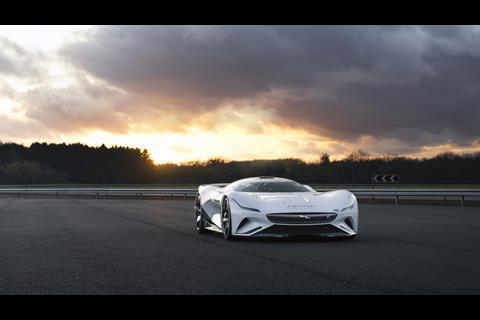 To ensure the vehicle could be handled, the engineering and design teams came together to create a lightweight structure made almost entirely of composites, carefully shaped and sculpted for aerodynamic purposes. They also analysed feedback from gamers on the Coupe, identifying which features should remain and which should be improved. 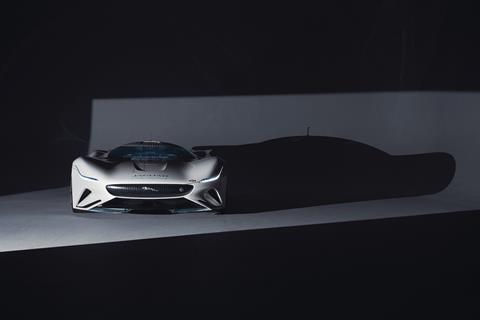 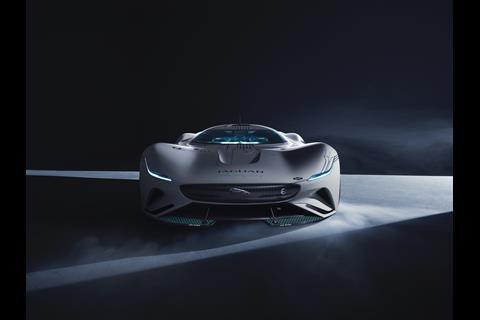 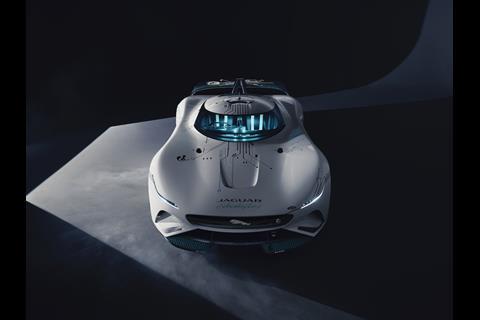 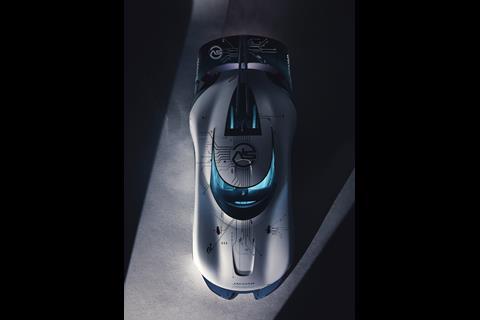 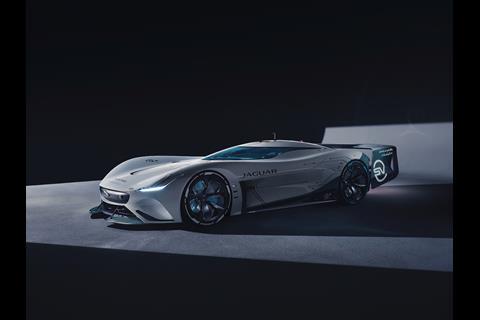 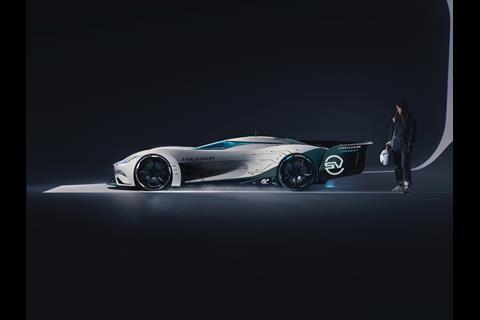 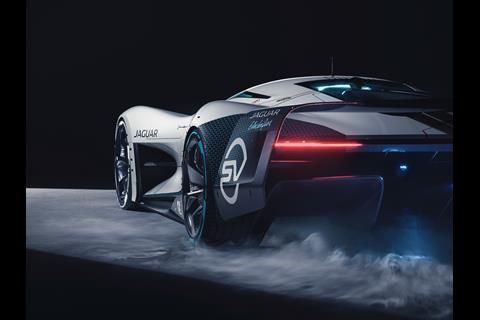 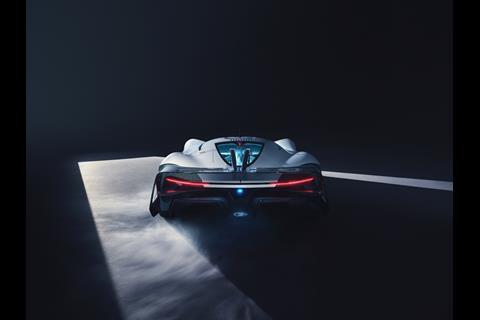 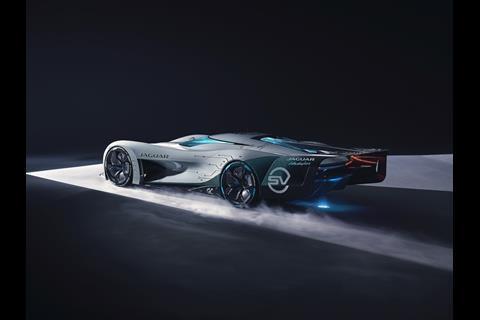 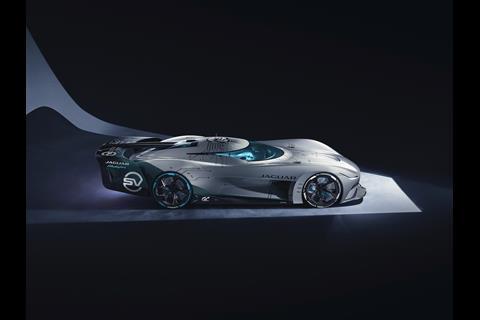 ”Jaguars created for the race track and the road have always shared the same DNA – whether that’s the D-type and XKSS, or the I-PACE and the I-TYPE,” says Julian Thomson, design director at Jaguar (CDN interview with Thomson). ”So, when the design team behind the Vision GT Coupé were asked to create the ultimate electric gaming endurance racer for Gran Turismo, they worked with engineers from SV and Jaguar Racing to create something really special. The Vision GT SV is a dramatic and visually arresting car which showcases what’s possible when the traditional boundaries governing real-world car design are completely removed. In bringing this car to life with a full-size design study we’ve been able to showcase the most extreme version of an electric Jaguar race car that is inspired by the past but looks fearlessly to the future.” 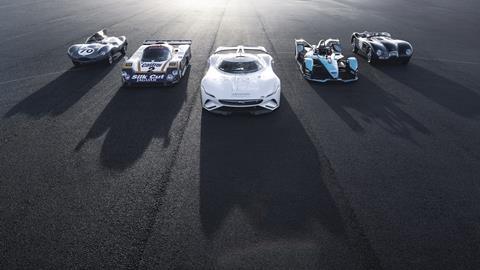 The GT SV, therefore, shares a number of the same design details as the Coupe, such as the curved fenders that extend high above all four wheels. As a result, the belt line rises and falls, creating the same distinct side profile. And despite the additional electric motor driving the front axle, the wheelbase length is unchanged at 2,721mm. However, the overall length is slightly longer – a change that Jaguar says is down to enhancing aerodynamics.

There is also a new front splitter and deployable rear wing on the GT SV to increase traction for better cornering and stability. The wing was inspired by the one on the XJR-14, and was subject to numerous iterations during the design phase using computational fluid dynamic analysis. Vents at the front funnel air behind the wheels and into a smooth side body that is delicately curved to shift the flow up and away from the rear wheels.

Many other clever systems have been developed, such as the thermal management system that includes an additional liquid nitrogen circuit to ensure the battery can provide maximum power for longer while remaining within its ideal temperature range. Each and every part of the GT SV has seemingly been put under the microscope and meticulously improved by both the design and engineering teams. 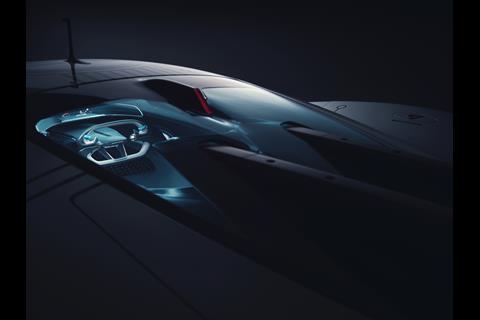 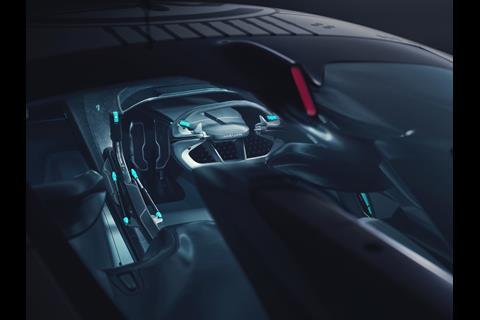 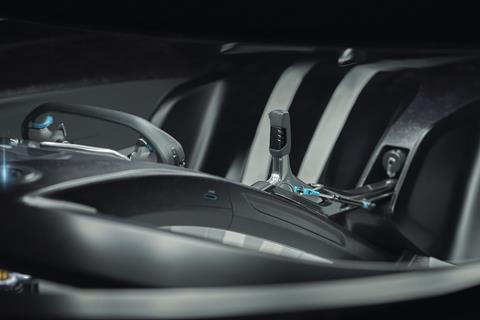 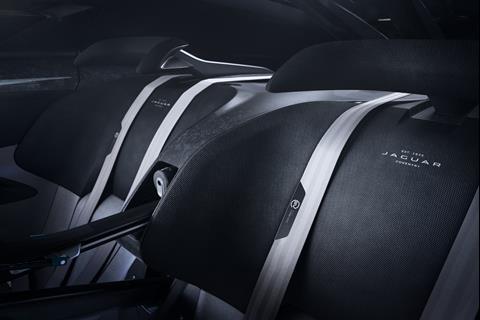 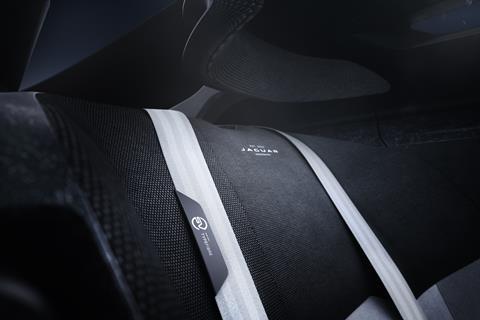 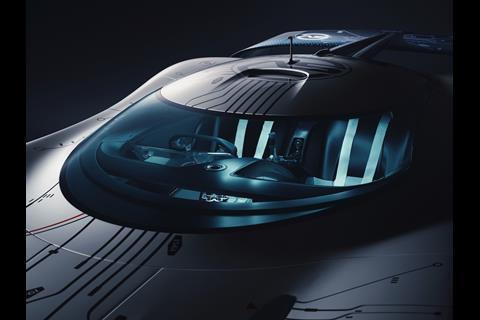 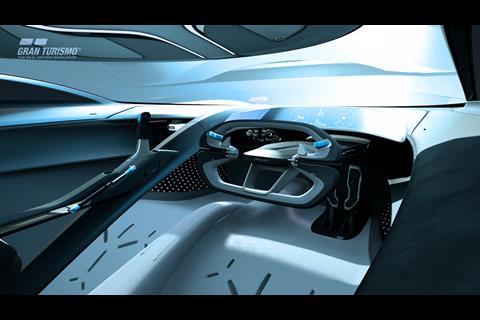 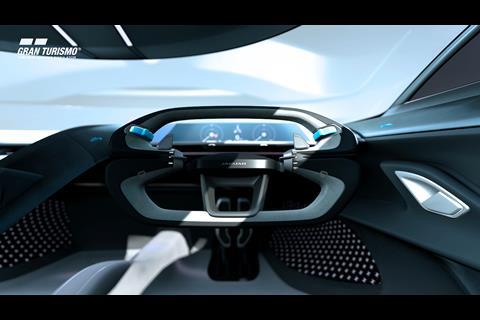 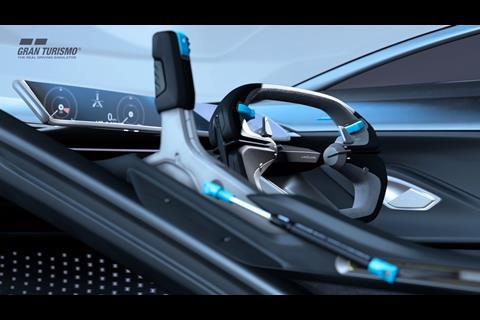 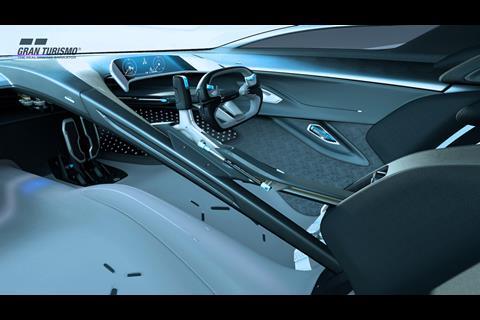 Surprisingly there are two seats inside. With such a clear focus on performance and racing, expectations of having a single seat front and centre in a futuristic cockpit must have been high, but for whatever reason, the team at Jaguar chose to include a second co-pilot seat and more conventional cabin space.

Fans of the racing game Gran Turismo will be able to whip around in the Jaguar Vision Gran Turismo SV in 2021. Regarding the GT SV as a design study, it is telling that Jaguar used resource to execute a physical build of the model, particularly considering the current state of the market. The carmaker may therefore envisage a wider purpose for some of the design innovations included in the GT SV.