A hot rod for our times?

In 2002 Los Angeles Museum of Contemporary Art celebrated the work of J Mays with an exhibition called Retrofuturism: The Work of J Mays. It was retrospective of his work which included the Audi Avus, the Volkswagen Concept One and Ford New Thunderbird, among others.

Sitting amidst the cars, models and photos was a strange skeletal vehicle, looking more like a chassis someone left behind than a real car. The wheels were totally exposed under tiny cycle fenders. The body seemed to be a curved assemblage of slats, out of which posed something that might or might not have been a seat frame. Headlight stalks that looked like characters from the movie WALL-E, rose next to the wheels.

It was the Ford MA, a concept that was hot-rod retro, but futuristic in materials, fabrication, and propulsion. Designed by Jose Paris of Mays’ Ford studio, the car was intended to show what a car like the Lotus 7 might have been in the year 2010 or 2015.

Mays was very enthusiastic about the proposal, noting, “The MA is an amazingly different form, but it still has the wind-in-your-hair feeling you might find in a sports car of the ’50s, all done in a very architectural, elemental way.”

He continued, “This car is hard to pin down – and that’s what the MA is all about. It’s about proposing solutions that are not obvious, that are between our traditional visions for a car.”

Accordingly the car was named MA, for the Japanese term for “the space between”, a place of indeterminacy.

The MA had a ‘body’ of bamboo and machined aluminum. Some frame elements were made of carbonfibre. Plenty of machined aluminium completed the assembly. Speaking of assembly, welds were not used on the MA – rather, some 364 titanium bolts held the car together.

The interior was as Spartan as could be imagined. The seats and instruments folded away, so they were minimalist in the extreme. The seats looked like slatted beach or Adirondack chairs. The padding attached to them was an absolutely minimalist nod to comfort and ergonomics.

Environmental responsibility was central to the concept. The MA was more than 96 percent recyclable. The bamboo ‘body’ is sourced from grass that grows back every five years, and reflected the interest at the time in bamboo as a finish material. Only very few parts received paint. There were no hydraulic fluids or industrial adhesives typically found in automobiles.

The MA concept used zero-emission electric drive (no word on proposed batteries). The car could also be outfitted with a small gasoline or diesel engine, should internal combustion absolutely be required.

Retrofuturism had a short life as an automotive design style. Designers soon found out that ‘retro’ is a cul-de-sac, a blind alley that can lock you into a bygone narrative. Still, those impulses remain strong in the automotive world; there are still retrofuturistic concepts emerging some 15 years later. But as critic Stephen Bayley once remarked, “The lesson of retrofuturism might be that you cannot look two ways at once.”

Looking back at the MA from fifteen years on, it is surprisingly prescient, as futuristic as any science-fiction concept car placed on a turntable at the major motor shows.

The DIY spirit of assembling available parts fits into the American tradition of hot rodding. The various pieces of the car could be assembled as a kit, and perhaps with bespoke third party parts, dovetails nicely into 3D printing technologies that are improving daily and will play a significant part of future automobile assemblies.

Mays envisioned the car being purchased in kit form from a variety of outlets. He imagined purchases “from a dealership, hardware store, or via the Internet. Then you and your son or daughter or other family members construct it, and its creation becomes part of the ownership experience.” We are thinking that these days, Amazon.com and the like might be added to the list…

Its zero-emissions electric motor is very on-trend for 2019, too. Its light weight – 900 pounds – qualifies it to be a micromobility solution by some definitions.

Does this make the MA a hot rod for our times? Possibly, although it would be tough to make it street legal. Of course, that would be part of its appeal. Hot Rodding is all about transgressive speed and fun, not ferrying Grandma to church or bingo. Unless, of course, Grandma is the Little Old Lady from Pasadena. Then maybe, just maybe, she might be persuaded to step into a MA and trade away that bright red Super Stock Dodge. 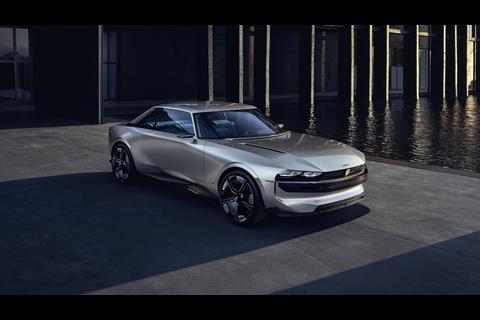 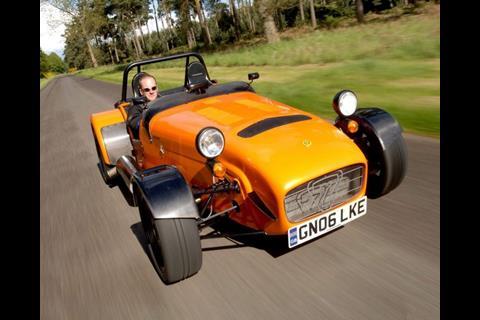 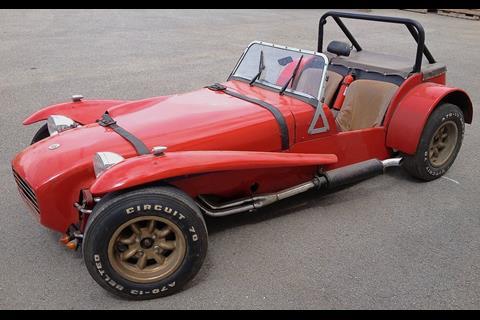 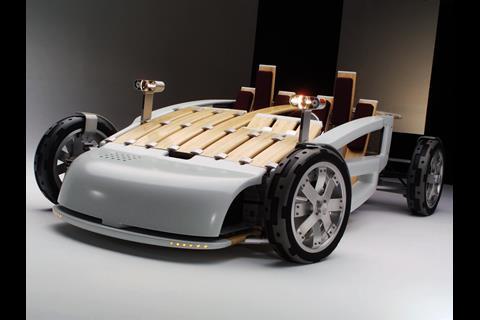 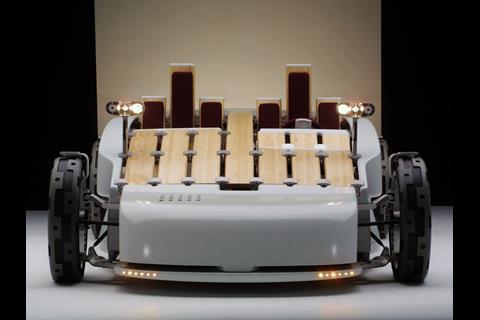 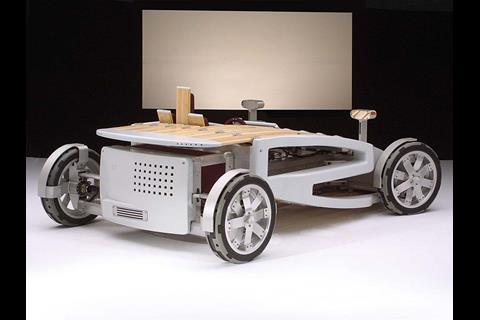 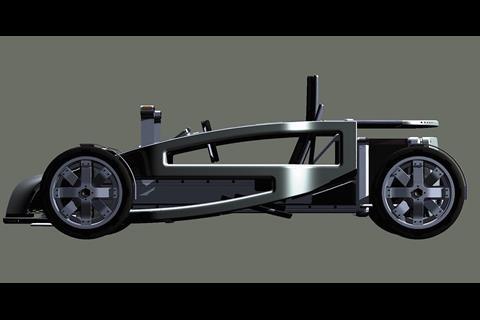 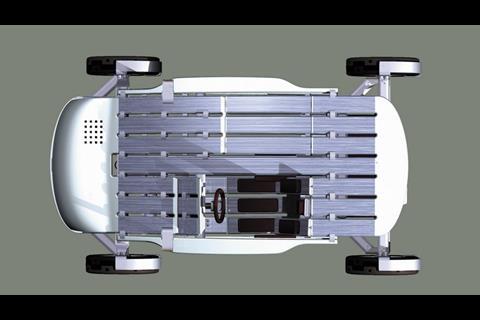 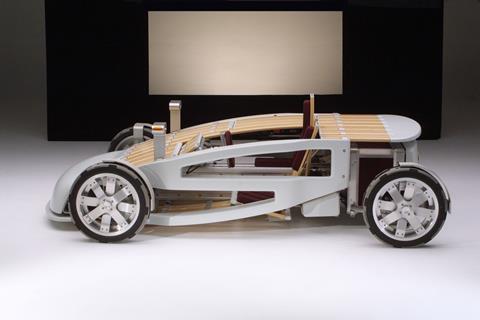 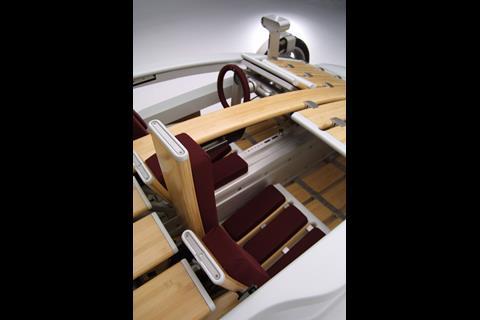 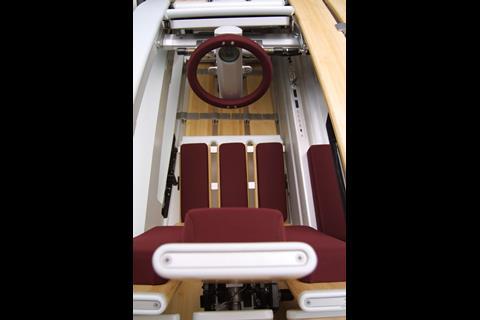 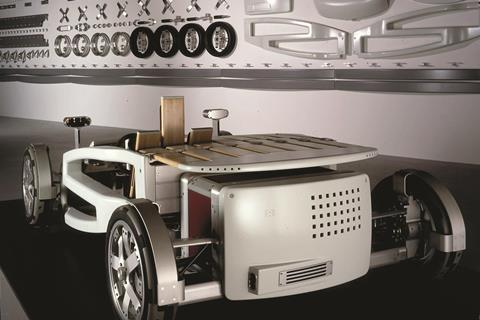 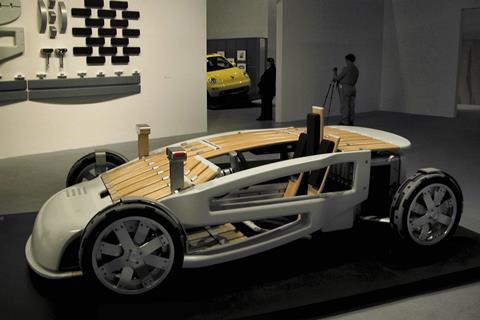 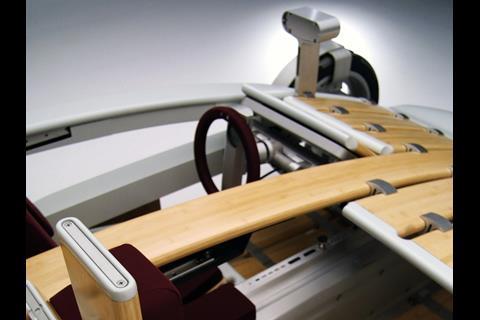