There is a long history of aerodynamic research in automotive design. From Paul Jaray and Wunibold Kamm, to Saab engineers, to the Toyota Prius; there’s quite a rich legacy of aerodynamic experimentation, which has only accelerated with the emergence of advanced computer modelling.

But rarely has aerodynamic research been combined with attempts at packaging optimization. It is as if aerodynamics and a comfortable passenger compartment have been considered by some to be mutually exclusive. 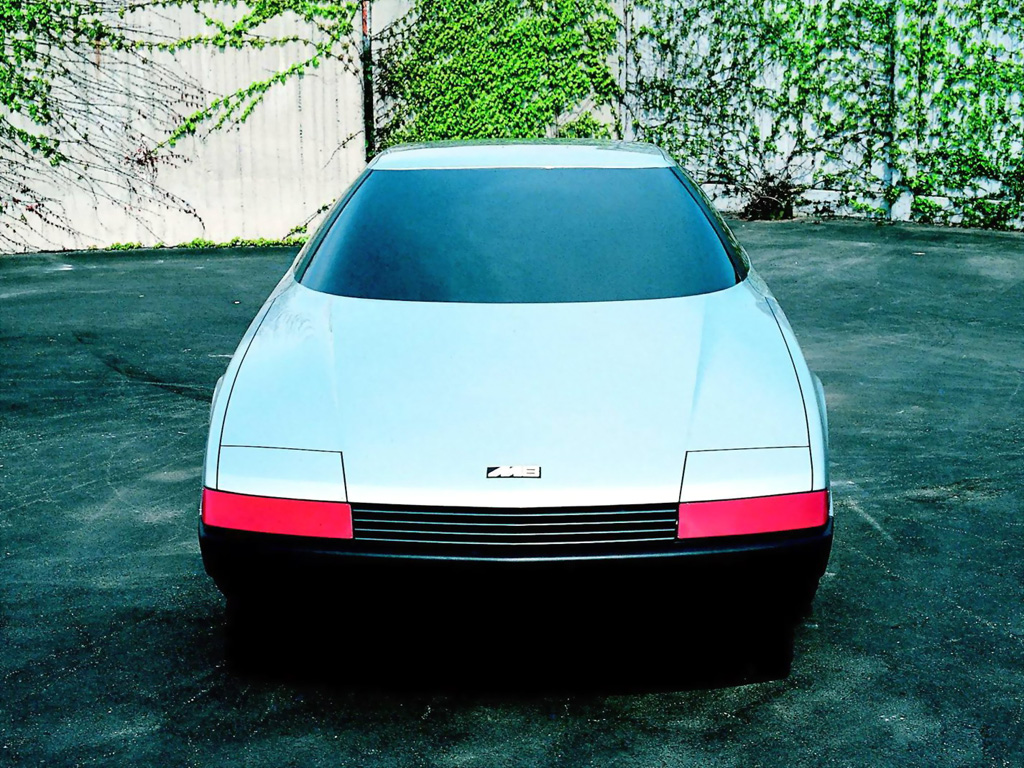 ItalDesign M8 – Aerodynamics and full passenger volume in one

But in the late 1970s, ItalDesign, under the leadership of Giorgetto Giugiaro, undertook a project of optimizing the volume and practicality of the passenger compartment, combined with advanced aerodynamics. The result was a remarkable series of concept cars, all with names that began with the letter ‘M’. 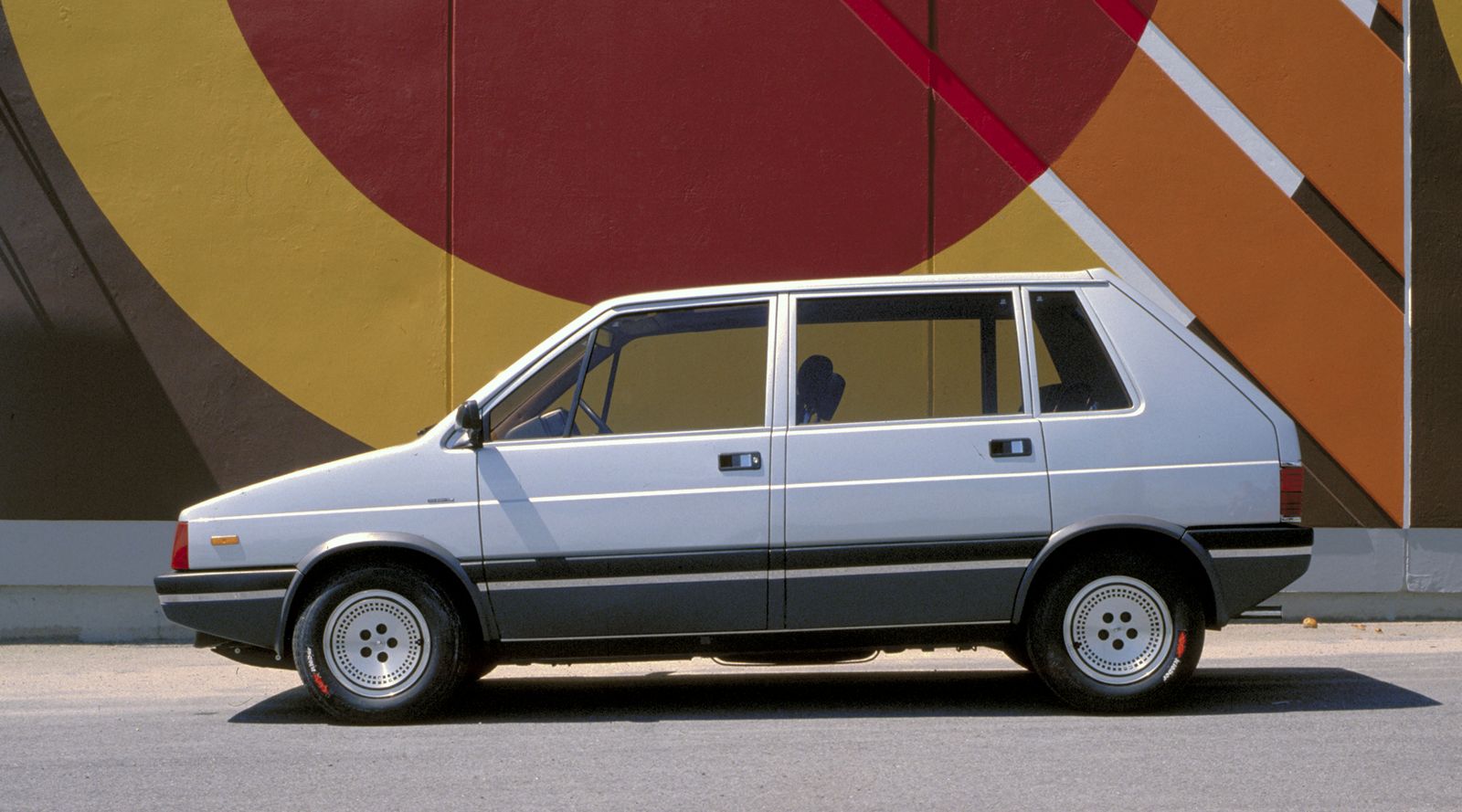 The first pair of concepts was introduced in 1978. At the Torino show, a high, stubby concept was introduced: the Megagamma. Based on a shortened Lancia Gamma 2500 chassis, the Megagamma maximized the interior passenger volume while providing a flat floor and a high H-point, basically creating the MPV.

At the same time, the Megagamma was aerodynamic for its shape, with a Cd of 0.34, very advanced for the time. 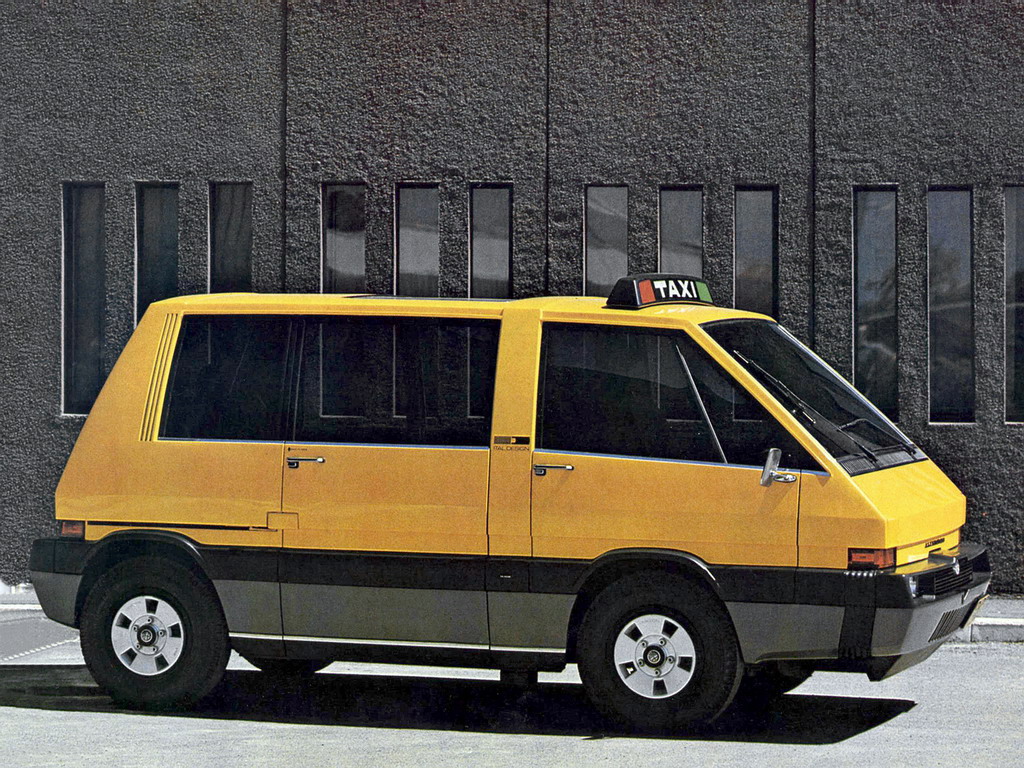 The project had begun with Giugiaro’s Alfa Romeo Taxi proposal of 1976. That project was a true monovolume. Although ItalDesign described the Megagamma as a monovolume as well, it is really a two-volume solution.

Giugiaro had high hopes for the new architecture, but FIAT and other European manufacturers passed on the concept, claiming it was too radical. Not until Renault, with their Matra-built Espace of 1984, did anyone capitalize on the concept. 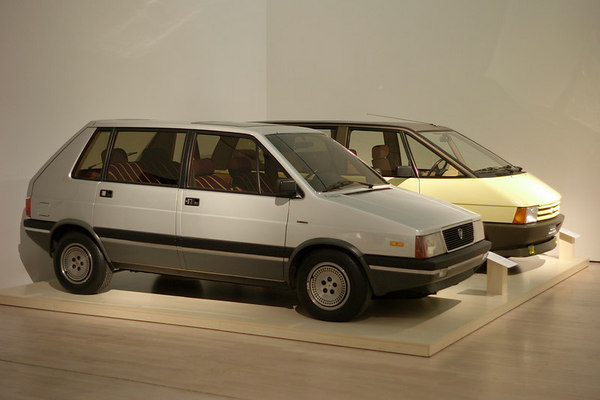 The Lancia Megagamma and its spiritual descendant, the Renault Espace

But Japanese manufacturers would come calling, finding opportunities where others did not. This resulted in such 1980s cars as the Nissan Prairie and the Mitsubishi Chariot. 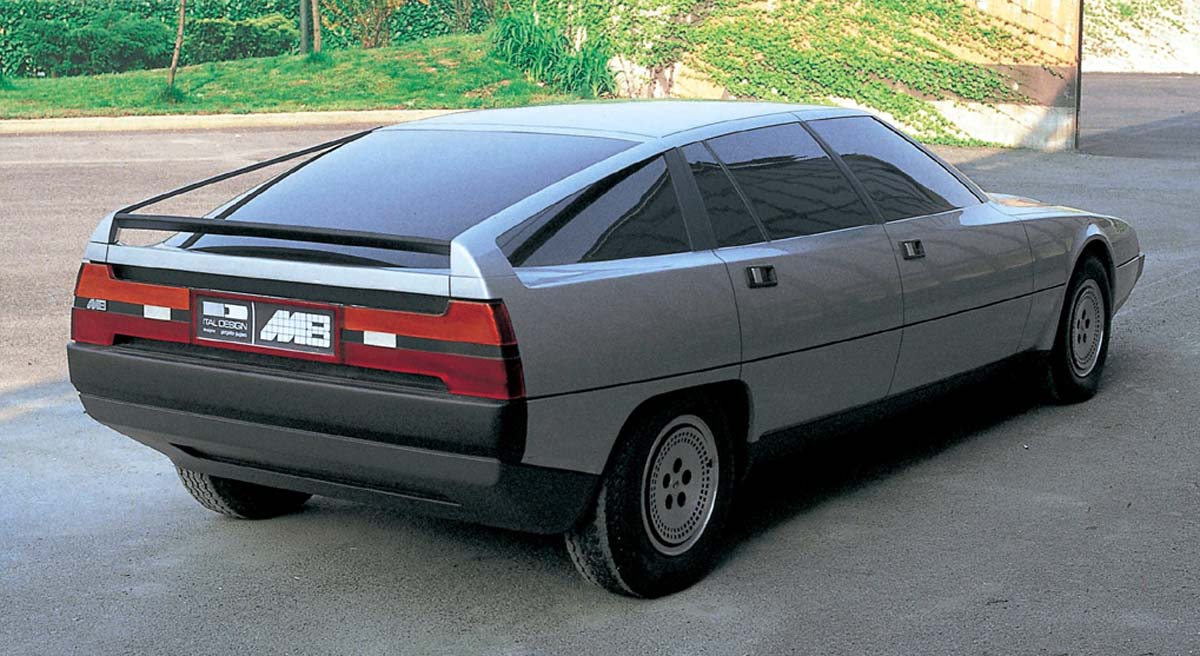 1978 ItalDesign M8 – When the hard-edged wedge started to soften

The Megagamma had a sister concept from the same year. The M8, a sleek four-door that sought the aerodynamic sleekness of a coupé with the volumetrics of a sedan, was low and long, in contrast to the proto-MPV form of the Megagamma.

However, it was basically a full-scale model, as opposed to the fully running Megagamma. 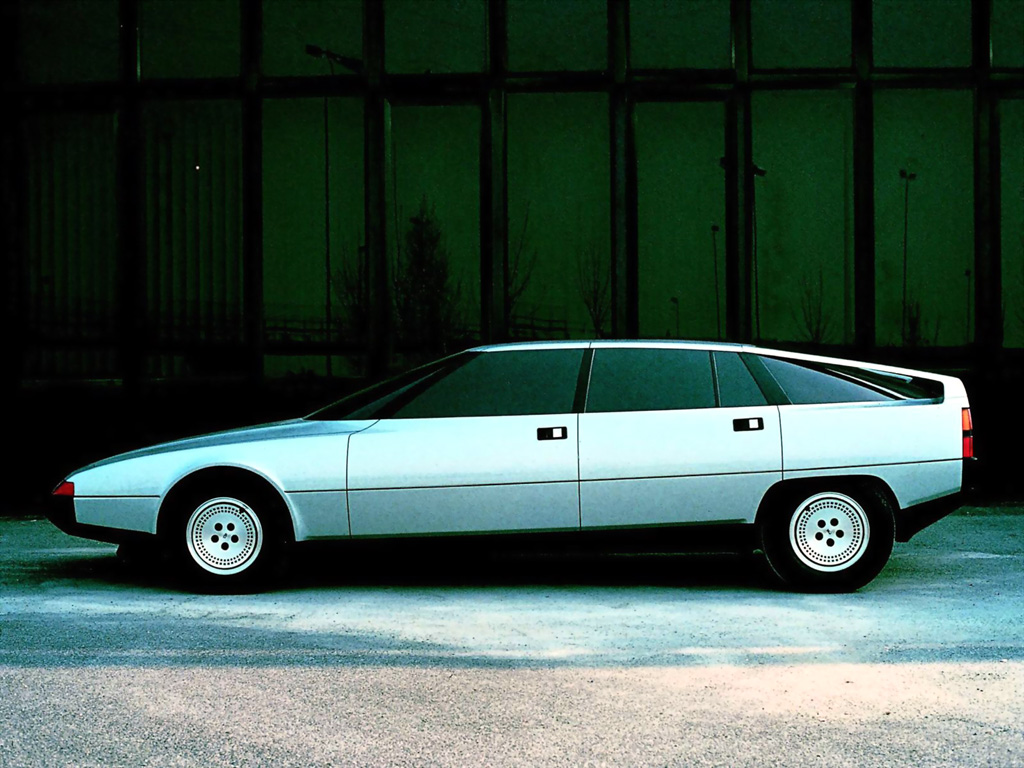 Many have noted the Citroën-like appearance of the M8 – more French than Italian. The M8 shows a softening of the crisp Giugiaro styling of the 1970s. The plan of the glasshouse moves more towards an oval than a crisp prism.

The strong rear slope of prior concepts is softened here, with the glasshouse curving around the hatch and a pair of ‘flying buttresses’ tracing the outline of the form of the car.

Again, like its sister car, the M8 was destined to be an influential concept, but not make it to production. 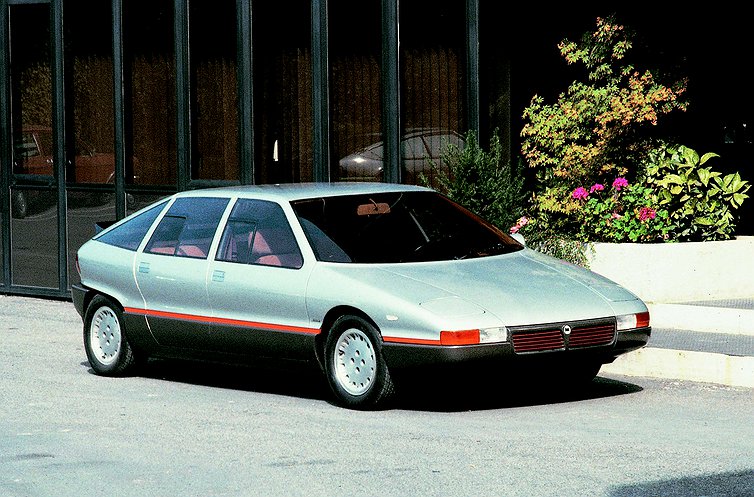 A couple of years later, in 1980, ItalDesign introduced the Medusa, a mid-engined four door sedan. The Medusa was a direct descendant of the M8. But unlike the M8, the Medusa was a fully running sedan, with its underpinnings based on a Lancia Montecarlo (ironically, a Pininfarina design), complete with the mid-engined layout. 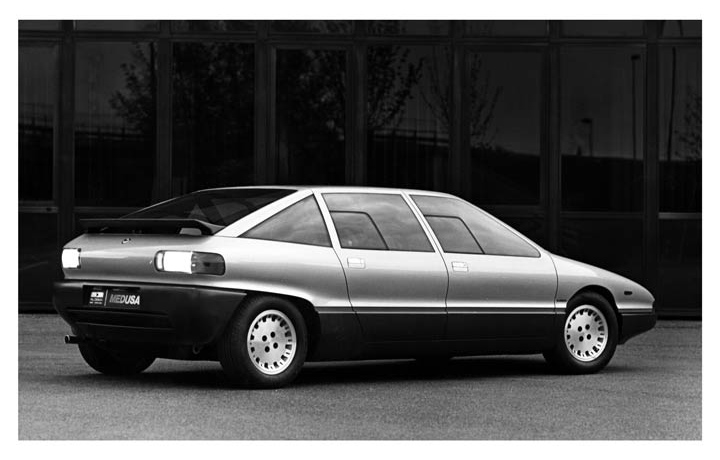 With the engine out of the way, the nose could be of minimal surface area, hence the sharply sloping, but rounded wedge. This allowed for an extremely aerodynamic form with a Cd of just 0.263 despite real-world features like mirrors and plates being attached. At the time, it was the most aerodynamic sedan yet created. 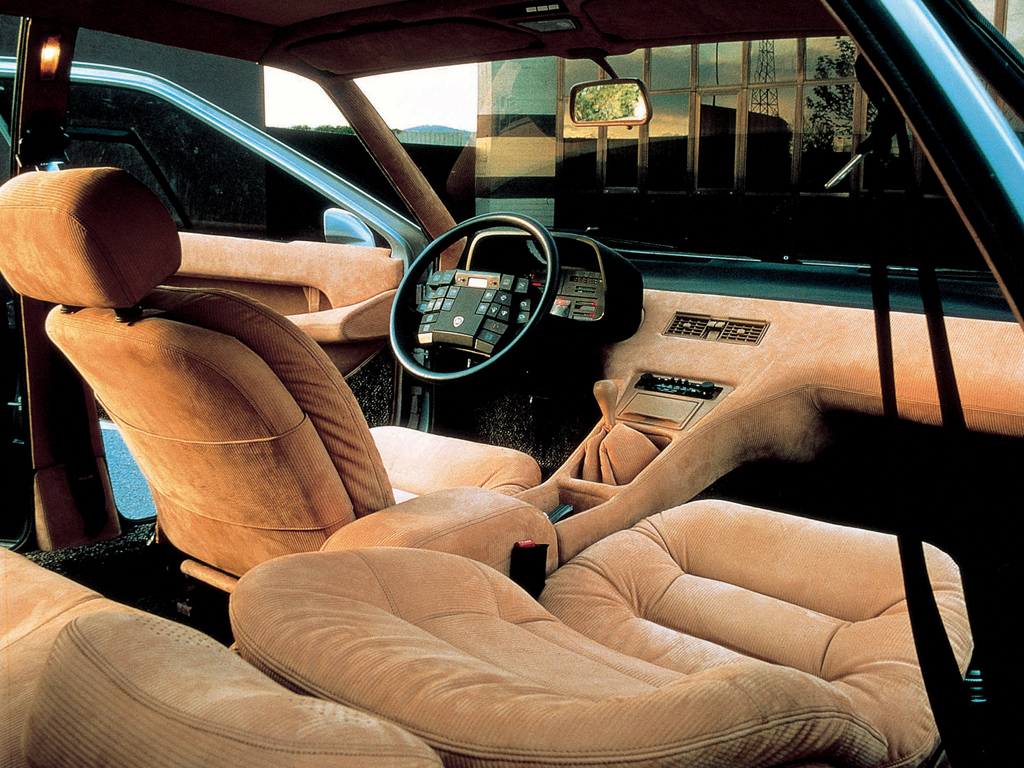 The interior of the Medusa was as decadent as the exterior was sleek; hectares of suede, complex instrumentation – especially on the steering wheel – and lots of creature comforts spoiled you with ItalDesign luxury. 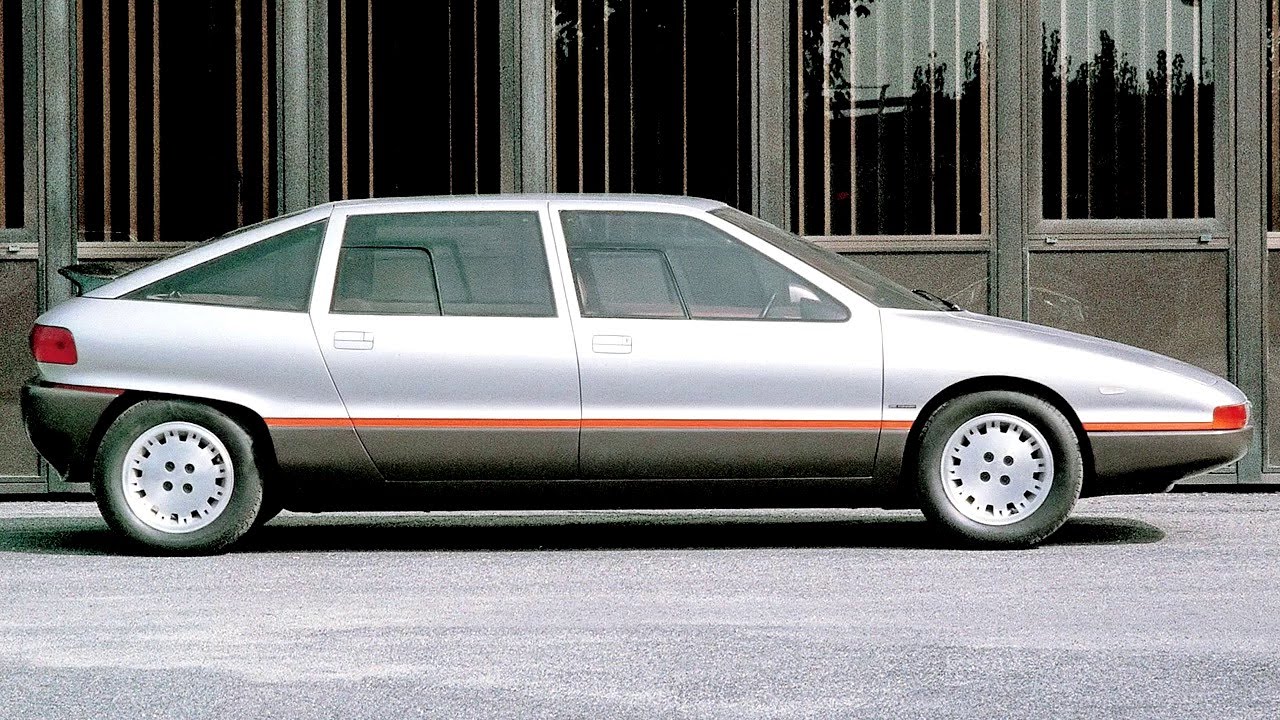 Finally, related to both the M8 and the Megagamma, the Lamborghini Marco Polo was introduced at the Bologna Show in December 1982. This concept maximized the space for four passengers in a sporty but luxurious format.

The car, a non-running model, was an aerodynamic wedge with two gullwing doors that could be opened from either the front or rear seats. Like the Medusa, it was proposed as a mid-engined car. 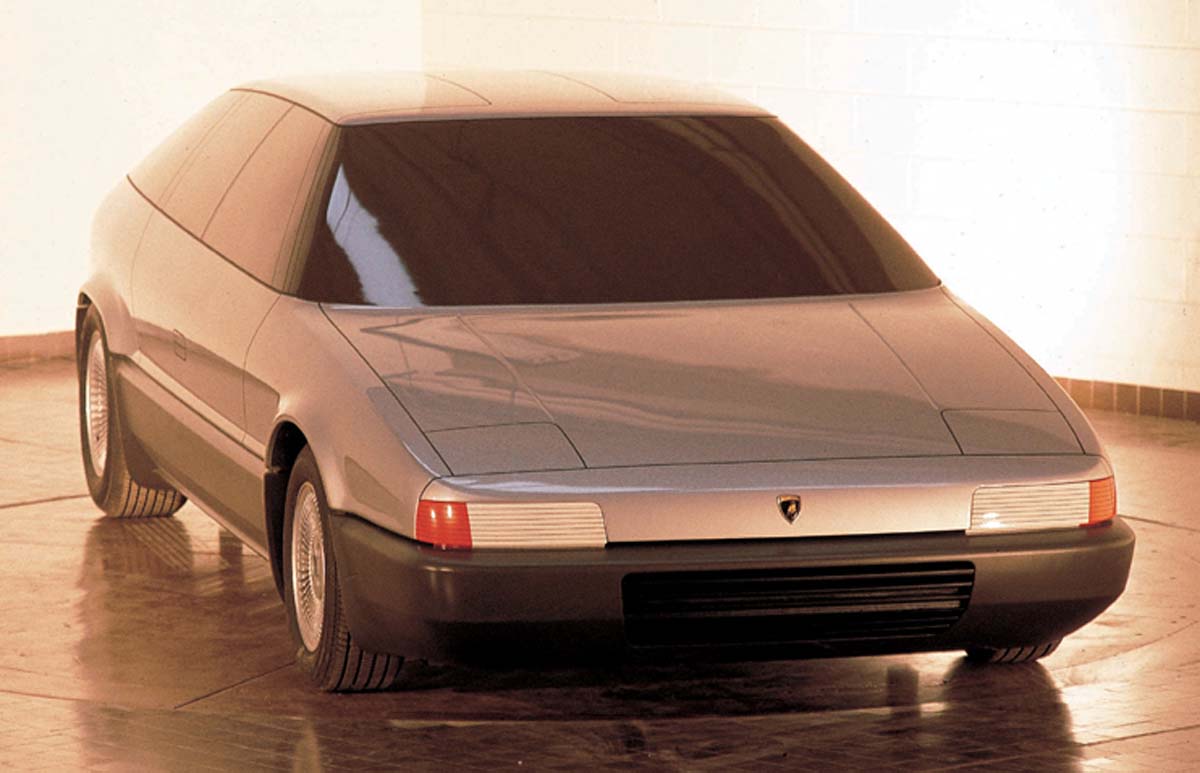 Although it was not sponsored by Lamborghini, the Marco Polo wore the company’s badge, as an homage to the innovations that the Raging Bull had brought to the Italian car. It may also have been a bit of advertising for future work, as the Marco Polo was rumoured to be a proposed replacement for the Espada (which had been out of production for several years). 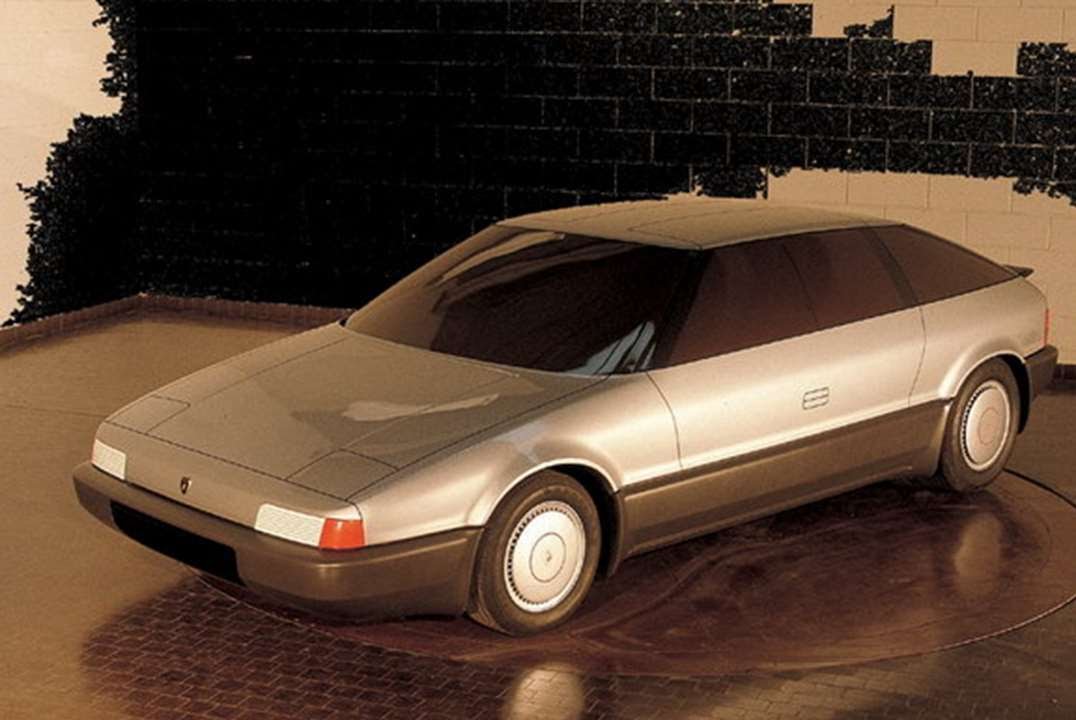 A sleek nose, full passenger volume, and a softer wedge

In any case, the softer, rounded shape of the Marco Polo with its emphasis on aerodynamics and a quieter ride, seemed a little too tame for Lamborghini and the project went no further.

Interestingly, another rumour was that the Marco Polo was a sort of stealth proposal for a future DeLorean. This seems a bit far-fetched, as DeLorean’s fortunes were sinking rapidly by the time the Marco Polo was first shown. Indeed, production on the DMC-12 would cease within weeks of the Bologna show. 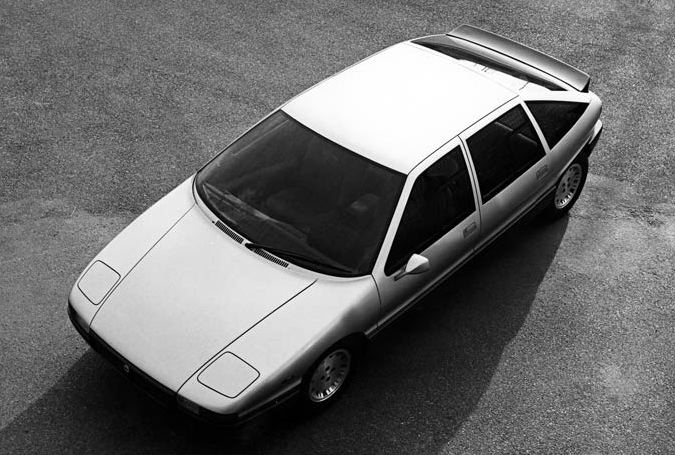 The Lancia Medusa – Sci-Fi design, but more practical than it first appears

The “M” cars experiment has had a long influence over automotive design, even to the present day. Although the concepts may not have been immediate successes, they certainly influenced several design themes throughout the 1980s.

What’s more, their attempts to marry aerodynamic design and a full passenger volume have especially borne fruit in the last two decades. Perhaps their ultimate successor is the Toyota Prius, which, despite its current polarizing design, is an aerodynamic and packaging tour de force.

A sketch of the Medusa being finished off. How meta

It’s just one of the many lessons Giugaro and Italdesign have handed down to us, and one worth revisiting as a new era of autonomous cars emerges. 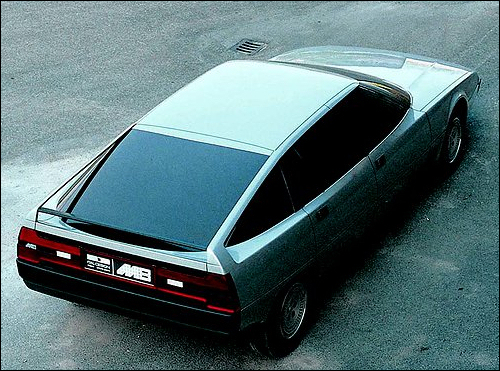