Marcello Gandini and his work need no introduction to the readers of Car Design News. Over his long and fruitful career, he has designed such seminal cars as the Stratos Zero, the Lamborghini Countach, the Citroën BX and a very long list of other concept and production cars. Two of his lesser-known works are a couple of sports cars of a different type – off-road fun cars that appealed to the young (well, to all ages). 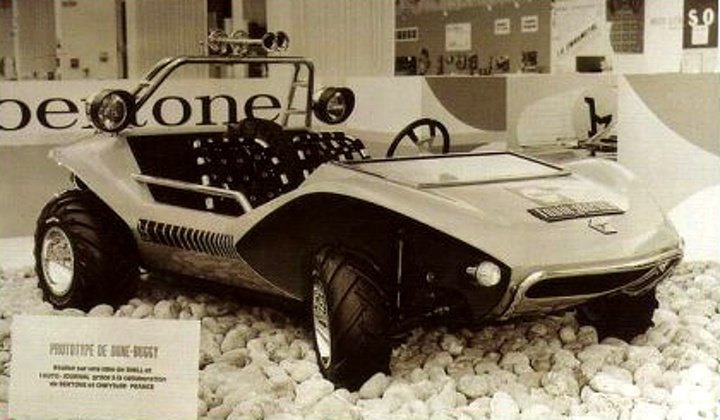 Simca Shake; one of two prototypes

First shown at the Paris Motor Show in 1970, the Shake was inspired by the very successful Myers Manx dune buggy (a converted Volkswagen) made in the United States. The Myers Manx was largely a Californian fad until the 1968 movie The Thomas Crown Affair, starring Steve McQueen and Faye Dunaway, introduced it to a worldwide audience. 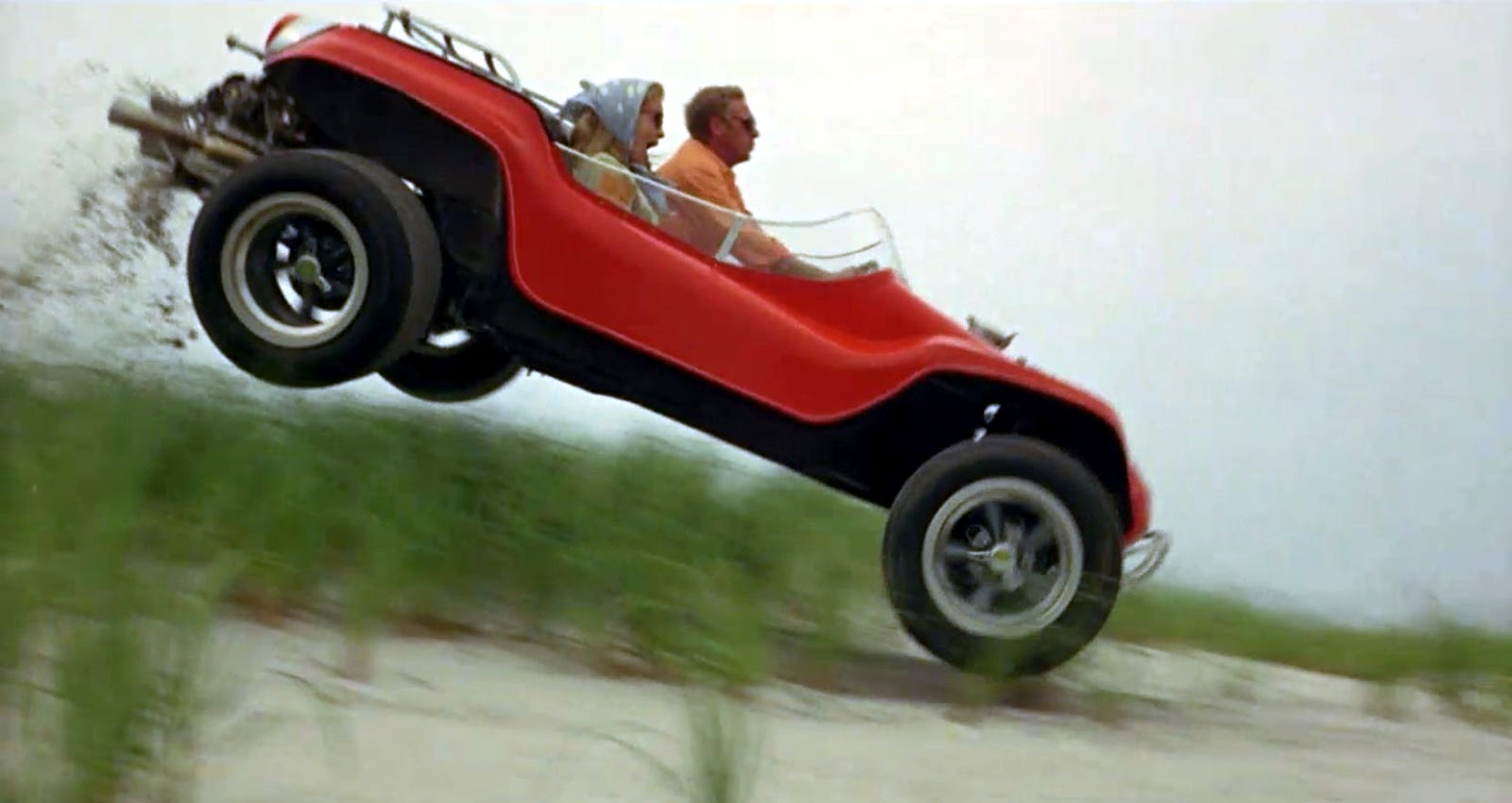 Nuccio Bertone, like so many others, fell in love with dune buggy concept, and wondered if there could be a European equivalent. At the time, Bertone was supplying Chrysler’s European division, Simca, with bodies for the Gandini-designed Simca 1200S coupé; a rear-engined, sportier version of the workaday 1100 and 1200 sedans. It certainly seemed possible to imitate the Manx's rear-engined format with the similarly laid-out Simca. 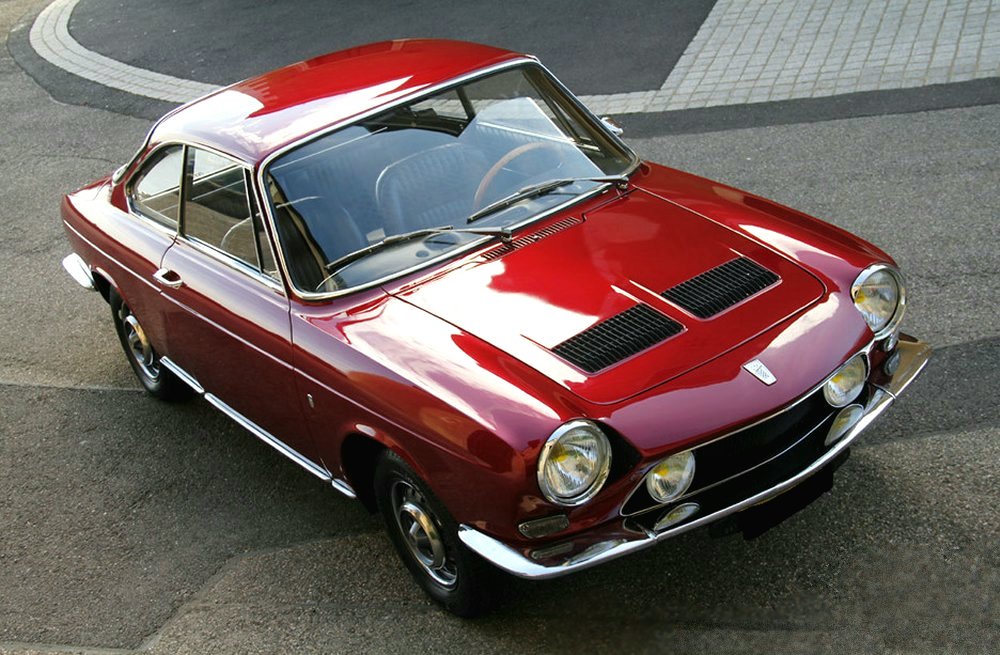 Simca 1200S coupé – the donor car for the Shake

A donor car was procured from Simca while Gandini set to work transforming the 1200. The dune buggy that emerged from Gandini’s drawing board would be a work of engineering as much as styling. The longitudinal rear engine was retained, but with a new tubular steel frame and a shortened wheelbase (by some 200mm), that kept the overall car at a compact 3.5 metres. The new frame and suspension components were strengthened for the anticipated off-road use, while a bespoke set of compact wheels and wide off-road tires completed the undercarriage. 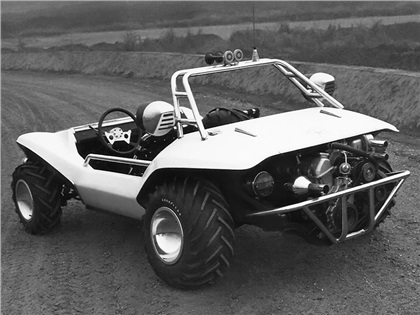 Over the revised underpinnings Gandini designed a flowing, open-top fibreglass body. The wheel wells were generous and asymmetrical, a jaunty variation on Gandini’s signature theme. The windscreen folded down for a more open feel, while a roll bar with lights provided some emergency protection. The body stopped short of covering the engine at the rear, allowing it to proudly announce itself for all to see. 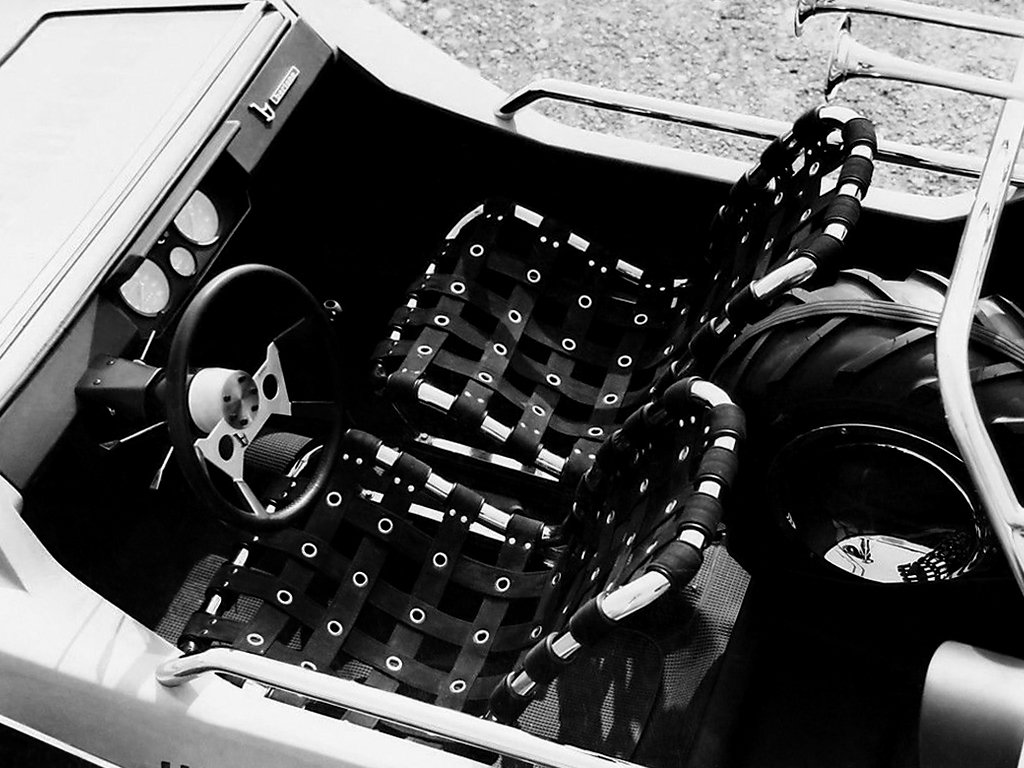 The interior was appropriately Spartan, with a bare minimum of gauges, IP and interior finish. The seats were open leather webbing. There were no doors, of course, but a chrome rail provided some minimal side protection. 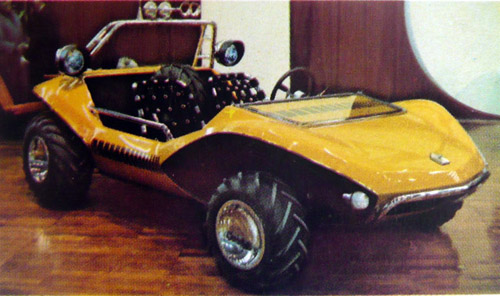 Another Shake prototype – note the Pentastar on the nose

Despite being a hit at the Paris Show, there were never any production plans. It would have been too expensive to produce, plus, at a time when production car safety was becoming a real issue, a car like the Shake would have been a liability. Still, the Shake remains one of Gandini’s most fun and charming designs. 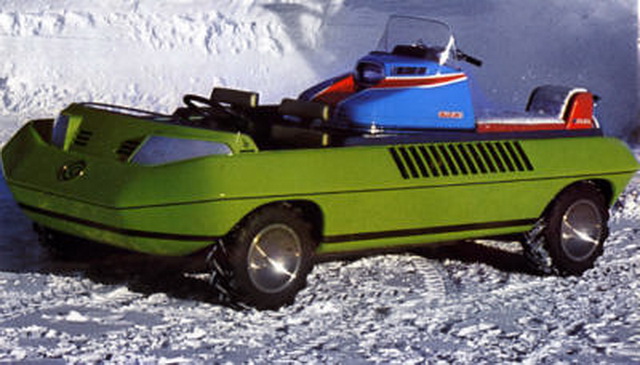 The Suzuki Go – amphibian and amphibious

Although Bertone worked for mostly European automakers, the carrozzeria’s services were in demand worldwide, with Japan no exception. Seeking to expand the presence of Bertone in the Far East, the decision was made to create a fun off-road machine that was different from a Jeep or dune buggy. Bertone decided to create an amphibious off-road machine using a Suzuki engine and parts. 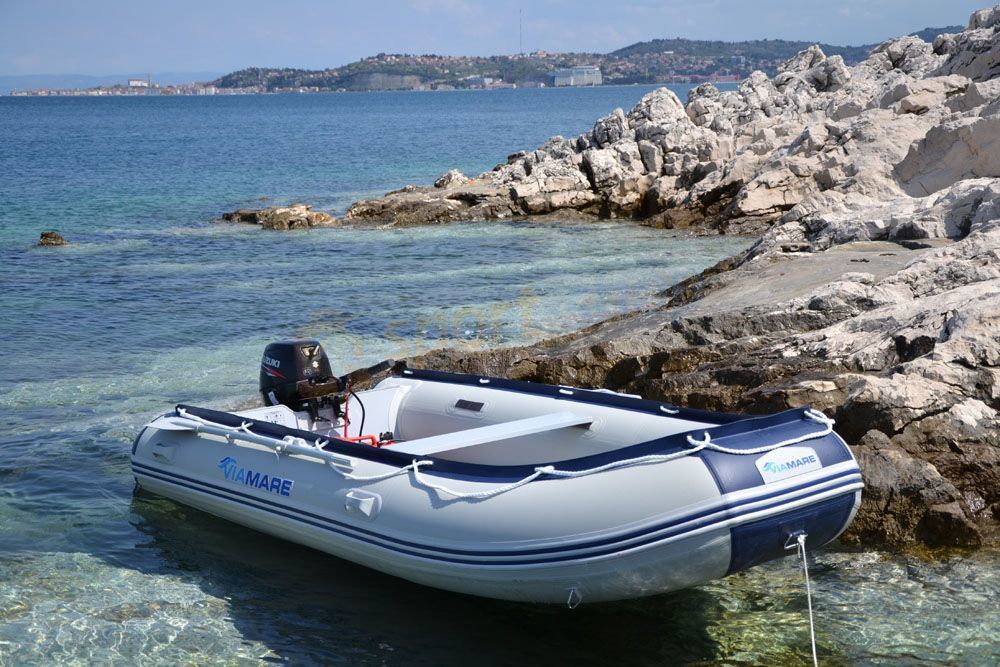 Inflatable boat – the inspiration for the Go

Gandini drew his inspiration from the rubber inflatable dinghy boats that were becoming popular at the time. Developing a similar concept for a car – a lightweight flexible carryall which seemed like it was not a truck – seemed an interesting challenge. As with the Shake project, engineering had a big role to play too. 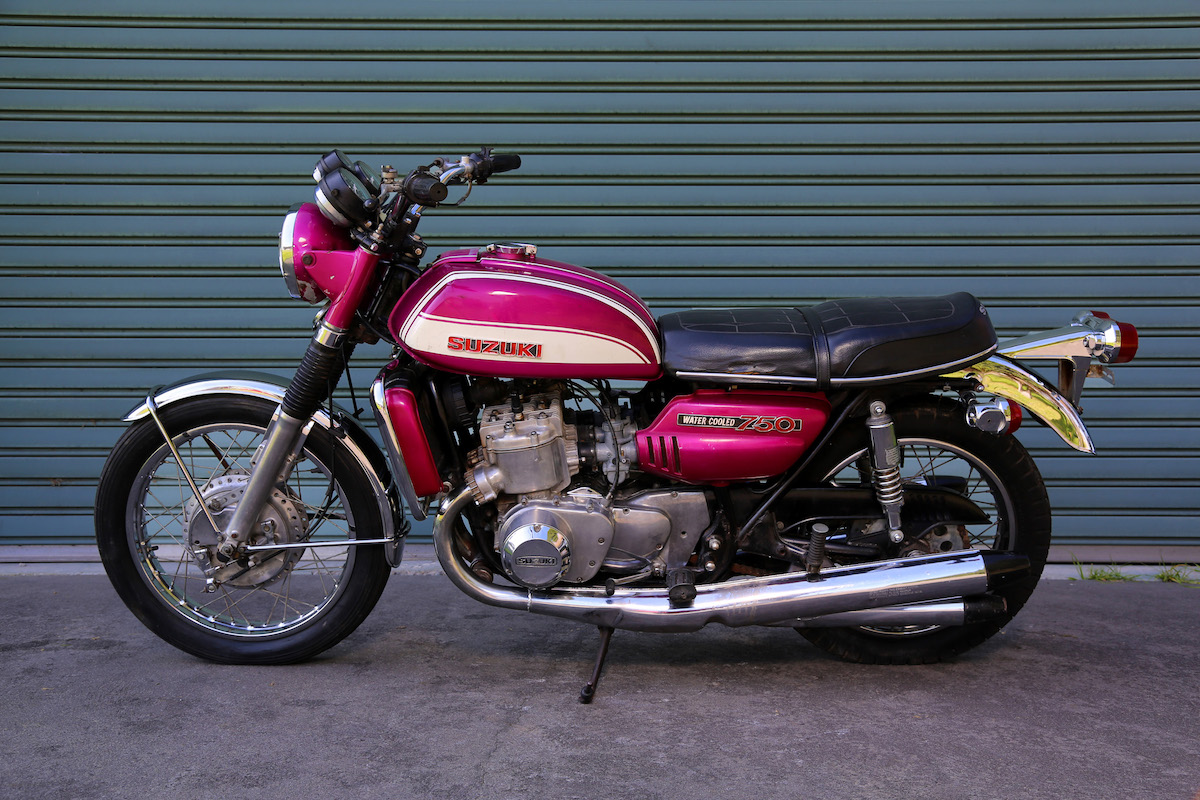 The Suzuki GT750; a classic motorcycle that donated an engine to the Go

The powertrain for the Go was a 750cc Suzuki engine mounted on one side of the open bed, behind the driver. On the other side, behind the passenger, was the radiator and a luggage compartment. Connecting the engine to the wheels was a chain and a specially built gearbox by Bertone that produced five forward speeds as well as five(!) in reverse. 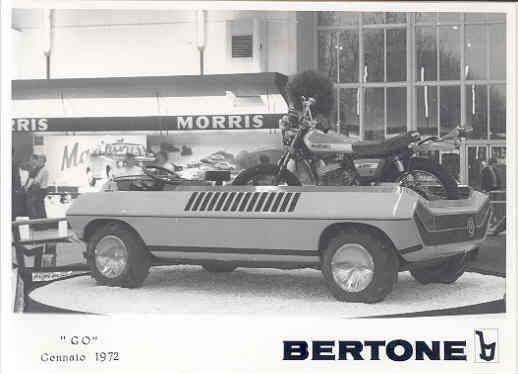 The tailgate was the only door on the car. It was controlled by the steering wheel

The layout of the Go was naturally very simple: a flat multi-purpose cargo bed with a tailgate. Two wings, like pontoons, surrounded the bed, containing the engine and radiator/luggage. Up front, two seats and no doors or windscreen completed the passenger compartment, such as it was. 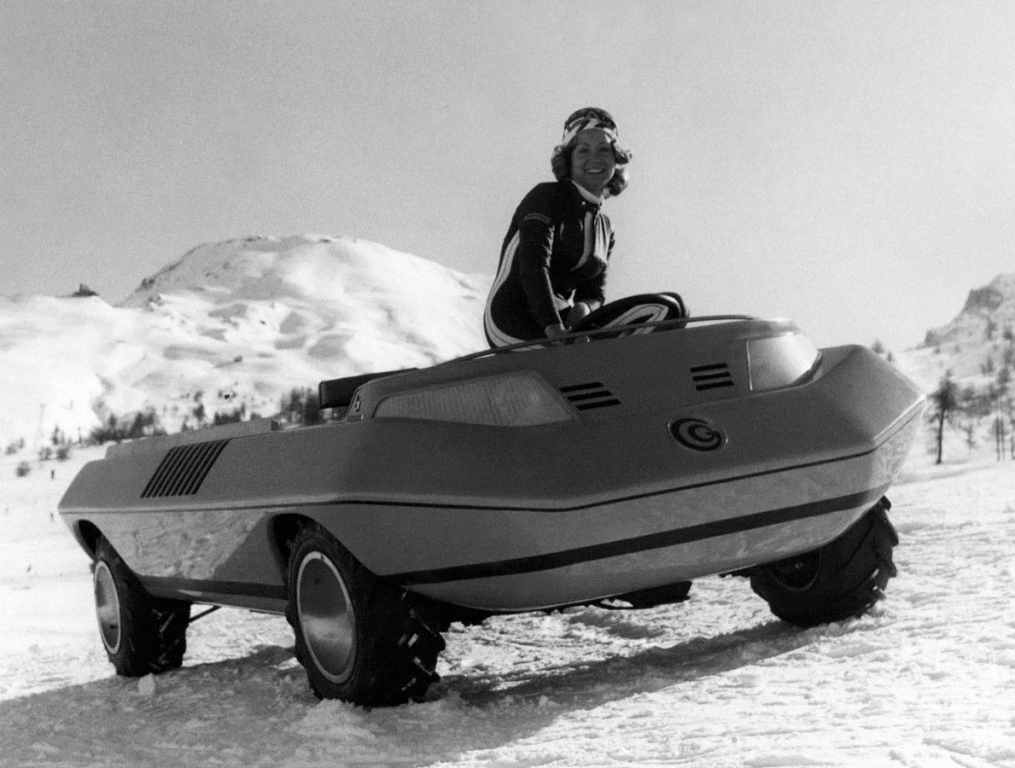 Suzuki Go – Perfect for a snow day away from the office…

Off-road suspension and wheels, as with the Shake, lifted the Go to a generous ground clearance. If you ran out of road at the lakeside, you could mount an outboard motor on the Go and have a watery adventure. Back on land, you pull a jet ski into the Go and take it home. 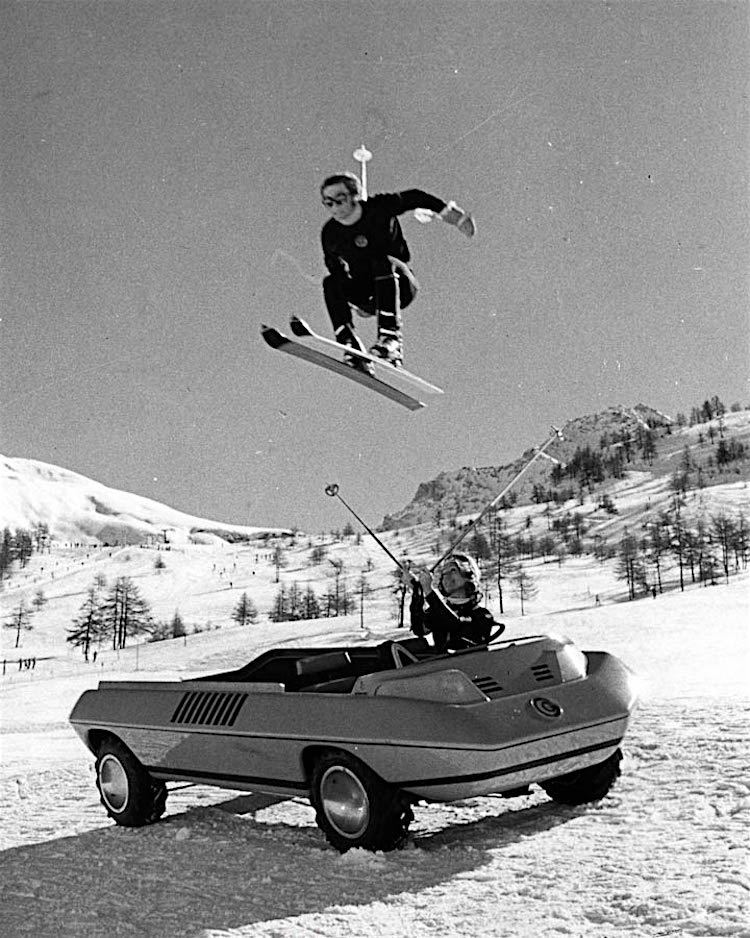 Introduced in January 1972 at the Brussels Motor Show, the Go was a hit – although many could not figure out just exactly what it was. It was a bit less than a full truck, a bit more than a dune buggy. It wasn’t a convertible, but not quite enough of a sports car to be called a barchetta. Its green colour and frog-like mask gave it a friendly amphibian character. 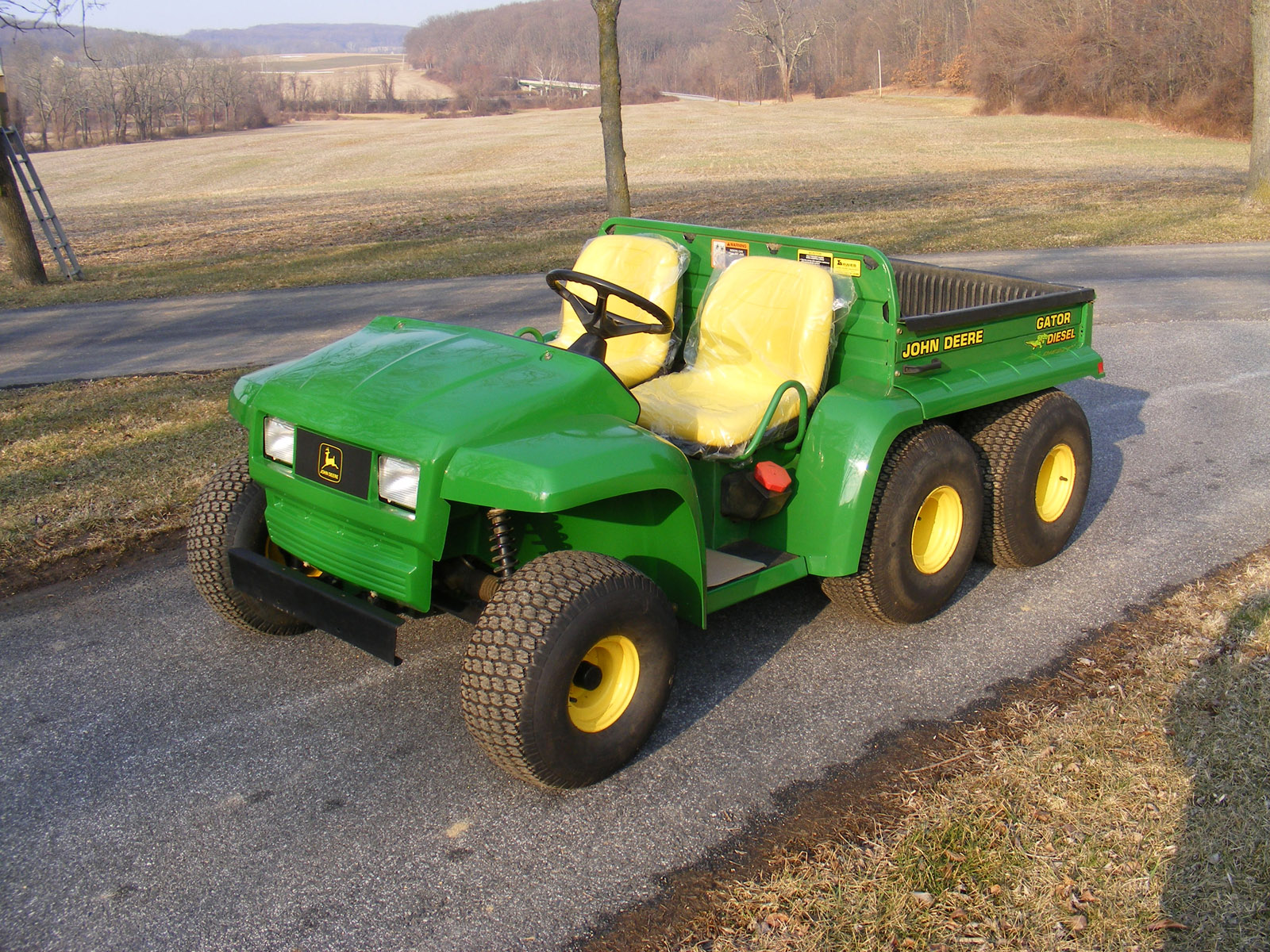 Although never produced, the Go certainly influenced small utility vehicles like John Deere’s Gator line of small all-purpose trucks. Meanwhile, Suzuki has its own line of light utility trucks and jeeps. They lack the sporty, fun character of the Go however. Perhaps with the advent of 3D printing and mass customization we could someday see a modern version of the Suzuki Go produced in limited numbers, for on and off the road.
Designed by Gandini, of course.