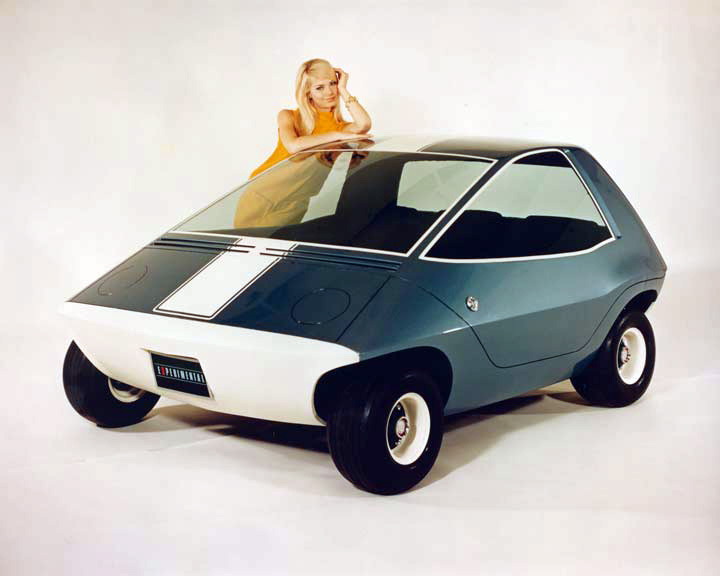 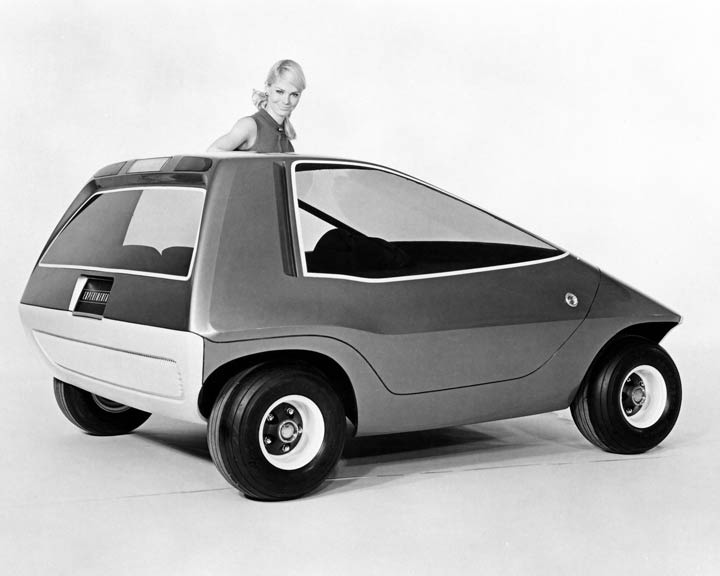 While the American auto industry spent most of the late ‘60s creating huge barges powered by monstrous engines with loud decals on disco paint jobs, AMC believed in the future of compact cars, fuel economy, and go-faster stripes.

Designed under Richard Teague's supervision, the quirky Amitron was unveiled in 1967 in a hotel in Detroit. Measuring less than 2,200mm long, it was 350mm shorter than a Smart Fortwo and its wide track gave room for three passengers seating abreast. 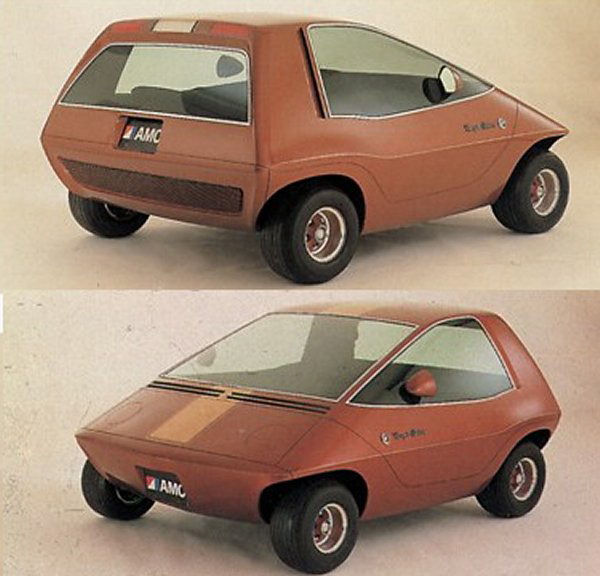 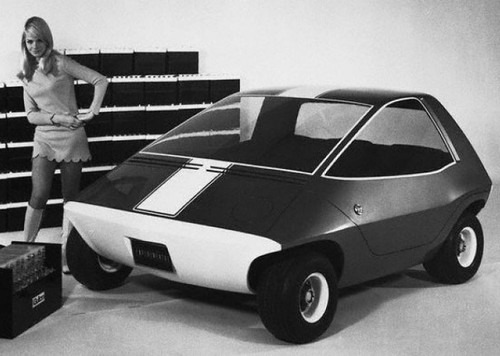 The seat cushions were filled with air so  when traveling alone, they could be deflated to increase loading space. It also helped reduce its weight to below 500kg.

Anticipating the ‘70s fuel crisis, engineers and designers began working on this subcompact electric car in partnership with Gulton Industries. Using their latest innovations with lithium-nickel-fluoride batteries, Gulton announced an autonomy of 241km cruising at 80km/h which was a huge step beyond contemporary lead-acid electric vehicles. The Amitron was also the first car using regenerative braking technology, now a standard feature on EVs and hybrids.

American Motors' original plans were to offer the Amitron for sale within five years as an urban commuter. Despite dropping the EV concept due to the cost of batteries, the short but wide layout found its way into the controversial Pacer hatchbacks. In 1977, after being repainted brick red, and with a pair of mirrors stuck on the side glass, the cute little car was exhibited once more and re-badged Electron.

Your author, Flavien Dachet, is a UK-based, French-born car designer. You may know him as the purveyor of KarzNshit, a photo blog that if isn't already in your bookmarks, certainly should be.