Tuesday, 4th March, 1969. A select group of journalists had been invited to Holden’s Technical Center at Fishermen’s Bend, Australia for a secret unveiling of Holden’s first-ever concept car. Among those assembled that day, there was great curiosity. After all, Holden – as a part of GM industrial empire – was only 21 years old (it was independent before World War II), and its technical centre was only founded in 1965. Holden was a producer of staid family transportation, so what could be so top secret? 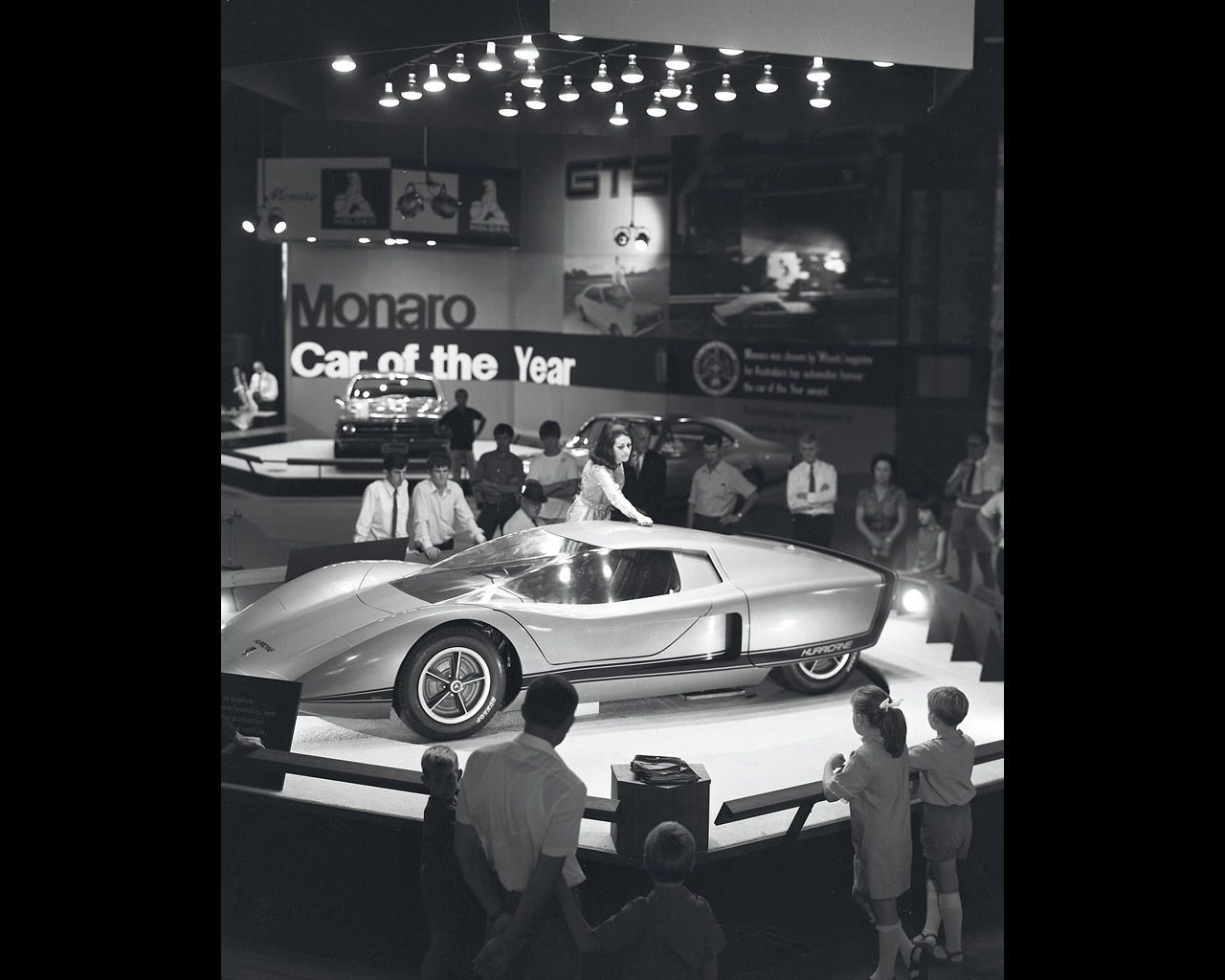 The Holden Hurricane at the 1969 Melbourne Auto Show

What was revealed was a radical sports car and mid-engined research vehicle, about as far away from the Holden brief as could possibly be imagined. A low-slung wedge shape sat before the journalists. A new Holden V8, the 4.2-litre (253ci) engine that would become the staple of the Kingswood and Premier lines well into the 1980s sat amidships, an engine placement that was in the vanguard of drivetrain development back then. 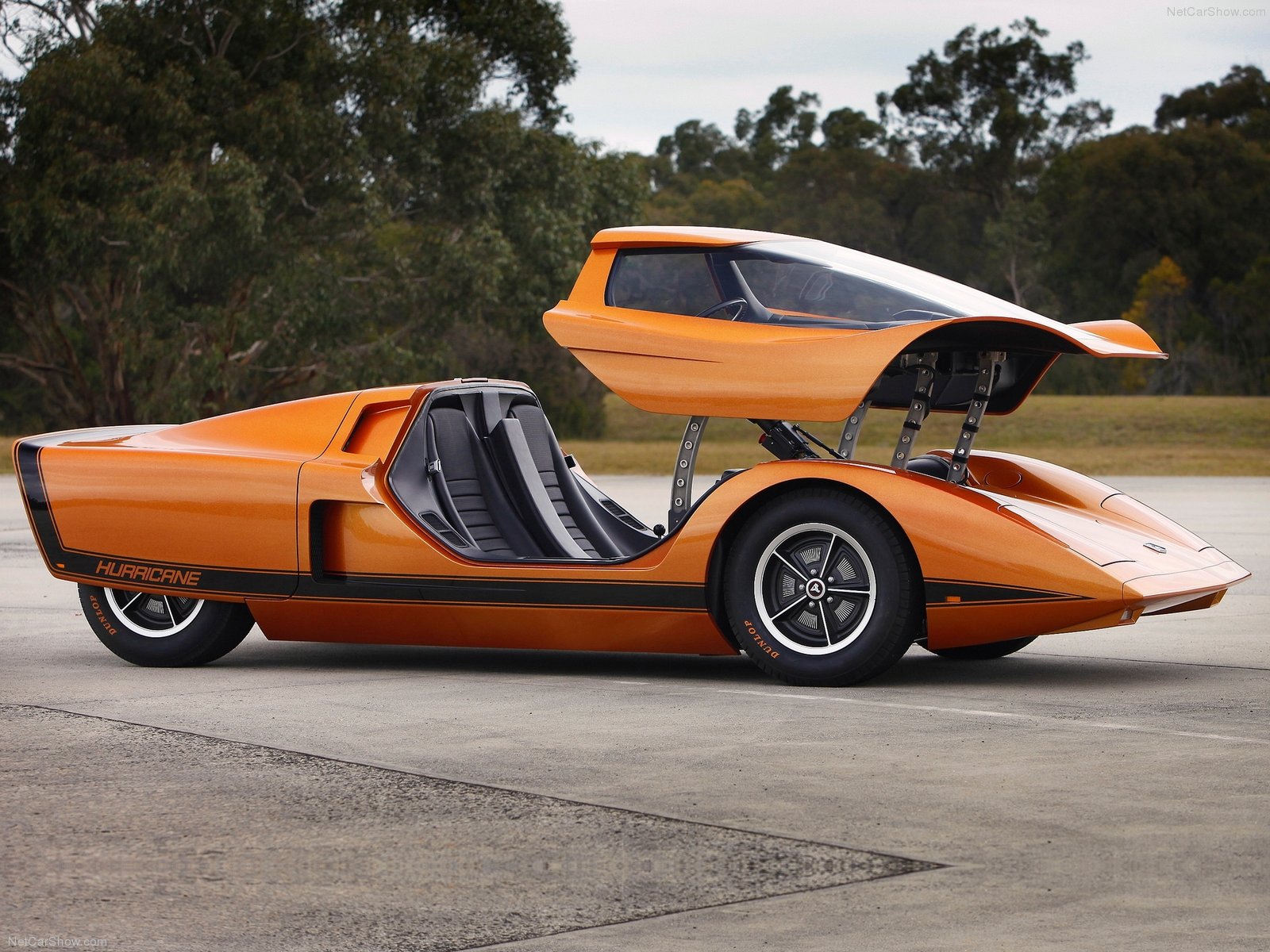 A canopy, along with the seats, rose to welcome driver and passenger

The Hurricane’s dimensions were radically low. Instead of conventional doors, a canopy rose up, along with the seats. One would step into the car and sit, then both seat and canopy would lower into position for driving. It was tight fit; the car was only 996 mm (39.2 inches) high, lower than the Ford GT40. 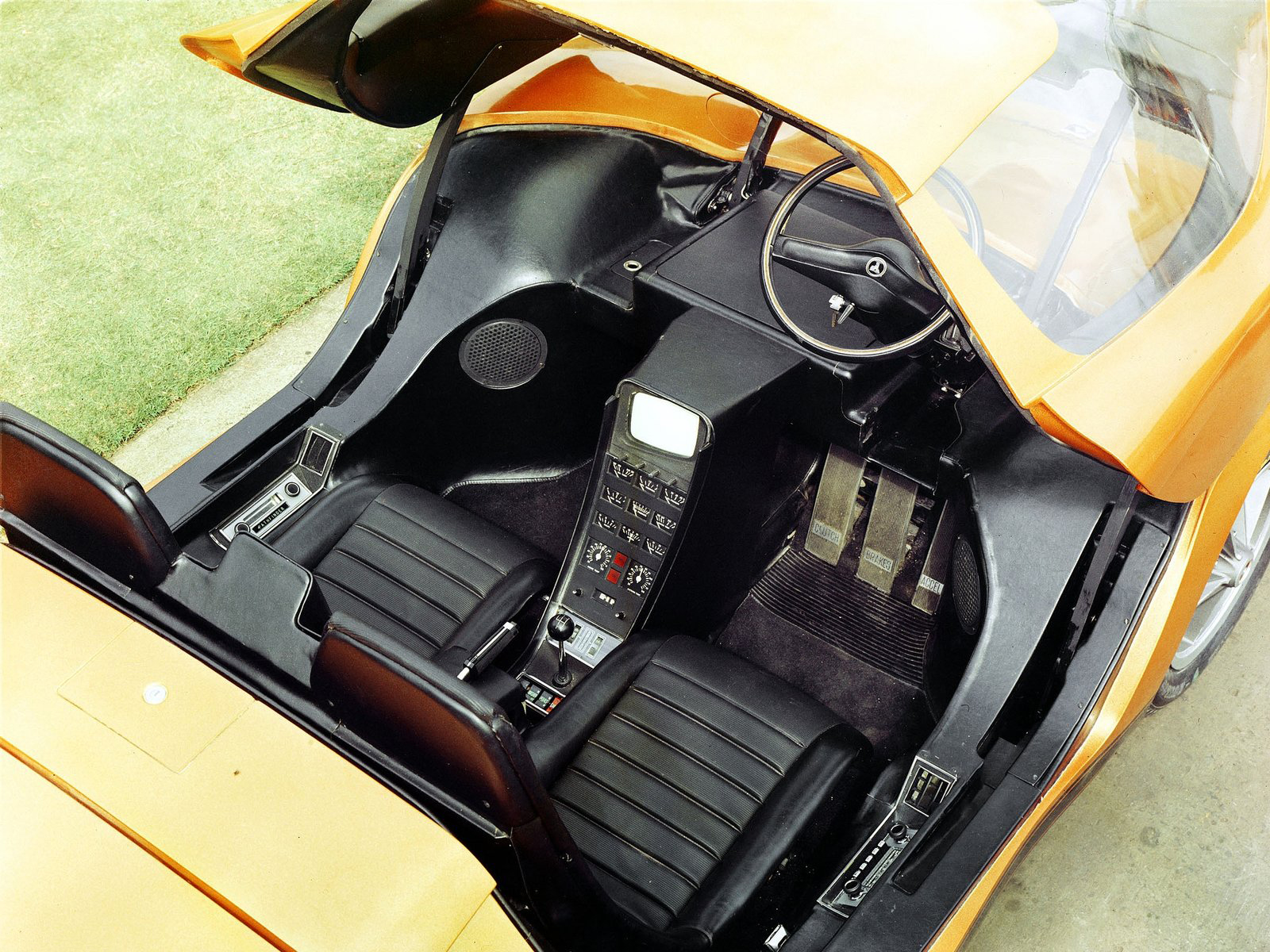 Once settled in the cockpit, there were space-age features awaiting the driver: digital instrument displays, one of first auto-tune radios, automatic air conditioning system called Comfortron, and a wide-angle rear view camera (a necessity as there was no rear window). The camera was connected to a closed-circuit television screen in the centre console. 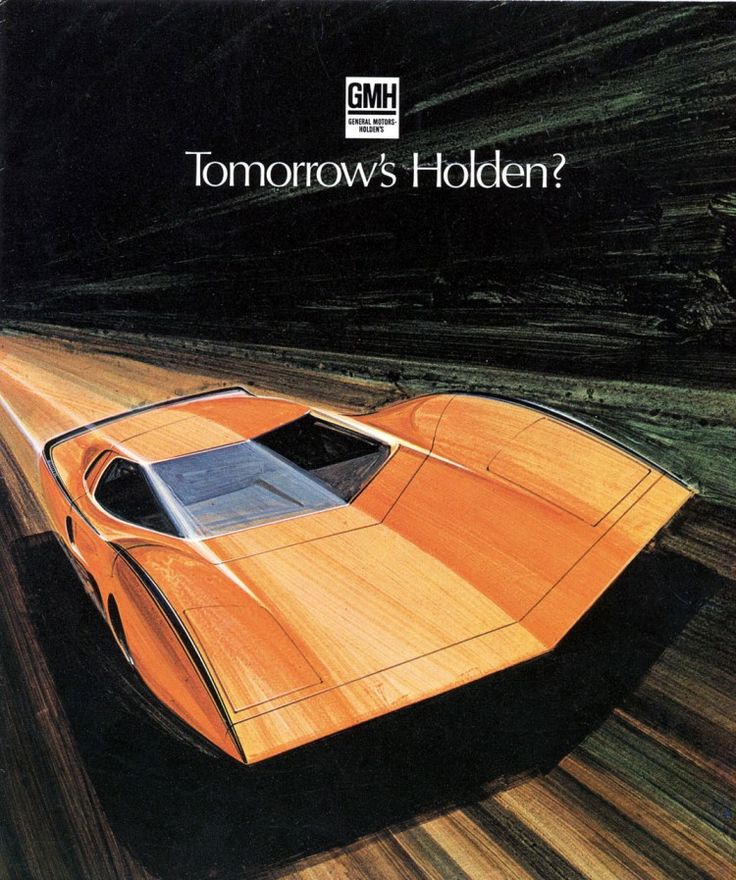 When the Hurricane was presented to the public at the Melbourne Auto Show, it was a smash hit. The Hurricane was featured on the front page of every newspaper in the country. It would tour the Australian car shows that year before doing another tour of selected Holden dealers throughout the country.

By then, the windscreen had cracked and the car was looking a little worse for wear. The Hurricane was packed up in its shipping crate and placed in a Holden Technical Centre warehouse to await repairs.

Conceived in America, Born in Australia 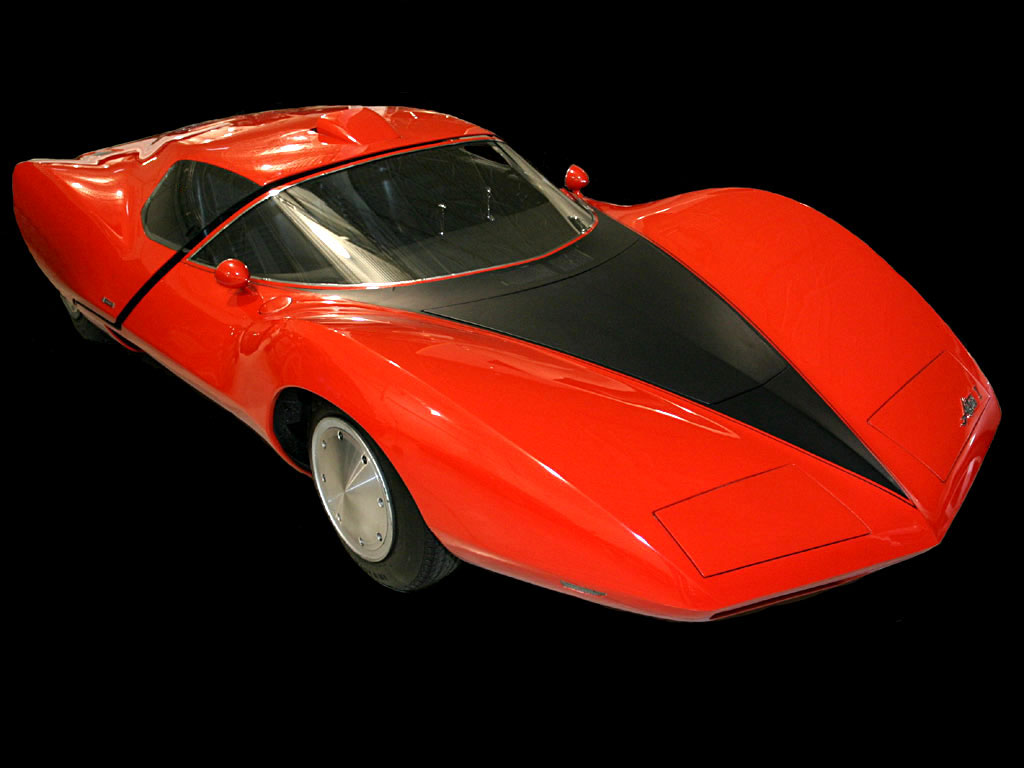 The Hurricane was developed at GM studios during a remarkable period of creativity at GM. Bill Mitchell, the Vice President of Design, was at the peak of his career and had a stable full of sharp designers who produced some remarkable results during the 1960s. 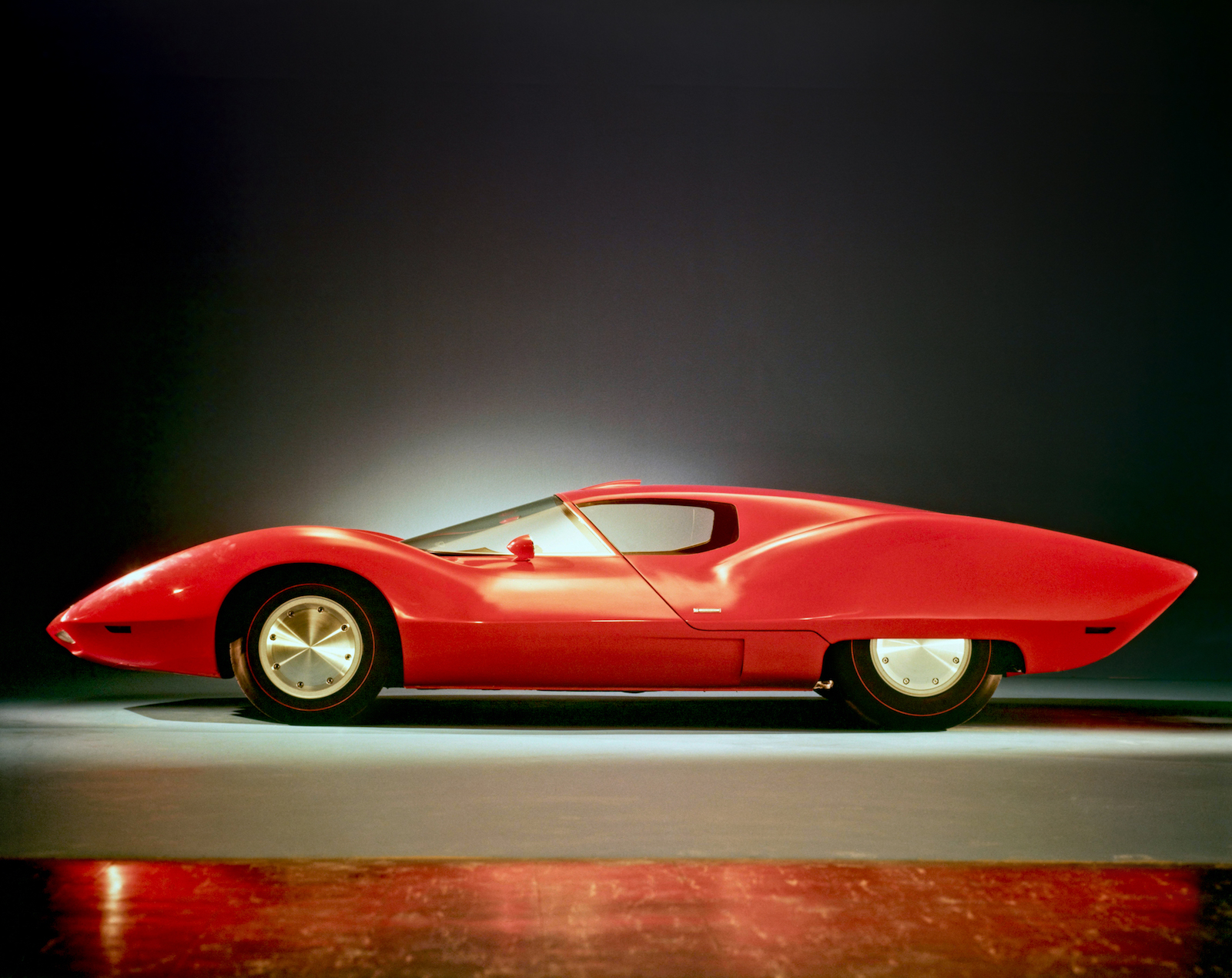 At under a meter high, the Astro looked long and muscular

The spiritual ancestor to the Hurricane was the Chevrolet Astro I, a rear-engined coupé that advanced a series of remarkable earlier Corvair concepts which were highly influential across all GM divisions. The Astro was styled by Roy Lonberger and, like its Aussie descendant, sat remarkably low at only 902mm (35 ½ inches) high. Also like the Hurricane is that one entered the Astro by sitting on raised seats which then lowered with the canopy into a travelling position. 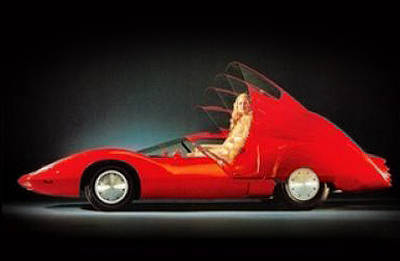 Like the Hurricane, one sat in the seat and was lowered into the cockpit

The original designer of the Hurricane itself was a subject of debate for decades, as designers were travelling back and forth between Detroit and Australia. It seemed clear that early design development was done in Michigan, up to the development of the scale model, but who drew the first idea sketches?

Motor Trend magazine in a 2013 article managed to have GM archivists dig up documents from both Michigan and Australia, and after an extensive search of photo records, found a signature on an early drawing: “KGenest” 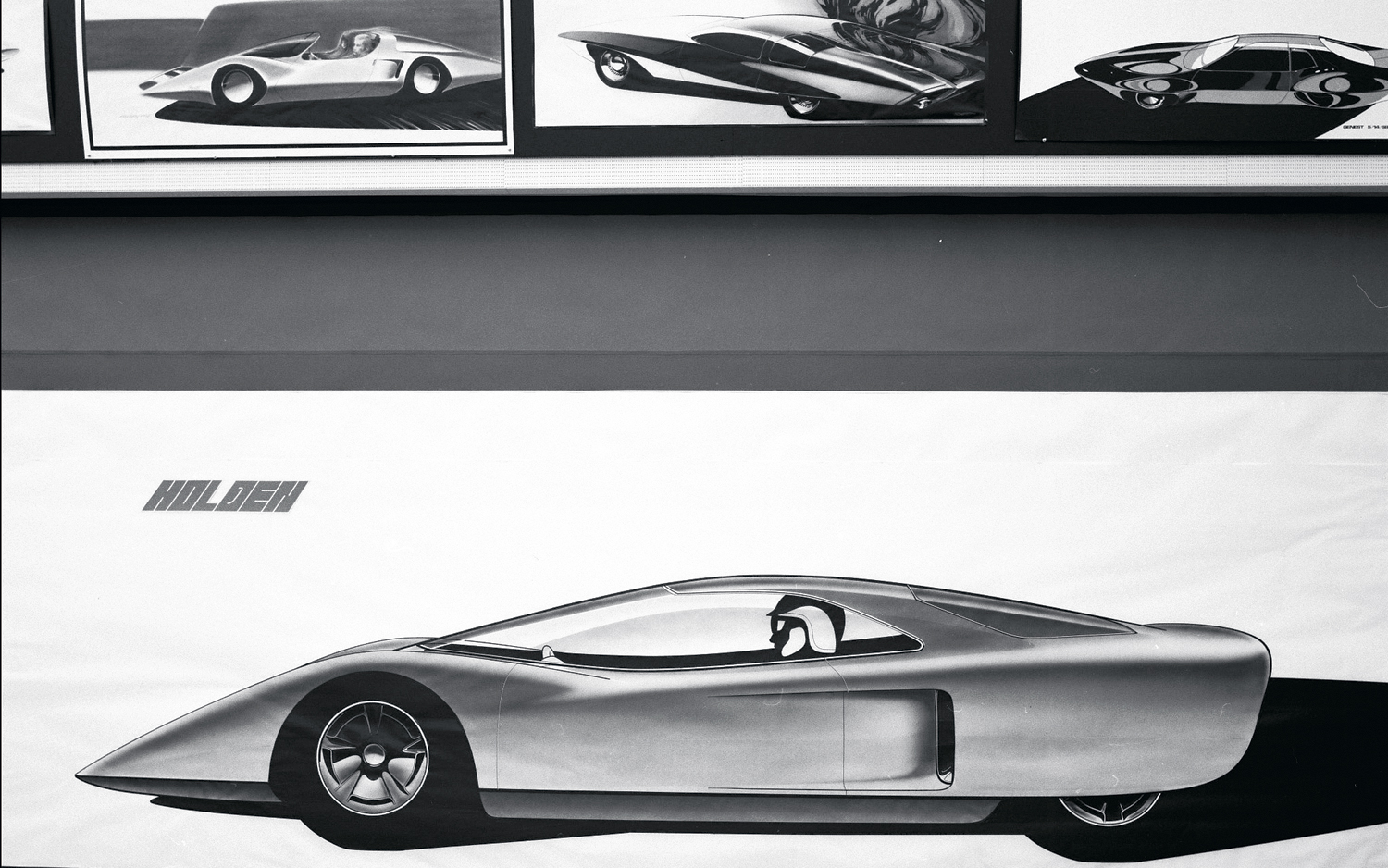 The designer apparently was Ken Genest, a Corvair stylist who was working in one of the GM advanced design studios. Located by Motor Trend, Genest, retired and in his 80s, remembered the drawing as his – although he didn’t remember it being for the Hurricane. 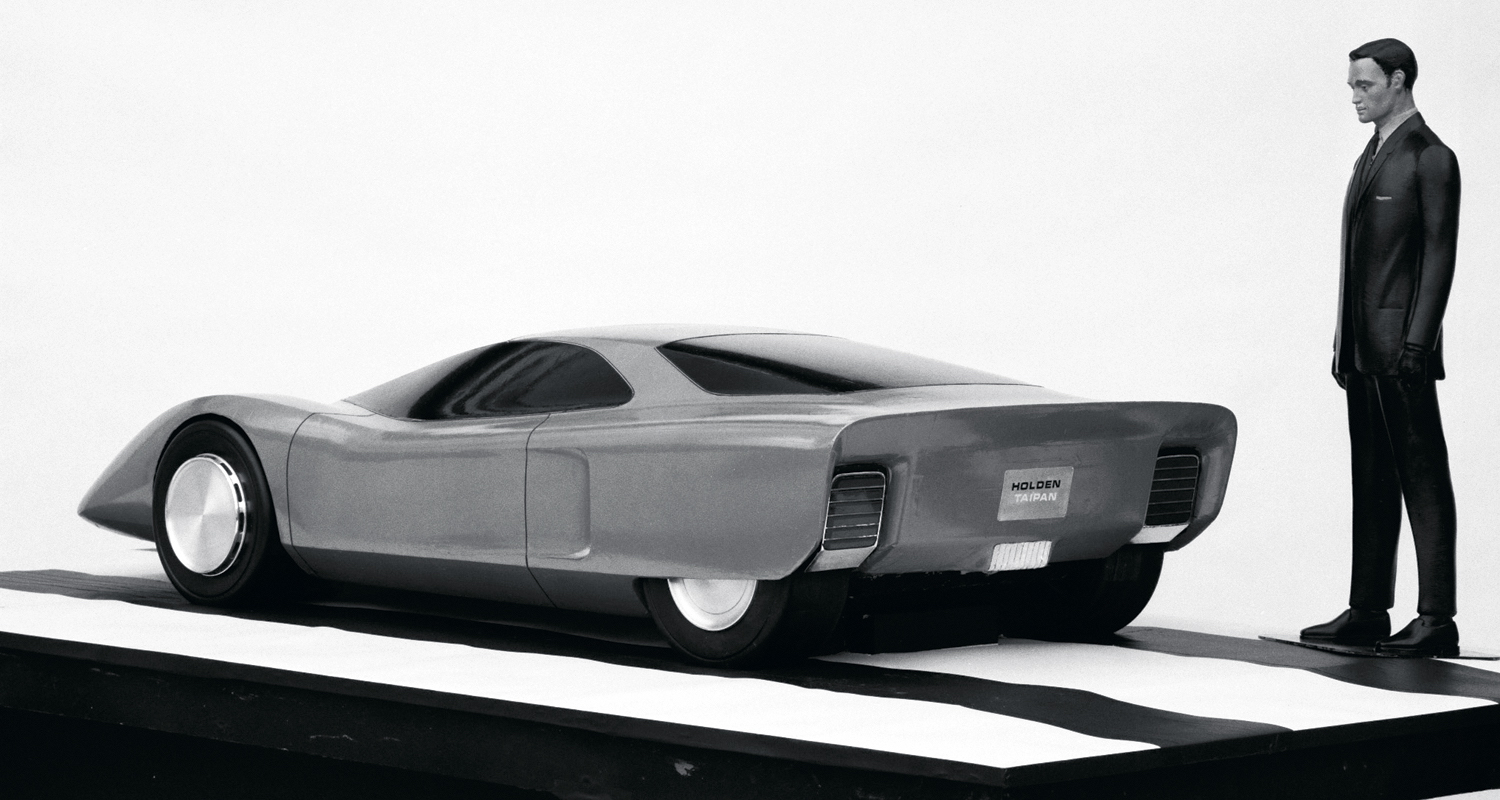 The scale model developed from the drawing said Holden on the license plate, but also “Taipan”, reportedly a favourite car name of Bill Mitchell’s (Taipan is a type of highly venomous snake found in Australasia; the name was never used).

Soon, the drawings and model were on their way to Australia, to be developed by designer Don DaHarsh and his team over the next few months into the full-scale prototype that would be presented to the press late one summer morning in 1969.

A Long Hibernation and A Glorious Rebirth 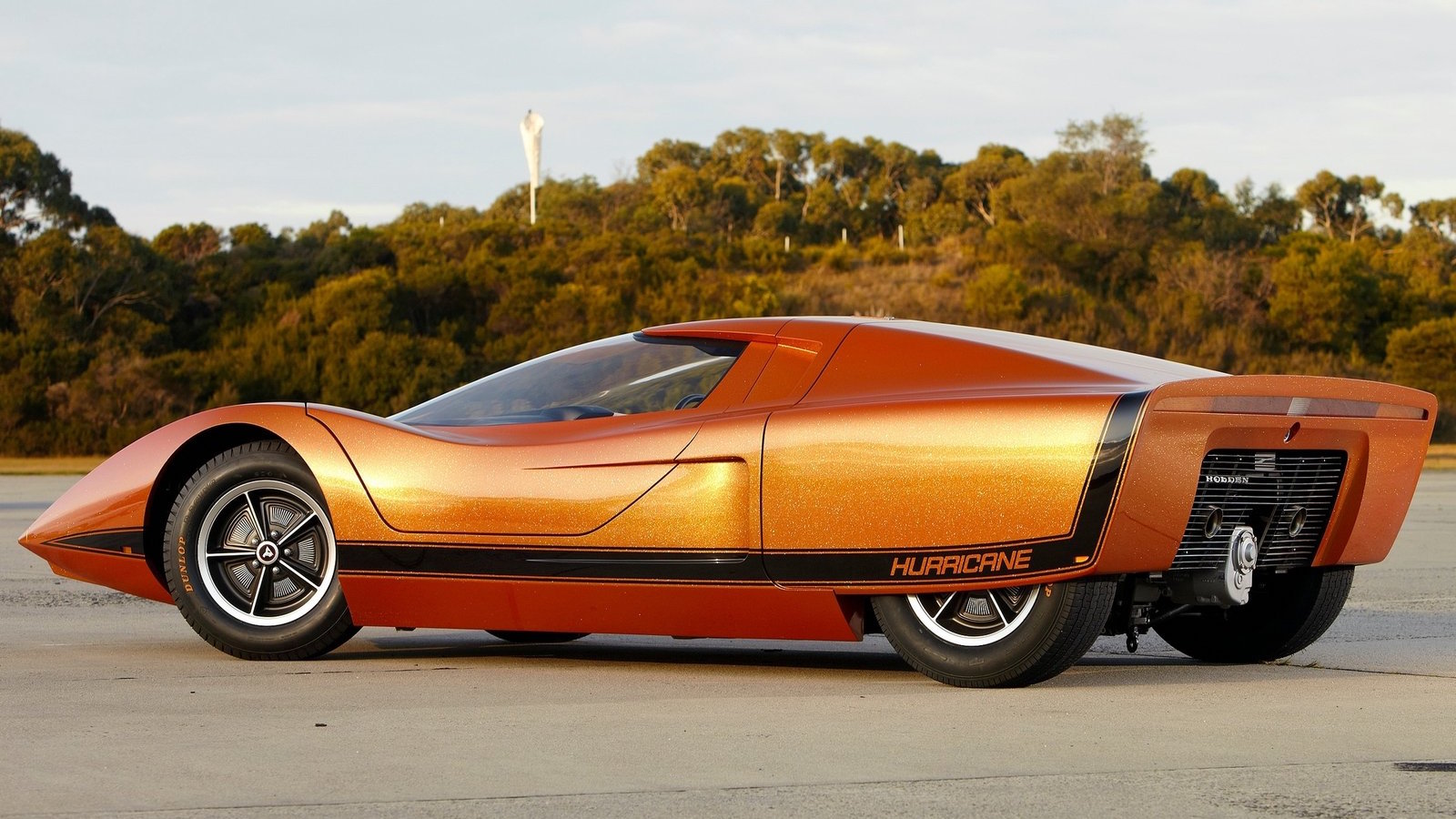 After its tour of Australia, the Hurricane sat in Holden’s warehouse for what was anticipated to be a short duration – just a few weeks – while resources were gathered for a quick refurbishment. The wait turned out to be decades. The Hurricane sitting in its shipping crate was almost forgotten. It was nearly scrapped twice and suffered a couple of ill-advised restoration attempts in 1980s and 1990s.

Finally, Holden deemed it worthy of an official restoration and in 2006 work began. As luck would have it, Ed Welburn, then GM Vice President of Global Design, happened upon the project during one of his visits to Holden. 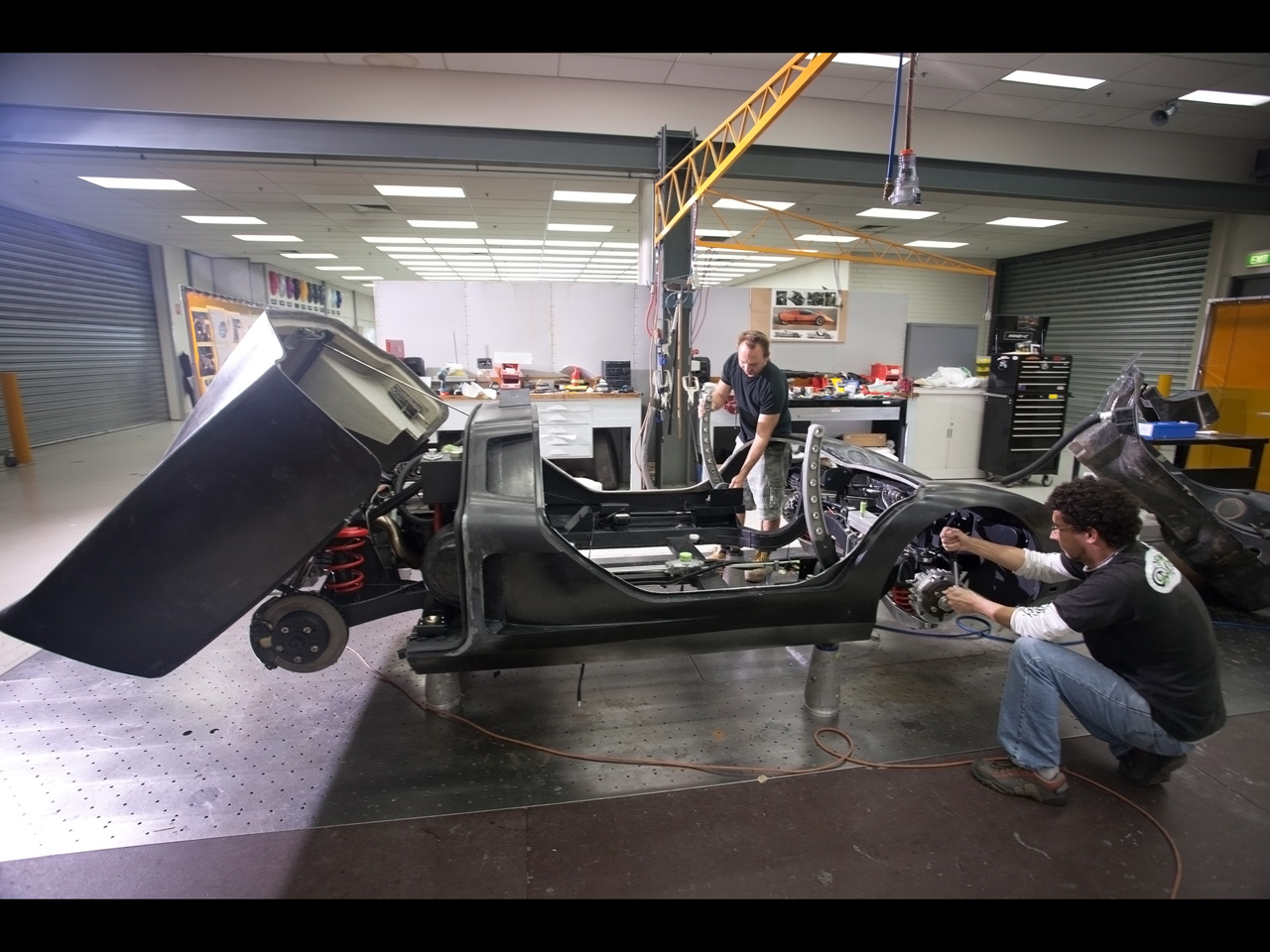 “I was so excited and immediately asked if it was the Hurricane,” Welburn would later recall “As an 18-year-old at Howard University (Washington, D.C.), I saw a photograph of the car. It was one of the inspirations that led me to car design. When I realized what it was, I told the guys we’ve got to restore it.” 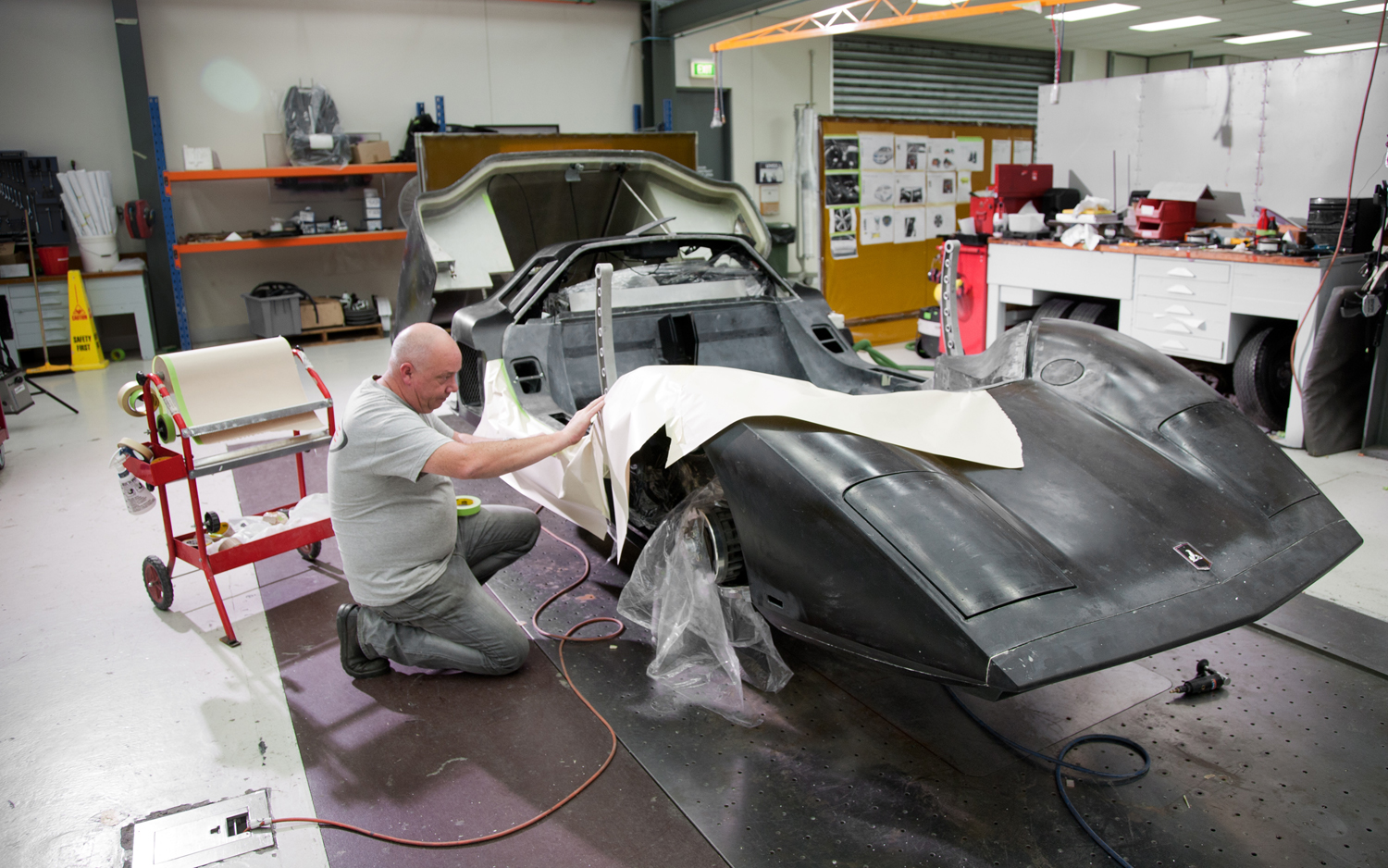 With Welburn’s considerable influence at GM, both in Australia and in the US, resources suddenly became available to restore the car. It was a good thing too, as the Hurricane was in poor shape, to say the least. The engine and wheels were gone, while multiple other parts, including all the instrumentation and rear-view camera/TV system, had been pilfered over the years. The epoxy body, despite being shut away, had not endured the decades well. 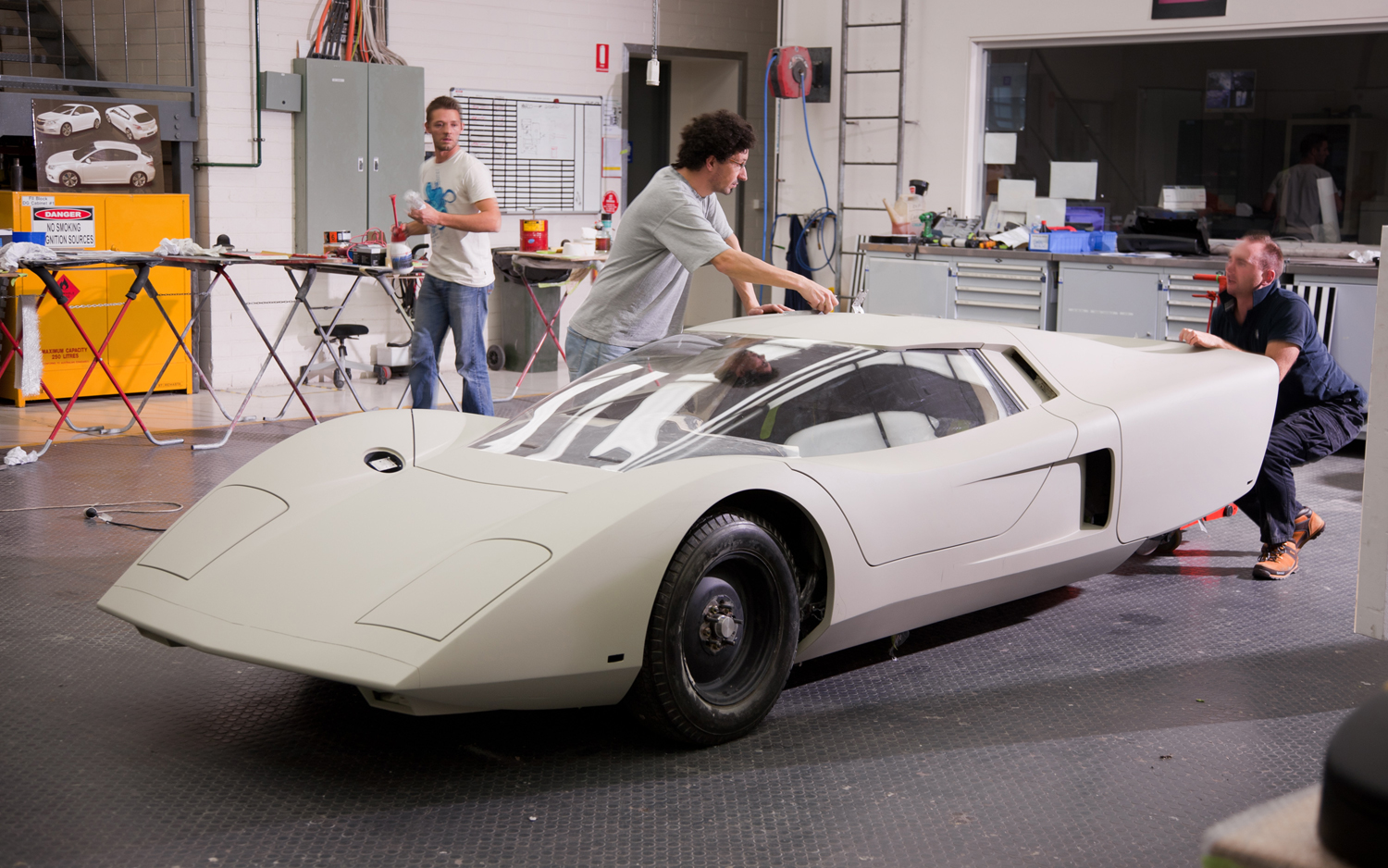 The Hurricane had to be largely rebuilt with new parts

But with resources available and news that the restoration was finally underway, personnel originally assigned to the project began to reappear to lend their experience and knowledge of the car. Paul Clarke, of Holden, managed the restoration process and told the press, “It’s amazing what comes out of the woodwork. Guys in engineering would come in and say, ‘My dad worked on that car.’ And when you question them, they give you another lead to follow up.” 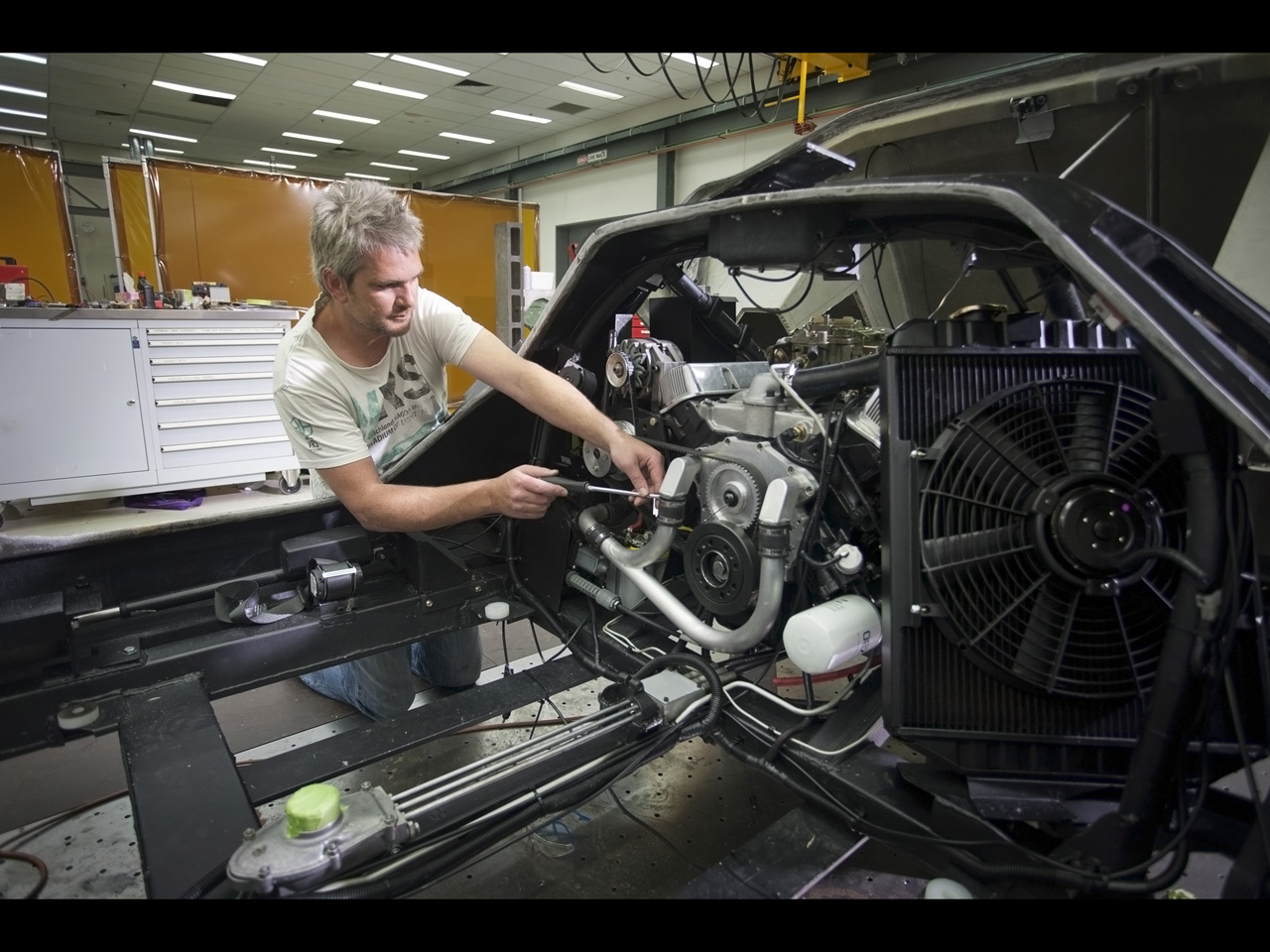 Don DaHarsh, long retired, emerged to give critical advice on the transformation from model to prototype – an extensive process that modified the original concept in significant ways. Original technical drawings and photographs were also consulted. Many parts were recreated using modern materials and techniques. 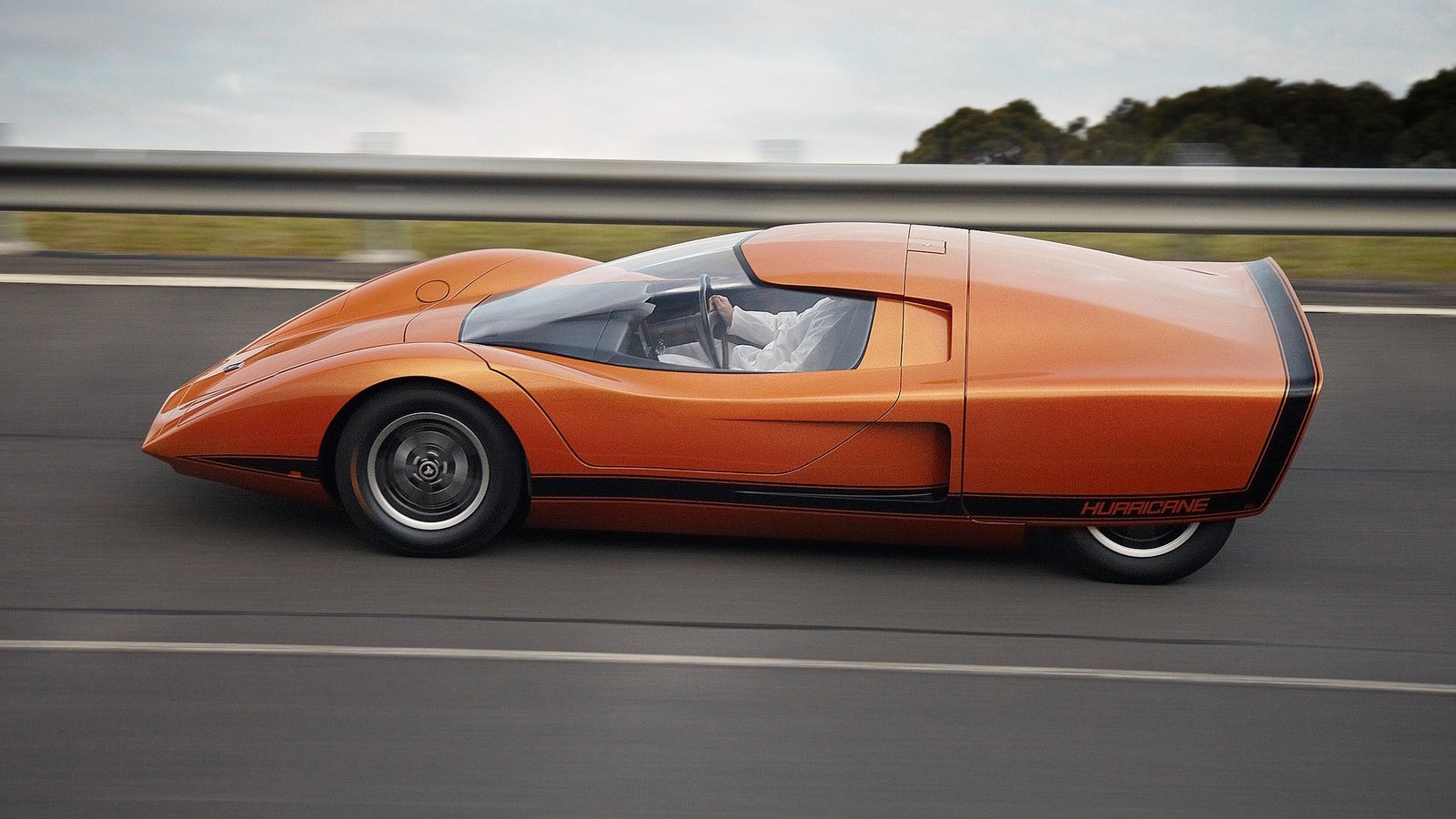 The Hurricane – an underrated classic of its era

The Holden Hurricane was an advanced design that may seem typical of the early wedge era, but actually preceded some of the classic designs of those years. Consider that the Hurricane preceded the Mercedes C-111 by six months and that the Stratos Zero, Ferrari Modulo, and the Vauxhall SRV did not appear until 1970. This makes the Hurricane one of the earliest wedge designs of the era. It remains fresh and futuristic to this day. 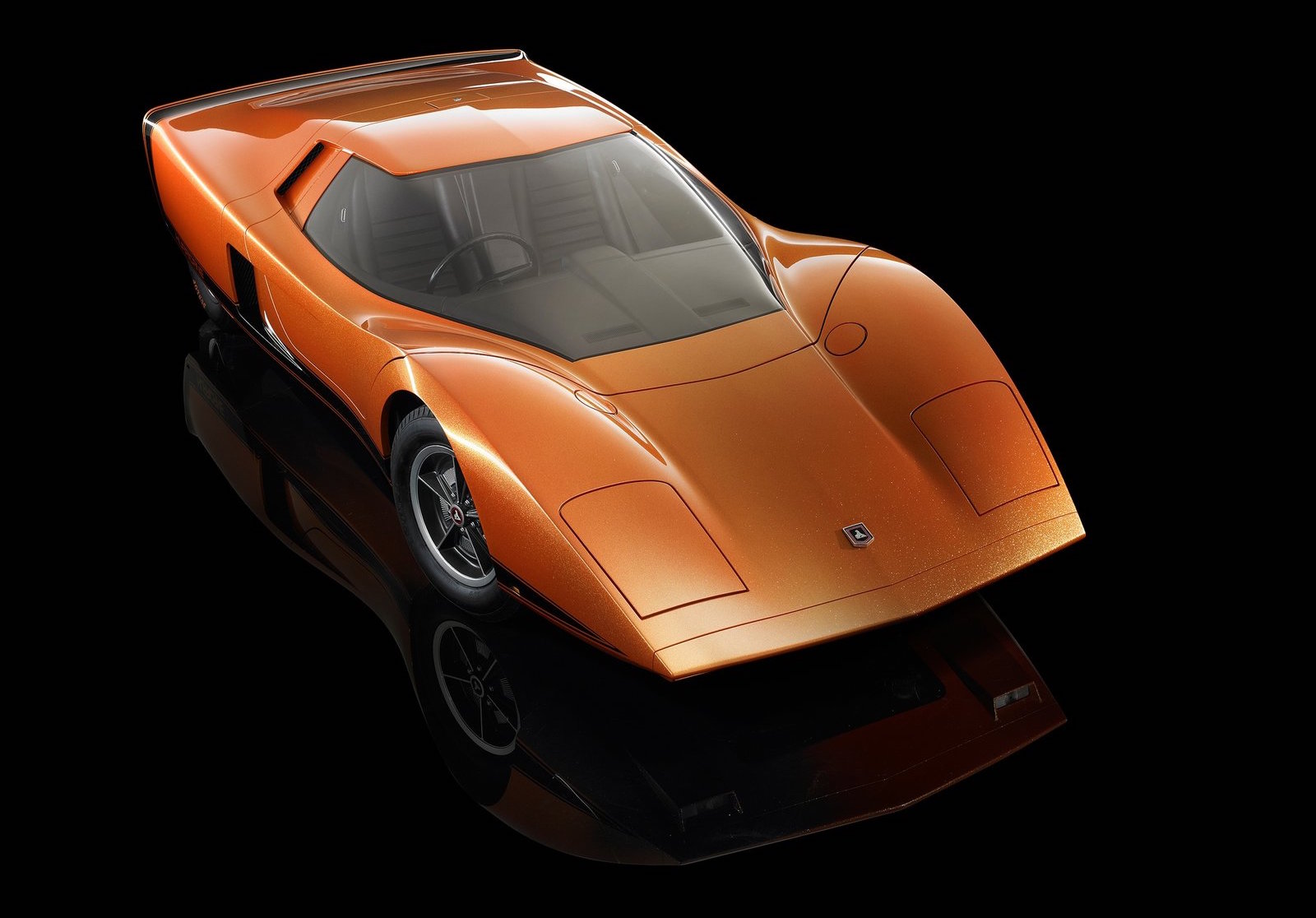 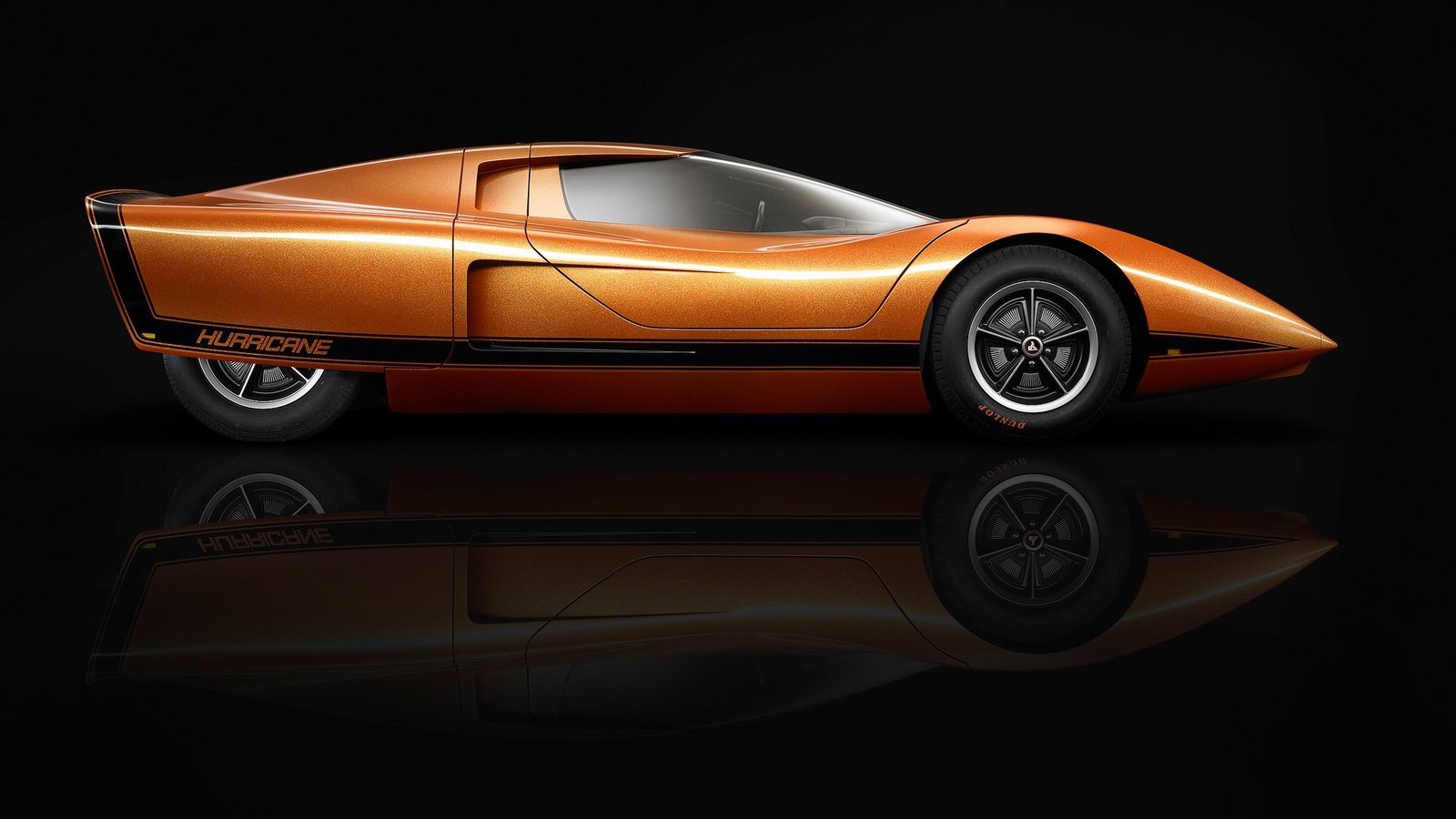