When a young GM designer named Wayne Cherry was asked, in 1965, to travel to the UK for a temporary assignment at Vauxhall, he eagerly accepted the invitation. In addition to automotive design, Cherry was an avid racer, and longed to see some of the legendary European races in person. It seemed like the perfect opportunity. 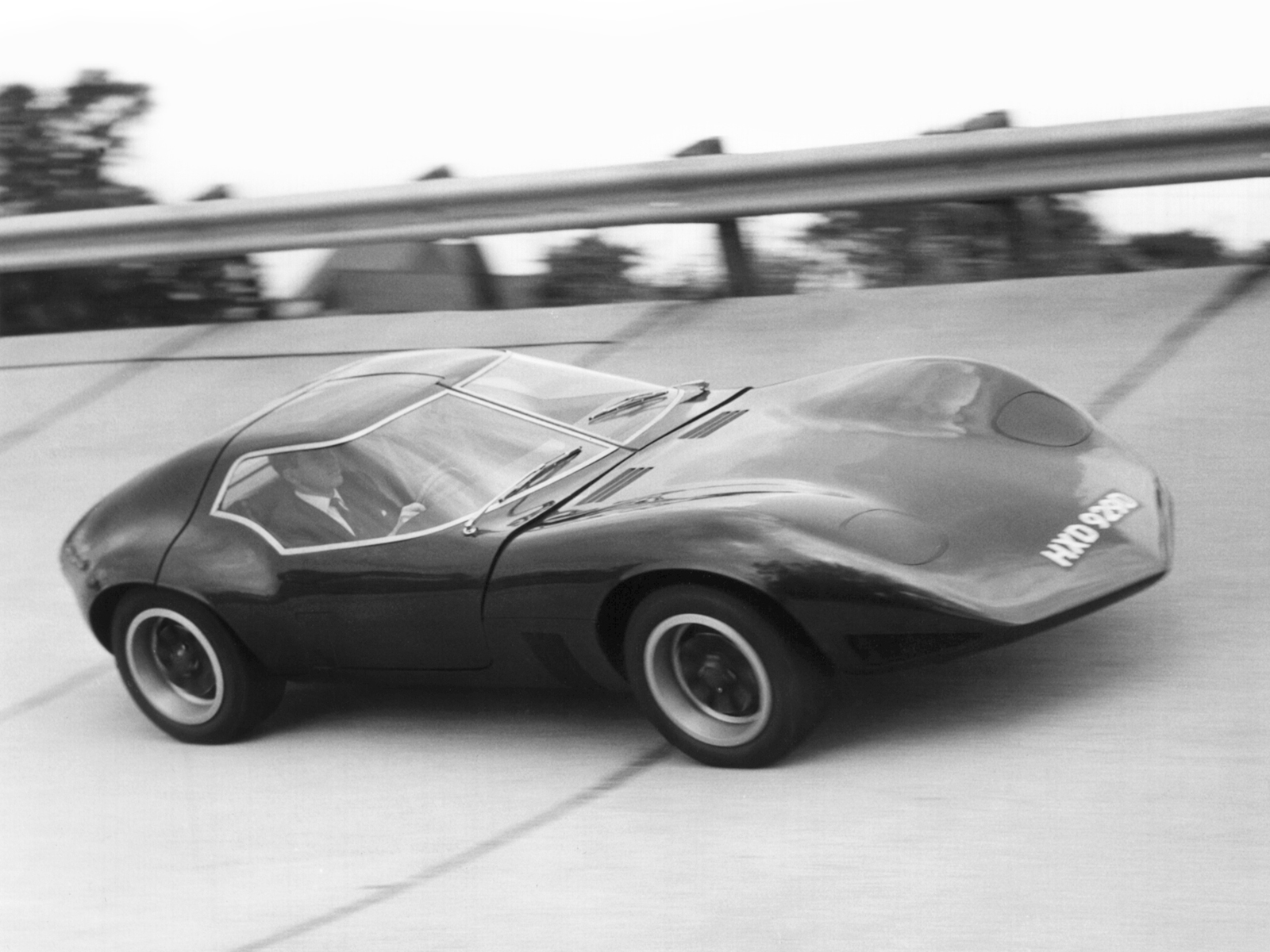 1965 Vauxhall XVR – very cool, but a little too much like a Corvette

It was perfect opportunity for Cherry’s design career as well. Although Vauxhall was a small planet orbiting the white-hot centre of the GM design universe, it had just opened a new Design Centre and there was opportunity to take on roles that he might have waited years to assume back at GM’s Technical Center in Michigan.

One of these, presented immediately, was the opportunity to design a concept car for Vauxhall, a curvaceous sports coupé called the XVR. The XVR, of which three were built, was a big hit on the show circuit and raised Vauxhall’s profile considerably. Still, the XVR was introduced at the time just after the Corvette Mako Shark, Opel GT and the limited production Chevrolet Cheetah – the similarities between the cars could not be denied.

Cherry longed for a chance for his team to produce a concept vehicle unique to Vauxhall. He got his chance when his European tour of duty was extended, so he and his team designed the Styling Research Vehicle (SRV).

Years later, in an interview, he spoke about the design process of the futuristic SRV:

“From the outset in 1969 we wanted to look at a different form of styling vocabulary, something radical,” he explains. “I wanted to push the boundaries and do something unexpected. Most designers love to create two-seater sports cars, while this model is more about packaging.

“Another critical criterion was its proportions, especially the extended rear. We wanted to experiment with a whole new design ethos, which made it much more angular and revealed how far advanced we’d become since producing XVR." 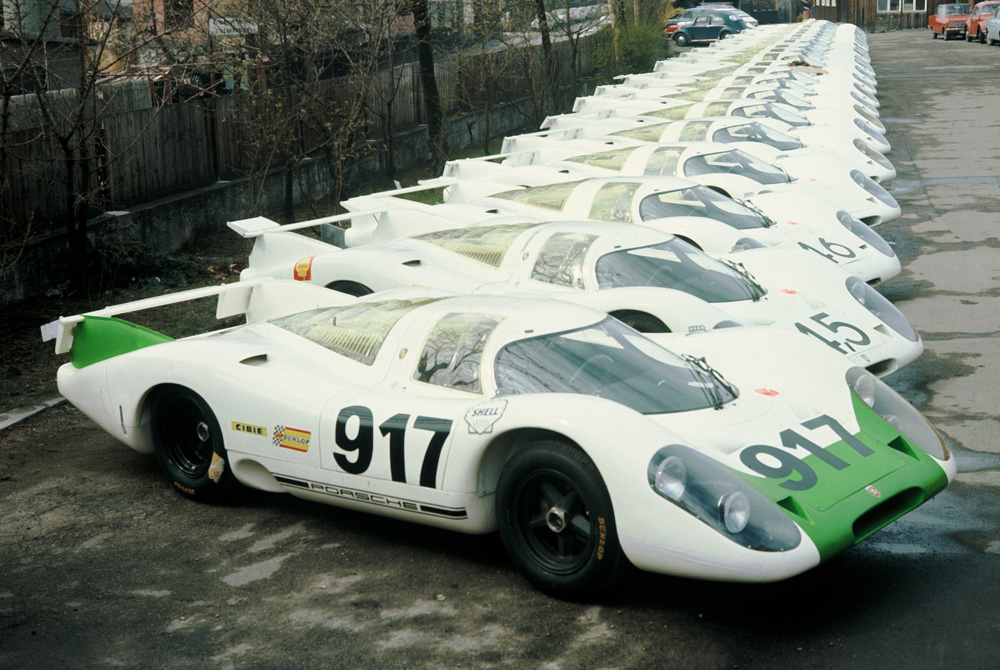 “In addition to myself, the two key people involved were John Taylor and Chris Field. I think what influenced me most when I designed the SRV was the Lola T70 [see the red car in the gallery above] and the long-tailed Porsche 917s that raced at Le Mans in 1969. I thought that those cars were extremely exciting and would provide the inspiration to do something markedly different.

“But, this was very much a concept vehicle into which we added a fair amount of futuristic technology. Almost every day someone on the team would walk in and say: ‘Listen guys, I’ve got this great idea’.” 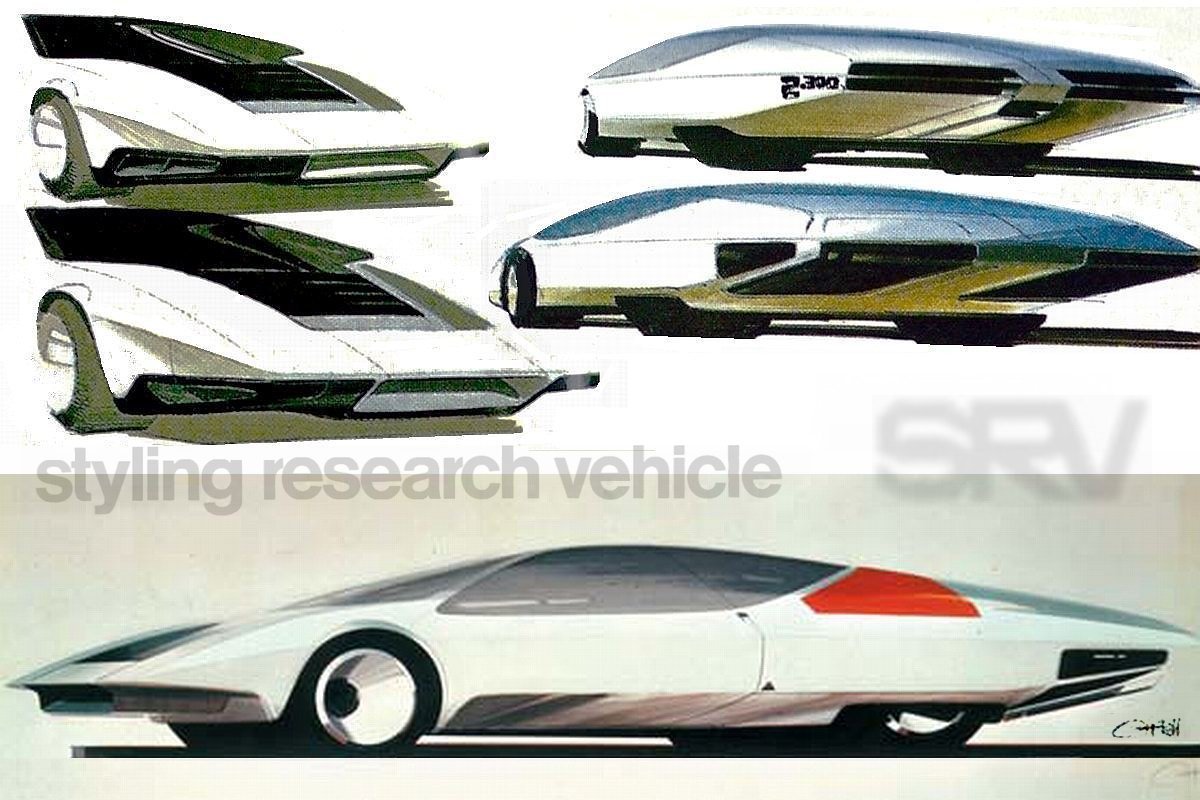 “In contrast to XVR, we did spend quite a lot of time on aerodynamics. We did some calculations and development to ensure that not only was it visually futuristic, but the drag coefficient was as low as we could achieve. Significantly, the car could change its aerodynamic profile using an adjustable wing in the nose section.”

Operated by a pedal from inside the car, the tilting front spoiler was intended to complement the electrically operated height adjustment for the rear suspension, which is responsible for giving the car its aerodynamic efficiency. 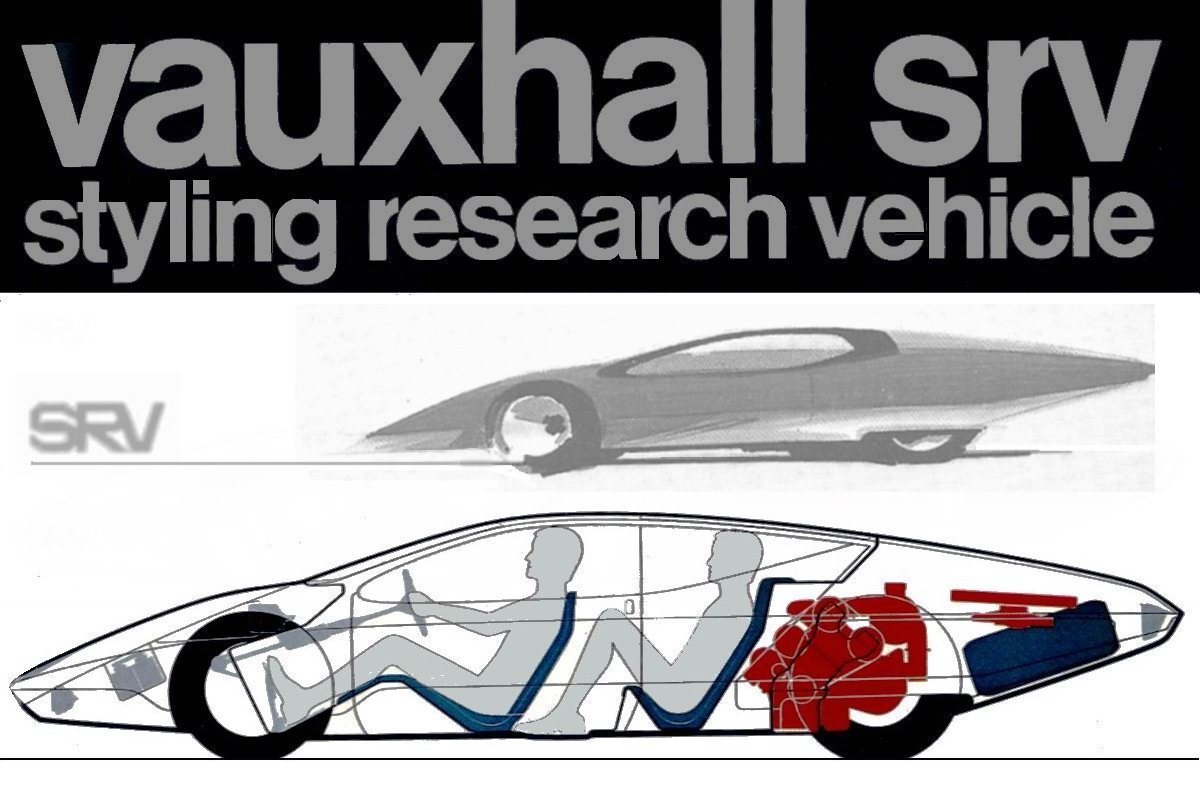 Tape drawing of the SRV showing packaging. The rear seat was for gymnasts only. The engine was envisioned as Vauxhall’s slant four

The challenge was to build a four-seater sports vehicle just 41 inches high. “What made this possible was the introduction of mid-engined technology, which enabled us to move the driving position forward,” he acknowledges. “And this provided the space we needed for the rear seats.”

“As before, I produced a full-size tape drawing to enable me to visualise the streamlined, elongated appearance, essential to the look I wanted. This was done over a developing package drawing.” 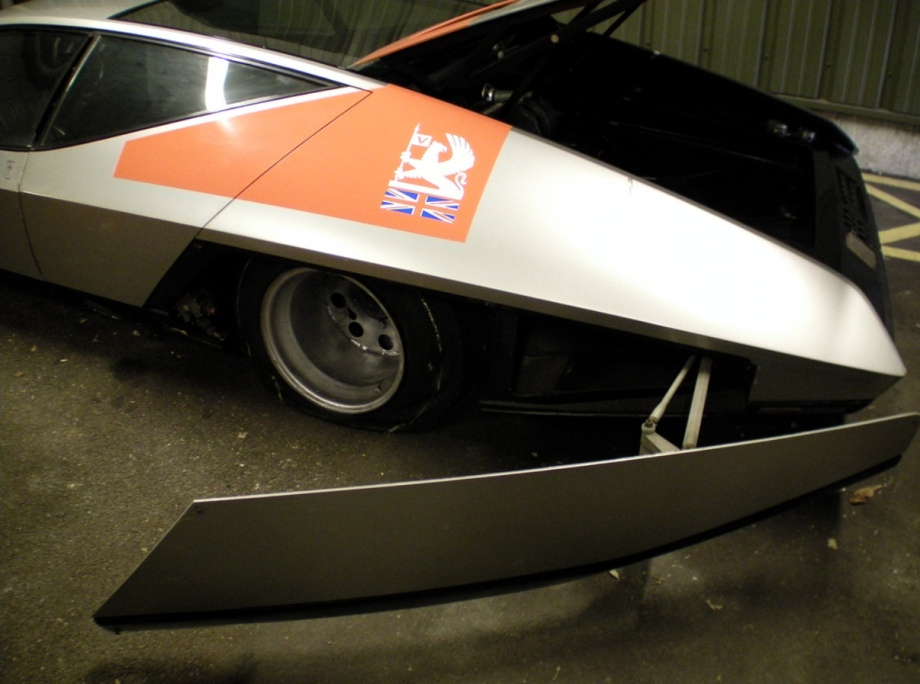 “The side graphics also evolved while I was doing the tapes, the angular orange/red shape following the line of the rear window. The rear doors, which have novel hidden exterior handles, are hinged so they open rearwards and complement the conventionally hinged front doors,” he added. 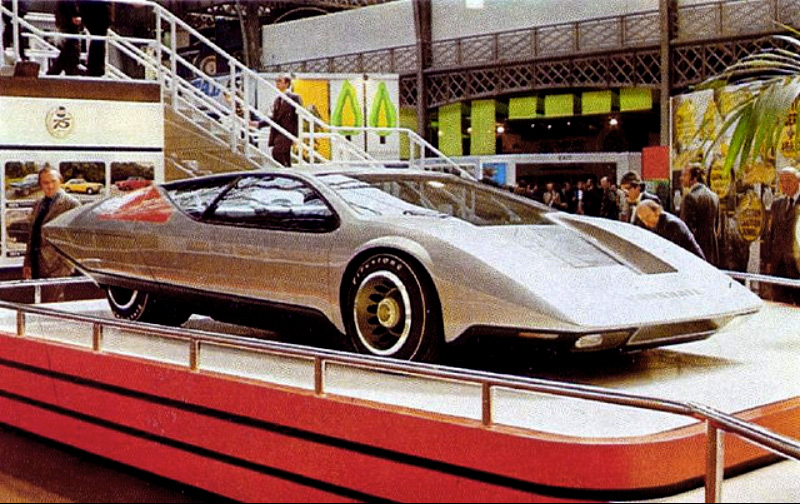 When the SRV was introduced at the Earl Court Show in 1970, it was a smash hit. Attendees couldn’t believe this sleek car was the product of the Vauxhall design staff. The Vauxhall Viva, newly refreshed for the 1970s, had to suffer by being placed next to the SRV stand, making the crisp new sedan look frumpy and retrograde by comparison.

Visitors marvelled at the shape of the SRV and the futuristic cockpit with adjustable instrument binnacle that projected from the driver’s door. The four bucket seats look like seats in a space capsule, and rear seats seemed designed for gymnasts and contortionists, even with the rear doors to ease access. 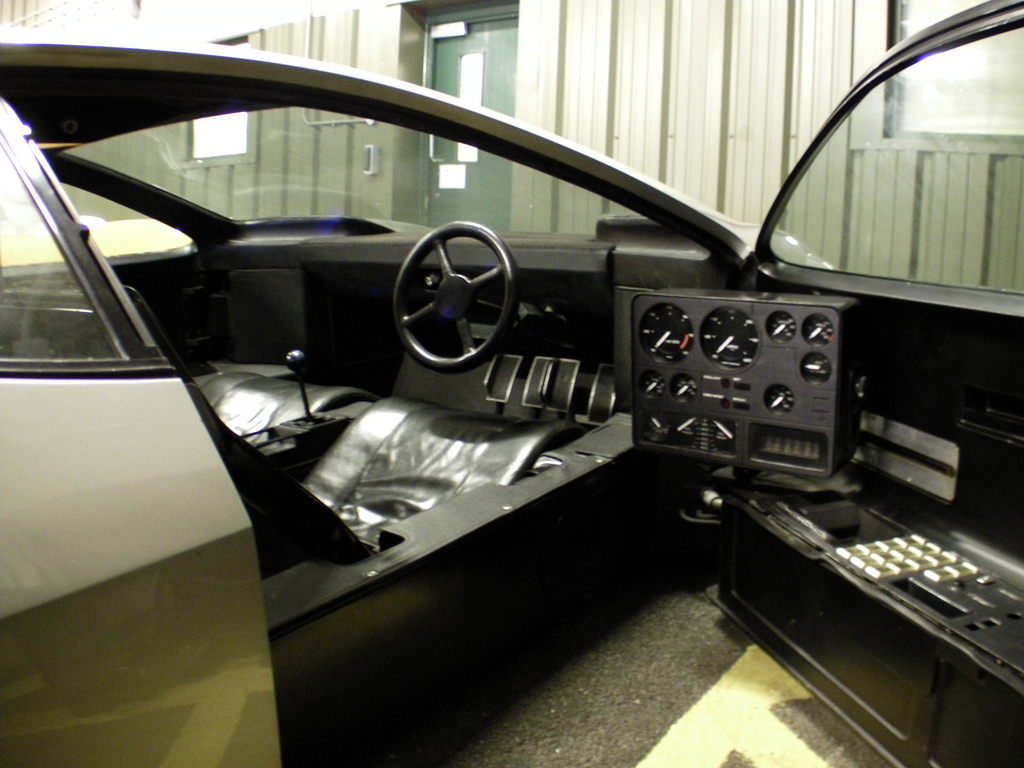 The car sat only waist high at 41.5 inches tall, (just over a metre) and extended for five metres in length. The rear overhang was longer that the car’s height. The rear hatch opened to reveal what visitors hoped might be an exotic powerplant. In fact, it was a disappointing, standard Vauxhall slant-four engine – and a dummy at that. In fact, the whole car was a full-scale model. There just wasn’t the budget for a working car. 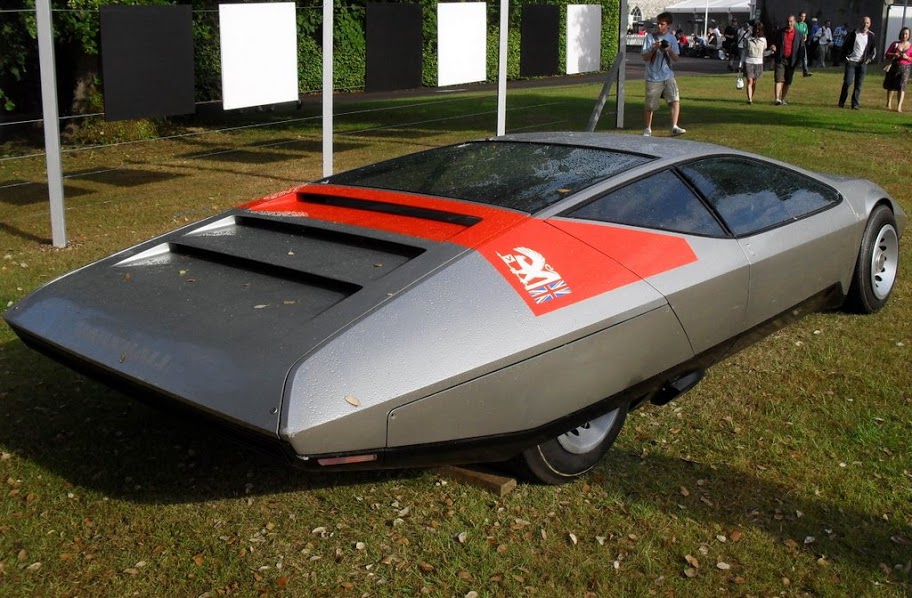 The SRV travelled to Paris and was a regular at car shows in Europe for a couple of years. In the meantime, Vauxhall concepts would be limited to special editions of the Viva or the sporty Firenza for a while. Then, in 1978, Cherry, Taylor and company struck again with the Vauxhall Equus, a wedgy front-engined roadster that would become a Wayne Cherry favourite – in fact, he personally owns the car. 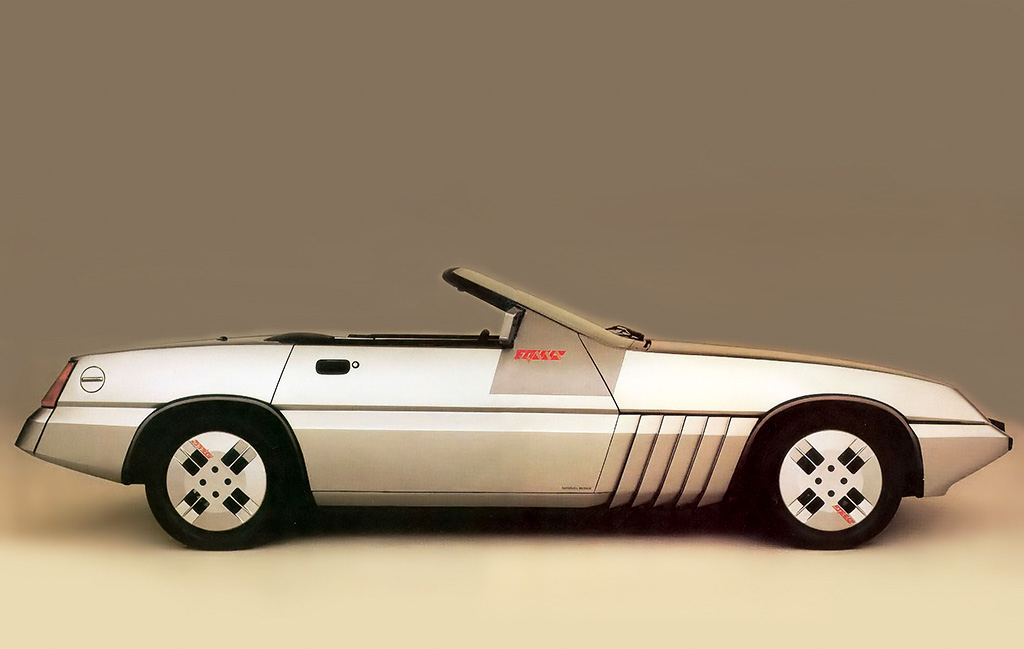 The SRV was retired to Vauxhall’s Heritage Collection and can be seen at Concours and motor shows mostly in the UK. As for Wayne Cherry, an assignment that was supposed to last a few months ended up extending to 26 years. He would later recall:

“Moving over to Vauxhall at such an early stage in my career, I was given an enormous amount of responsibility there – it would have taken me years to get that same amount of responsibility here in the States. The first program I was involved with as lead designer, under Assistant Director of Design Leo Pruneau, was a two-seat concept sports car called the XVR, which was shown at the 1966 Geneva Motor Show.

“We worked on the exteriors and interiors of cars, and also on trucks, buses, vans, inter-city coaches, airport support vehicles and military vehicles. As an education, the opportunity to have such diverse involvement in all these different kinds of vehicles was absolutely unbelievable.” 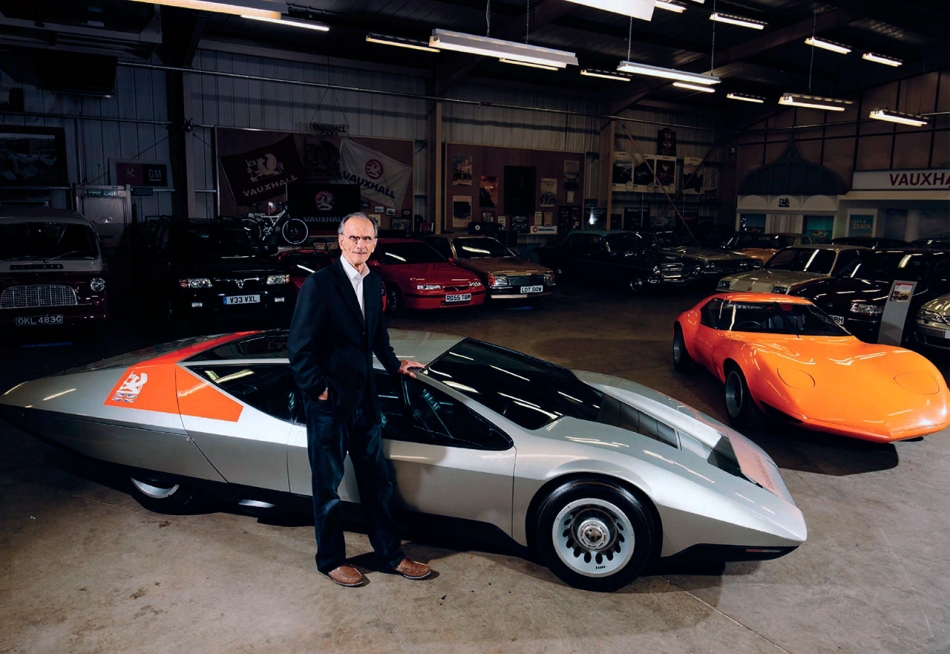 Cherry would become Design Director at Vauxhall in 1975, then Design Director of a consolidated GM European Design programme at Opel in 1983. He was brought back to GM in Detroit to lead the design teams at Chevrolet and Geo in 1991. Then, in 1992, he was promoted to Vice President of Design, succeeding Chuck Jordan. He remained at that post until his retirement on New Year’s Day, 2004. During those final years, he oversaw such concepts as the Pontiac Solstice, Buick LaCrosse and Cadillac’s Evoq and Sixteen, among many others.

Not a bad legacy for a “temporary” assignment.