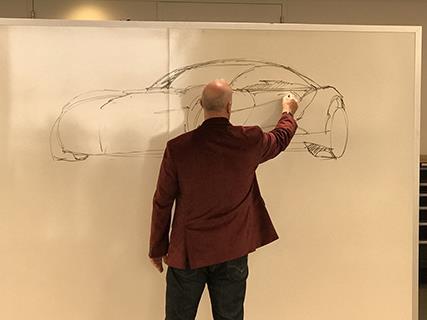 When Acura opened its standalone studio some 12 years ago, it was widely regarded as a singular event. Indeed, the grand opening was also called the “grand closing”, as attendees were told that they were among the lucky few to see the interior of the studio. But now, with a new generation of vehicles coming to the market, Acura decided to re-open the studio for, well, a second “grand closing”.

Car Design News was invited to Acura’s design studio in Torrance, California for a day-long tour and discussion with a number of the brand’s designers. The day was a celebration of the Acura design process as well as a studio tour.

Opening the day were Jon Ikeda, Acura VP and General Manager, and Dave Marek, Acura executive creative director. Before moving over to the branding/sales side Ikeda was previously a chief designer.  He began with a general discussion about what Acura is and where it stands in the larger Honda product ecosystem. 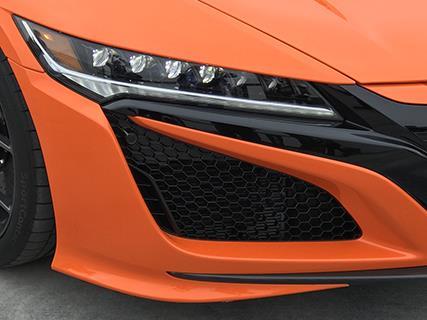 Acura, Ikeda explained, is the performance brand of Honda. Their tagline is ‘Precision Crafted Performance’, with an emphasis on performance. Luxury is also central to the brand, but with an emphasis on lightness, both in colour and spirit. “Luxury does not have to mean dark,” noted Ikeda, who also emphasised the brand’s youthful optimism and ‘challenger’ demeanour.

Ikeda then outlined some of the brand’s signature design cues. At the front, and central to the DRG, are the ‘Jewel Eye’ LED headlamps and diamond-hexagon grille, along with the stance and sharp angled character lines that draw the eye across the body. 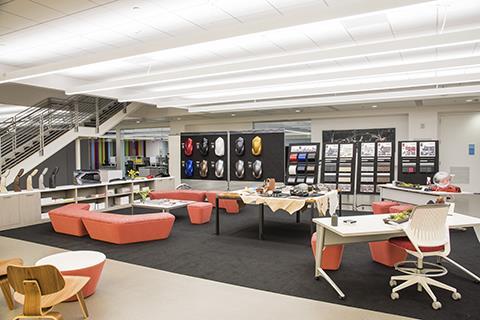 The floor was then turned over to the irrepressible Dave Marek, who used a white board to illustrate the ideas that Ikeda had previously outlined.

The ‘first floor’ is the body, which is sculpted to express Acura’s brand character and is completed with the critical details to bring the design to life. The diamond pentagon grille pulls the eye down to help ground the car. At the same time the angles sides of the pentagon draw the eye toward the corners of the car. The ‘Jewel Eye’ headlamps are gathered into arrow-shaped assembly that points the eye back along the flanks of the car.

Diagonal lines along the body flank express its length and dynamic character, but also ground the car by pulling the eye down to the wheel haunches, plus the wheels and tyres themselves.

The ‘second floor’ is the glasshouse, which is shaped with function and Acura’s form language in mind. The placement and angle of the A-pillars and the dash-to-axle ratio are critical in the shaping of this second storey.

The Precision Concept of 2016 introduced this design language at the NAIAS in Detroit. The Acura NSX supercar incorporated some of these design cues, but it was the new RDX crossover where these details and ideas found their first full expression in a completely new production vehicle. The Precision Concept, a new NSX, and the RDX were on hand for close inspection.

Marek then stepped aside allowed the guests to tour the studio and visit stations representing exterior design, modelling, interior design, CMF, and others, where senior designers explained the design process in more detail. 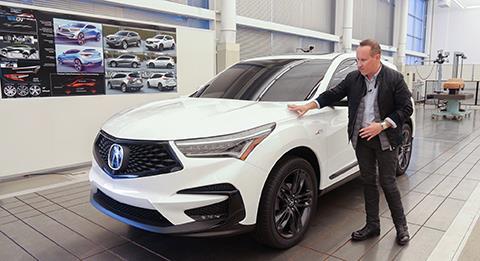 Everyone reassembled near the end of the day to join Marek as he revealed a vision of an Acura of 2020s. The specifics of that design remain secret, but Acura sees its vehicles remaining as driver’s cars, with the brand’s characteristic performance and luxury remaining the foundation of its design DNA and market placement. No cushy rolling lounges are in the works.

Finally, guests and hosts were once again shown Marek’s whiteboard sketch with an alternate expression of Acura’s design language, this time penned by Jon Ikeda. It is an expression of Acura that probably will never see the light of day beyond the studio – except at SEMA, perhaps. We present it below for your review: 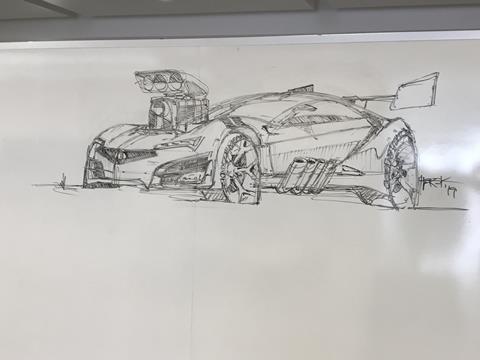