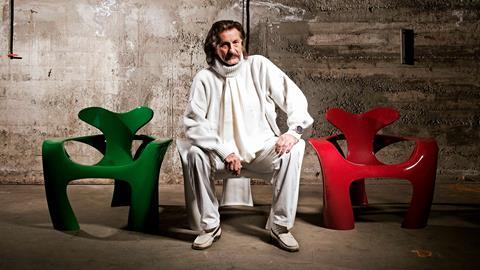 He was 91. His career spanned over six decades and included work with Fiat, Ford, BMW, Alfa Romeo, Lada, Abarth, Lamborghini, Mercedes-Benz, Canon, Yamaha and many others. His style was controversial, and his working manner and persona made him a challenge to collaborate with. His work itself speaks of a passion for design in the service of life – perhaps an eccentric life, but life nonetheless.

An early fascination, a remarkable career

Luigi Colani was Lutz Colani in Berlin in 1928. The ‘Luigi’ came along in the late 1950s when he was working with some Italian manufacturers.

He first grew interested in design at the age of three, when he spotted a Mercedes roadster belonging to a wealthy neighbour parked near his home. He was fascinated by the lines and curvaceous massing of the roadster.

He would later recall, “I remember standing behind this car, admiring the trunk, how nicely shaped it was, for an hour.” 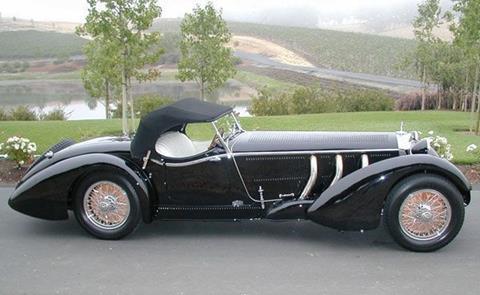 A sports car like this Mercedes SS inspired the young Colani

Still, automotive design was not his first love. The family live only 200 metres from the railway, and the young Colani loved to watch the high-speed trains streaking from Berlin to Dresden. Additionally, his family lived near the old Templehof airfield and the young Colani saw the most advanced planes, production and prototype alike, flying overhead – a source of continual fascination. 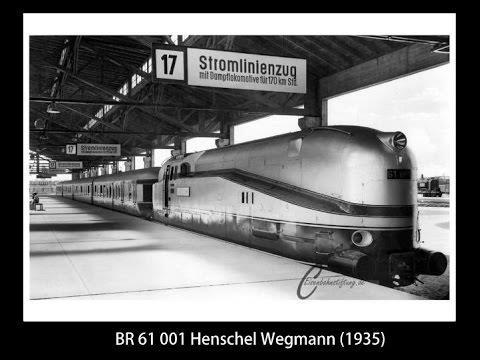 Colani’s family managed to survive the war in Berlin, witnessing some of the worst of the bombing, but also being spared the worst of British and American bombers, as they had managed to find housing at the edge of the city.

After the war, Colani would enrol in the Academy of Arts in Berlin studying sculpture and fine art before leaving for Paris to study at the École Polytechnique, where he took a particular interest in aerodynamics. From there he would study at the Sorbonne, and then off to a series of jobs; at McDonnell Douglas in California, Fiat, Volkswagen, Alfa Romeo and others. 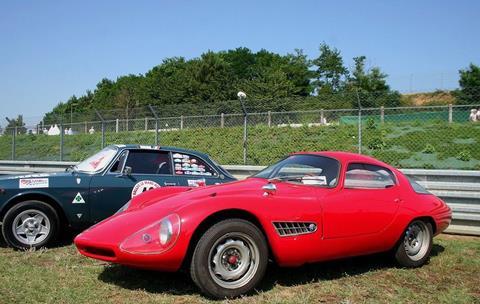 A 1958 project for Alfa Romeo and Abarth, made from two experimental Abarth 100 coupés that were wrecked in testing

By the 1960s he had expanded his interests into furniture and domestic environments, as well as interesting automotive creations. By 1970, he had enough steady work to create his own studio where he began to work with clients beyond Europe. His work in Japan for Canon in the 1970s and 1980s produced a number of fine cameras and other designs. 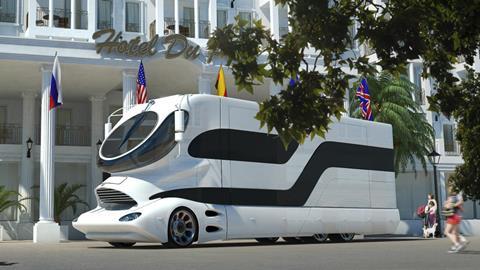 As his reputation grew over the decades he expanded his range of project types from the smallest fashion objects (pens, watches, glasses) to mega projects such as giant airliners, trains and trucks of all sorts. 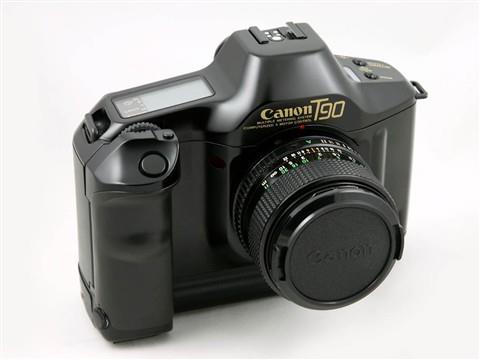 Canon T90 – ergonomic and practically indestructible. A classic thirty years after its debut, it is still considered one of the finest cameras ever

After the turn of the century, Colani continued to work on projects big and small. His work took him around the world, although most were centred in Europe and China.

The USA was one place he had trouble breaking in. Colani tried several times to work for General Motors and other American manufacturers, but his work and outsized personality were considered too “hot” for the suits in Detroit to handle.

In 2007 he told Interview magazine,” It isn’t easy for me to have contact with the industry, because it is so outdated. Look at General Motors, look at Mercedes, look at Chrysler, look at Porsche, look at BMW… They are all building cars from yesterday! Nobody has an idea how the car of tomorrow should look. I’ve built them already.” 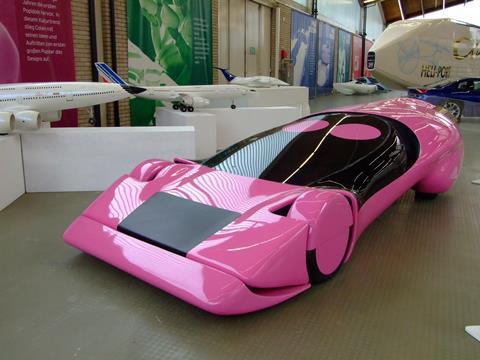 Colani never considered himself a ’designer’ in the traditional sense. He was not interested in the standard procedures or processes; his was a more intuitive way of working. He called himself a “3D philosopher” and he approached each design challenge as a philosophical as well as design problem, seeking to answer some greater questions with each project.

He told Interview magazine, “I consider myself a 3-D philosopher. I am not a designer at all. I studied aerodynamics, I studied philosophy, I studied sculpture – high technology on one side, and on the other side, art. “

He called his design approach and style “Biodynamic” reflecting his passionate love of nature and natural processes. His experience diving in the ocean profoundly affected him as he saw natural creatures moving seamlessly through their environment in bodies perfectly shaped for the sea. 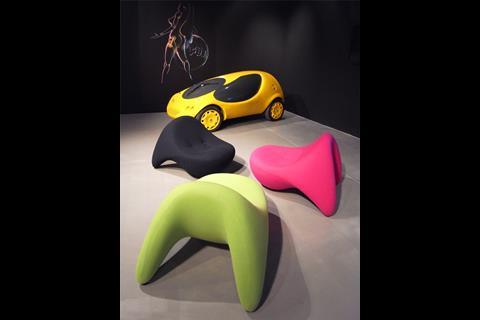 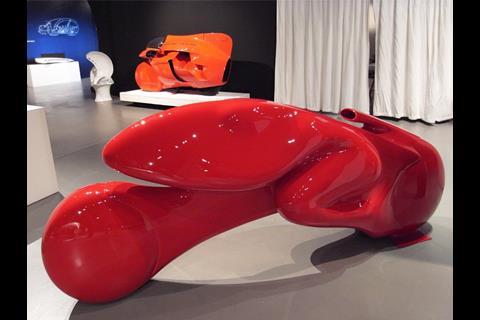 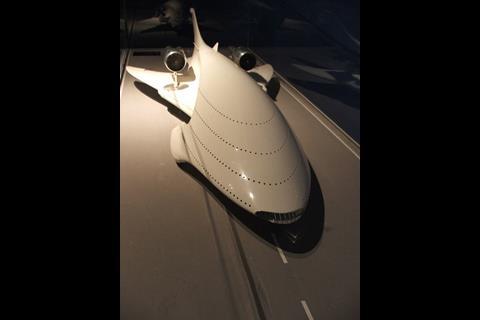 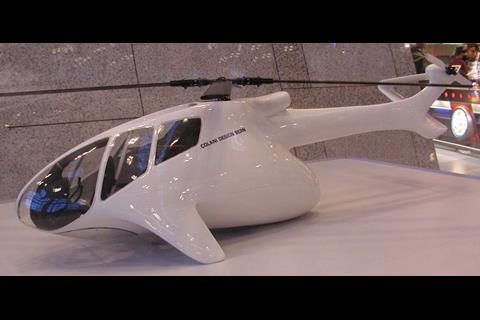 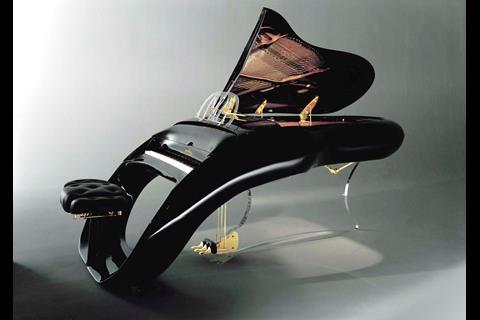 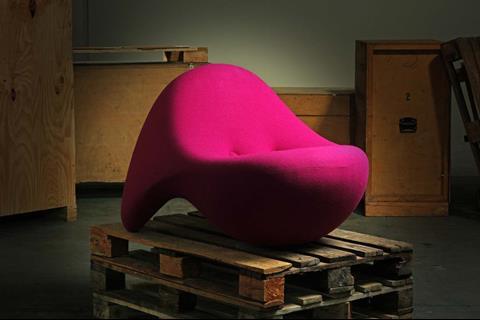 The form of his work was highly organic and biomorphic, reflecting his fascination with natural forms and creatures such as birds and fish, whose form relates so closely to their movements.

He was not shy about claiming inspiration from the human body as well – particularly the female body. “The female body is one of the most extraordinary designs ever done in this universe,“ he told Interview. 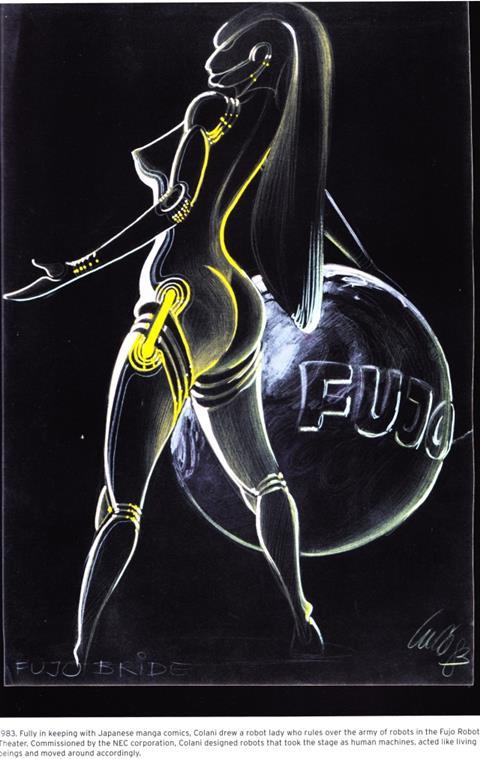 Colani was not shy about his primary source of inspiration. Small wonder this project did not get built

Unlike the current designer chic (black or grey), Colani dressed in white most of the time, in oversized pullovers and trousers, all of his own design (even down to the underwear, he claimed). When asked about the white he said, “I work with plaster and styrofoam, all white and dusty materials. I’m dirty all day and I want to be able to go out without changing so I just pat myself down and a cloud of smoke puffs away and I’m clean.” 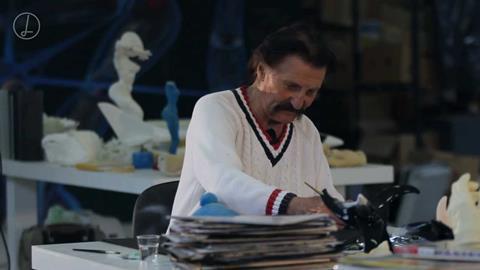 Colani at work in his trademark white – matches the plaster dust

As for that cloud, it was not just plaster dust. Colani was infamous for smoking large cigars. “I smoke a lot” he once told The Guardian in an interview, “20 to 30 cigars a day for the past 40 years. I copied Winston Churchill. The smoke clouds around me give me some inspiration.” 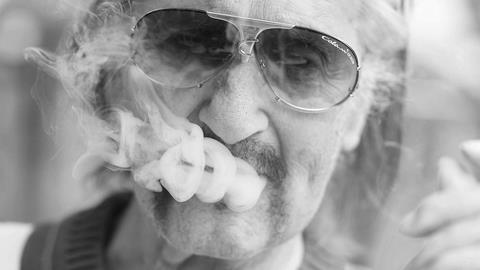 When the smoke occasionally cleared, visitors would be treated to his long, unkempt mad-scientist mane of hair and walrus moustache. “I don’t care a thing about my hair, he declared to The Guardian. “Each morning I just run my fingers through it. I’ve never owned a comb in my life.” As for the moustache, it once won ’Moustache of the Year’ from an international moustache society. 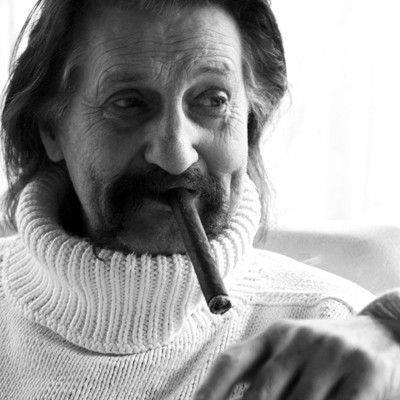 The award-winning walrus moustache thinned a bit as he grew older, but was remained a constant, as did the unruly mane above

When he went out, it would frequently be in his bespoke white suits, sometimes with a white cape. A Chinese silk scarf, one of dozens he owned, might be the only colour. He gave the scarves away as signed gifts, usually to young ladies who would give him a kiss in exchange. Many of these young ladies formed his entourage, at least for photoshoots.

Asked by a reporter about death on the occasion of his 90th birthday in August of last year, Colani reflected: “I come from a family of people who live to be 100. Why should I think about dying when there are still so many questions in life that have remained unanswered?” 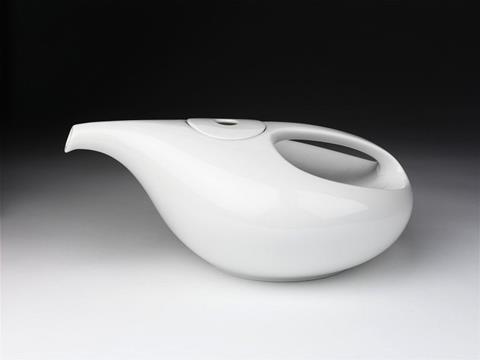 Now we are left chase down some of those unanswered questions ourselves, and to ponder Colani’s influence and legacy. Irascible, flamboyant, contemptuous of the design profession and most designers and architects, he had absolutely no respect for the way most things are designed and the proliferation of poor products of all types in the marketplace.

Was Luigi Colani an eccentric genius who rejected any kind of traditional form and function and corporate business model in search of greater truths in design? He certainly had moments of greatness that translated into marketable products and influential designs. There is also no denying that his work, however outrageous, was a critique of modern industrial design thinking at all scales, from motorcycles to megaplanes. 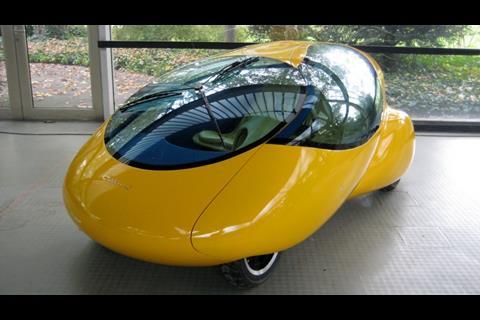 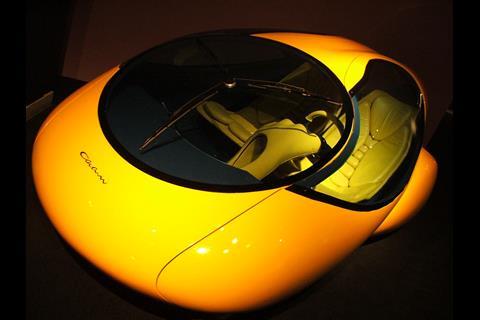 But yes, he has had and will always have his critics, and plenty of them. The most strident of those believe he was a charlatan, a sort of Baron von Münchhausen of design, his studio full of outrageous acts of design mischief foisted on unsuspecting clients. Others criticised his understanding of fluid dynamics and engineering in general, labelling him a purveyor of pseudo-scientific theories which were designed and packaged in a candy-coloured quasi-pornographic style.

Car Design News spoke to Colani in 2007 when a major exhibition of his work was shown London’s Design Museum, and he told us: “Amongst today’s car industry management there is not one that understands the real problems”. Colani believed the whole emphasis on new vehicle development was wrong: “We have hundreds of electric motors to do jobs normally done by human hands. Car design should not be about the small details. It should be about the bigger picture… Cars should be “simpler, less features, streamlined, lightly built.” He uses a slogan (in German): “langsam, leise, lustig, liecht” - meaning slow, quiet, spirited, light. Colani believed the mainstream manufacturers were all missing the point, “to build cars to go from A to B with a smile… to give answers to problems of our time”.

Perhaps we will never come to a definite conclusion about Luigi Colani.

Genius or Madman? Probably both.

But we can all agree that the world of design is now a little less colourful, a little less biomorphic, and a lot less outré without him. He will be greatly missed. 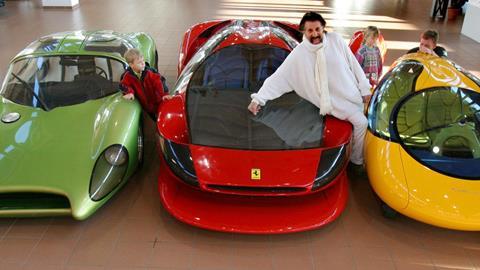