Benoit Jacob, still in his 40s, is one of a young group of design directors who are helping to reshape the automotive industry. We met Jacob at Byton’s Munich design studios  to understand his motivations for joining the firm and to find out what we can expect from Byton in the future.

CDN: BMW i is probably the most interesting thing to have happened in car design for 20 years. Why did you leave?

Benoit Jacob: I had no reason to leave, I had nothing to complain about. Other than maybe a certain lack of speed. Like any car designer, I’m typically impassioned. You have an idea, you want to see things happening. But it was also about timing [of Byton].

One day Carsten [Breitfeld – Byton CEO and Chairman of the Board], now my boss, came to me and says, “Benoit, what do you think about this…?” And in a way one of the motivations was that it is a start-up but not completely stupid. It had a grown-up feeling. A premium car, highly connected, a lot of range, but at a realistic price point proposition.

A lot of [start-ups] have come and said ‘yeah we’re going to do a sports car and it’s going to go 0-100 in 1.5 seconds blah blah’. I love sports cars. But you know what, as a designer I have a social role and responsibility. So I’m trying to focus on what people need and want in terms of mobility. So that was key in what Byton offered.

I’ve been learning from [Swiss balloonist] Bertrand Piccard, too. He was telling me about the Breitling Orbiter balloon, twenty years ago. He said the hardest decision he made in his life was when should he throw away the ballast. Because they basically left with 2 tonnes of ballast, and they landed with 20kg. So not much margin left. And the learning was, if you want to do or change something, you have to be prepared to give up something. And that’s been important for me, that’s how it is here. No more secretary here, no company car, but it’s fun. 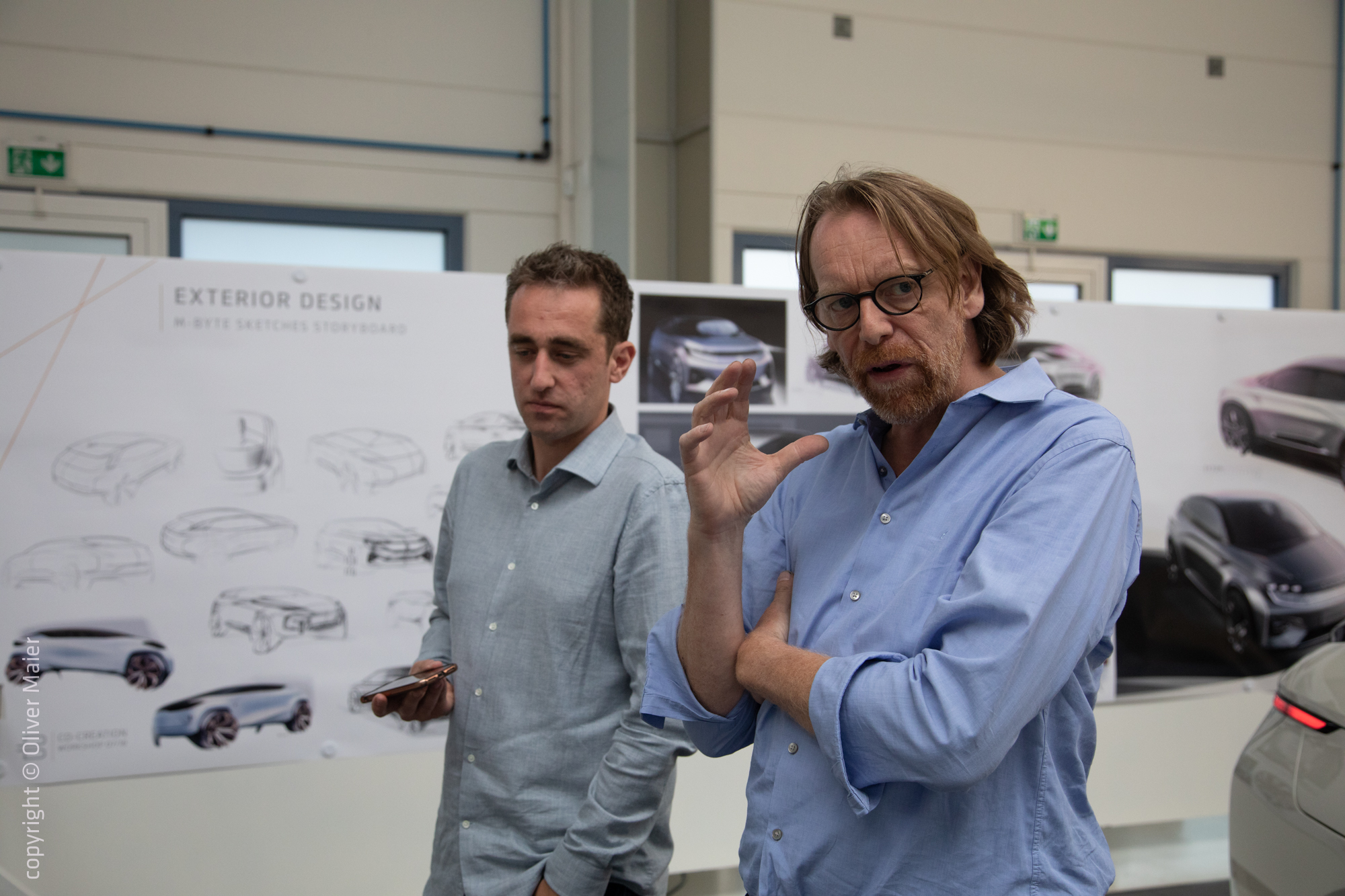 CDN: Why did you set up the design studio in Munich?

Jacob: I left BMW, and then freaked out and was immediately like “what am I doing?”. Byton was born in Hong Kong. So I went there and quite liked it; even looked at some flats. But then I was like “wait a minute, if it comes to prototyping, where am I going to do that?”

So my first activity for Byton was not to sketch a car, but to do my roadmap. Then I was able to tell Carsten, “OK, I’ve figured it out, I need this much budget, and it’s going to happen in Munich because you’ve given me such a crazy SOP date [start of production], that this process will need speed.” If you want to have speed, you’d rather do that in an environment that you know.

CDN: Tell me about the design facility in Munich and what your plans are.

Jacob: We have everything we need to complete the entire process of car design [the Byton studio is in EDAG’s old facility]. You probably noticed that it’s not pretty! But we needed to do the car first. We can complete the entire process from strategy ideation, through modelling, physical and digital up to A-Class, tooling data. So Byton designers spend all their time designing or in the space. Not stuck in traffic or in a plane! 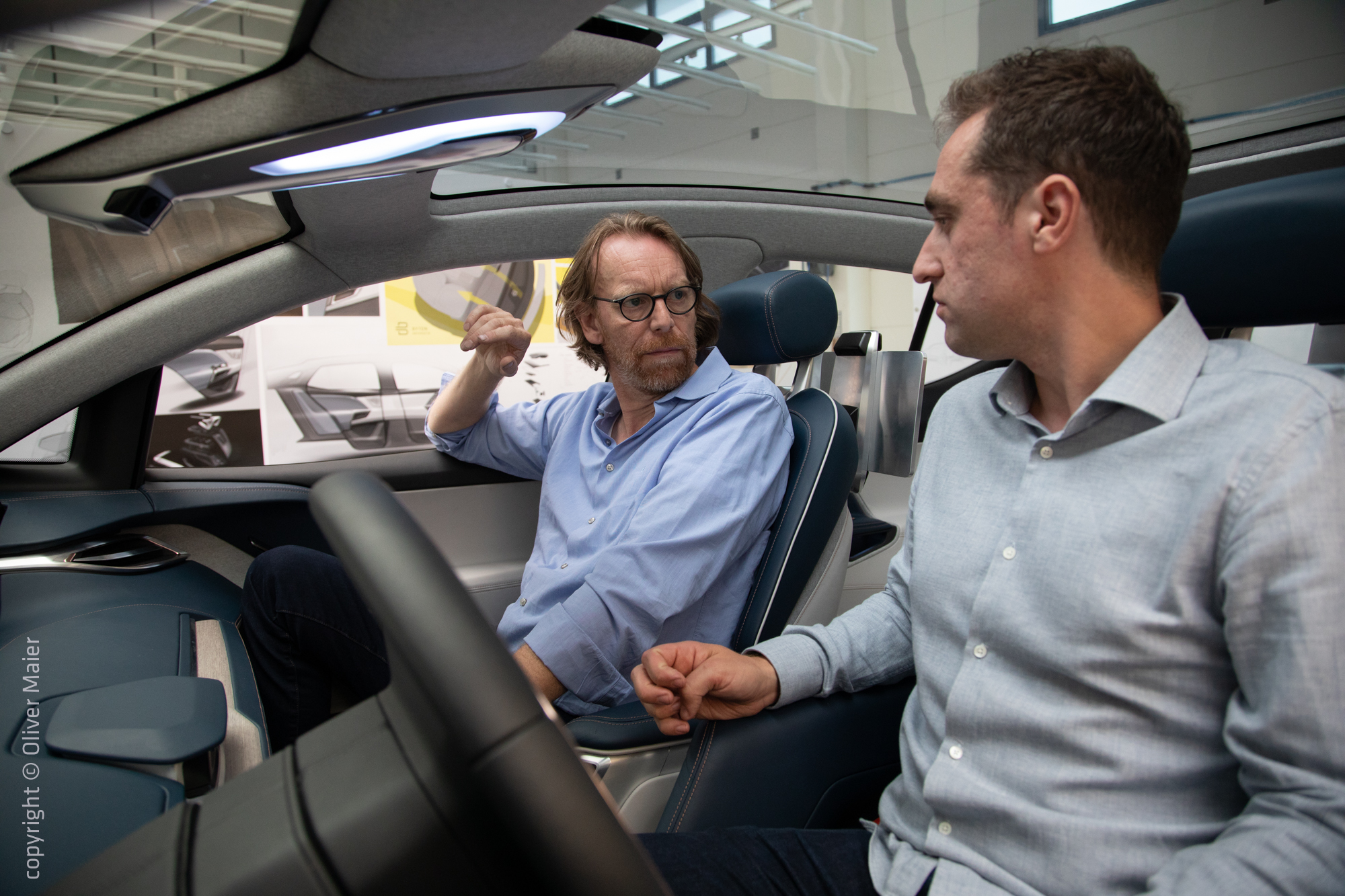 CDN: How do you build a design studio from scratch?

Jacob: You have to build the right culture. My job is not to design the car, but to design the culture to come up with this. That’s my fun – develop the people, give the right hints. I’m at that time in my career where I’m no longer a car designer – I’m a designer. You win that over time!

What is interesting from my perspective is not only what we were able to achieve – two concept cars, a production car – in 18 months, but how we did it. I started with just a computer, which I bought used. I no longer had a company computer (from BMW), so I bought a used computer for $100 from the shop next door to my flat to make a Powerpoint on. A really old Dell, it was really ugly – everyone took the piss, it had Windows 7 or Vista or something!

When I was interviewing, I would say to people “what I can promise is that you will have more freedom and more fun here.” Because – perhaps I’m a bit optimistic – I think car design should be a cool job. But in a lot of organisations it’s became increasingly professionalised, and it’s not fun anymore. That always reflects on the quality of the product. The best compliment I ever had was someone looking at the K-Byte [Byton’s sedan concept, shown at CES Asia] – who said “it looked like your team had fun doing that”. And I said “exactly.” 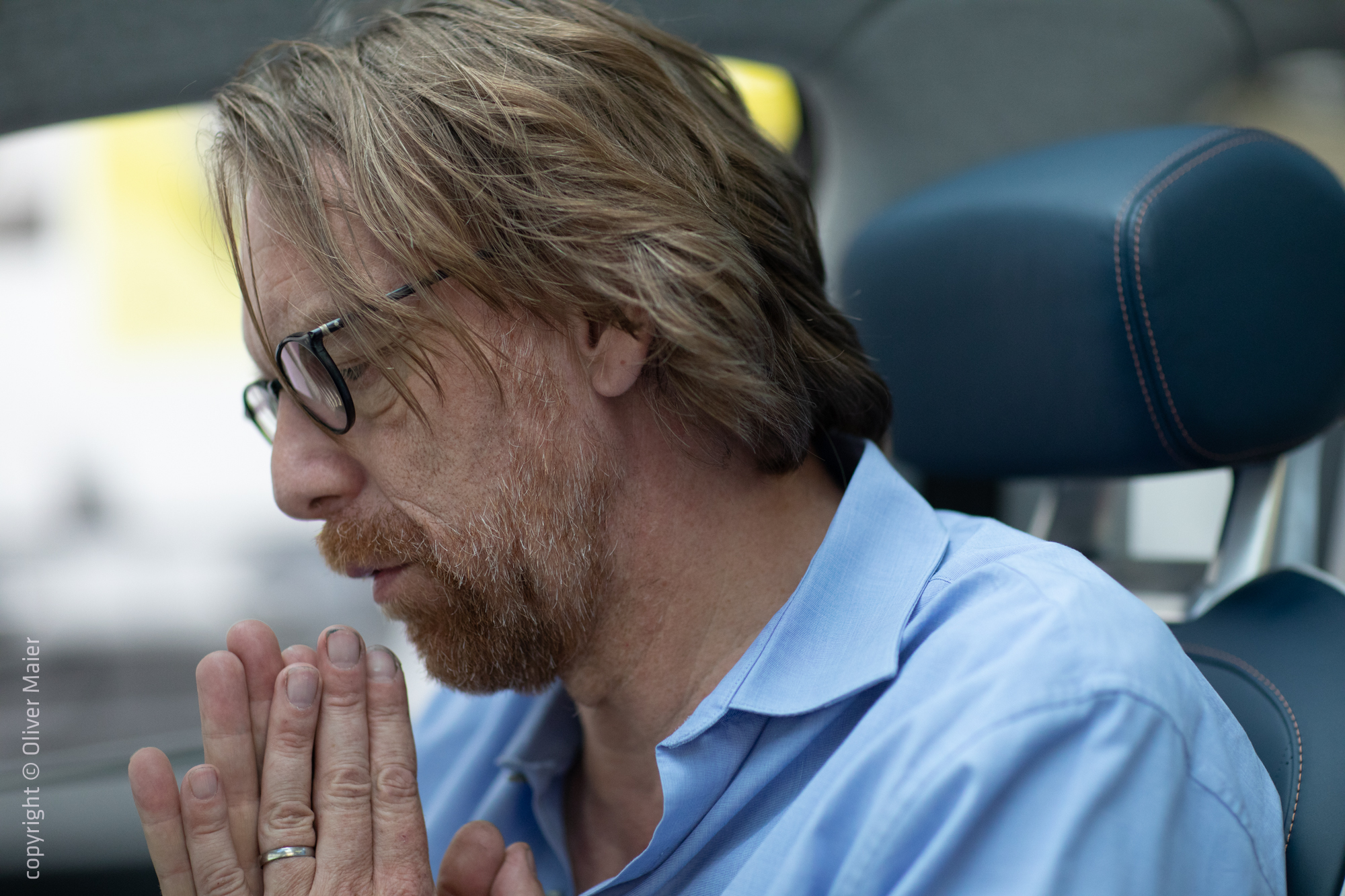 CDN: But you’re not just building a studio, you’re building a brand – it’s a challenge many have failed at. What are you doing that’s different?

Jacob: We’re focused on people and society. The Byton M-Byte [the name of the production SUV, and Byton’s first car] in some ways doesn’t look so crazy. That’s on purpose. I remember talking with friends and they’d say “ah, electric cars – I wish I could have one. But problem is the range. And the price, very expensive. And they’re ugly, too.” So we’re focusing on these basic questions – range, price, and desirability. But we’re not trying to overdo it. I hate the idea of overkill. Because elegance is intertwined with simplicity.

I also don’t completely agree with this startup culture of breaking things. I tried to say “yes we’re innovative, we’re a little free-thinking, but also we have respect.” Typically, some start-ups pop-up and say, “we can do this better, these guys who have doing [cars] for 100 years don’t know shit. We can do it better.” If anyone from my team is ever saying this kind of thing, I’d say, “please – be a bit humble. There are generations and generations of engineers and it’s not by chance that the way a car is designed today looks like that.” We are realists. And having a high level of reality, being down to earth, helps you to go further away. Don’t be fancy for the sake of being fancy. 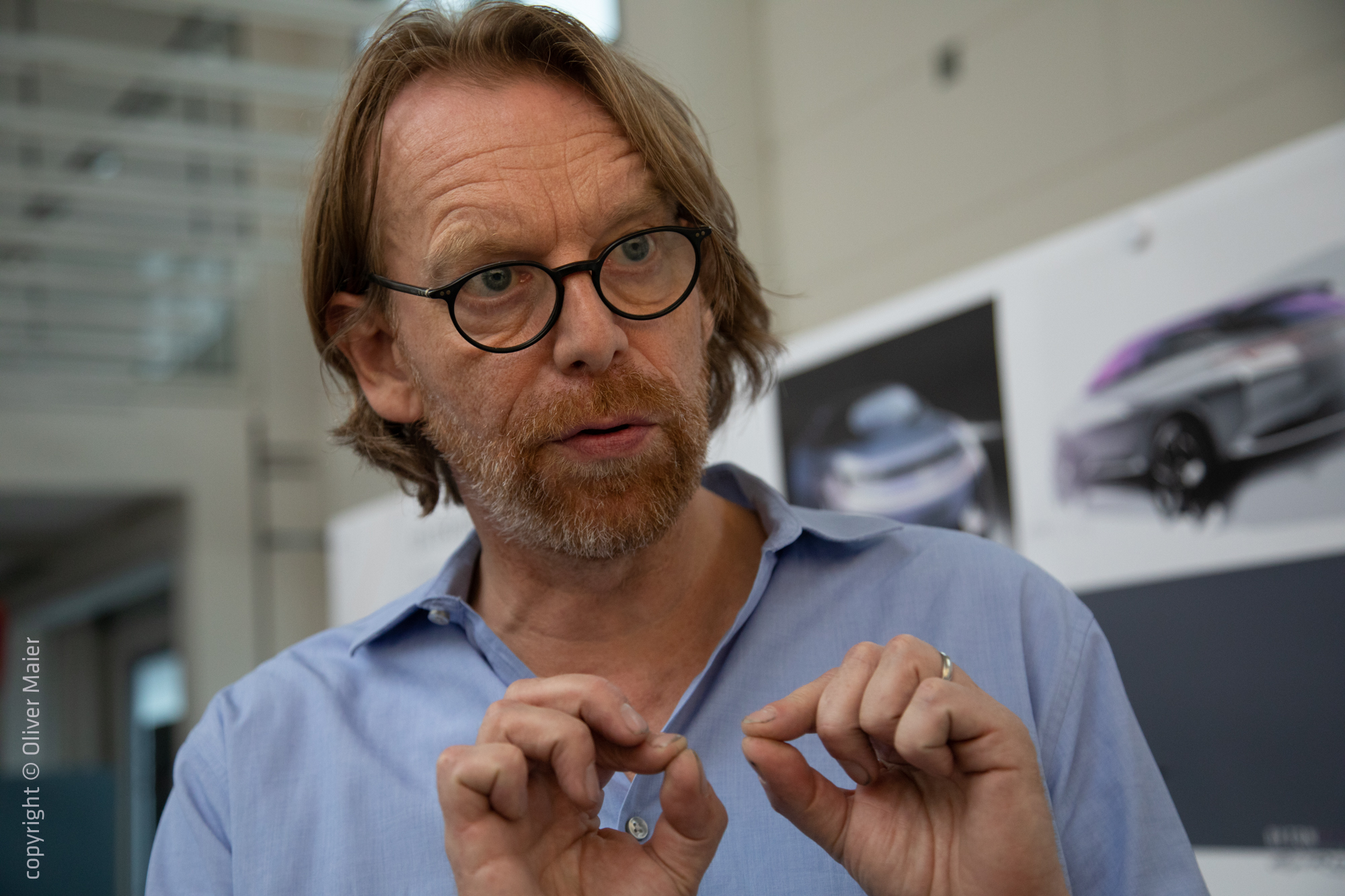 CDN: Is the core idea to be user-focused, to place the customer at the front and centre of the brand?

Jacob: Yes it is.

CDN: How is that unique?

Jacob: Let’s be realistic, we’re not the only ones. I said internally, let’s not pretend we own innovation or that we’re the only ones doing flat floors or big screens, or rotating seats. We are not the owner of that, but we can work out a future blueprint. Where can we be better? It’s about price, functionality, etc – what’s the bandwidth so that you can be better than another product?

And having people at the centre means that we don’t just work on shapes and design, we work on use cases. And the real breakthrough, is that you’re not any longer designing a car for the next seven-to-eight years which is frozen. Now, you have a hardware lifecycle. You have a digital lifecycle. And this is completely different. And we know a couple of potential use cases of the UX at SOP. But I’m quite happy to say that we know only about 20 per cent and the rest will come later. And I’m totally comfortable saying that – which is very unusual for a designer or an engineer. They want to know everything! They want to be in control. Instead of looking at SOP, I’m thinking of EOP – end of production.

When it comes to future mobility, we can’t deliver the entire eco-system. Other people have to move too; politicians have to work with us. We have to have a dialogue. Only then can car design progress – but you have to look beyond the beautiful car. 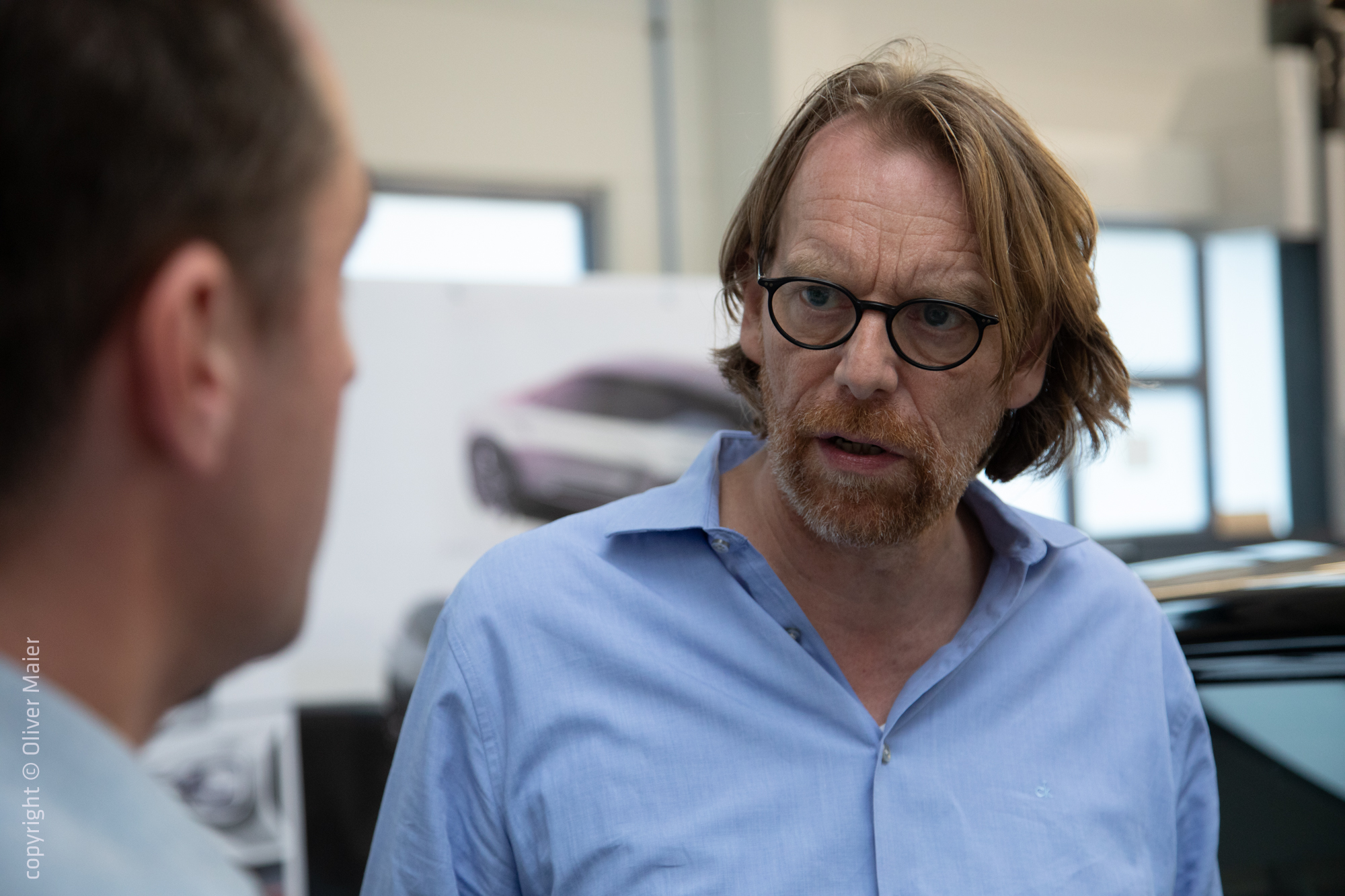 CDN: Where do you see things going in car design?

Jacob: When we look at all generations of car, it’s become like a funnel. If I take it from the ’70s when I was growing up – we had the chrome bumper go to the integrated bumper, then flush windows, bigger wheels, zero shut lines and now, [claps], frozen. It’s like a plane. My wife can barely see the difference between the 707 from ’57 and the Dreamliner. So the challenge is not really visible any longer.

In many ways, car design is the most sophisticated it’s ever been. But then we have this schizophrenic-ness – the stupid precious radius discussion. Very skilled, but over-complicated. If you look at the K-byte, this was experimental because we tried to reinvent the most boring concept – designers working sedans, are like ‘huh’ (shrugs). So it’s sedan reloaded,

In a way we consolidate where we want to go. With good design, like cooking or music – you have to know when to stop. Or what to take away. I’m a big fan of old Italian designs, and if I look at classic Italian concepts like the Modulo and Boomerang, these radical cars, have just a few shapes in the right place. Stunning. Car design should come to that, especially if we want to emphasise this mega UX/UI simplicity. 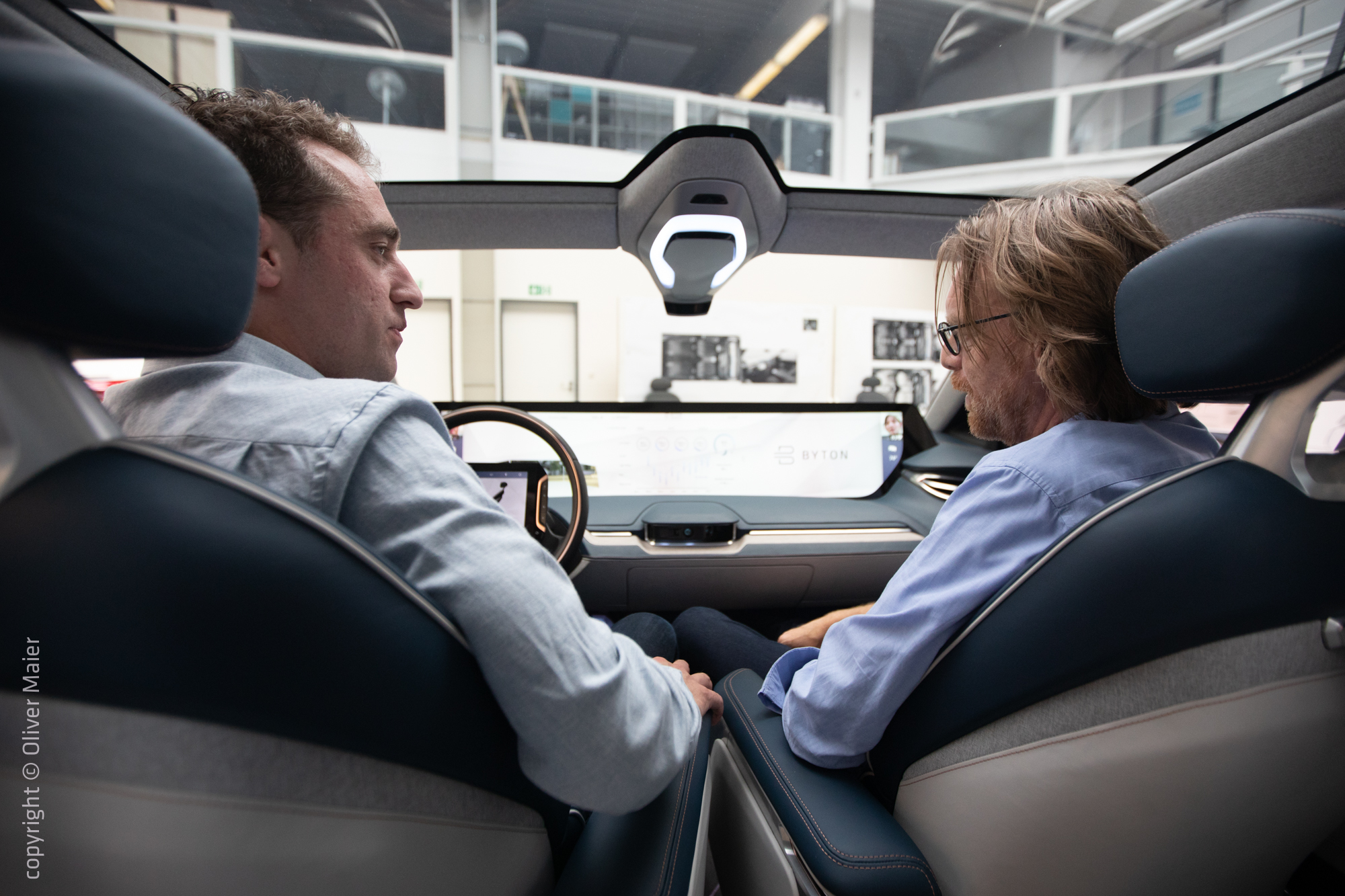 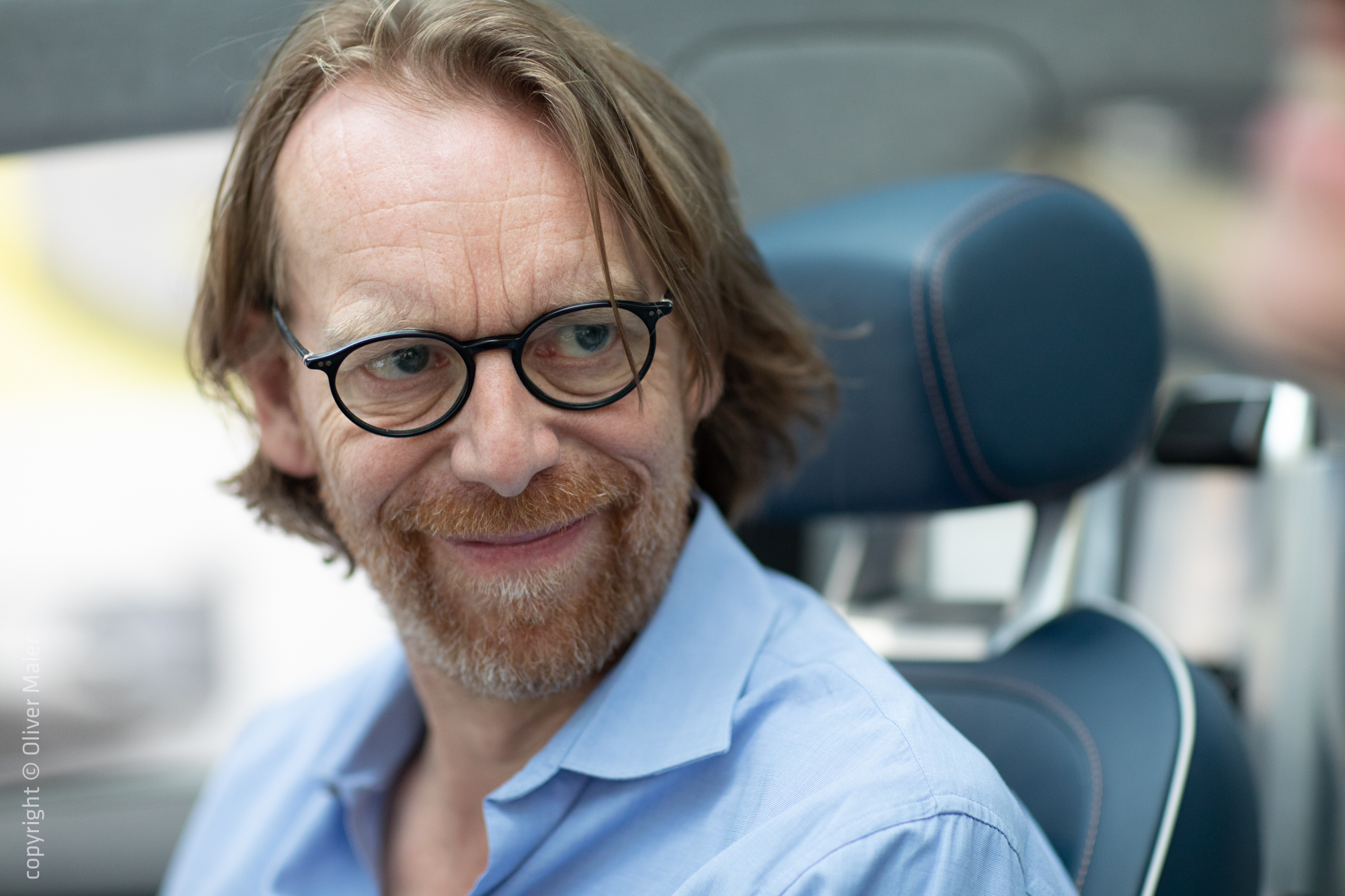 Benoit began his career at Renault, as an intern. Having been sponsored through his Transport design degree at Art Center’s European outpost in Vevey, he officially joined the French firm in 1994 – where he was responsible for the Sport Spider, Fiftie concept car and the production Laguna II saloon and station wagon. He also took the fourth generation Espace through to production.

In 2001, he moved to Volkswagen’s Sitges outpost, and helped to establish Audi’s Munich advanced design studio, before heading across the city to BMW design in 2003. While at the FIZ, he worked on the X6, M1 Hommage concept and Megacity vehicle (which became the i3) – a vehicle close to his heart, as it was the first to emerge under his tenure as Design Director at BMW i – a position he took up in 2010.

Jacob also served as Head of BMW advanced design and BMW group vice-president of design before moving in 2016 to join a then-mysterious Chinese start-up, known as Future Mobility Corporation, which was backed by Hong Kong-based tech company Tencent holdings.

In January 2018 FMC came out of stealth mode as Byton, with a fully working prototype SUV with which they offered journalists and VIPs rides around a parking lot at CES in Las Vegas.