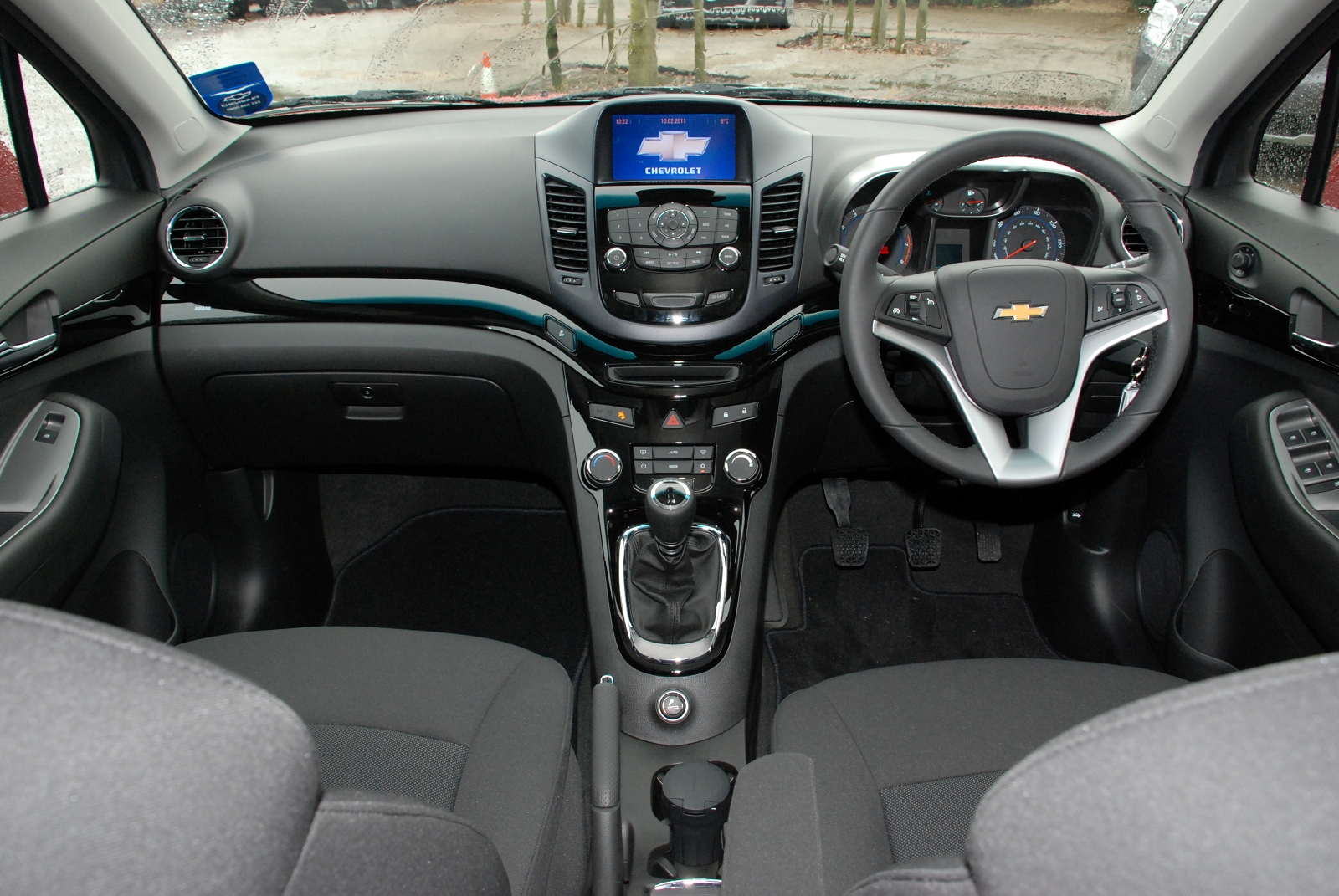 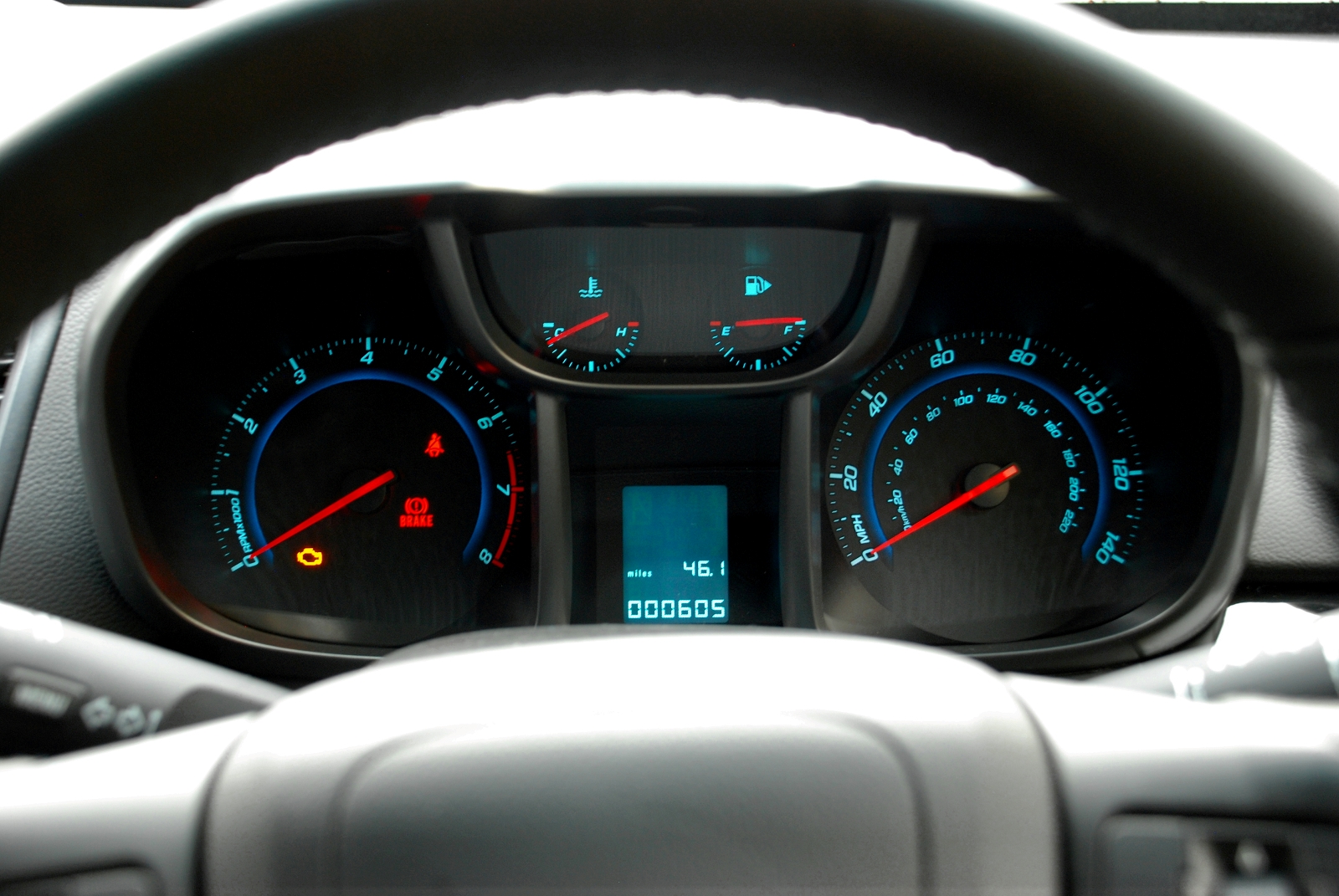 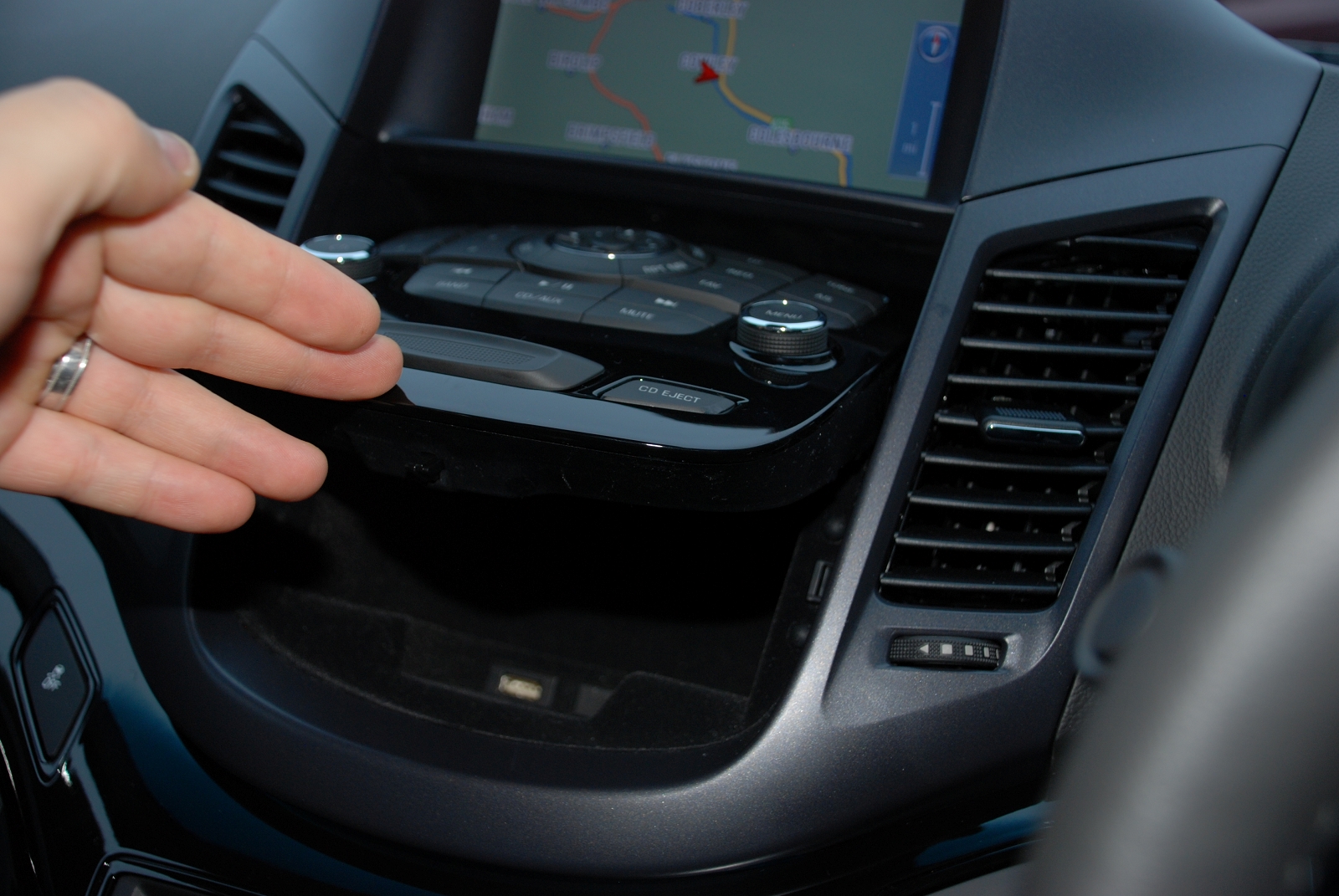 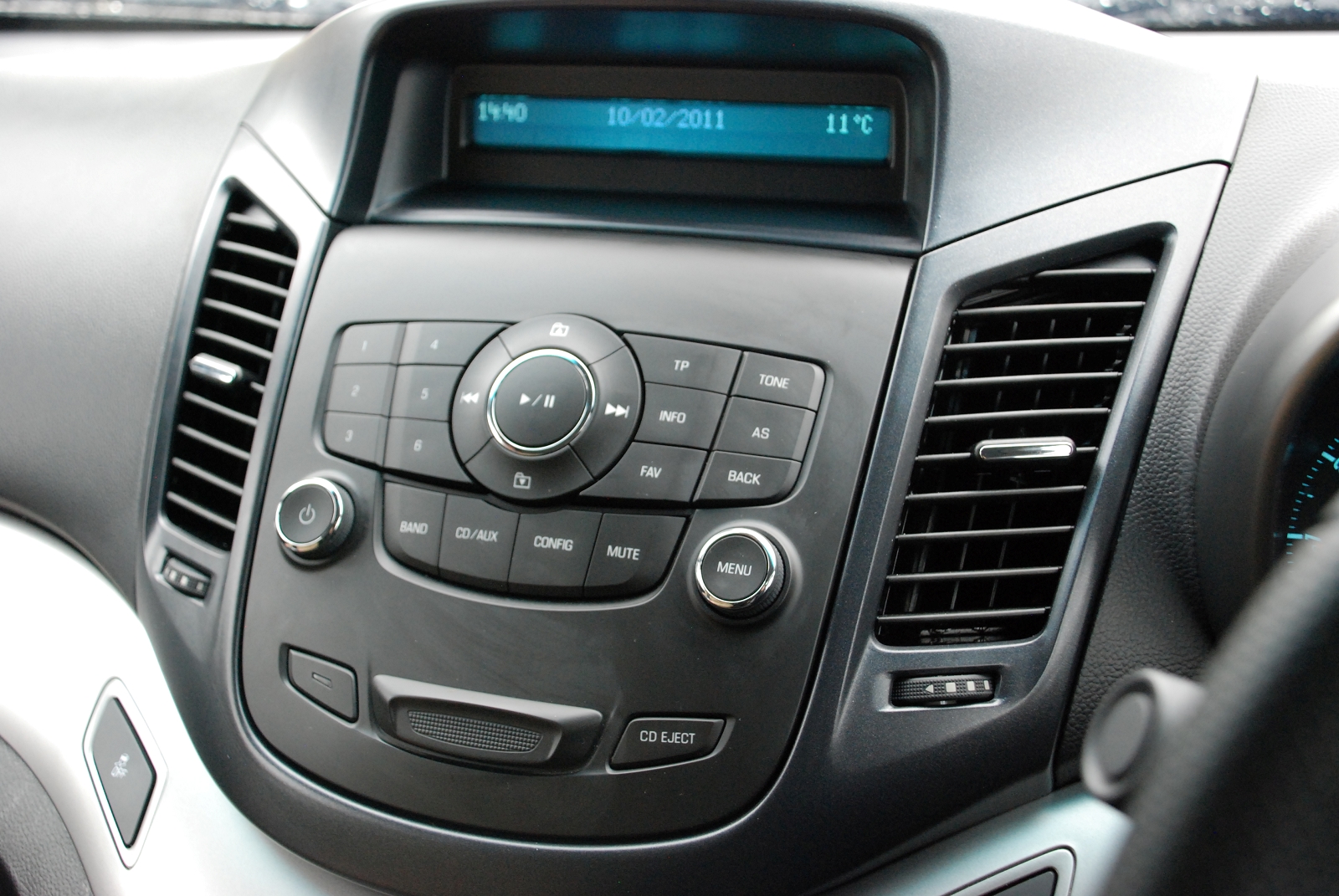 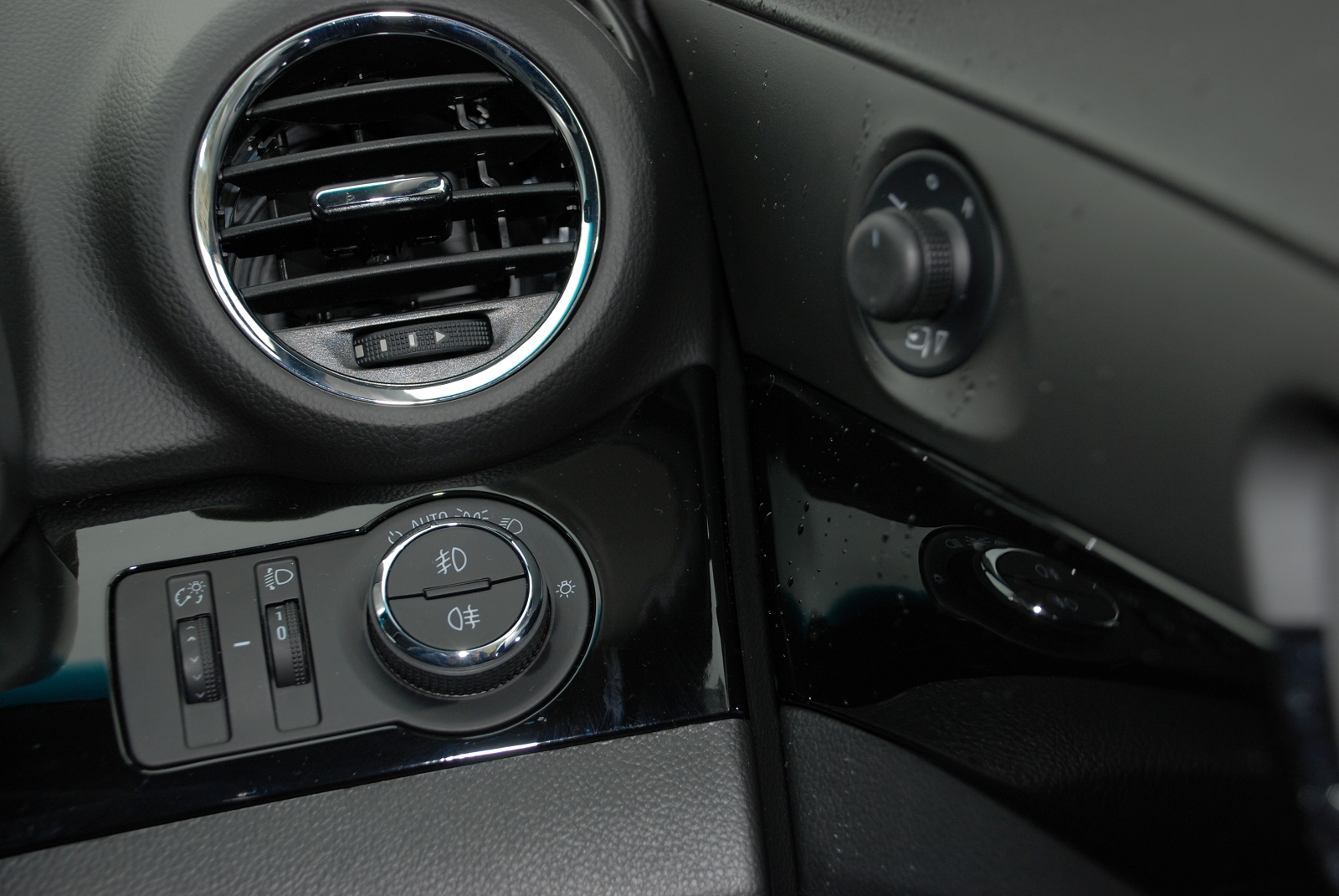 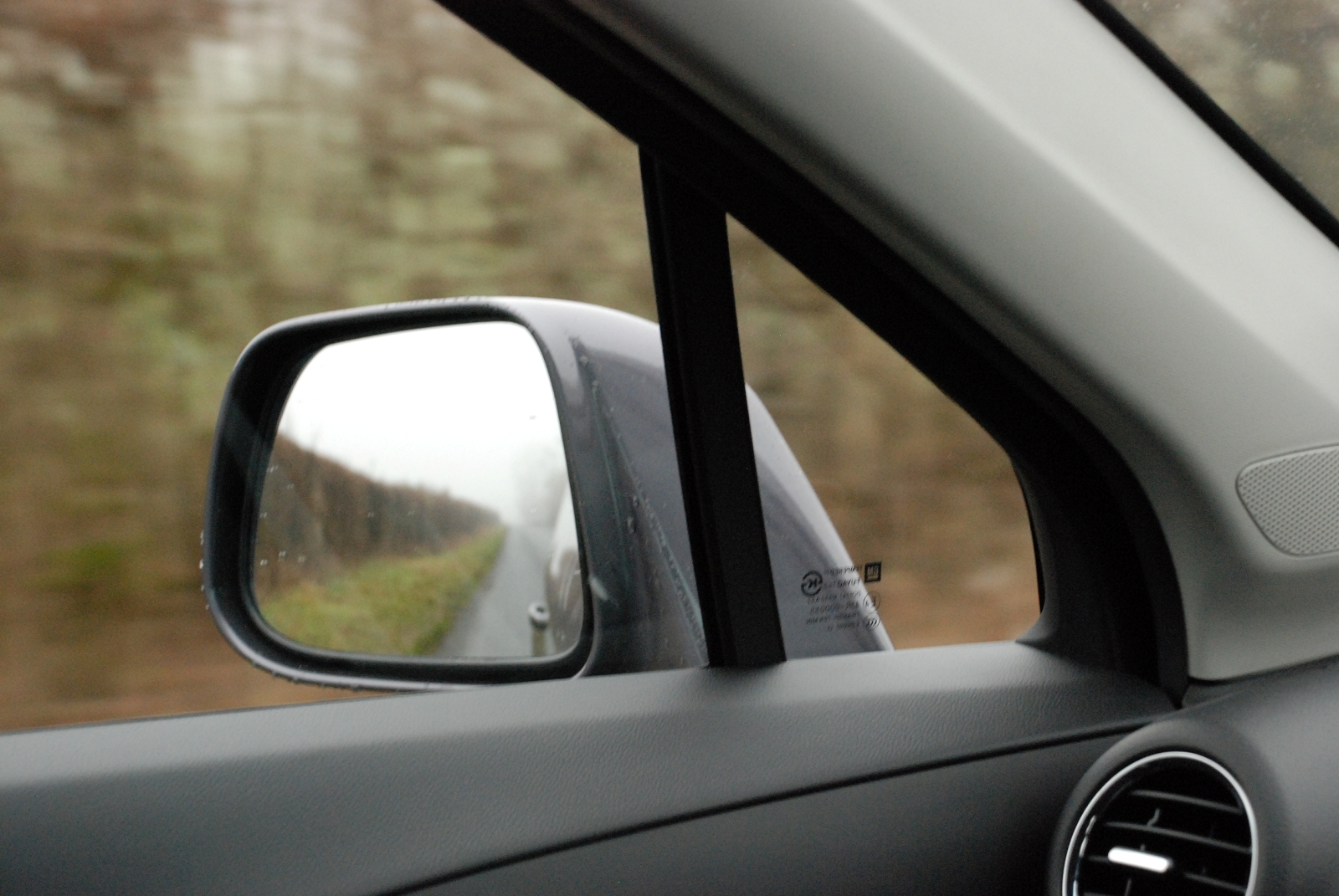 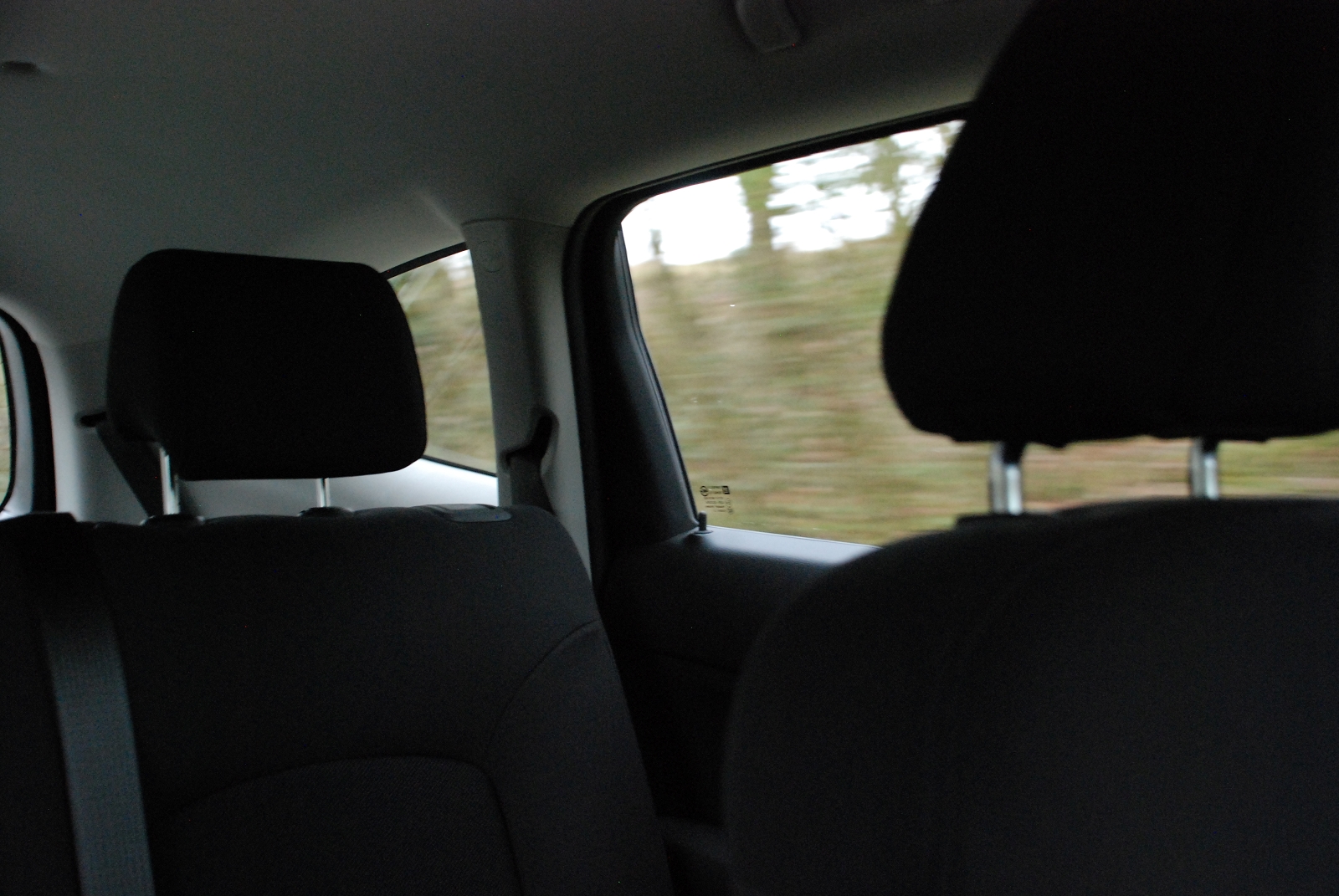 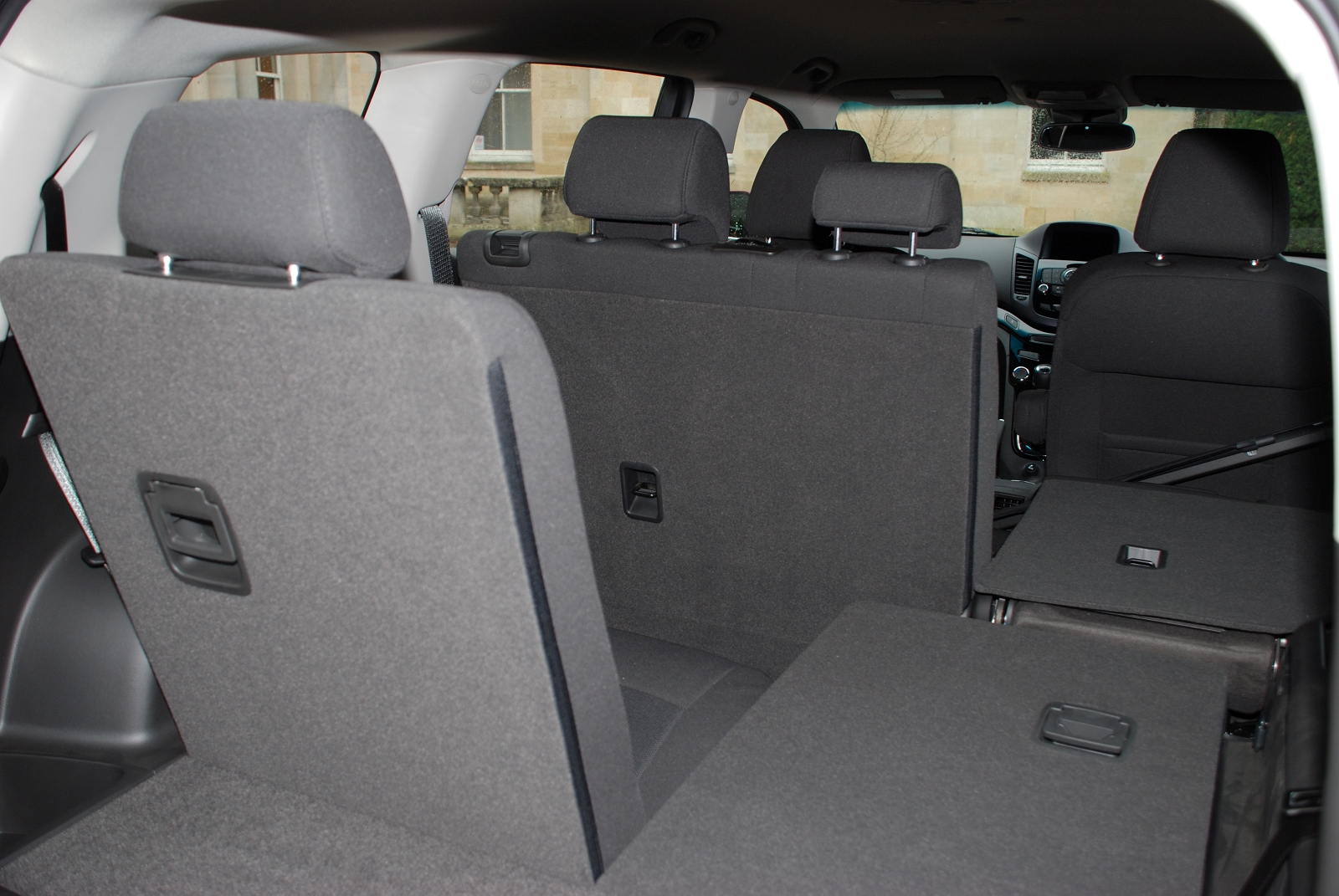 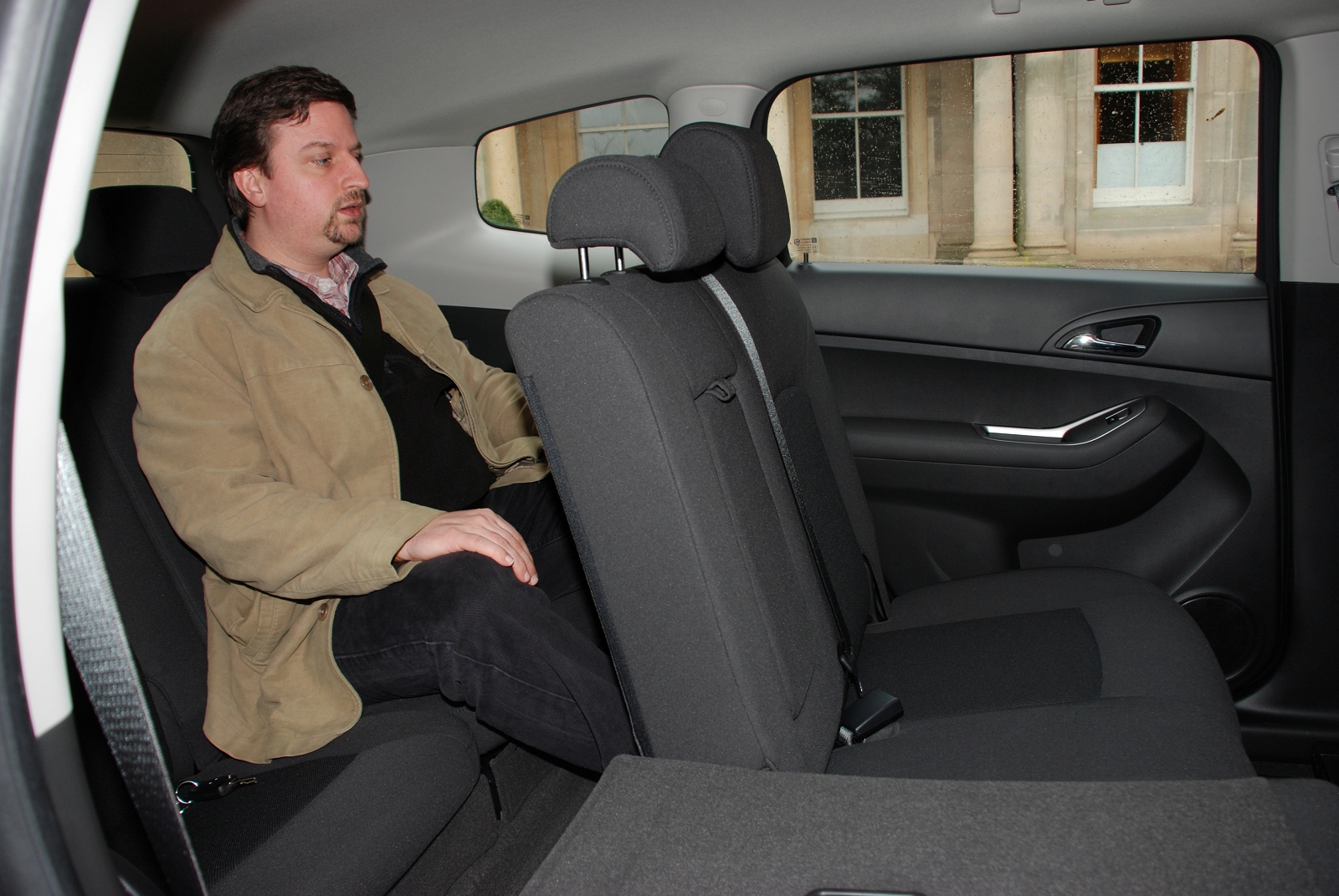 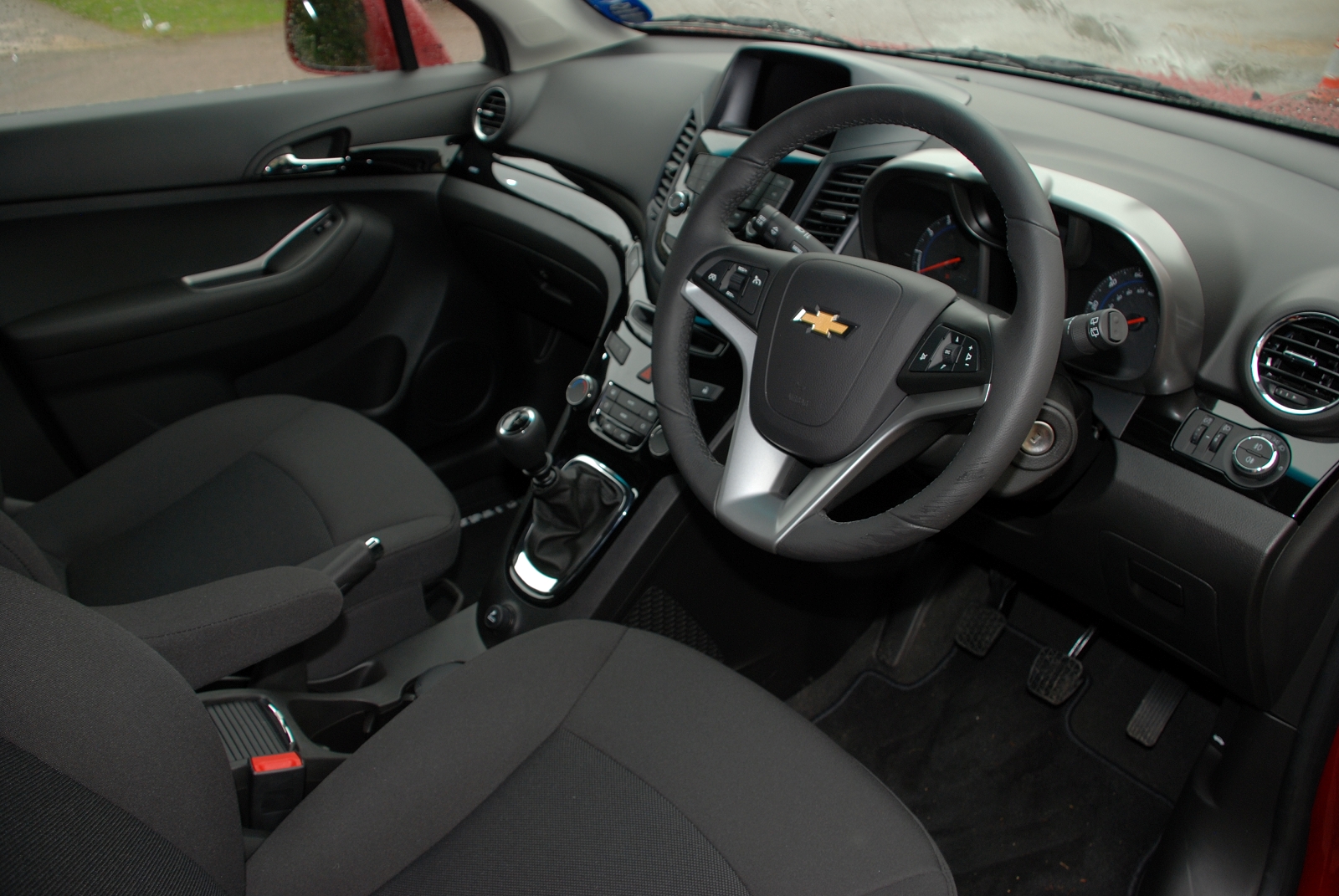 Inside, the Orlando doesn’t attempt to rewrite the rulebook, but it does bring a new level of functionality to the segment. The seven-seat layout of the cabin is akin to that of an SUV or crossover, not of a typical MPV. It feels spacious and roomy - especially considering the platform on which it’s built - and the top of the line LTZ model we drove features leather seats and piano black trim along with a navigation system. All models also include a concealed space for small items behind the controls for the radio in the center stack, which flows down the IP and into the center console, culminating at the shifter. 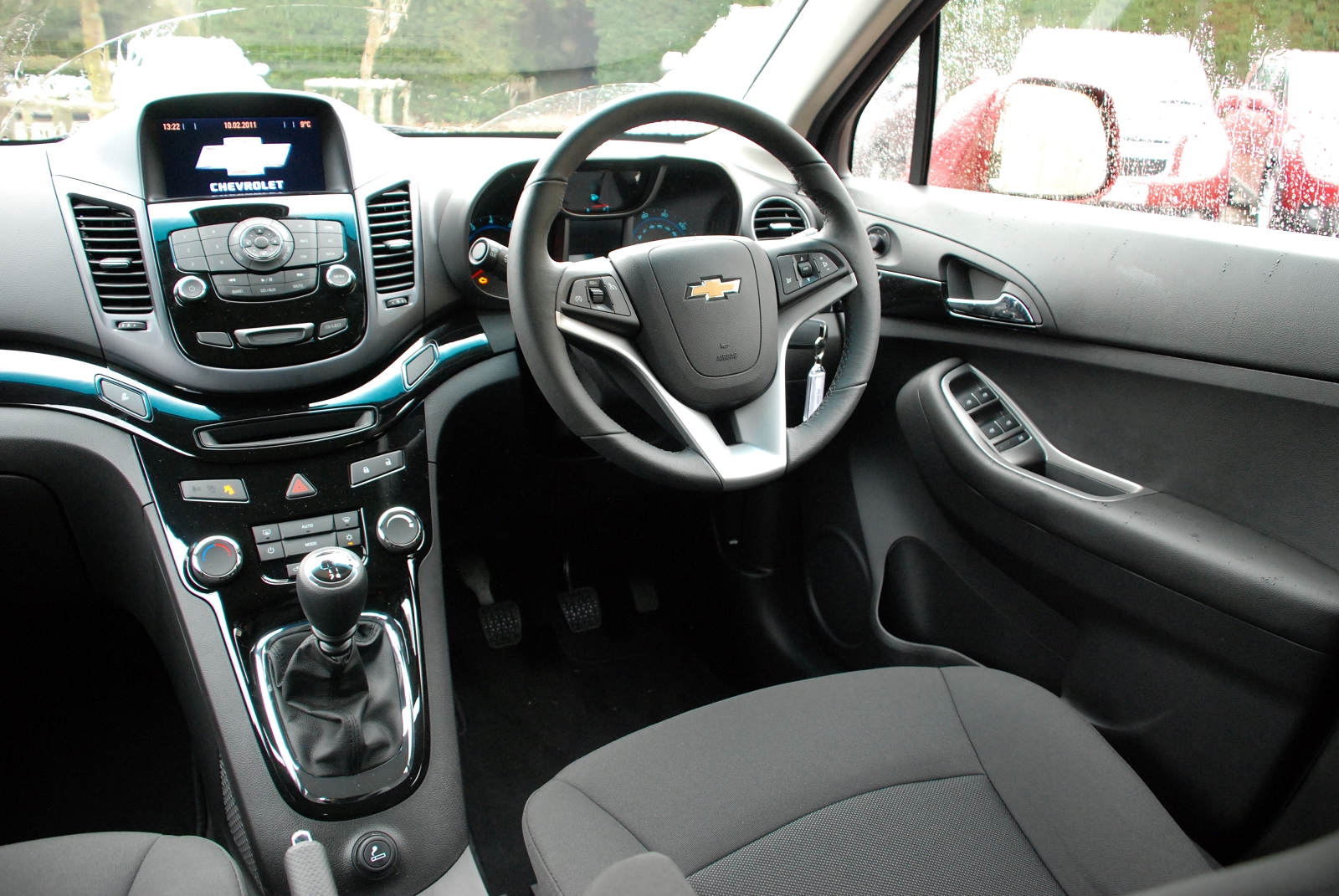 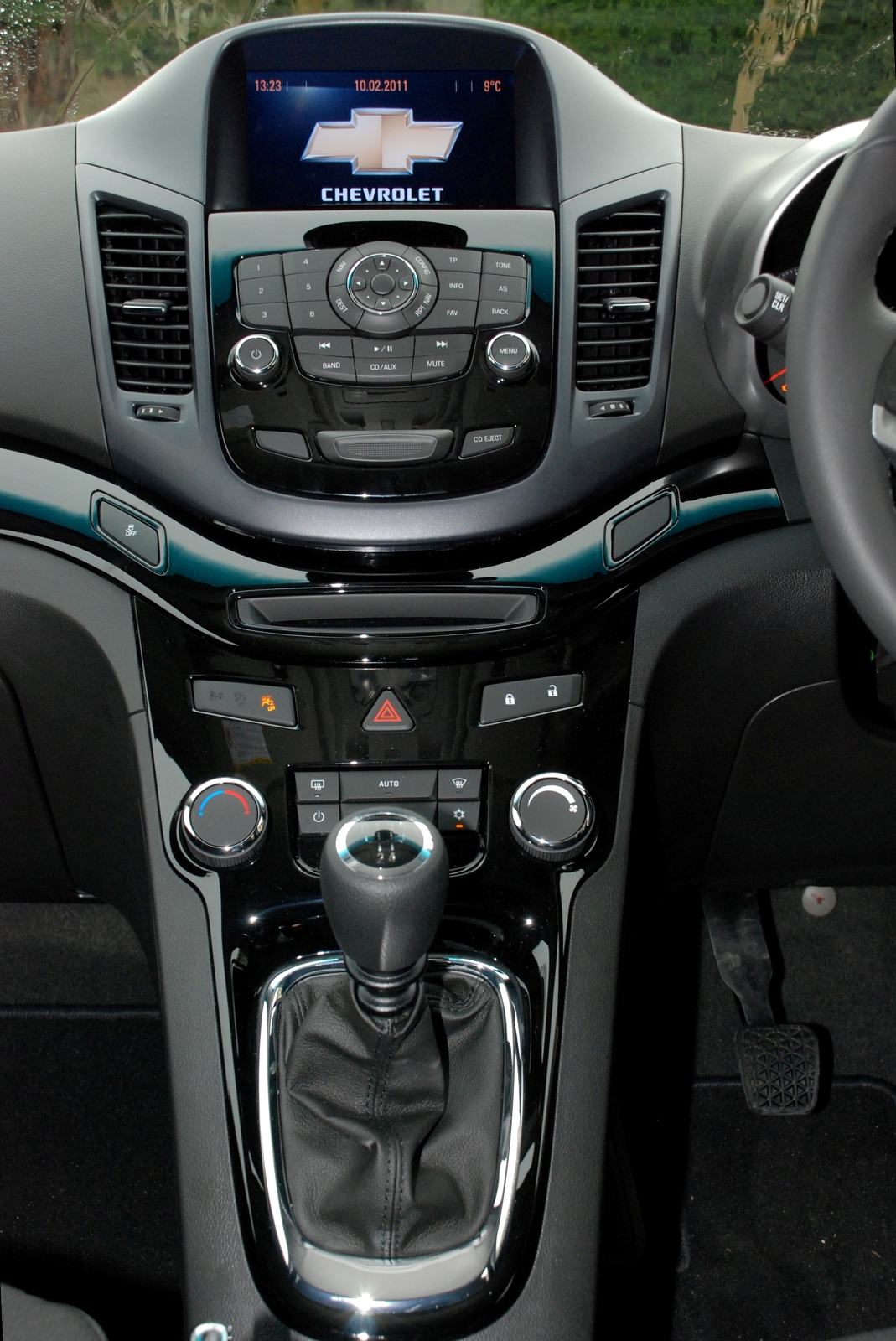 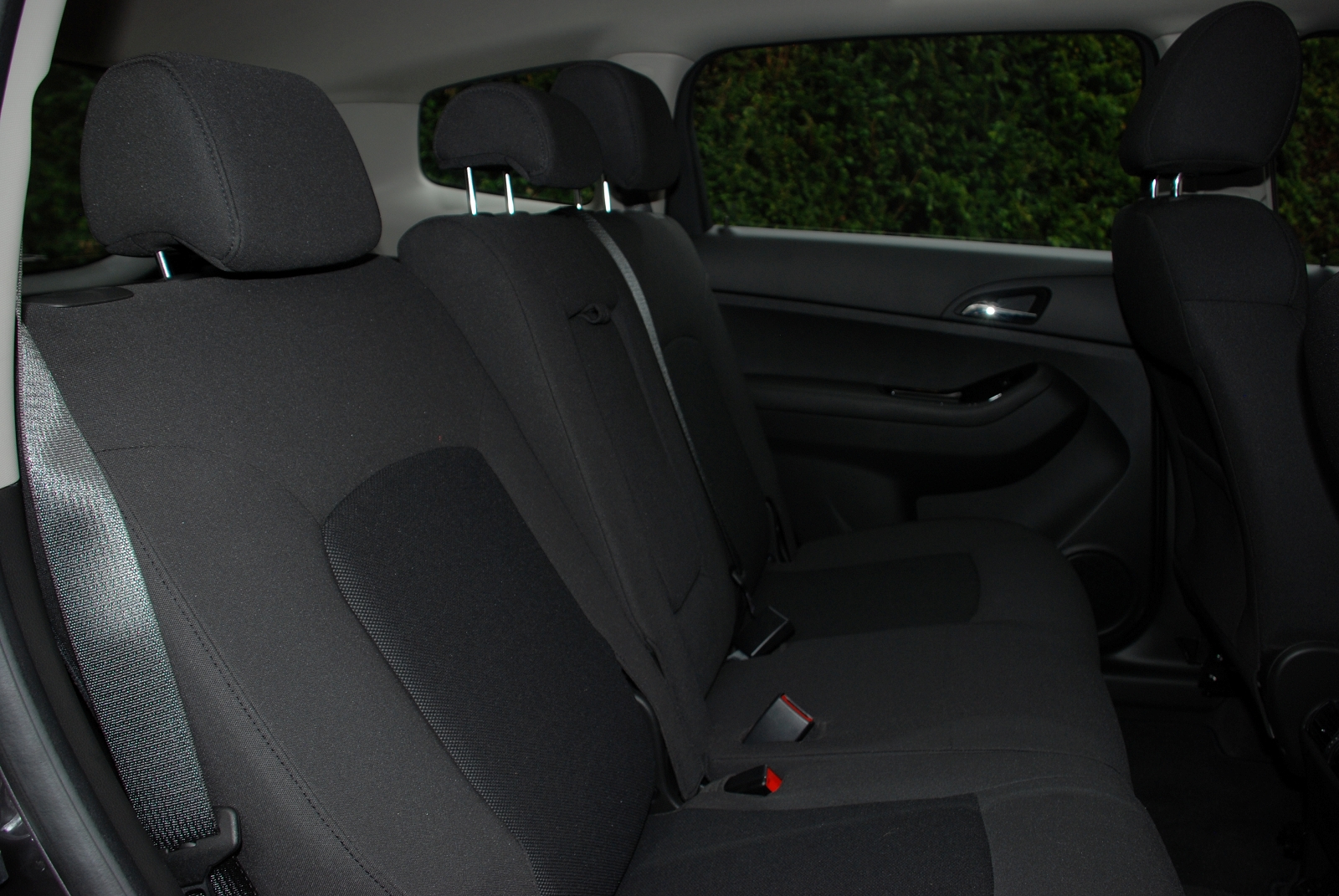 The fact that GM already has a highly successful, established European brand in the form of Opel has certainly helped Chevrolet up the stakes in perceived quality. The Orlando’s dashboard vents and chrome trim around them seem to have been lifted from the Insignia parts bin, while the rest of the plastics and trim elements (such as the piano black and aluminum trim) appear on a par with Opel from a quality perspective, which is far from a bad thing.

Though there were some evident panel gaps in the early production model we drove, the car generally appears well put together. There were only a few gripes with the interior seat fabric, which appears cheap and looked like it could wear prematurely in heavy use areas.

But the biggest issues we had were with the IP and sat-nav screen, which towers over front seat occupants and makes the otherwise adequate space feel claustrophobic. We can’t help thinking that the cabin would feel more spacious if the IP angle had been reversed, rising gradually toward the windscreen instead of away from it. Other niggles include the tapering DLO and rear seat headrests, which impede rearward visability, and the small quarterlight and unnecessarily large wing mirrors - a tell-tale cue the vehicle is bound for the US market.

Besides these small grievances the Orlando proved itself to be a functional family vehicle, with the seats in the second and furthermost rear row able to fold away with minimal effort. There are also a multitude of storage solutions about the cabin - besides the area behind the flip-front audio head unit, there is also ample space in the doors and center console for loose items.

So while the Orlando may not be the Chevrolet brand’s most exciting vehicle, it’s miles ahead of the badge-engineered vehicles GM was guilty of selling in the mature European market not so long ago. Chevrolet still has a few skeletons in the closet that it needs to shake off before sophisticated European buyers can regard the brand as a true competitor to the Korean brands, but the Orlando is a fine second act to follow the Captiva.