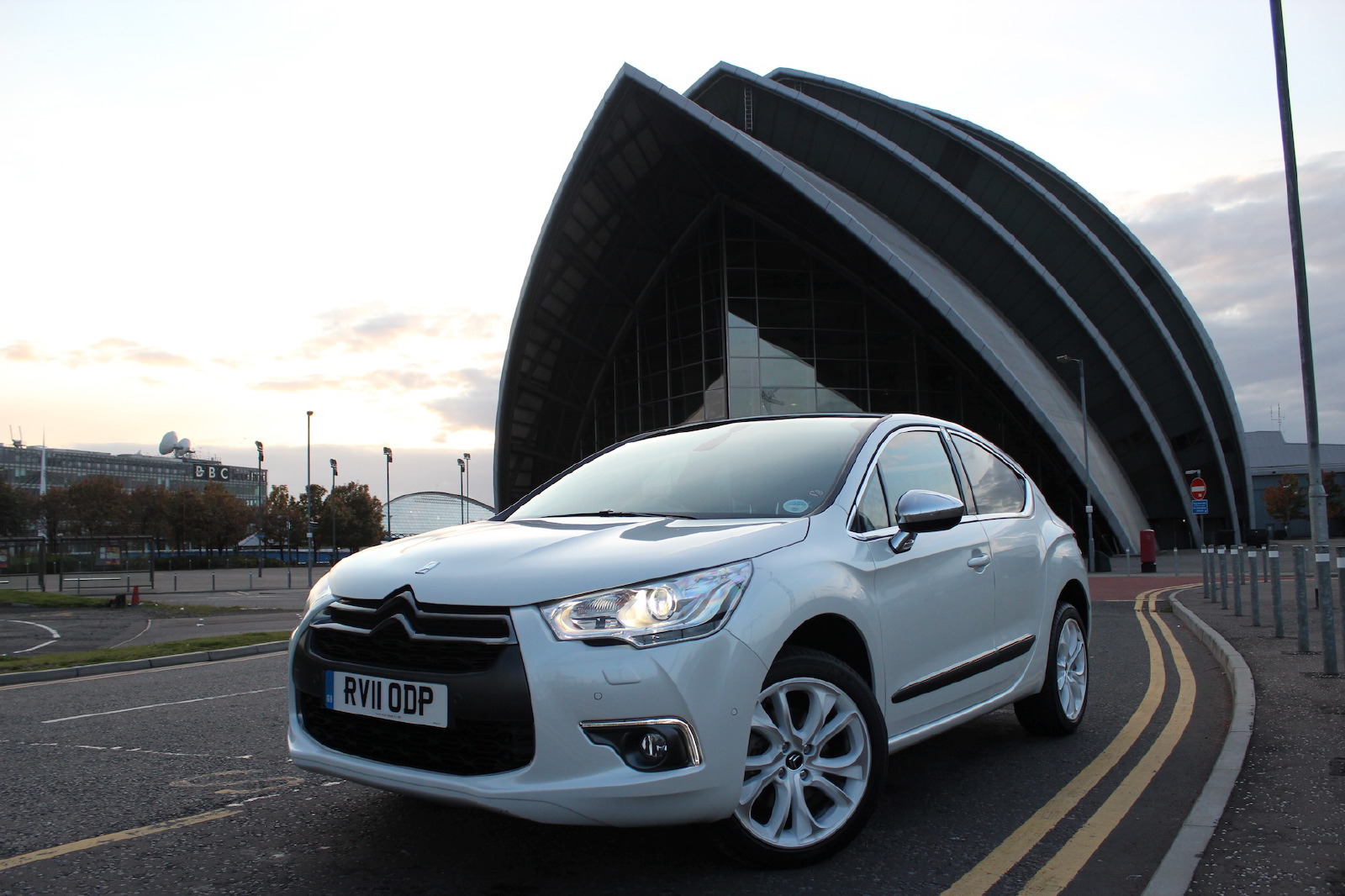 Citroen DS4 outside the Norman Foster-designed SECC in Glasgow, knicknamed 'the armadillo'. Click for larger images 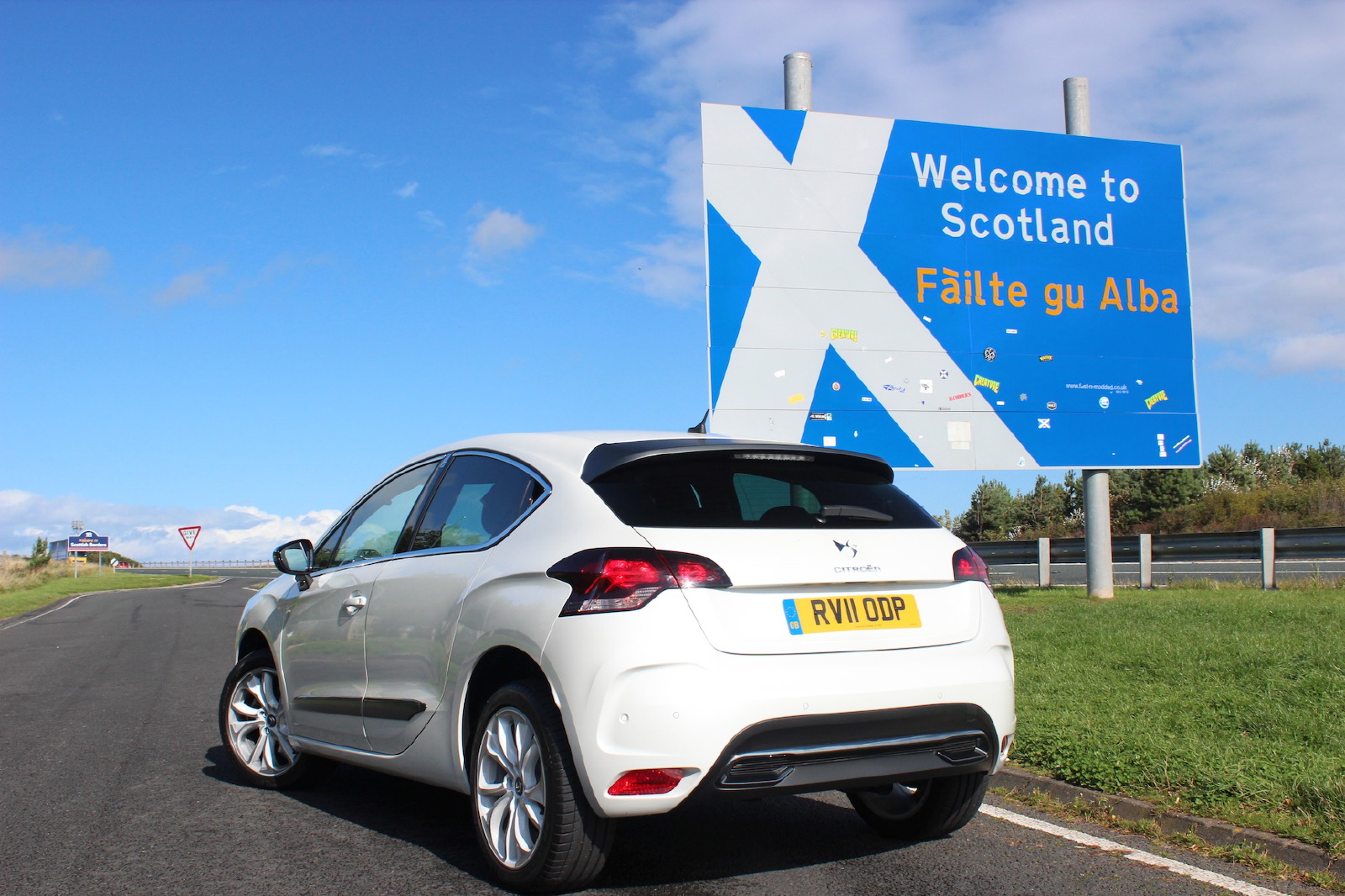 DS4 crossing into Scotland - rear aspect is arguably the most convincing 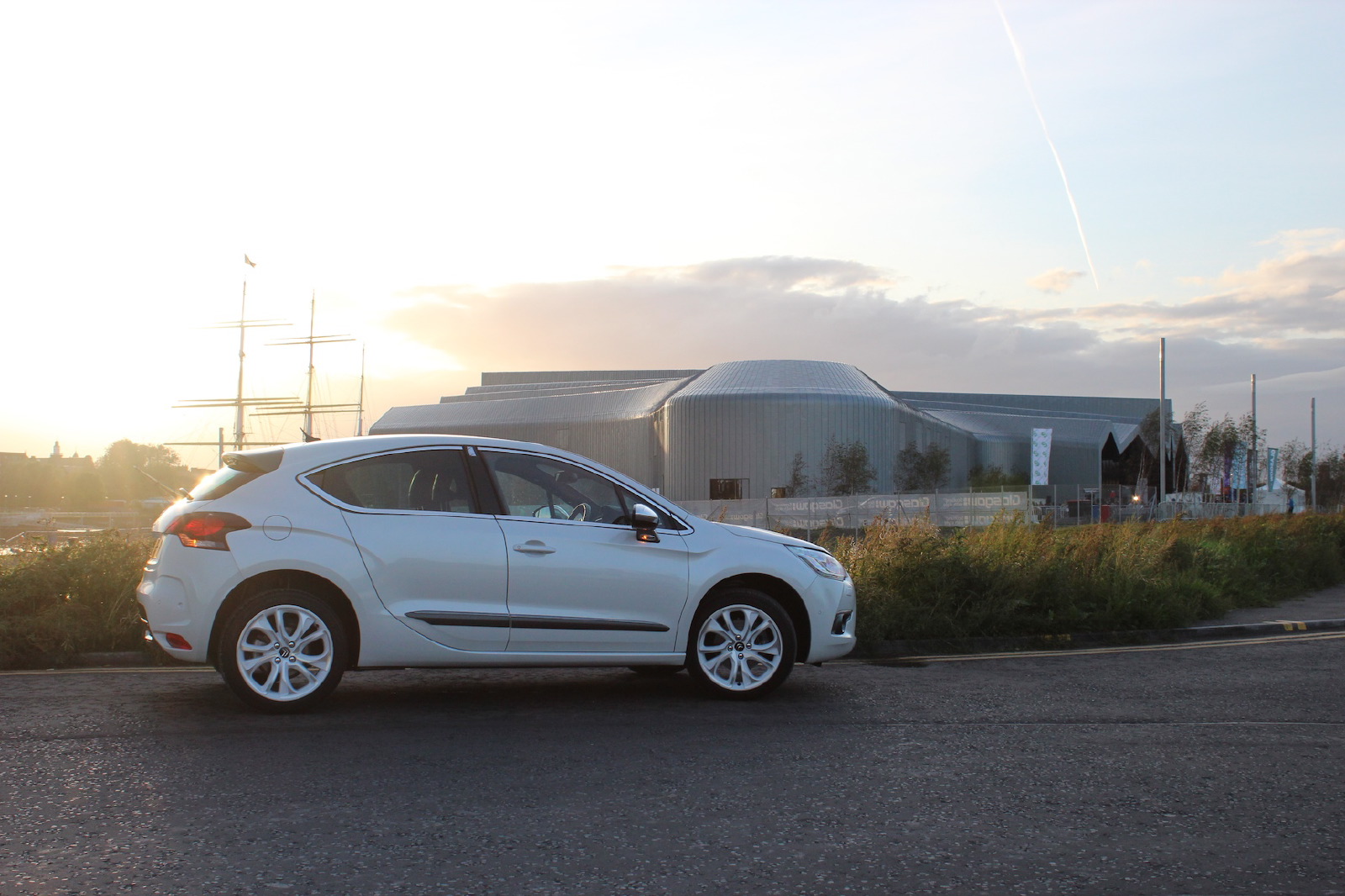 Coupe, SUV, MPV or hatch? None of the above really - the DS4's typology remains something of a mystery 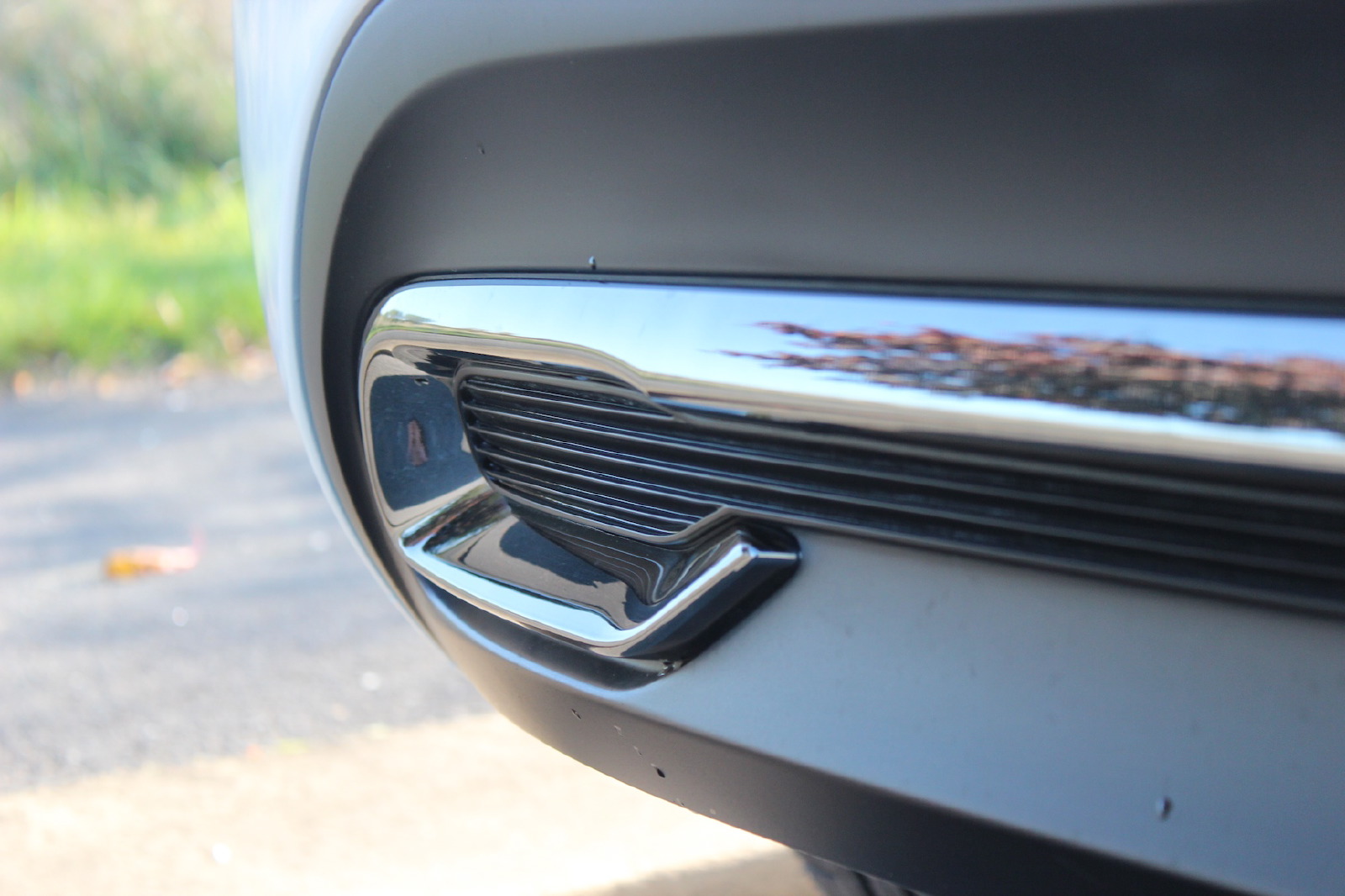 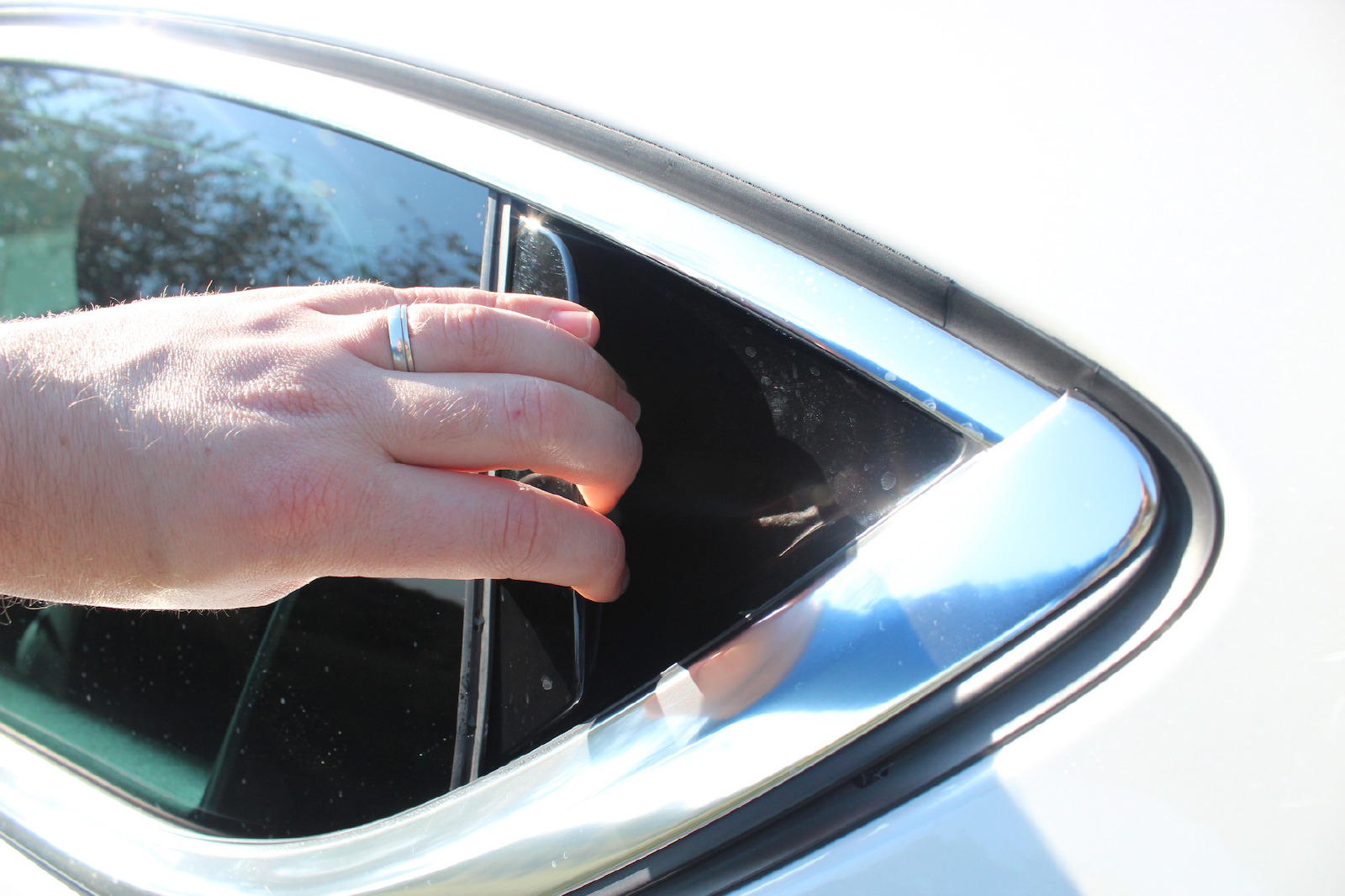 Chrome detailing abounds, adding to the sense of 'bling' - rear door handle wrapped into the DLO not very original 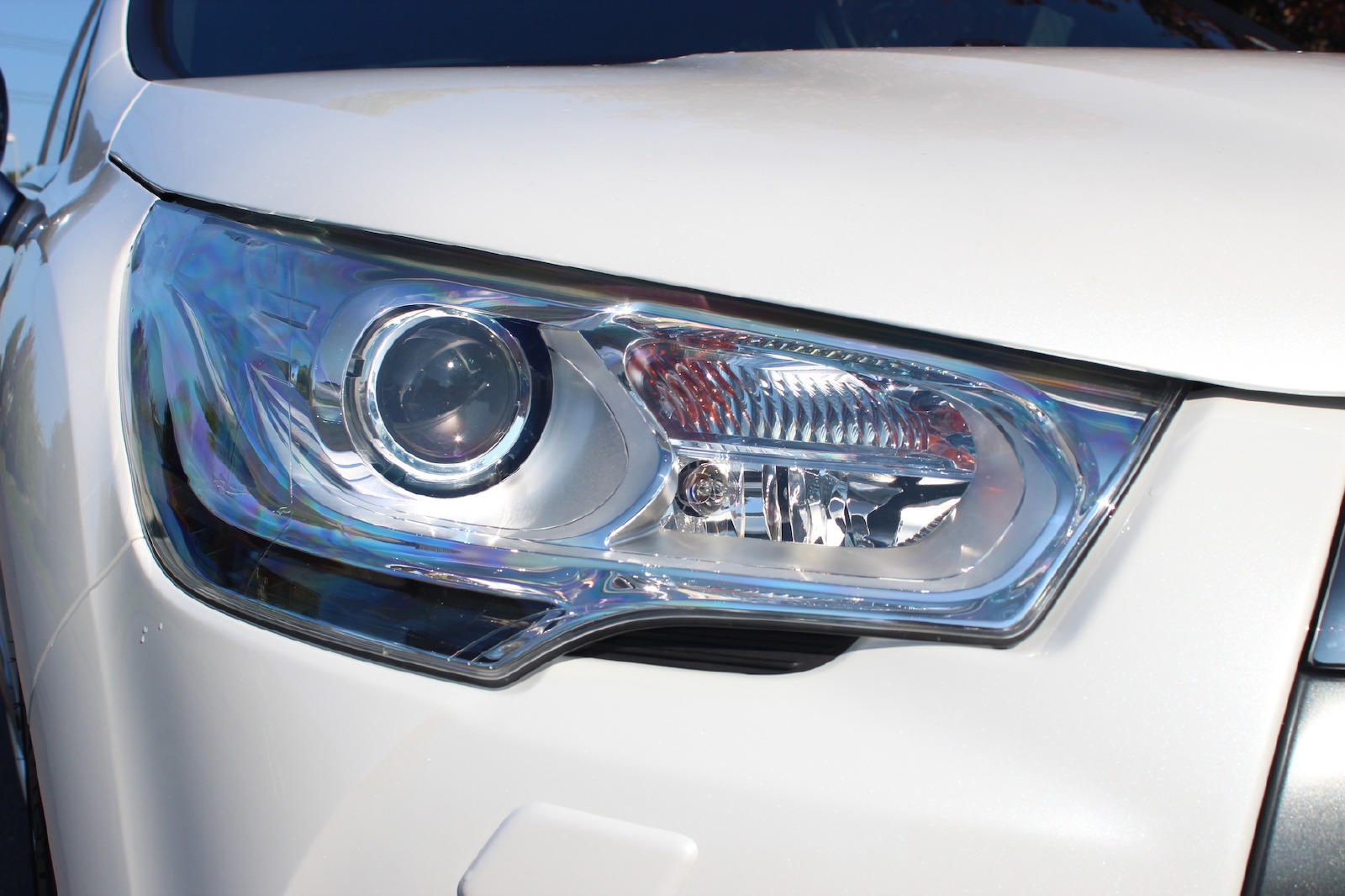 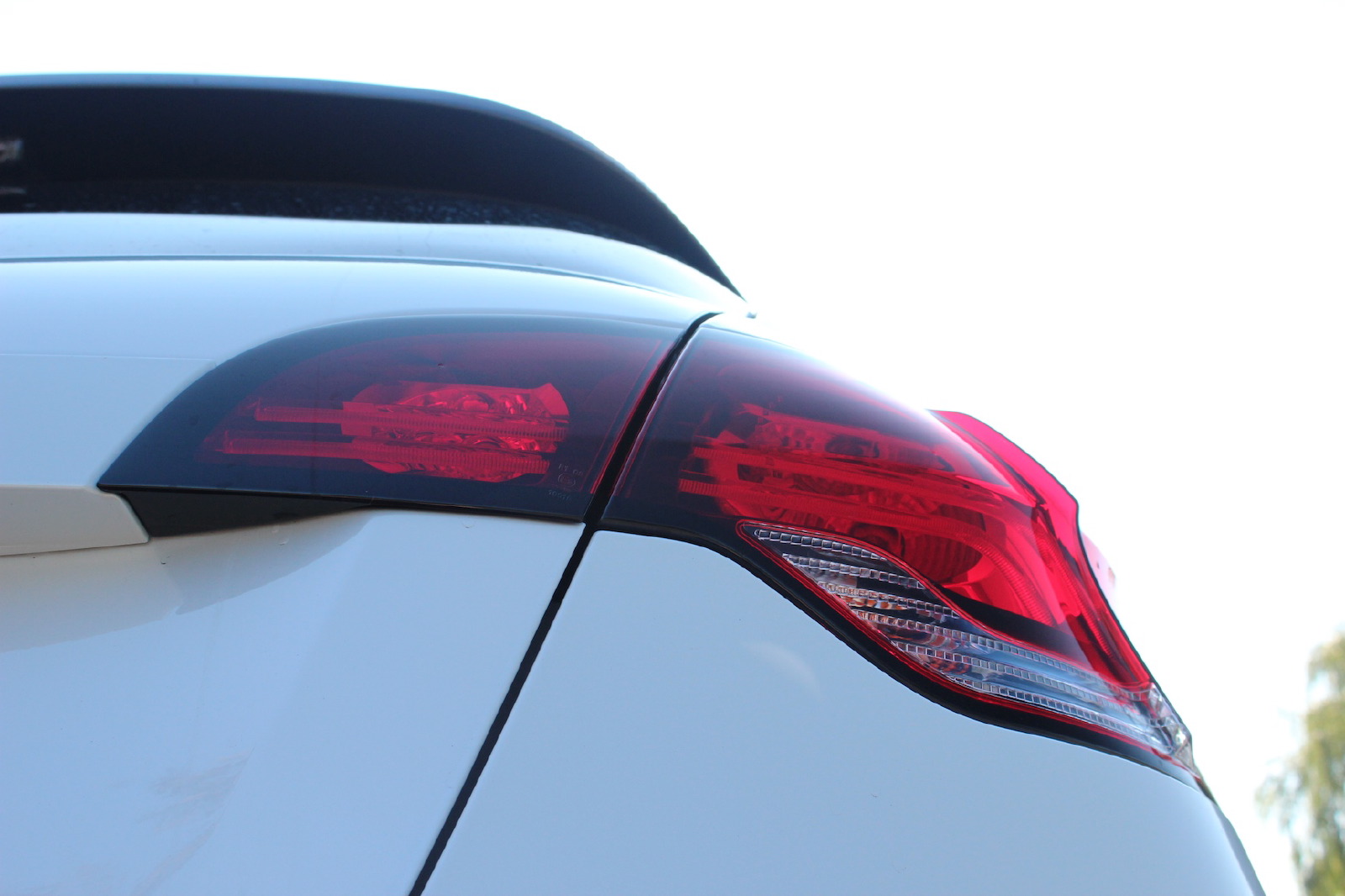 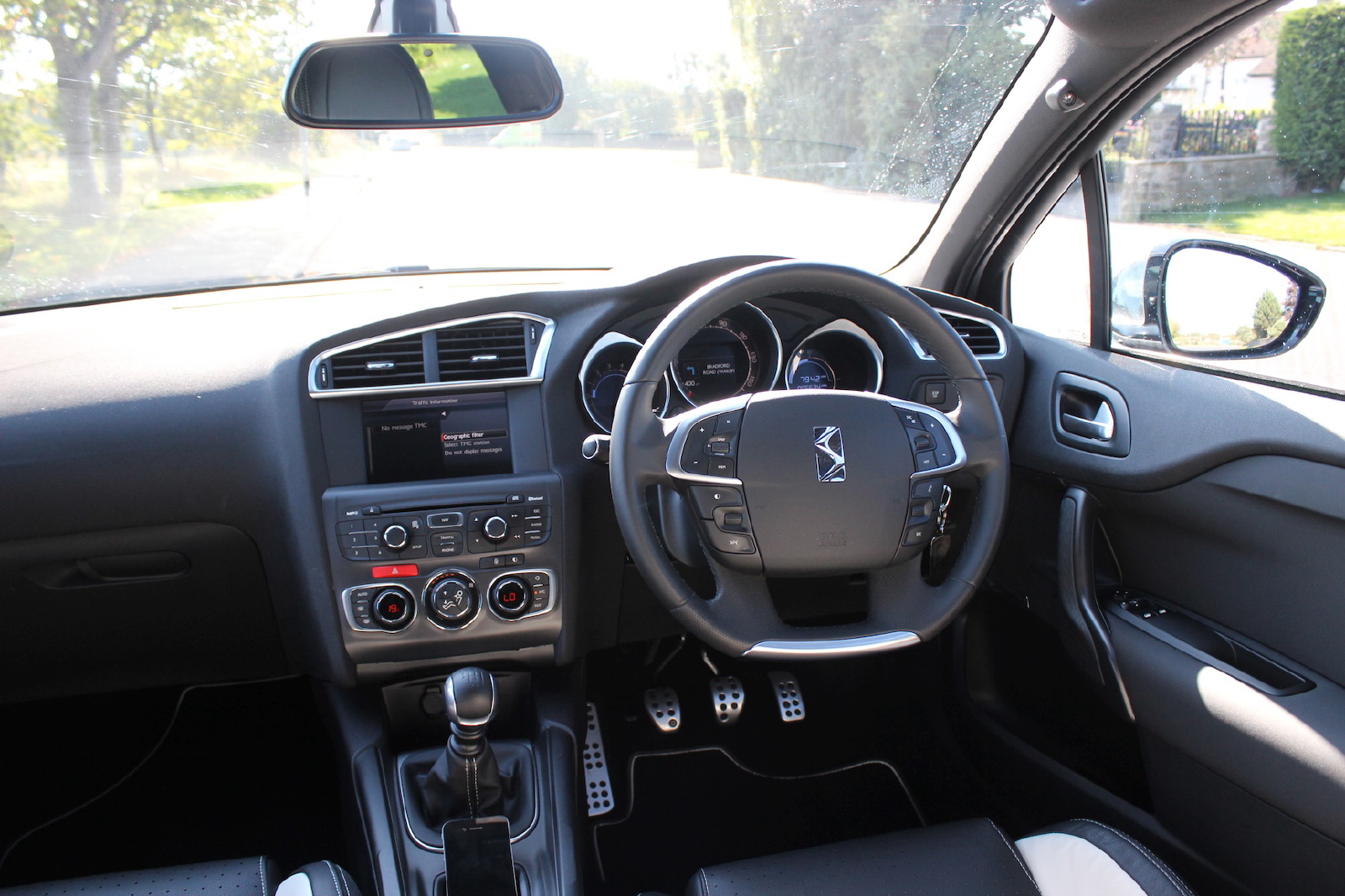 Interior is impressive... except for the dash carcass, which is carried over from the regular C4 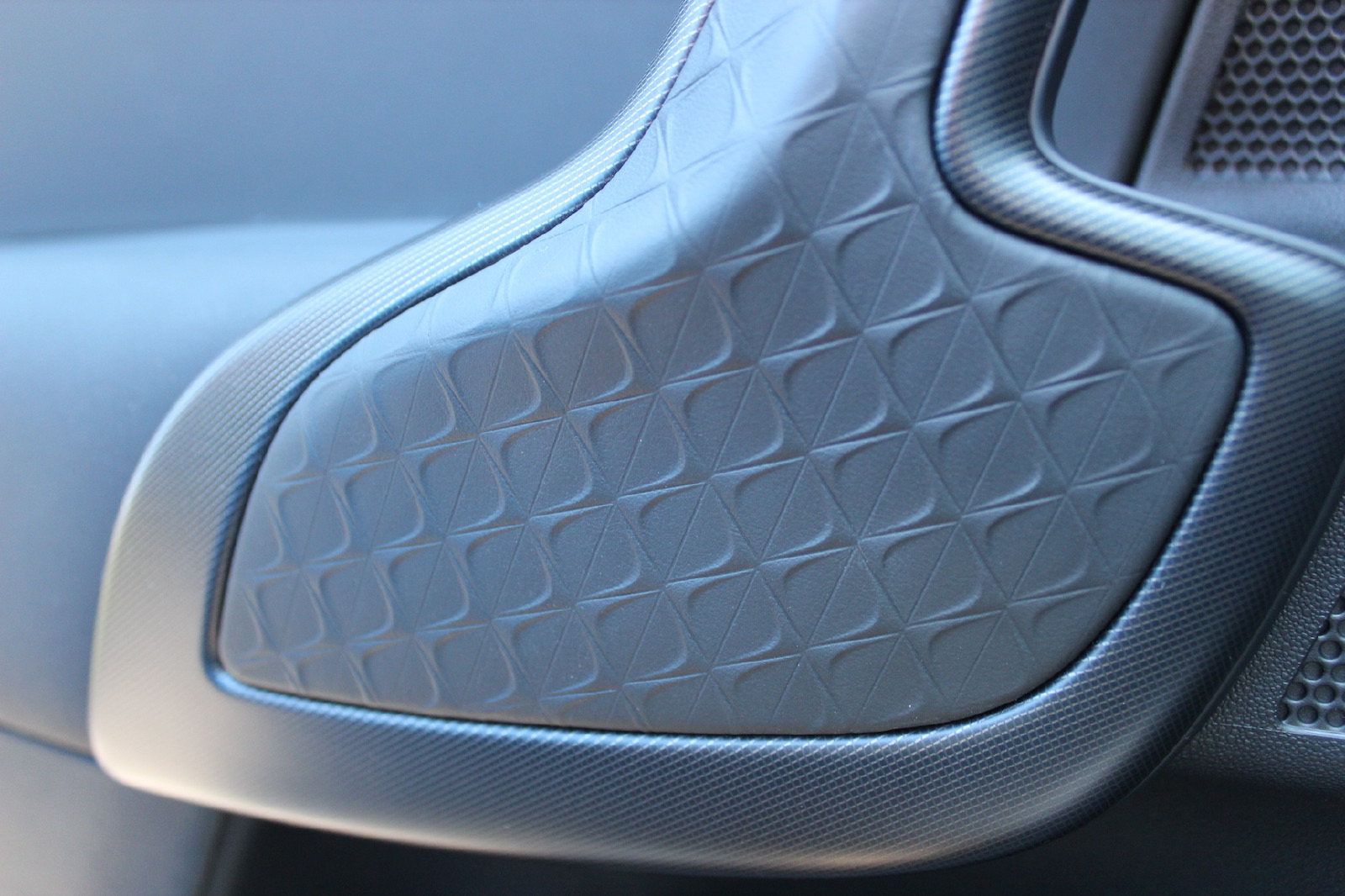 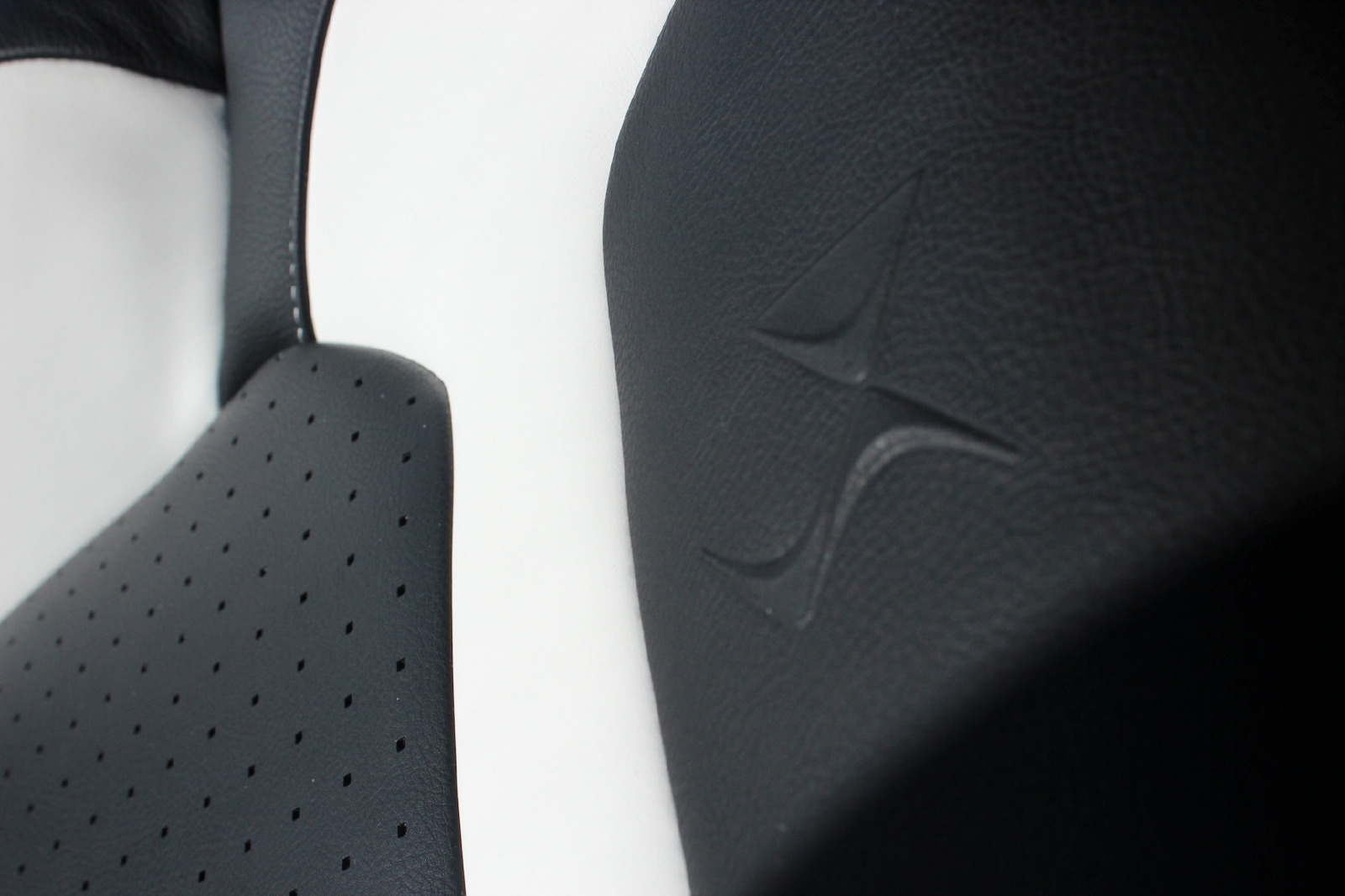 Leather, colorways, motifs are all impressive, add to the sense of quality and that the DS4 is a distinctly French, modern flavor of premium 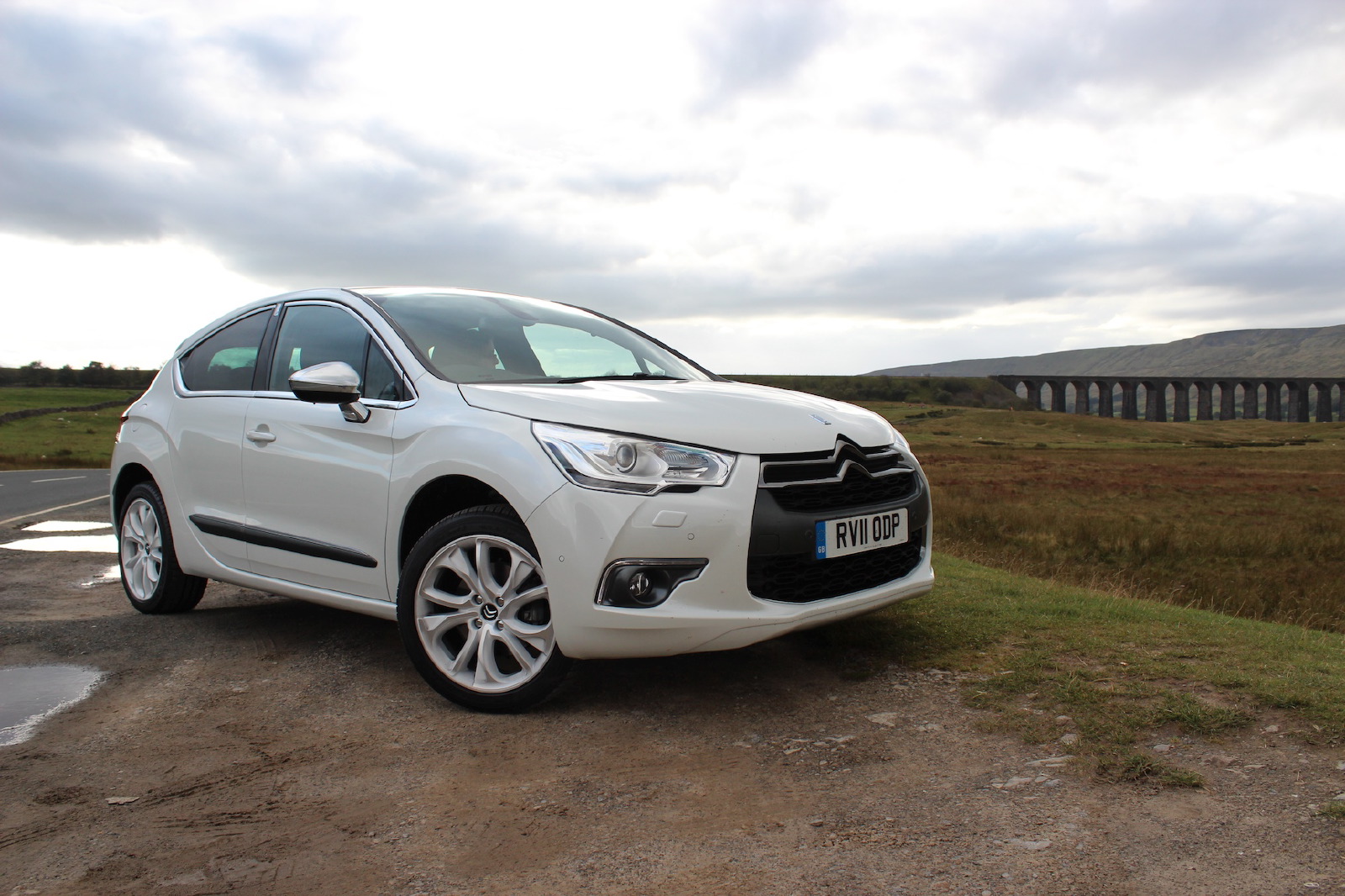 Recomissioning the DS name looked like a risk to many outside Citroen’s headquarters, including us. And the new sub-brand’s opening salvo - the DS3 - didn’t exactly calm the worries of those of us who hold the original in high esteem. Where was the ingenuity? The originality? The depth of design?

But based on sales success, the modern consumer appears to care little about nomenclature sacrilege and has greedily lapped up the idea of a sporting small hatch that apes Mini in every area bar price tag. Vélizy is having the last laugh. 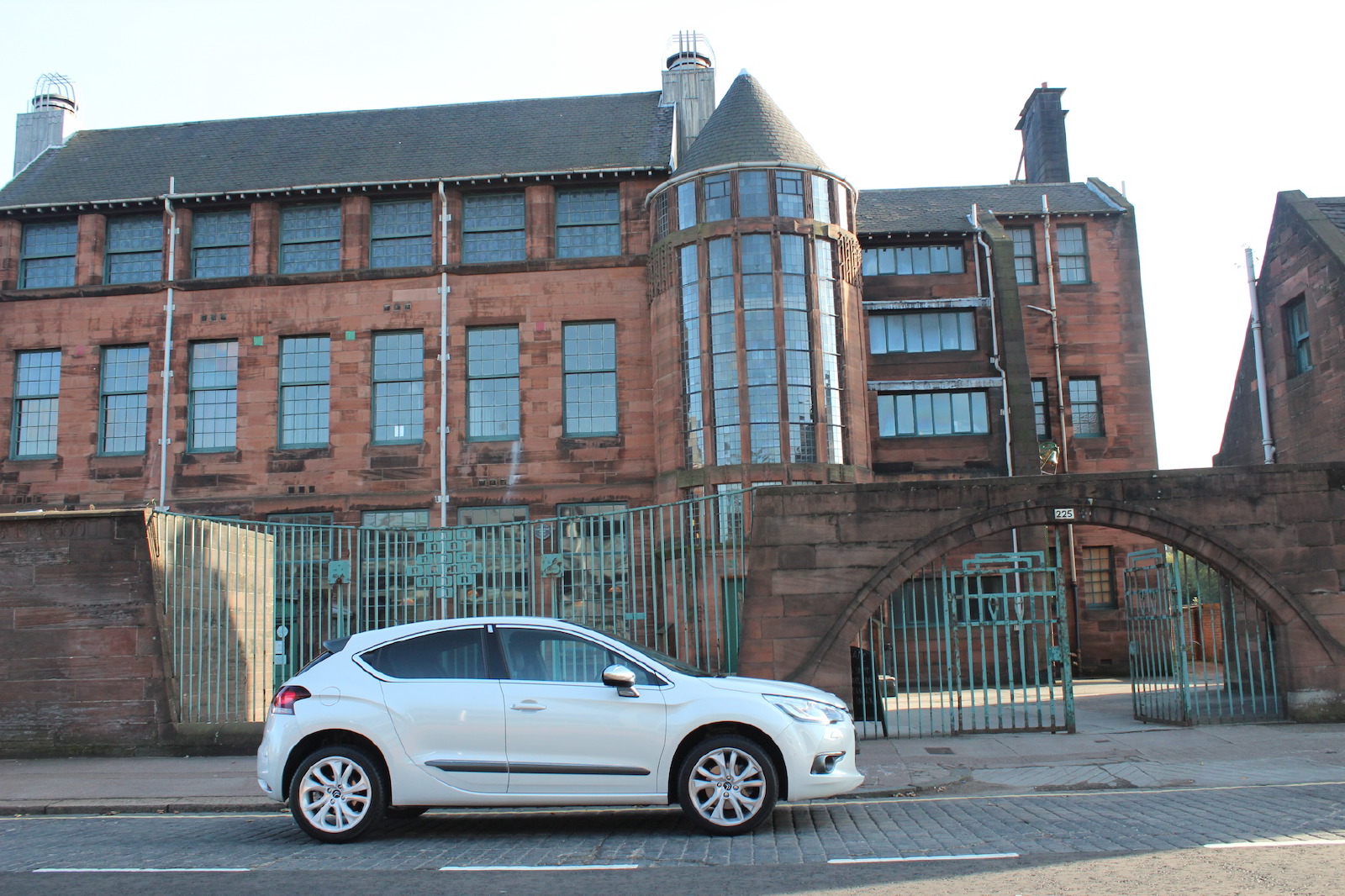 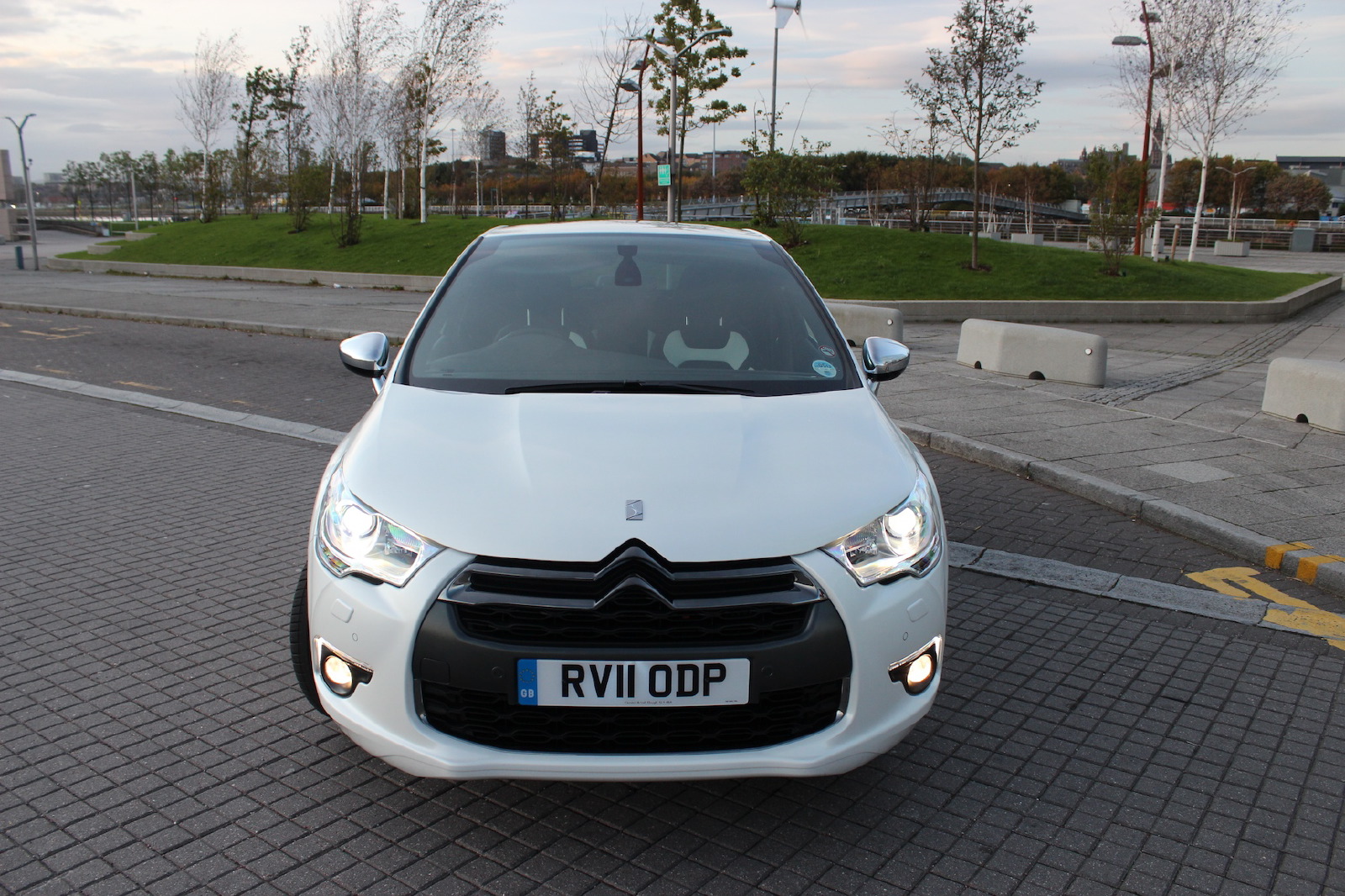 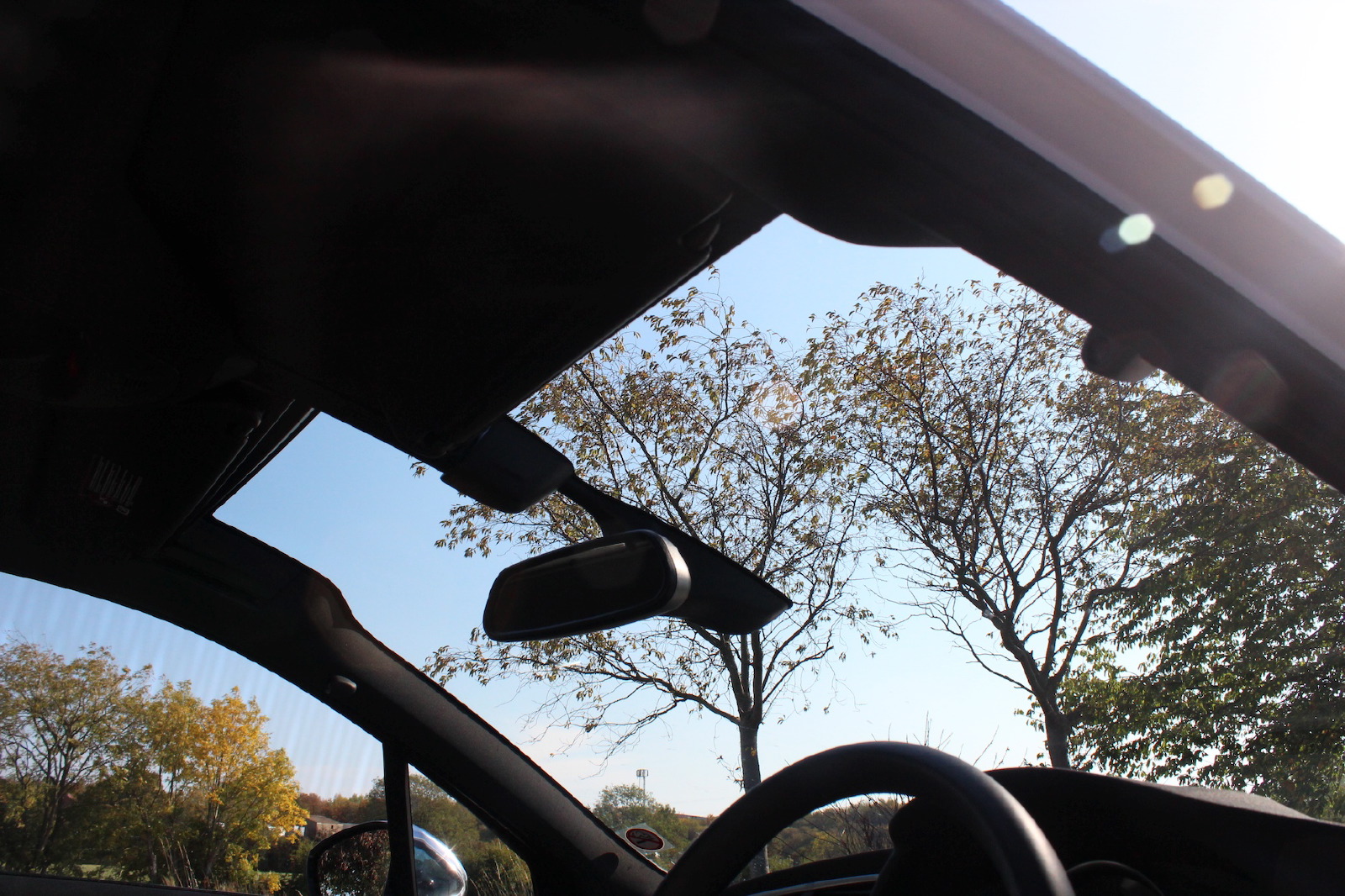 Visio-roof is a nice feature from inside the cabin, but relates the exterior more to Citroen's MPV Picasso ranges 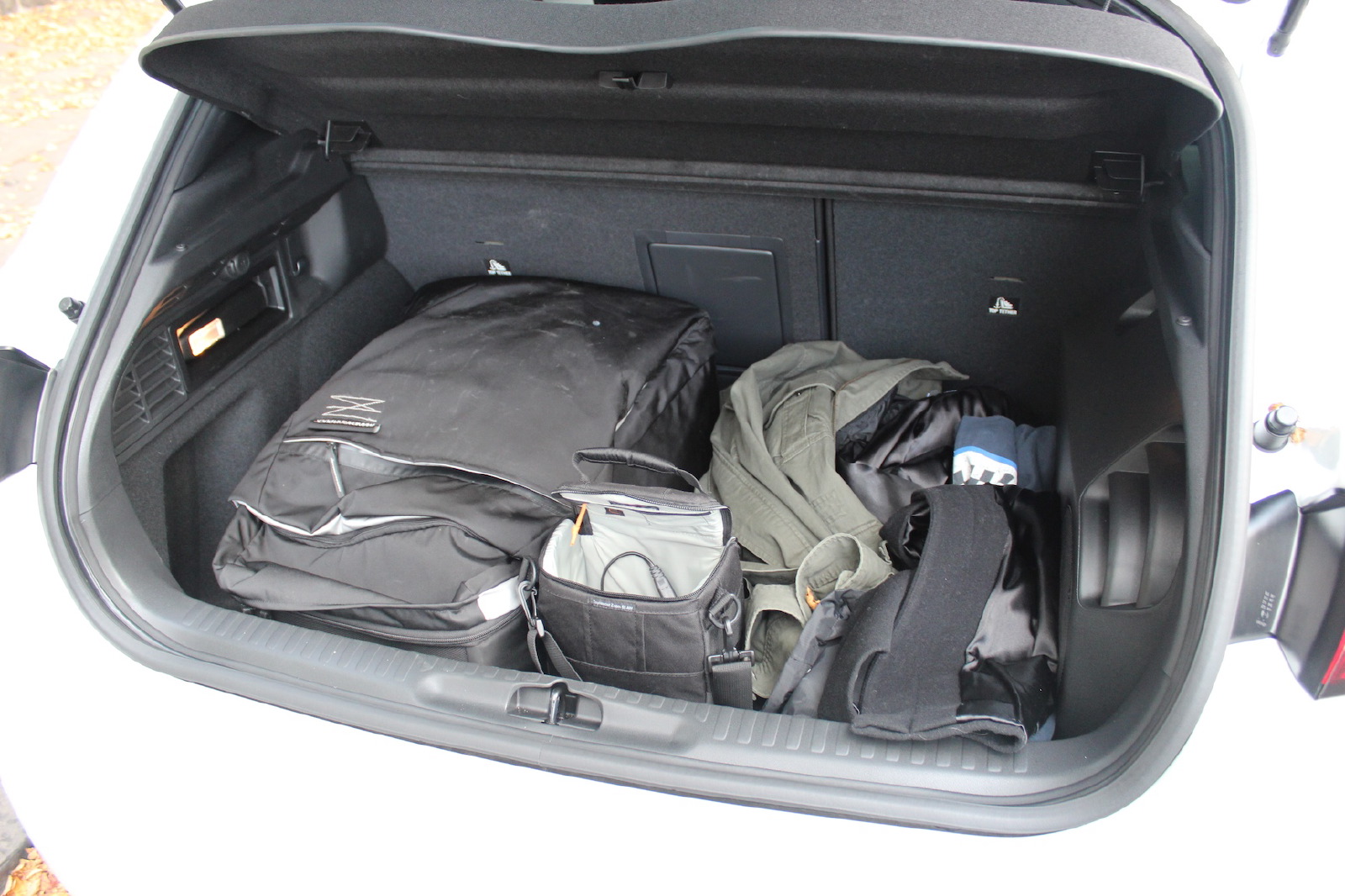 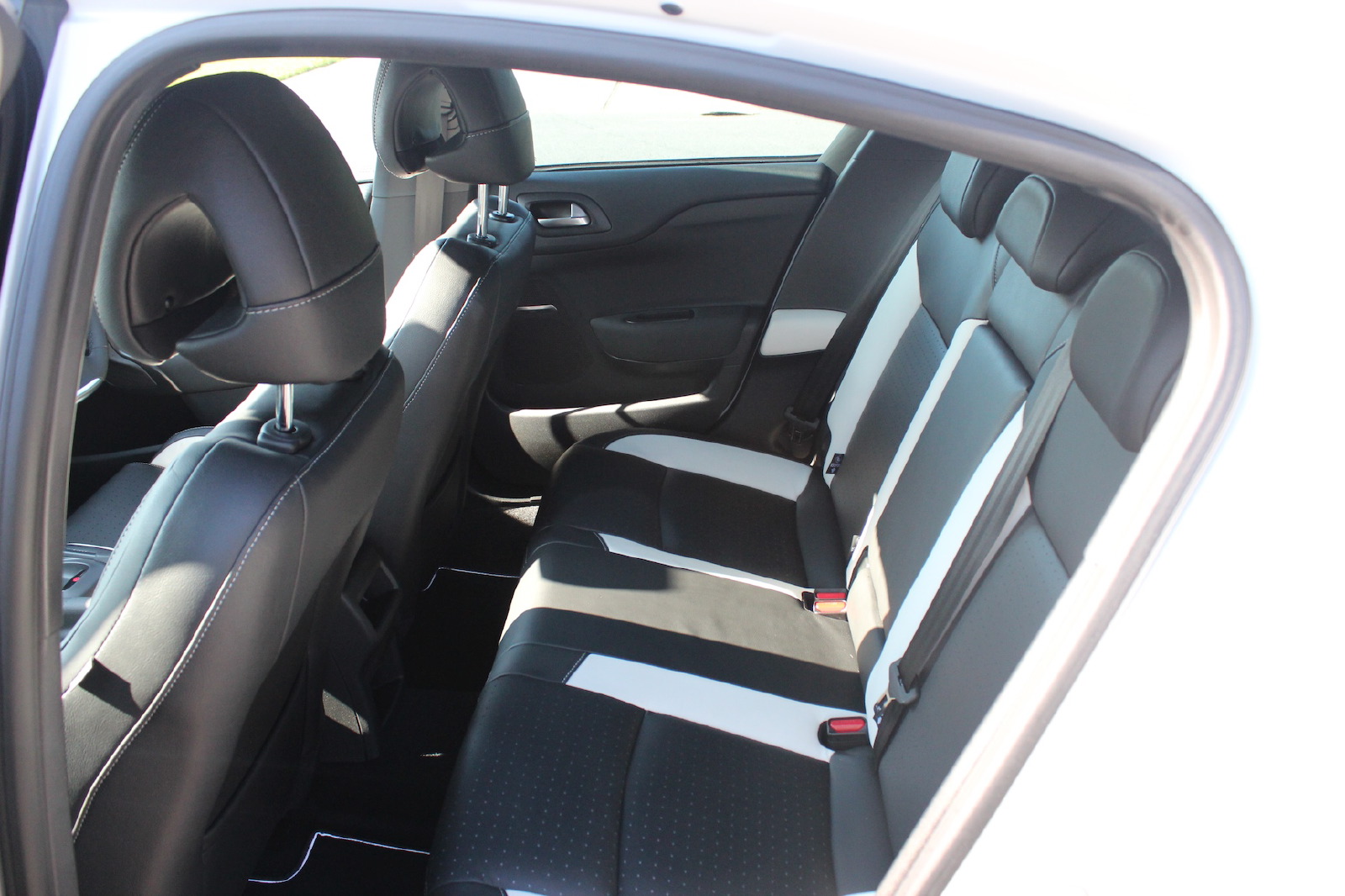 Rear seat looks cramped, but not bad once you're there - the small door aperture restricts access

The DS4 however, is the automotive equivalent of that difficult second album. While the DS3 succeeded precisely because of its obvious positioning relative to Mini, the DS4’s positioning relative to known segments is more ambiguous, its competition less clear.
Citroen says it is a coupe, yet it has rear doors, and the ride height says cod-SUV more back road screamer. So just what is the DS4?

Threading our way out of London, the first thing that strikes home about the DS4 is the level of light in the front cabin and the view you’re exposed to of London’s landmarks. This is thanks to the extended visio-screen, which pushes the header rail a foot or more further into the roof. It’s just a shame that the central sun visor track (which doubles as a wiring conduit for the rear-view mirror which sprouts from its end) is so clunkily detailed and cheap feeling. From the outside, the larger windscreen does the DS4’s coupe pretensions no help - it visually relates the car to Citroen’s C3 and C4 Picassos, and we suspect most would-be coupe drivers aren’t keen on projecting an MPV image…

Look beyond the marketing hyperbole and one can imaging how the DS4 could carve out a niche. Many people want the higher H-point without the SUV negative image. Young families value space beyond a typical C-segment hatch but don't necessarily want the nappy image that comes with their Scenic/C-Max MPV brethren. And older, empty-nesters like the idea of a sporting coupe but not the low-slung seating position or impracticality they often dictate.

Which makes the DS4’s slightly unresolved nature all the more frustrating. The most obvious issue is the lack of opening rear windows, necessitated because the glass shape created by the DLO won’t drop into the (small) rear door. That’s fine given the coupe billing, but in our view, the DS4 best suits an image-conscious small family in a need of a bigger, higher C-segment-sized car. Yet as any parent of a young baby knows, the ability to drop a rear window - even if it’s just to hook a window blind up - is fairly important and we can see many dismissing the DS4 based on its lack of ability to do this.

Much of this claim of coupe-dom comes from the integration of the rear door handle into the rear-most part of the DLO. Citroen have tread the path laid out by Honda, who followed Seat, who borrowed it off Alfa. Whatever happened to the double-chevron ploughing its own furrow? Yet while one door handle does not a coupe make, two of our friends completely missed the fact that this car had rear doors; trying to clamber into the back by way of the front when they came to get in it, so perhaps some will be fooled.

Regardless of typology, given the right colour and trim (or even the wrong one of all-white - including the wheels - of our test car) the DS4 cuts a dash that distinguishes it from the norm. Skin-deep the design may be, but the surface language of this car is far more flamboyant and pushing at the boundaries of what’s possible than anything we see in both mainstream and premium segments right now.

Combine this surface entertainment with some cleverly chosen details, judicious use of chrome and what the personalisation palettes offer and Citroen has created an aesthetic that’s quite unique, one we’d term ‘French premium bling’. The DS4 is the equivalent of a Superdry hoodie to the regular C4's beige cardigan. And its very appeal is that it’s clearly beyond - in excess of - what a customer gets from a mainstream offering. Yet equally, part of it’s appeal is that it could never come from the stuffy, multiple-shades-of-grey world of the German premium brands.

Inside, the rich contrast colors, ‘DS’ etch-motif and chain-link pattern leather lend a real opulent quality; even if specified a certain way it all gets a little too boudoir. Which makes that C4 carryover IP more the pity. We can’t understand why there’s none of the detail differentiation or piano lacquers like what is used on the DS3 to set it apart from the C3 with which it shares a dash carcass.

The only other real gripe inside is with the optional Sat Nav unit, which like other Citroen’s relies on a lot of unintuitive knob whirling to enter anything into it. Thankfully, the vast array of buttons on the (huge) steering wheel, which look daunting at first, become second nature in a few days and make most of the IP-based knobs and buttons redundant.

Who will buy the DS4 remains a moot point. Considered at face value, it doesn’t have the same pragmatic-yet-fun quality that’s made the DS3 such a popular choice. Yet for all that, we’re glad cars like the DS4 exist. Of course, it’s easy to poke holes in the depth of design - we suspect it would have Bertoni turning in his grave - yet given the very different landscape of modern car design that exists today, perhaps it’s unfair to this DS to keep harping on about its 60 year old namesake.

Because for the minority of customers that are bored with the perfectly resolved, yet oh so predictable design evolution offered by the German premium brands, the DS4 offers something genuinely different. A French, premium bling aesthetic wrapping a practical might not be to everyone’s taste, but we’re glad that someone’s offering it all the same.

We will continue to mourn and criticise the loss of true ingenuity in Citroen’s production designs, but it’s clear that with DS, the firm has re-found the ability to do what it has always done best - offer an alternative approach that sets its cars apart from the norm.