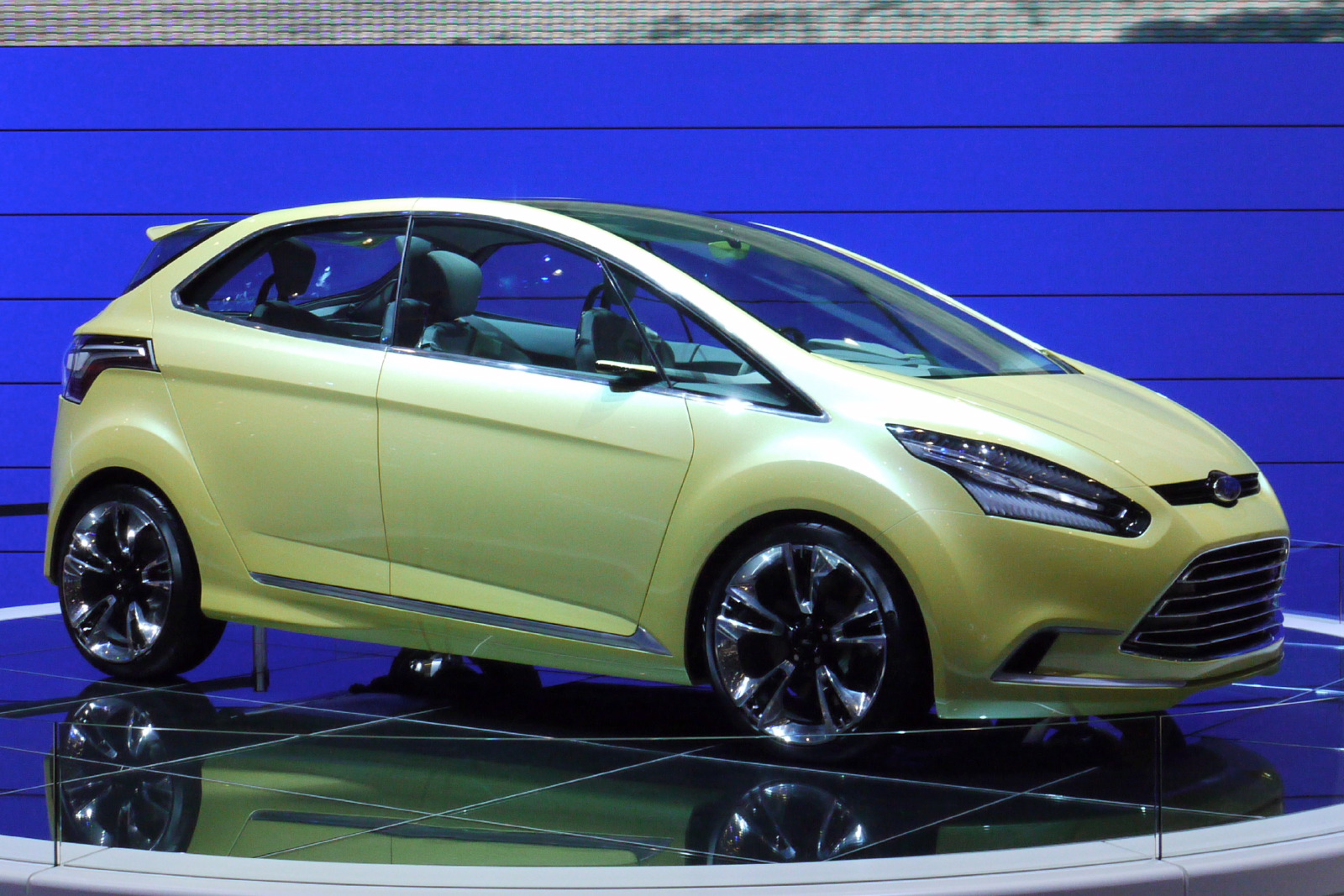 Construction of the Iosis MAX concept was executed in partnership with specialist coachbuilder Coggiola in Turin. Click for larger images 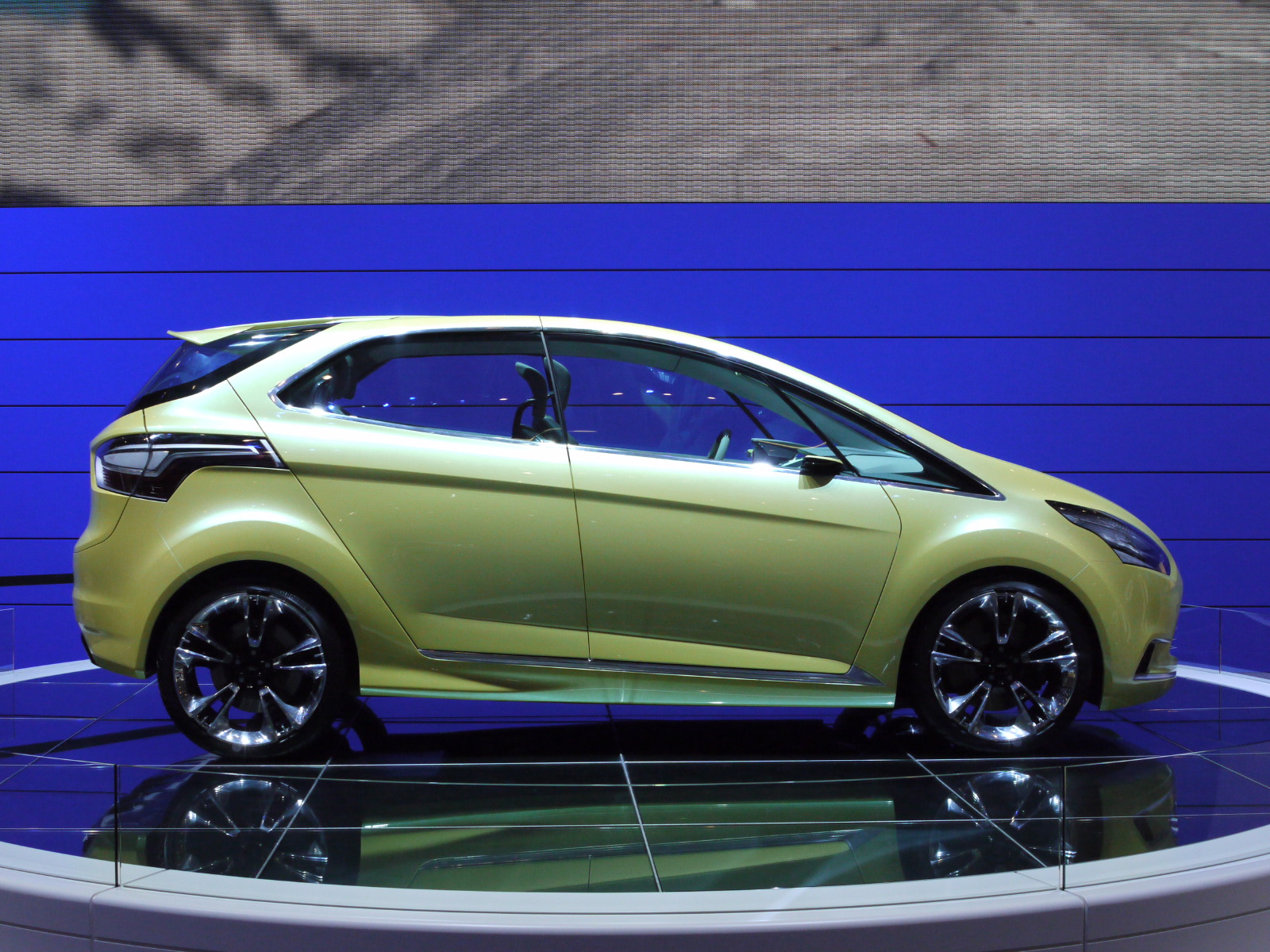 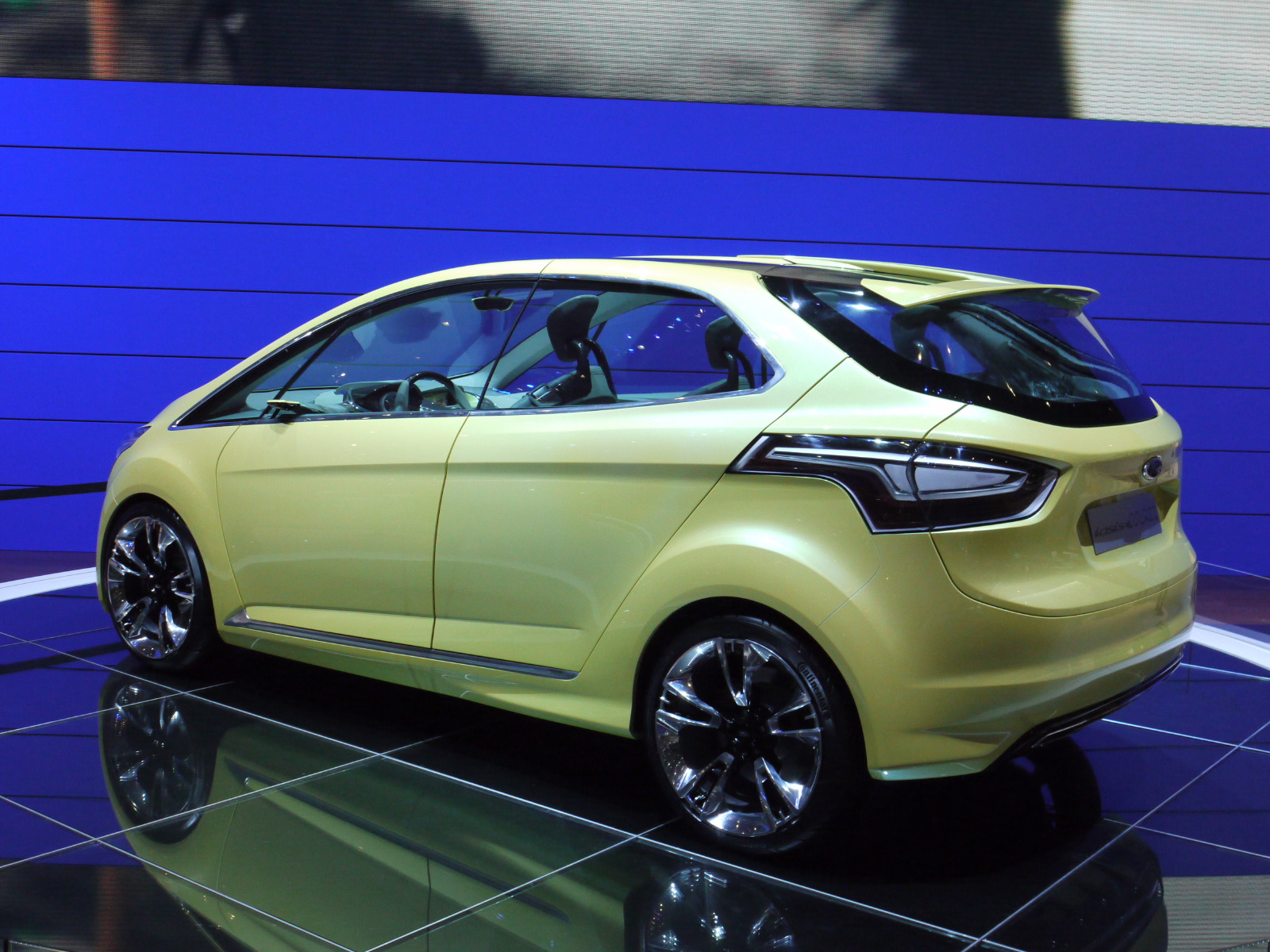 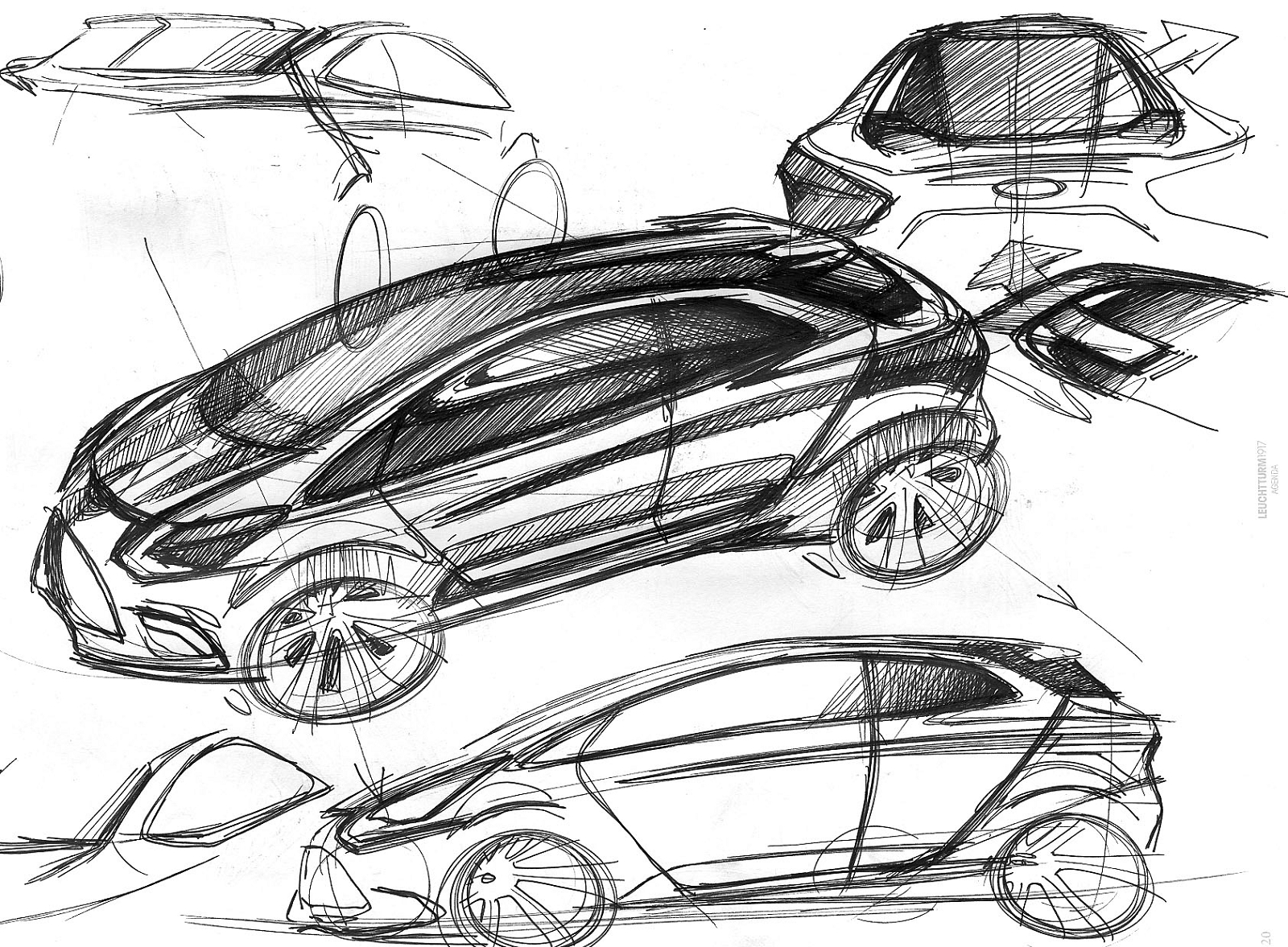 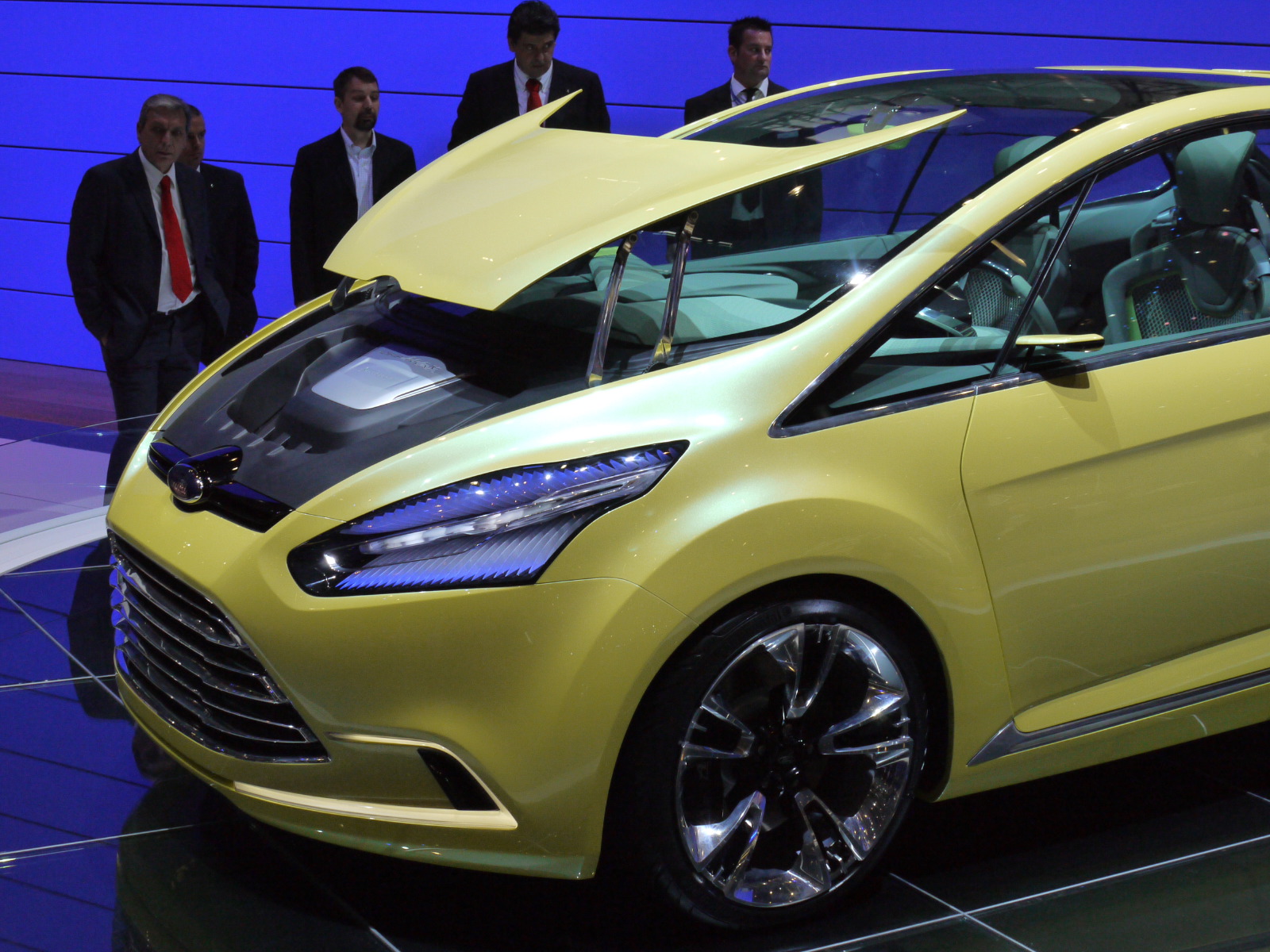 The upper grille carrying the Ford oval is actually created by a continuation of the engine’s ‘beauty cover. 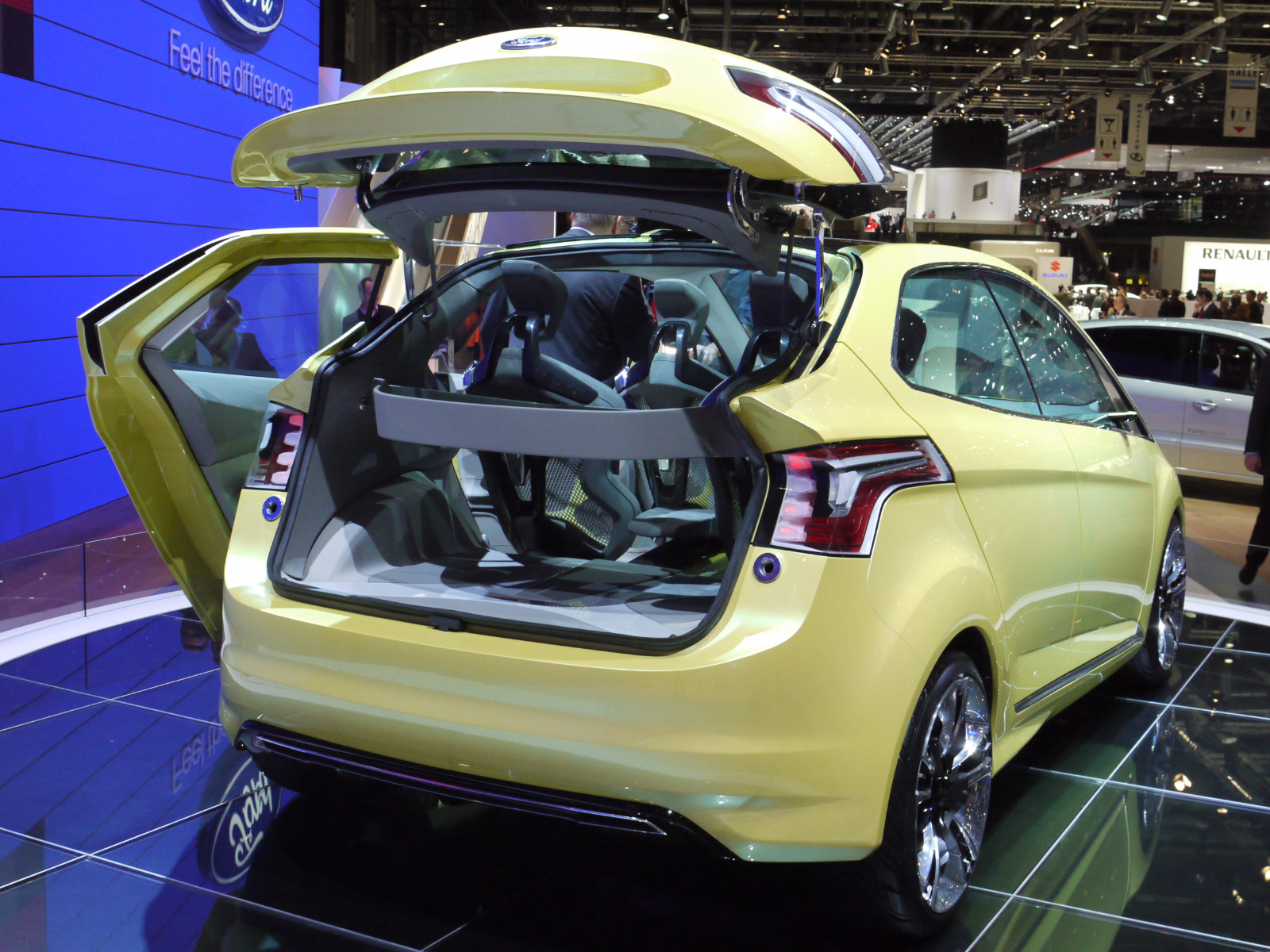 The MAX is the third Iosis concept we've seen from Ford in recent years. Each one has previewed a major production car from Ford of Europe (much in the same way as the Mercedes ‘Vision' series), so we've learned to regard them as important signifiers of where Martin Smith's team is headed next.

The first Iosis concept, presented at Frankfurt motor show in 2005, introduced us to Ford's new design language, dubbed 'Kinetic Design', and hinted at the styling of the 2007 Mondeo. Then we saw the Iosis X at the Paris show in 2006, which was a teaser to the 2008 Kuga crossover vehicle; Ford is quite open that this latest Iosis MAX previews the forthcoming Focus C-Max MAV design due in 2010. 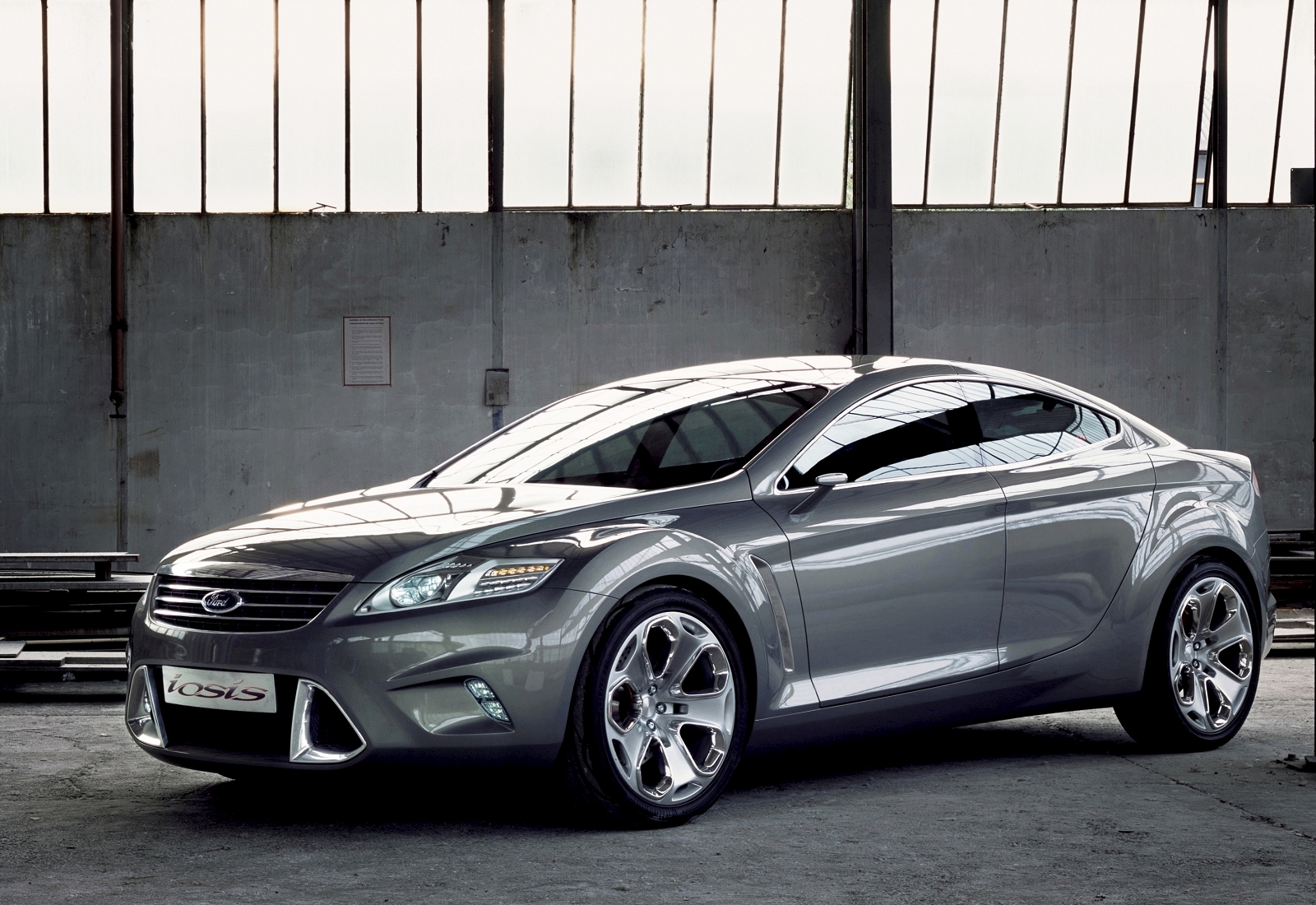 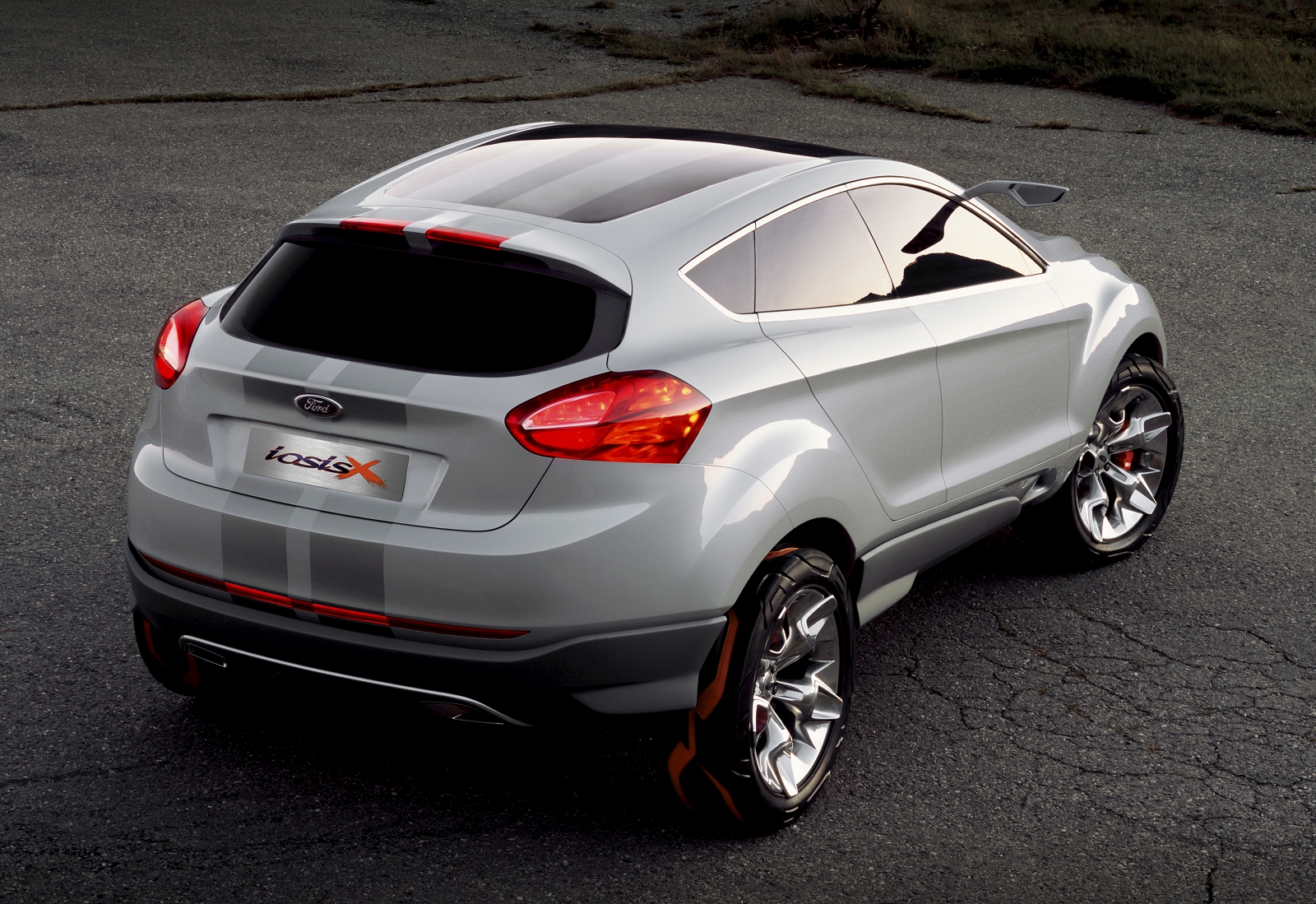 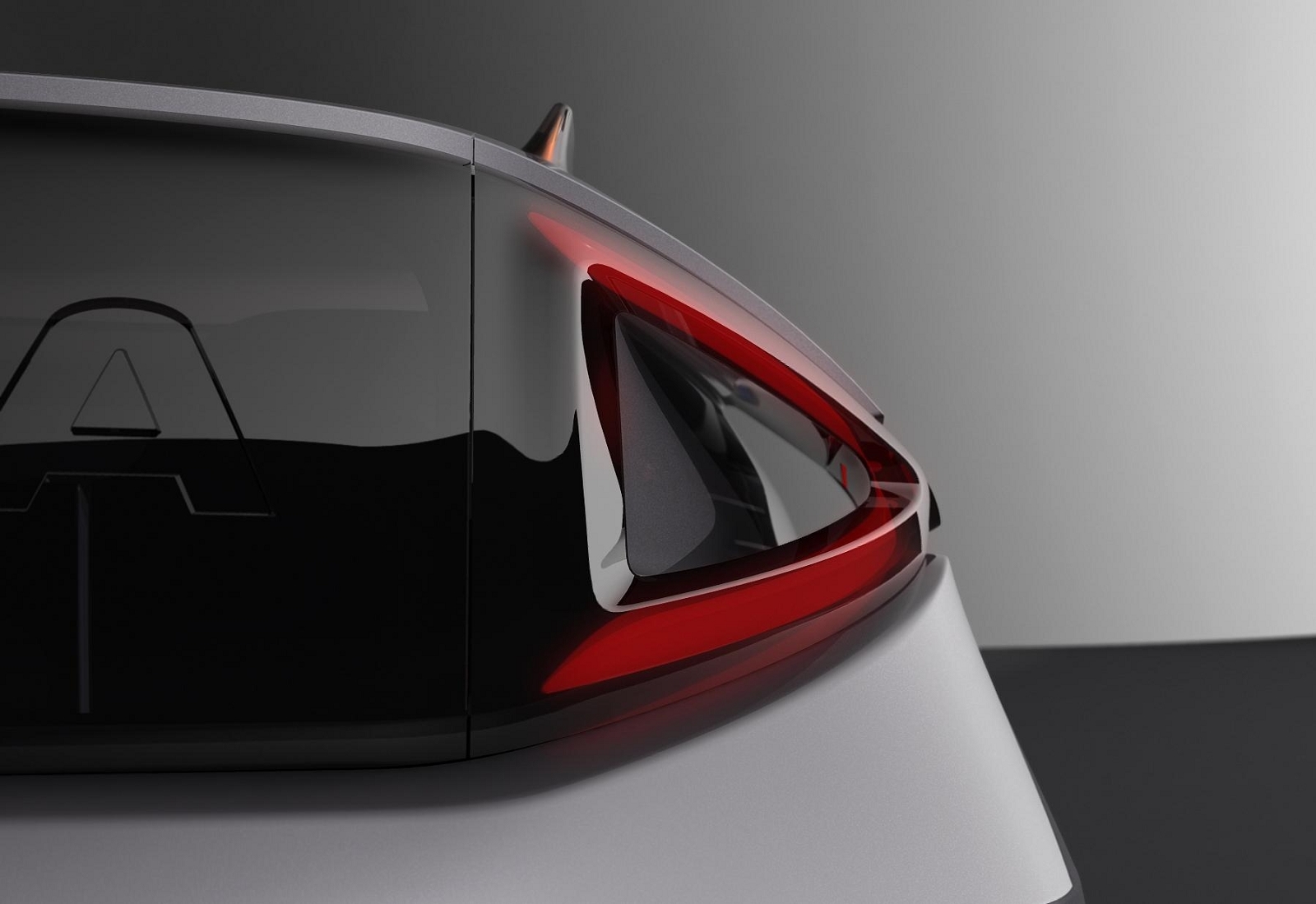 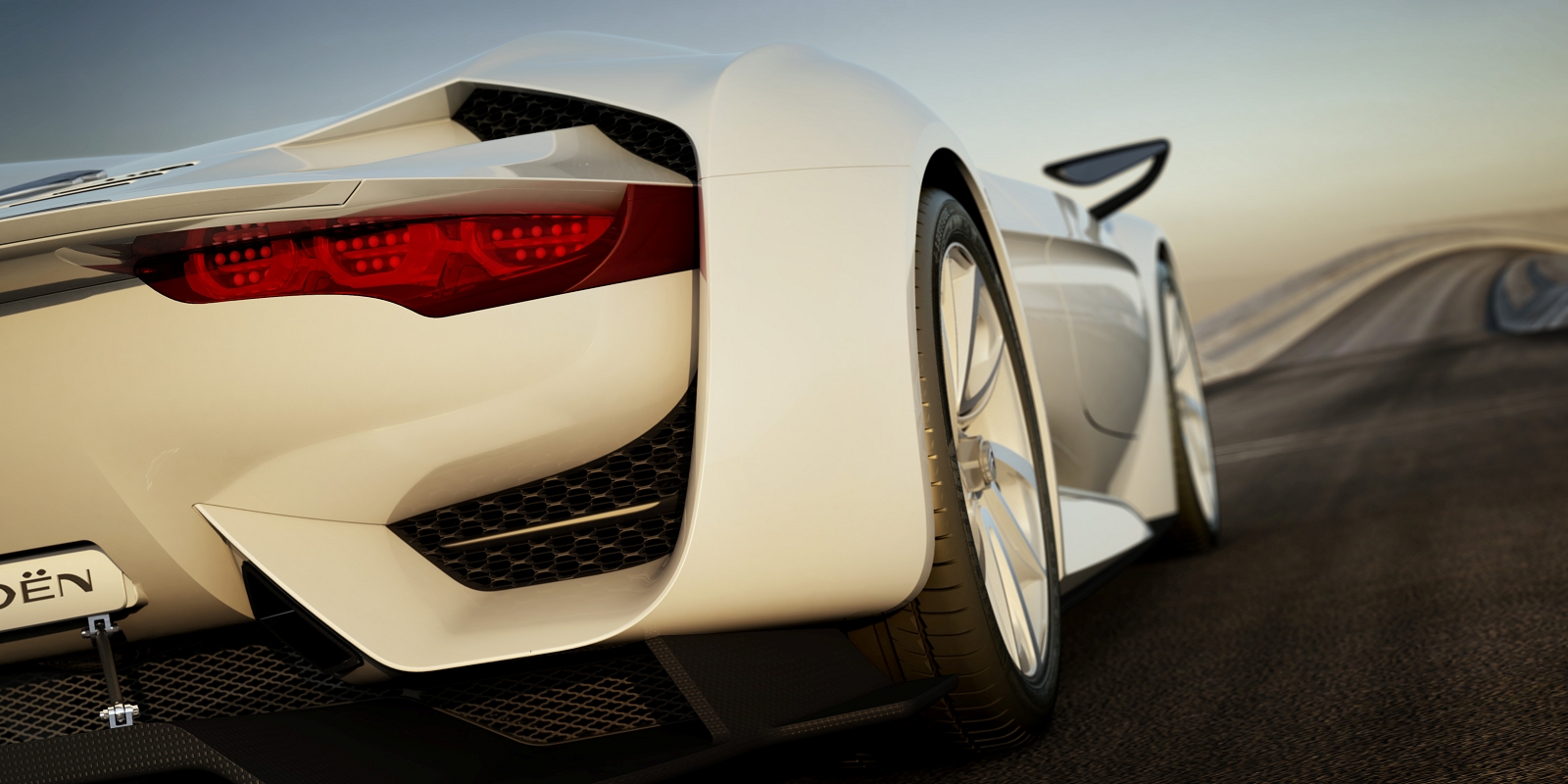 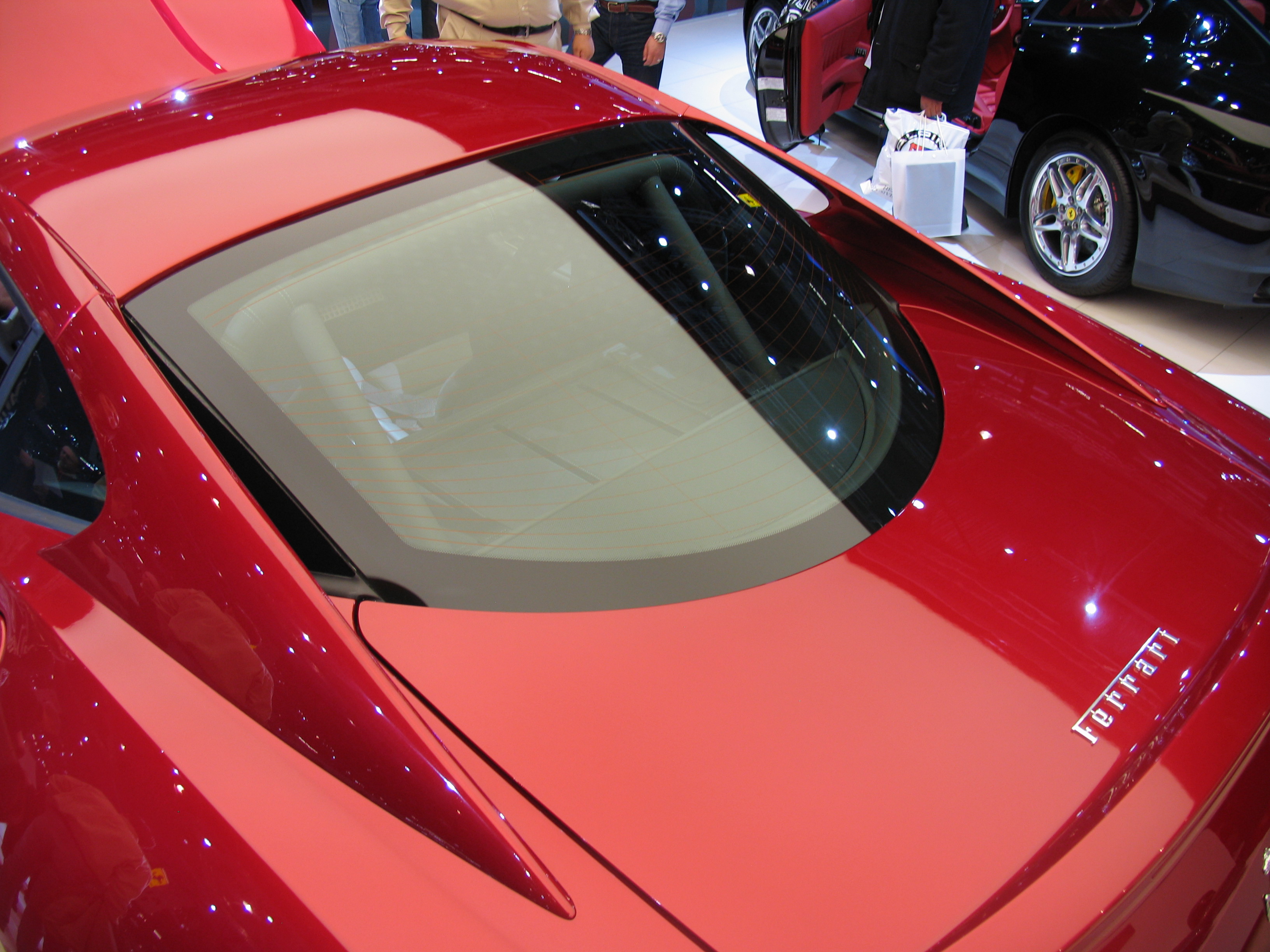 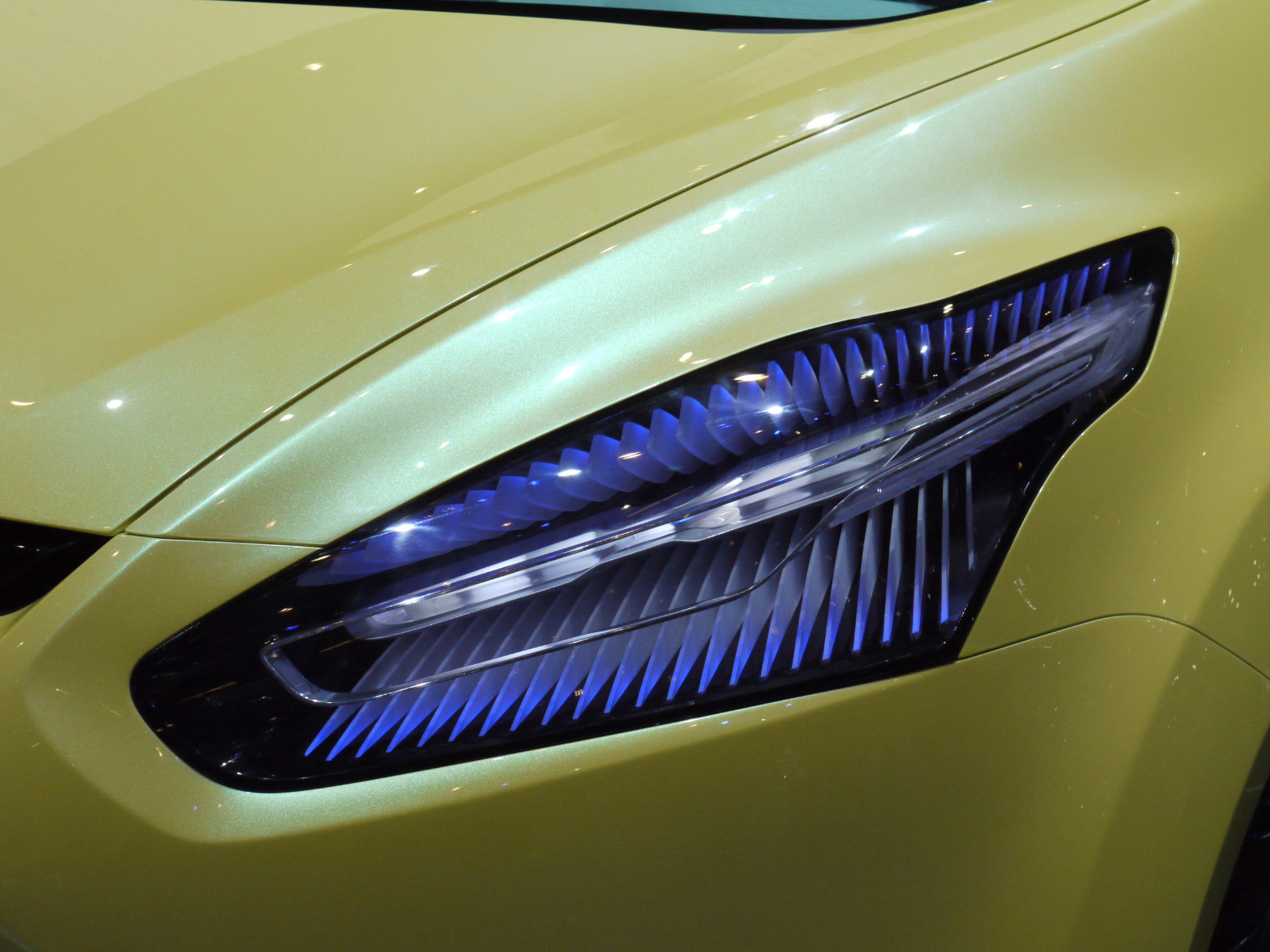 Daytime running lights are provided by a series of angular transparent sections that create the impression of eyelashes. The MAX's logo is also picked out on the bezel of the lamp 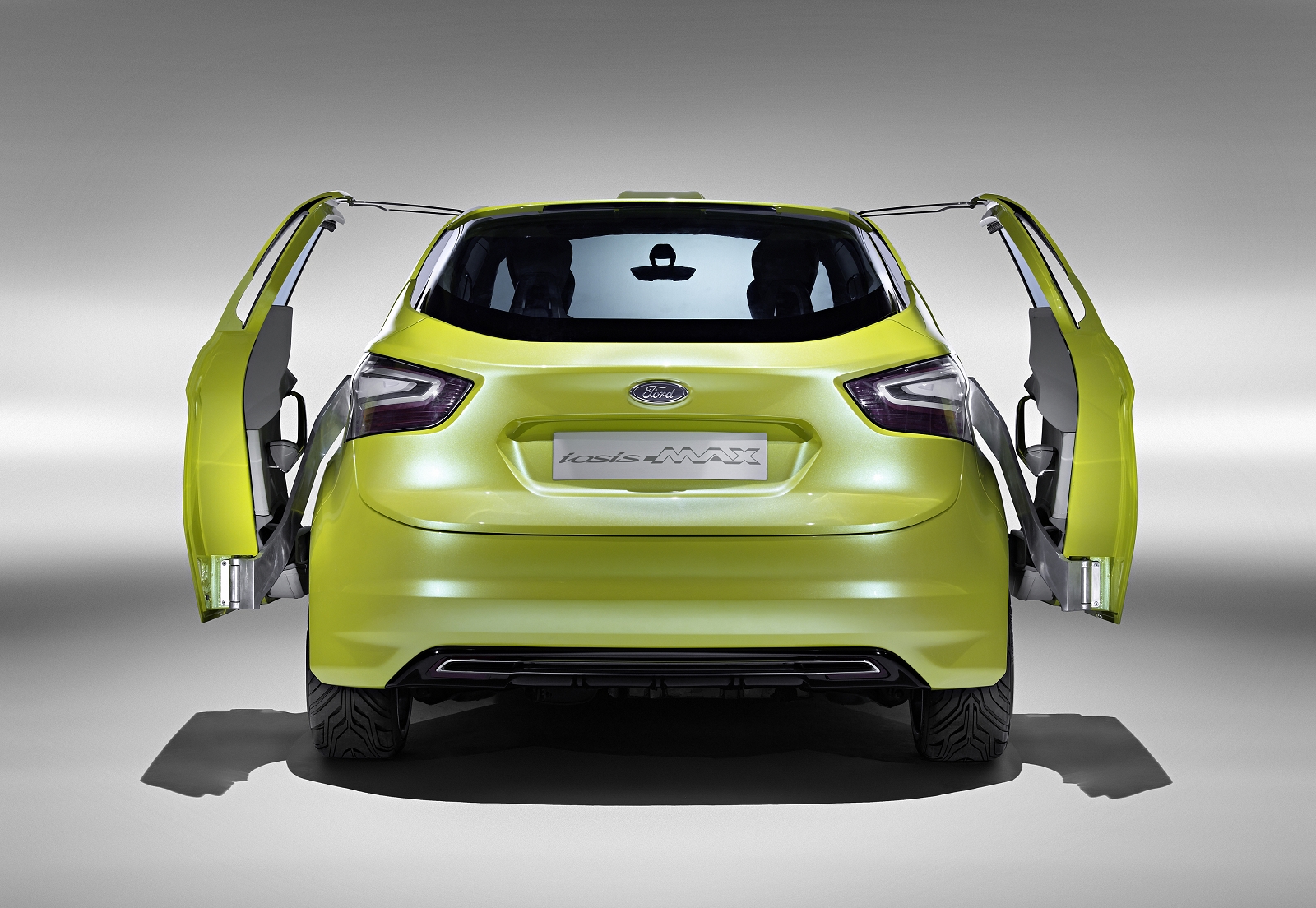 As with previous concepts, the Kinetic Design theme uses muscular surfacing and a dynamic stance to convey energy in motion, but here we see new elements added to the mix - including aerodynamics, lightness and efficiency. According to the design team, the Iosis MAX is meant to visually express the idea that cars may become lighter in future too.

Walking around the car at the show, several features stand out. The three-plane front end is dominated by the bold trapezoidal lower grille, which is now used across the range in Europe. For the first time, however, the grille features a new treatment with three horizontal chrome-rimmed bars - giving the vehicle's face a more dynamic and imposing feel - and is flanked by strips of LEDs framing the outer brake duct inlets.

This dynamic look is mellowed by headlamps with unusual daytime running lamps and formed by vertical transparent fins that look great when lit up in blue but give a sleepy, slightly aquatic look when not illuminated.

Moving rearwards, the rear door glass kicks in to create a subtle flying buttress effect, a theme that's suddenly become popular for show cars; the Dacia Duster, Renault Ondelios and GTbyCitroen have all recently displayed this feature. The C-pillars act as spoilers, channeling airflow as close as possible to the tailgate glass for optimum aerodynamics. The pillars work in combination with the dramatic-looking spoiler, mounted centrally at the rear of the roof structure with its wings cantilevered above the tailgate glass.

"Using the rear door frame as a form of 'aero-blade' helps us create a unique style while also giving important functional benefits," says Stefan Lamm, chief exterior designer. "Details like this enable us to demonstrate that MAV vehicles can be more emotional and dynamic without losing their functional qualities."

At the rear, the theme of the front grille is cleverly repeated in two different ways. Within the taillamps there's a loop of silver LEDs with a similar section to the grille bars, and low down in the rear diffuser we see a wide exhaust slot surrounded by secondary lamps. The main rear lamps extend into the tailgate shut to provide marker lamps when the tailgate is raised, as on the Audi Q7.

New opening kinematics is a particular feature on this car too. The big rear doors open with a parallelogram action on a huge S-shaped rotating hinge - yet note the unusual way that the front doors remain frameless. Then there's the tailgate, which opens in three sections as a way of minimizing intrusion in confined spaces. The big octagonal rear glass lifts up together with the T-shaped floating rear spoiler, which slides along a slot in the roof. The lower part then rotates up on a parallelogram action, with the inner structure splitting off to lie underneath the glass and the remainder lying over the glass, providing a wide trunk aperture.

Indeed, the whole sequence is quite fascinating to watch. We needed several repetitions of the sequence to fully understand the kinematics as the graphics of the entire rear ensemble shifted around on their chrome links. Finally, there's an active hood system up front with a double parallelogram hinge for improved pedestrian protection.