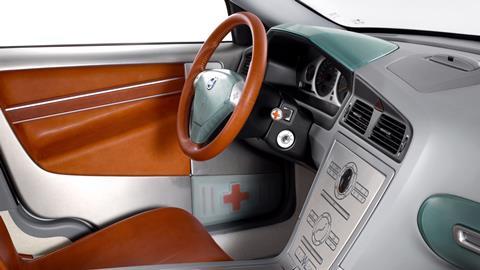 To mark its 20th anniversary Interior Motives returns to print

Twenty years ago South Korea was on the cusp of World Cup glory, Nickleback ruled the airwaves and interior design was known as inferior design. Car Design News editor James McLachlan takes quick look back at what changed

In 2002, South Korea recorded their first ever victory in the soccer World Cup. The co-hosts went on to surprise everyone by knocking out Italy to reach the semi-finals. In Europe, members of the European Union adopted the Euro as currency while China suffered an outbreak of severe acute respiratory syndrome. All this played out to the lumbering rock stylings of Nickelback who dominated the music charts like some beige colossus.

I have no idea what was on the stereo of various interior design studios across the globe at the time, but it was clear that the long-established hierarchical delineation between exterior and interior designers was about to crumble.

Until the turn of the century, interior design was derided as inferior design. However, a coterie of talents – Klaus Busse, Amko Leenarts, Elizabeth Wetzel and Robin Page to name a few – were quietly upending things. Interior design was no longer the butt of the joke, but the place where innovation happened. What changed? Well, the growing prominence of interiors is closely linked with the dawn of the digital age, which saw the potential for technological advancement and connectivity increase exponentially.

Couple that with a steady rising of the bar in terms of material quality and greater scrutiny of sustainability meant that interiors have become the focal point for many OEMs. It is now commonplace to hear a designer saying they design from the inside out — unthinkable just a decade or so previous.

Twenty years ago saw the launch of Interior Motives, which featured Volvo’s ACC2 concept on the cover (pictured above). With its high editorial values and championing of the car interior, the magazine captured the zeitgeist perfectly. “There was finally a magazine for us,” says Klaus Busse, remembering those early issues. Flash forward to today, and many of those interiors guys are now design directors. So, it seems fitting that Interior Motives, after a two-year hiatus, returns to print, thus marking its 20th year anniversary.

We’ve had a little play around with the look and feel of the magazine, added a few things and taken a few away. What will always remain the same is our commitment to showcasing the best interior design out there. And, if the work in this comeback issue is anything to go by, you guys are just getting started. 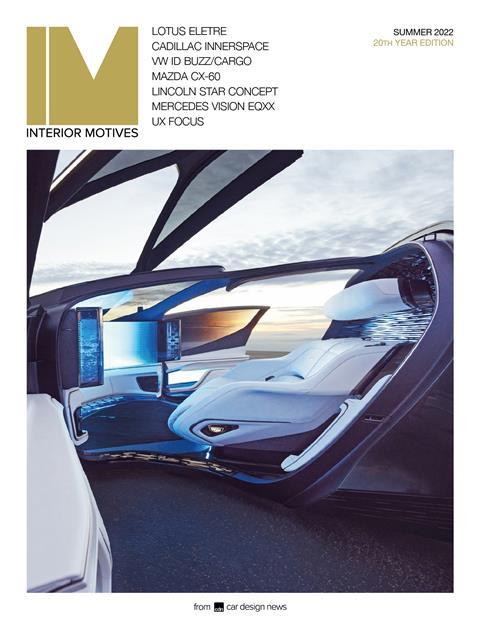