3
Review – DeLorean: Back from the Future 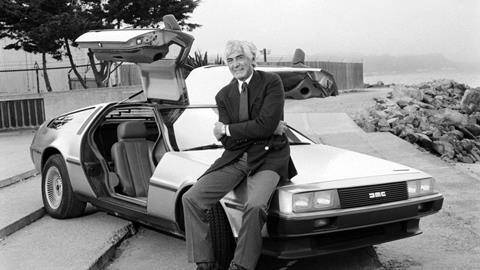 Review – DeLorean: Back from the Future

The DeLorean story elevated the act of building a car into the realms of Shakespearean tragedy. A fascinating new BBC documentary profiles the man at the heart of it

“You made a time machine…out of a DeLorean?” The oft-quoted words of an incredulous Marty McFly just prior to his unscheduled visit to 1955 in said 80s sports car. Back to the Future dazzled cinema-goers in 1985, three years after the final DeLorean had rolled off the production line. By then, the gullwing had already passed into legend – a wedge-shaped testament to hubris, wrought in stainless steel. The car’s appearance in the popular time travel movie alongside Doc, Marty and Biff only immortalised its place in popular culture.

At the heart of the DeLorean story, which propelled the complex yet prosaic act of building a car into the realms of Shakespearean tragedy, was the eponymous John DeLorean, currently the subject of an engaging psychological profile on the BBC: DeLorean: Back from the Future.

Told in nonlinear fashion, hopping from decade to decade to build its case, this visually rich film features rarely seen archival footage and voices from the key protagonists to chart the rise and fall of DeLorean. From his beginnings as the son of impoverished immigrants in Detroit and his days as a stellar engineering student to his meteoric rise at General Motors, and subsequent and very literal reinvention as Randian hero and Hollywood darling. Finally, denouement and spectacular fall from grace. 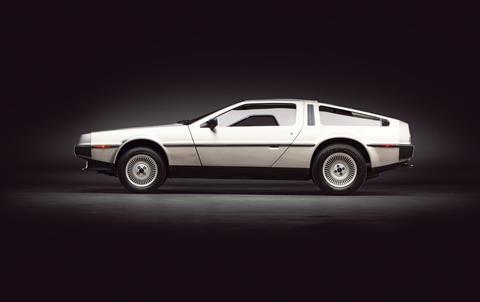 The DeLorean has passed into legend

It began with a dream. A talismanic figure at GM, what DeLorean really wanted was to be the next Henry Ford. The car that would take him there would be a two-seater, fuel-efficient sports car with a stainless-steel body and gullwing doors. The beginnings were promising. A brilliant early prototype devised by friend and former Pontiac colleague William T. Collins and Giorgetto Giugiaro seduced investors into thinking DeLorean was set to be a going concern. Not for the first time, design provided the necessary impetus for a questionable idea to take flight. Building the thing was a different matter.

Ever astute, the wannabe automaker quickly realised that foreign governments were more willing to invest in his idea than any domestic prospects. He tried to get buy in from the Republic of Ireland but the deal was scuppered when a peculiarly astute civil servant did some digging into the supposedly lengthy order list. Like so many things in DeLorean’s life, the orders proved to be fiction and the deal fell apart. Undeterred he set his sights on Northern Ireland, which was crying for investment and nevermind the details. And so the car of the future was to be built in war-torn Belfast.

At the time, DeLorean was seen as the unlikely saviour of a demoralised people. The new, state-of-the-art factory would bring jobs, prosperity and peace. Colour footage of detonating bombs underlines just how blindly optimistic that notion was. Amid the wreckage, the tall perma-tanned American looked like he had beamed in from another planet. With a model wife half his age, and who counted Sammy Davis Jr and Johnny Carson among his friends, he might as well have. Once the factory opened, he retreated to the Manhattan cocktail circuit and rarely visited. For their part, the workforce, which had zero experience in automaking, were determined to make it work. Catholics and Protestants, who grew up and lived in starkly divided neighbourhoods, found the factory a sanctuary from the turmoil playing out nightly across the city. 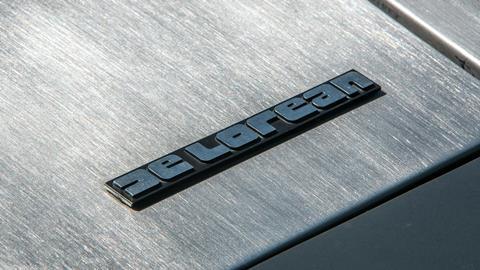 By this time the original engineering team had been pushed out – the timelines DeLorean had promised meant that to build the car from scratch was nigh impossible. Enter legendary Lotus designer and engineer Colin Chapman whose solution was to adapt the Lotus Esprit platform and rebadge it. It is hard to determine who was more dazzled by whom. Chapman had achieved phenomenal success in the racing world, while his erstwhile employer, with his easy charm and famous friends, was an irresistible figure.

As history tells us, things quickly went wrong. An unexpected recession in the US, exacerbated by the worst winter on record meant DeLorean was once again going cap in hand to the British government. This time there would be no bail out. Belfast’s white knight rode out to market in search of more investment.

Salvation arrived in the form of a Wall Street investment banker but this would have meant DeLorean ceding control of his company. Faced with the decision to save it and 1000s of jobs he did what any reasonable person would do – he flew to LA to do a cocaine deal. The transaction, filmed in a shady hotel room, was an FBI sting operation. Footage of DeLorean’s arrest while surrounded by Scarface-levels of incriminating evidence drew the curtain on the final act. What followed was the celebrity trial of the century, which saw DeLorean beat the wrap thanks to an exculpatory tape leaked by Larry Flynt – the pornographer.

The automaker won his freedom but he was finished. Soon after the trial, his career and marriage were over. The latter half of the film shows DeLorean hustling for investment for new car projects at fan club meets, but never succeeding. Nevertheless, even in his later years DeLorean retained the fading charisma of an aging Hollywood star. 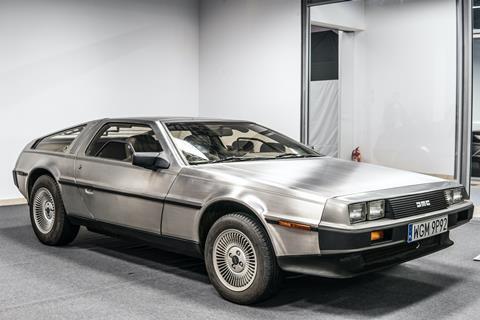 From the very beginning, the automotive world has bought into the idea of the heroic sole practitioner – the visionary who sees what mere mortals cannot. DeLorean was part of a lineage that began with Henry Ford and continues today with Elon Musk. That Musk’s own vision of the future – the Tesla Model X – features gullwing doors feels appropriate. Young pretenders Lucid Motors, fervent admirers of the DeLorean’s stainless-steel body, incorporated brushed aluminium into the interior of the Air.

In picking apart his life, the film reveals a man fired by ruthless ambition, terrified of failure or any concession to that notion. A man who discarded friends like old cars when a newer, improved version arrived on the scene – the film retells a particularly unpleasant story about DeLorean’s involvement with small-time inventor. But also a man capable of great pathos. “Know you what it is to be engineer. It is to be trapped in a terrible tower of pure science. It is to live in a mean bare prison cell and regard yourself the sovereign of limitless space,” he wrote.

Unable to bend immutable natural laws to his will, DeLorean set about shaping the world as he wanted it through the people around him, often to their detriment and his personal gain. Candid interviews with his son and ex-wife illustrate just how much damage he did in pursuit of his dream. Like them, we are consistently drawn to the DeLoreans of this world, despite the danger we surely know lurks beneath the immaculate facade. A twitch here and there, a smile that didn’t quite reach the eyes – people sensed the components of his personality did not amount to a fully-formed individual and yet they wanted him to succeed all the same. There was always the nagging sense that the crash was just around the corner. DeLorean died selling watches on the internet. All that’s left is the car. But what a car. A wedge of electro-futurism with looks sharp enough to shear time, there hasn’t ever been anything else quite like it. One can only wonder what might have been had DeLorean managed to release the twin-turbo Legend version. 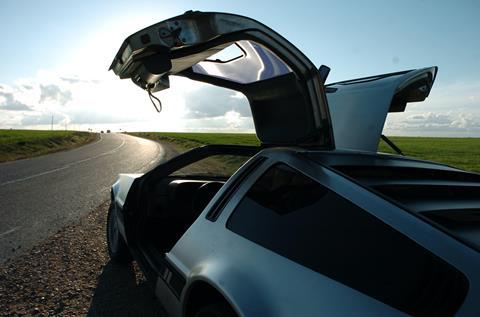 The last word goes to DeLorean’s adopted son Zachary who suffered more than most in the eye of the storm. “15 years after my father’s death there is still this following of the car. That’s what should be acknowledged. Not the cocaine, the divorces, that he was a snake in the grass in business. He did something. That’s the legacy he left behind and that is what that car should represent.”

DeLorean: Back from the Future is currently avaliable on BBC iplayer