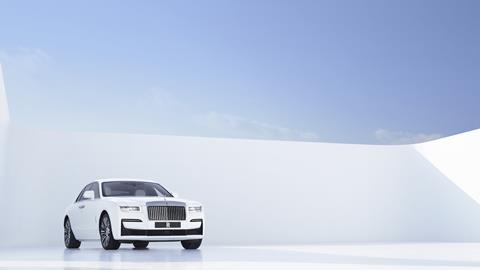 We speak to Alex Innes, head of coachbuild at Rolls-Royce, about the new Ghost and the inspiration behind it

The new Rolls-Royce Ghost has been launched. It is the second generation of the model, and comes over ten years after the first Ghost was produced.

Speaking to Car Design News, Alex Innes, head of coachbuild at Rolls-Royce, describes the importance of the model.

“Ghost is a very different proposition to anything in the Rolls-Royce stable, and new Ghost is guided by the movement of reduction and simplicity,” he explains. “This is in direct response to what we understood as the needs and wants of the existing Ghost owner. They told us that they are looking to go one step further in terms of scrutinising what they let into their lives. There is a move away from the opulence of old and, it’s in place, there is a modern luxury – a luxury that takes on a notion of whispering and not shouting.”

Minimalist design is at the heart of the new Ghost. The exterior shape is clean and bold, with just a handful of creases in the bodywork. Two sharp bow lines run along the outside of the bonnet and meet the front headlamps, which have a distinct rectangular shape.

The familiar chunky grille is backlit by 20 LEDs to provide a subtle and restrained glow. Several iterations of this were explored during the design process, with some described by the team as “too reflective”. 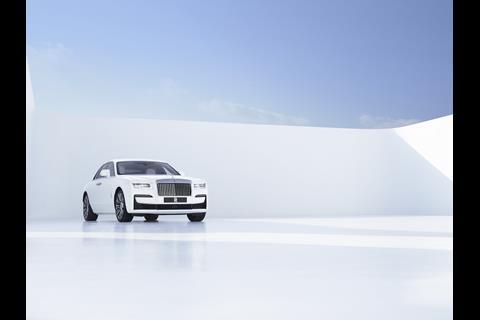 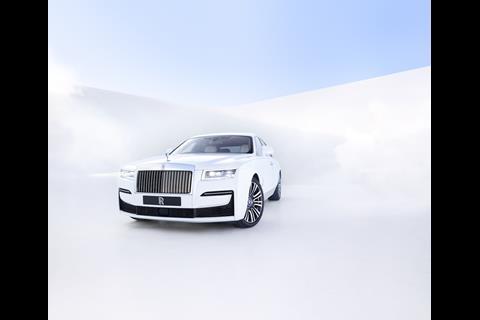 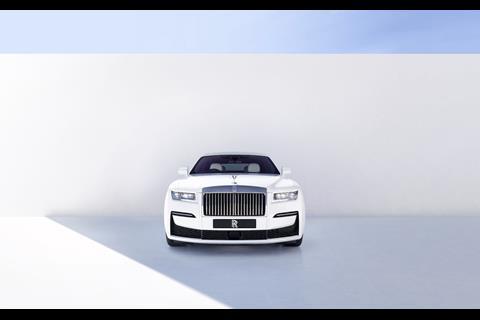 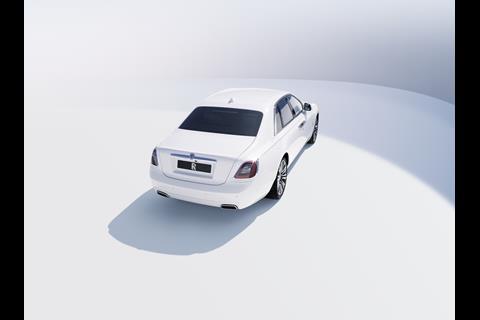 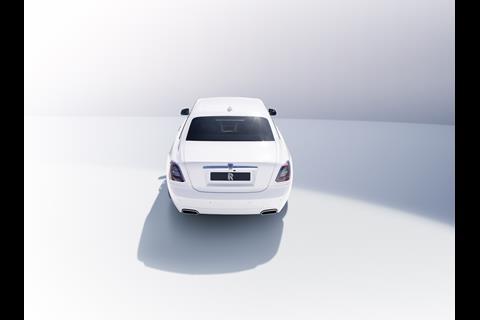 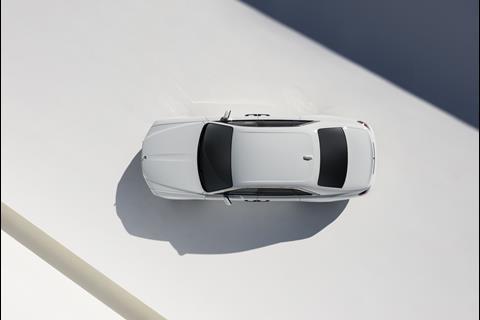 At the rear, the shape is far more forgiving, with curves to the lights and body panels providing a calmer feel. Overall, width has been increased by 30mm, and the Ghost certainly does look like a large tourer.

The interior is described by Henry Cloke, designer at Rolls-Royce, as a “detoxifying space”, and pursues the same minimalist feel as the exterior. The focus is on the use of materials, with a mixture of leather, wood and metals occupying the inside. These are laid bare to encourage touch and make them clearly visible. 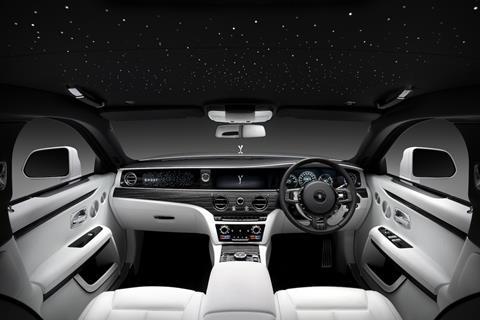 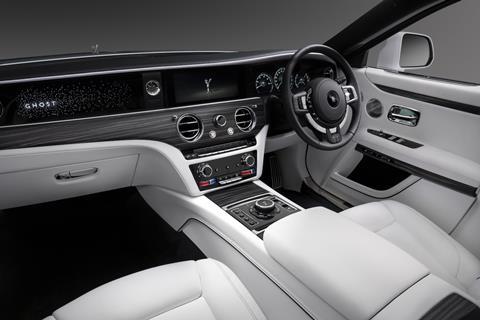 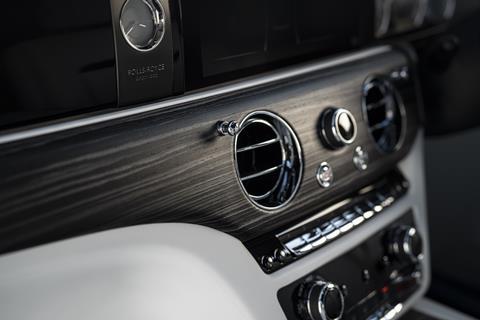 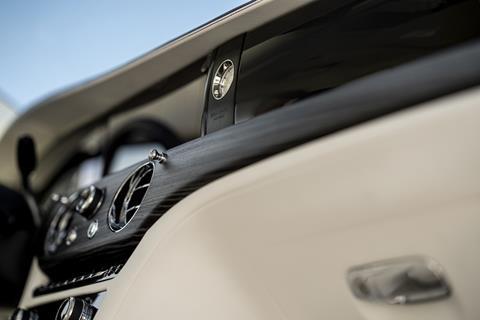 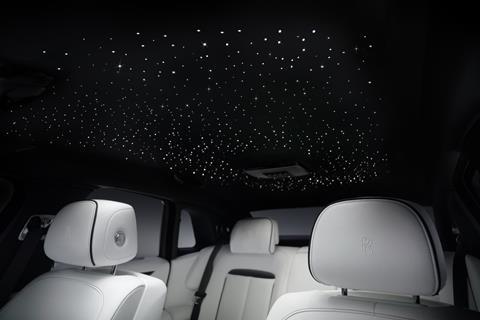 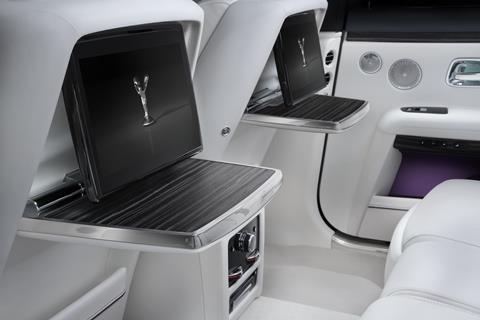 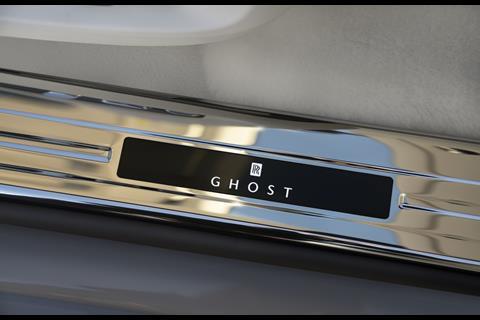 The dash is characterised by a partially curved line sweeping across the top, under which sits the instrument cluster panel and the clock. On the passenger side, the fascia is illuminated when the interior lights are switched on, displaying the word ‘Ghost’ and 850 glowing stars. These are completely invisible when the lights are off – a feat achieved by using three layers of composite materials. The first includes the laser-etched graphic, while the second is a dark-tinted layer to hide it when not in use. A third layer is just 0.5mm thick with a high-gloss finish to make sure the fascia matches other parts of the interior.

For more information on the Ghost, watch the animation video on design inspiration.