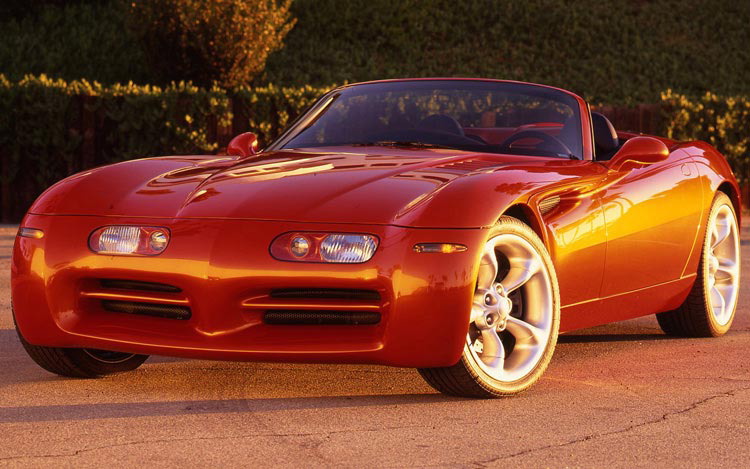 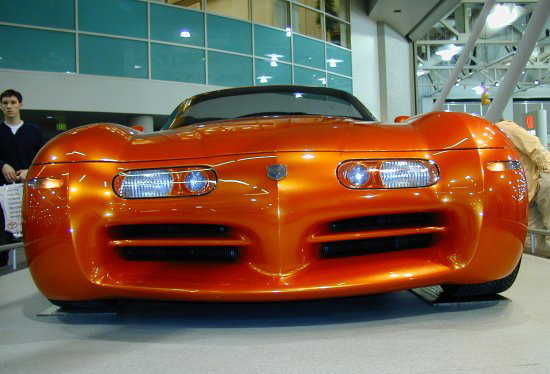 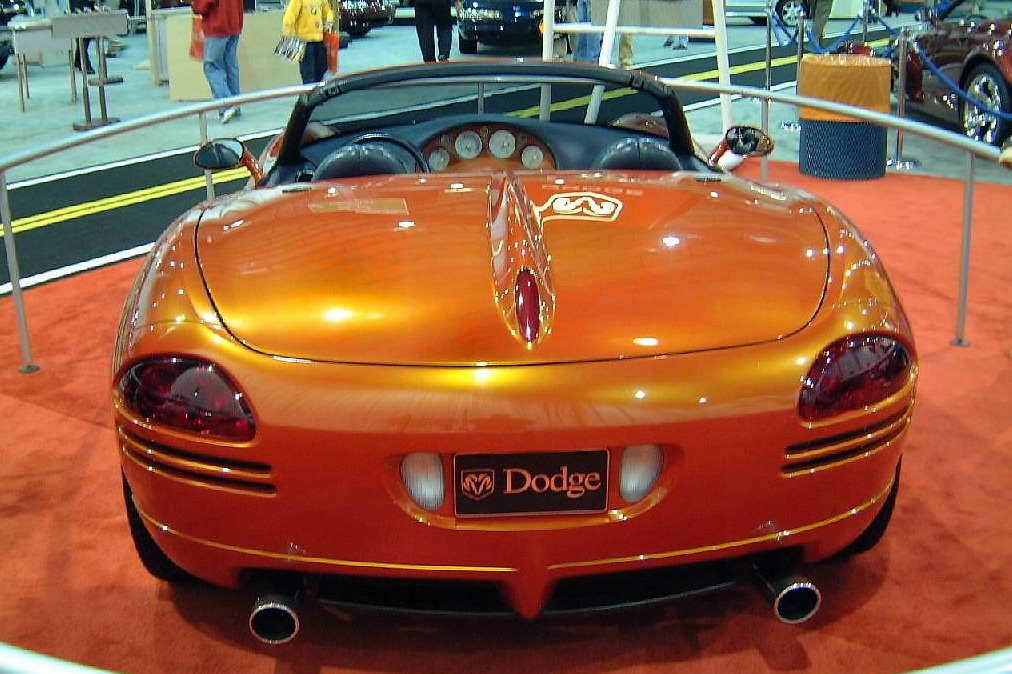 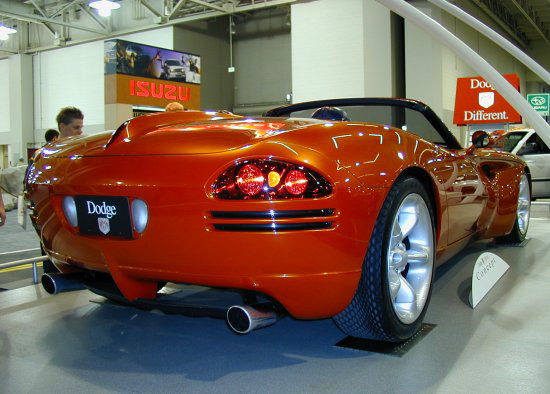 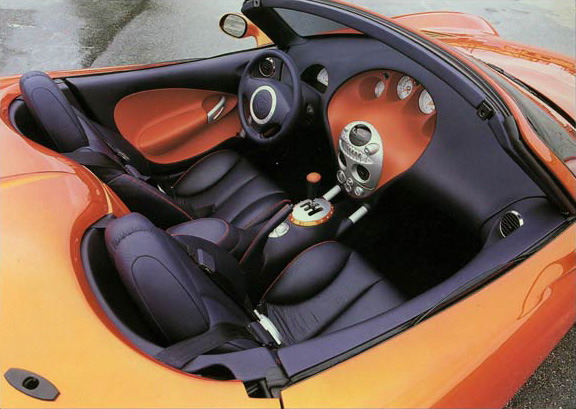 It's hard to find the simple elegance or the charm of the British roadster in this aggressive full-fat American concept with extra cheese; nonetheless, this snake has a dramatic personality of its own. 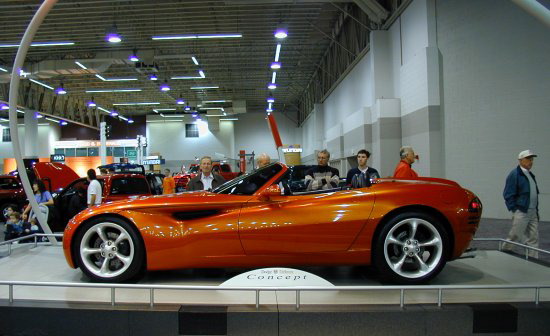 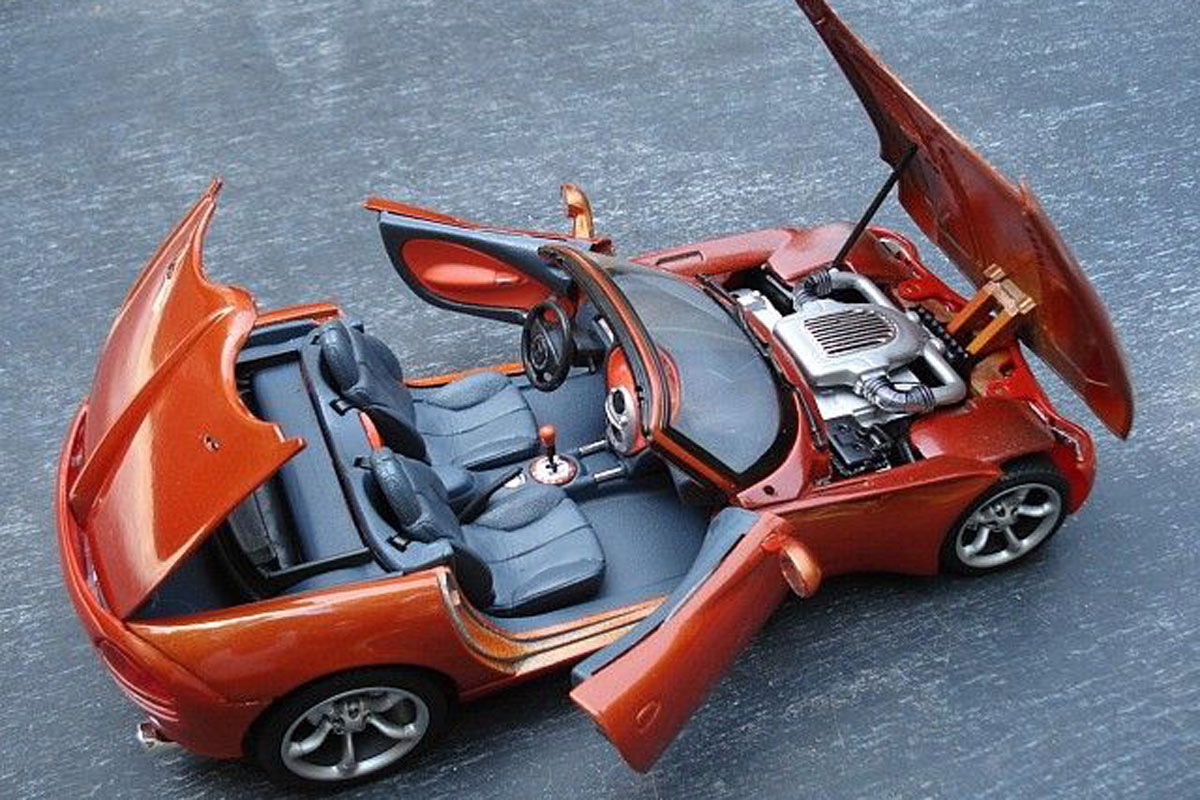 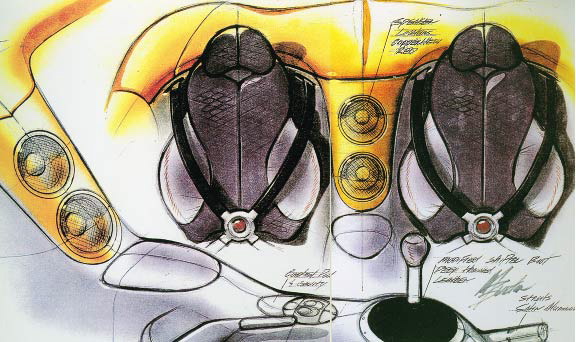 While comparisons to the Dodge Viper were inevitable, the Copperhead was made more for handling and driving pleasure, while the Viper was more about raw power. Compared to its older sister, it had some radical new dimensions: 76mm narrower, 203 mm shorter with an extra 304 mm of wheelbase. As a result, overhangs were reduced to a minimum. Finished with large, cast-aluminum wheels (8x18-inch front, 9x20-inch rear), the Copperhead holds a purposeful, radical stance similar to that of the Prowler, launched a year earlier.

Chrysler designers obviously tapped into '50s and '60s performance cars and street-rod cues, with the Copperhead featuring a long hood, side air exits, sweeping fender lines, bulbous rear-end, and a dorsal fin on the rear decklid.

Under the large bonnet sits a 2.7-liter aluminum V6, producing 220bhp transferred to the rear wheels via a 5-speed manual transmission. That was enough for burnouts and doughnuts - although it would've been a shame to destroy these custom-made tires finished with a unique snakeskin tread.

The reptilian theme was more apparent inside, with contoured bucket seats featuring a snakeskin-like leather finish. The deep amethyst tint of the seat created a dramatic contrast with the deep orange color of the exterior. It took 37 coats of Copper Fire orange paint to achieve the desired effect, which makes it shimmer and glow depending on the light and the angle from which you look at it.

Had it made it into production, the Copperhead would've been almost three times cheaper than the Viper, competing directly with Porsche's Boxster and BMW's Z3.

Your author, Flavien Dachet, is a UK-based, French-born car designer. You may know him as the purveyor of KarzNshit, a photo blog that if isn't already in your bookmarks, certainly should be.