Behind the Scenes of CATIA b l e u

Rear sketch of b l e u. Click for larger images 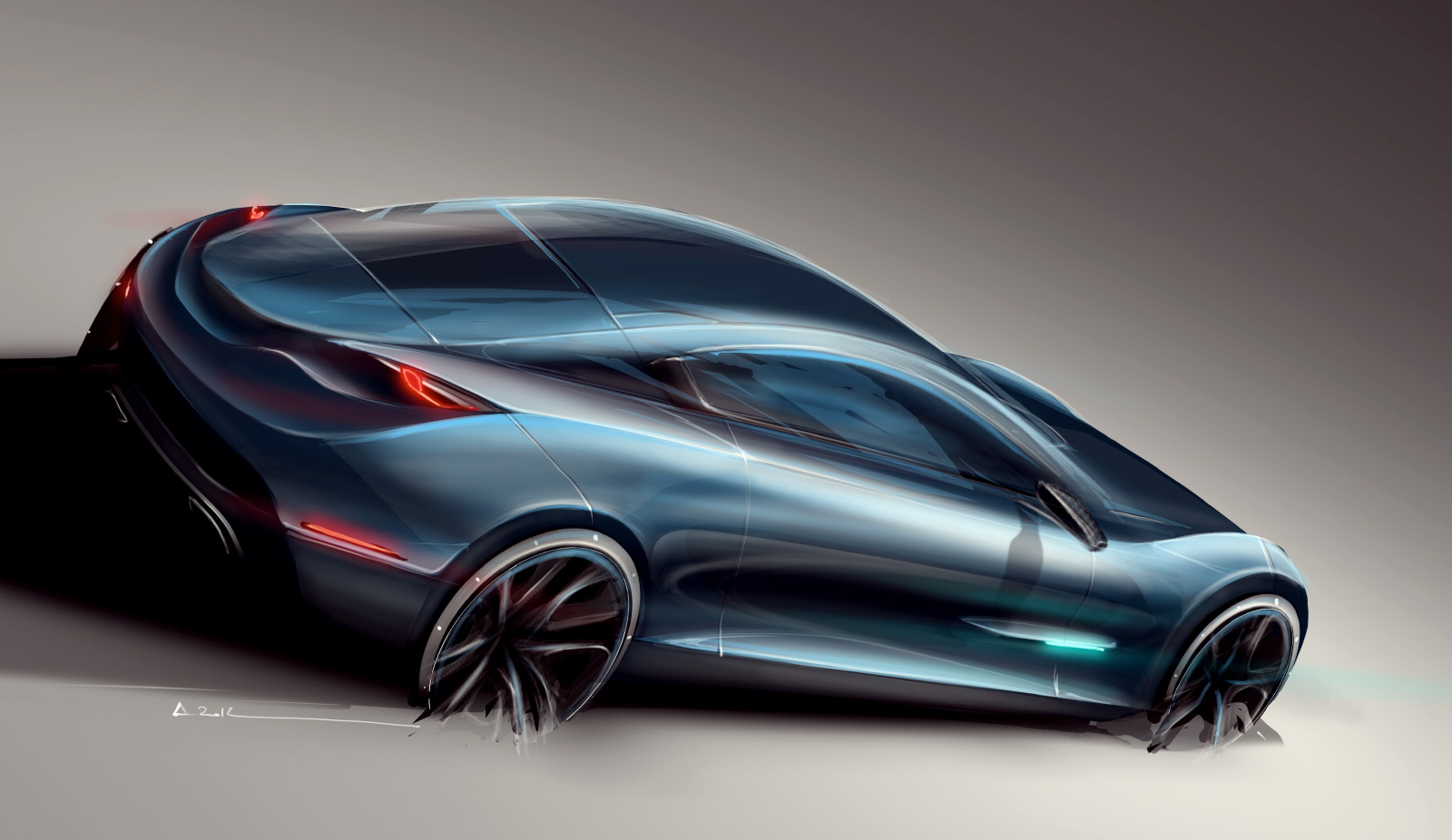 Key sketches (above and below) 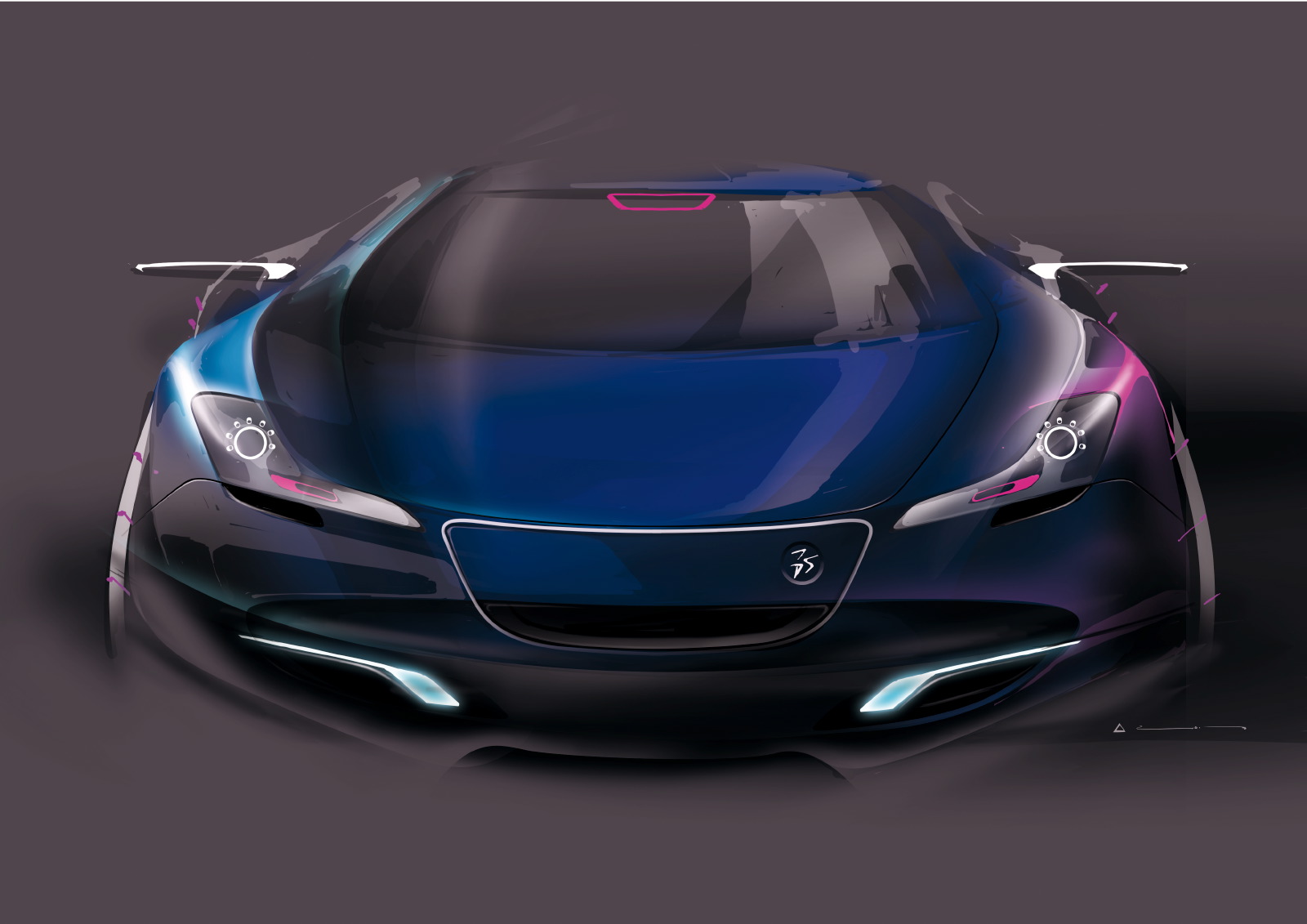 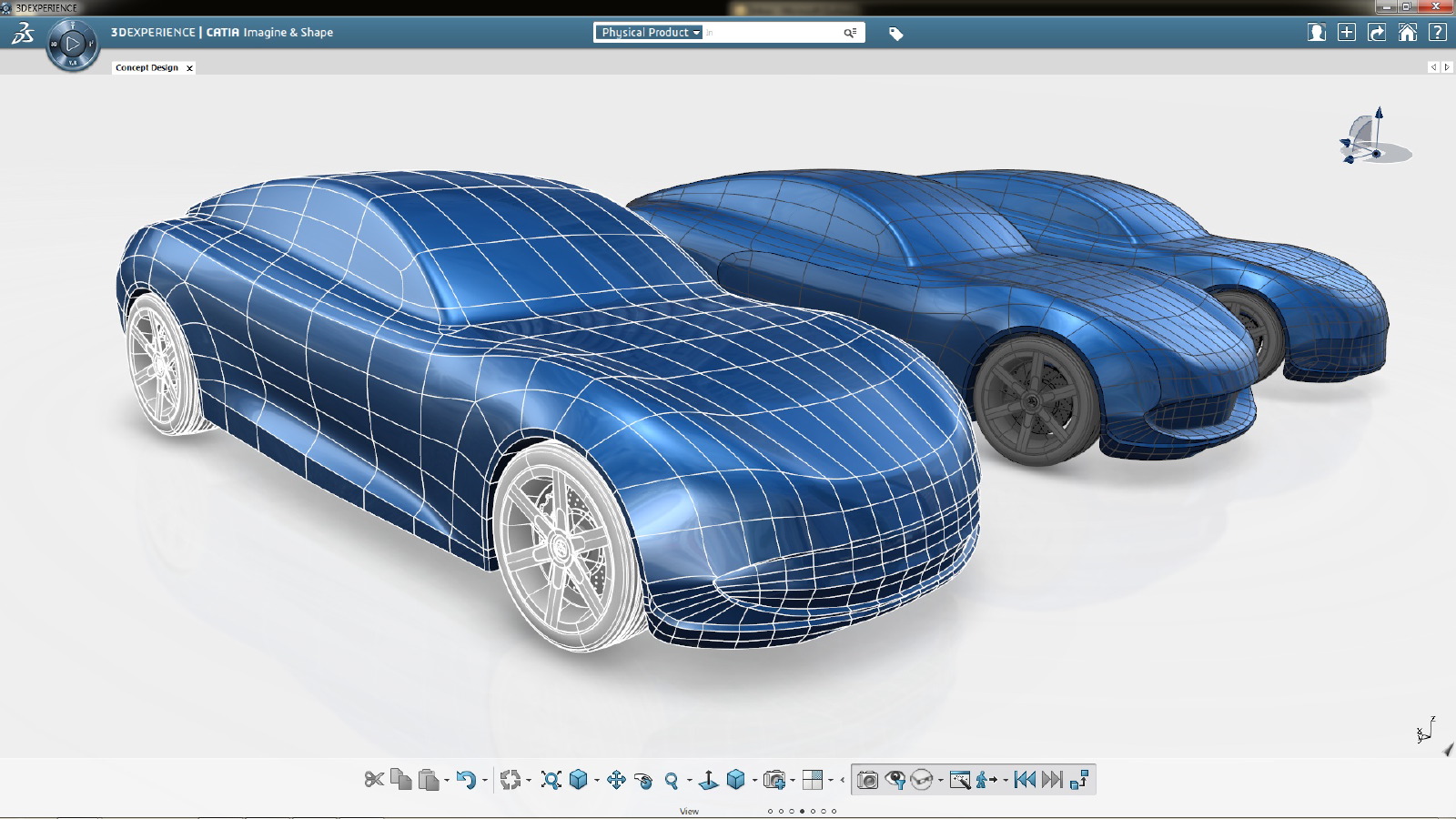 High-quality surfacing using CATIA Icem (above and below) 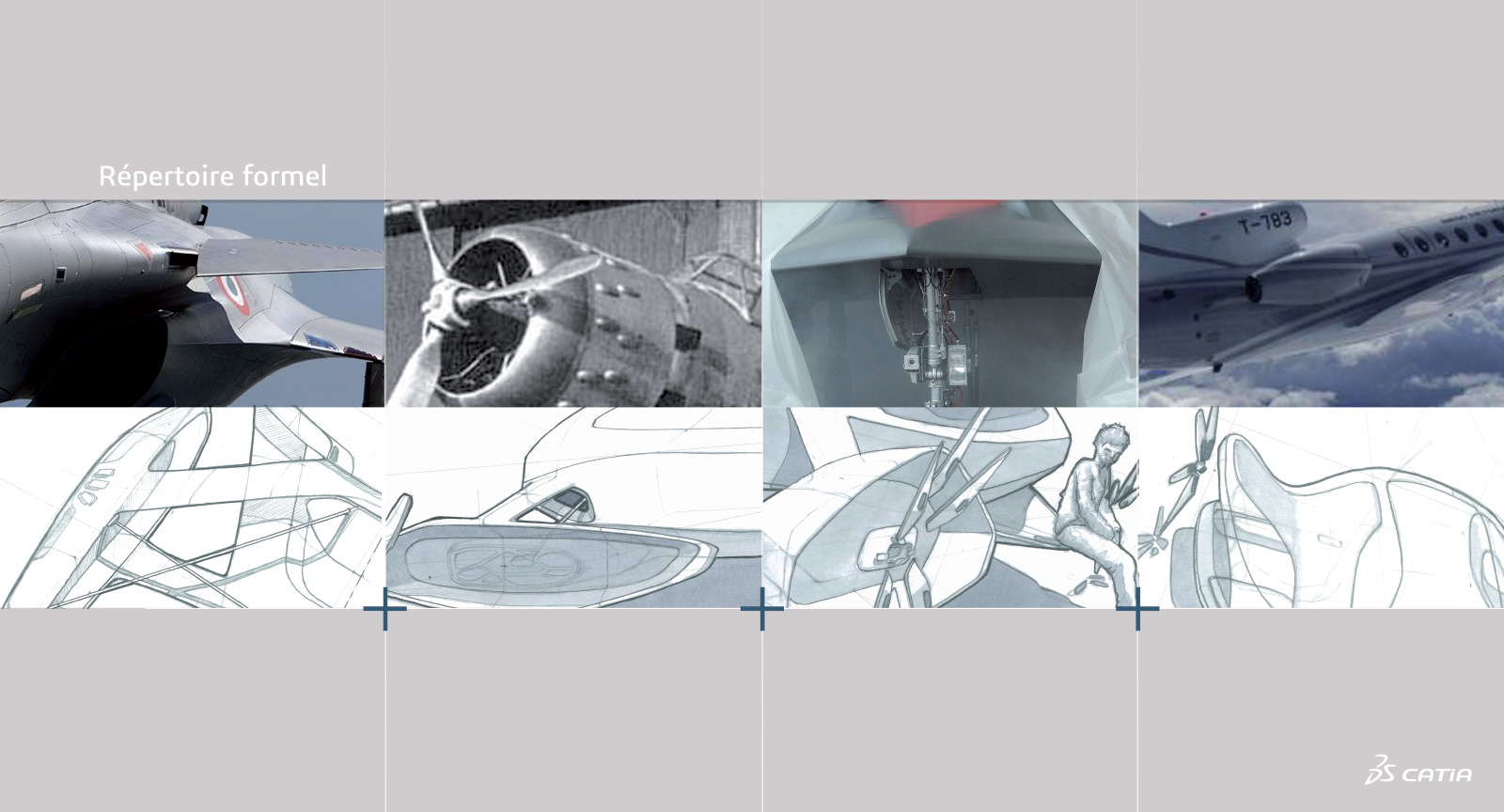 Aerospace moodboards and exploration sketches (above and below) 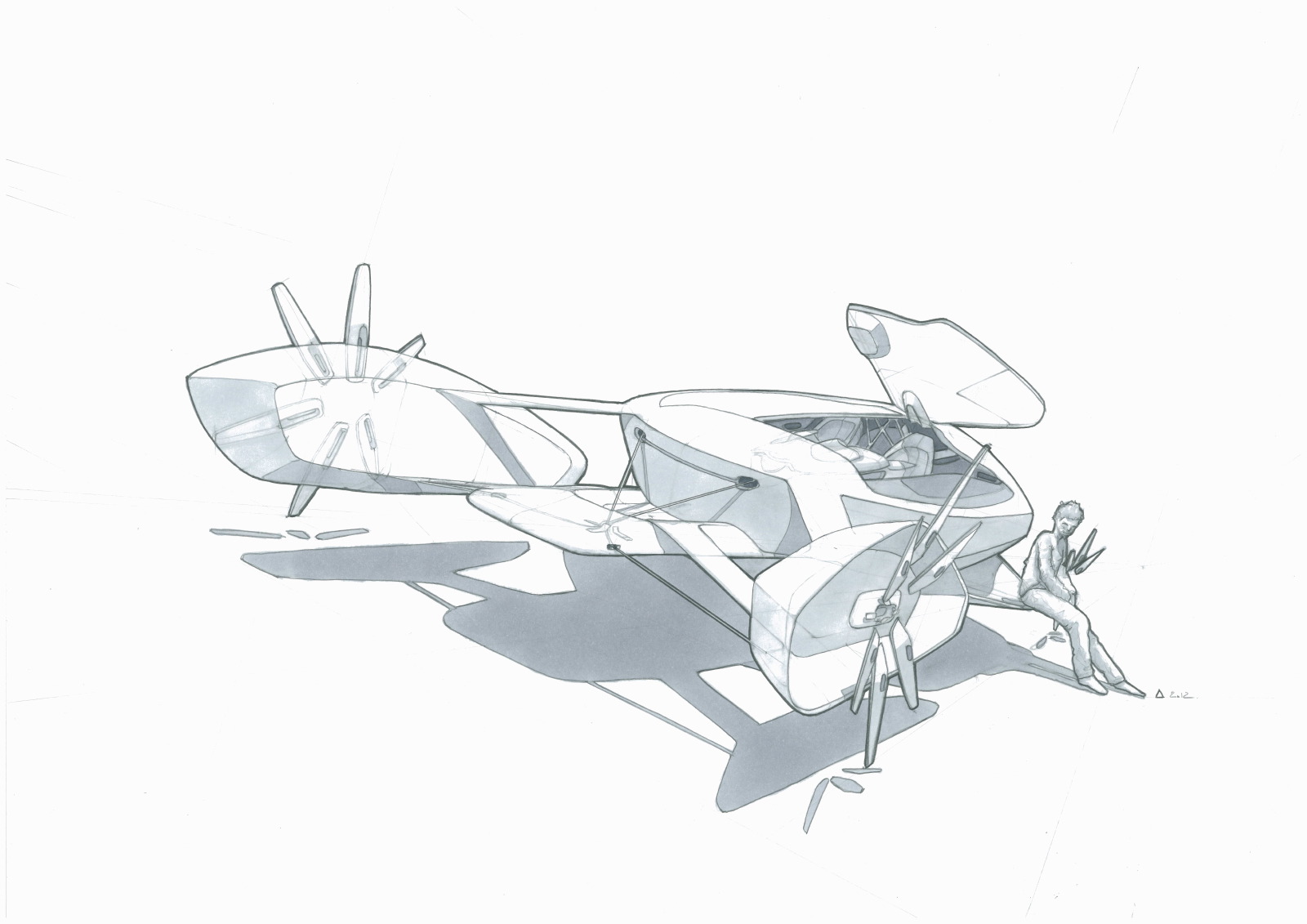 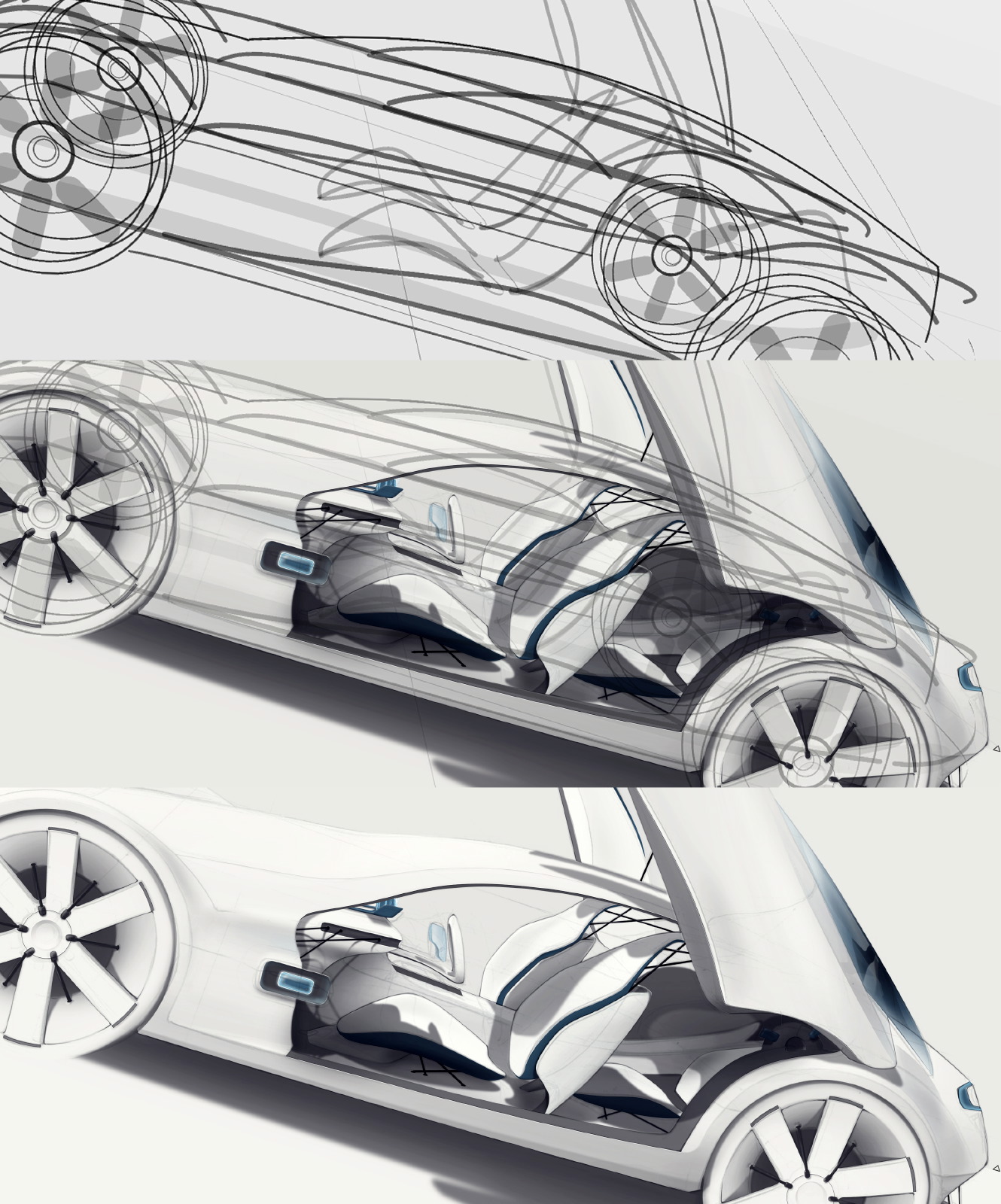 Digital sketch based on 3D sketch

Regular viewers of our webinars will, of course, remember Dassault Systèmes' unveiling of its ‘b l e u' virtual showcar at the end of last month.

Hosted by CATIA design director Xavier Melkonian and design manager Pierre Maheut, it was a chance not only to give the project its world debut, but also explain how each step of the process was made easier with CATIA 3DEXPERIENCE technology.

It's no surprise, given Dassault Systèmes' history, that b l e u is heavily influenced by the aerospace industry. It's visible air intakes, side character line and the front and rear lamps. What's also interesting, however, is that the French GT racing car heritage and its traditional blue color also inspire it.

"We wanted to make an innovative car that really highlights and showcases CATIA design and Icem," Melkonian explains, "and to use the 3DEXPERIENCE to achieve excellence of design through creativity, sophistication and innovation in a social creative environment."

The team got the project under way by using CATIA Natural Sketch software to rapidly translate their ideas into a 3D model with the volume, proportions and character lines that would create b l e u's signature design. Using a digital tablet and pen, they had the freedom to capture the design intent at any speed with any kind of stroke, allowing for a very fast delivery time.

"I worked across team members to keep the design intent with the aerospace influence and translate it into shapes like the propeller blade taillight," he says. "Using CATIA as a 3D brainstorming tool, the team was able to interact, and deform and sculpt their surfaces, volumes, and proportions."

The software also allows designers to play around with alternatives just by sketching features such as the roofline and see how it affects highlights, shadows and attitude.

Maheut says, "Sketching surfaces is something that's never been done before - keeping the sketching input but generating surfaces at the end. It's good for organic shapes. It's another way of doing clay modeling, but it's much quicker."

Surface refinement necessitated a convergence of design and engineering, as Maheut explains, "We had to make sure we integrated all the engineering constraints to the surfaces. Designers could make changes in the process very late on with Natural Sketch and with 3DEXPERIENCE they could tell engineers and share screens."

"Efficiency is this balance between aesthetics, technical and engineering constraints, feasibility parameters, and perceived quality that we are constantly looking for," says Laurent Igarza, Class-A surface manager.