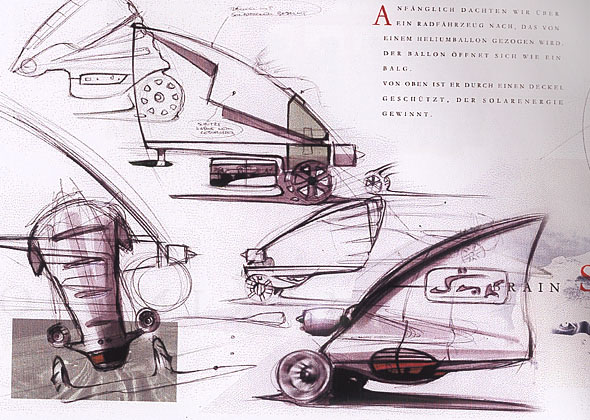 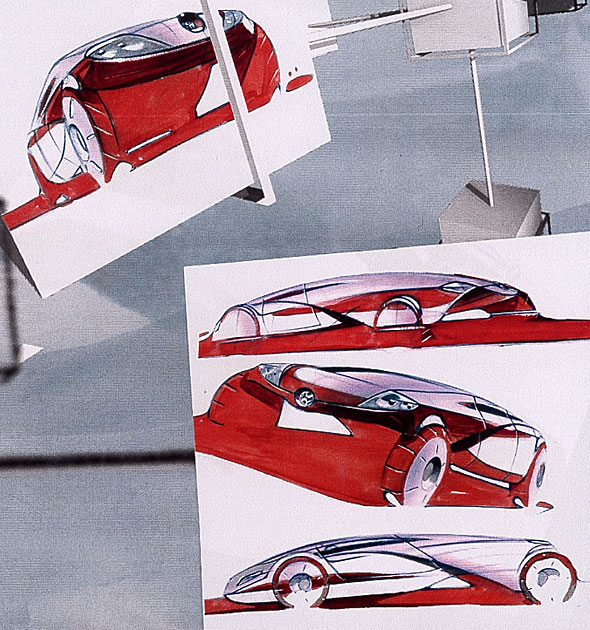 This semester there are 12 students graduating. There are a variety of projects including a story based around a zeppelin project called the ‘Djado fleet’, which actually shows numerous different concepts for floating in air transportation. 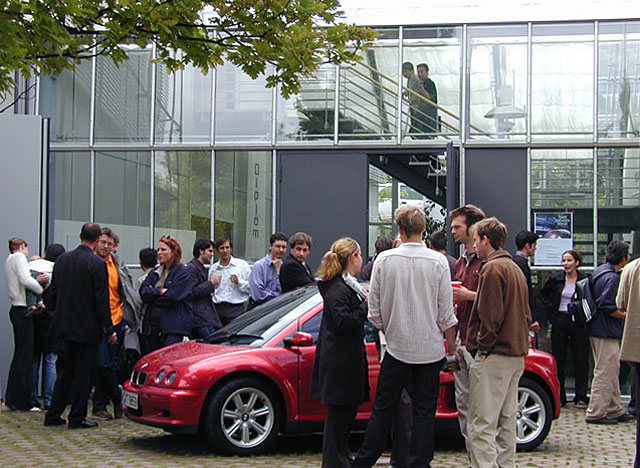 Outside the school at the Degree Show 2000

Another project called the ‘Visionair’ uses ground effect air cushioning to allow a high speed vehicle to travel computer controlled up to 500km/h. Also on show are a new BMW X2 which aims to capture the imagination of the crossover market, and a new Audi off roader that looks like it could be put into production straightaway for Audi, plus much more including work from other semesters and sponsored projects.

The school will also be showing work from the first semester Masters students (MTD), which is a utility vehicle project sponsored by Mercedes

The Pforzheim Transportation design department is housed in a purpose built 'glass cube' building on the outskirts of the town of Pforzheim. The town has a long history of jewellry making and situated on the edge of the famous German Black Forest, between Stuttgart and Karlsruhe with France just 1 hour away, it is in an ideal location.

The new computer department has 15 workstations with 10 devoted to Alias programmes. The school has a great deal of support from the car industry through sponsored projects and regular visits from designers who tutor students in the various aspects of Transportation Design. BMW, Audi and VW regulary offer internships while Porsche and Mercedes are just around the corner.

Since the Summer semester 2001 the school has a new Master of Transportation Design program (MTD) which is a 3 semester course. A diploma or degree in Industrial design is required for acceptance on this course but students gaining entry will have a certain level of freedom in planning the course structure. The school aims to take on a wide variety of students who will eventually be capable of working in all aspects of transportation design.