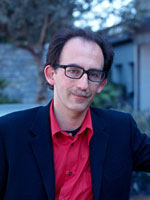 Zapatinas is the second European designer to run the Design centre of a Japanese carmaker. The talented Olivier Boulay leads the Mitsubishi design centres worldwide.

Andreas Zapatinas was born in Athens, the capital of Greece, in 1957 and moved to California to attend Art Center College of Design and become a car designer. He graduated in 1986 and shortly after that travelled to Europe where he took a job as full time lecturer at Art Center College of Design Europe in Vevey, Switzerland. A couple of years later he joined Pininfarina Studi e Ricerche before accepting an offer to work as a designer at Fiat Centro Stile, under the direction of Chris bangle, also a graduate of Art Center.

In Turin, says Andreas “I was given the opportunity to make a tremendous working experience and I am still very grateful to Chris (Bangle) and Cressoni (Ermanno, the current director of Design for the Fiat Auto Group).” In those years, between 1991 and 1993, Andreas enjoyed teaching the students the very passionate art of designing cars as a lecturer of the respected “Istituto d’Arte Applicata e Design” in his spare time.

At Fiat Zapatinas rewarded the company's trust with the design of the cute Fiat Barchetta, and one of the jobs he is most proud of is the rear design of the Alfa 145 with the graphic work created by the V shaped rear screen and the “cat eyes” style of the rear lamps.

In Turin he met Silvia, his wife, and later moved to Munich and BMW. It cannot be a matter of chance that Bangle wanted him to join BMW and work with him. Just as it was not by chance that Fiat’s top executives wanted him to come back to Italy to take the position of design director of Alfa Romeo Centro Stile made vacant by the unexpected departure of Walter de Silva, in late 1998.

In mid 2001 he had reached a separation agreement with the company over difference of opinion on the design of the next generation Alfa Romeo sports cars and credit for their design.

One of the most demanding and challenging task for Zapatinas at Alfa Romeo had been designing the next Alfa Romeo Spider and Coupe, due to support Alfa’s come back to the U.S.A. Considering the relations between the Alfa Romeo sport cars and GM on one side and GM relation with Subaru on the other side, it seems reasonable to assume that GM has sponsored the appointment of Zapatinas to Subaru Design.