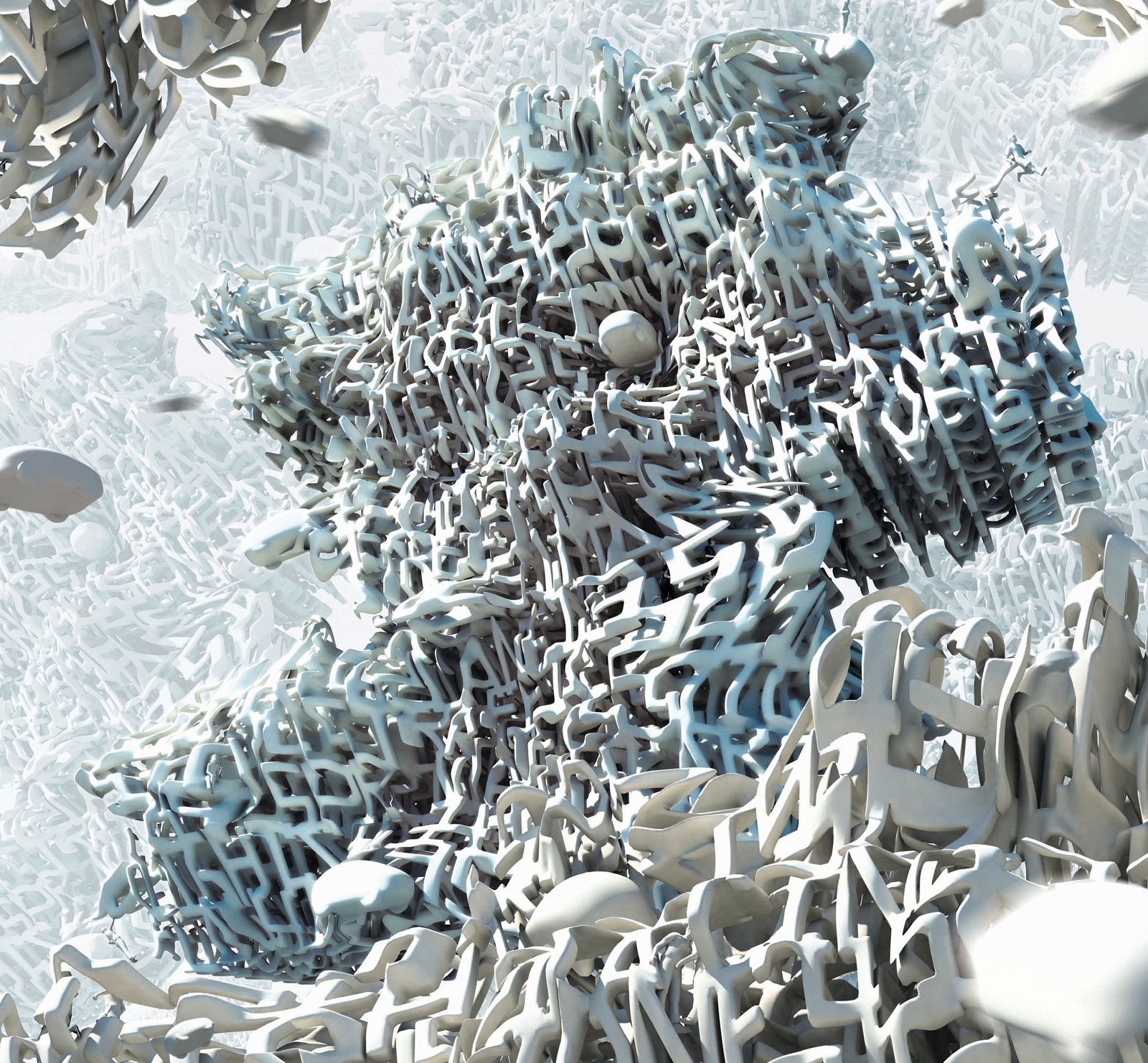 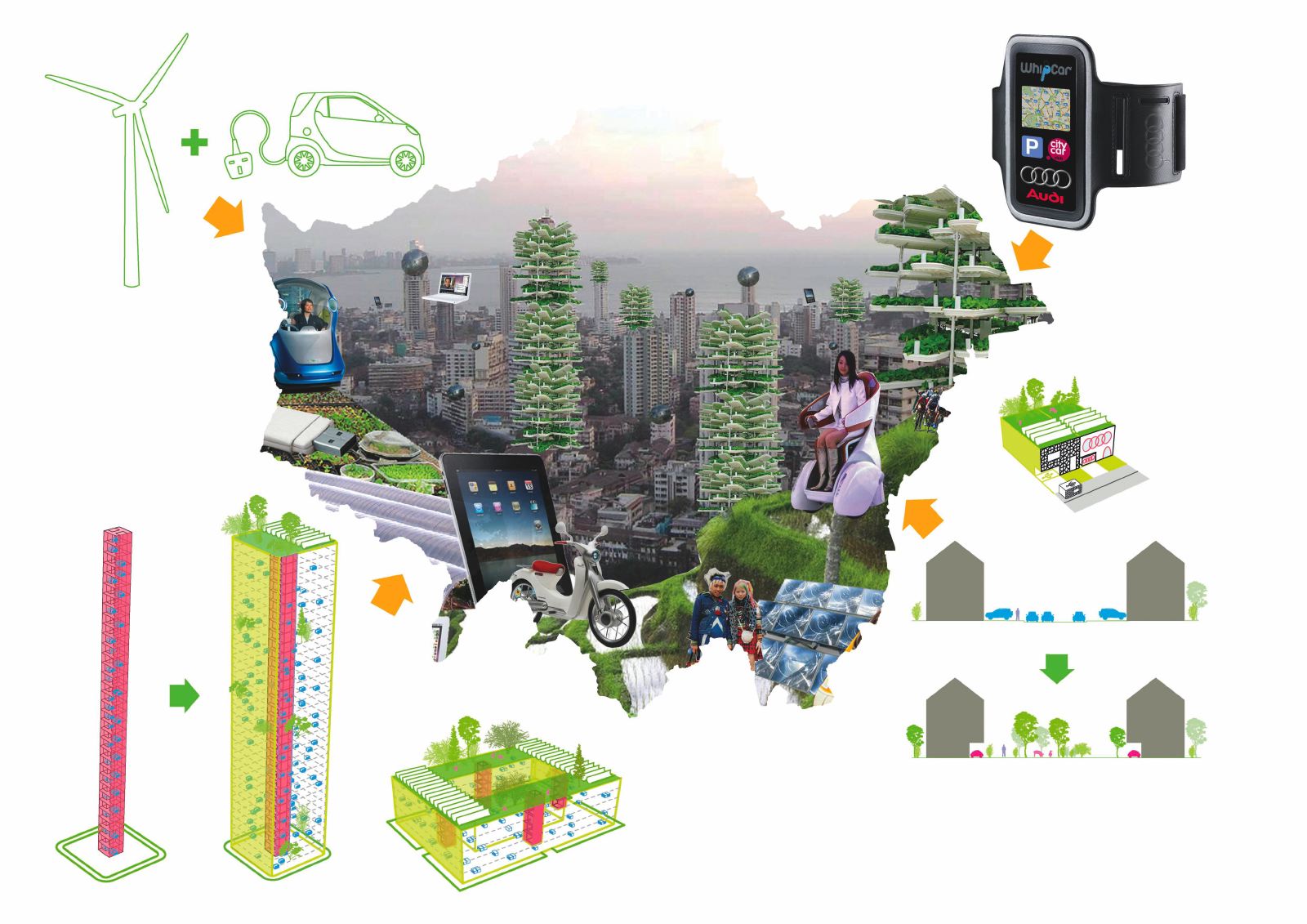 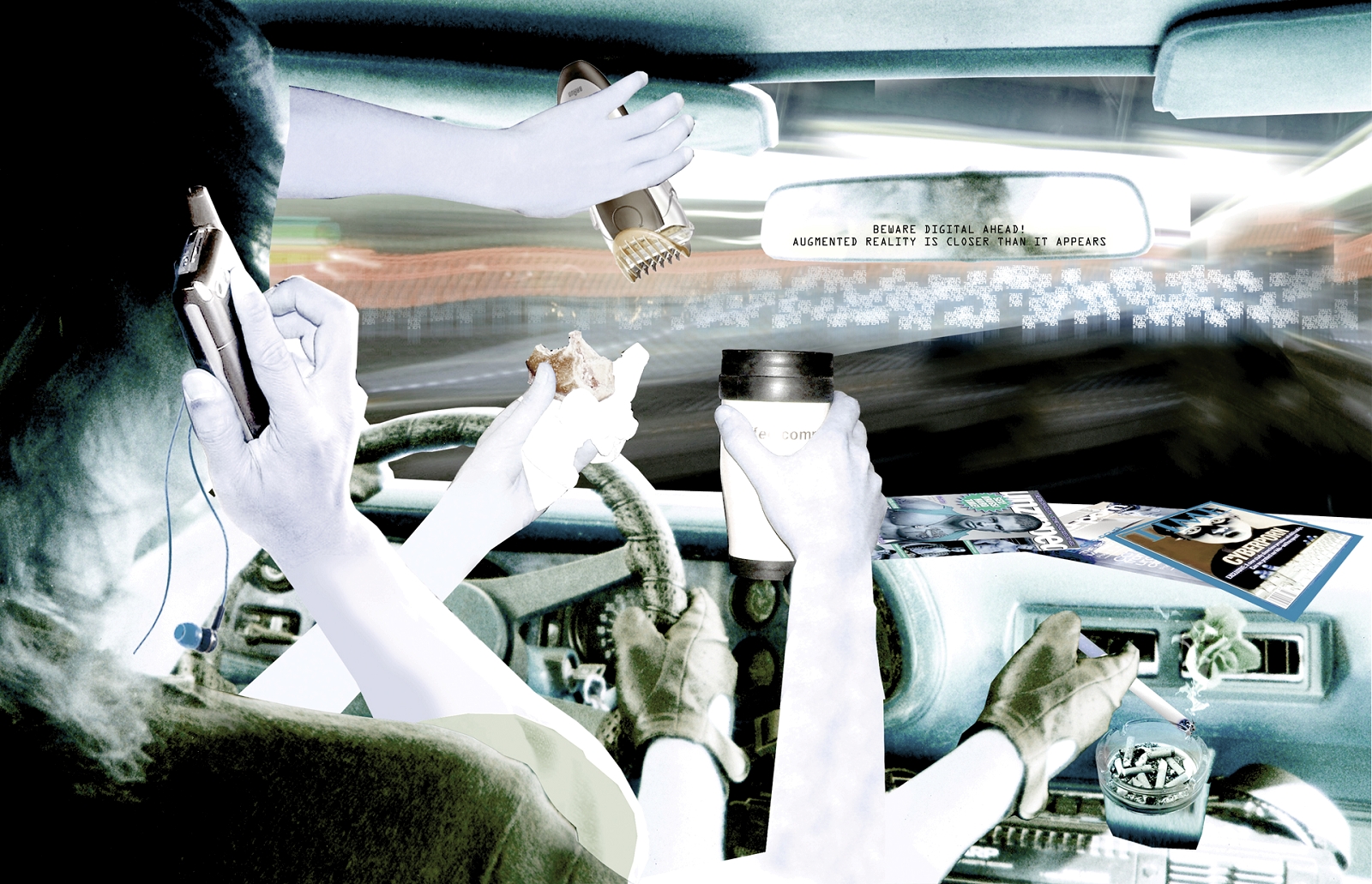 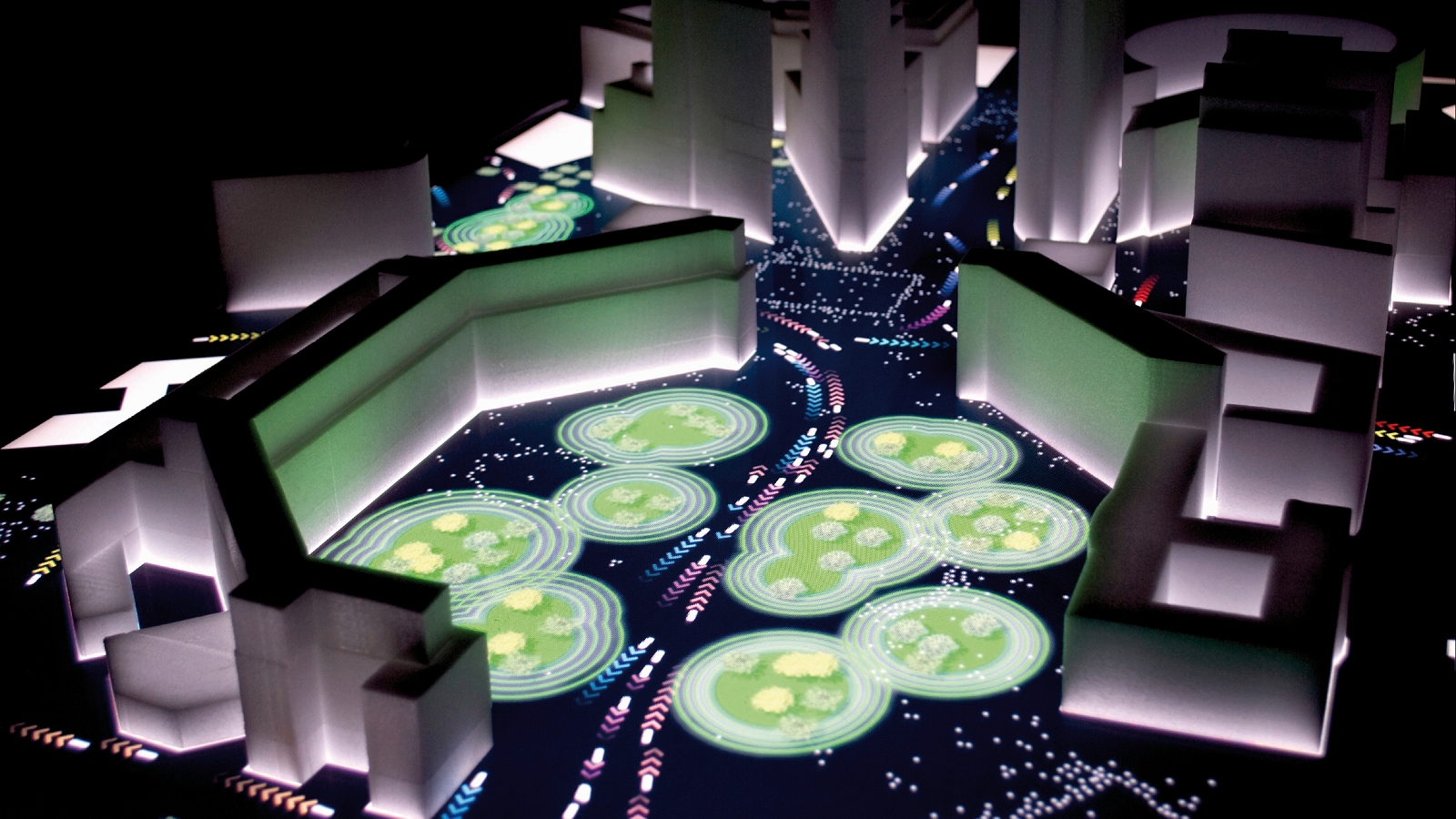 Danish firm Bjarke Ingels Group’s ‘Driverless City’ is a cityscape that isn’t car-less but driverless, combining individual mobility outside city limits with collective mobility within. BIG proposes a ‘smart tile’ surface, a thin layer of re-programmable sensors within the surface of the road to coordinate different flows of traffic.

Audi found certain topics that they were interested in through J Mayer H's work that they will continue to explore. 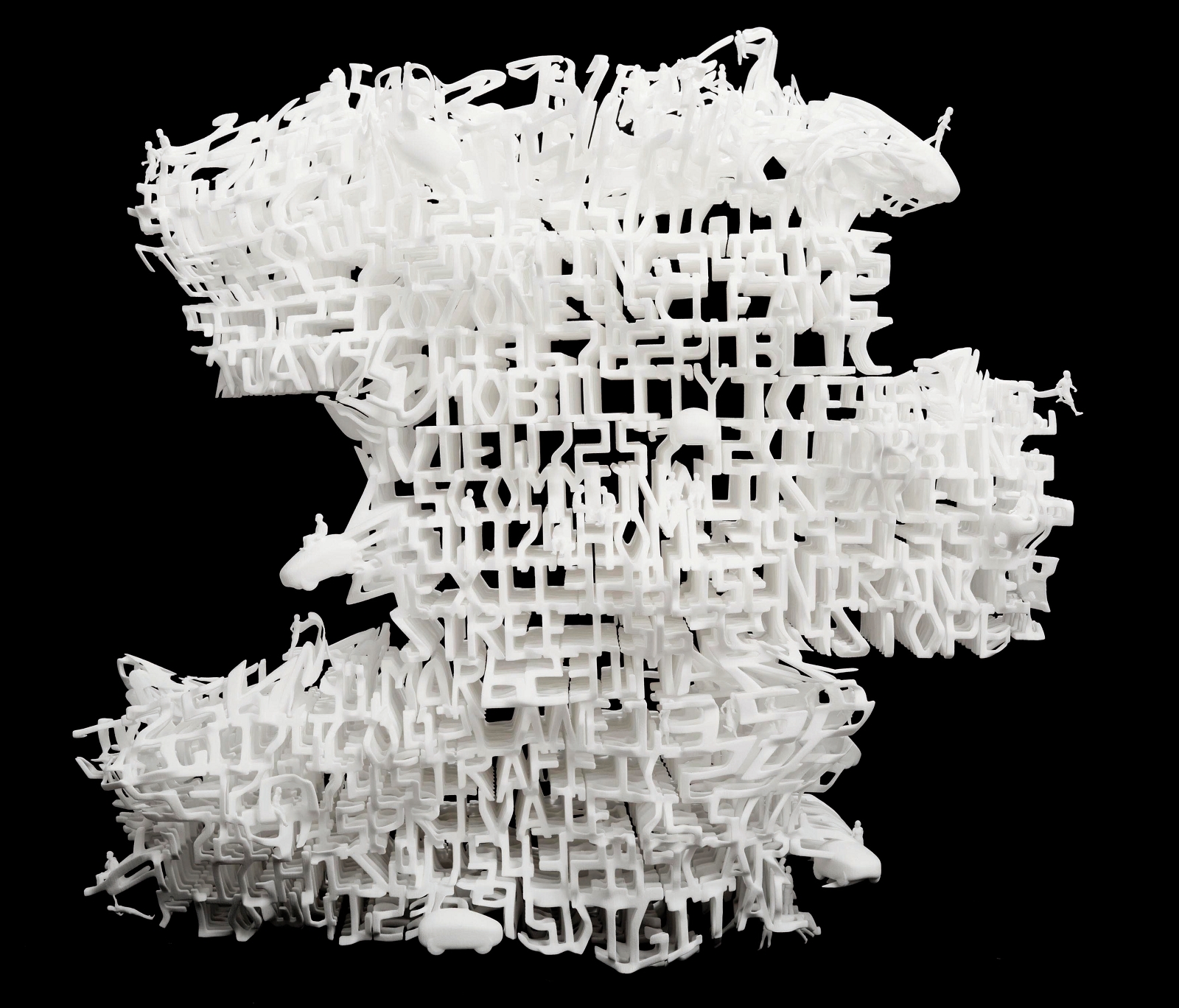 Imagine a utopia where digital technology allows for an uninterrupted traffic flow of autonomously driven pay-as-you-go ‘taxis' that liberate the urban landscape from the unnecessary clutter of road signs, traffic lights, parked vehicles and the pollution caused by street lights. This was the winning proposal from Berlin architect J Mayer H who has won the Audi Urban Future Awards. 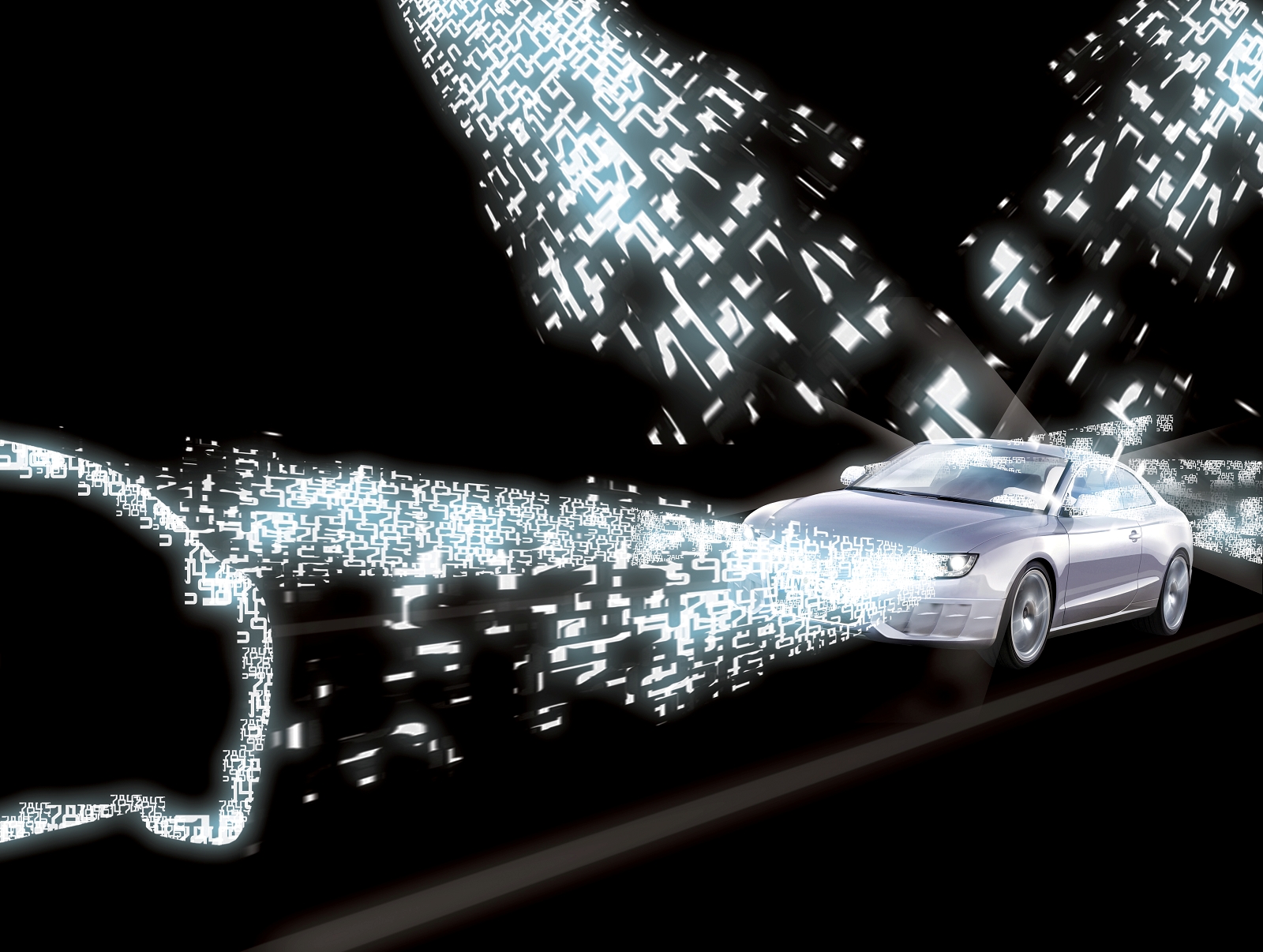 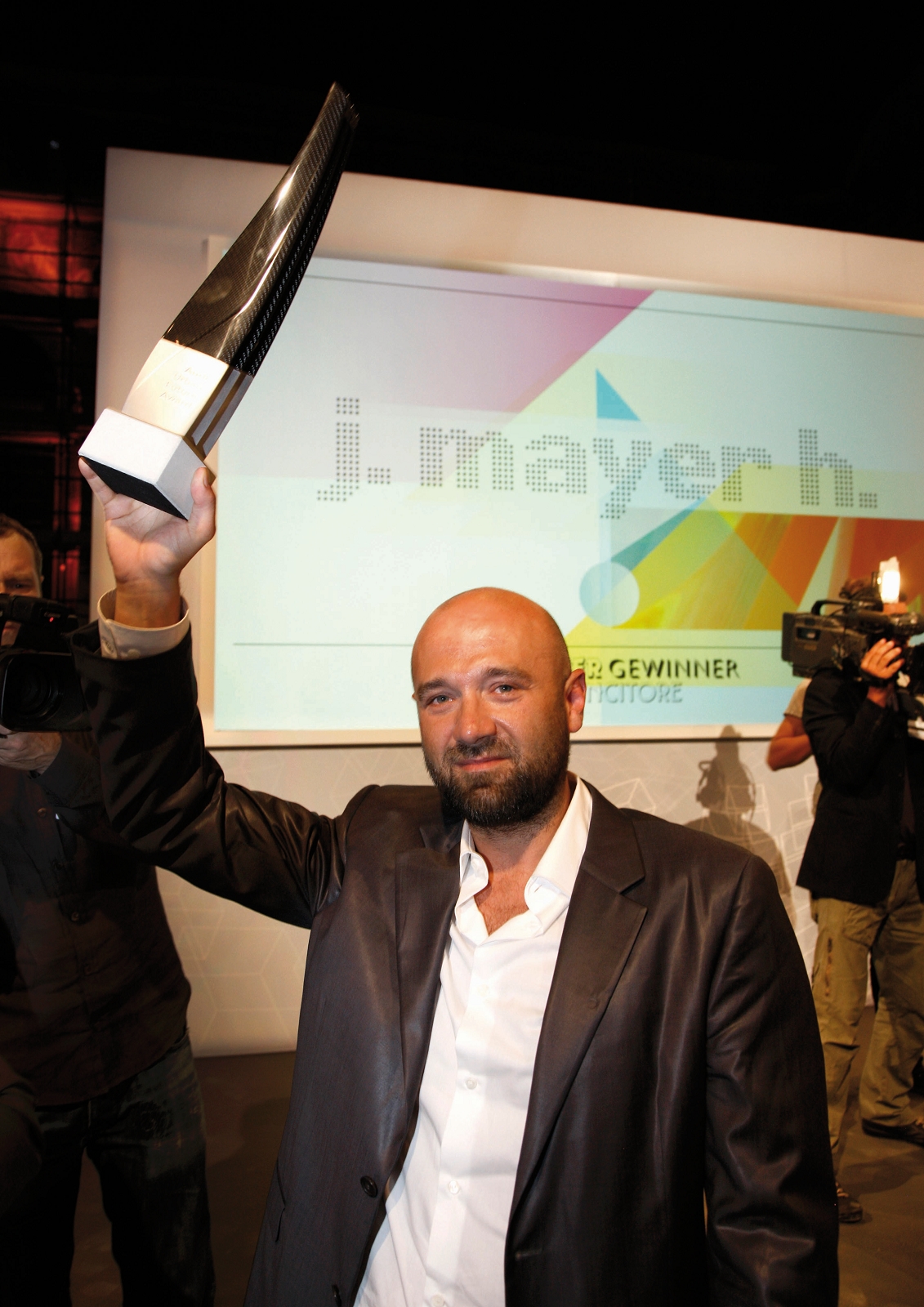 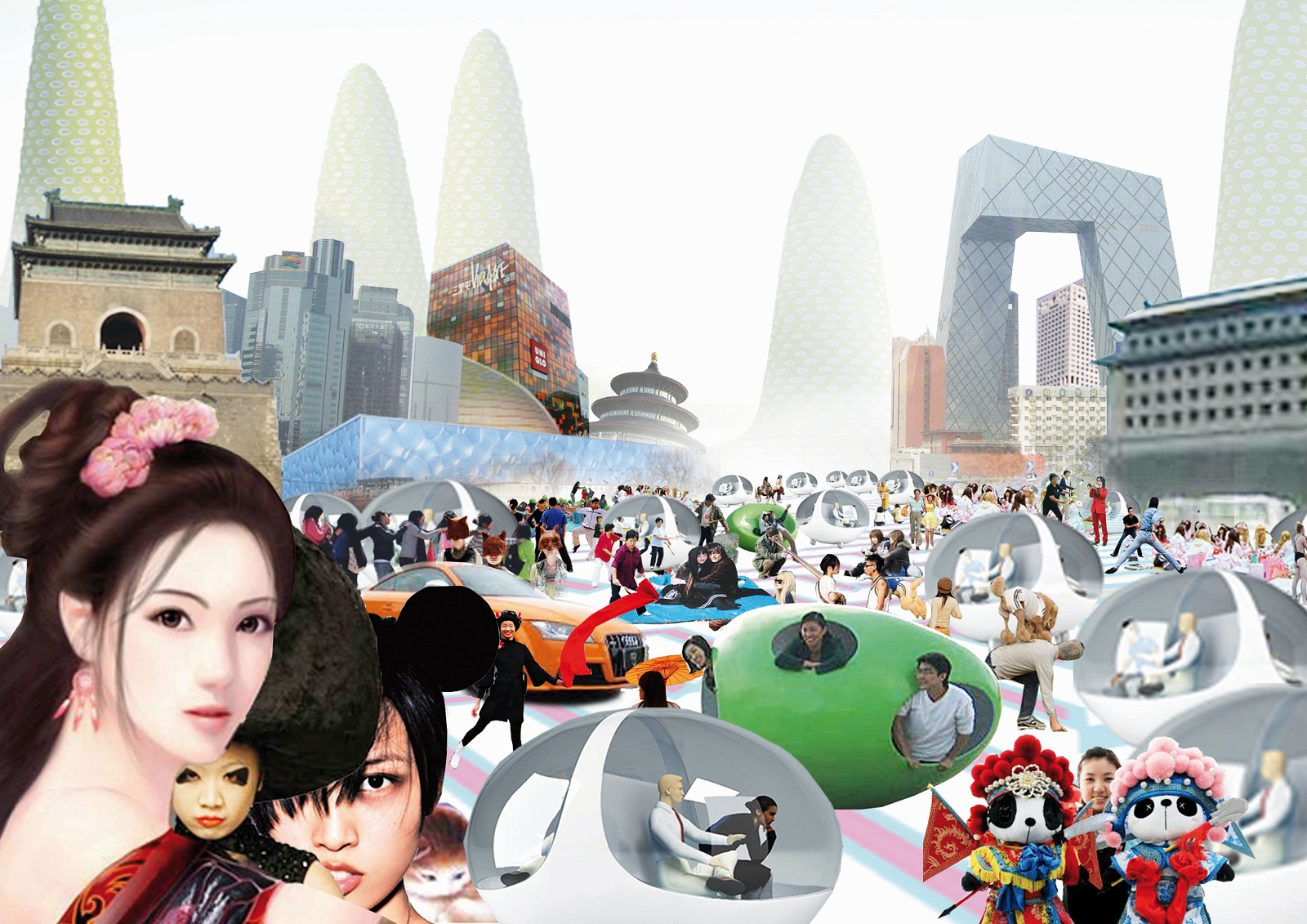 Chinese firm Standardarchitecture’s ‘Harmonious Beijing’ proposes a ring of interconnected subway lines and 1,500m high ‘meta-mountains’ dotted around the city to form a linear city center that can accommodate a public transportation system. Inside the city roads will become electrically driven belts that move vehicles and people around the city. 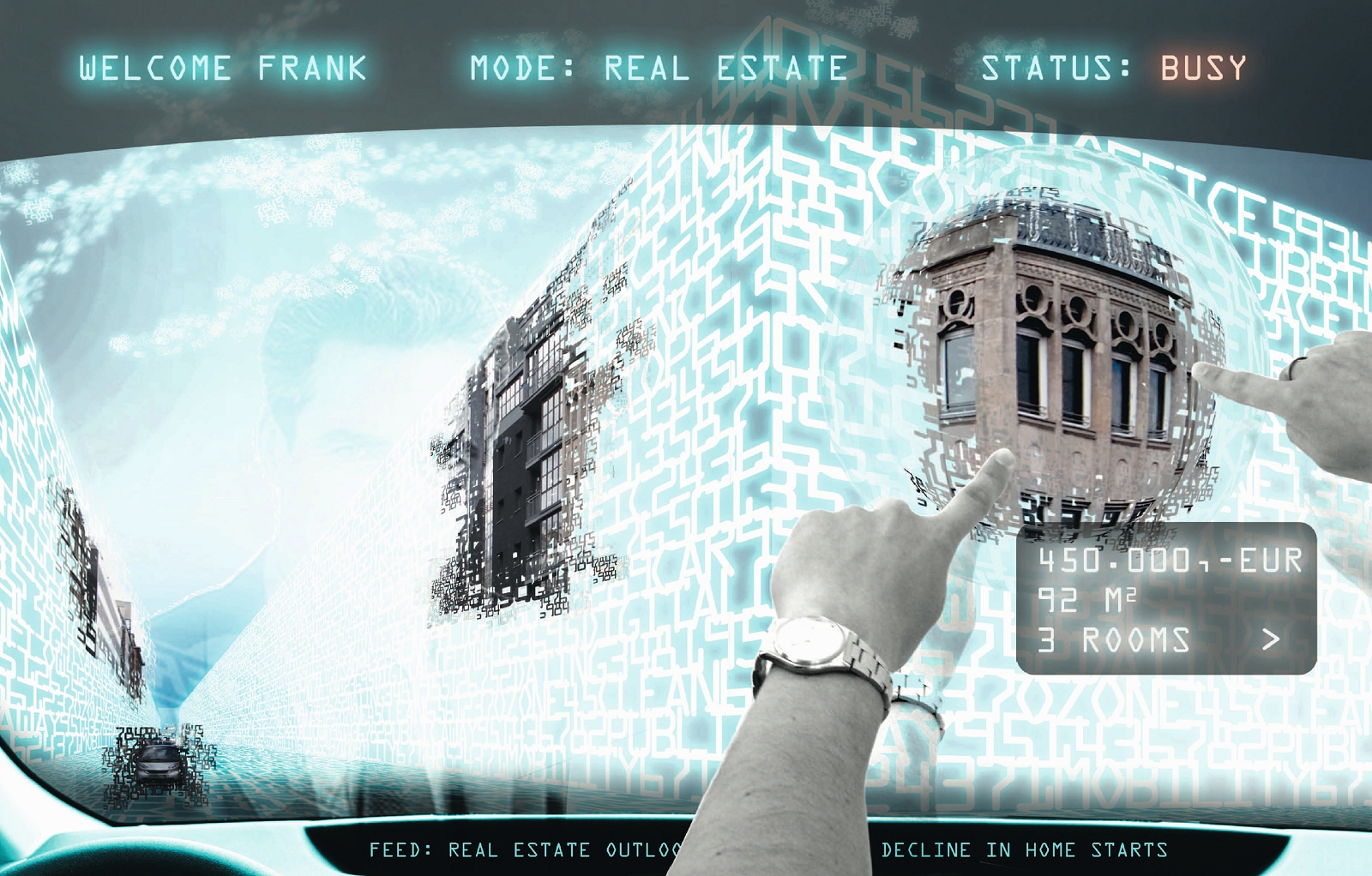 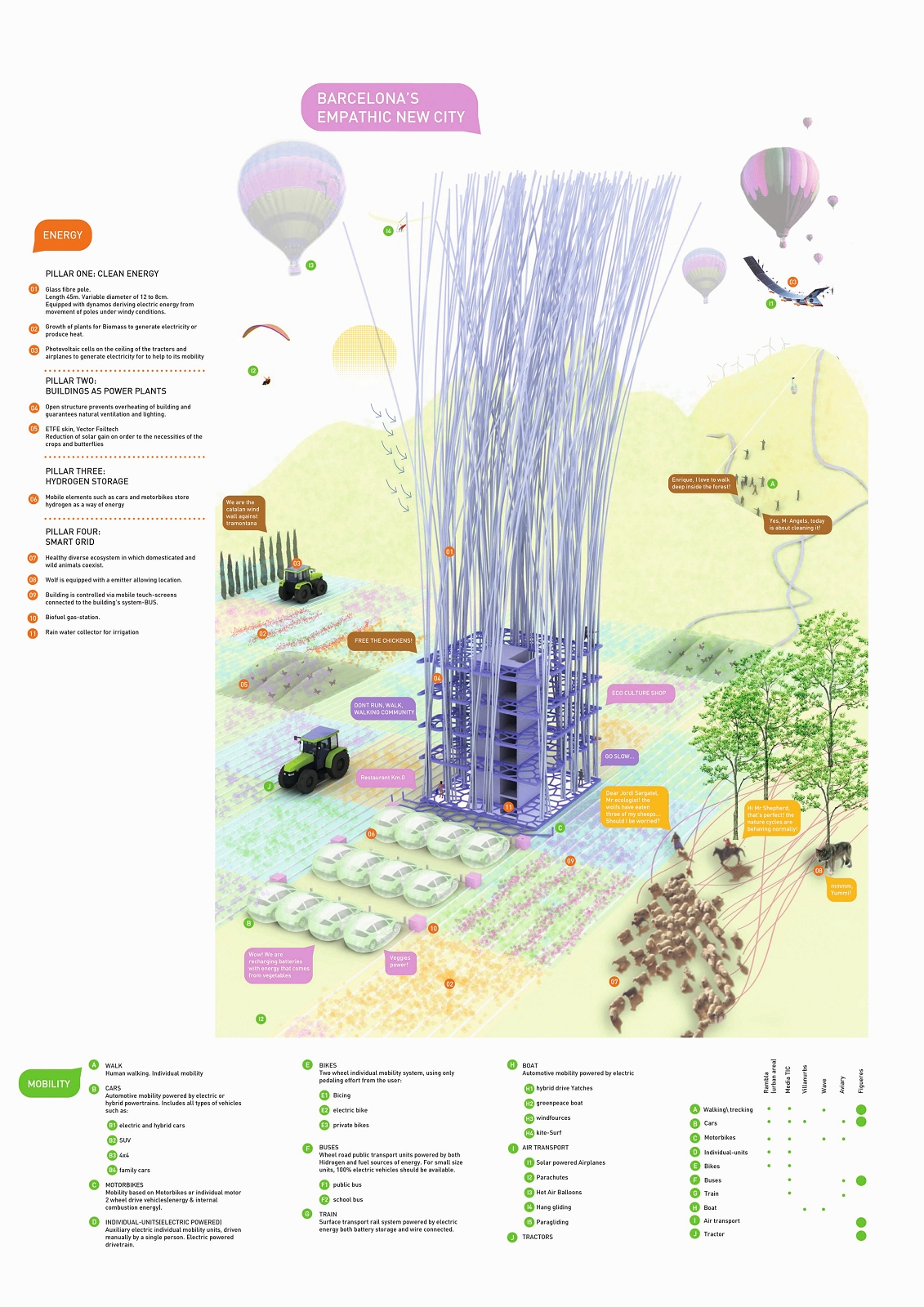 In this visionary cityscape for 2030, the car will transform from being a machine for maneuvering in traffic to a sensorial experience machine - the opened up urban space allowing its inhabitants to appreciate buildings and other monuments overshadowed by sheer traffic and its support systems.

The Audi-sponsored competition, which began in June, saw six progressive international architects conceive a future city landscape to examine how urban planning and architecture will change to embrace sustainable mobility. J Mayer H picked up the €100,000 prize at the Venice Biennale in August. CDN caught up with its founder Jürgen Mayer.

How do you see digital technology in cars opening-up urban space?
"With automated driving you don't need all the technologies that support driving in streets. Once you empty the city of these objects, it gives space back to the city, the buildings and the people. It will mean having more street space for pedestrians and more space for buildings to grow.

"When you look at certain cities from the air at night all you see are streets and some sprinkles of light. In this scenario it will be the other way round - you will see the buildings again and the cars happen to be something in-between the objects that are the center of attention."

Why have you chosen personal mobility, as opposed to shared transport, as the intermediate solution for urban mobility?
"Our concept is like a taxi system that people will use in the center of cities. It's a system you buy into so that the cars will be driven by demand rather than ownership.  They have the right equipment to be fit for downtowns and highways - a bit like what you have in certain city centers. You cannot drive into the city center unless you have these automated systems and networks."

How much of a dialogue did you have with Audi during this project?
"We had an initial briefing to find the discourse that was important to the competition followed by a workshop in Ingolstadt. We were hoping for more exchange but we realized that we have completely different working cultures. Architects by our working nature have to be open. Audi was at first more protective. The next meeting in London was very different though and it changed from this point.  We then had interaction with different people within Audi, from the technicians to light designers."

What do you feel Audi gained from this?
"They found certain topics that they were interested in and would like to continue the discourse. There will be another exhibition in a year and they are thinking of how to use the results in their own work. It's early stages so I cannot discuss more."

What did the experience teach you as an architect?
"The intensity we had with the Audi competition was very special and working with a new industry is exciting. It was a great experience with architects looking beyond their discipline - and we architects like to do cross-disciplinary work."

Did fantasy images from sci-fi films impact on your concept design?
"When we started doing research on this competition we did look at some of these futuristic ideas. We tried to think 'what is the fantasy we have now' and build on that. Maybe the future that happens in the short run is invisible - it comes as a digital revolution that might not look different at first but it completely changes how we live."

Did the experience entice you to want to design a car?
"Audi is very competent. What I can bring is this other side - the foil and film on which these cars are driving and how this impacts on the built environment. In this case I was more interested in what the performance quality and the communication issues the car can bring into the city."