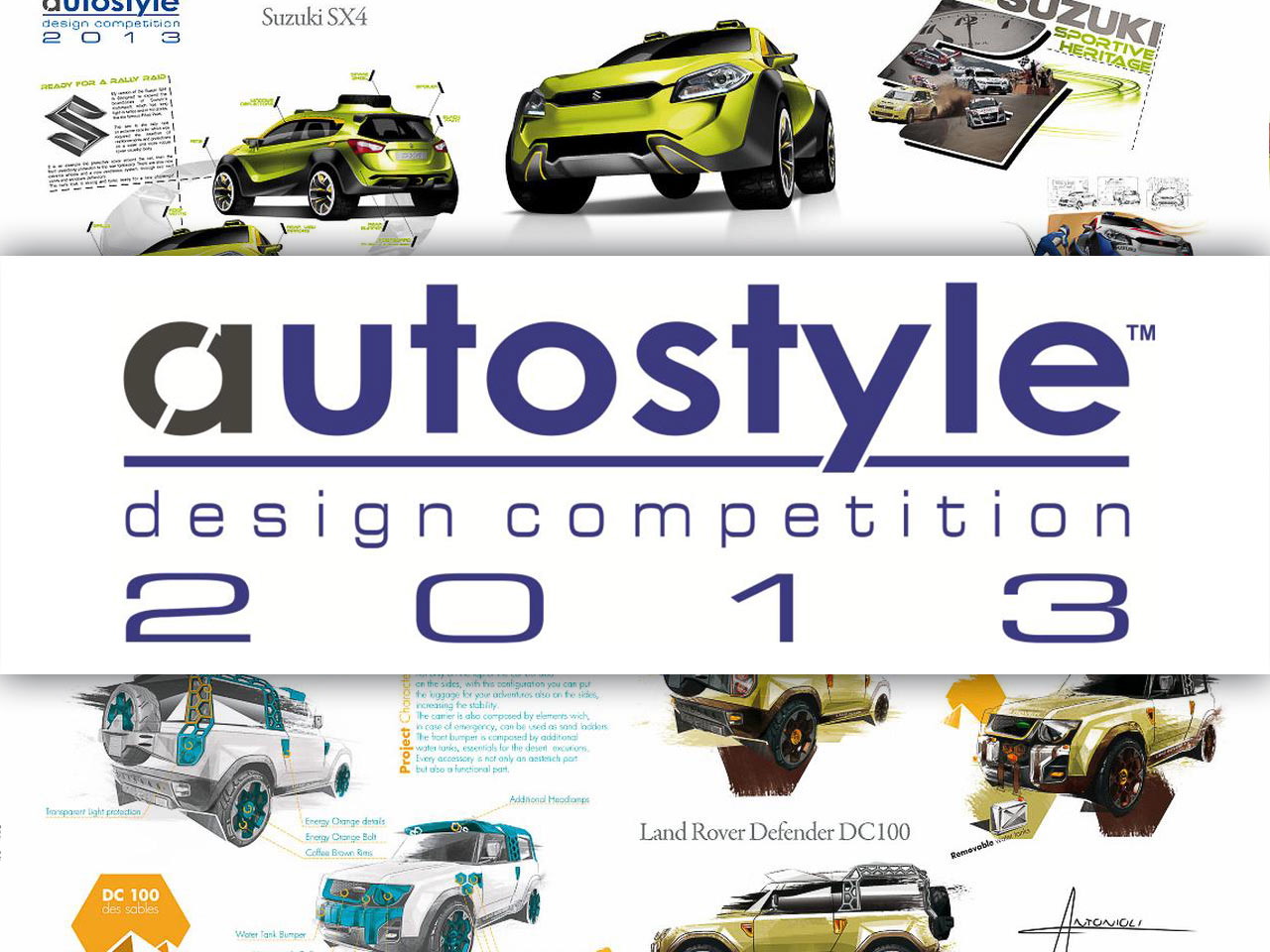 The winners of the competition were presented with awards by renowned designers from the judging panel. Click for larger images 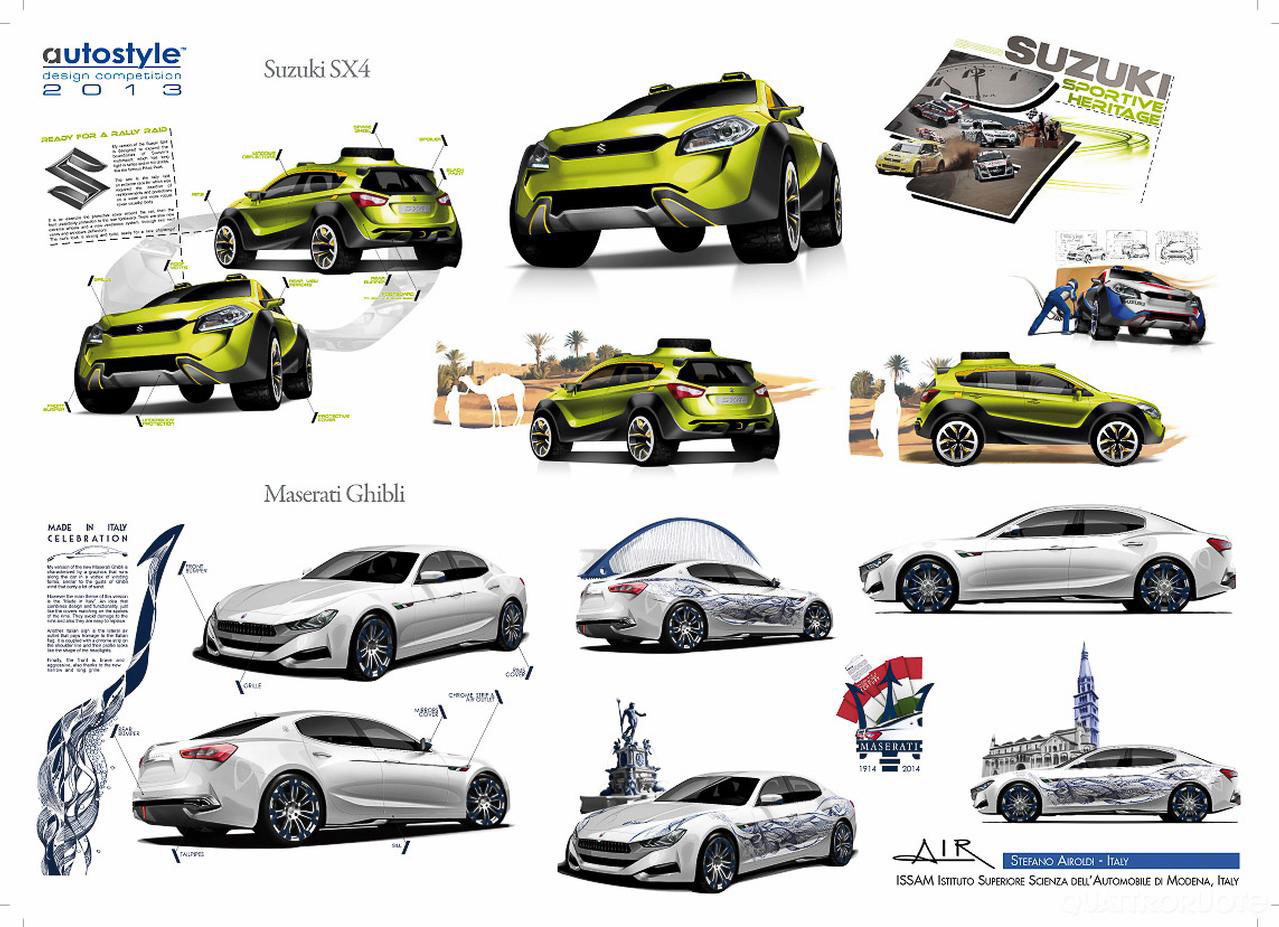 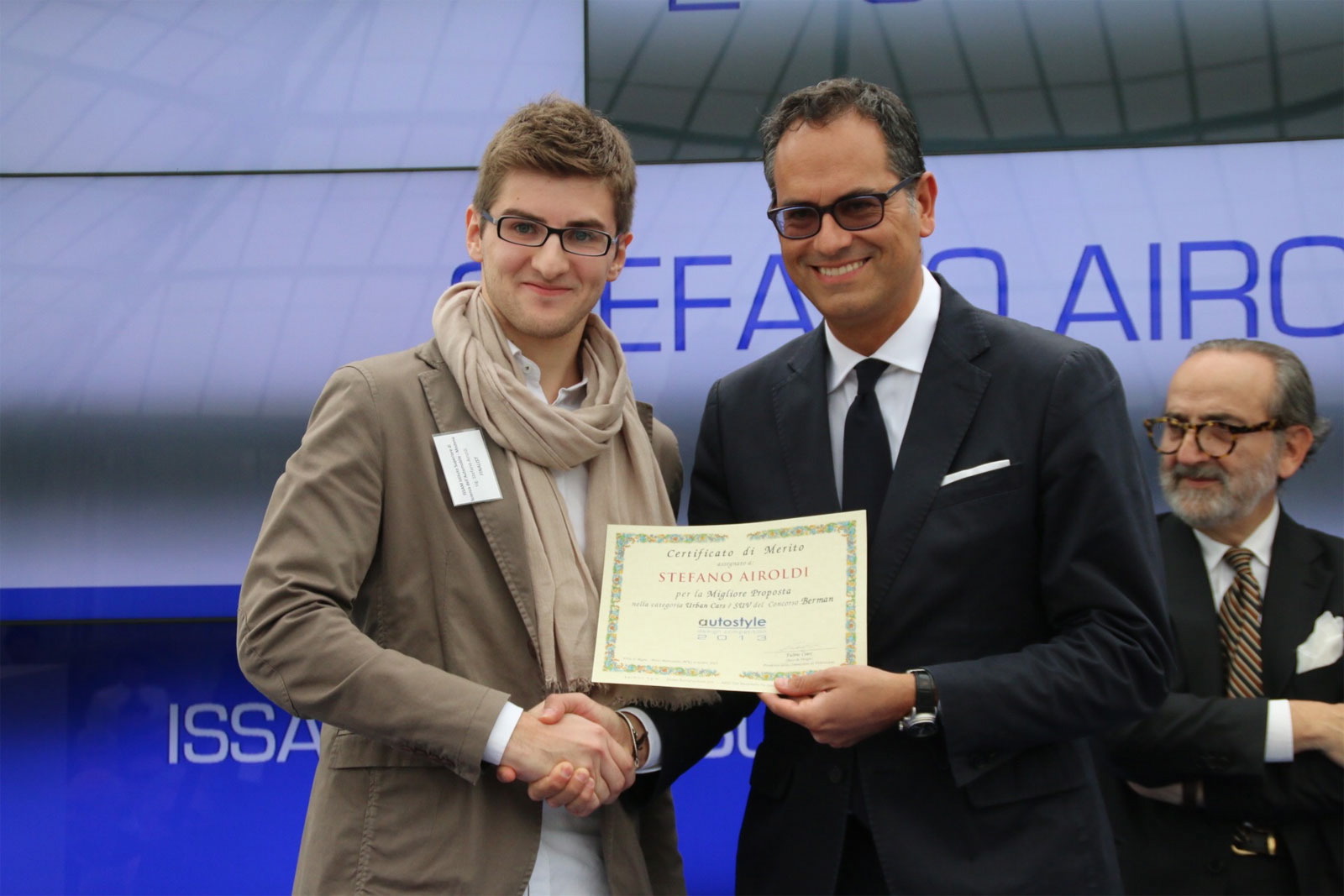 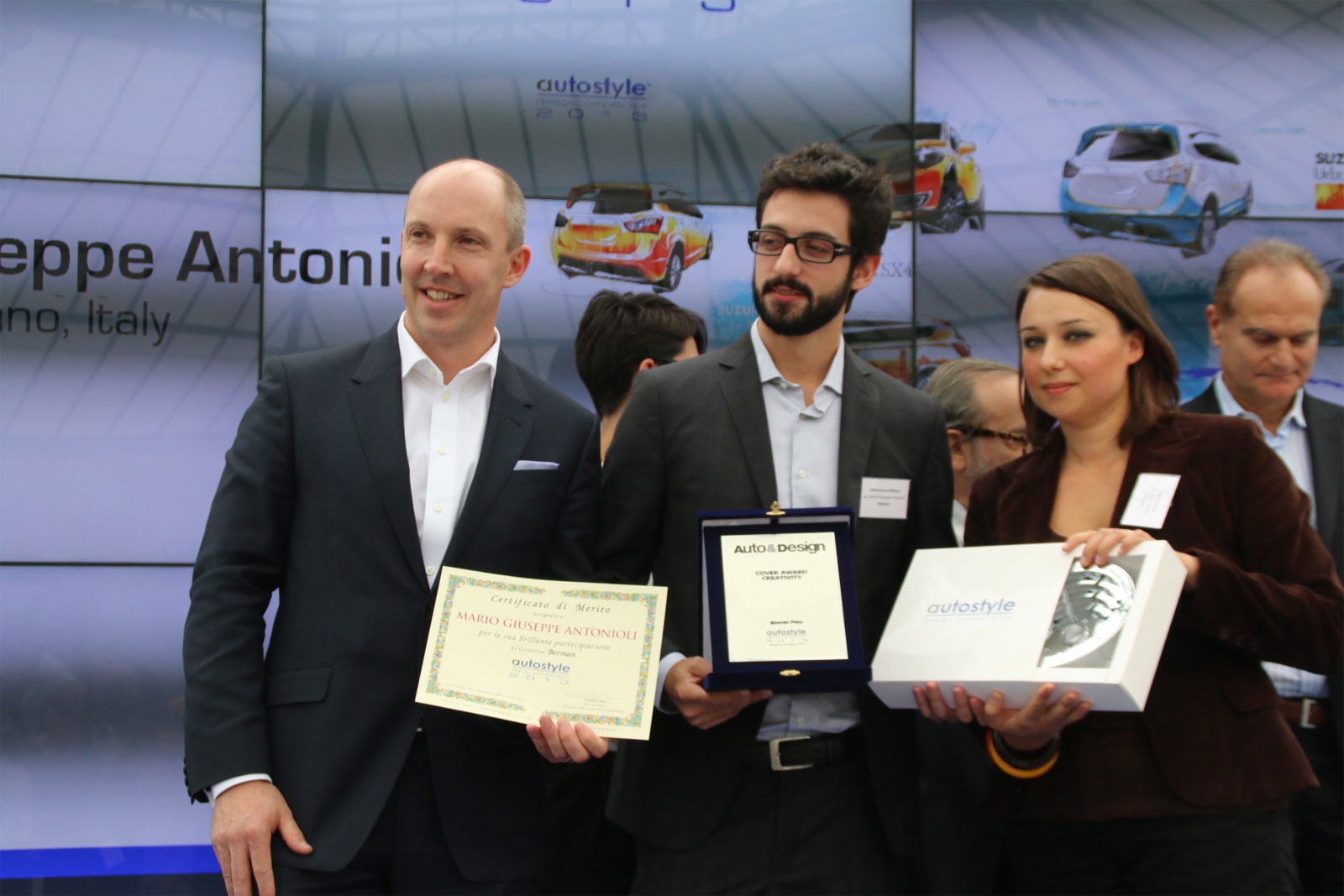 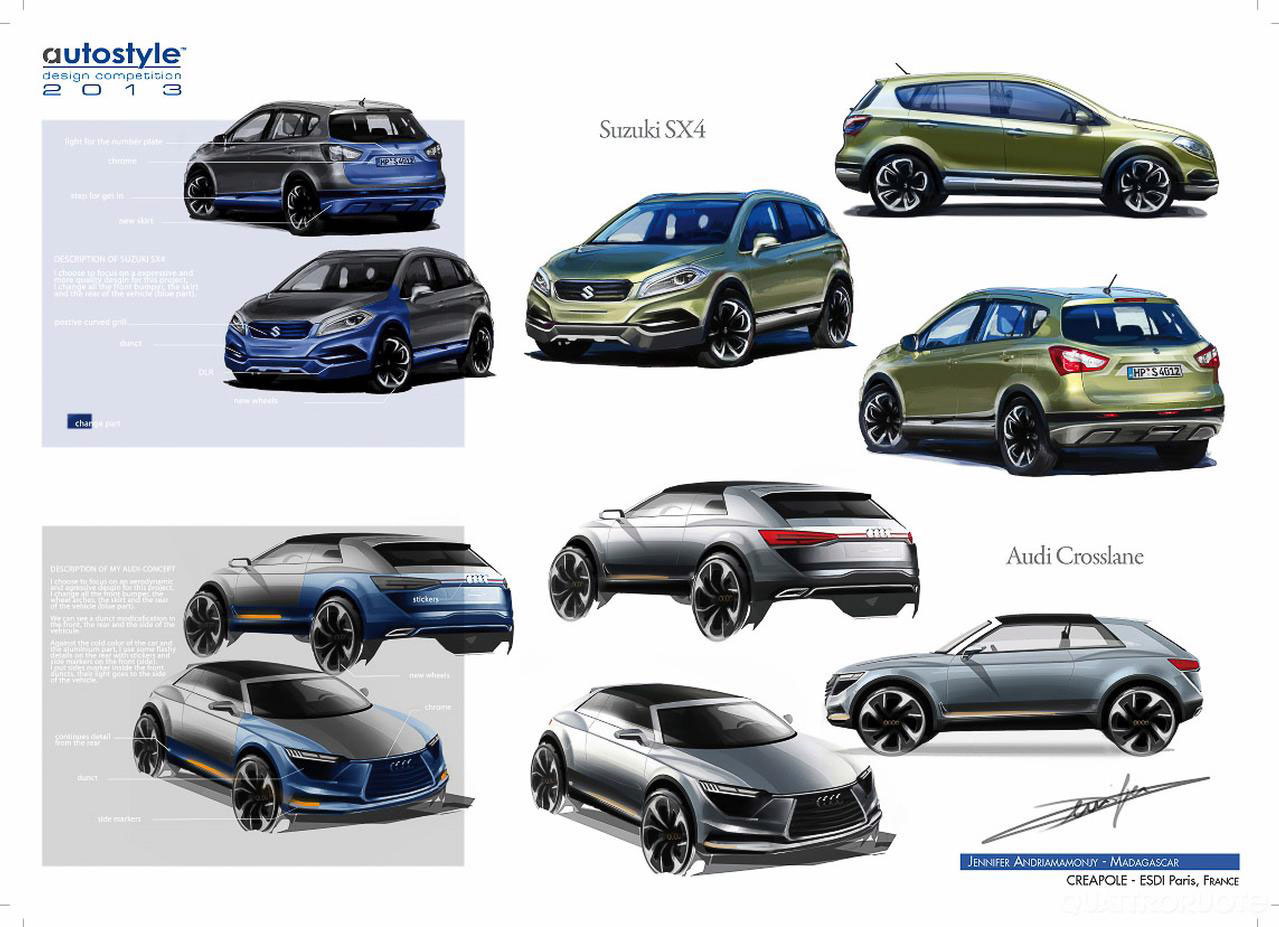 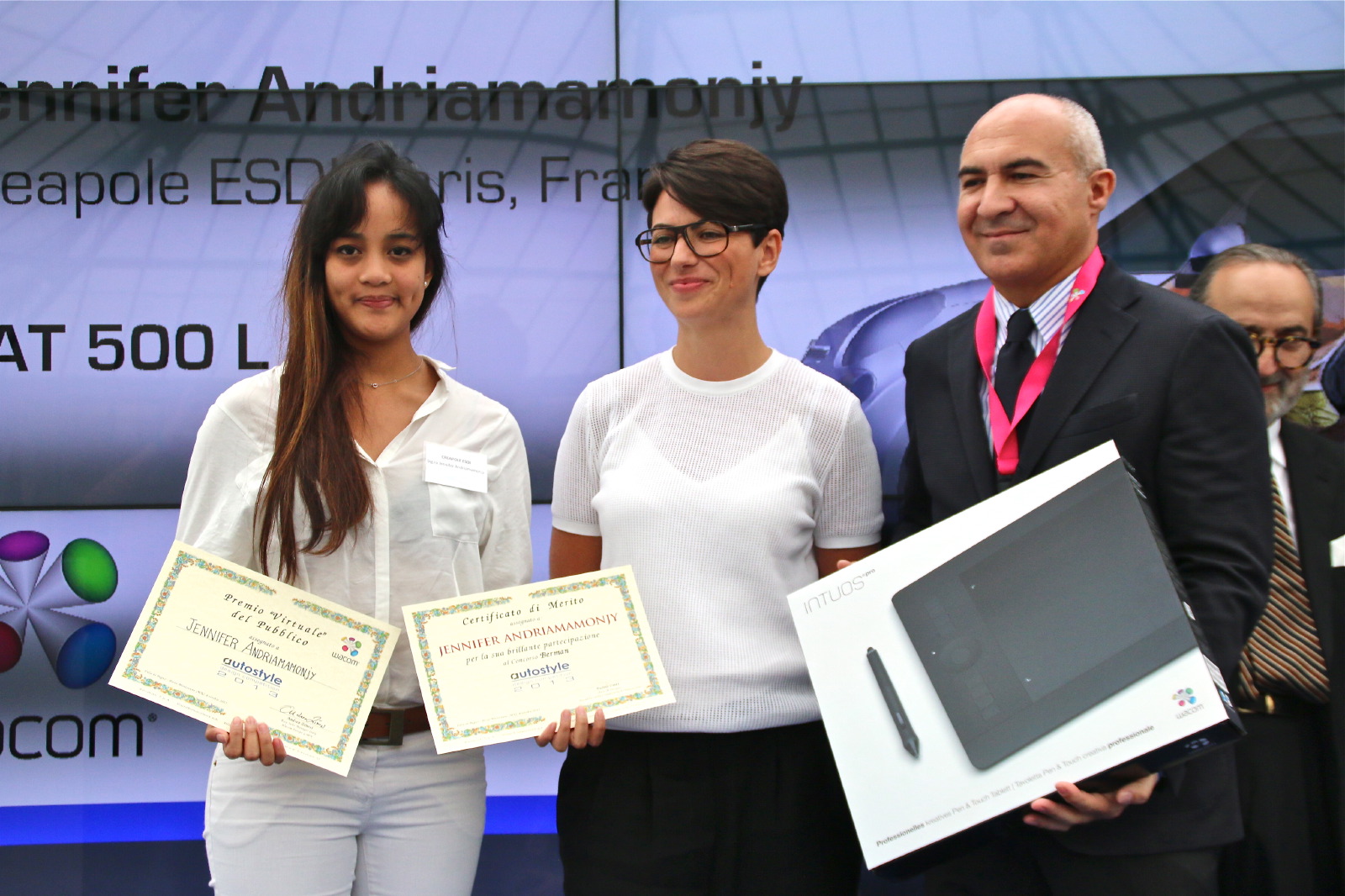 The results of the tenth annual Autostyle 2013 design competition are in, with three Italian and two French design students earning this year's top plaudits.

The contest challenged students from eight schools from around the world to create a custom vehicle from a Citroën Revolte concept, Suzuki SX4, Audi Crosslane, Land Rover Defender DC100 concept or Maserati Ghibli. 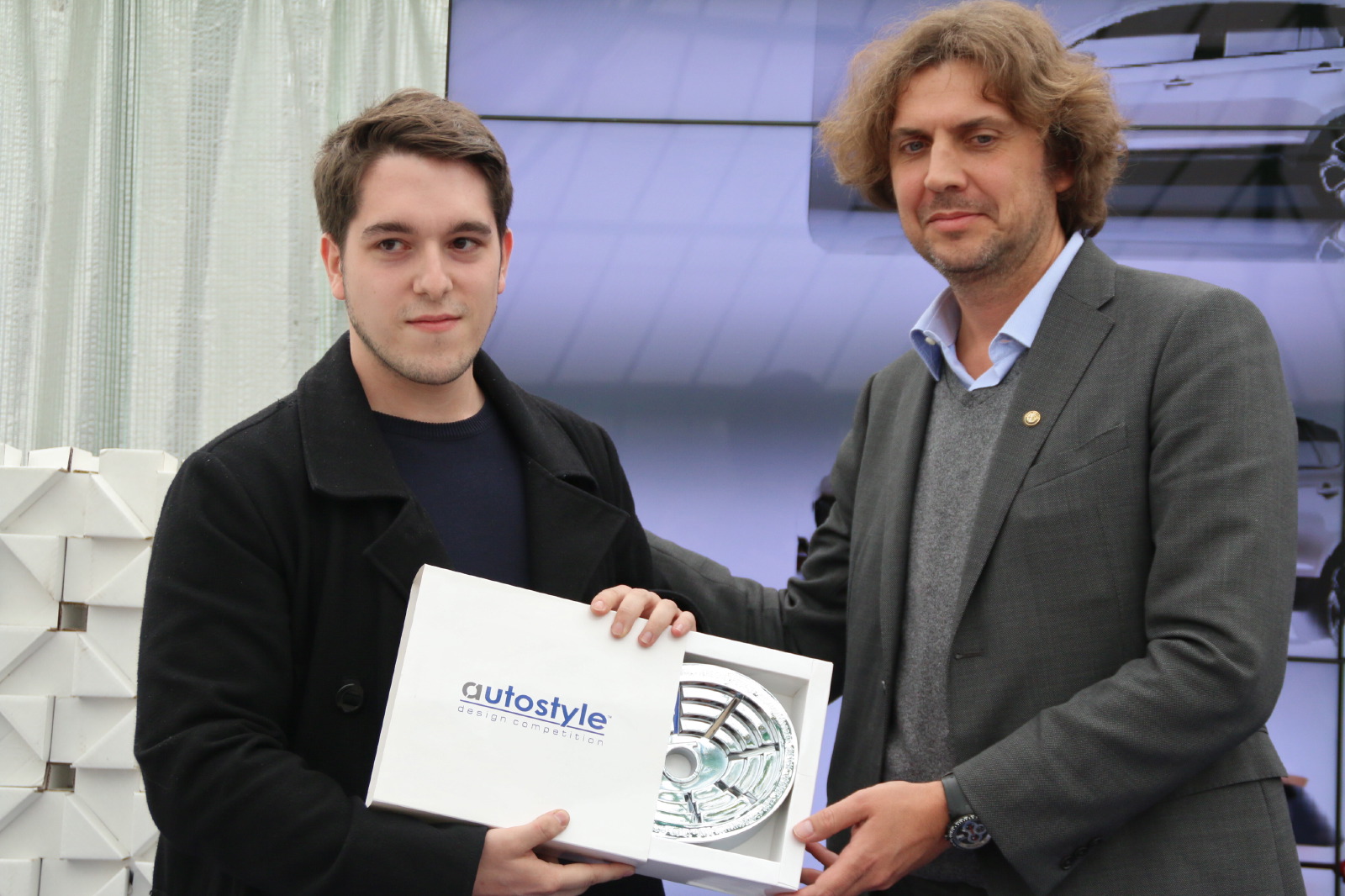 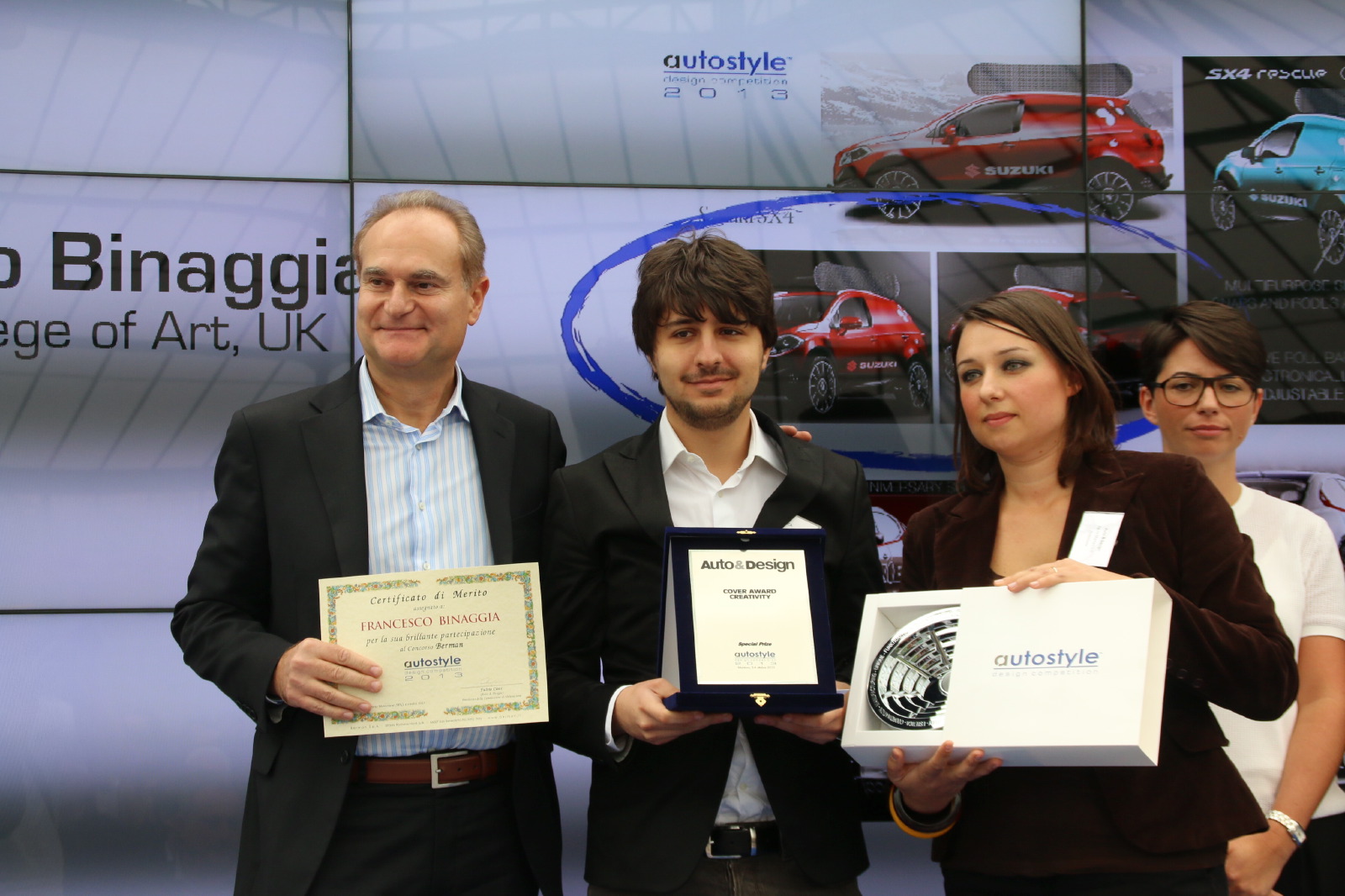 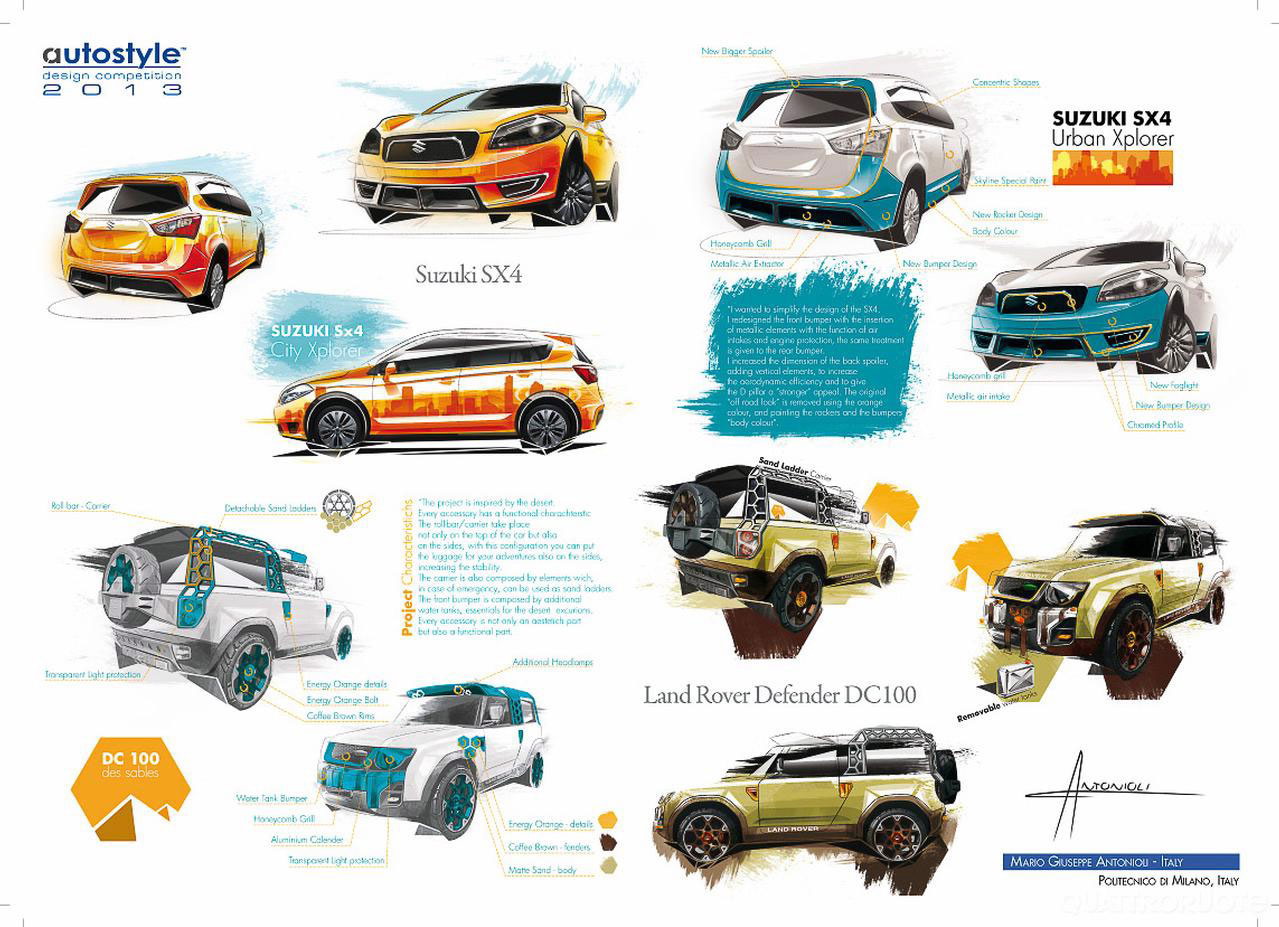 Antonioli's project won him one of the Creativity Awards 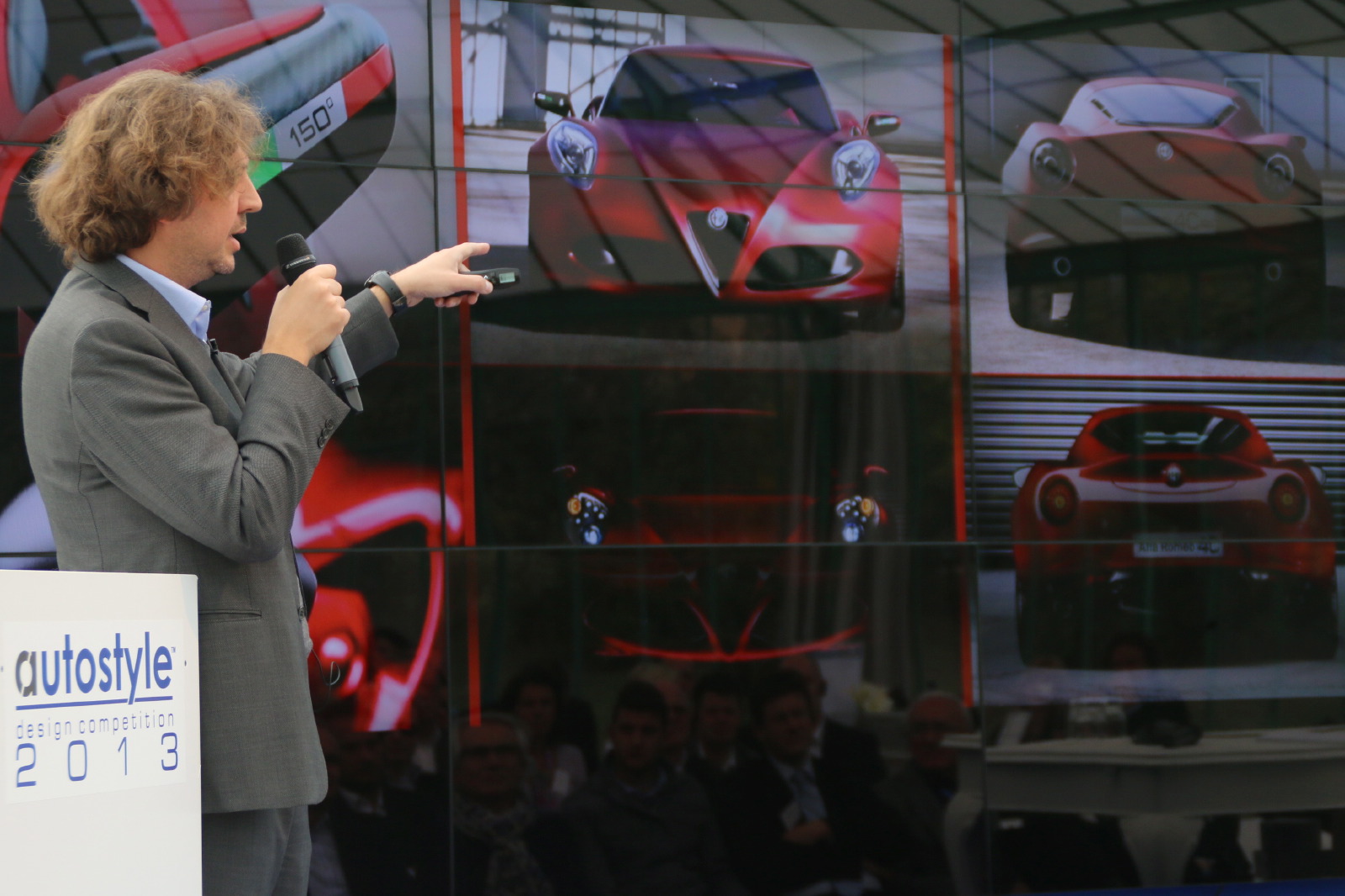 Maccolini explains the development of the Alfa Romeo 4C

The 'Creativity Awards', sponsored by Auto & Design magazine, were won by Mario Giuseppe Antonioli from the Politecnico di Milano with his Land Rover Defender DC100, and by the Royal College of Art's Francesco Binaggia, with his Suzuki SX4.

Over the two day event, five workshops took place, beginning with 'From Quattroporte to Ghibli' by Maserati's Giovanni Ribotta, in which he spoke about the rebirth of the latter, before head of Volvo interior Robin Page and head of Volvo exterior Jonathan Disley hosted their workshop. Entitled 'The brand new models of Volvo', the workshop explored the turning point of Scandinavian car design through the Concept Coupé.

On the second day, the sessions began with Alfredo and Maria Paola Stola of Studiotorino and Italo Moriggi of Skorpion Engineering's workshop, 'Coupétorino on Mercedes-Benz SL'. Alfa Romeo's Alessandro Maccolini was up next, hosting a workshop on the development of the 4C entitled 'One way direction'.

The last workshop was hosted by Ferrari's Flavio Manzoni, who focused on the LaFerrari supercar and its innovative details, such as the Hy-Kers hybrid system and hand-laminated carbon fiber chassis.