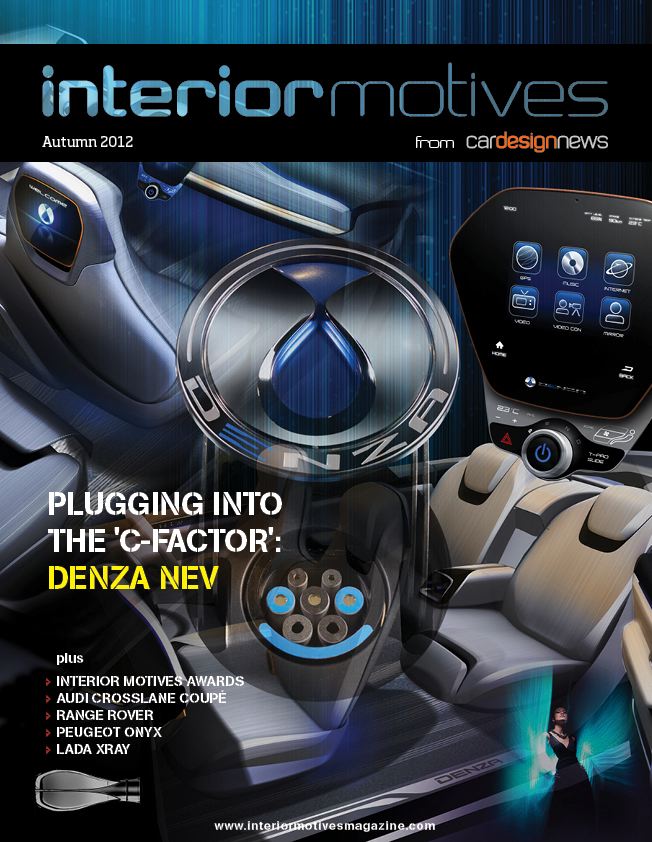 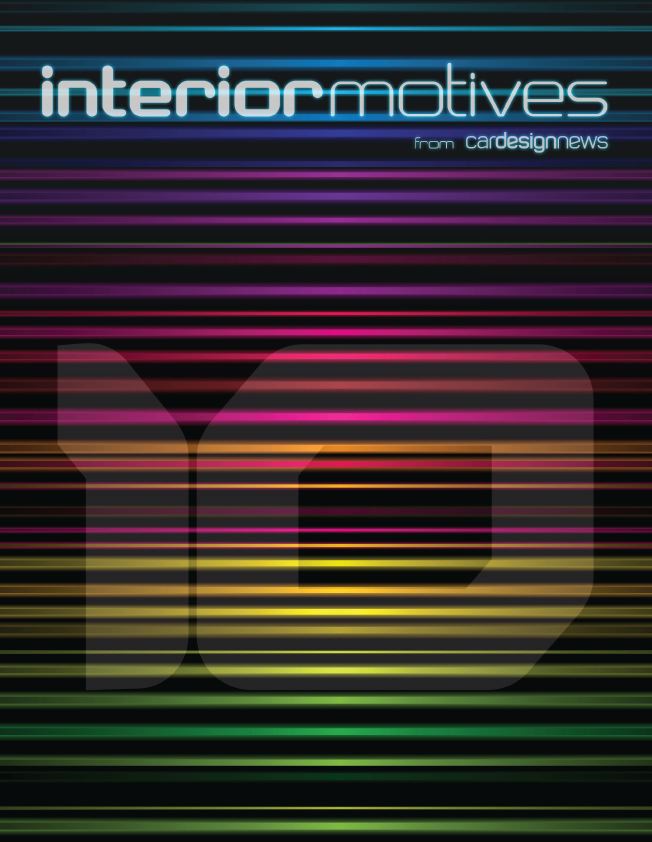 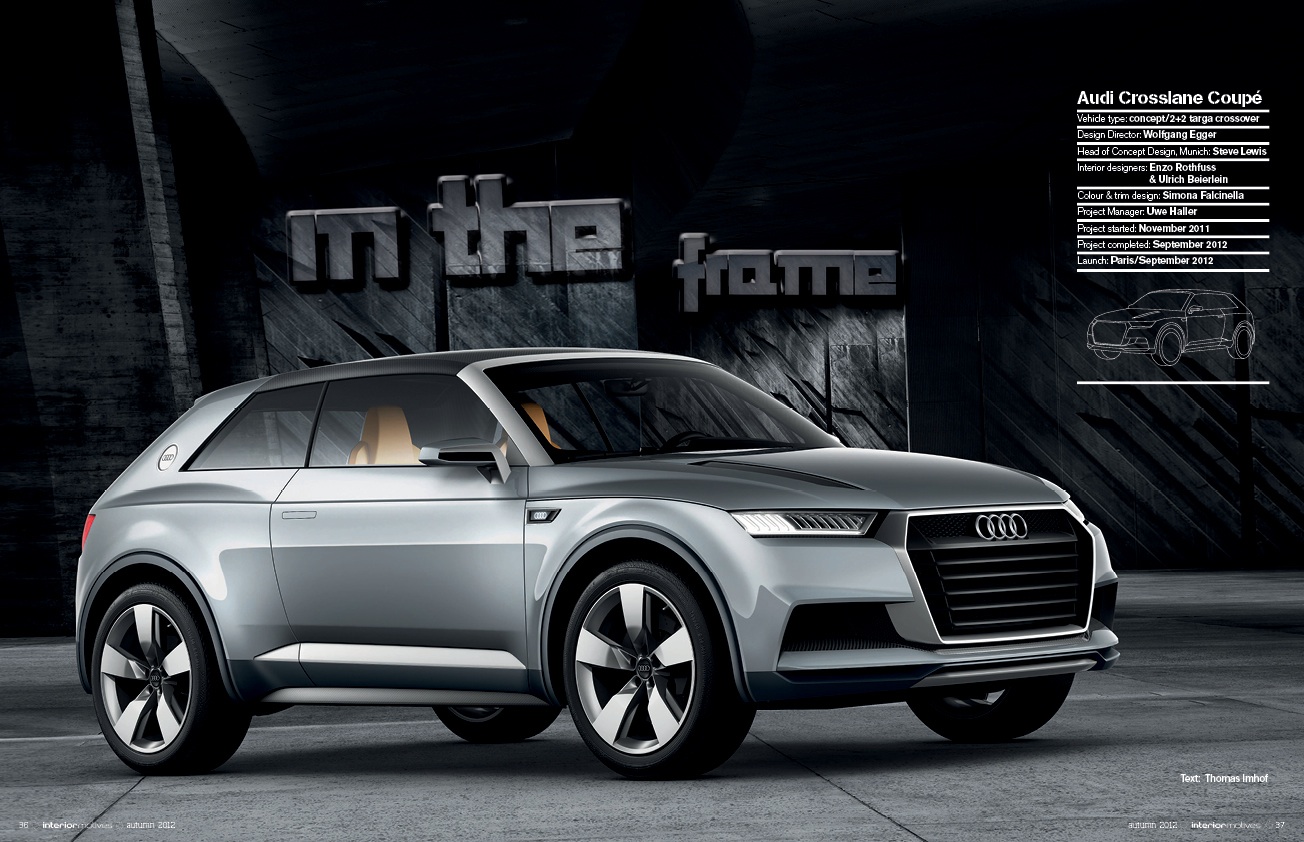 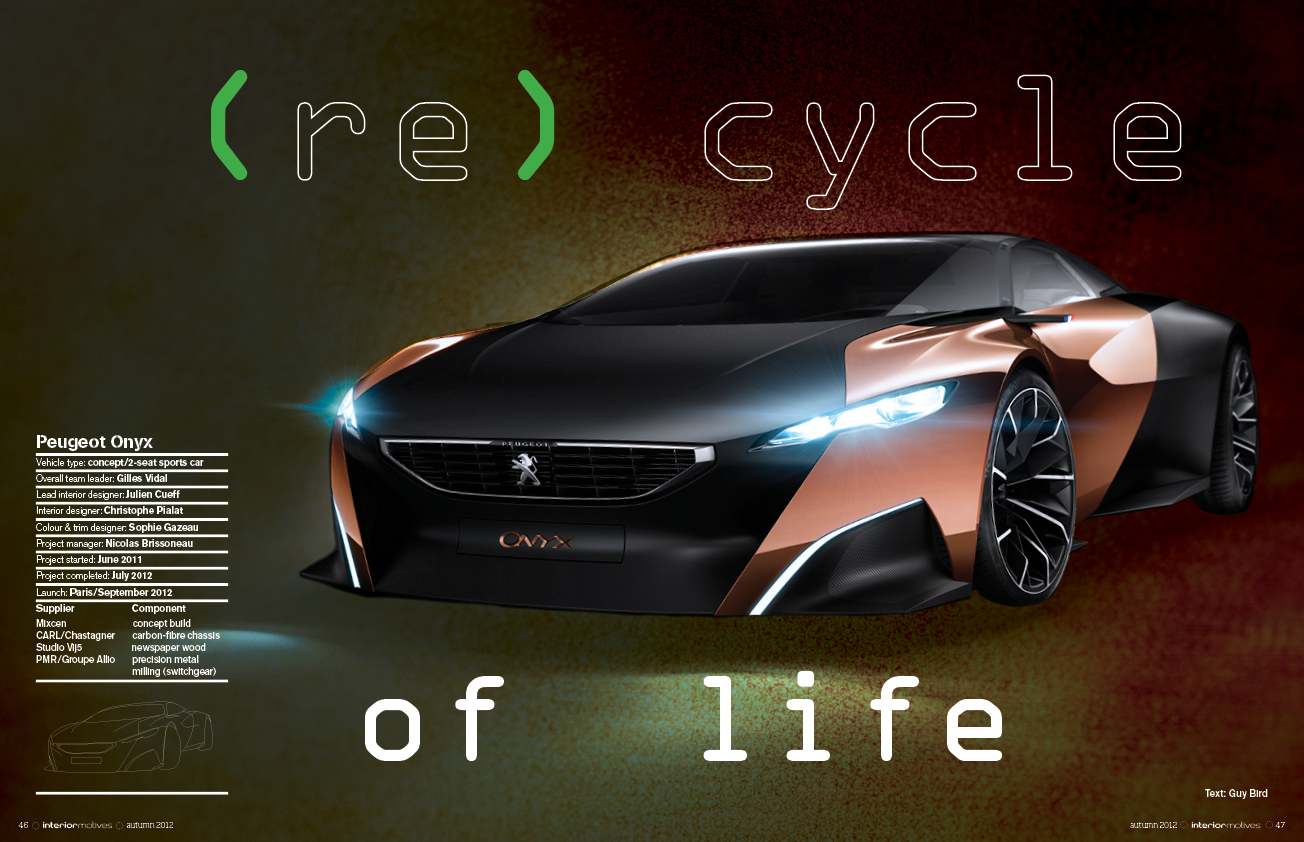 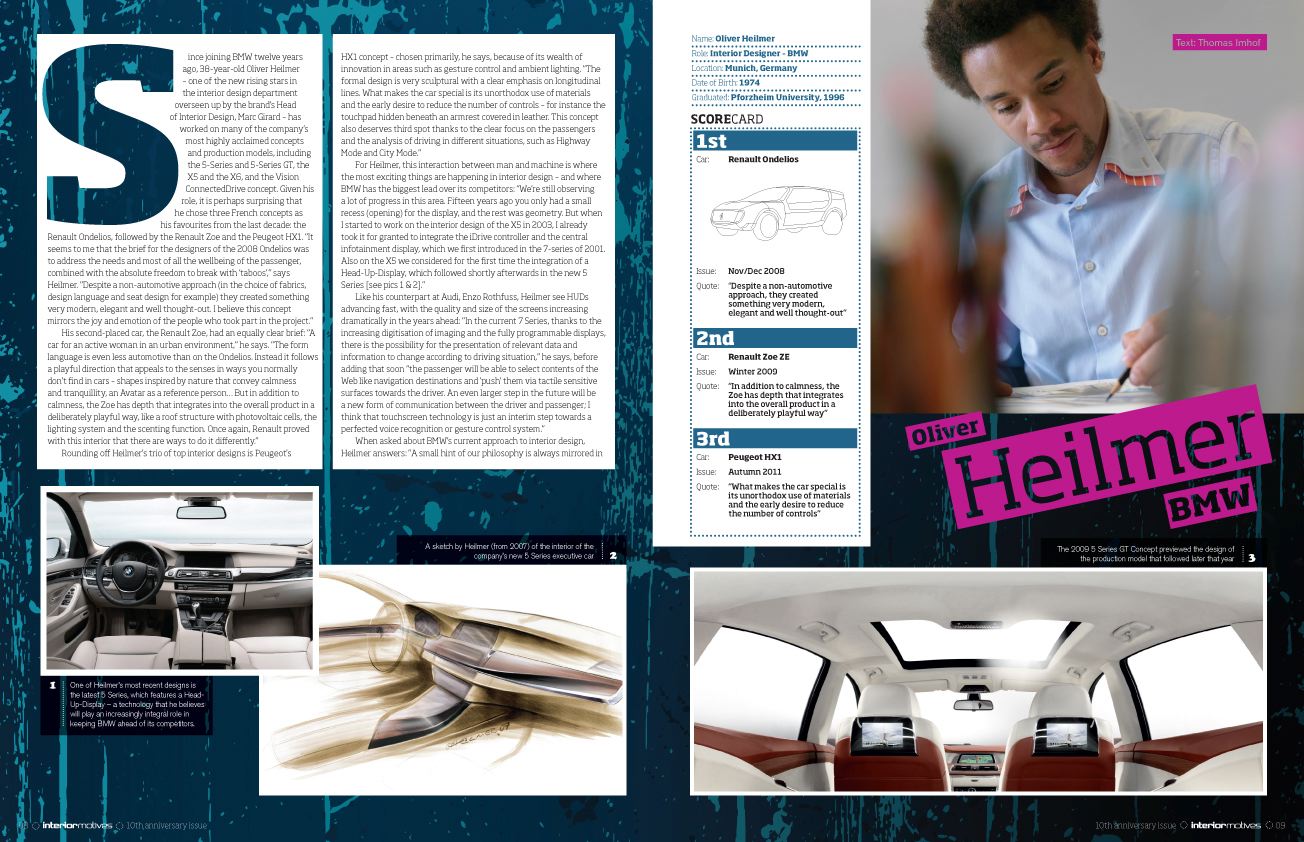 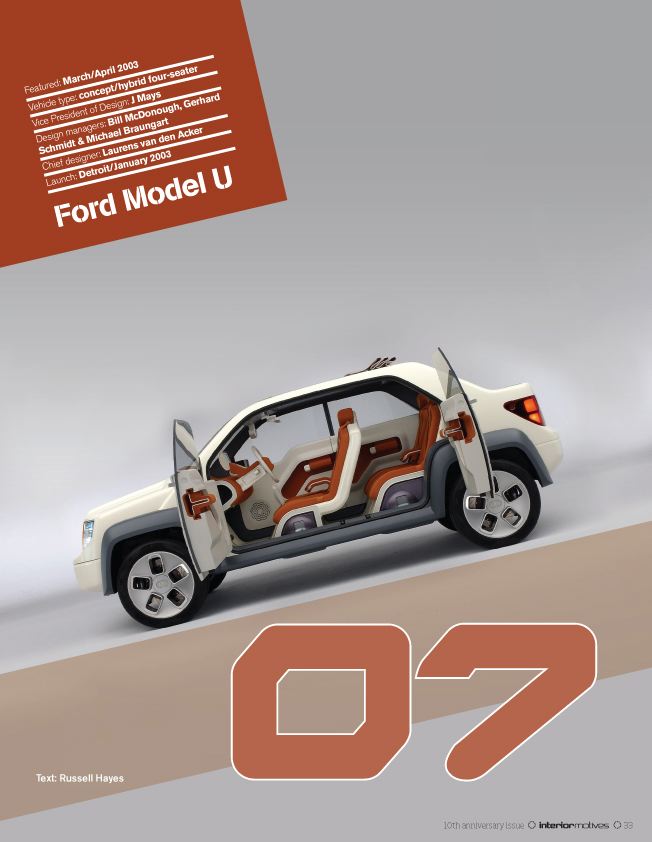 Stories include the ground-breaking first concept from the newly launched, China-only Denza brand, created by Daimler and BYD to tap into the growing desire for luxury family cars, and Audi's Crosslane Coupé, which showcases the marque's new design philosophy. Also included in the latest edition is the full story behind the all-new Range Rover - widely considered to be the best SUV ever built - and the innovative Onyx concept shown by Peugeot at the Paris motor show.

Combined with an exclusive behind-the-scenes look at the development of Lada's XRay (a stake in the ground by new design boss Steve Mattin) and a report from the 2012 Interior Motives Design Awards, the Autumn issue is essential reading for anyone working in automotive design.

Inside this very special issue of the magazine you'll find exclusive in-depth interviews with all of these influential designers, who give insights into why these rival carmakers' concepts represent great design, and find out which car emerged as the industry's favourite interior of the decade. Like the autumn issue, this limited-edition collector's item is available for purchase here. Alternatively, you can buy a year's subscription or download any of the back issues for your iPad by browsing for Interior Motives in Apple's App Store.