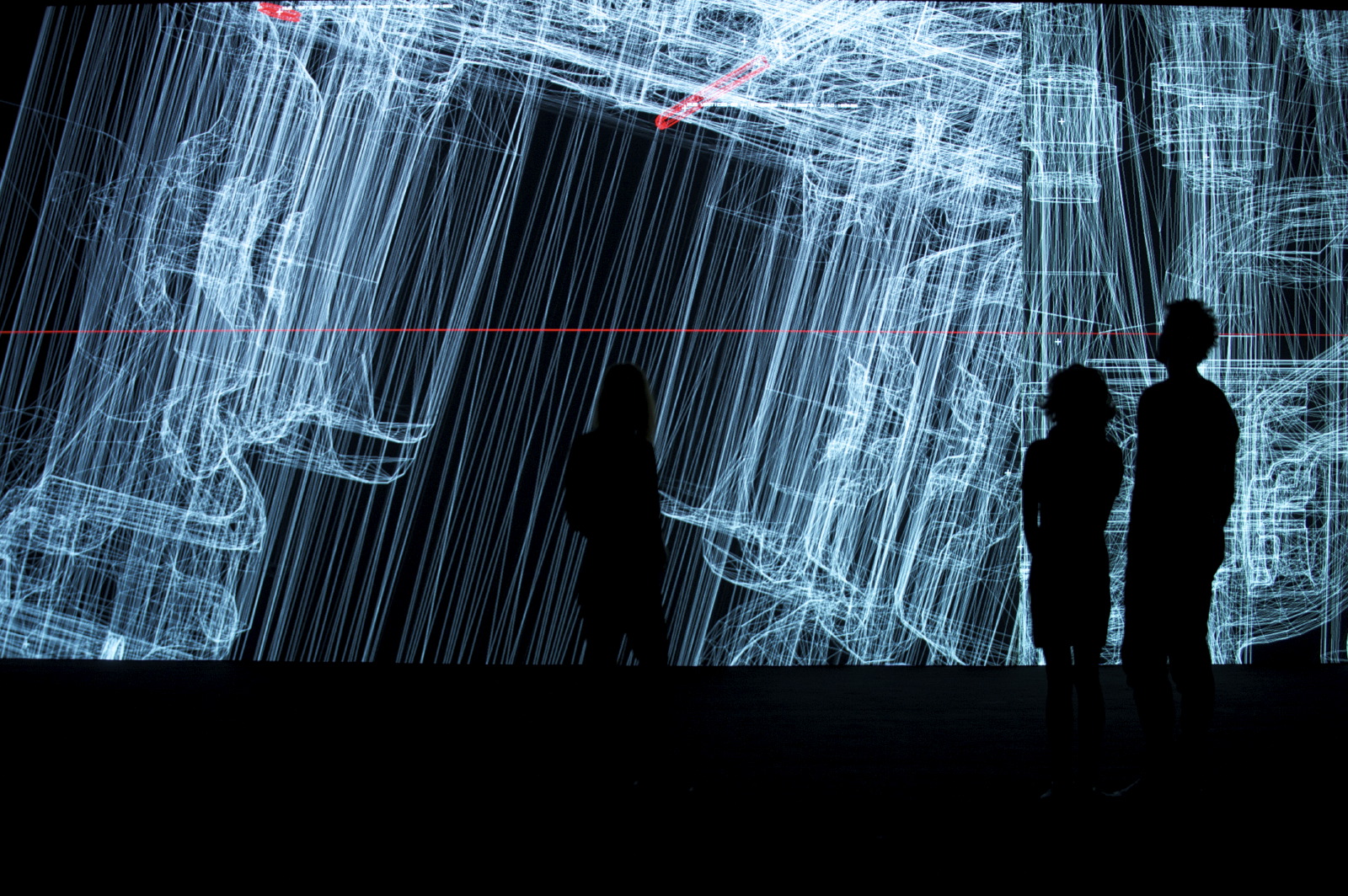 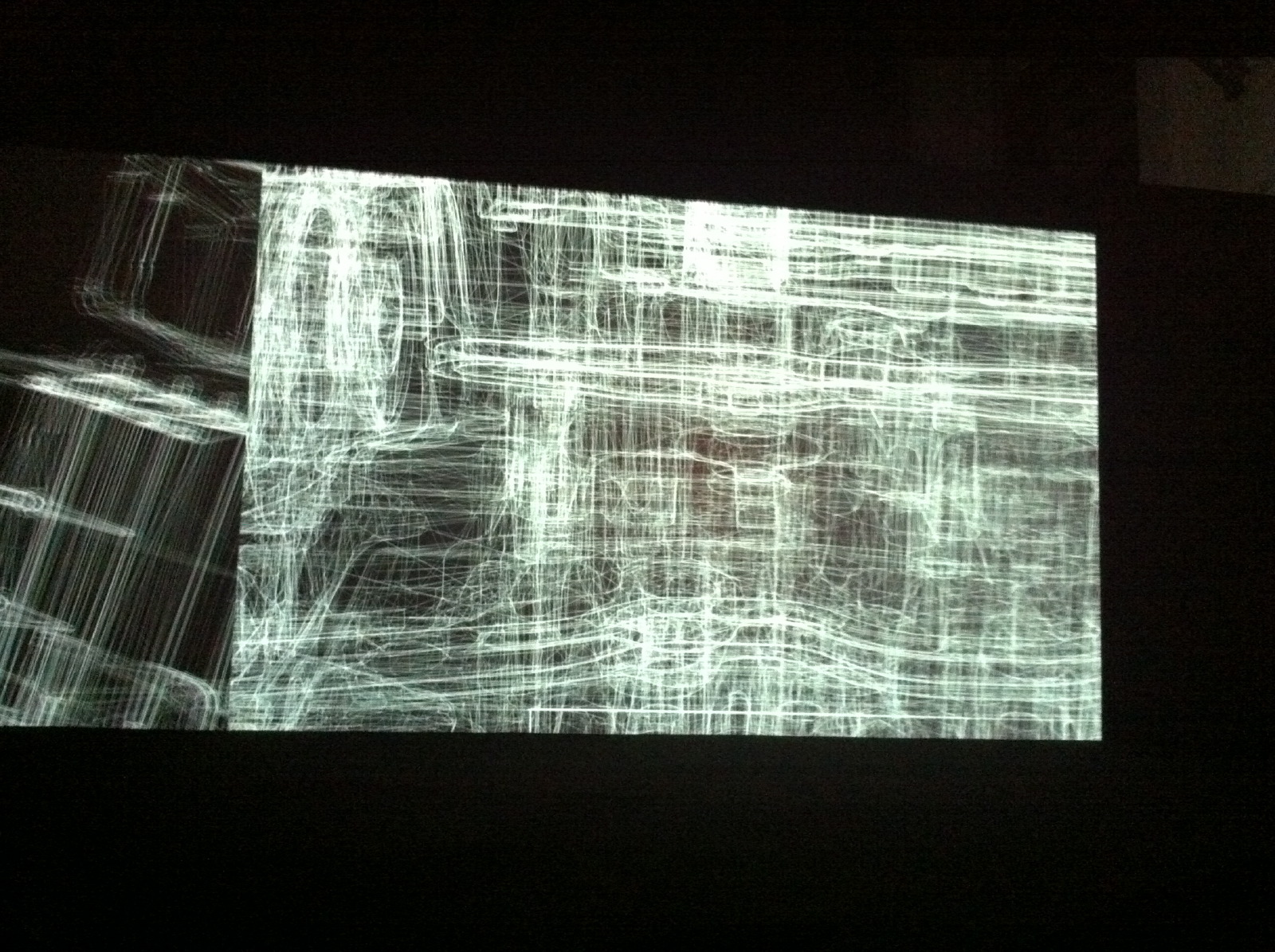 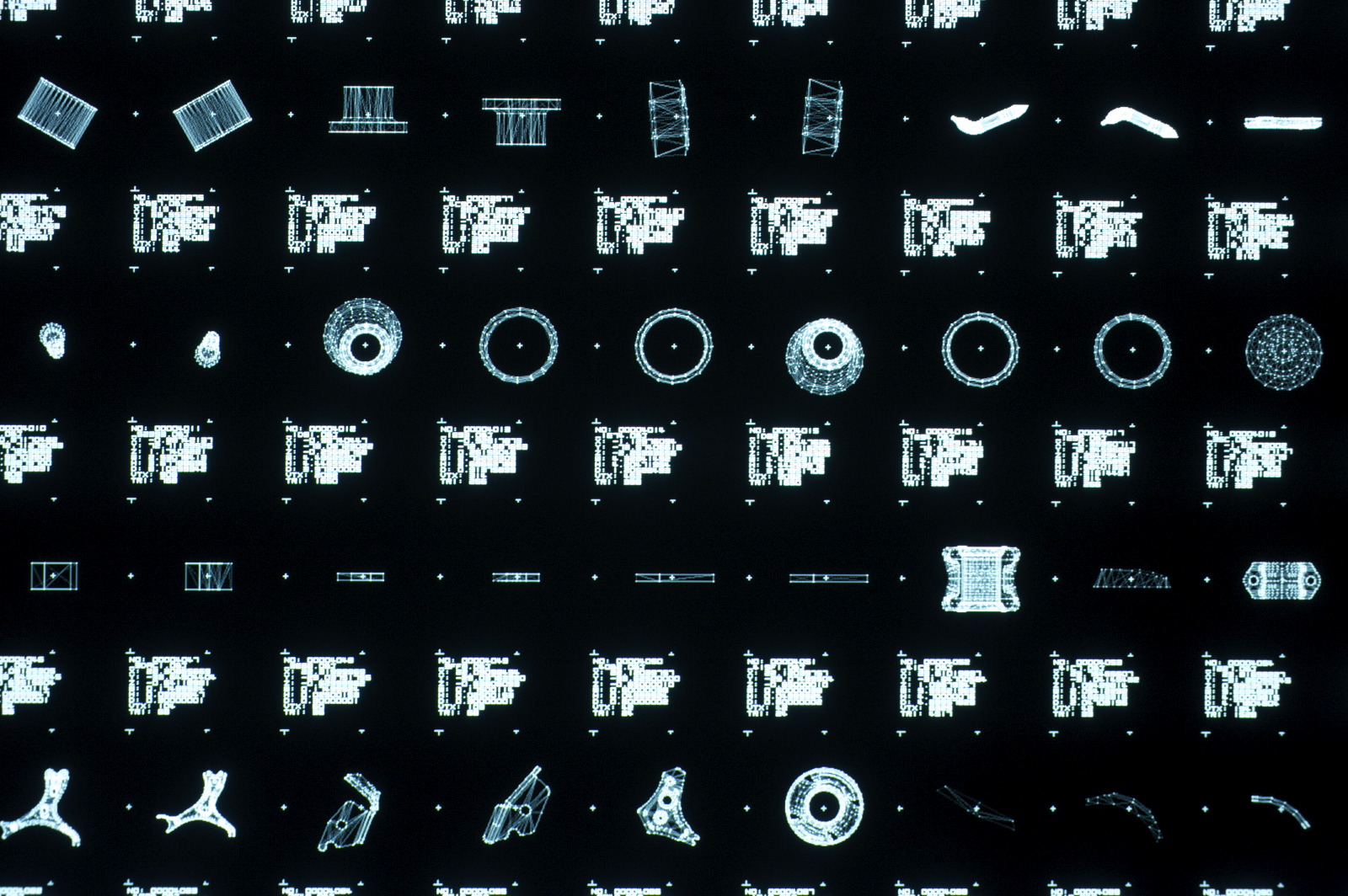 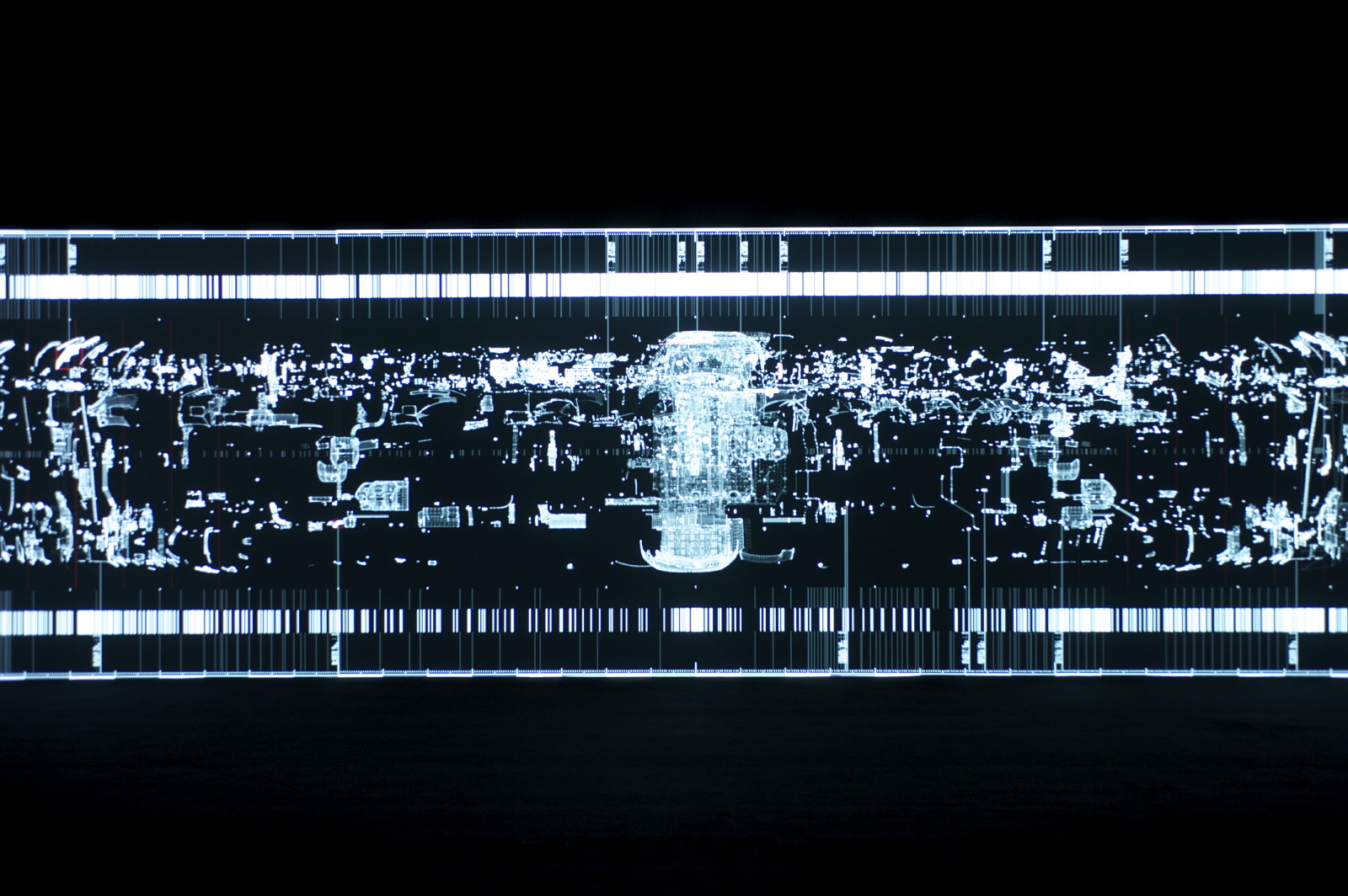 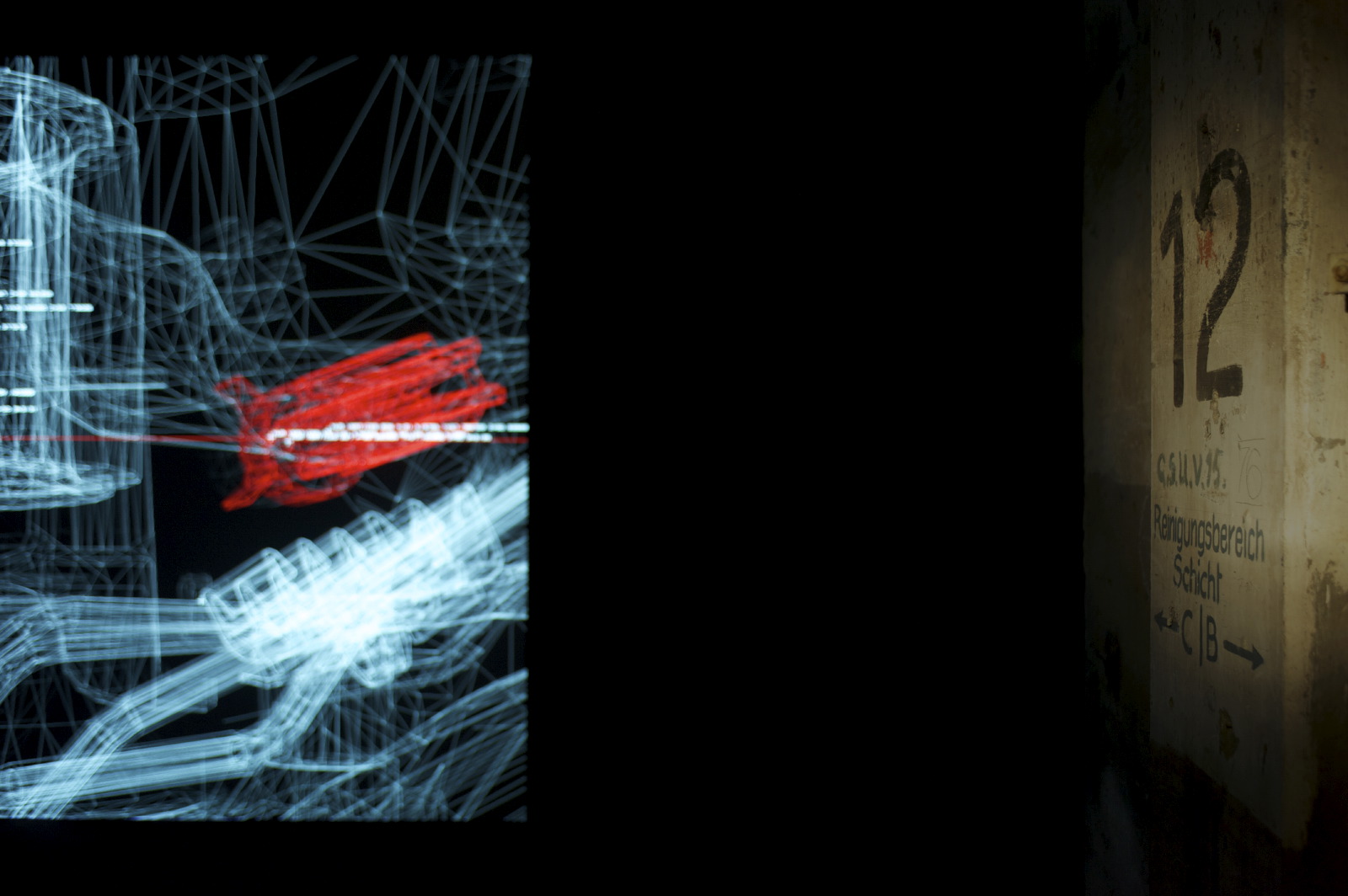 The language of installations is close to design - it is about placing objects in space, and working with balance and atmosphere while interscting with people. Of course with art there is no function, solely feelings. Yet one of the latest art/car collaborations, data.anatomy[civic], adds just this. This audiovisual installation places objects in space - literally - and the result is an exciting sensory experience. 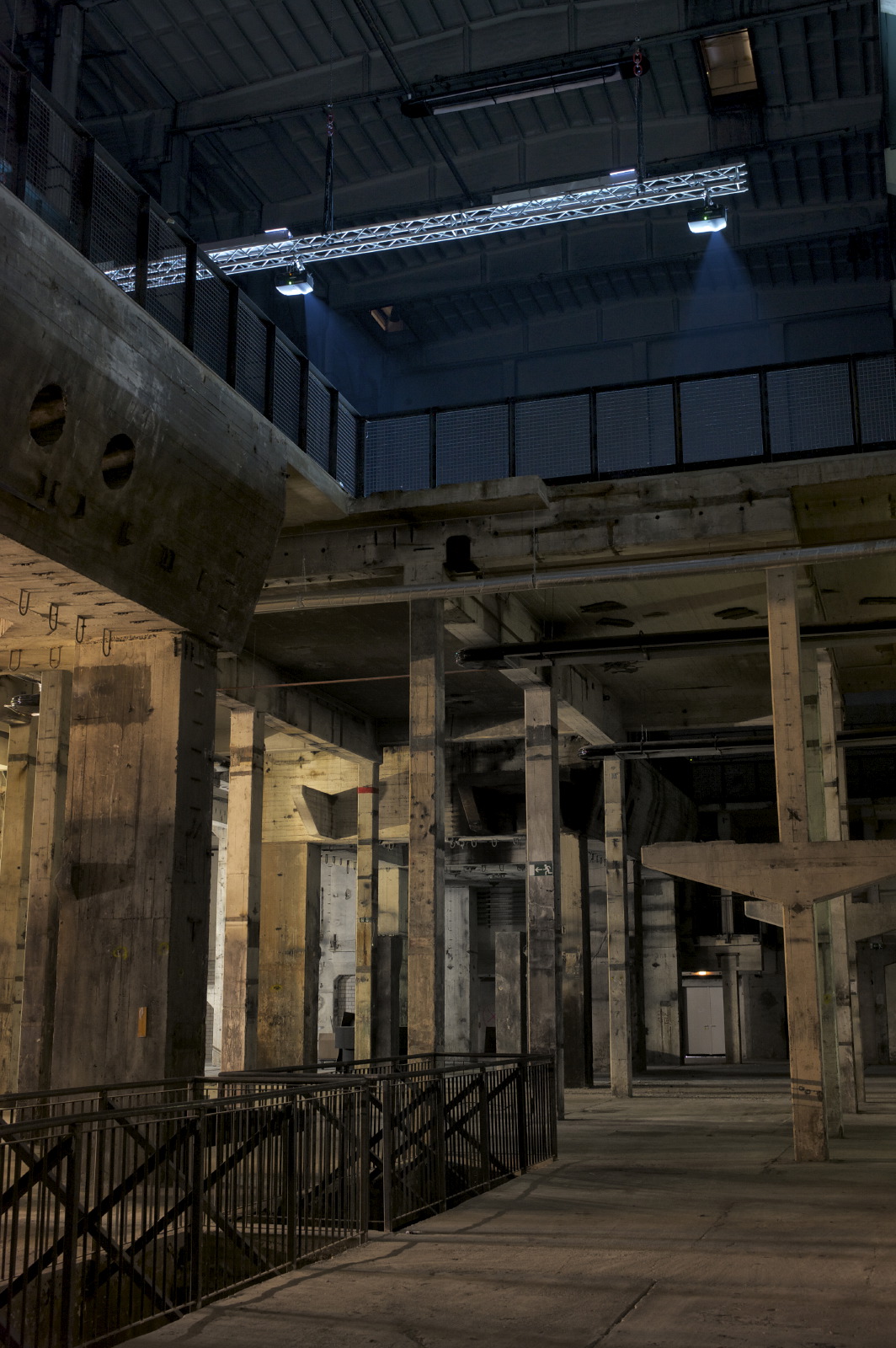 The exhibition is located in a former power station 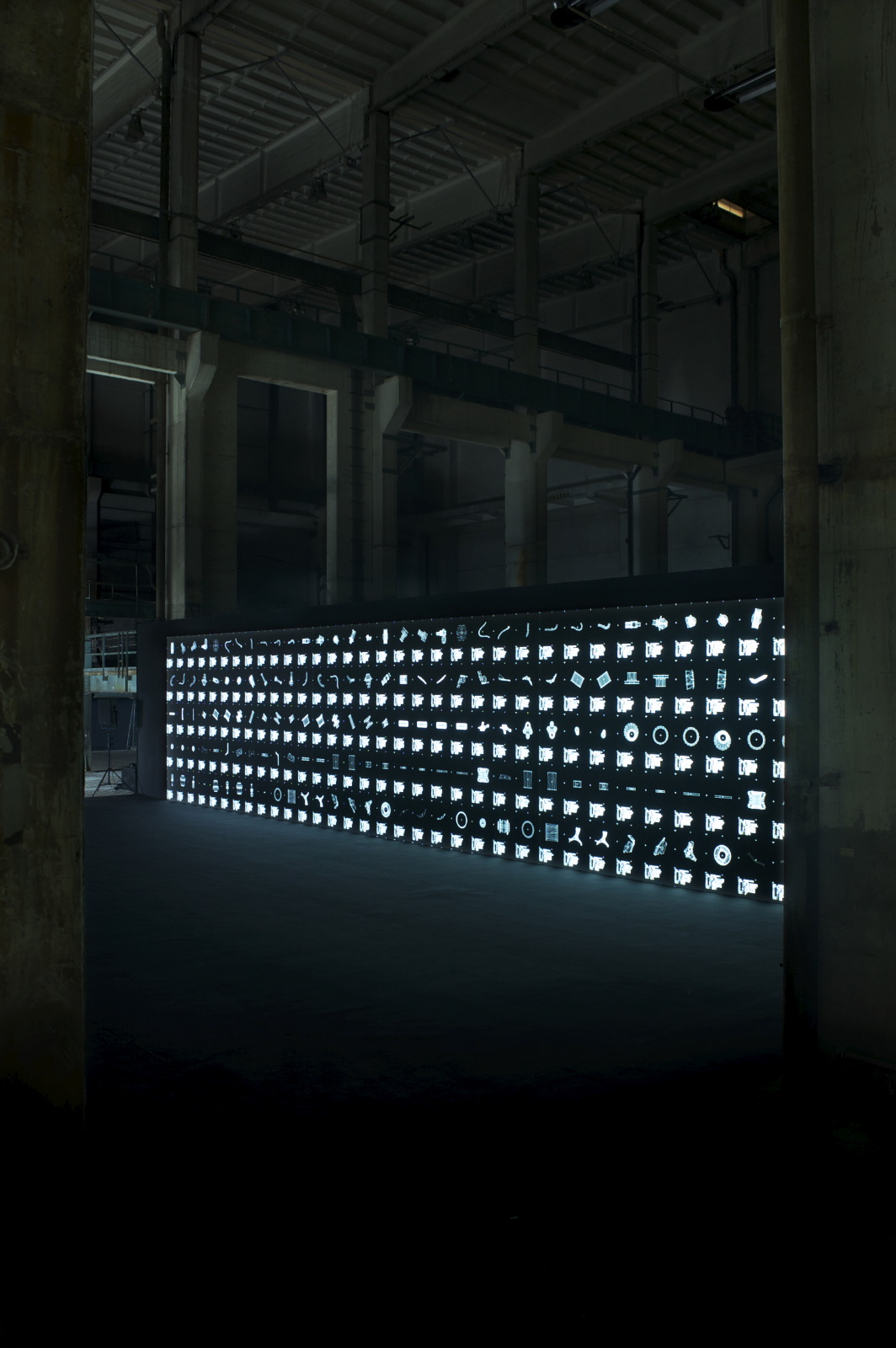 Ikeda analyzed the data and began to compose his work, and it took a year to complete the project

The idea behind the project is a simple one: Honda gave celebrated digital composer and artist, Ryoji Ikeda, the entire CAD data of the new Civic, who in turn translated this into a 12-minute video work.

Screened by three high-definition projectors on to a bespoke 20 meter by 4 meter wall in MUMA (Kraftwerk), the impressive former power station turned exhibition space and techno bar tucked away in the edgy streets of East Berlin, no doubt heightening the sensory experience on the exhibition's opening night.

Sitting passively in front of the big screen you cannot help but let yourself be submerged into Ikeda's world. There is a certain beauty in its delicate patterns of technical line drawings, the way you can half make out the birth of various components; how it takes you on an abstract journey into the soul of a car. Acoustically, Ikeda's music, with its hypnotic repetitive beat, adds to the feeling of being in another world, out in space.

In the initial phase of the project Ikeda worked closely with the Civic's development leader Mitsuru Kariya. He says he felt honored to be given access to such data. "It is confidential and top secret like a CIA file," muses the artist for which, he admits, he felt huge responsibility.

Then came the complex task of translating it all into visual and audio form. "When I saw the data I felt like a microcosm - it is so detailed," he confesses. "It took over four years to build this car. I had to respect what they do."

Working with a team of five architects and computer programmers at his studios in Paris and Tokyo, Ikeda analyzed the data and began to compose his work, and it took a year to complete the project.

Ikeda insists he worked with the entire data and that every single car part is used in the installation. He jokes that he even took a crash course in car construction. "I knew what the data meant. You are watching entire parts but the frame set is so fast your brain cannot make them out."

Ikeda has also composed the music that accompanies data.anatomy[civic]. Asked if the sound triggered the music or the music the sound, he notes that the process was essentially democratic. "The colors, frequencies, music - all come together. It is mostly a mathematical operation."

The artist draws similarities between the car and the human saying: "A Civic consists of thousands and thousands of tiny parts. It is like a human being - there are so many organs in it - and that inspired me."

Much of Ikeda's work to date has been about visualizing data - subject matters include NASA. He admits, though, that this time it was more complex. "It was the little things - the tyre, the wing - having to translate all this data into my computer language first. They are all three-dimensional figures."

Many will no doubt raise questions on the authenticity of art that is sponsored so clearly by a corporation. And in many ways a work of art about a car, sponsored by the makers of that car, cannot escape from being a form of subtle advertising.

This aside, data.anatomy[civic] is ultimately a celebration of the technical complexities of the car, a salute to data, mathematics, science and engineering: "It is pure information. This is very abstract - a pure mathematical model."

Working with this medium makes complete sense to Ikeda. "This is very contemporary technology and I am doing contemporary art," he says. "I'm not doing paintings and it is therefore very natural to use this technology." On a final note, Ikeda shows his admiration for the Honda team who have created "a substantial and functional product," as he puts it. "I'm making art, which is useless but to be enjoyed. You can't find meaning. You can say its enjoyable, boring or whatever - it is just art."