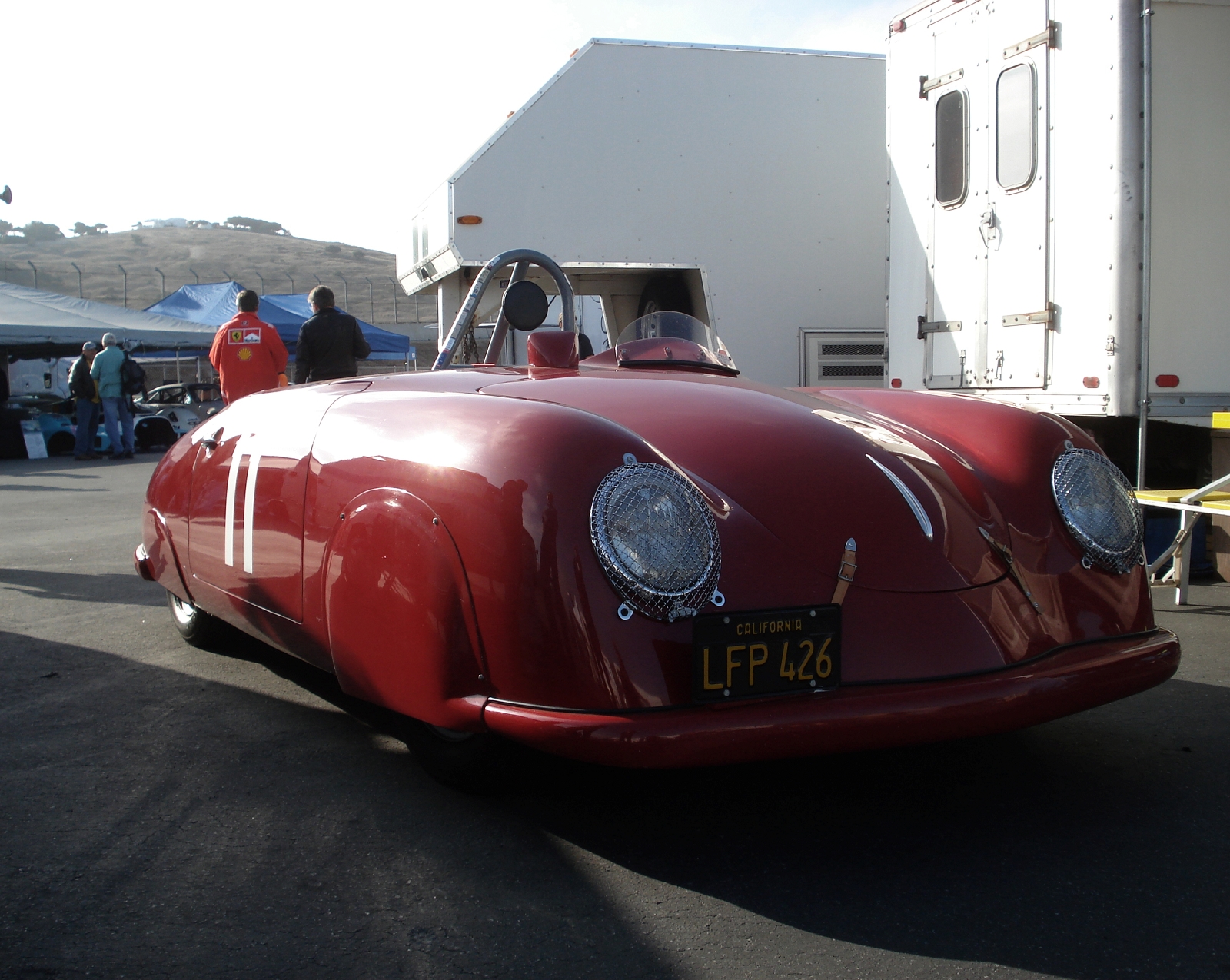 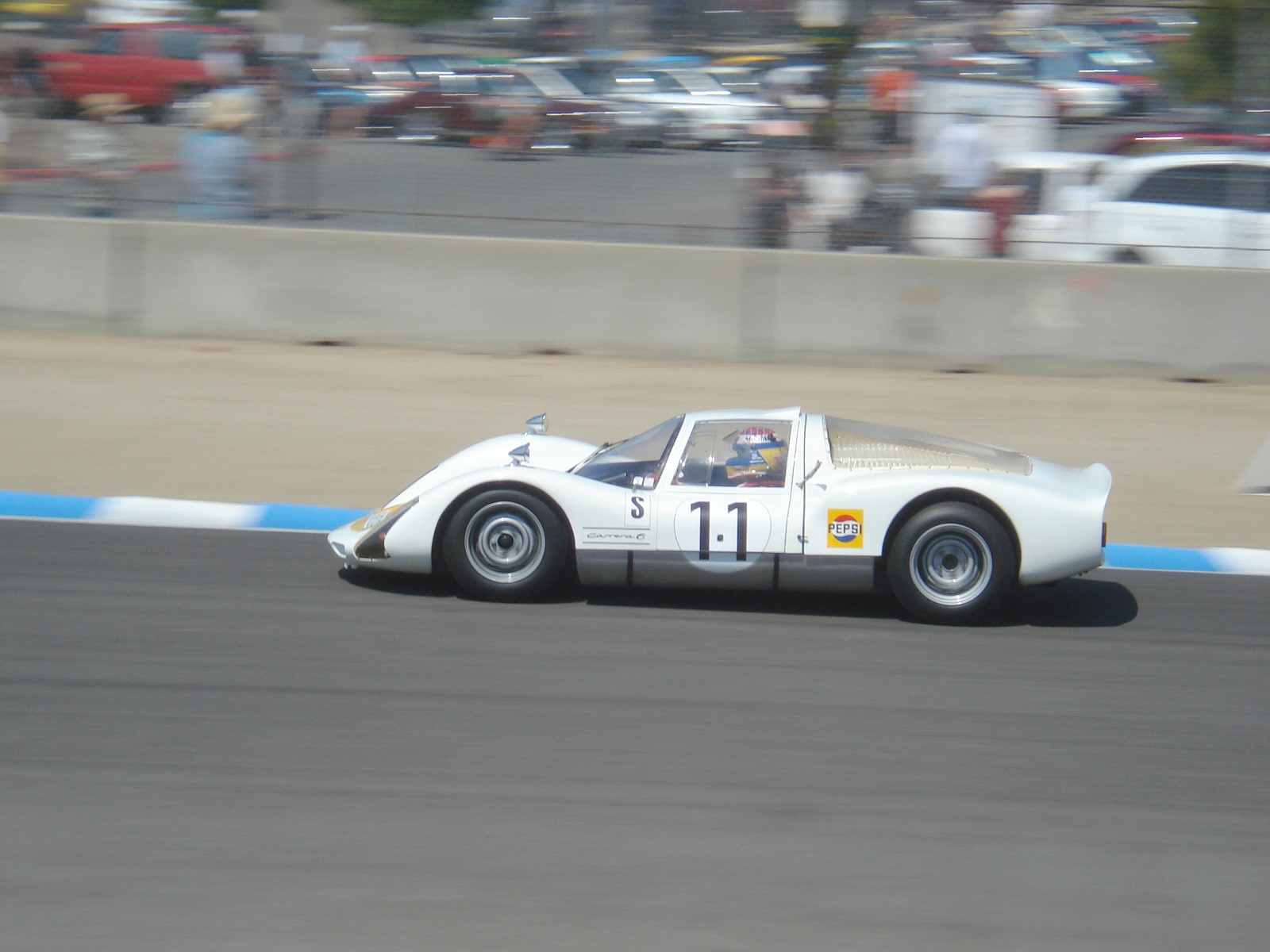 Porsche Carrera 6 on the track at Laguna Seca 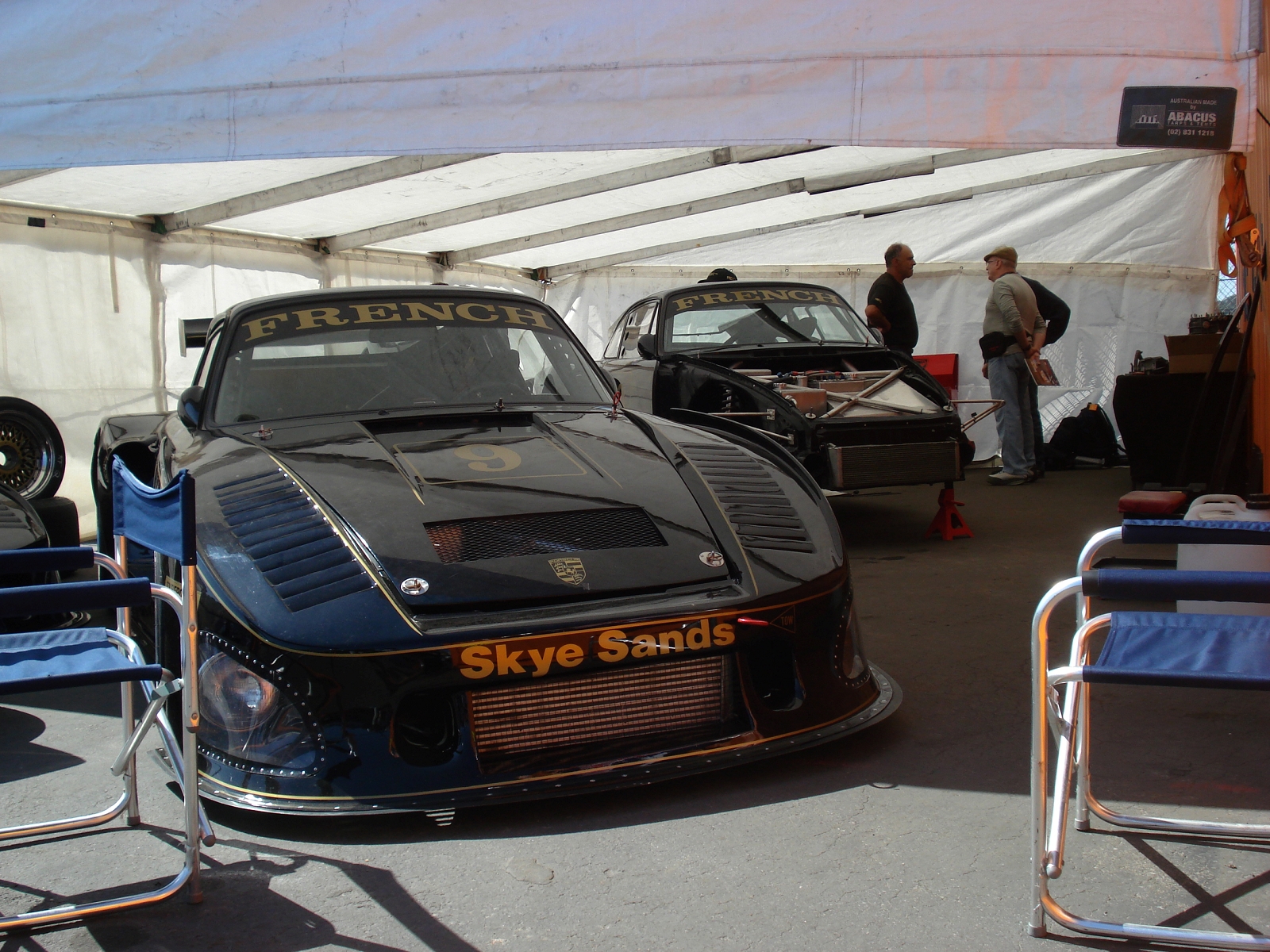 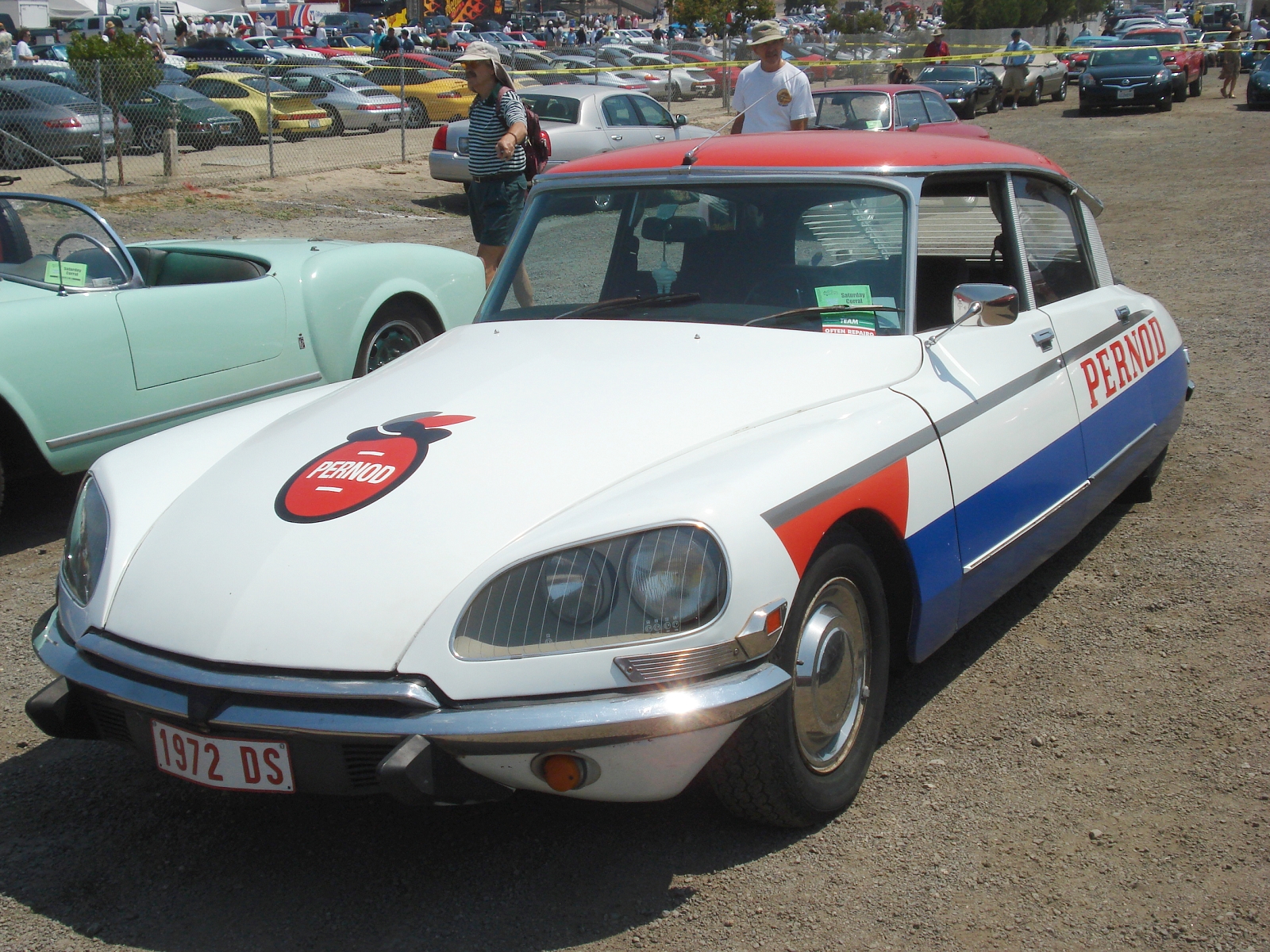 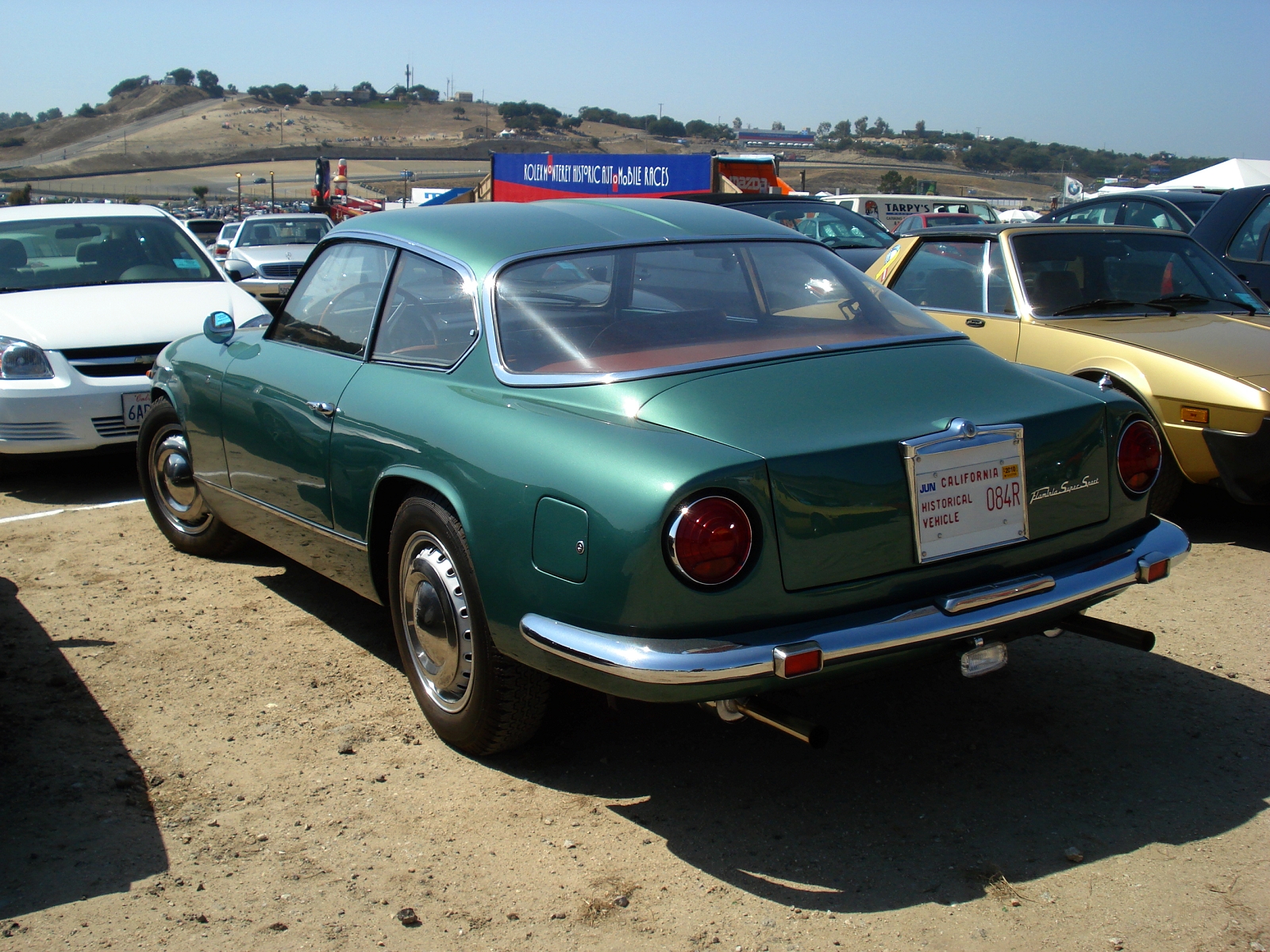 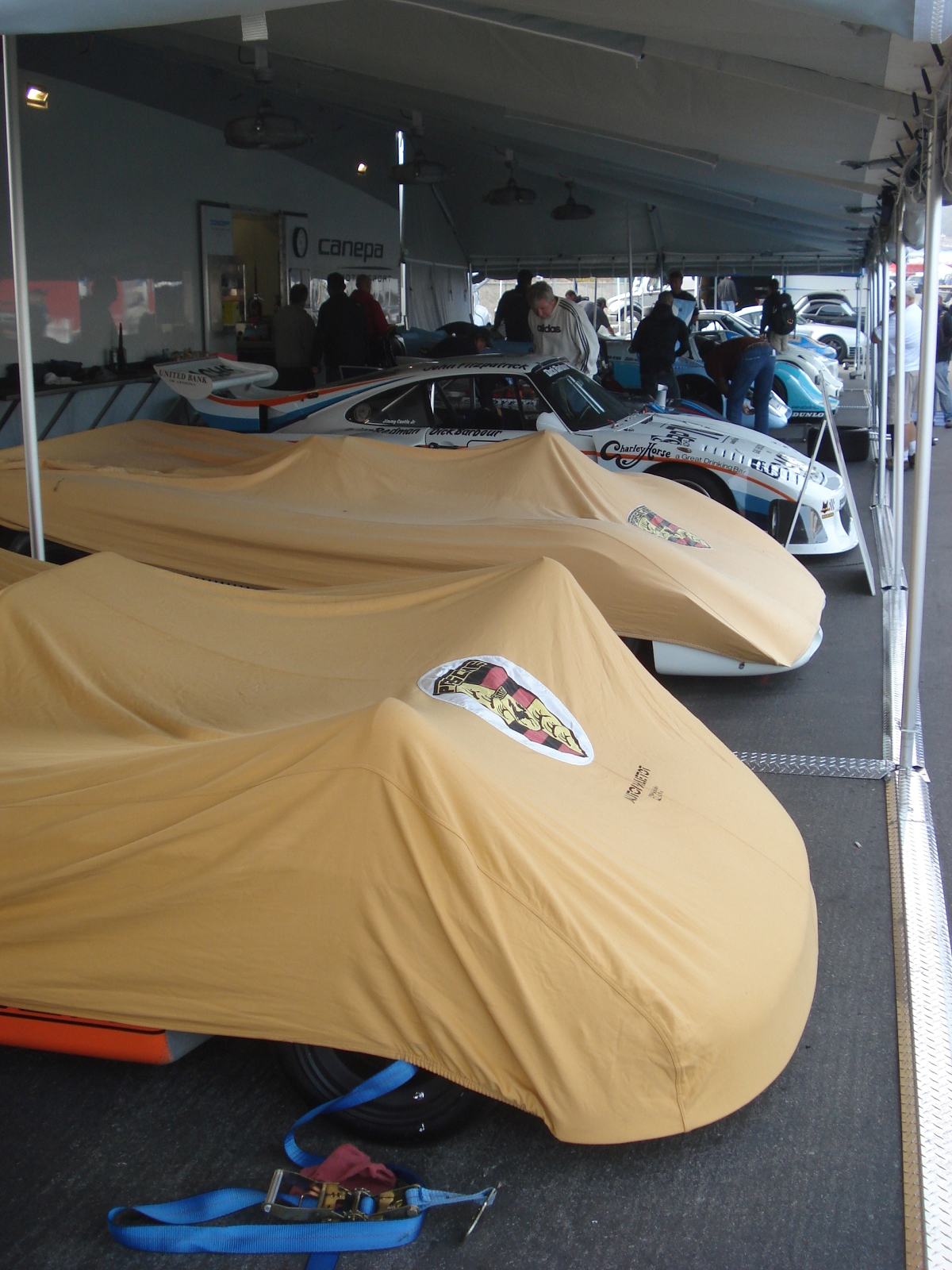 Saturday morning calls for an early start. As is common around these parts, the morning is overcast, cool, and damp with a blanket of marine layer which will burn off before long. The local Starbucks are hosting impromptu car shows of the finest metal as everyone tries to brush off last night's one too many pints with a fresh cup of coffee. This is traditionally the day where everyone flocks to Laguna Seca Raceway to watch one of the three days of vintage racing held over the weekend. It's best to arrive early in order to enjoy the paddock before the masses arrive by mid-morning. In some cases, the cars are still clothed in their night time car covers and only reveal a hint of bodywork here and there, always enough to immediately guess which is which. 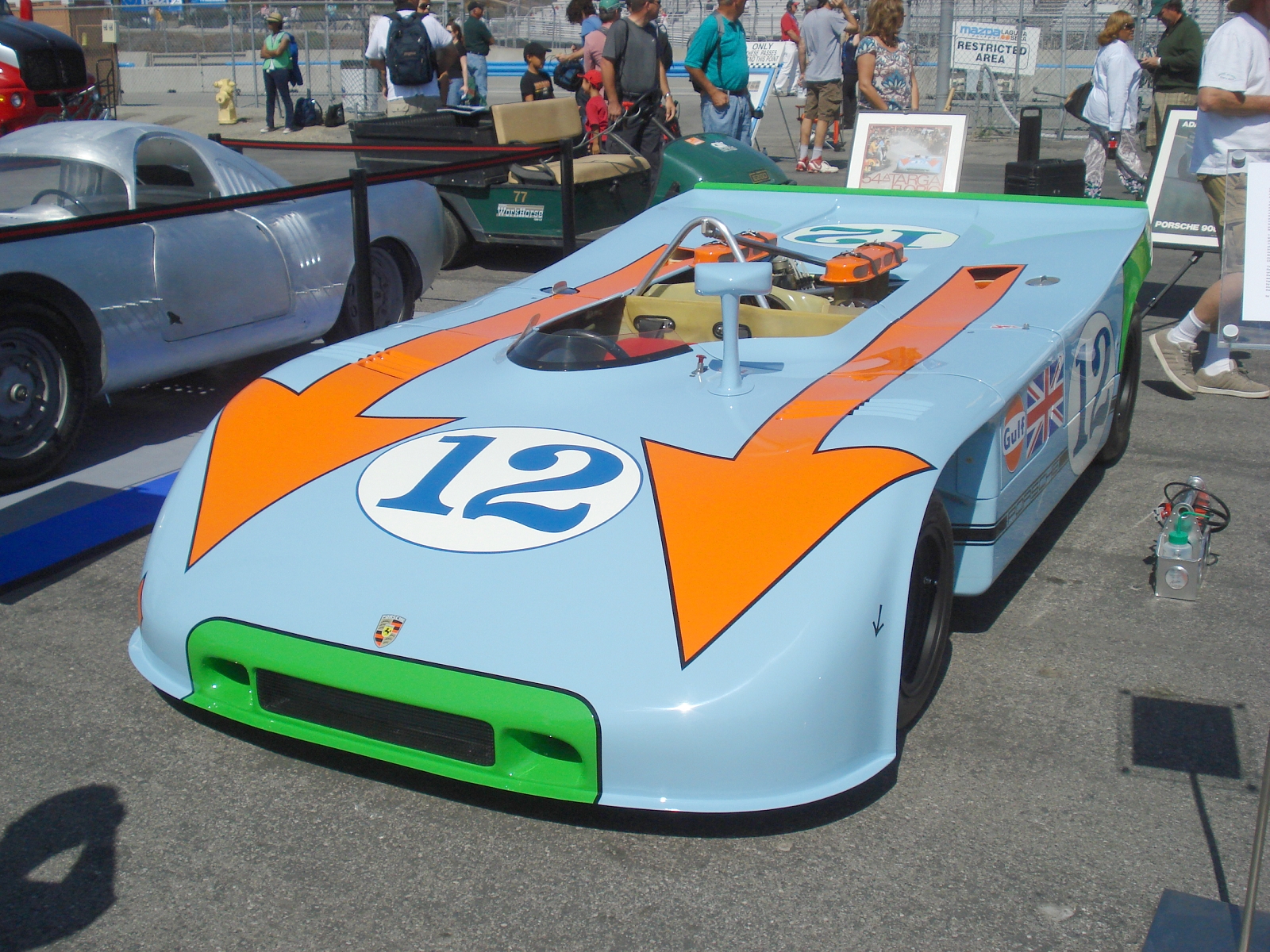 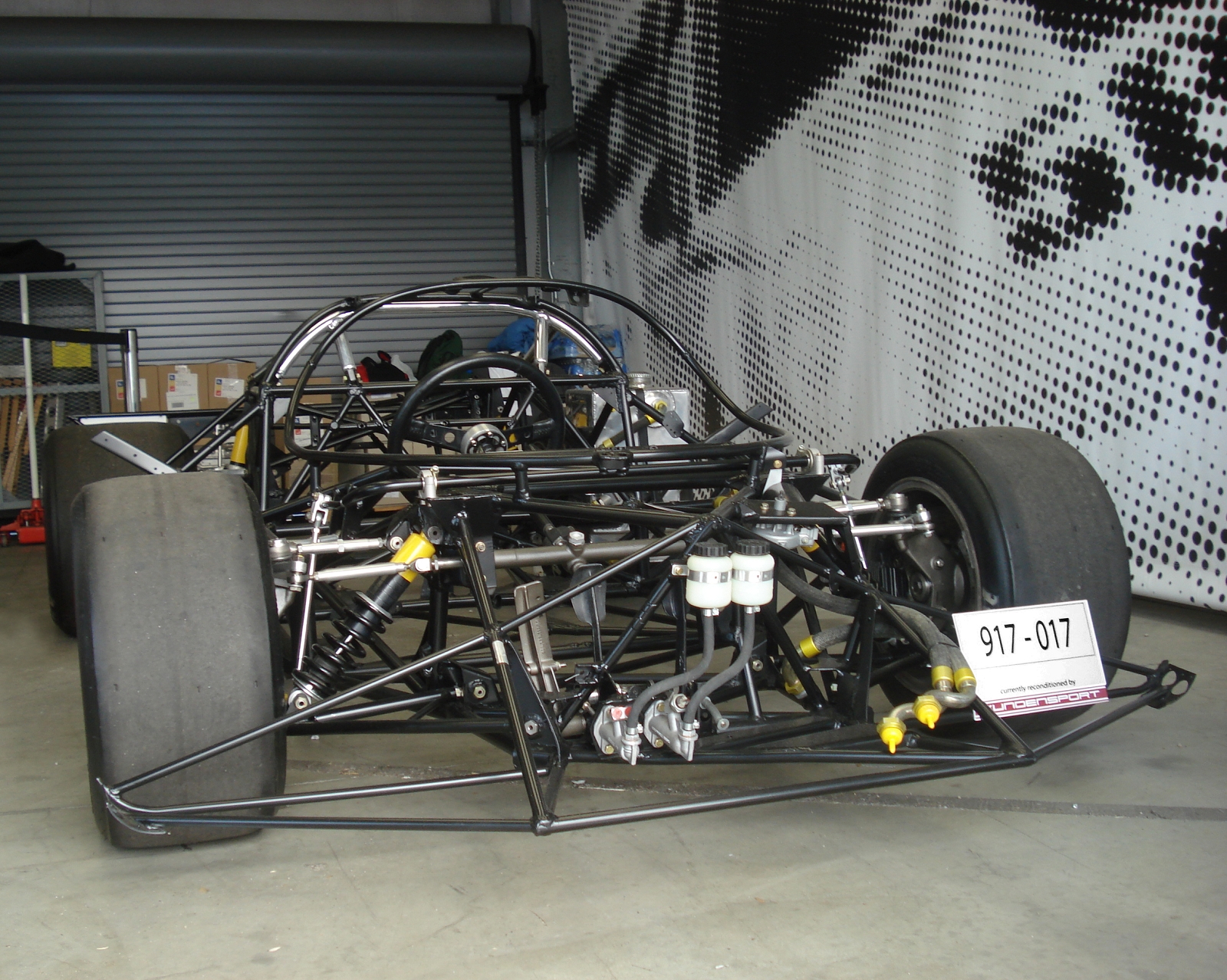 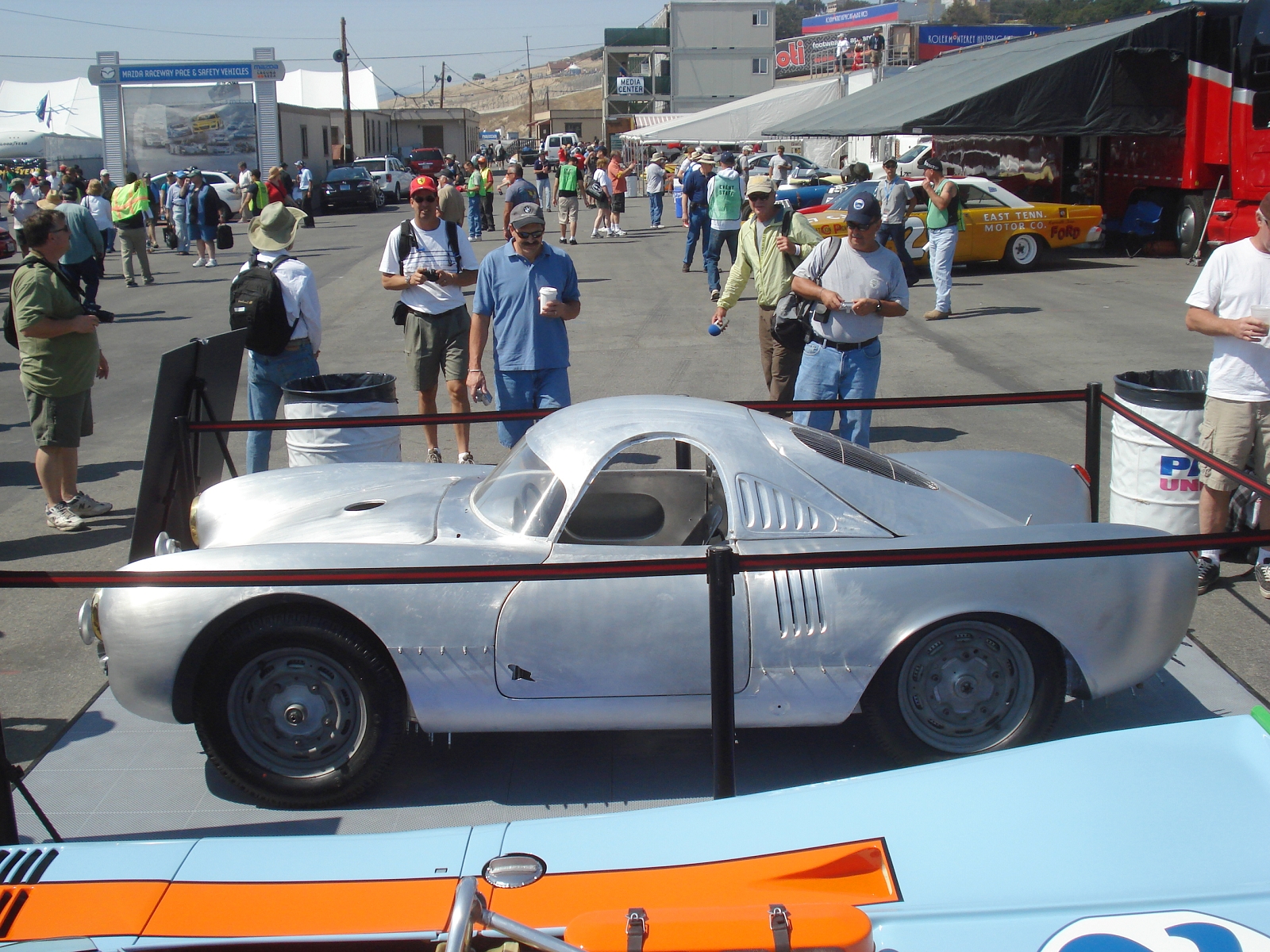 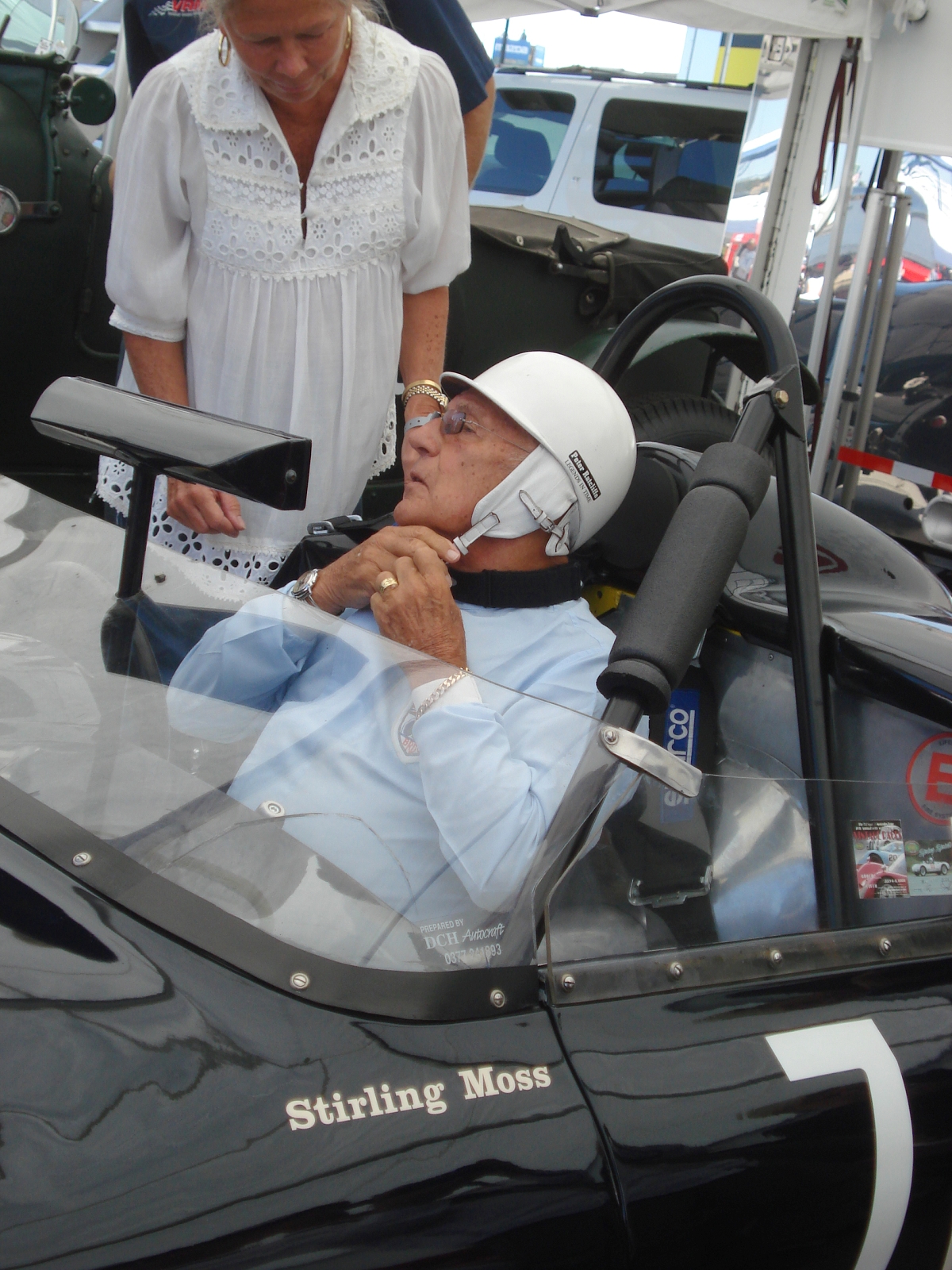 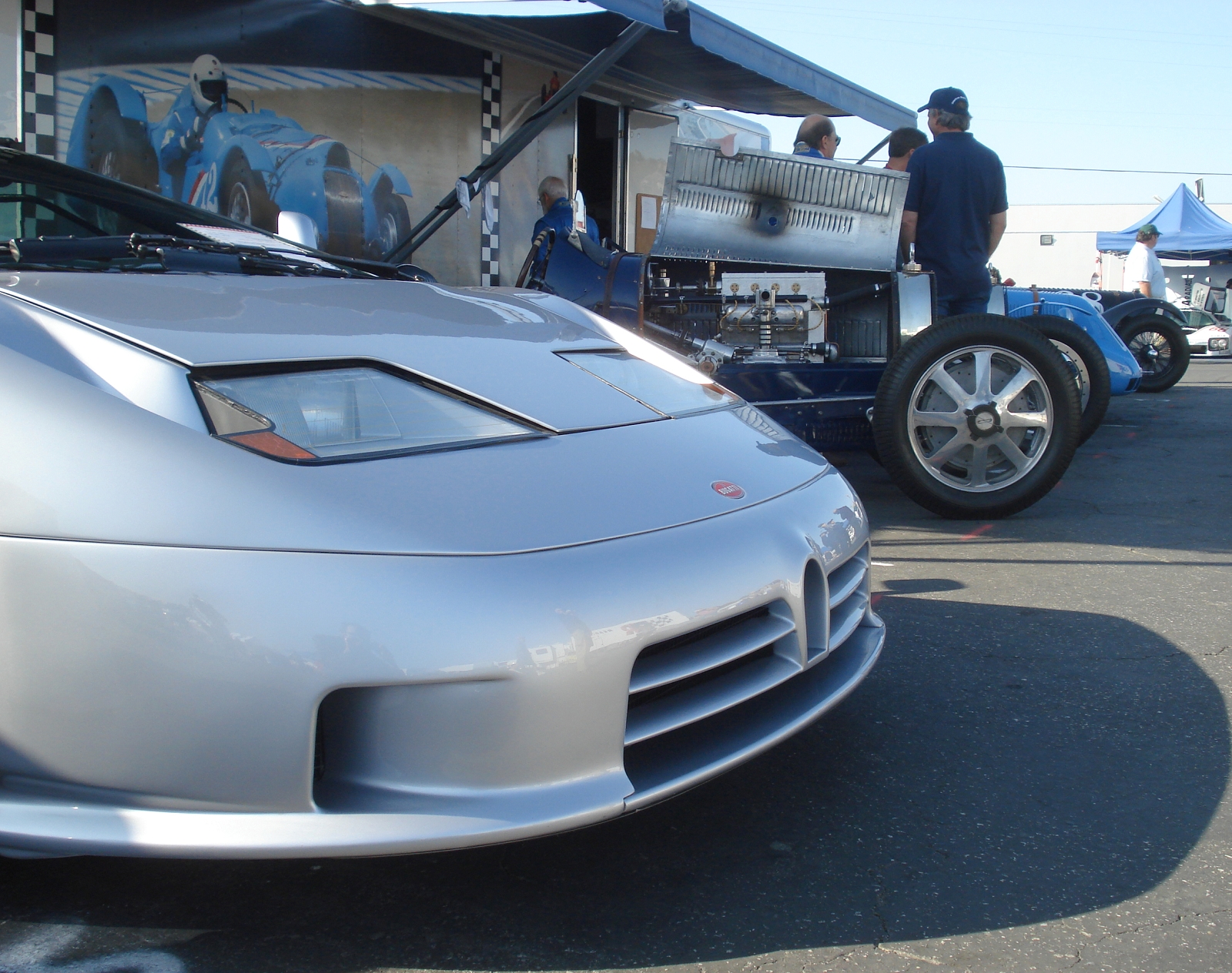 This year's featured marque is Porsche, and in total some 147 racing examples of the brand are present, having been flown in from all corners of the world. As every year, the large contingent of cars invited to participate at Monterey Historics has been split into two separate run groups which will take to the track on Saturday or Sunday. Each day's mix always offers a great range of cars from the dawn of the twentieth century up to the 80s and 90s. Saturday is no exception. It begins with a selection of antique machinery from 1904 - 1940 ‘Sporting Cars' and will conclude with fire belching 1981 - 1990 FIA Manufacturer's Championship and IMSA GTP cars.

Porsche AG has of course sent some of its crown jewels from their new home at the recently opened Porsche Museum. This includes both the Formula 1 and Formula 2 cars, the Hans Herrmann/Richard Attwood 917K winner of the 1970 24Hours of Le Mans, Rothmans' liveried 956s, the 2008 ALMS P2 Porsche Spyder, and a variety of others as well.

The Panamera is here too in force, as it has been given special dispensation from the Mazda-sponsored Laguna Seca Raceway to act as pace car for the weekend. In between sessions it is getting hustled around the track by none other than famed racers Hurley Haywood and David Donohue.  Whether one looks favorably on Weissach's newest offering or not, its performance and handling is another unquestionable example of the German brand's single-minded engineering prowess. Seeing both near 4000 pound behemoths howling through Laguna Seca's famous Turn 8 ‘Corkscrew' without the slightest misstep makes for quite a sight.

Stirling Moss, Brian Redman, and many other greats are here. They split their time between driving duties, autograph sessions, interviews, and are generally available to the public - forever giving back to their legions of fans.

The Monterey Historics is all about extremes in the end. The track and racing paddock are comprised of a fabulous variety, but even more so are the general parking areas. There you can find both small and large car clubs clustered together with some of the most interesting machinery to have been driven (not trailered) to the track. Some are wacky and wonderful, some are simply exquisite parked amongst more ordinary machinery, and some you recognize from years past almost as old friends you haven't seen in some time.

Regardless of which day you to attend, Monterey Historics at Laguna Seca Raceway is always a treat as the entire paddock is accessible and gives everyone a chance to chat with mechanics, famous racing drivers, and owners alike. All cars competing throughout the weekend are present on all three days and can be seen up close and personal like no other time throughout the year.