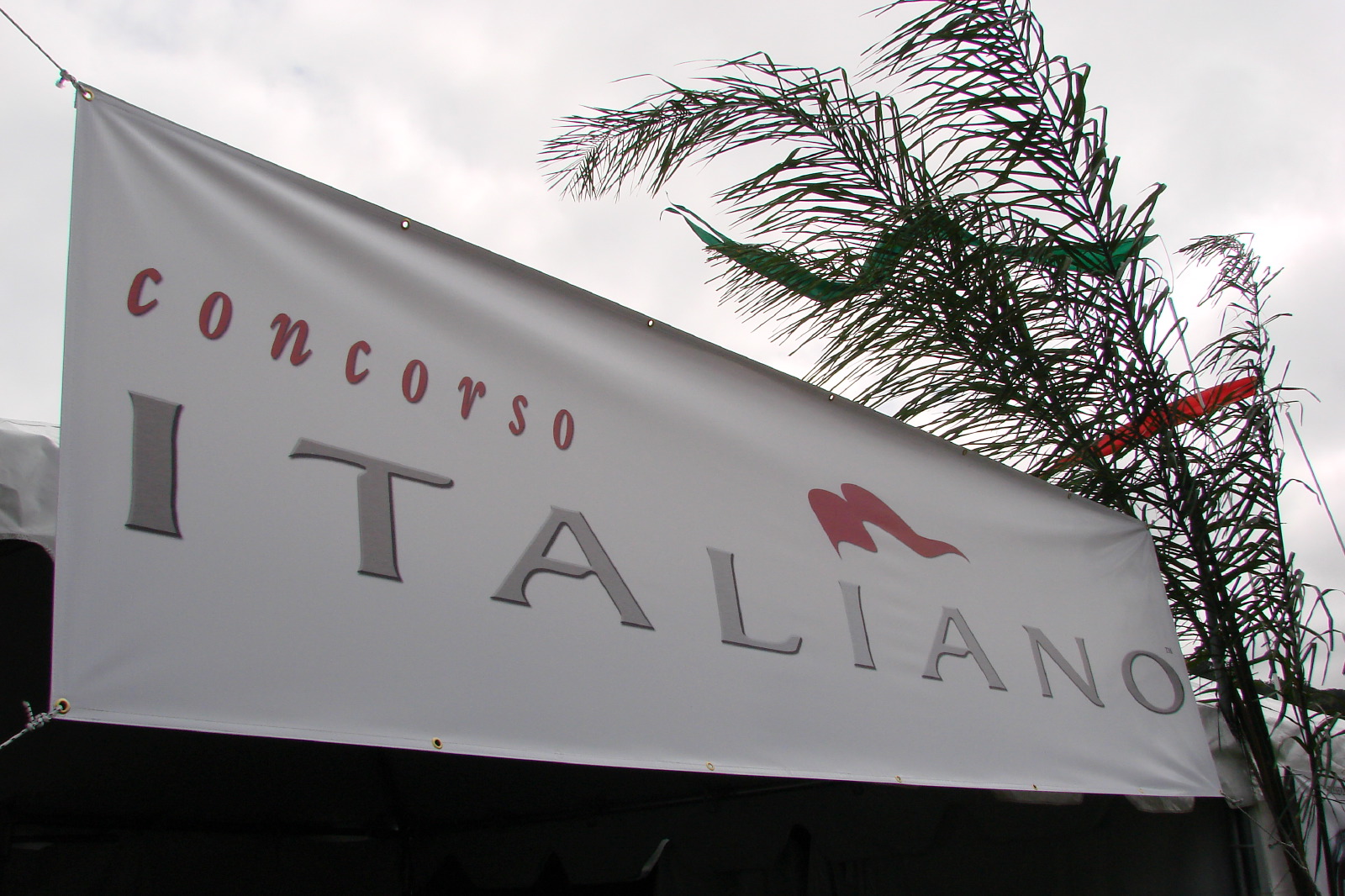 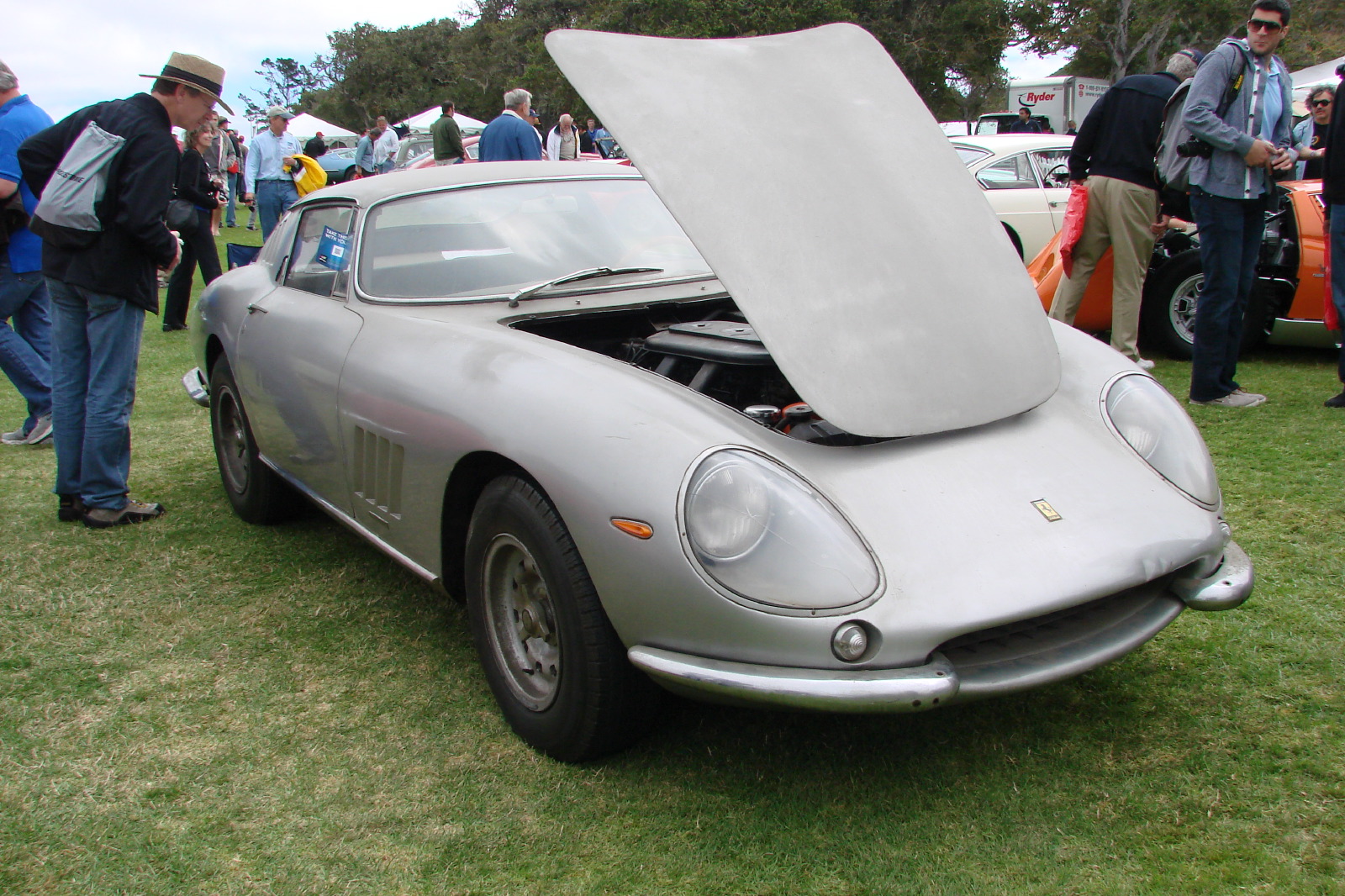 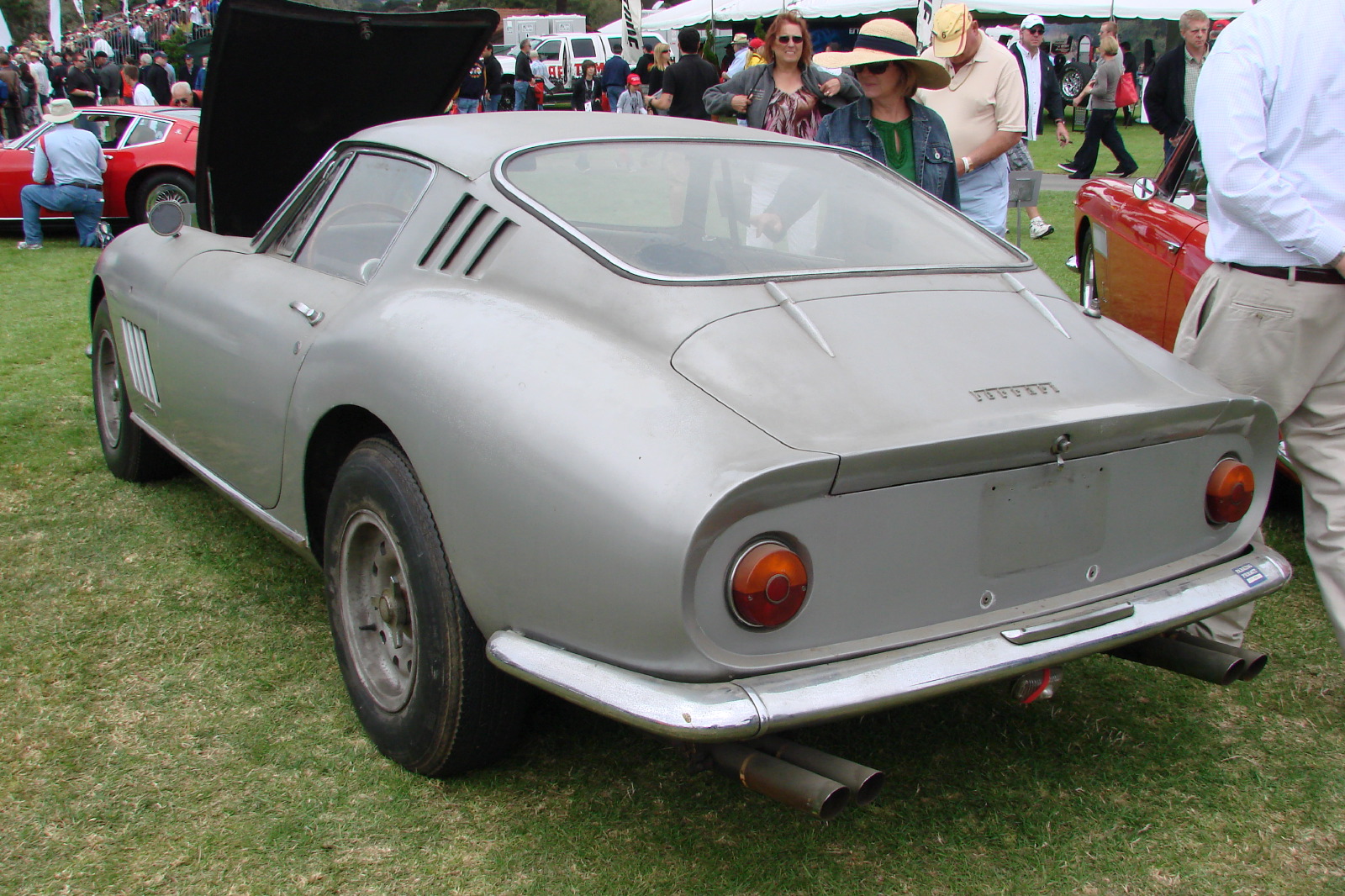 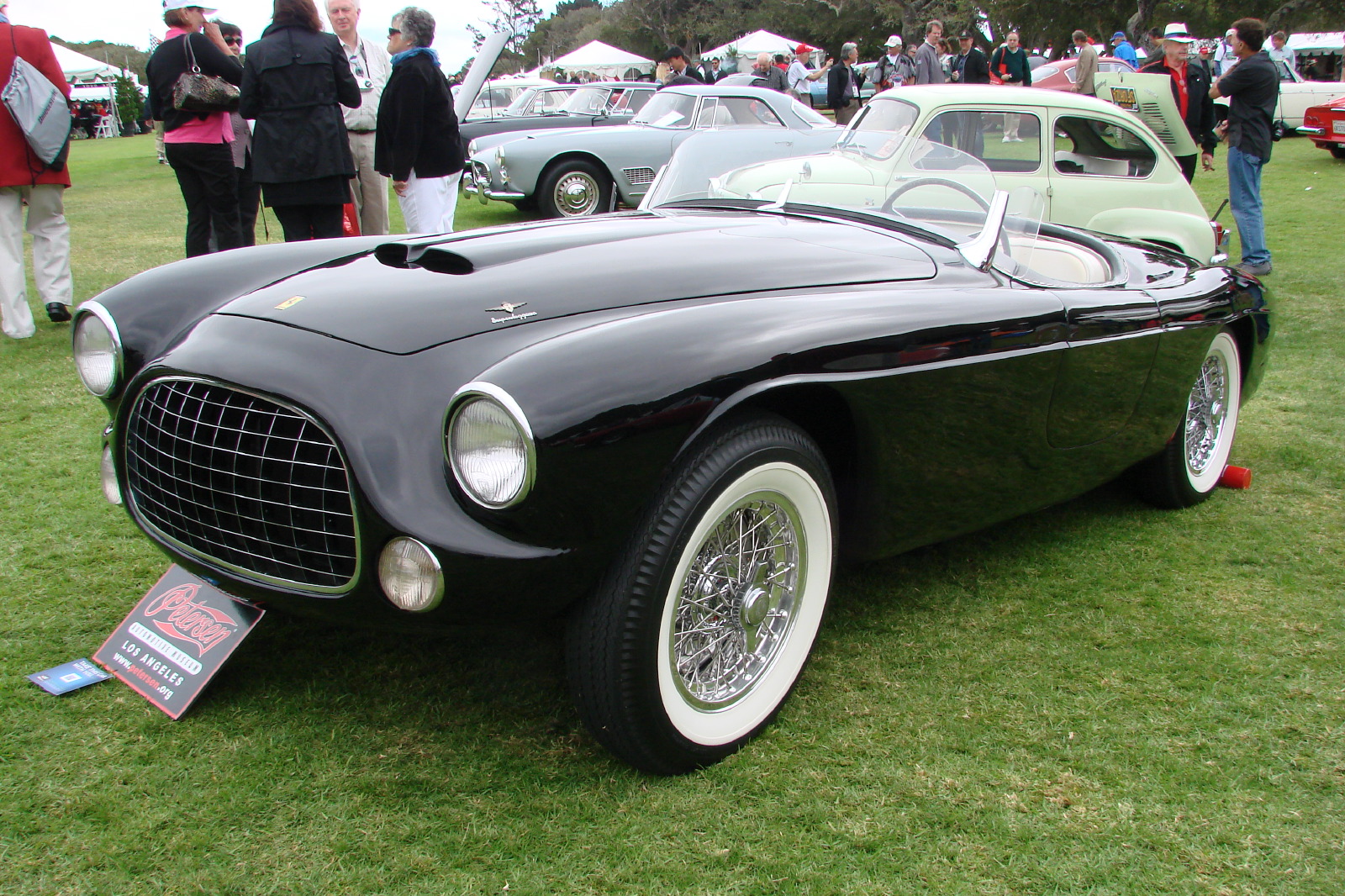 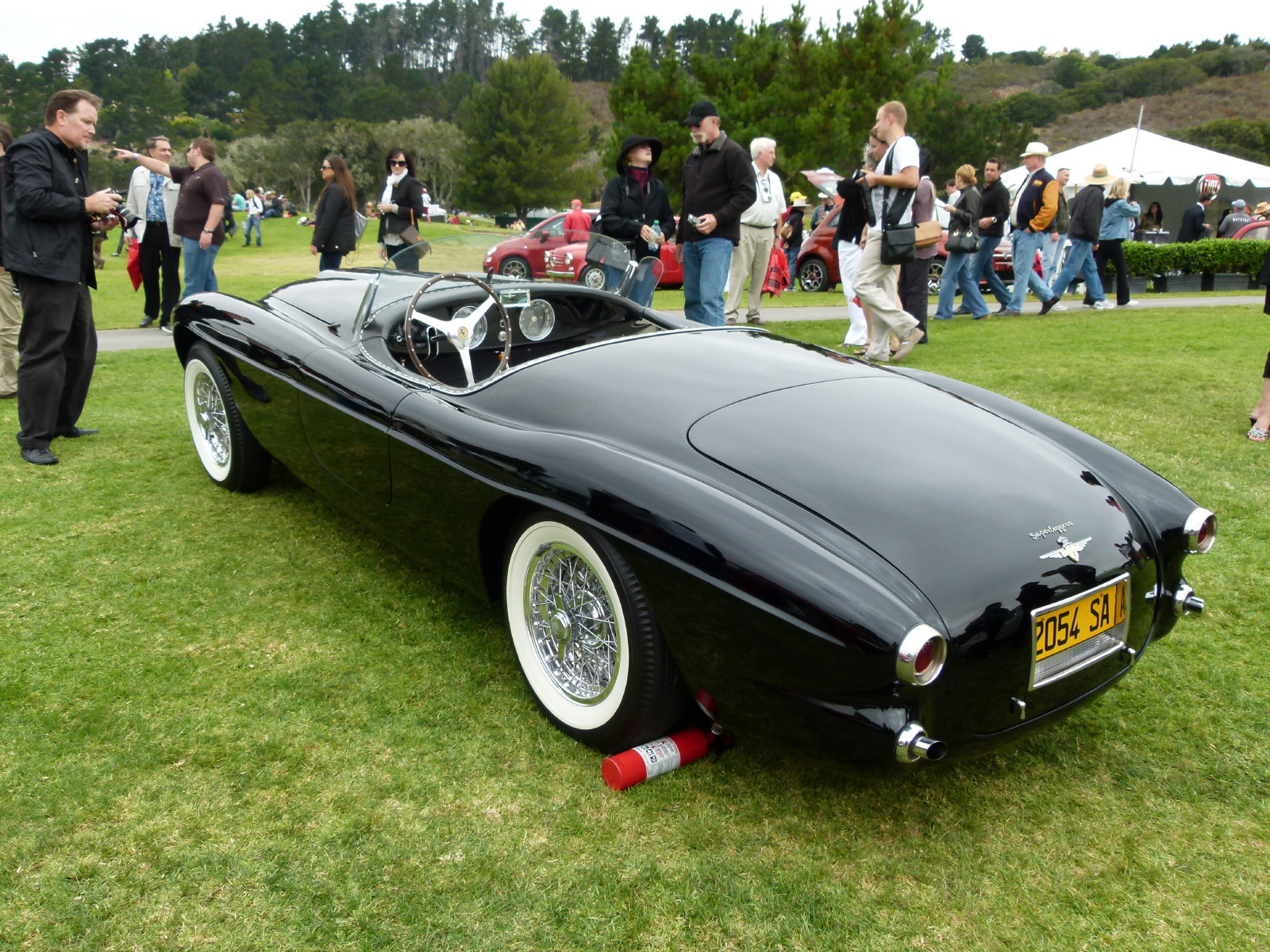 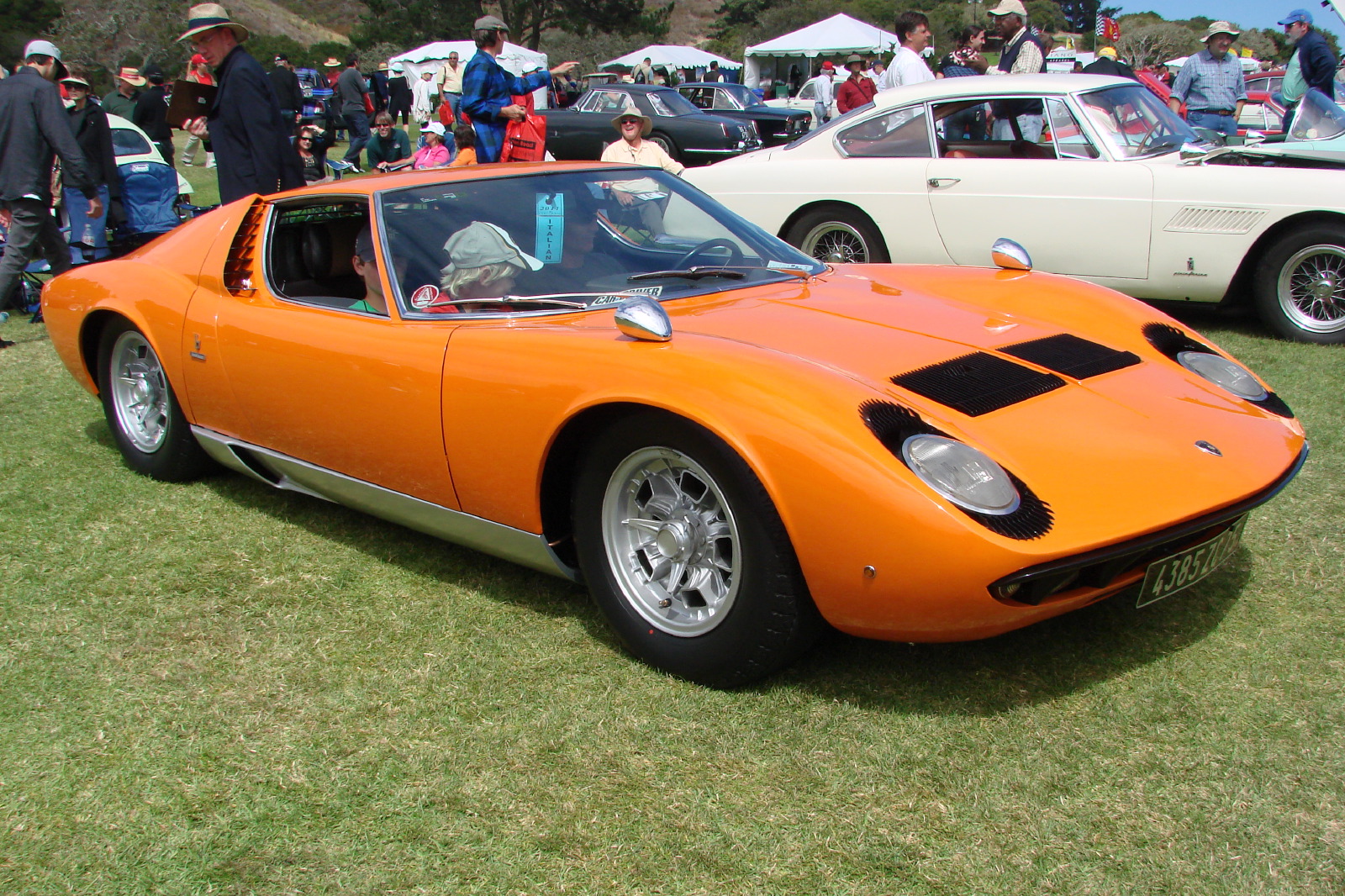 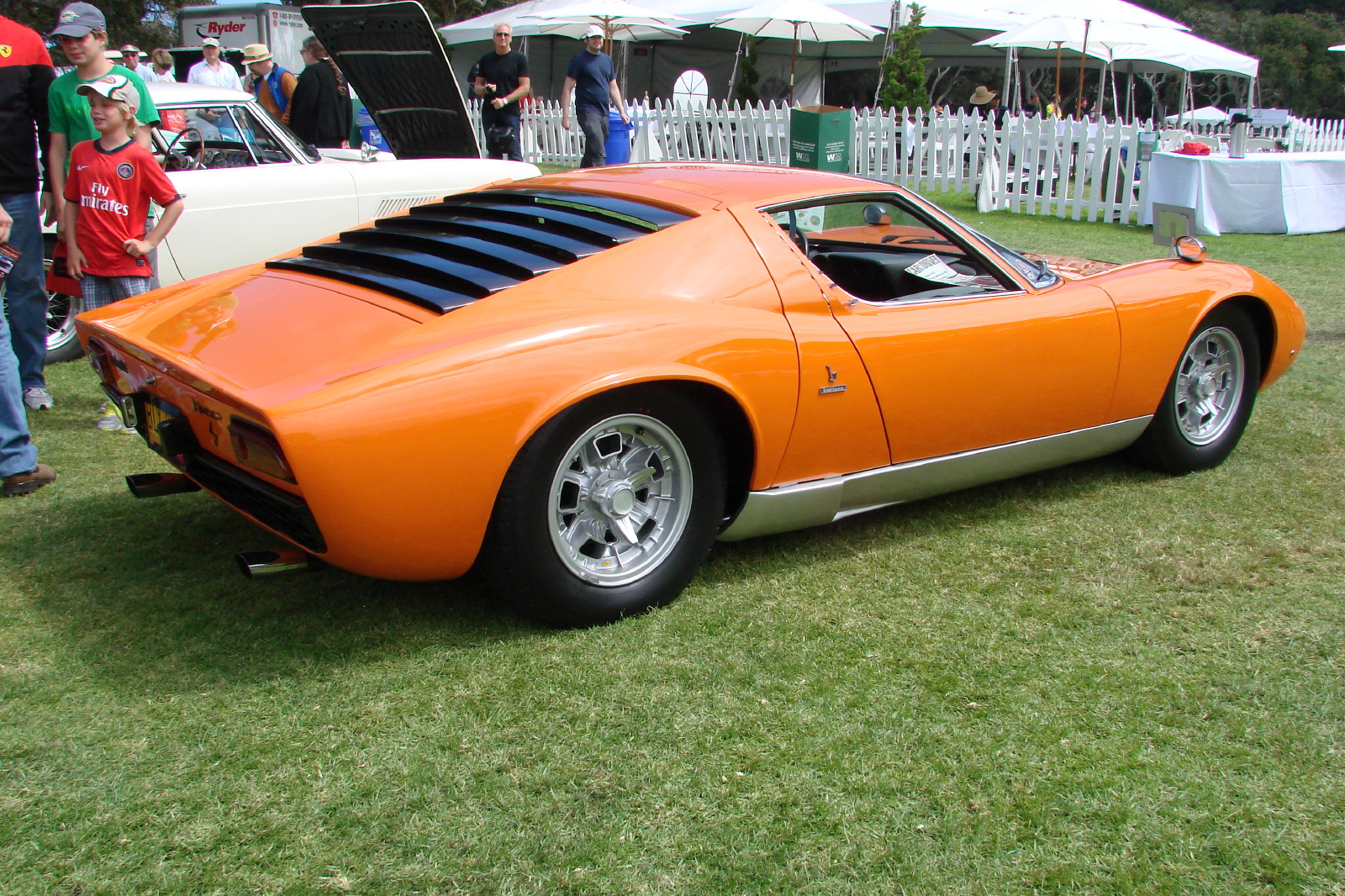 The 26th annual Concorso Italiano at the Laguna Seca Golf Ranch in Monterey, California, was presented by Fiat and sponsored by Maserati. Over 7000 visitors attended to view over 1500 car entries in a very elegant, leisurely atmosphere with perfect mid-summer weather conditions.

This year featured a new category created by the organizers called ‘Originals and Barn Finds'. It celebrates what most auto enthusiasts dream about; the chance occasion of finding a well preserved, original classic, in an old barn, hidden in storage, or just through word of mouth. This category is controversial, but definitely increasing in popularity. Is it ethical to tear down and restore a perfectly preserved original? Is an original Rembrandt more valuable today than one that was ‘preserved' 100 years ago? What is Refurbished, vs Restored? Money buys a lot, but ‘original' can't be created with wealth. 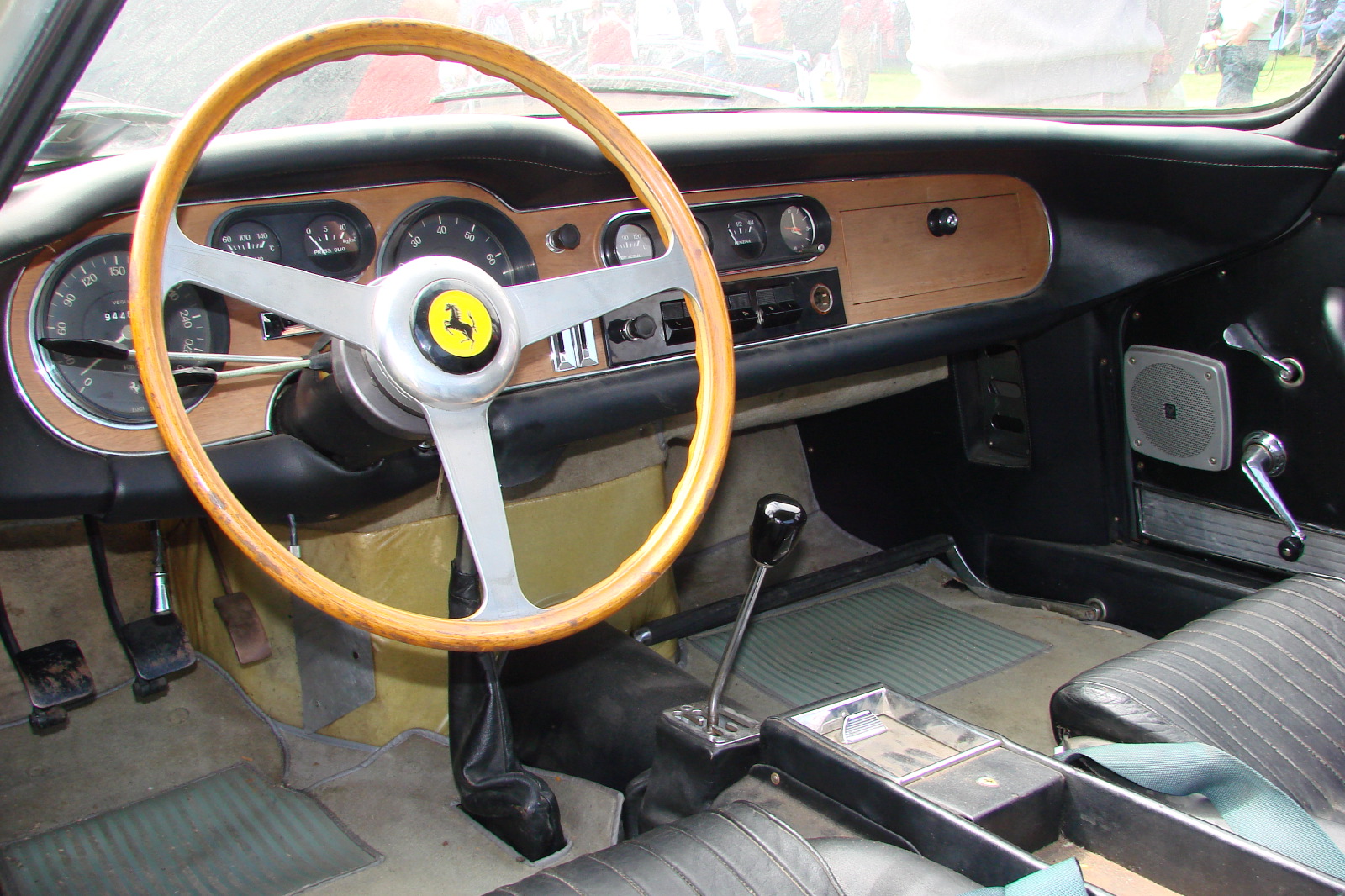 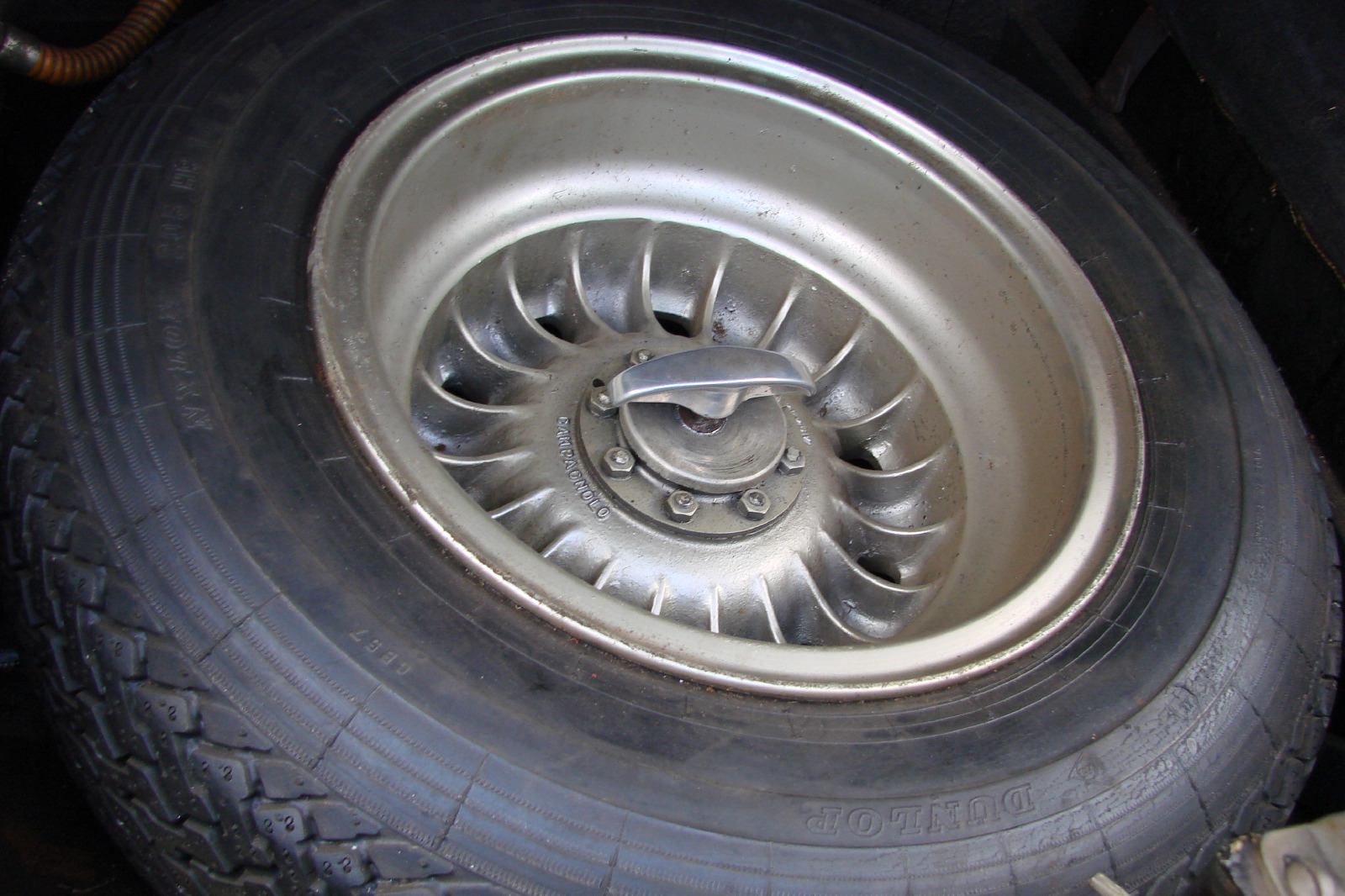 ...as well as the original spare wheel 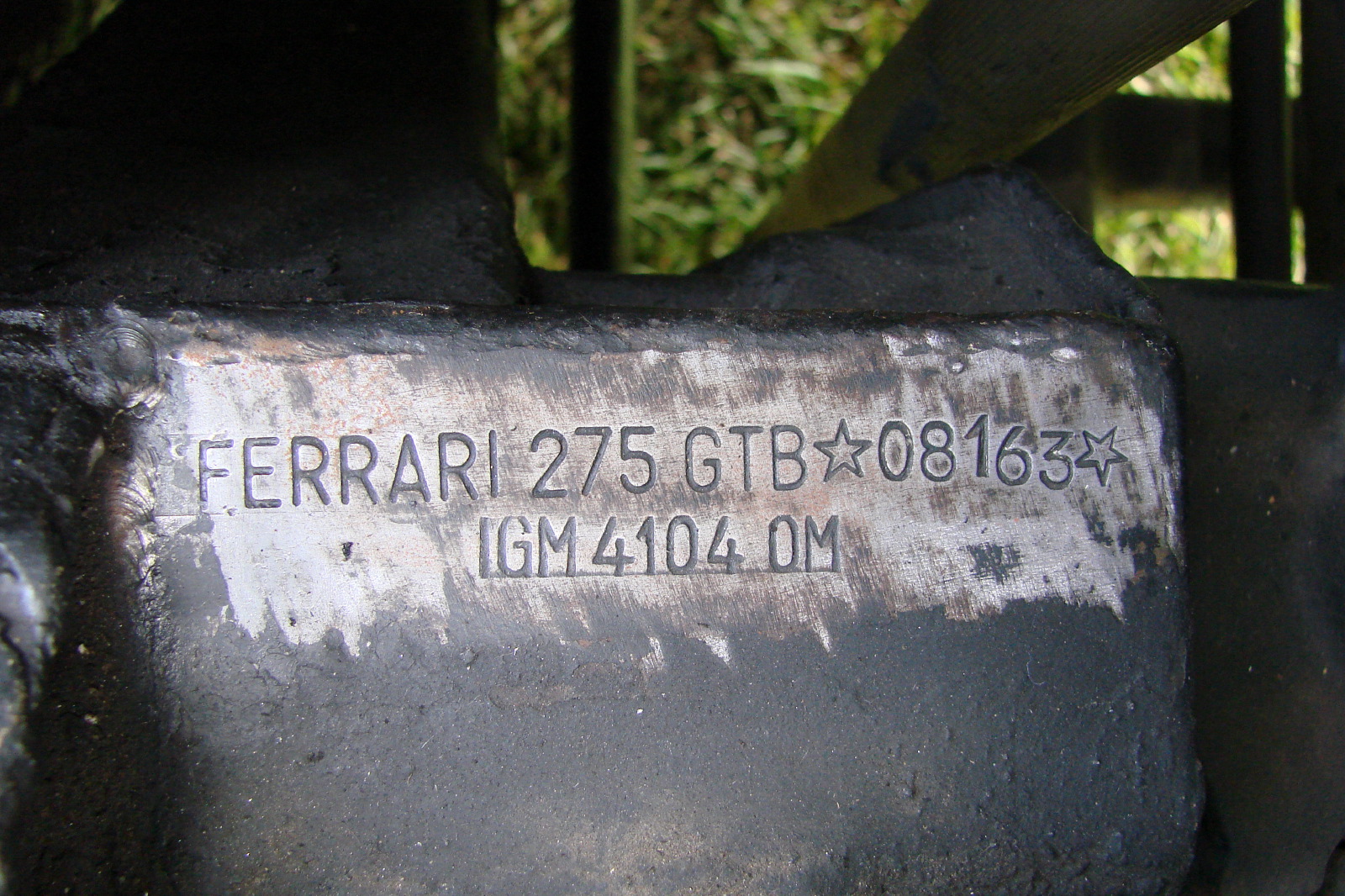 Matching numbers attest to the originality 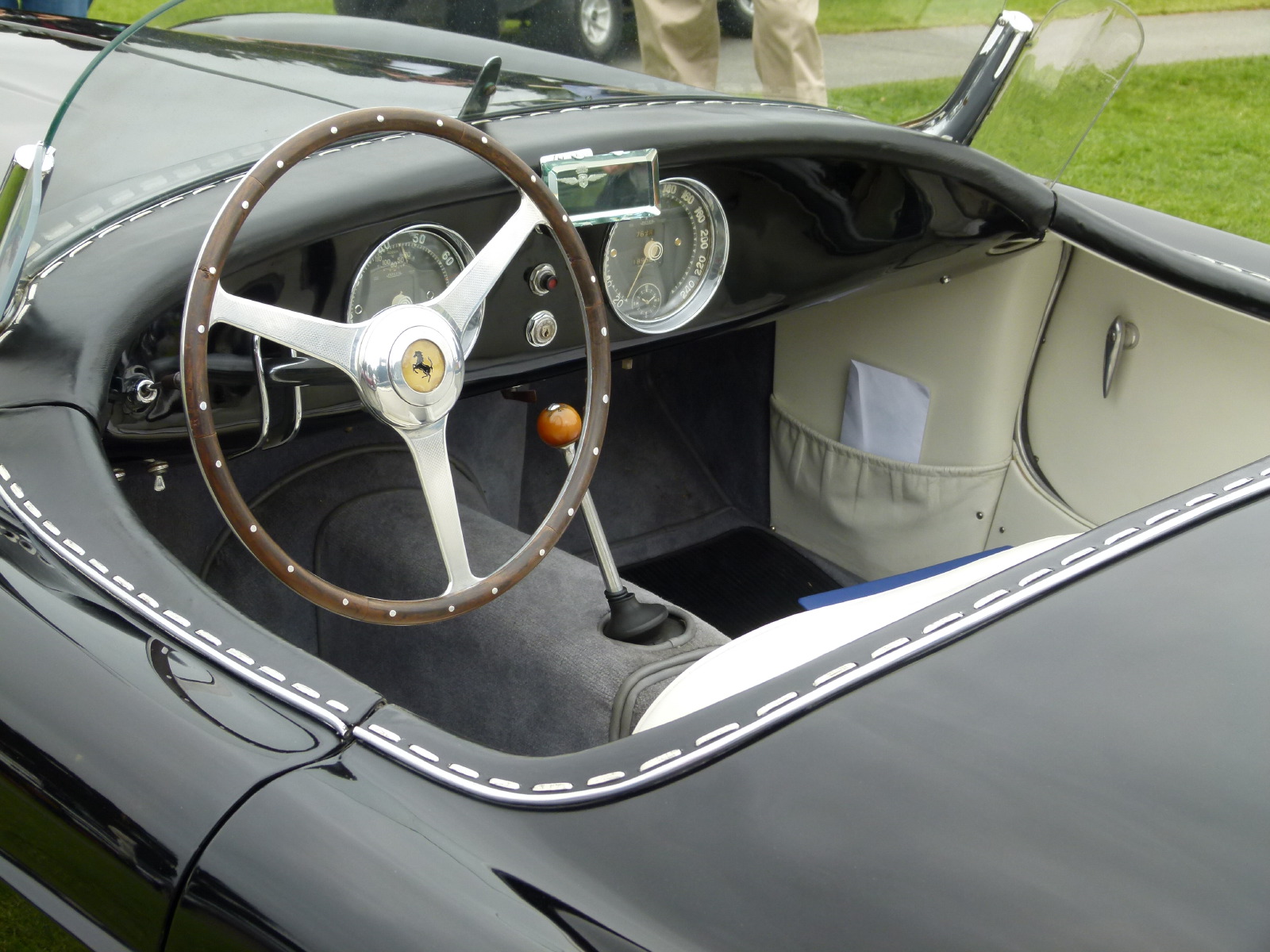 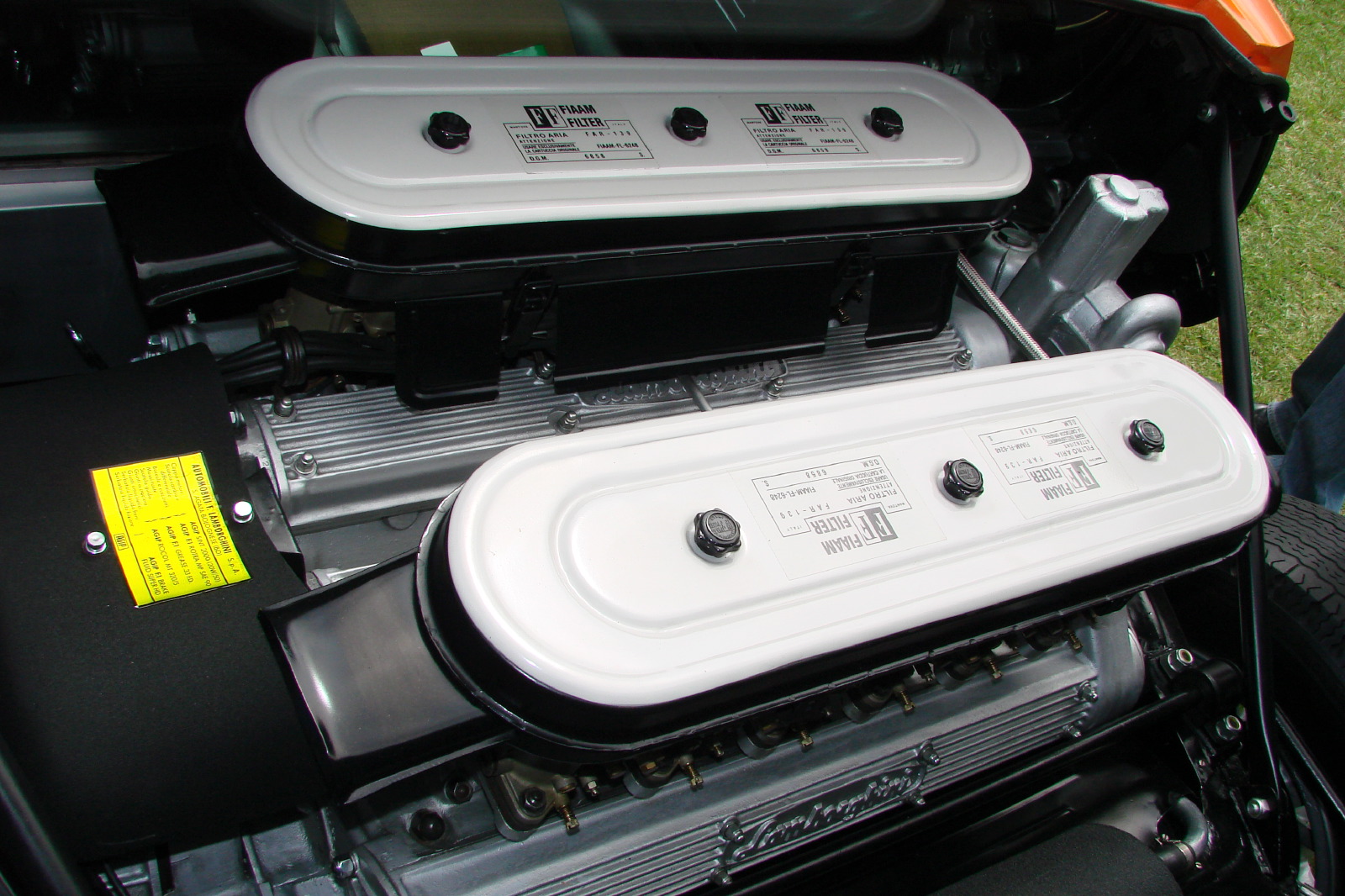 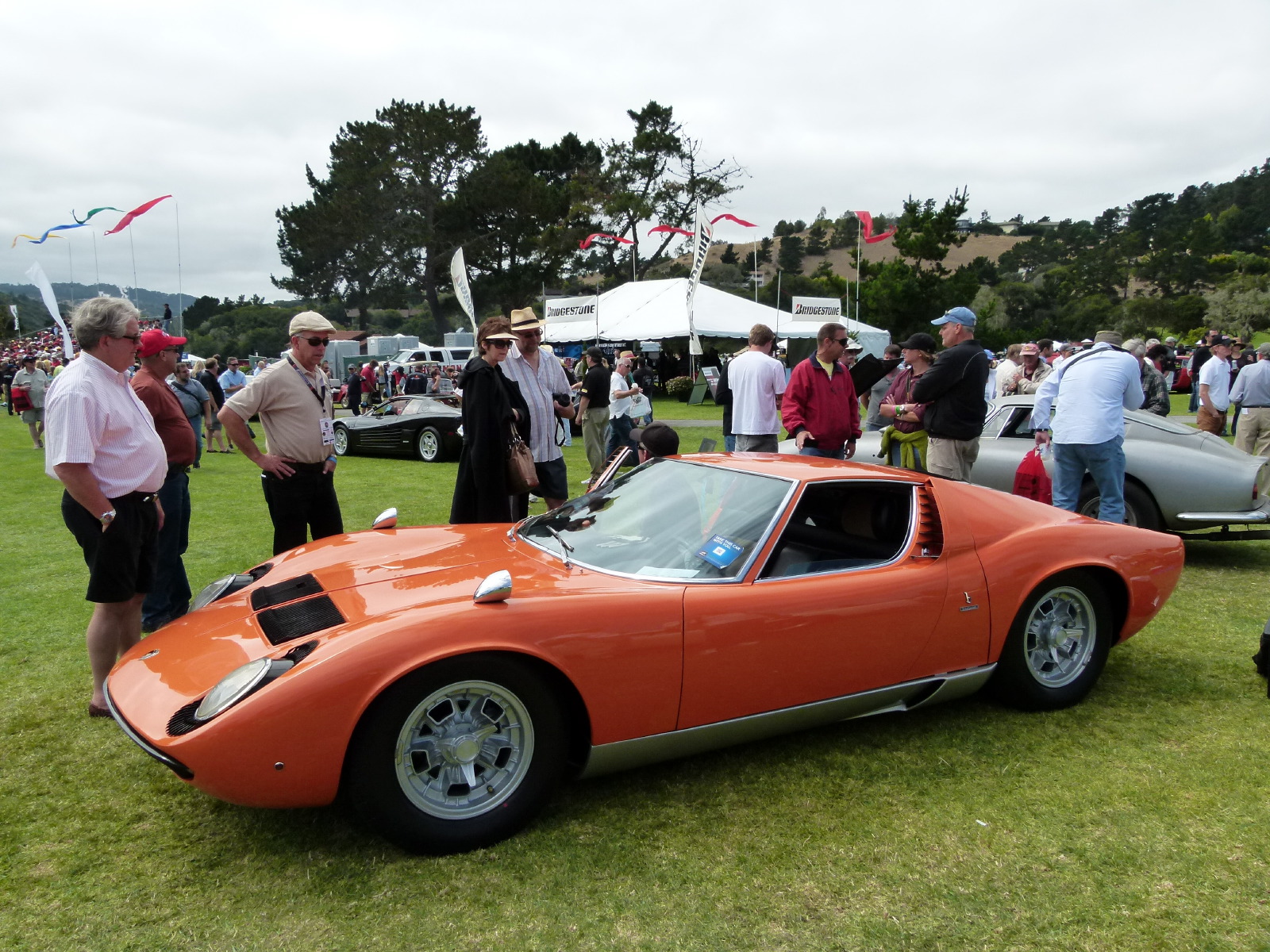 Condition of Miura leads many to believe it has been restored 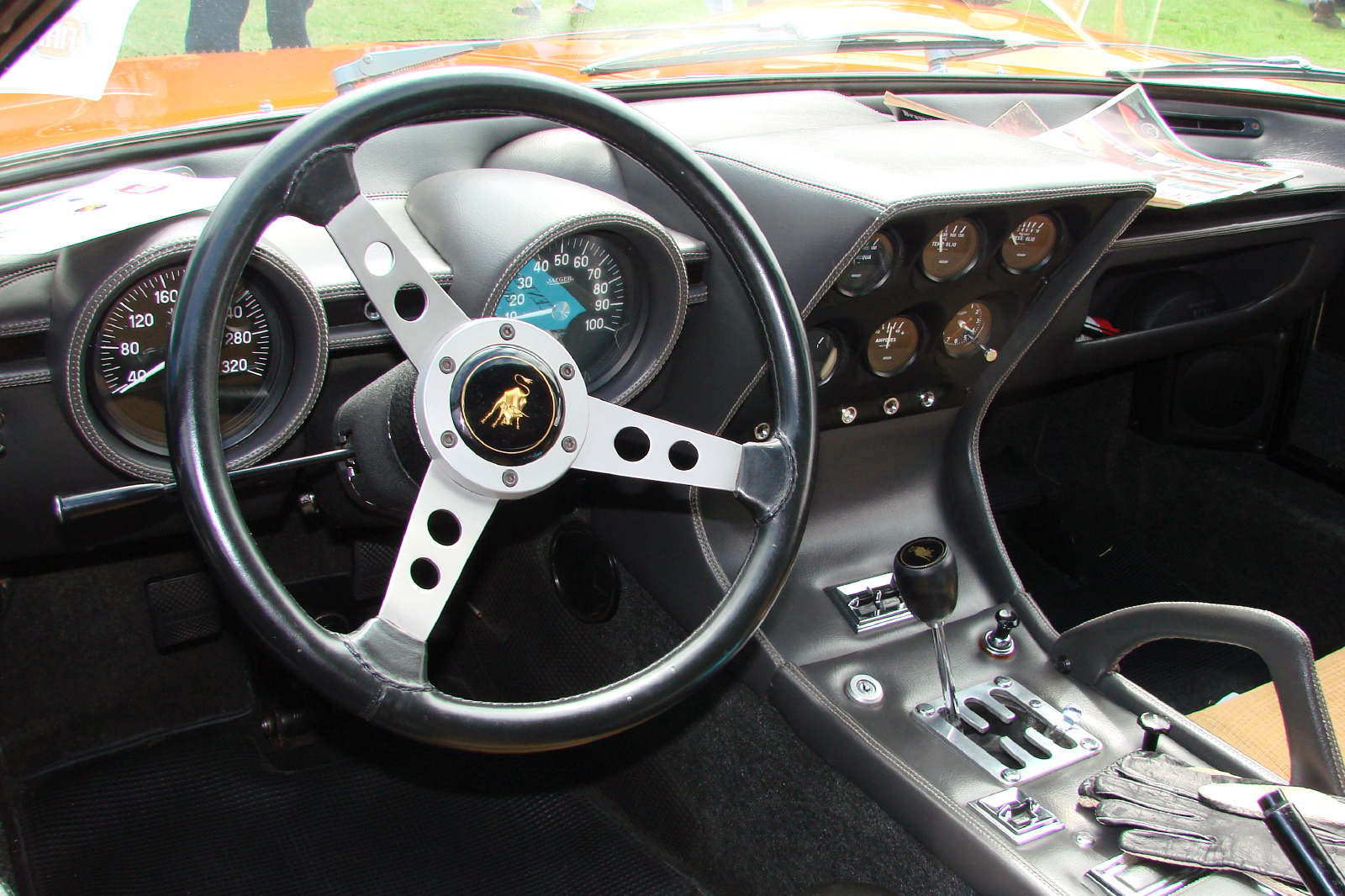 Interior is untouched from the factory

1966 Ferrari 275 GTB
Tom Shaughnessy is a well-known ‘barn-finder' within California who displayed his alloy-bodied 1966 Ferrari 275 GTB that he found on July 4th this year. It was covered in a thick layer of dust at Enzo Motors in Orange CA, where it was stored for 35 years. After several owners from new, Mr. and Mrs. Bitone of Youngstown, Ohio purchased this lightly used Ferrari as an incentive for their son Robert to finish college in October of 1973. No one knows if Robert finished college, but the car was eventually sold to a boxing promoter who never got around to the planned restoration.

The 94,000km on the clock is authentic as is every component and nut and bolt. Immediately after purchasing the car, Shaughnessy inflated the four flat tires, and then replaced all fluids and spark plugs. The car started and was driven within three days after it was purchased. The compression test on all 12 cylinders resulted in an admirable 135 to 145 ft-lbs, and the spare tire is original and still mounted on the factory original Campagnolo wheel, as is the whole interior.

If you care about survivor cars or not, it cannot be argued that value lies in the minute details regarding information, such as exact location and configuration of every screw, bracket, hose clamp and connector. Every 275 is already one of the most collectable Ferraris ever made, and if this car is left untouched it could serve the Ferrari community as the most definitive source of exact specifications for restored versions throughout the world.

On Sunday, August 21st, less than seven weeks after the car was purchased, Tom Shaughnessy sold the car at the Gooding Auction at Pebble Beach for $1,540,000.

1952 Ferrari Barchetta
This unique Barchetta is currently owned by the Peterson Museum, and was originally a gift from Enzo Ferrari to Ford Motor Company President Henry Ford II. With only 13,000 miles since new, it has never been restored and is complete with its original engine, paint and upholstery. This car is significant if for no other reason than within 10 years of receiving this gift, Henry Ford II failed to purchase and absorb Ferrari, and resulted in forever severing any possible future collaborations between Ford and Ferrari.

This one-off car features a number of its unique design features. For example, Enzo installed the racing model 225 2.7-liter racing engine into this 212 body, and hence the model designation of 212/225. Representing the last non-racing Ferrari body design by Touring, the ‘Americanized' white wall tires and white upholstery are typical American tastes of that era. Contrasted with the jet-black finish, it is perhaps one of the least ‘Italian' of the early non-racing Ferraris ever produced.

Perhaps most interesting to automotive design history buffs, it is commonly thought that this European sports car body design contributed to the development of the first Ford Thunderbird three years later (1955 was the first year of Thunderbird). While not so obvious from the front, the rear ¾ view could be construed as an influence on the Thunderbird. It is estimated that this car is valued at least $8,000,000.

1970 Lamborghini Miura
Owner Jeff Meier purchased his ‘survivor car' after many years of talking with the former and original owner. Meier eventually purchased the car in 2005 when the former owner - an engineer who was more smitten by the mechanicals and the performance of the car than the car's beauty and aesthetics - was in his 90s. Ironically, the Miura is often considered the first car to express the new form language of the mid-engine layout for street driven sports GT cars. This early Marcello Gandini design was executed while he was working for Bertone, after Giorgetto Giugiaro left the firm to work at cross-town rival Ghia.

While Meier's Miura is considered an unrestored example, he is quick to point out that his definition of original includes many hundreds of hours of cleaning and polishing, and even repainting various details and components within the engine bay, frame and suspension. Meier reconditioned everything mechanical including shocks, brakes, suspension, etc. He points out that the engine has never been taken apart or rebuilt, and that the seat fabrics and interior materials are all original. This is Meier's fourth time displaying his car at the Concorso, and every year he attracts a crowd of attention and disbelievers that don't accept that his car is a ‘survivor'.