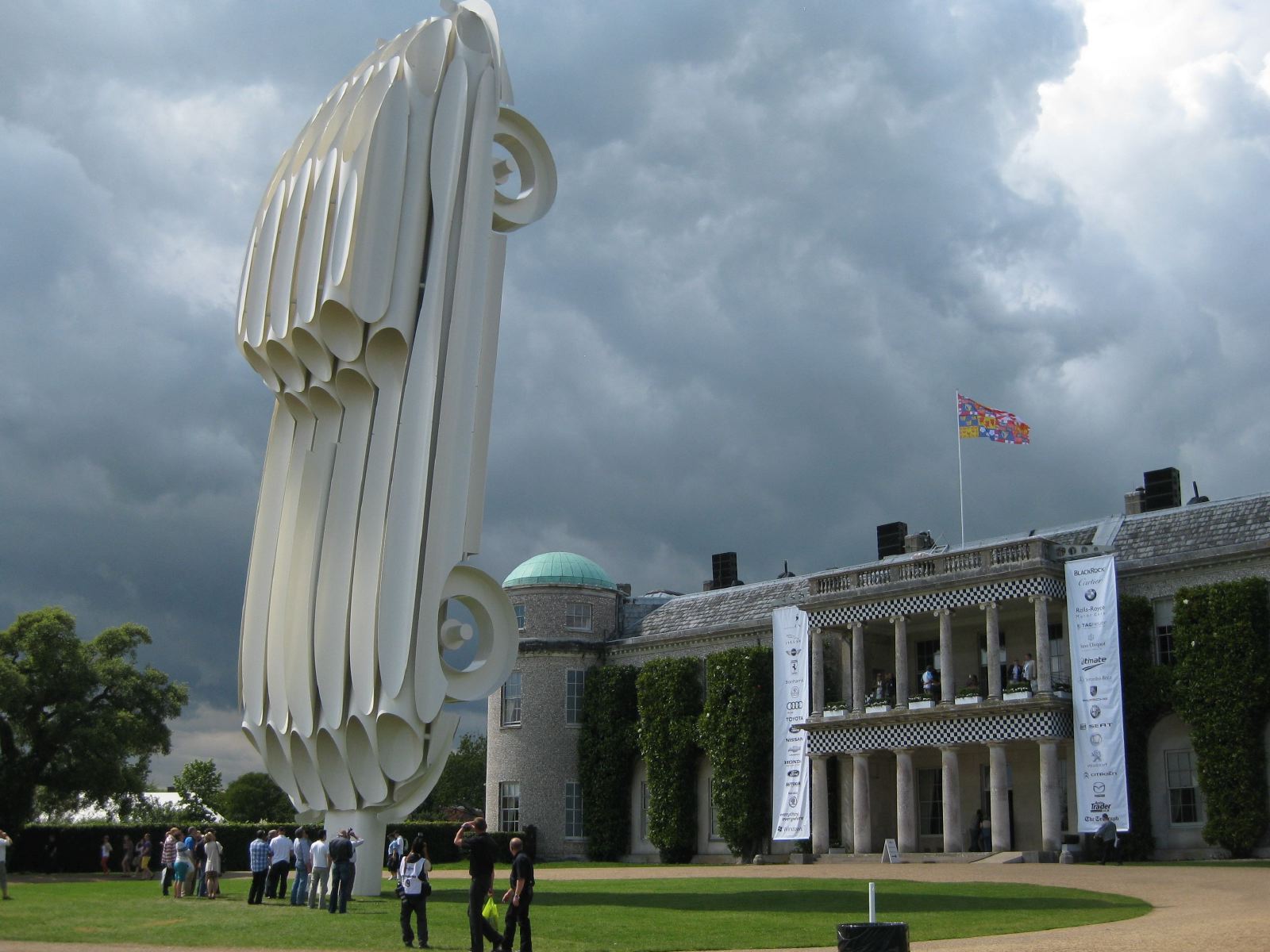 Goodwood house, with the 50th anniversary of the E-type sculpture on the lawn. Click for larger images 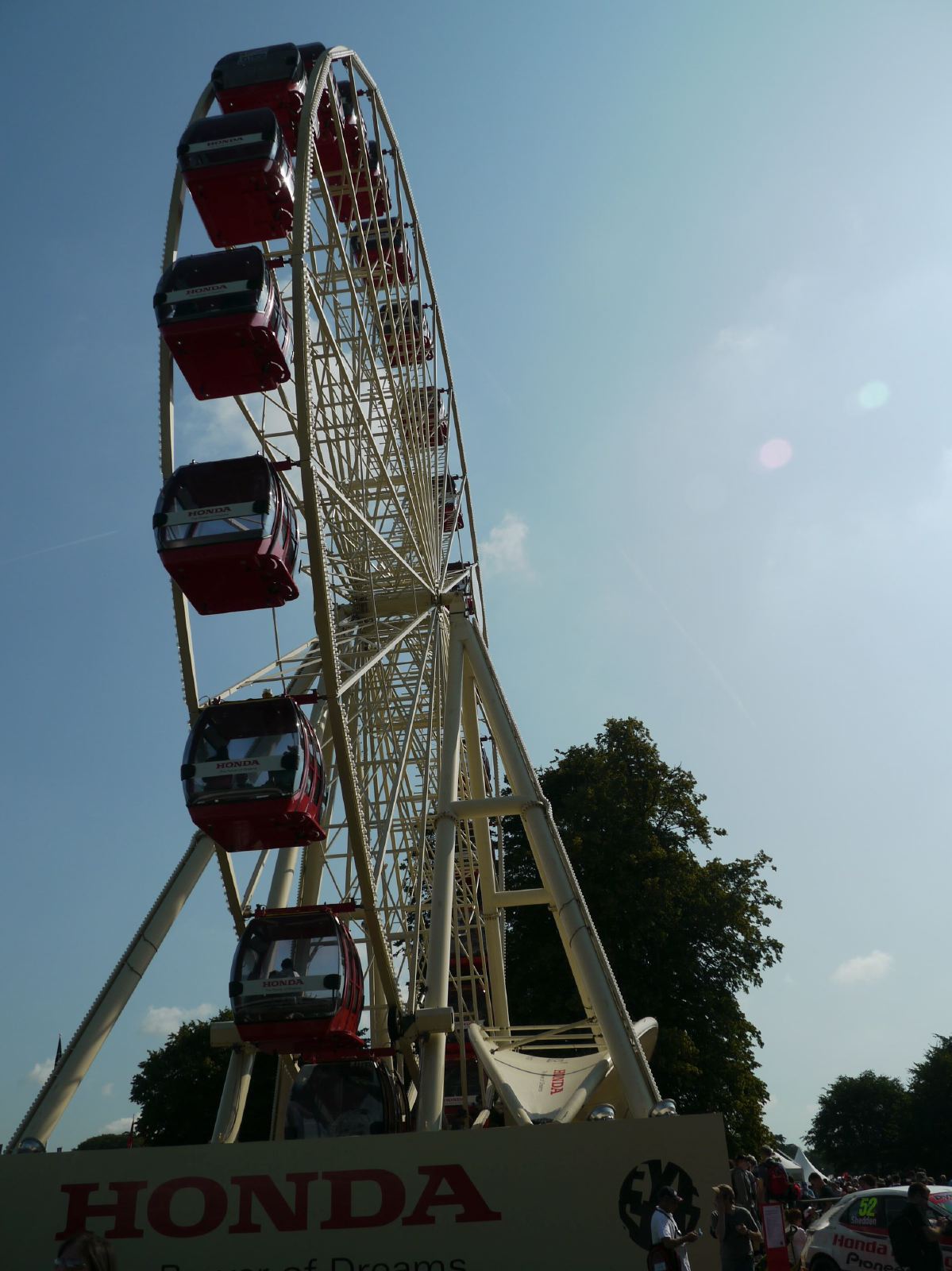 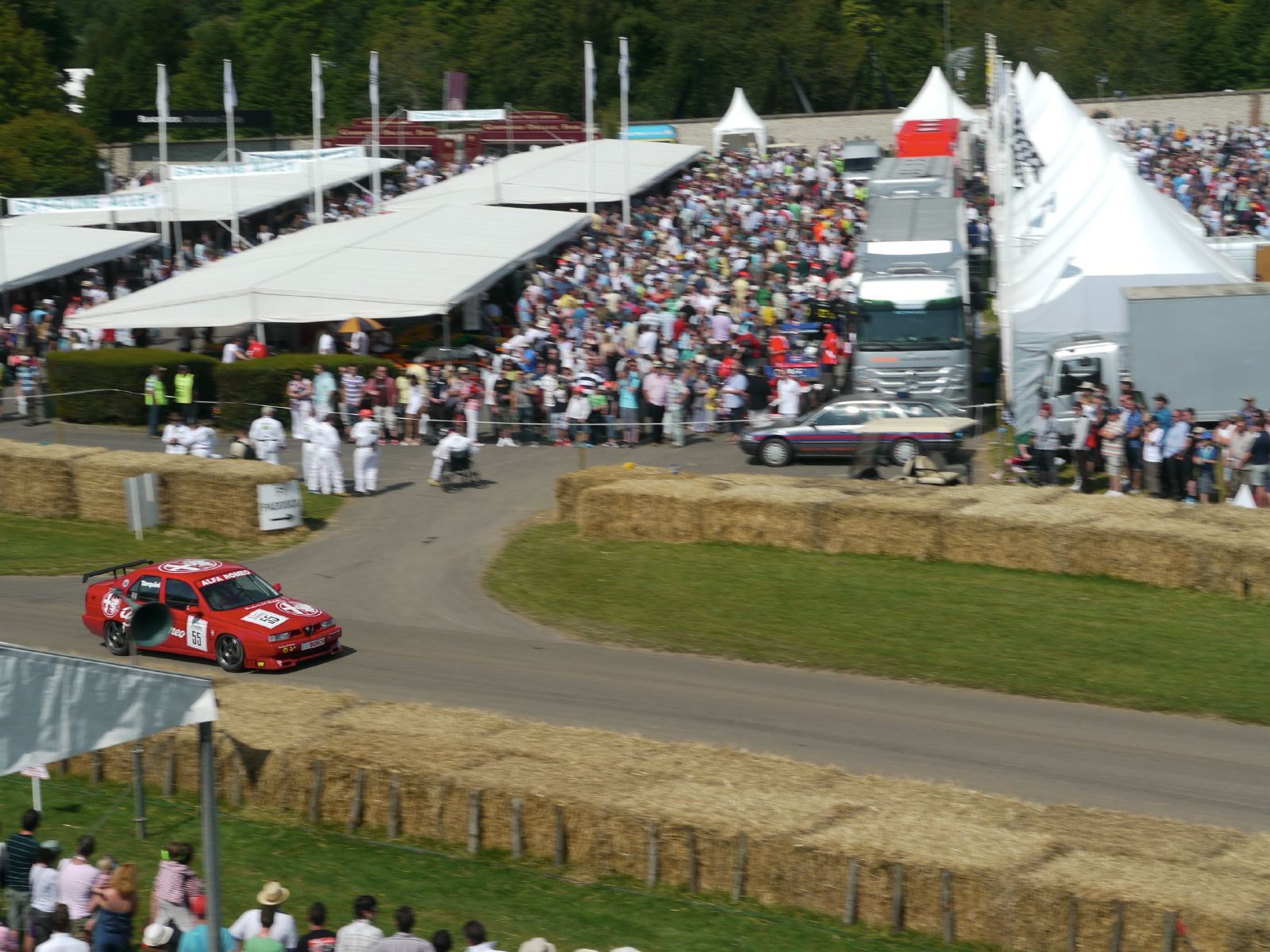 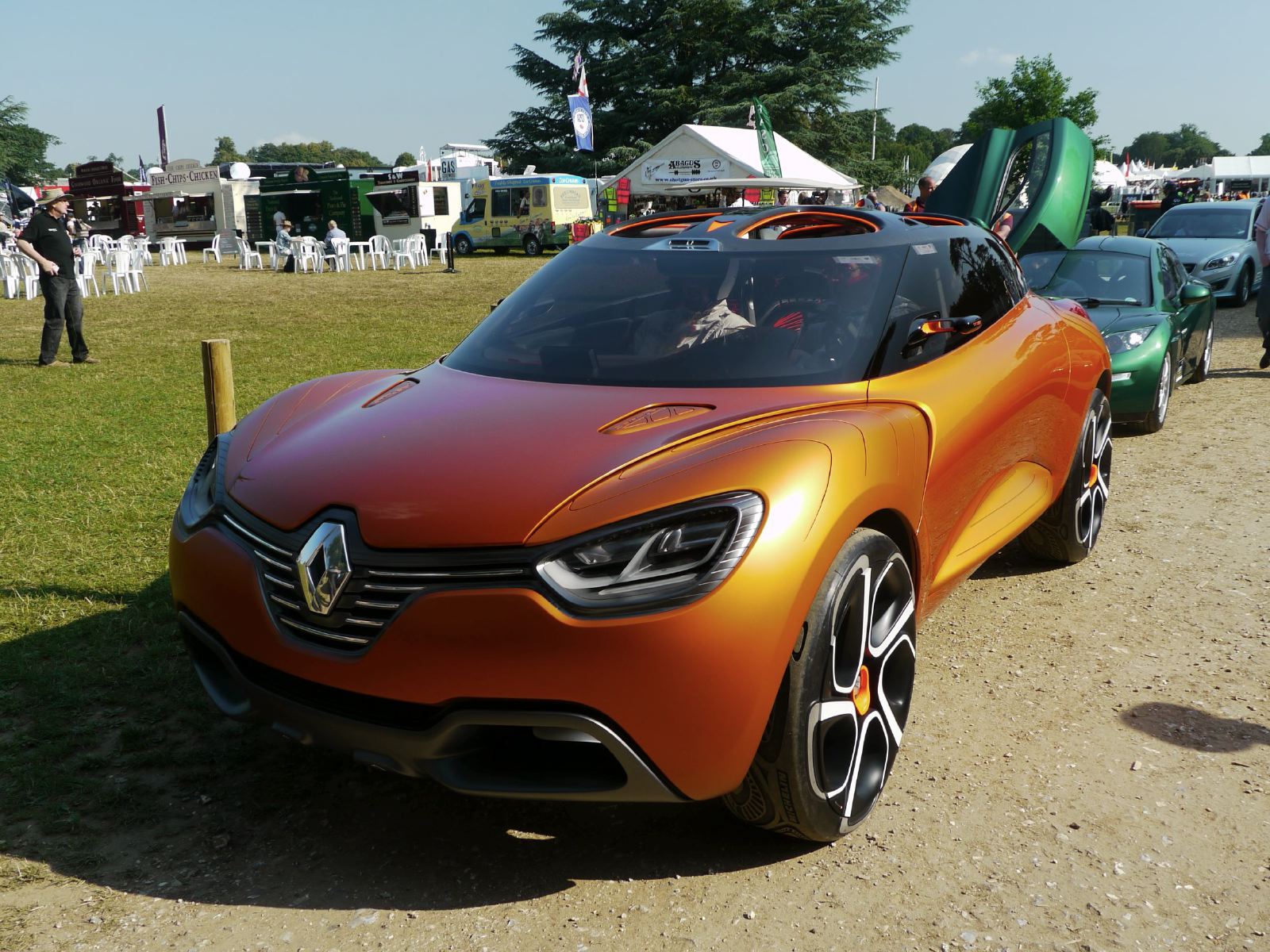 Goodwood a great opportunity to get up close and personal with concept cars - Renault's Captur took part in one of the hill runs, interesting to see it in real light 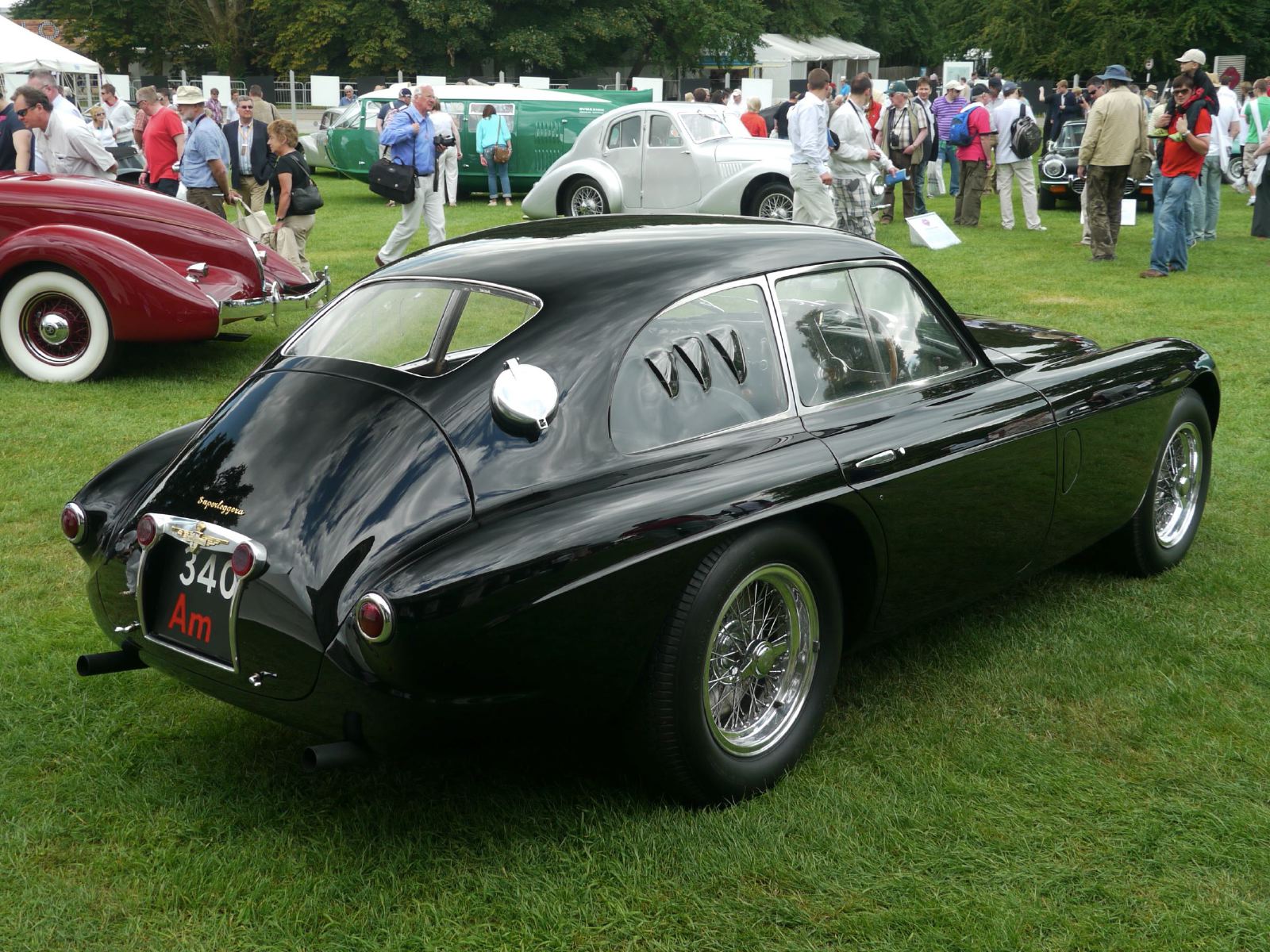 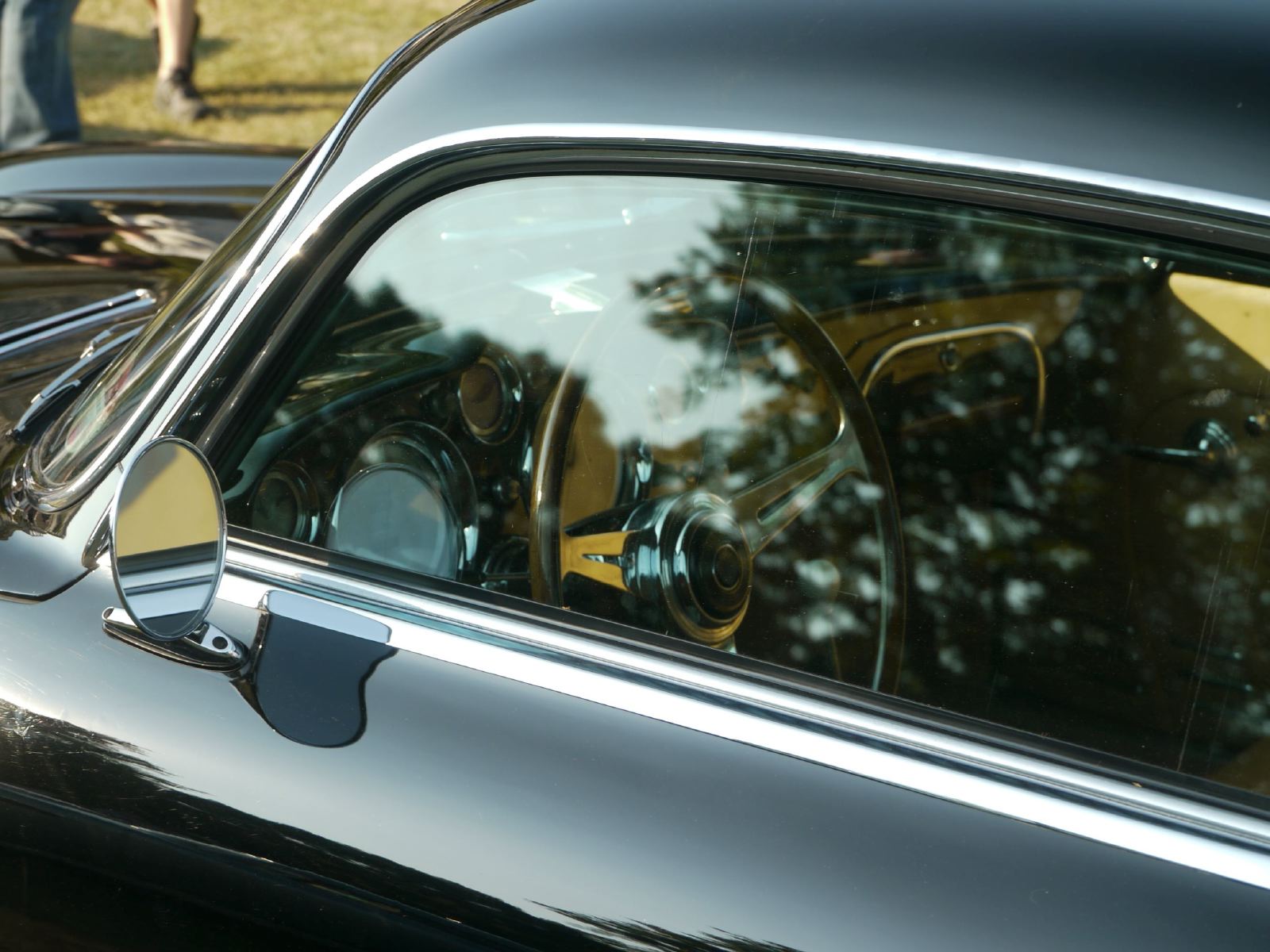 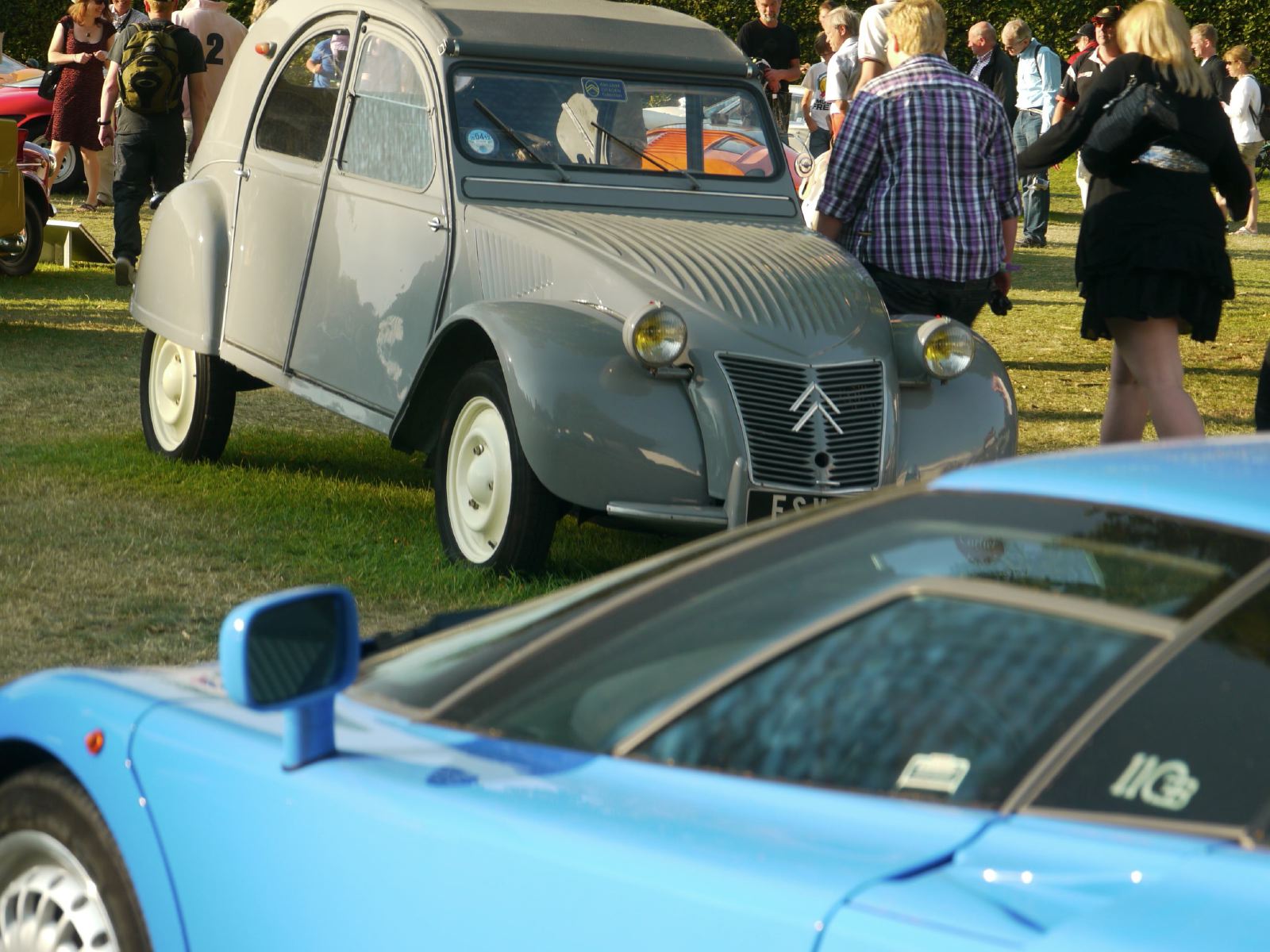 Maserati A6G 54 in the evening light; Bugatti EB110 and Citroen 2CV typical of the diversity on show in the Cartier Concours 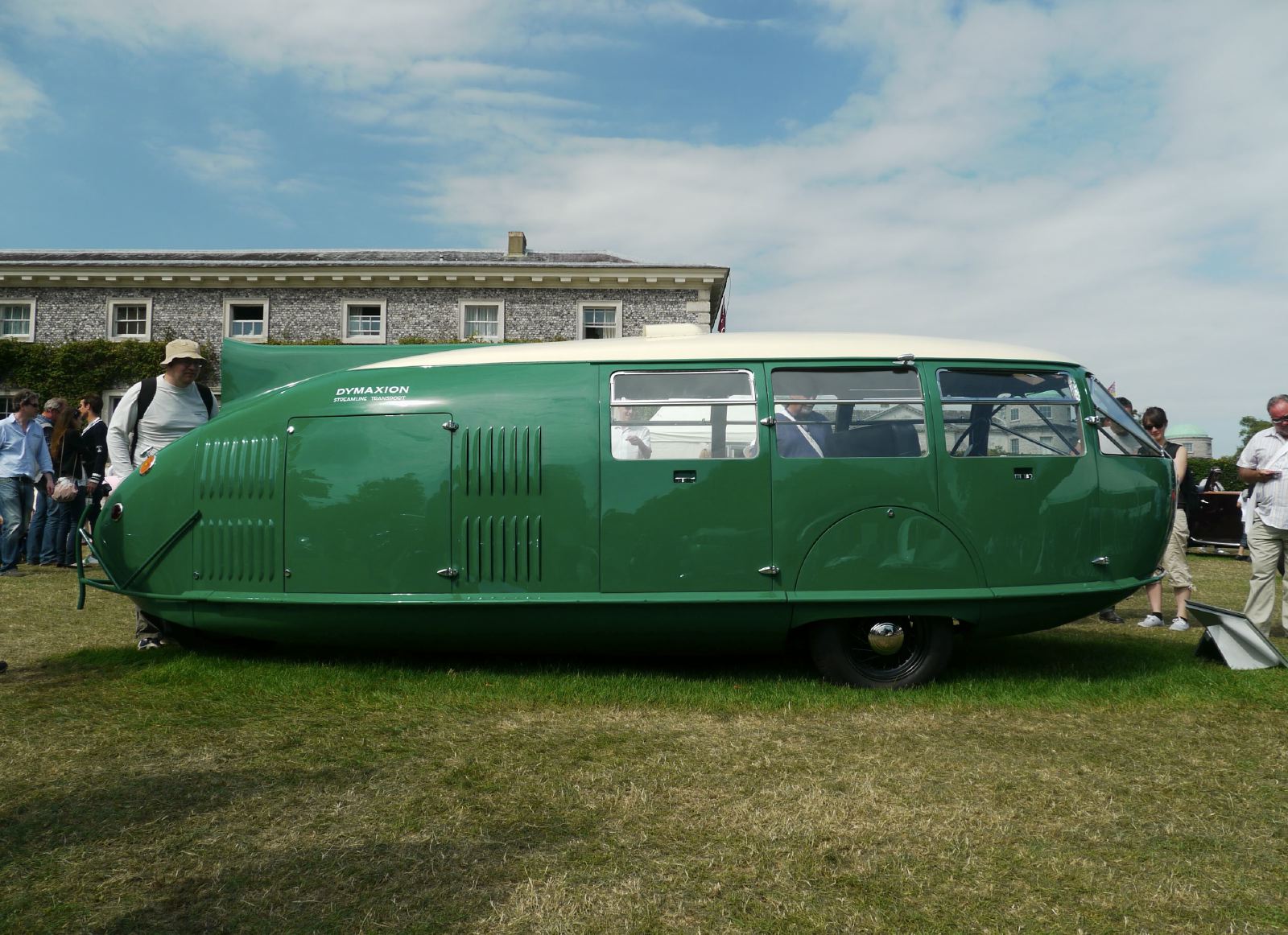 For us, Norman Foster's restored Dymaxion car was the most appealing thing on the lawn 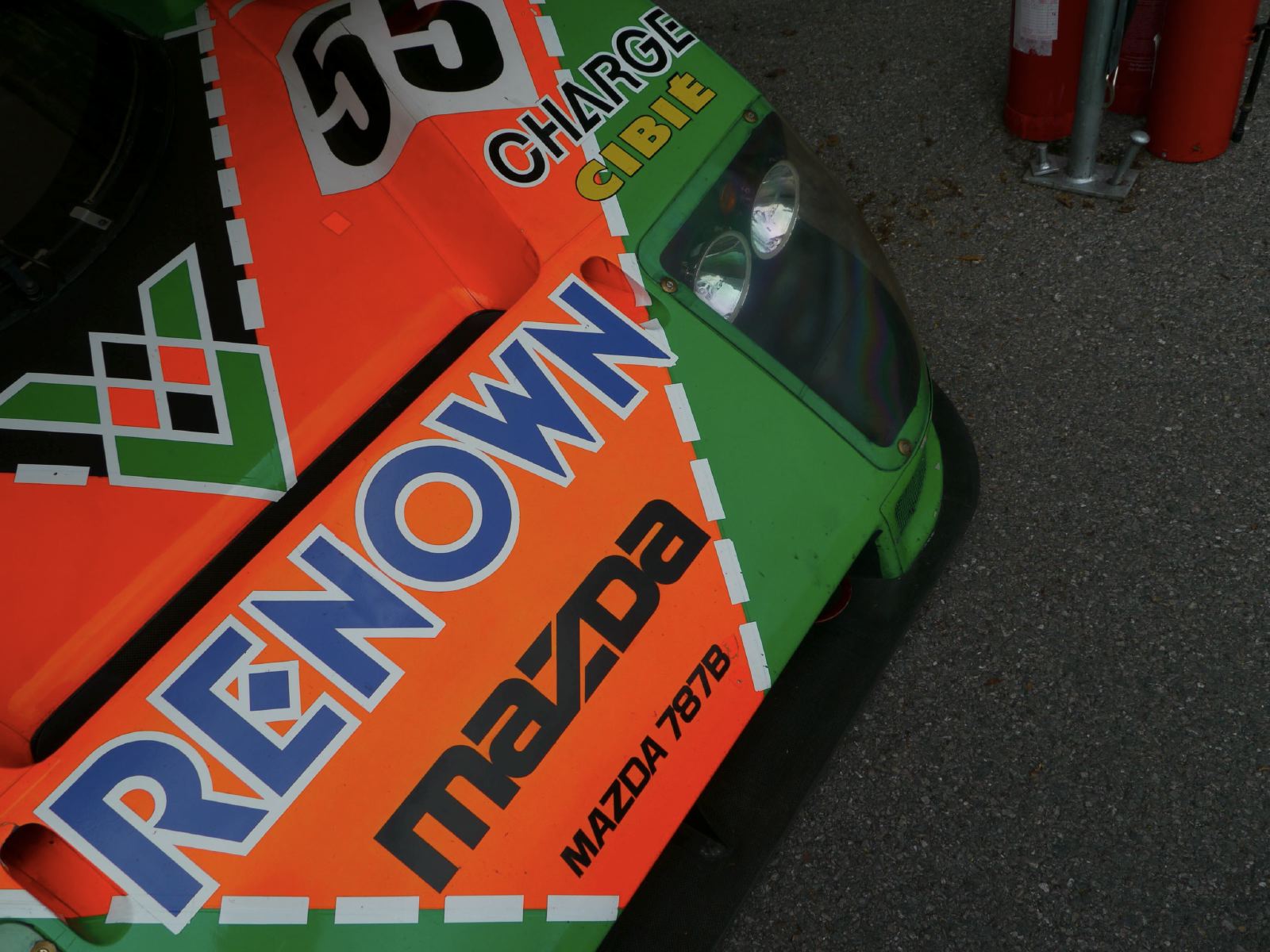 This year's theme was 'racing revolutions', so fittingly, race car liveries stood out - this is a 1991 Mazda 787B

The Goodwood Festival of Speed began 19 years ago. Back then, it amounted to little more than a glorified hill climb for historic racecars. Since then, it has grown to become the biggest event in the UK automotive calendar outside of the Grand Prix, and takes over Lord March's West Sussex Estate annually on the first weekend of July. This year it proved more popular than ever, with over 180,000 people passing through its gates over four days. Yet we left questioning whether it reached the point where it may have ‘jumped the shark'. 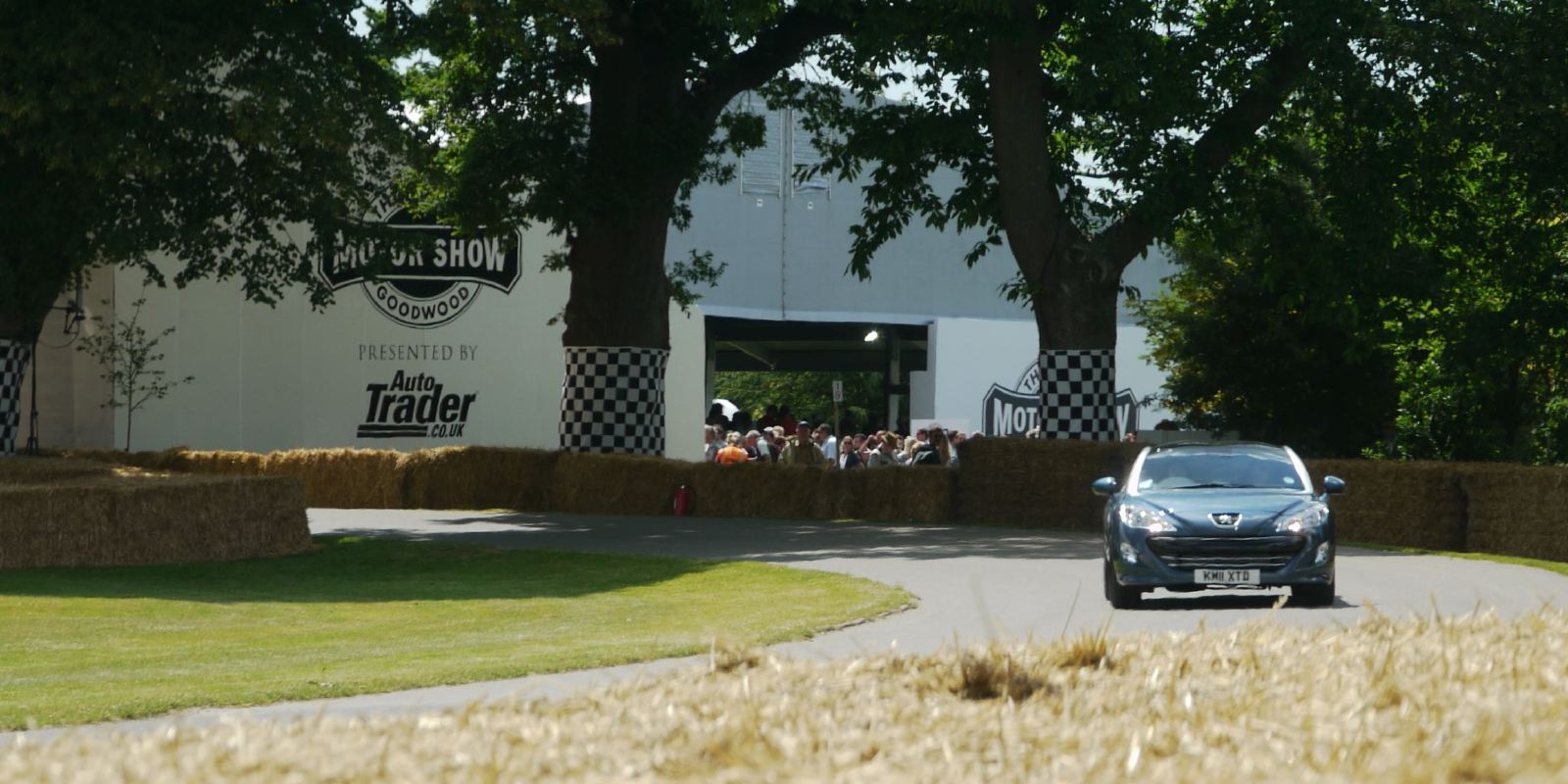 The hill climb is still a core part of Goodwood's appeal. Now begins on Thursday with regular production cars as part of the moving motorshow 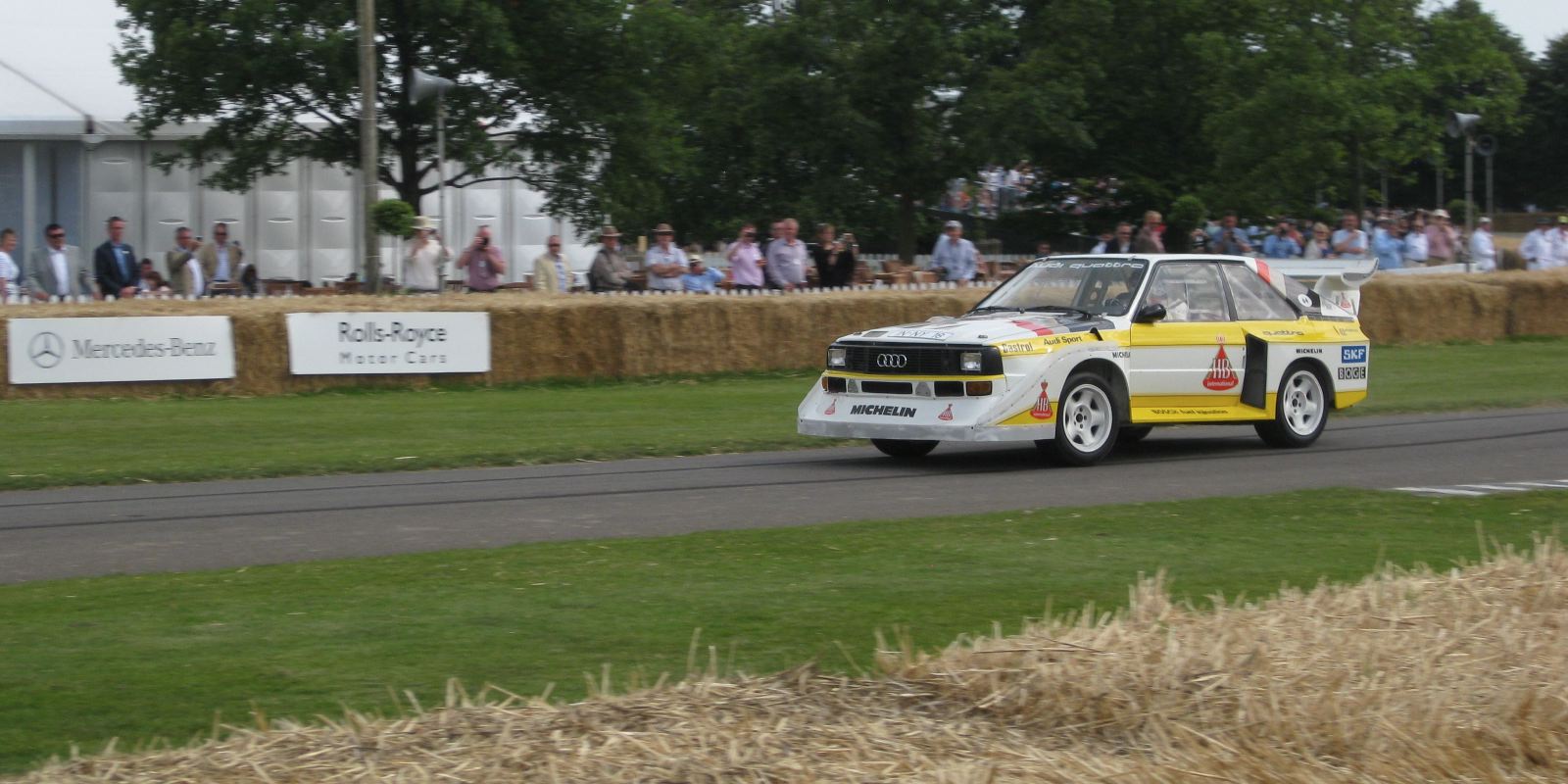 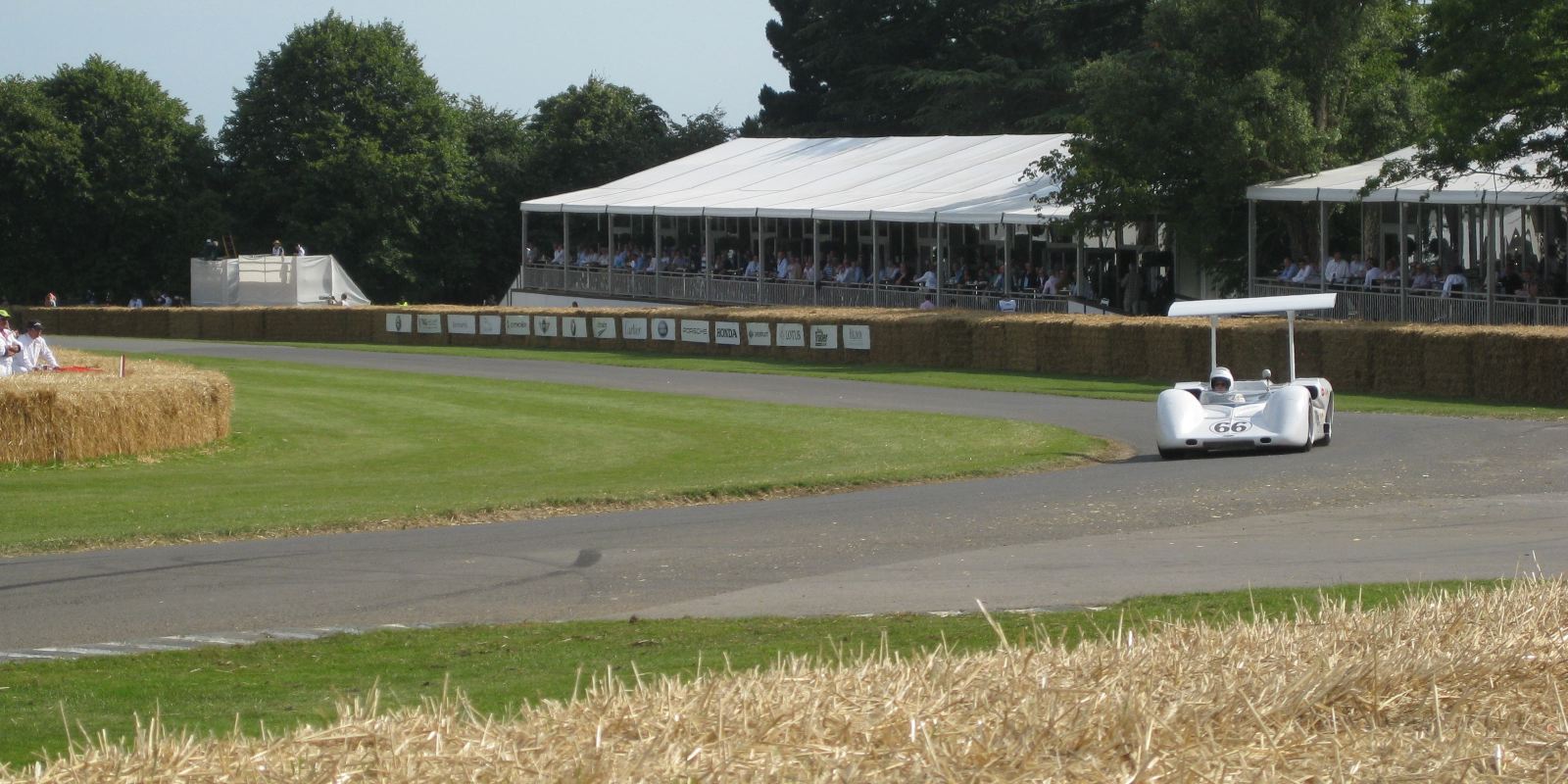 Incredible Chaparral-Chevrolet's caught the eye - the 2E used an auxiliary twin-cylinder engine on its rear to suck it to the ground, while this 2J has a rear spoiler so high you could stand underneath it 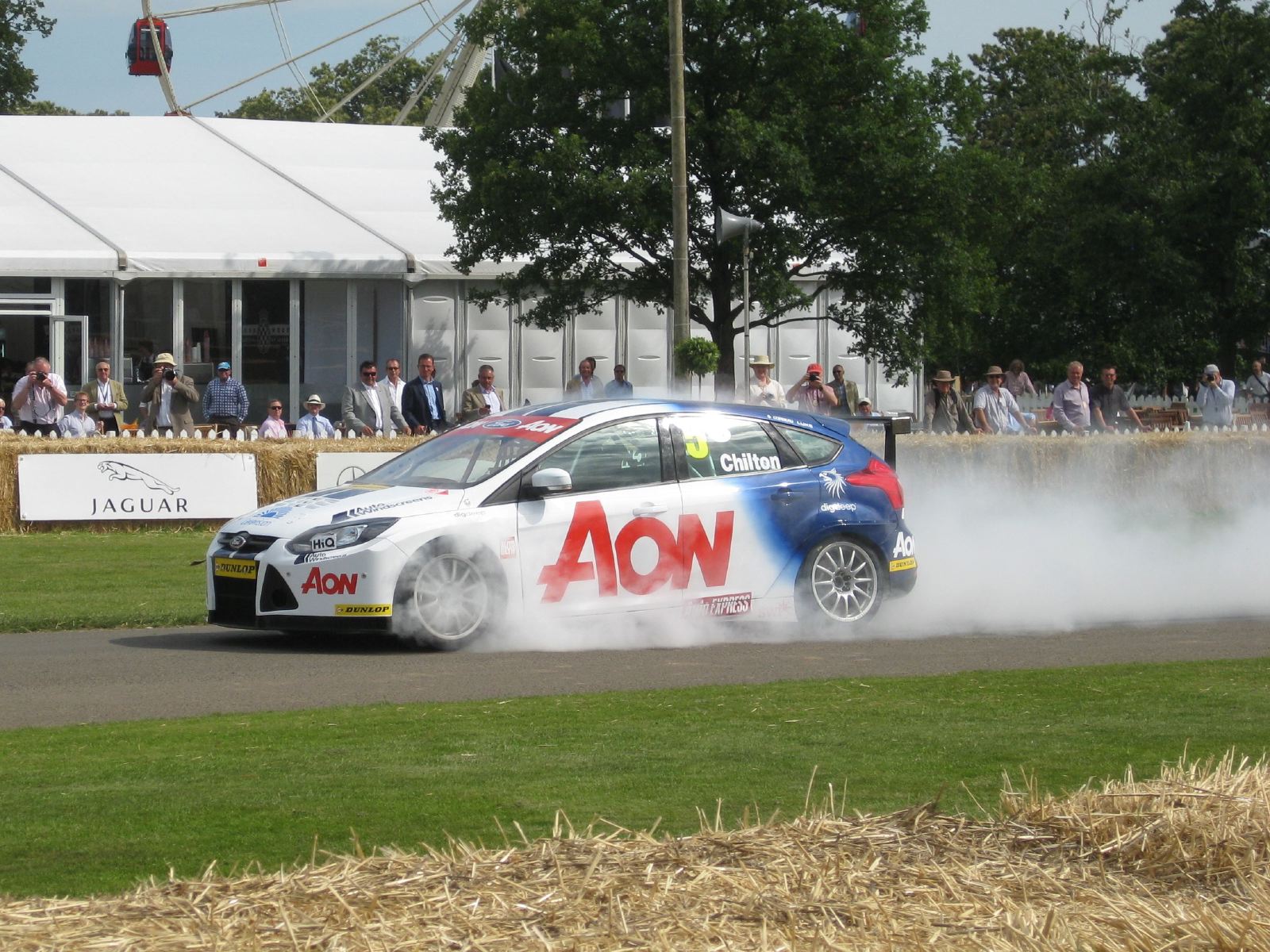 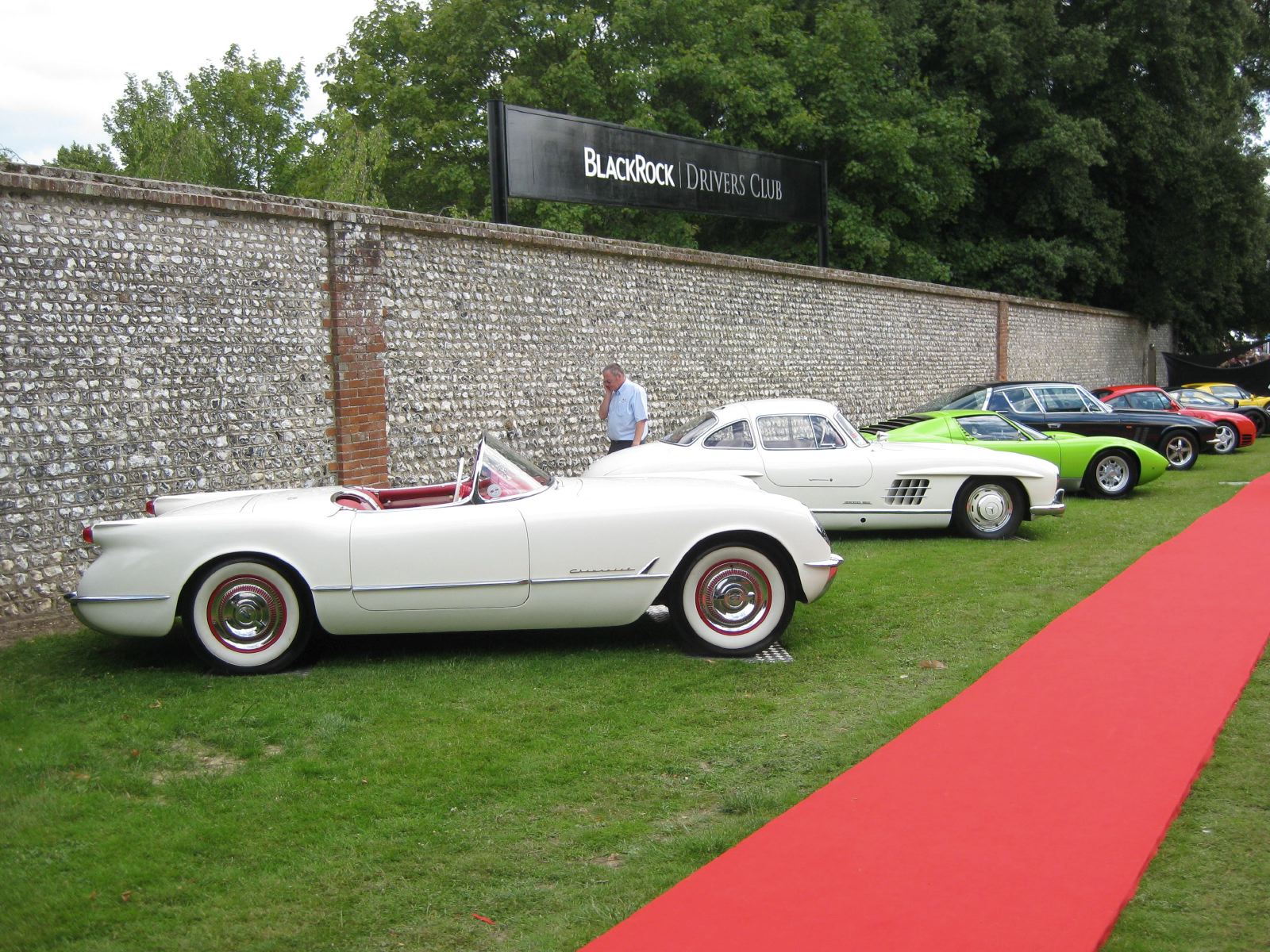 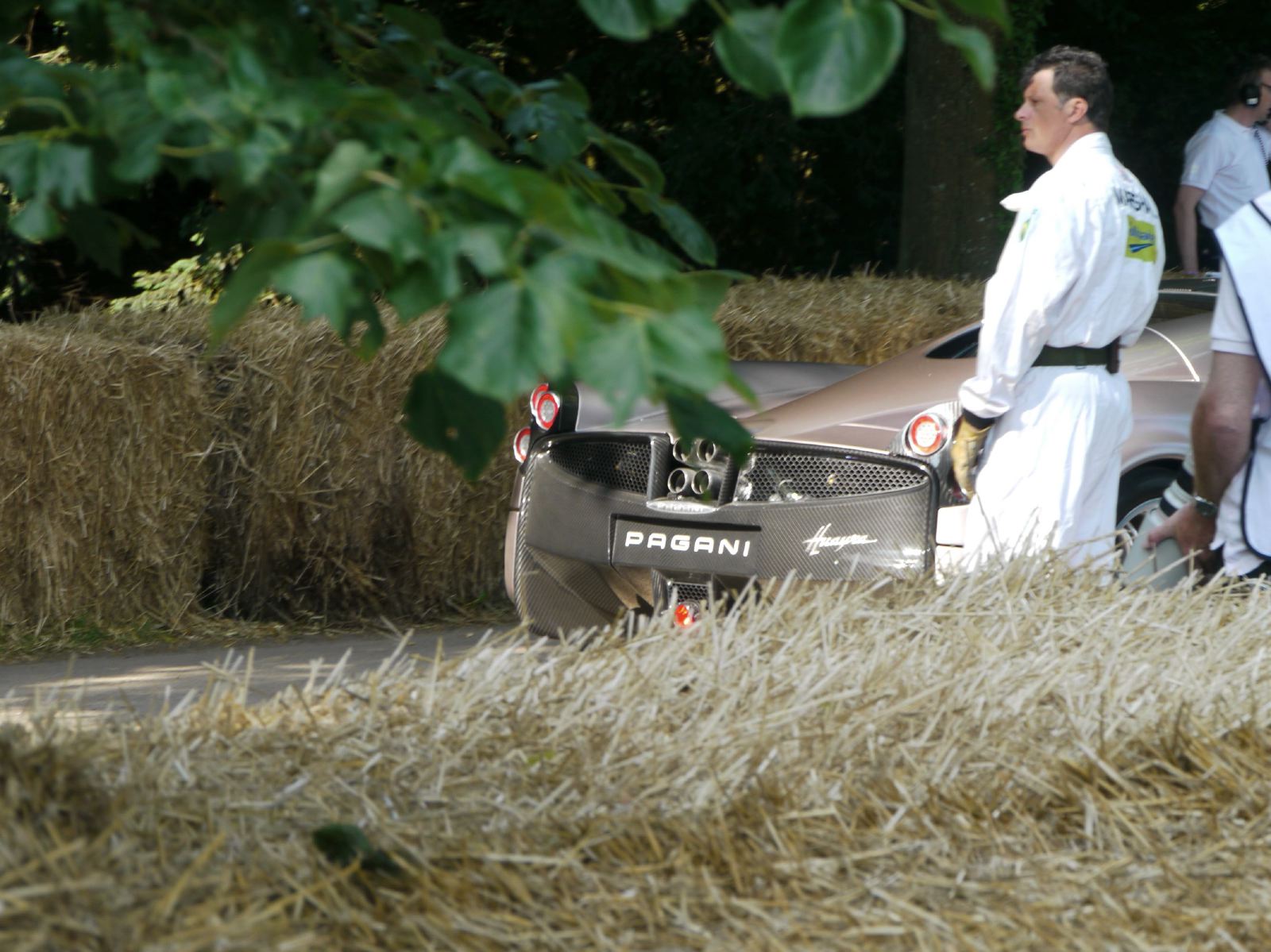 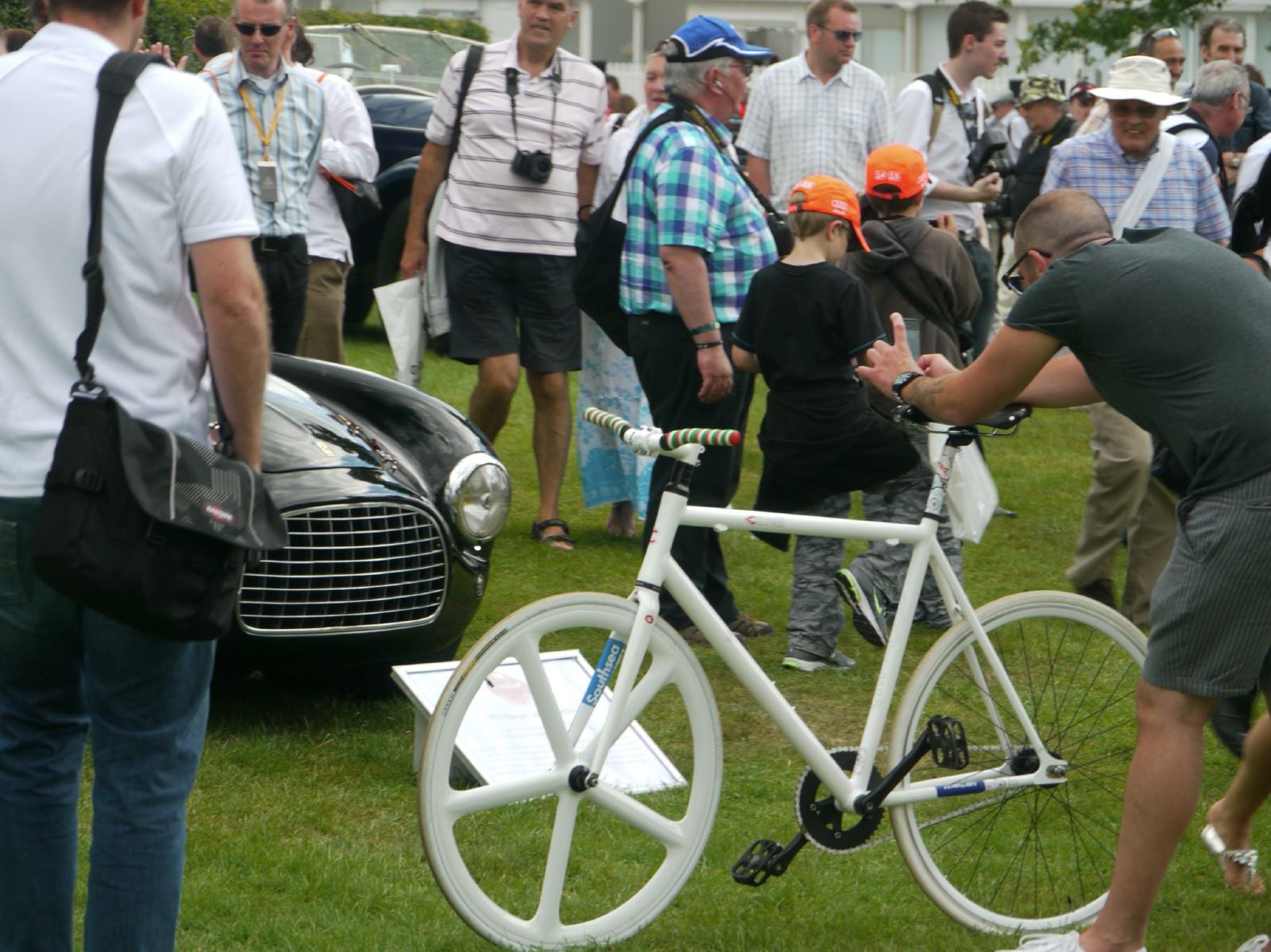 Goodwood's good: Courier riding an incredible all-white 'Fixie' bike uses his saddle to rest his camera as he photographs the Concours-winning Ferrari 340 America 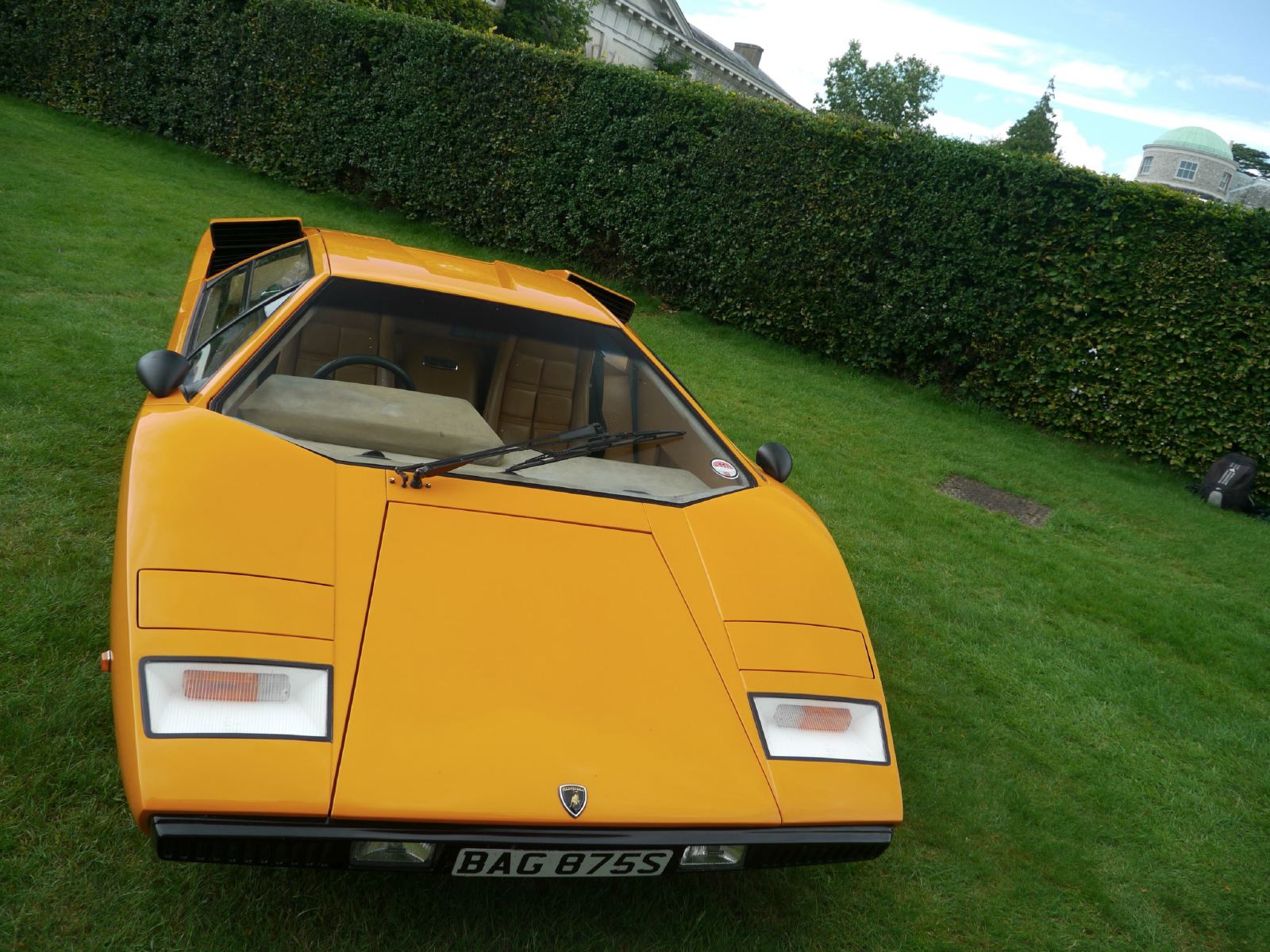 This remains an extraordinary melting pot of all things automotive. Goodwood attracts the same Concours standard of cars as Pebble Beach. Yet it also persuades the most discreet of private collectors to not only place their cars on display, but also drive them in anger up a mile-long course. And there are few events where you'll get so close to drivers such as Lewis Hamilton and Sterling Moss or concept cars such as the Renault Captur, Peugeot EX1 and GM EN-V.

Yet the attraction of seeing a Lewis Hamilton burnout under the bridge has pushed popularity of the event to the point that it now feels full and over-commercial. The crowds are inescapable, making the legions of armchair fans - whose motoring knowledge derives entirely from what Jeremy Clarkson and his friends at Top Gear preach each Sunday - all the more apparent. We lost count of the number of times we overheard "wasn't that the car that was on Top Gear last weekend."

Goodwood feels more commercial and has lost a little of its genteel racer feel in the process. The manufacturer stands on the infield are bigger than ever (witness Audi's all white line-up - displaying every car they make, including RS variants), while the automotive chintz and tat sold by some of the stalls and stands jars uncomfortably in the serene environs of Goodwood. A new Honda-endorsed Ferris Wheel neatly sums up the state of affairs.

We only highlight these points because Goodwood for now remains both appealing and unique. Yet continued growth, solicitation of further commercial endorsements and the sort of organizational glitches we've been made aware of this year, ultimately risk limiting the event's appeal - particularly for designers.

Part of the change in atmosphere comes from Thursday's Moving Motor Show. Introduced last year, this event precedes the main festival and acts as a quasi replacement for the British motor show.

This year, 22 manufacturers were present, and would-be customers get the chance to drive real cars up the hill course in a unique motor show-meets-showroom-meets Festival of Speed experience. There's unique appeal for both manufacturer and customer in the format, the only issue being that - given their moment of glory to drive up the hill - most customers drive the cars as hard as they can. It seemed inevitable that, half way through the Thursday morning, the course had to be shut for half an hour because someone had ploughed a Volvo straight on into the hay bales at Molcomb corner.

It's away from the world of modern car showrooms and in the paddock area where the Festival of Speed still comes alive however.

As ever, the Cartier-sponsored Concours lawn was an easy place to idle away a few hours. Divided into categories - which this year were as diverse as ‘pre-war streamlined specials' and ‘people power' - the overall Concours prize went to a stunning black 1951 Ferrari 340 America. Other highlights included the almost identicolor Citroen 2CV and Renault 3 in the ‘people power' class, a 1937 Tatra T77 that won the pre-war streamliners category and an LP400 Countach that still stunned with its diminutive dimensions and sense of modernity.

Judged by, among others, Marc Newson, Jonathan Ive and Lorenzo Ramaciotti, we felt Jay Kay's exquisite Maserati A6G 54 deserved to win something (perhaps it didn't because the same type won last year's overall prize), but ultimately the restored Dymaxion, owned by Norman Foster, stood head and shoulders above everything else on the lawn.

A promenade through the paddocks

But it is in the paddocks - particularly the slightly dark corner of Cathedral - where the most inspiration will be found. Fittingly, given this year's theme of ‘racing revolutions', the liveries and graphics of the Grand Prix, Le Mans and Pikes Peaks cars were the elements which came most sharply into focus for those with a design eye.

It is only at Goodwood that one gets to touch the Lohner-Porsche ‘Sempur Vivus' up close, watch a Delage 2 LCV being painstakingly unloaded from its trailer inch-by-inch, or induce tinnitus for the following week by standing around as Alfa's Museo Storico team coax to life first a Tipo 159 Alfetta, then a 1934 Tipo B and finally a 1975 Tipo 33 TT 12, which proceeded to shoot giant clouds of (only partially burnt) hydrocarbons 30 feet behind it!

It is experiences like this that make Goodwood special. Ironically, if you can stand to miss Lewis Hamilton's burnout and Ken Block's gymkhana antics, Thursday is now the best day to attend - the paddocks are quiet, and you'll get to see a myriad of exotic race machinery painstakingly unloaded and coaxed to life.

Such is the inspiration to be found in the paddocks that later in the week we'll run a separate gallery on our favorite forms, graphics and details. We just hope that, next year, organizational decisions and commercial realities don't overshadow what remains a truly unique and ultimately fantastic automotive extravaganza.