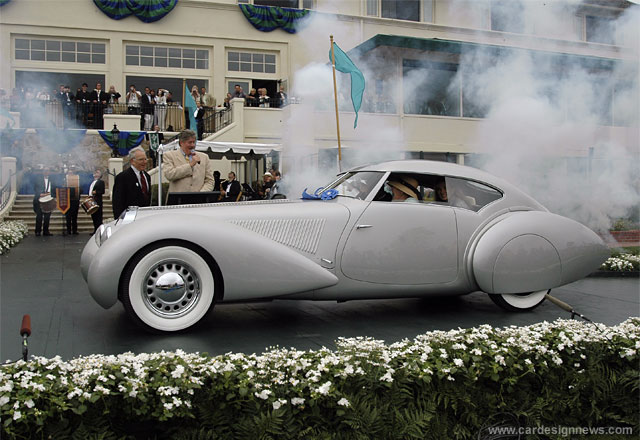 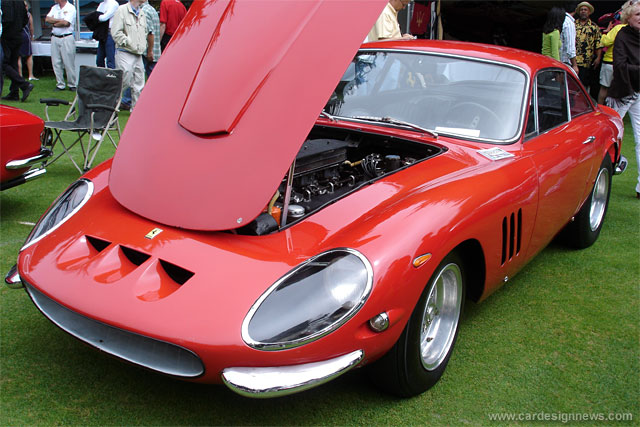 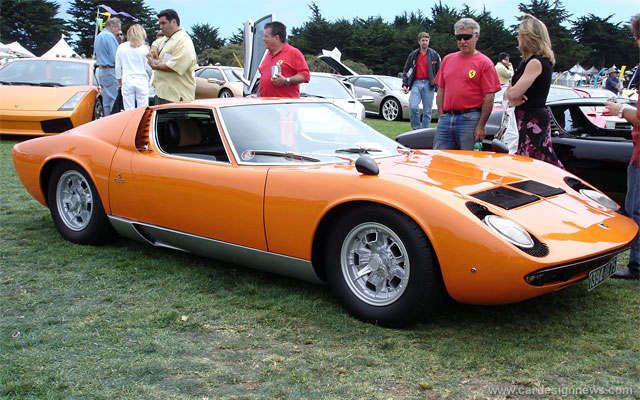 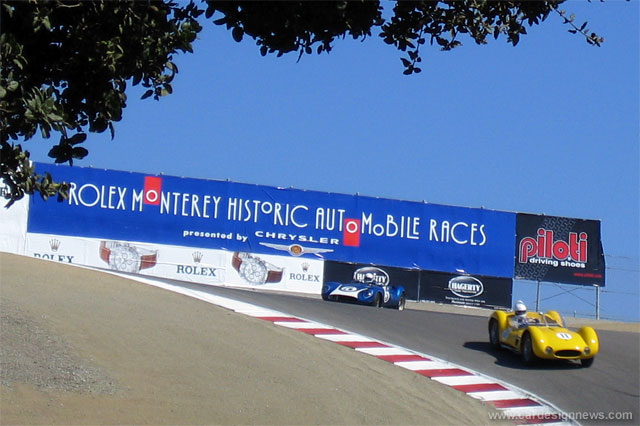 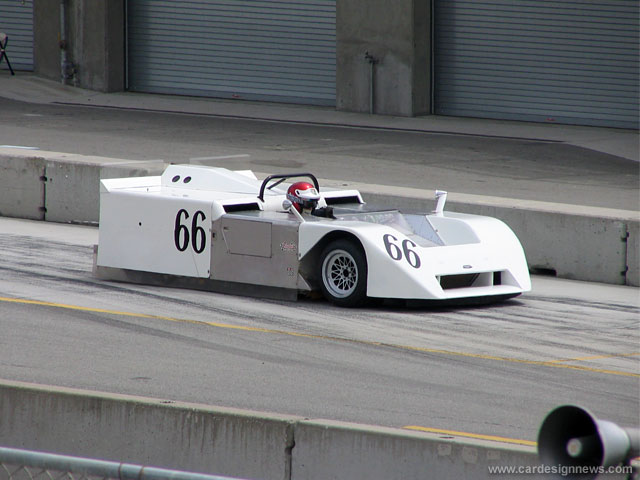 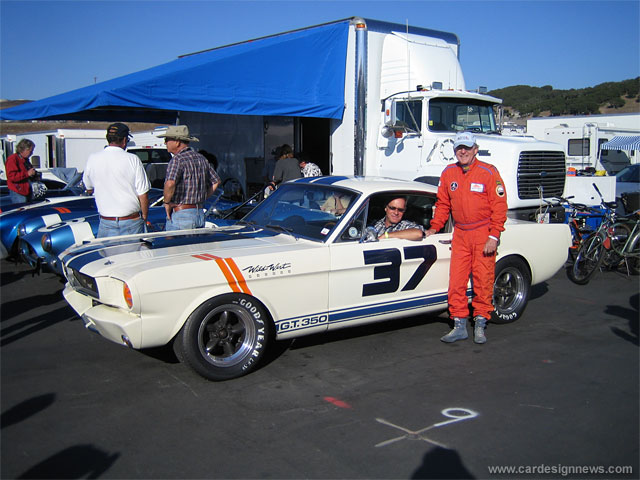 1965 Ford Shelby GT-350
When you are asked if you went to 'Pebble', this is a question that refers to a week long series of events, this year from August 15th, through to the highlight event of the week, the Pebble Beach Concours d'Elegance on August 21st in Northern California, near Carmel and Monterey.

Events leading up to Pebble Beach include auctions held by Christie's, Bonhams and Butterfields, RM Auctions, Russo and Steele, Kruse, Gooding and Company, and the Blackhawk Museum, and a classic car tour through Pebble Beach and Carmel.

One of the more popular pre-events includes the Concourso Italiano on every Friday afternoon before Pebble, located at the former military base of Fort Ord in Monterey. Every year you will see literally hundreds of Ferraris, Maseratis, Lamborghinis, Lancias, Alfas, Fiats and Specials, often for the first time, and often from as far away as Asia and Europe. 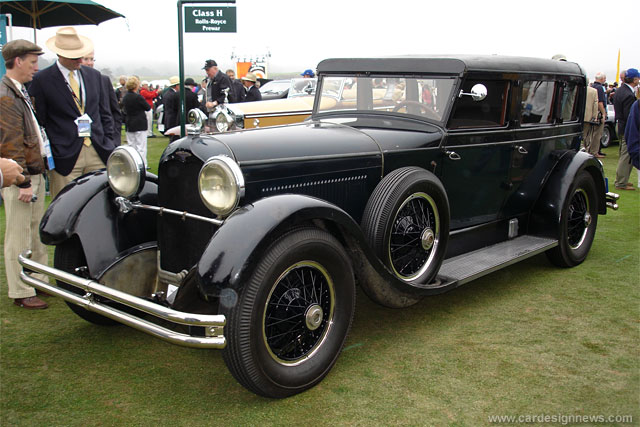 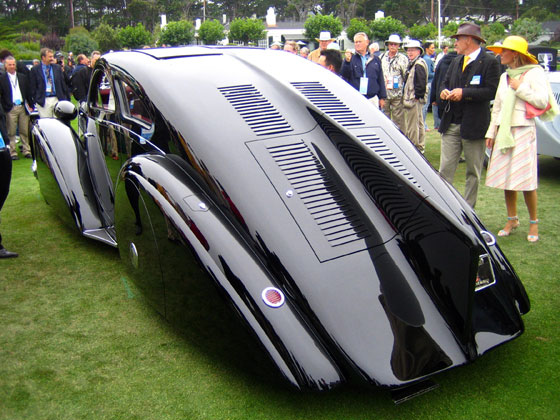 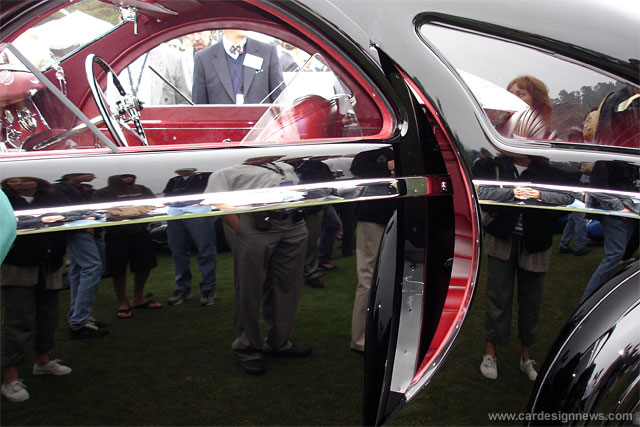 1925 Rolls Royce Phantom 1 Jonckheere Aerodynamic Coupe
Of note was a 1963 Ferrari Lusso rebodied in 1964 by a somewhat unknown American designer named Tom Dean. The car spent 11 years in storage in Hawaii until it's current owner, Mark Robinson, cleaned the car up in it's original condition, and shipped it over for the event. There was a lot of attention given to this car as Ferrari experts had to look twice at the GTO-like nose and Daytona Kamm tail. Robinson says that he has no plans to restore the car but rather will keep it running as a driver, and a survivor.

Also spotted amongst a sea of Lamborghinis was a Mura that is well documented to have just over 27000 original miles. It's current owner, Jeff Meier, has known about this car for over a decade. The previous and original owner, who purchased the car new while in his sixties, recently passed away at the age of 97. It is in nearly perfect condition with original paint and upholstery.

The Pebble weekend is also the venue of the Monterey Historic Auto Races, from Friday through Sunday. Here you will see classic race cars, most with documented histories, competing wheel to wheel at the Mazda Laguna Seca Raceway. The featured marque this year was Chaparral, including the famous forerunner cars, the Chevrolet powered Lance Reventlow (of the Revlon cosmetics company) and Scarab, designed by Chuck Pelly, founder of DesignworksUSA. Brian Redmond was one of the headline drivers who led the pack of Lister Jags, Lister Chevrolets, Aston Martins, Ferarris, Maseratis, Jagaurs, and various 'Specials' of the era in the 1955-1960 Sports Racing class for cars displacing over 2500cc.

Also on Saturday, between races, spectators were treated to various Chaparral exhibition laps and one note worthy exhibition was the famous Chaparral 2J 'Sucker' car seen doing hot laps driven by Jim Hall with Ed Welburn (GM) as the passenger. This car is most famous for its two on-board snowmobile engines which suck air from beneath the car and exhaust it rearward, generating large amounts of down force. The concept was that straightaway speed, which was compromised, was not as important as cornering speed and this worked extremely well. Too well really, as competitors went into an uproar. The car was soon outlawed with a thinly veiled concern over "driver safety." Nevertheless, the birth of ground effects had taken place and this important advancement in racing technology was not to be forgotten and is today a cornerstone of modern race car construction.

I was treated to a post race sitting in one of the 1962-66 Production Sports cars, a 1965 Ford Shelby GT-350, still driven hard and fast by the first and original owner, Jim Schield of Southern California. Like many of the historic racers, he has been a regular participant for decades at tracks across the country, and keeps his car in its excellent, original, yet slightly worn condition.

Sunday morning at Pebble Beach one could see the usual selection of Judges such as Chris Bangle, Shirou Nakamura, Ken Okuyama, Fabrizio Giugiaro, along with celebrities such as Jay Leno with his recently discovered and refurbished 1927 Duesenberg Model X. Approximately 13 Model X chassis were made, and aside from the usual roadster and sporting styles, the Sedan's purpose was to use the chassis and engine as a test for potential coach builders. Leno's example was found earlier this year in a private garage a few miles from his NBC Studio in Burbank. It had been stored since 1947. The car is an absolute survivor in its original condition throughout, except for the engine and mechanical rebuild required to make this car a contender at Pebble. The model X is one of the rarest and Leno has one of 4 known to still exist.

A 1925 Rolls Royce Phantom 1 Jonckheere Aerodynamic Coupe re-emerged this year after previously passing through the hands of others in the colors of red and later white. It's massive body and proportions can only be appreciated when standing near the car, where one will feel the arrogance and air of superiority of the Rolls Royce marque. One of the most striking features of this car are the unique circular shaped doors that open inwards, and side glass that is split in the middle, opening scissors style. The car was restored to outstanding level of surface work and black gloss (almost black chrome) finish. Bob Peterson was responsible for extensive restoration. He is the prime benefactor of LA's Petersen Automotive Museum, which holds title to the massive Rolls. According to Bob, one time, the Rolls was on the Carnival circuit, drawing crowds paying to see what was then a gold-plated exterior. This Aerodynamic Coupe did not win best of show as some suspected it would, but is not surprising that it won the Lucius Beebe Trophy sponsored by Rolls Royce.
Page 1 of 2/site/home/whats_new/display|