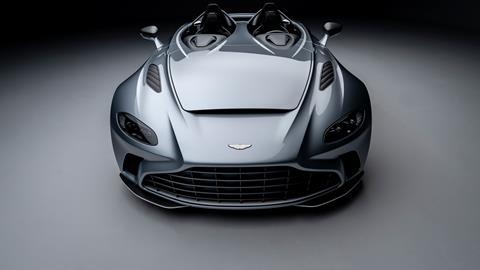 The littlest Aston gets its biggest engine, in exchange for its windscreen

When Aston Martin put its largest V12 into its smallest model in the previous decade, the resulting V12 Vantage became one of the most highly-rated models in its range. The company hasn’t waited so long to try the same trick a second time, but this time the result is the preserve of minted collectors – perhaps those who missed out on the CC100 a few years ago. 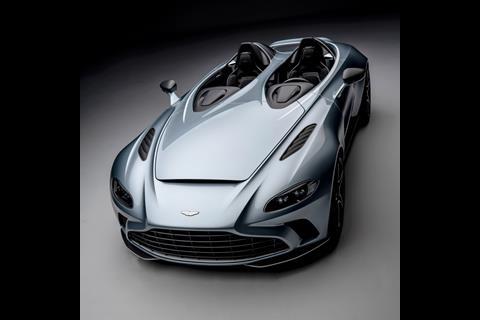 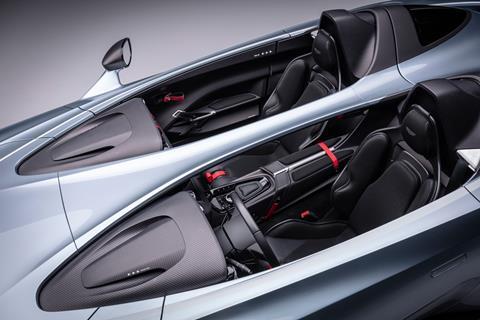 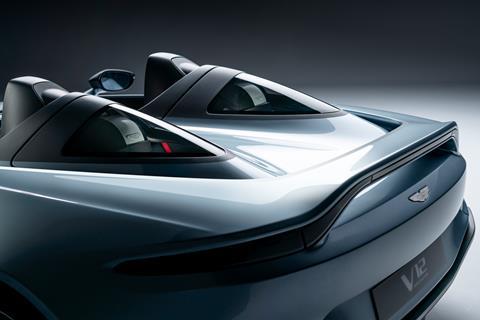 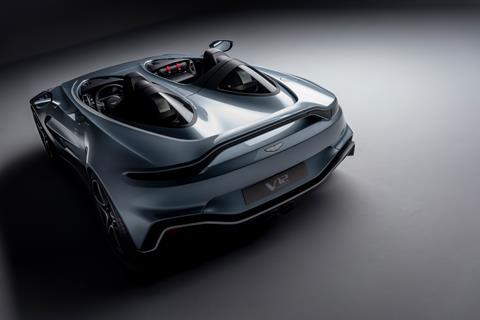 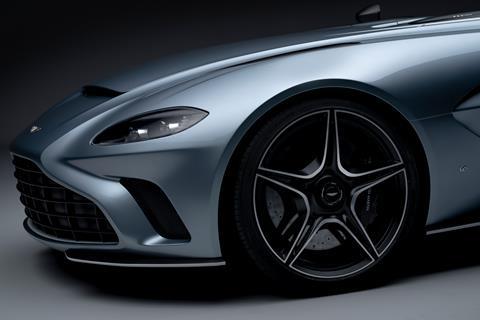 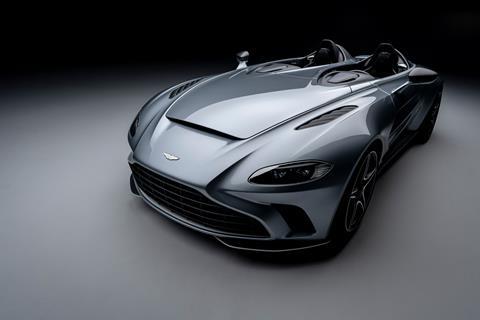 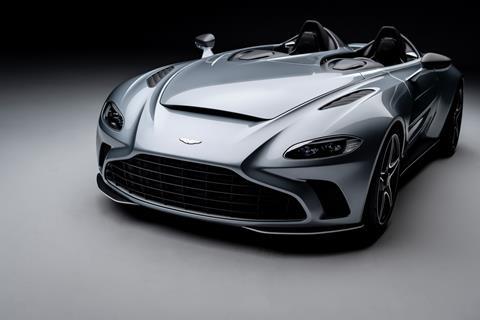 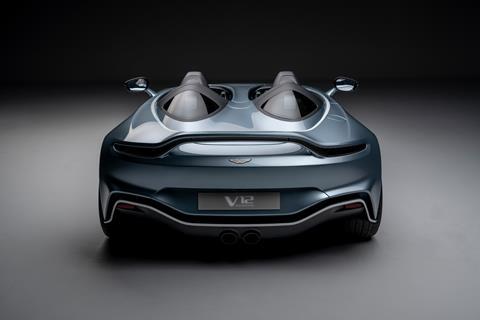 The V12 Speedster takes the new Vantage and shoehorns the 700-horsepwer twin-turbo V12 from the DBS Superleggera under the bonnet – meaning in turn that extra grille acreage and some heat vents have become necessary too. At the same time, the roof has been cut away (in similar fashion to last year’s Ferrari Monza SP2) and replaced with two contrasting pontoons, which stretch back to a tail that has been hollowed out to turn the existing taillight graphic into a rear wing. 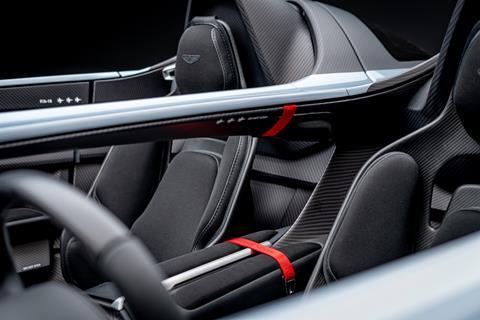 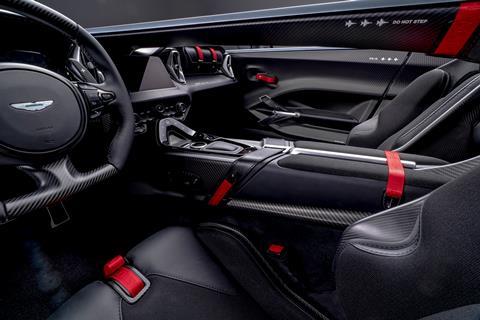 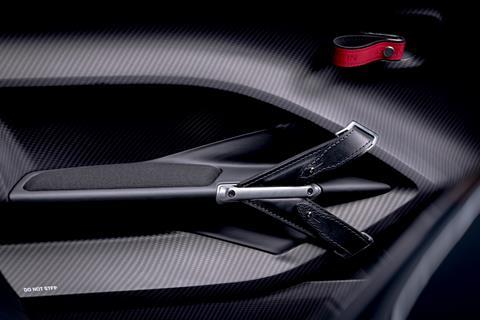 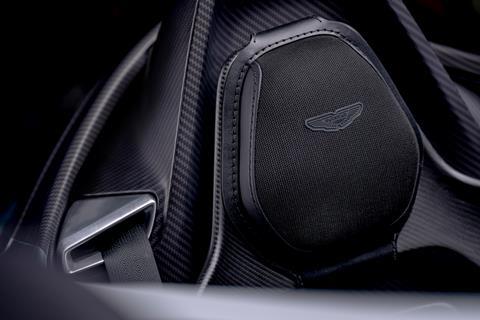 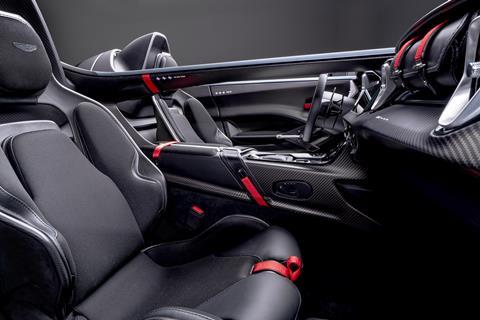 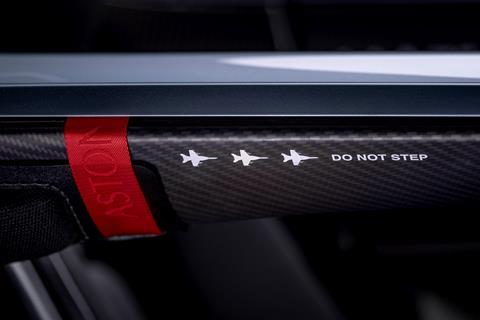 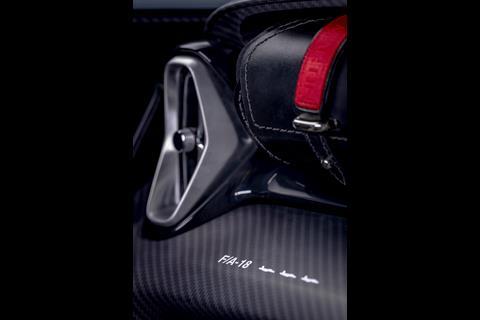 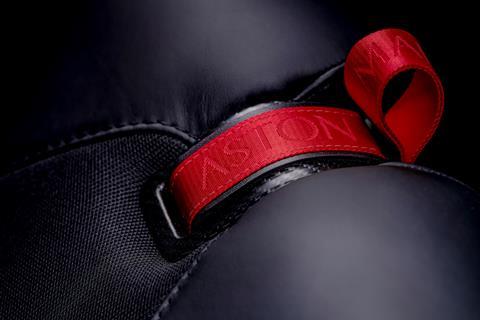 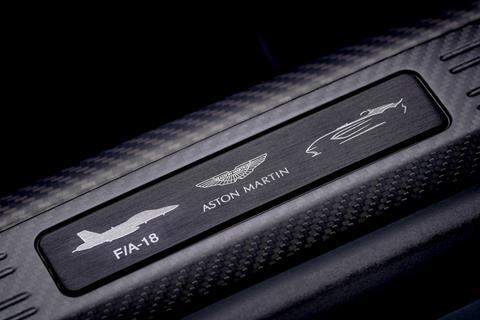 The interior is bisected by a central spar, while the material makeover sees structural carbonfibre sit next to traditional leather and metal trim pieces. There’s even some 3D-printed rubber. The passenger gets a removable leather bag to throw up into, while behind the seats, some extra luggage space hides within the glazed buttresses.