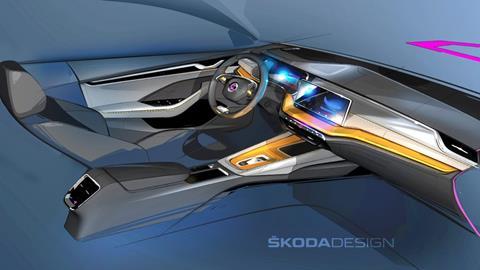 Škoda has now teased the interior of its forthcoming fourth-generation Octavia, having previously shown sketches of the exterior as well, ahead of its official debut on 11th November.

The main rendering, colourised in a rather nice, old-school style, depicts an angular split-level dashboard seeming to feature three different trim materials. The centre area reaches closer to the occupants, with twin air vents at its foremost point sitting under a wing-like platform, atop which sits the obligatory touchscreen (dimensions not yet given). The dash then tucks right in to make way for a flatter transmission tunnel with (probably) leather wraparound buttresses and a simple drive select lever. Škoda believes that “the visual width of the dashboard enhances the impression that the interior is generously roomy.” 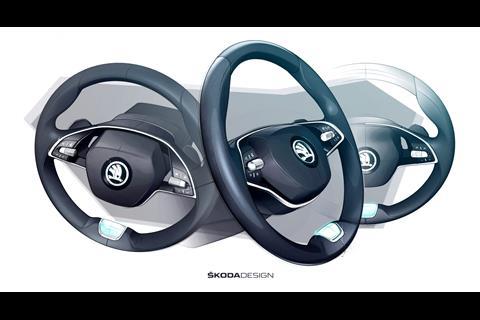 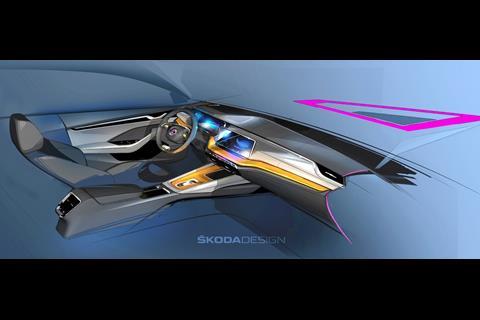 A second rendering gives three different angles of the new steering wheel, with a conventional pair of spoke-mounted control arrays featuring four buttons and a scroll wheel on each side. There is no central third spoke, while at the bottom of the wheel rim there is… a glowing energy crystal? We’re not really sure.

Oliver Stefani, head of Škoda design, commented in an official statement: “The shape of the dashboard has been inspired by the typical Škoda face and offers support for your hand when you are using the free-standing central display. We have also created a brand-new design for the steering wheel, and, for the first time, our automatic transmission features a shift-by-wire system, which has enabled us to design a central console with a completely new feature. This has influenced a lot of the interior design, too.” 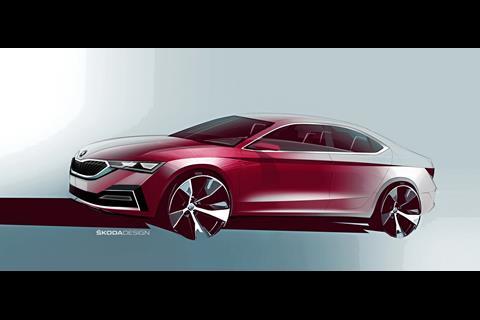 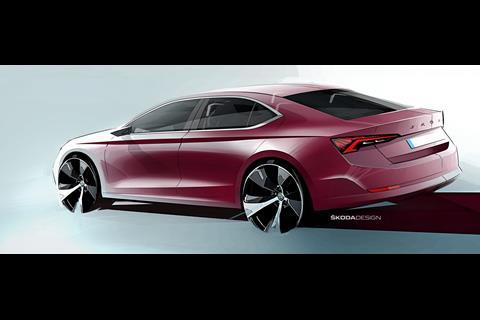 The exterior shows a DRG that evolves the themes recently seen on Škoda noses, with tapering single-unit headlights similar to those of the new Scala. The bodyside is sharp yet simple, with two crisp character lines breaking up the main volume, while the taillights are said to feature “crystalline elements.”

An estate version has already been driving around in colourful camouflage, while the Czech brand has also posted a shadowy video featuring its LED lighting functions:

Škoda will reveal the car in full on 11th November, any pre-emptive image leaking notwithstanding. 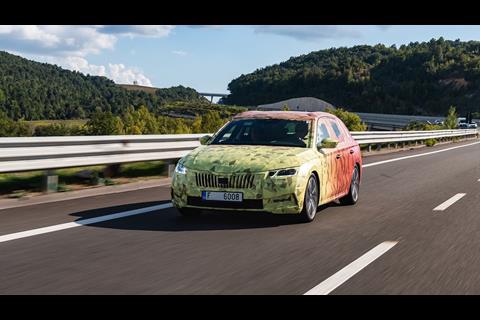 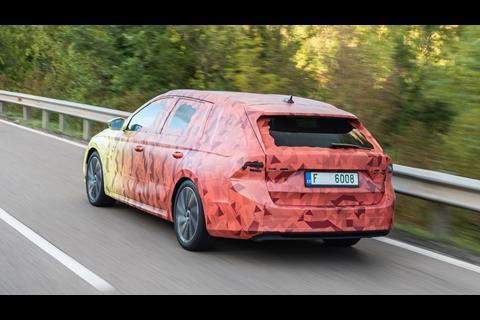