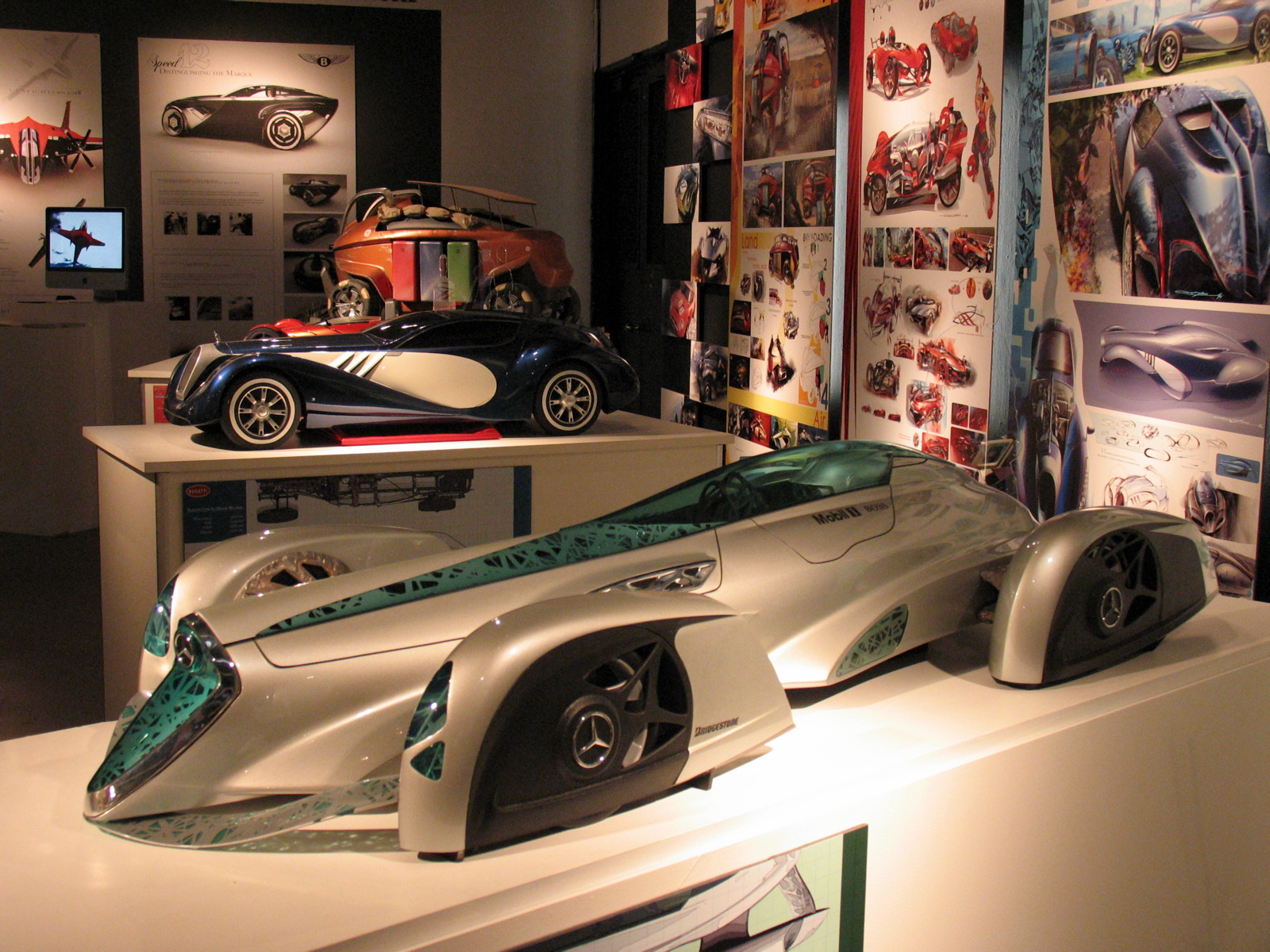 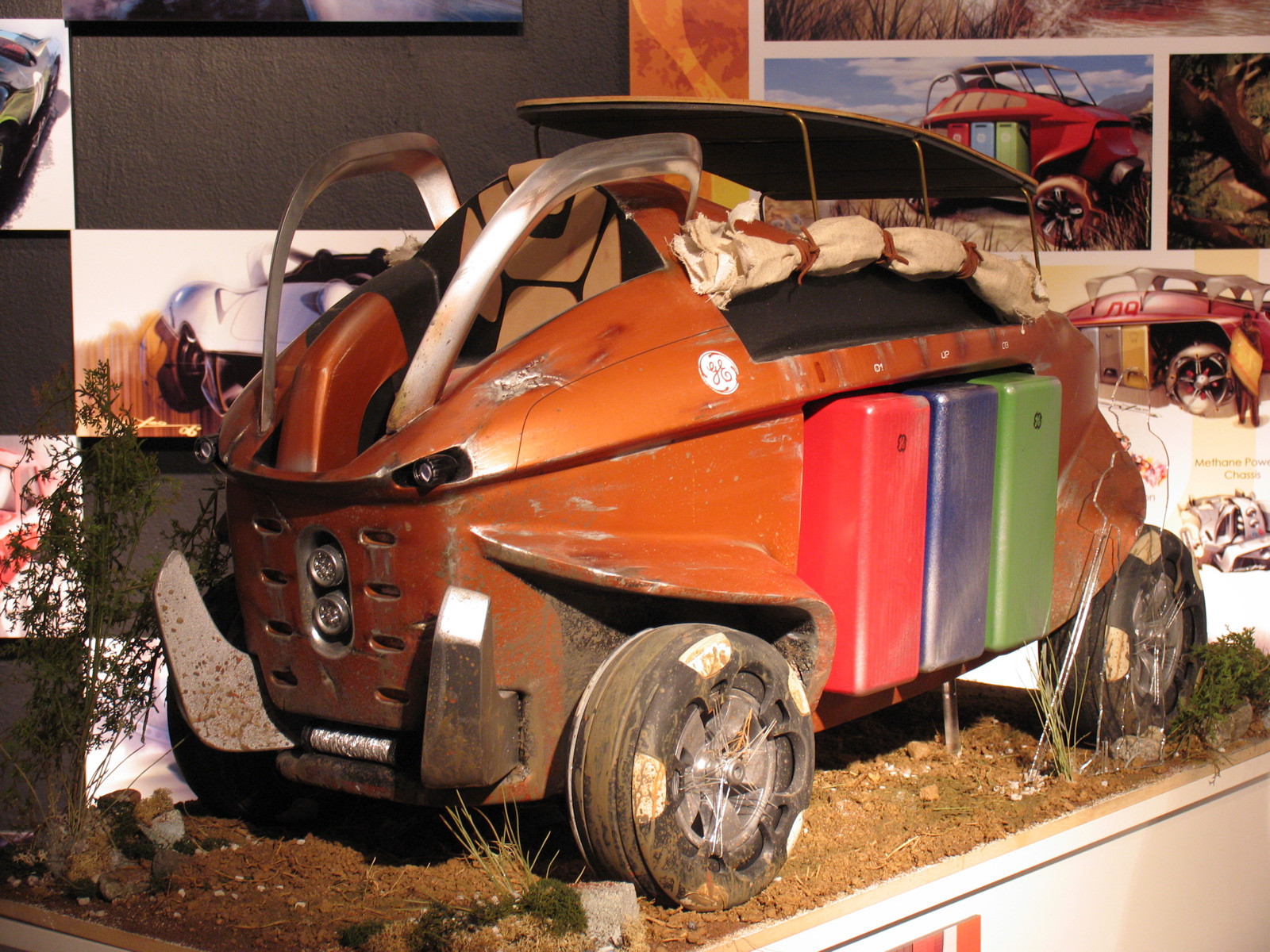 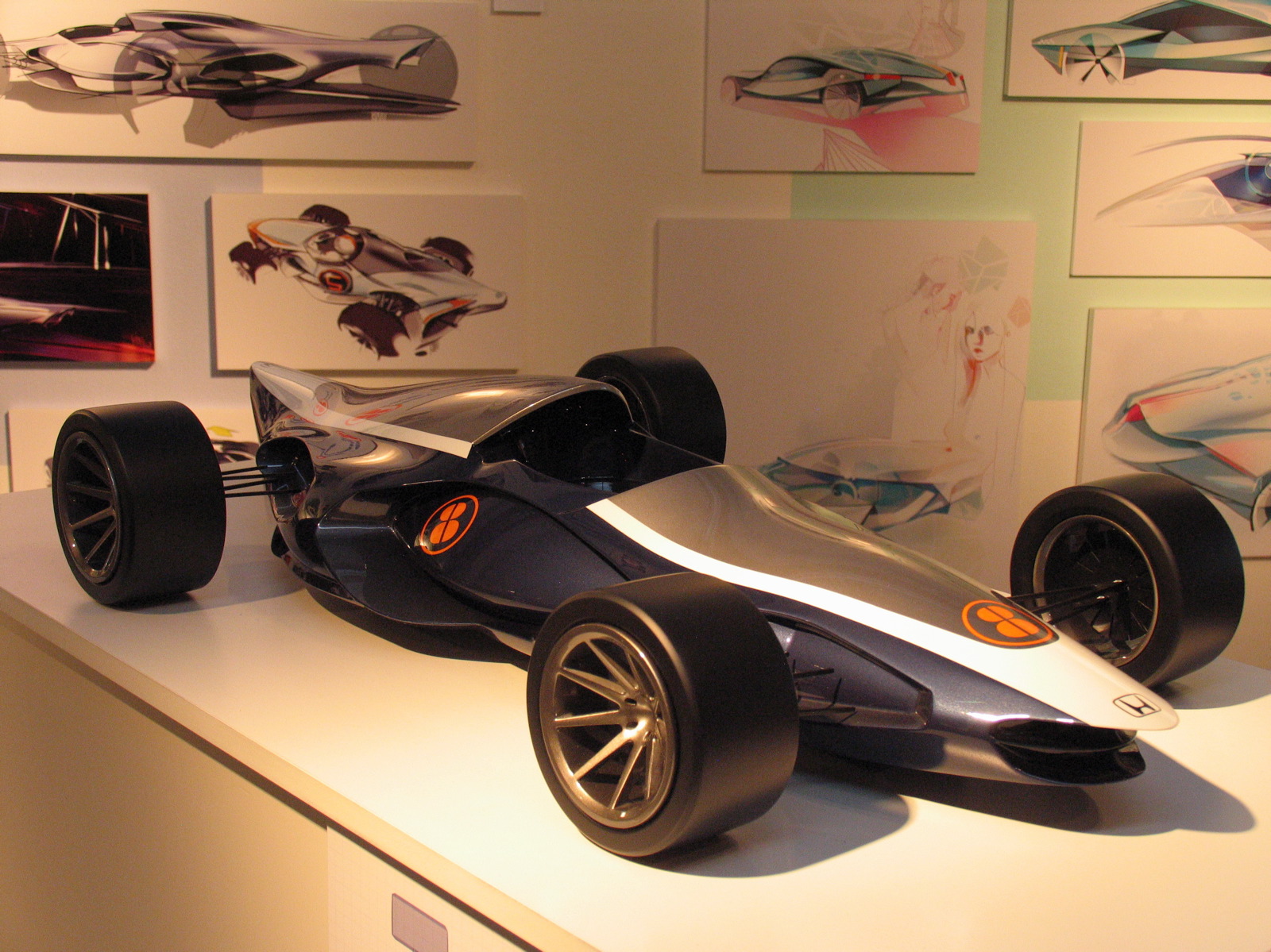 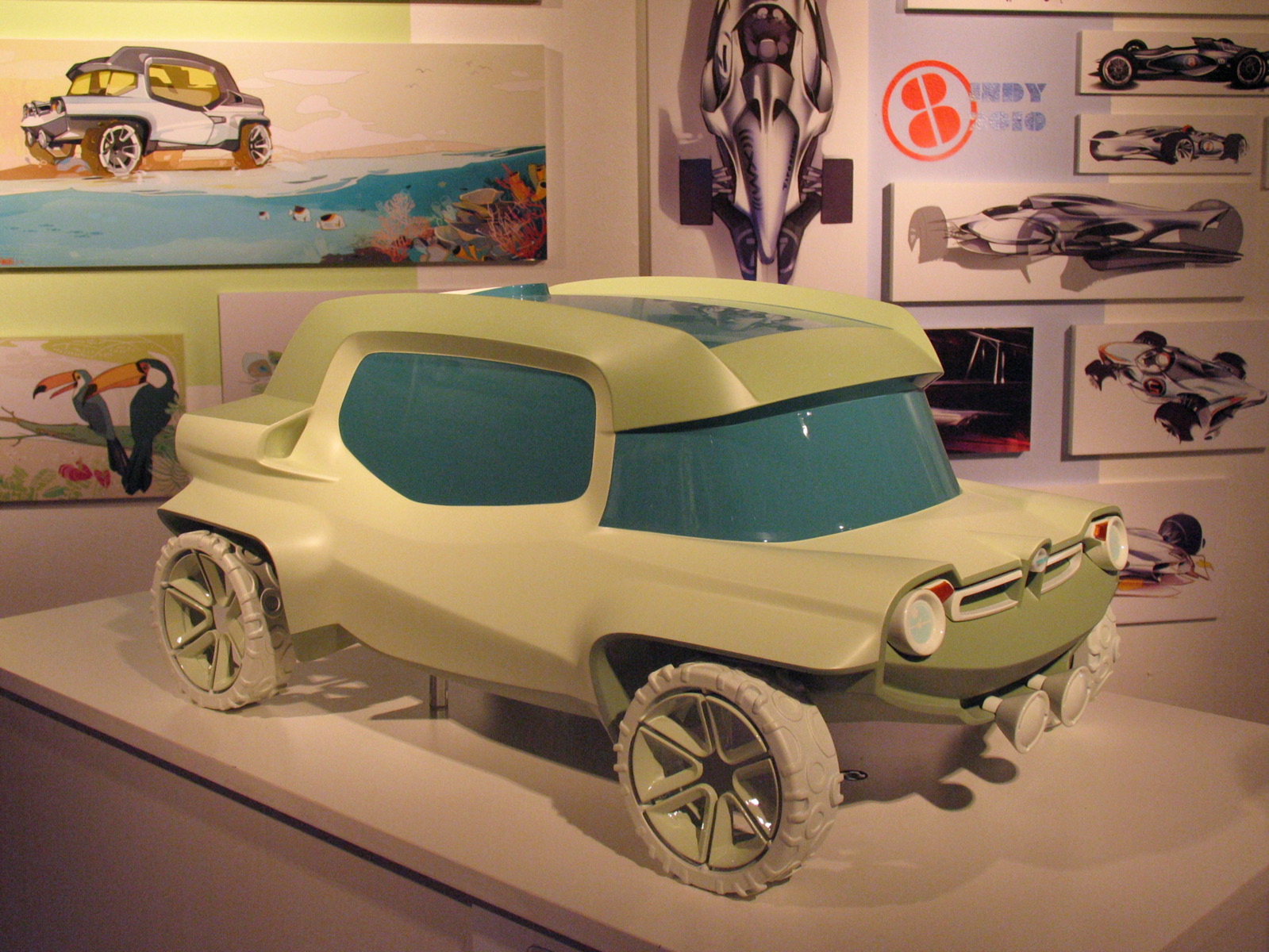 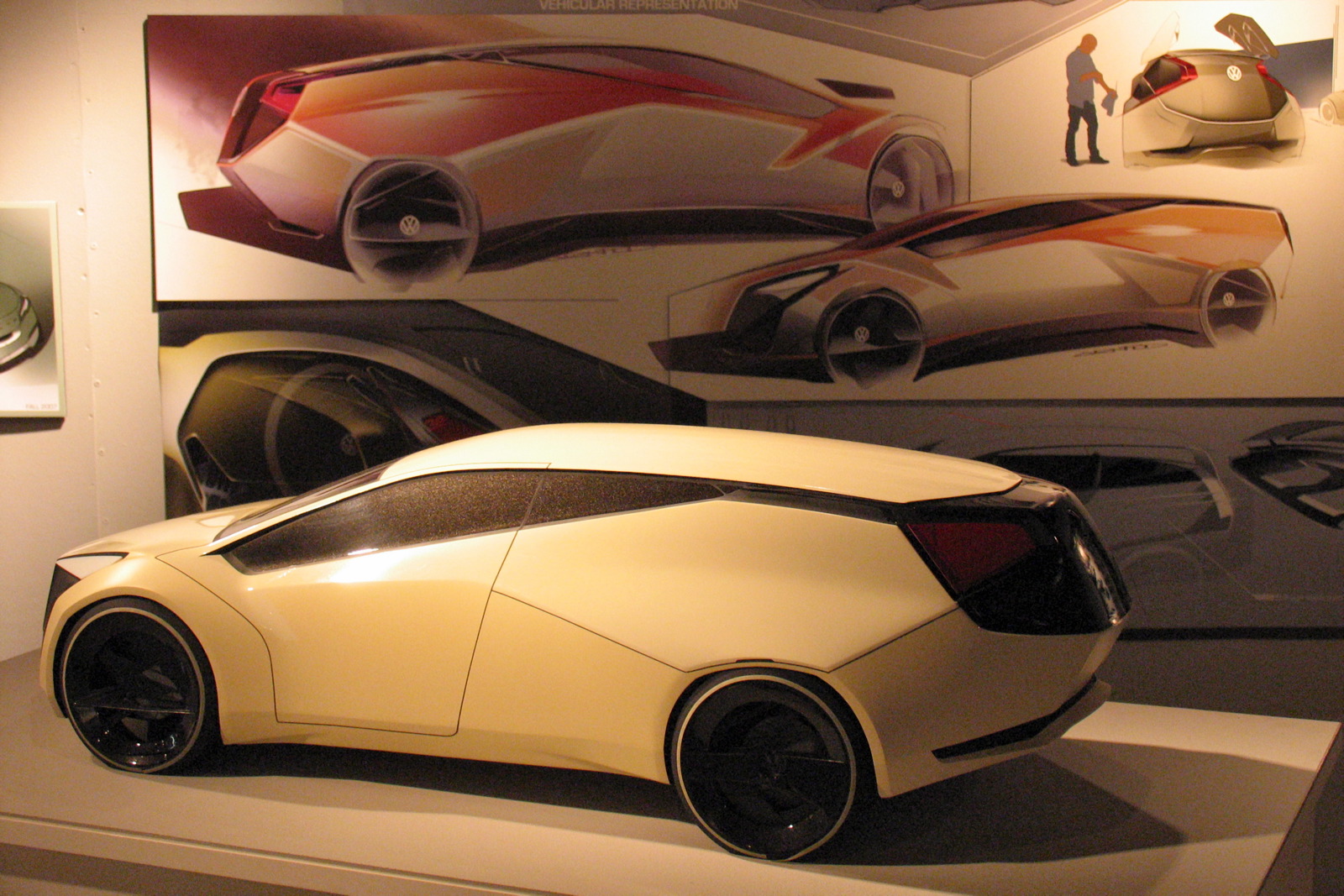 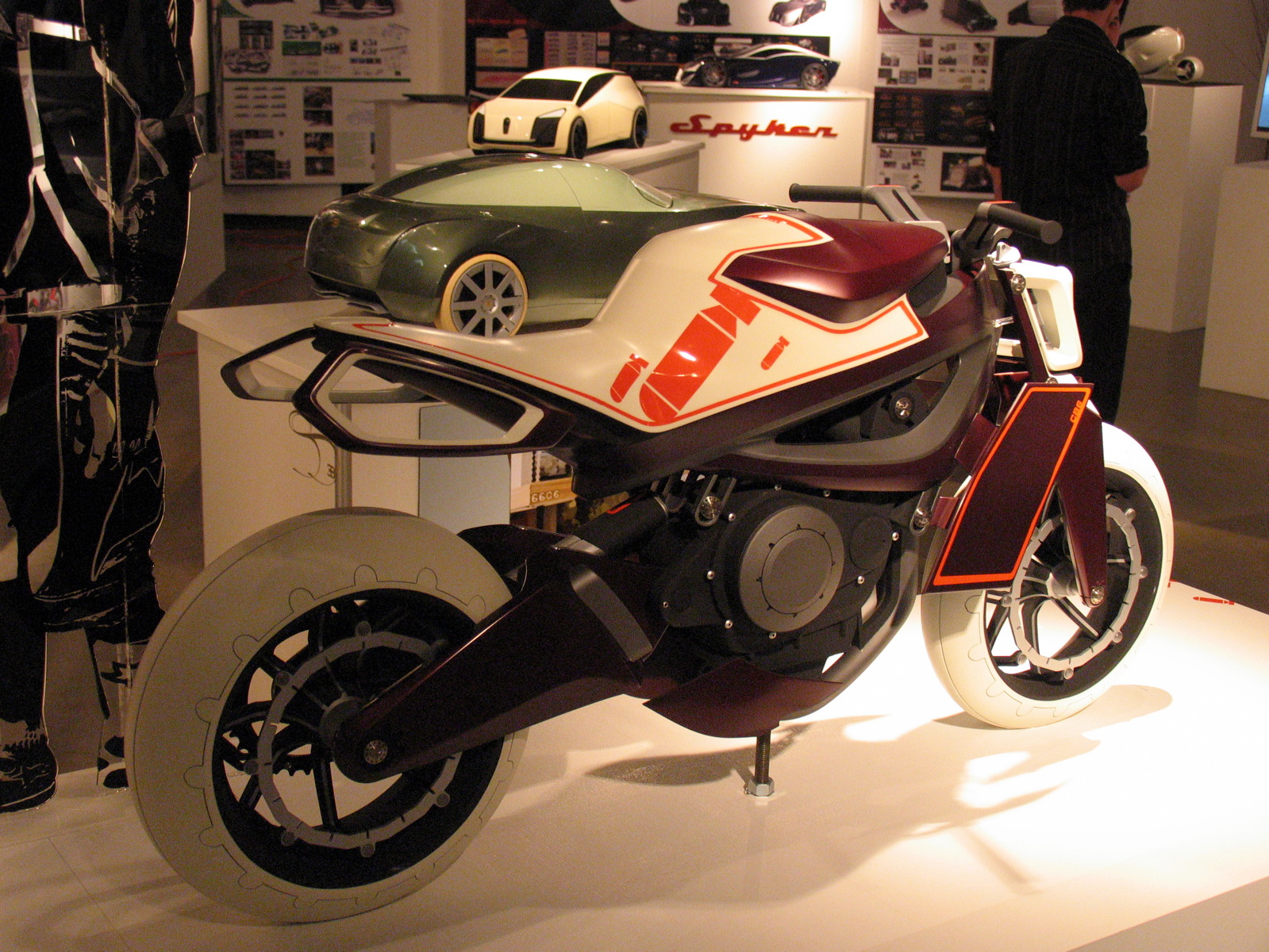 Art Center College of Design in Pasadena, California, held its summer semester show in August, one of three graduation shows per year. The show featured work from 10 graduating students in the Bachelor of Science - Transportation Design program. A selection of the projects are outlined below. 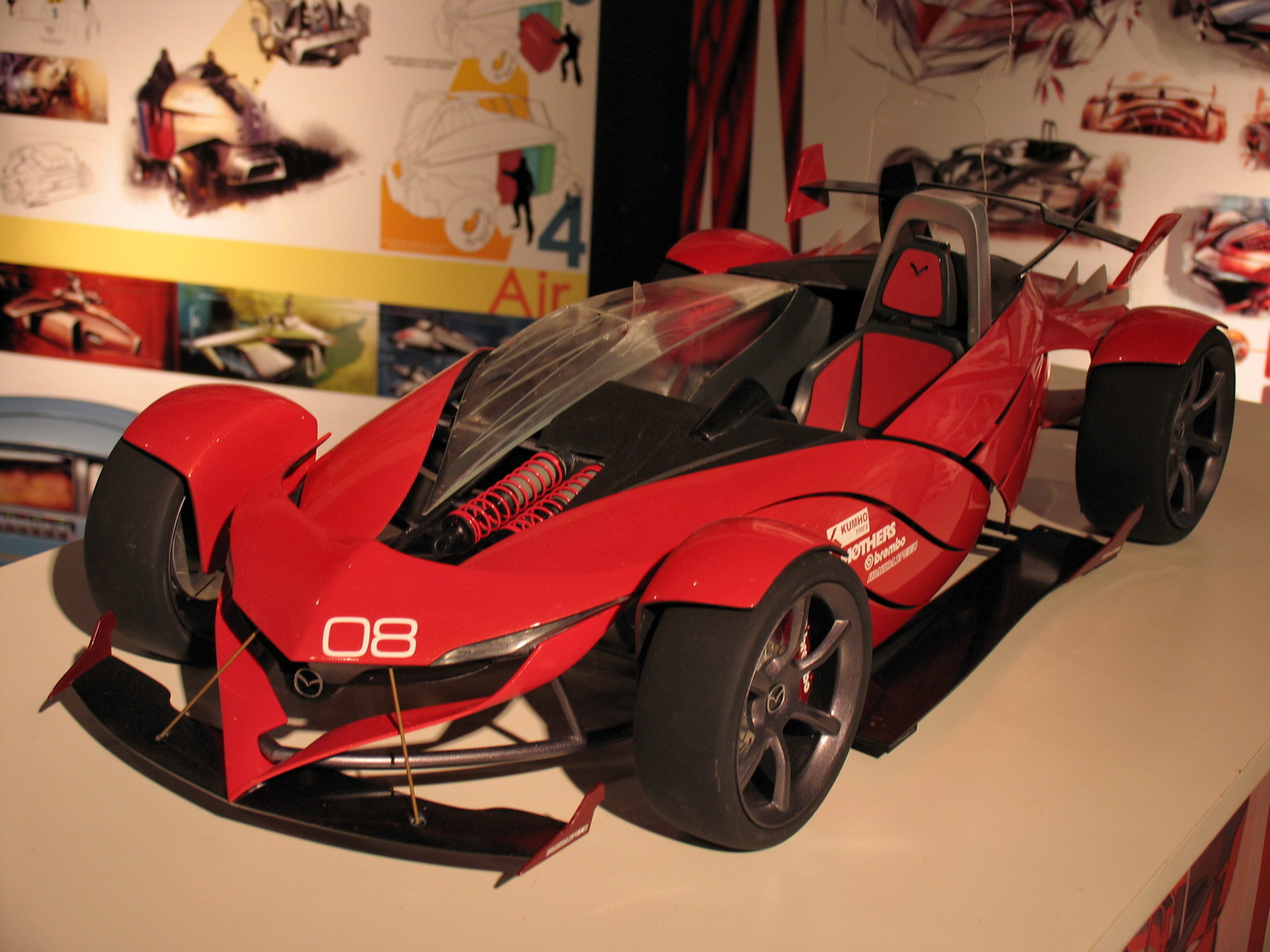 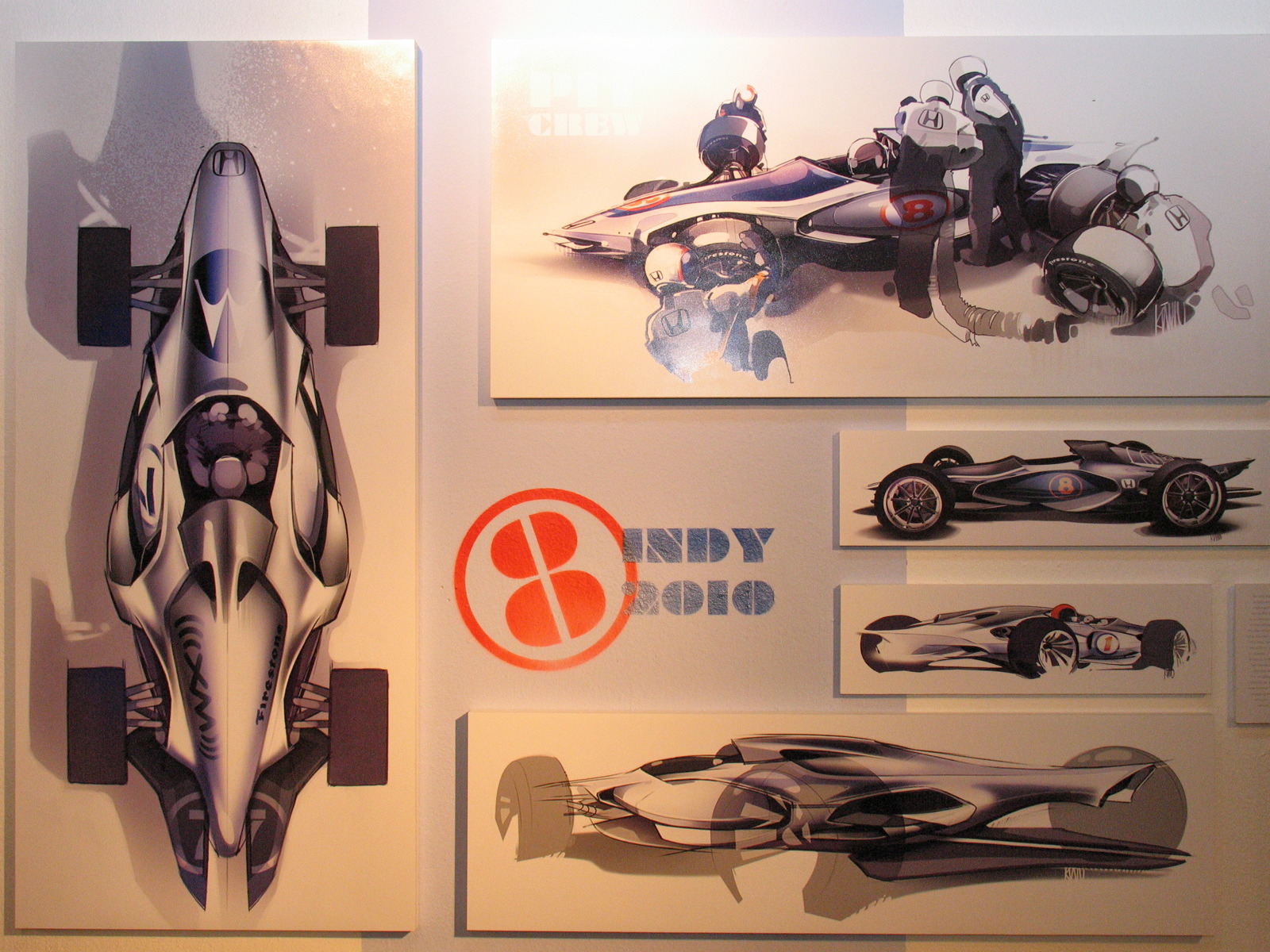 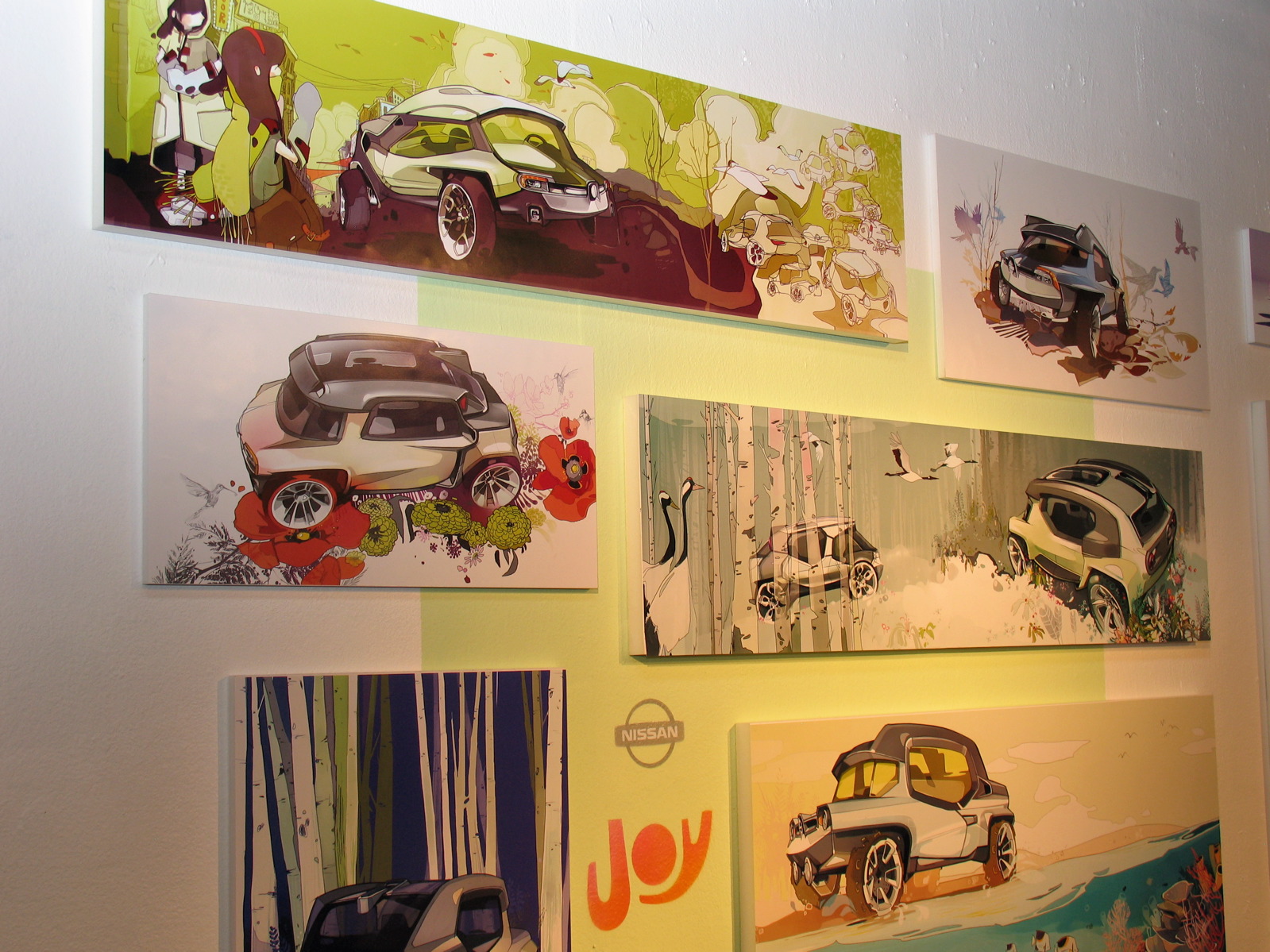 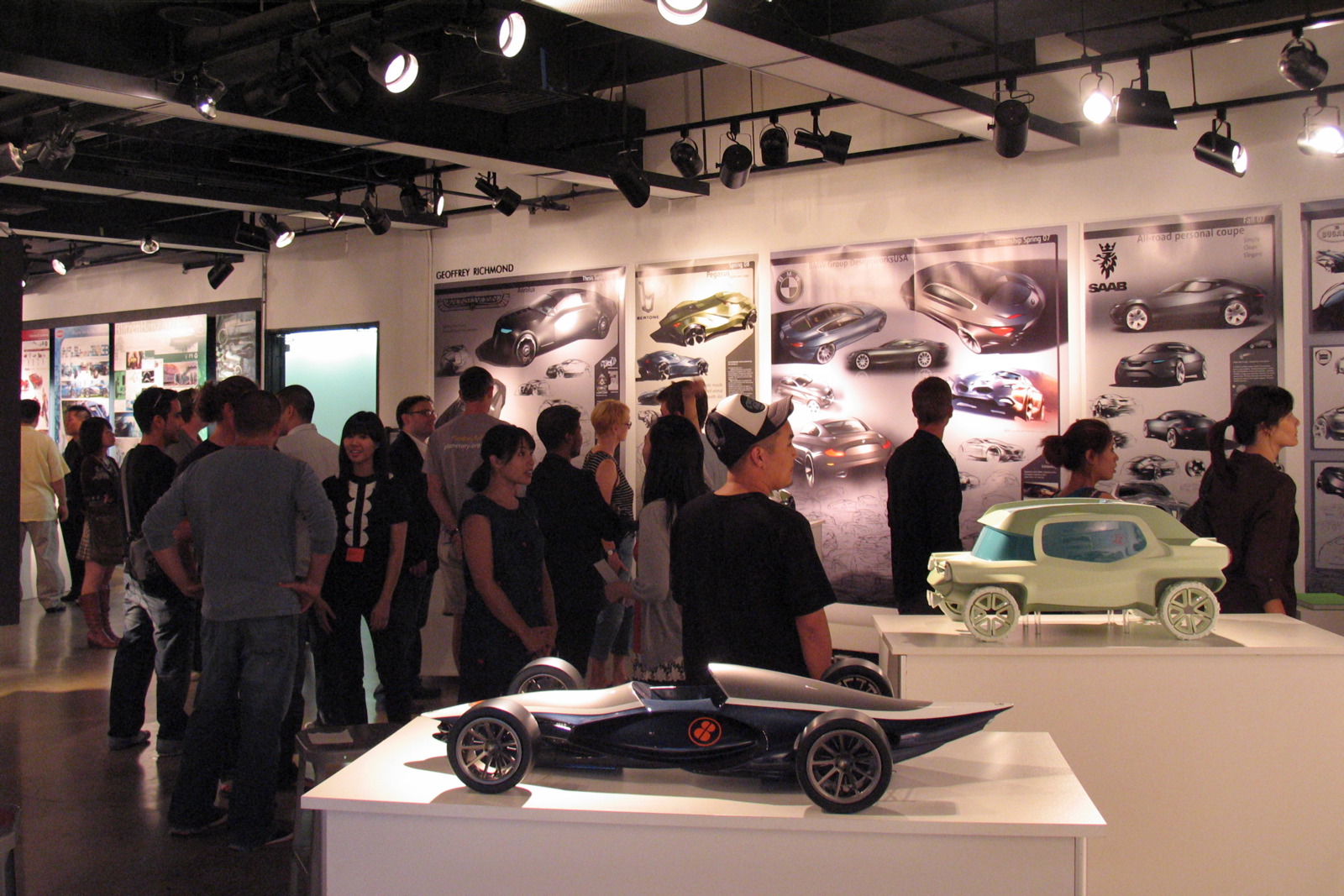 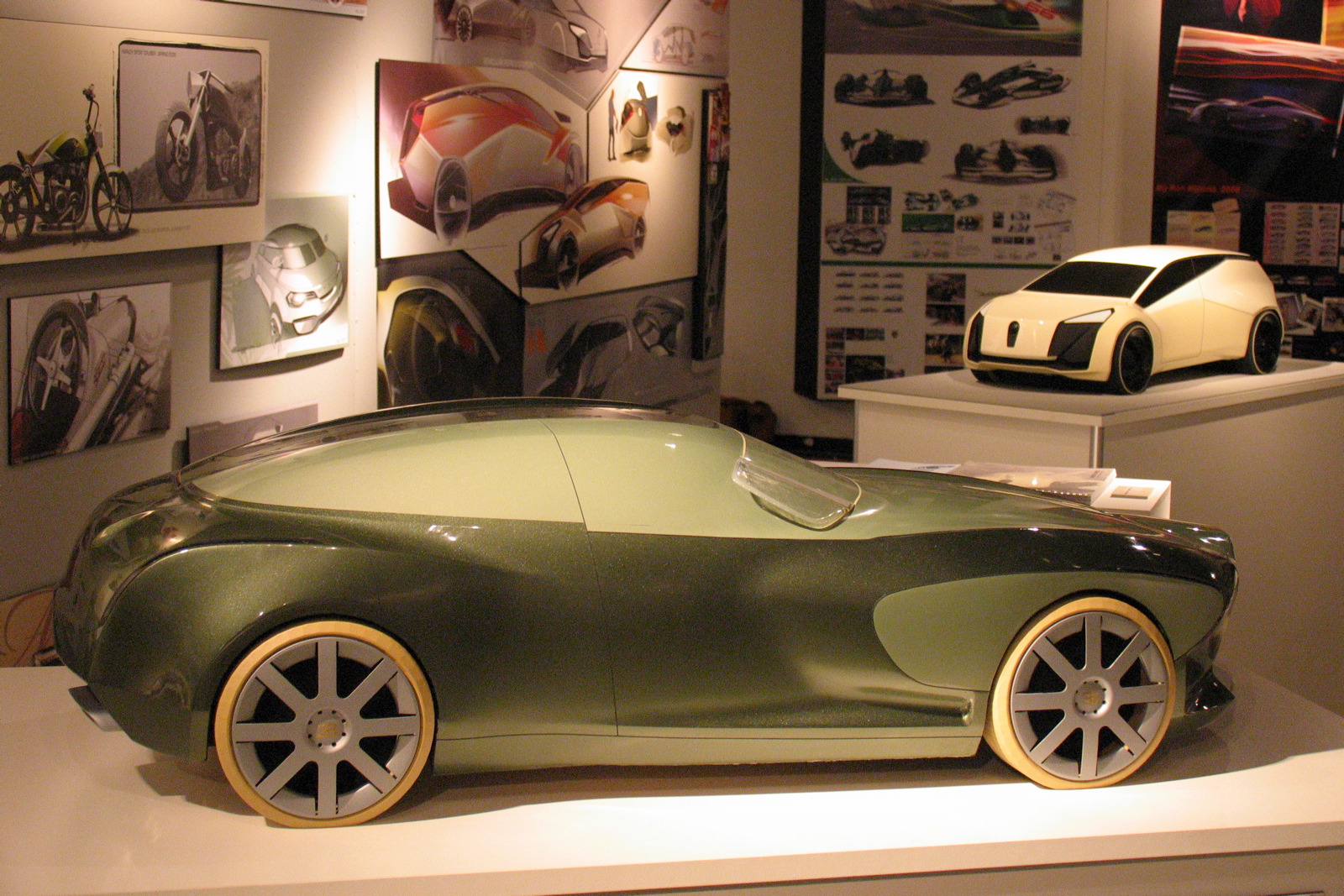 Mercedes 2025 BliztenBenz
George Yoo
George Yoo's research for his Mercedes-Benz Grand Prix car was inspired by Axel Earlandson, who grew trees by forcing them to grow in certain shapes. Also an inspiration were watermelons in Japan, grown in the shape of a pyramid and cubes. This sparked ideas for a concept of forcing a fiber-like structure to grow and replace vehicle parts. 'Biomimicry' was the concept behind the vehicle, to be inspired and mimic nature. Bioluminescents inspired the headlight design, using bacterial material that radiate a glow to show a new step in what technology can achieve in the future. Wooden fibers combine with metal-like flexible structures for suspension.  Following the concept of a Bonsai tree, the owner would take care of and 'nurture' the vehicle to his/her likings. George sought to accomplish the same effect of a sculptural vase base that holds the living form inside and sprouts out from its cage holding on to the wheels.

Indy 2010
Kimberly Wu
The Indy 2010 is a reinterpretation of the current Indy racecar. Sponsored by the Indy Racing League and Honda, this project explored the possibilities of the Indy race experience including renovations with the environment, track, driver's suit and vehicle.  This racecar concept is influenced by classic design elements found in Dan Gurney's Eagle racing cars, though the nostalgic forms and graphics are reinterpreted in a modern way.  The idea of the Indy 2010 is to exaggerate the drama and danger involved in the oval circuit races, and in doing so, promote heroism in drivers and vehicles.

Nissan JOY
Kimberly Wu
The Nissan JOY is a crossover concept vehicle inspired and driven by the four seasons. The personal project is an intimate study on the relationship between the car and its environment.  The series of panoramic illustrations emphasize the importance of the colors and moods associated with the passing of each season. The character of JOY is animated through its cartoon-like features; proportions are intentionally exaggerated to create an anime-like feeling.

Volkswagen Black
Bradley Arnold
Volkswagen has attained great success in the United States with cars like the Beetle and Jetta, cars that appeal greatly to females. However, there is opportunity for VW to better appeal to the male American buyer. The Volkswagen Black was created to do just that. This Utility Coupe sports a more sinister form language that will give VW a more diverse brand image.

Honda CB6
Bradley Arnold
A bike created to not only withstand punishment, but to wear it like a badge of honor. The Honda CB6 was purpose-built for the new generation of sportbike owner, for those who abandon racer look-a-like norms to pursue the more expressive world of flatland freestyle.