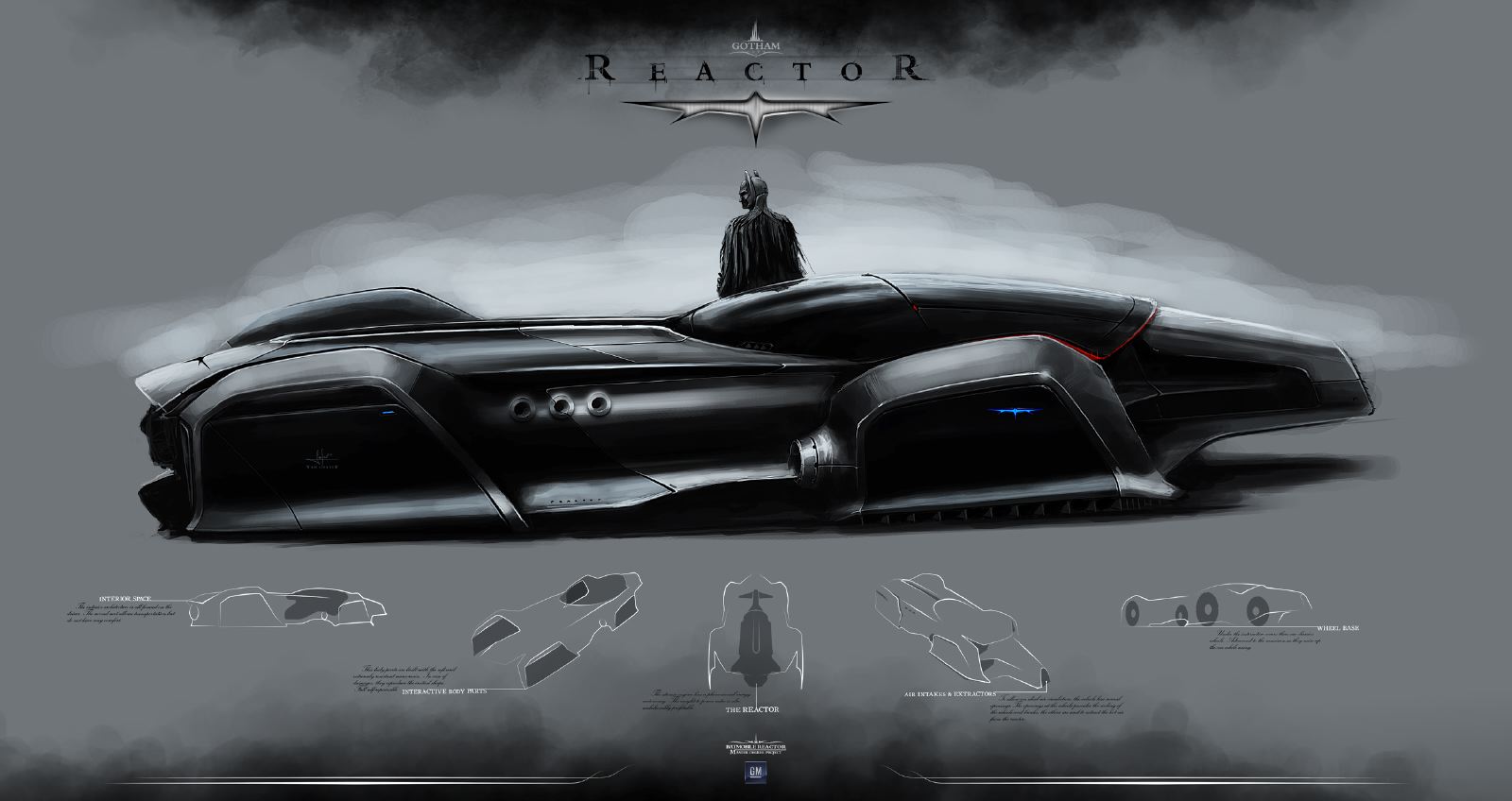 'Voltage' is a racing toy, aimed at 'kidults', inspired by the Group C cars of the 80's 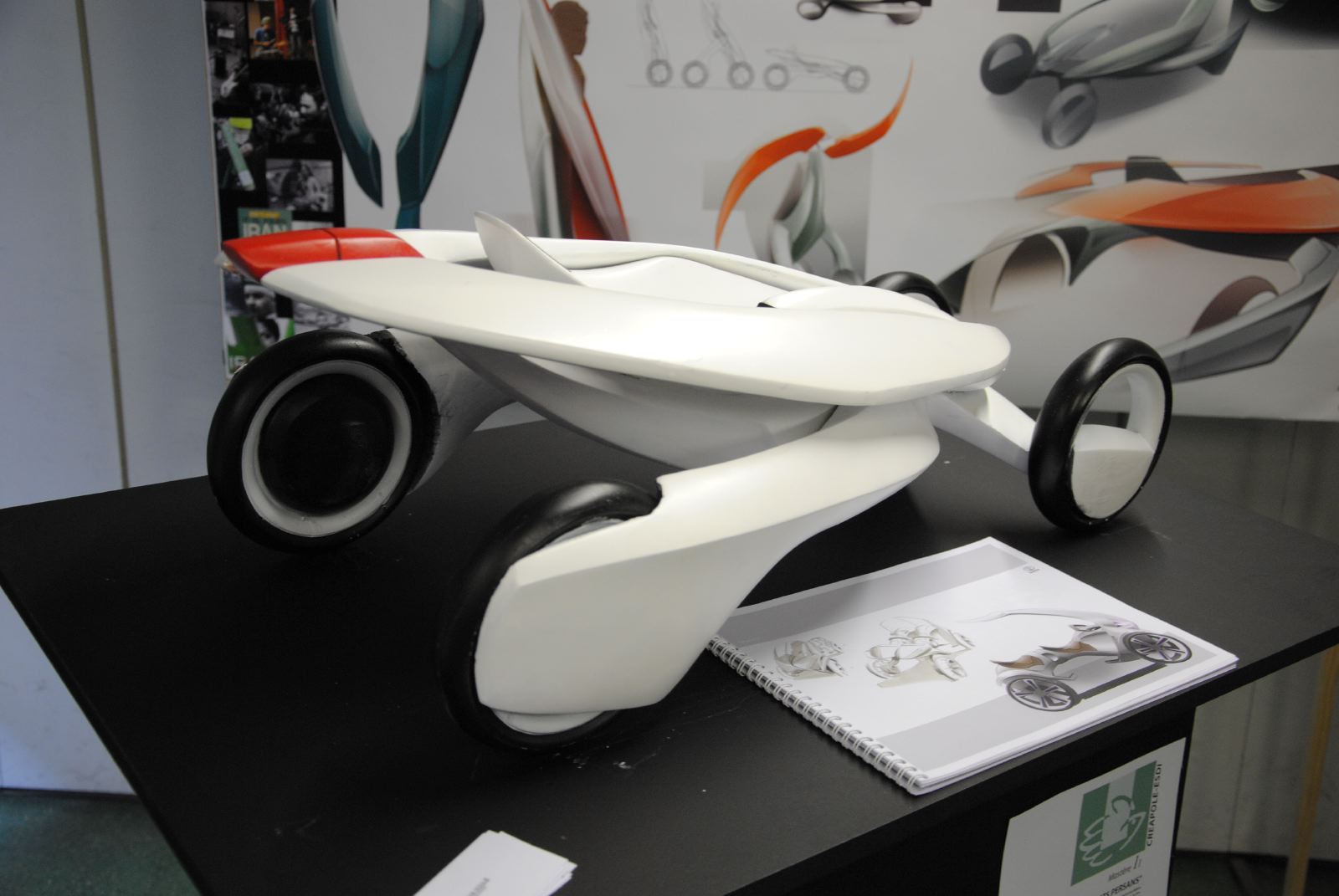 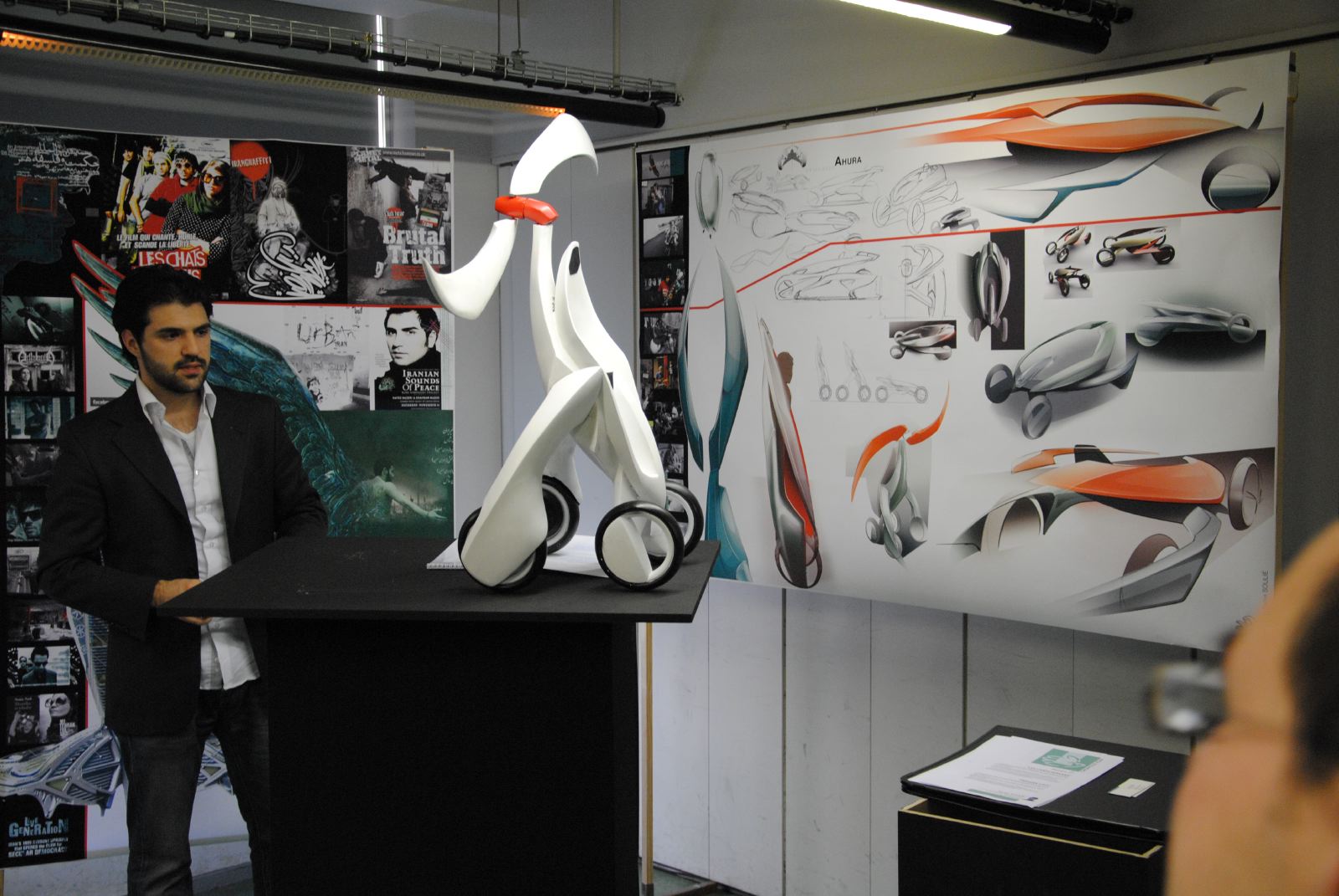 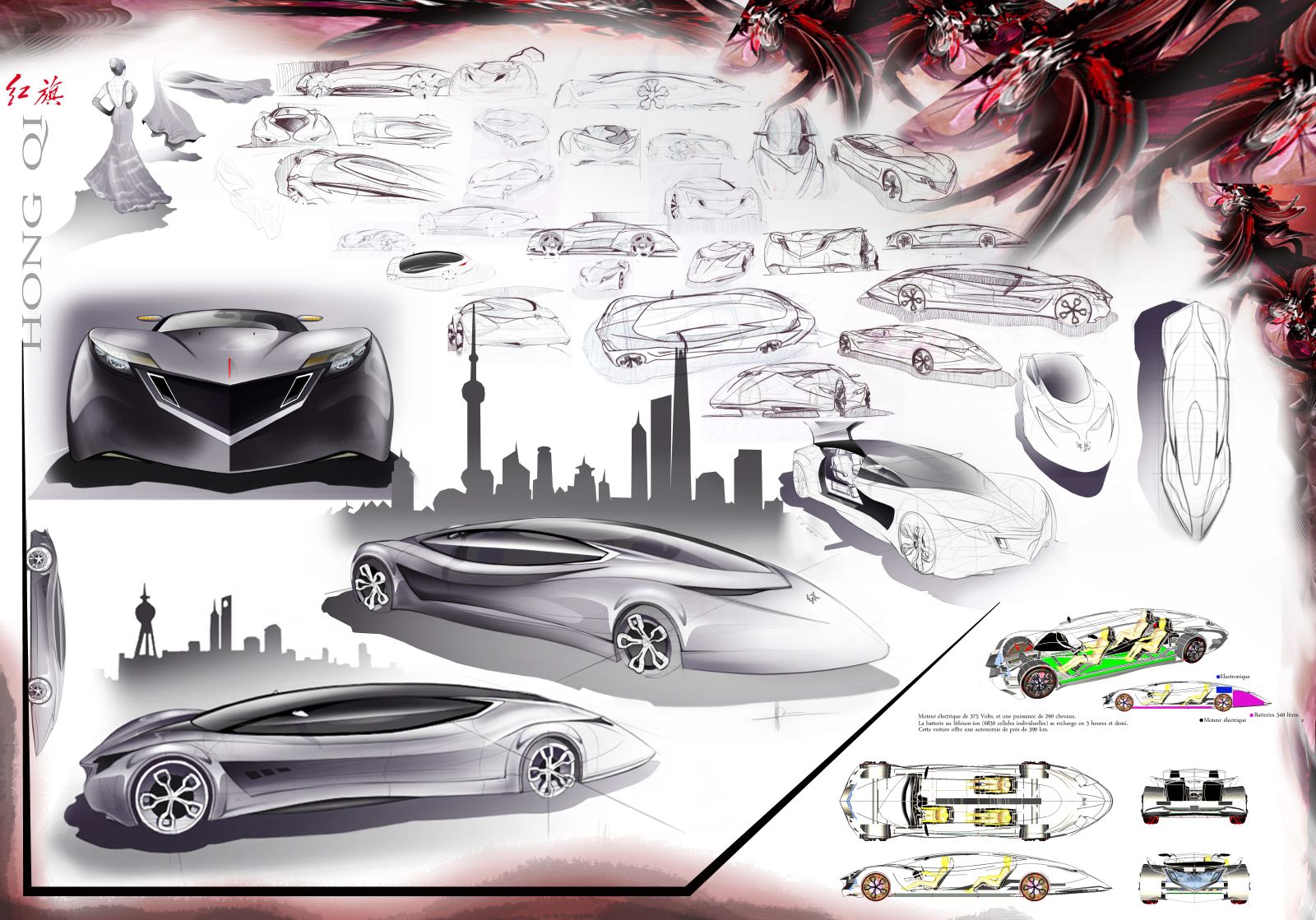 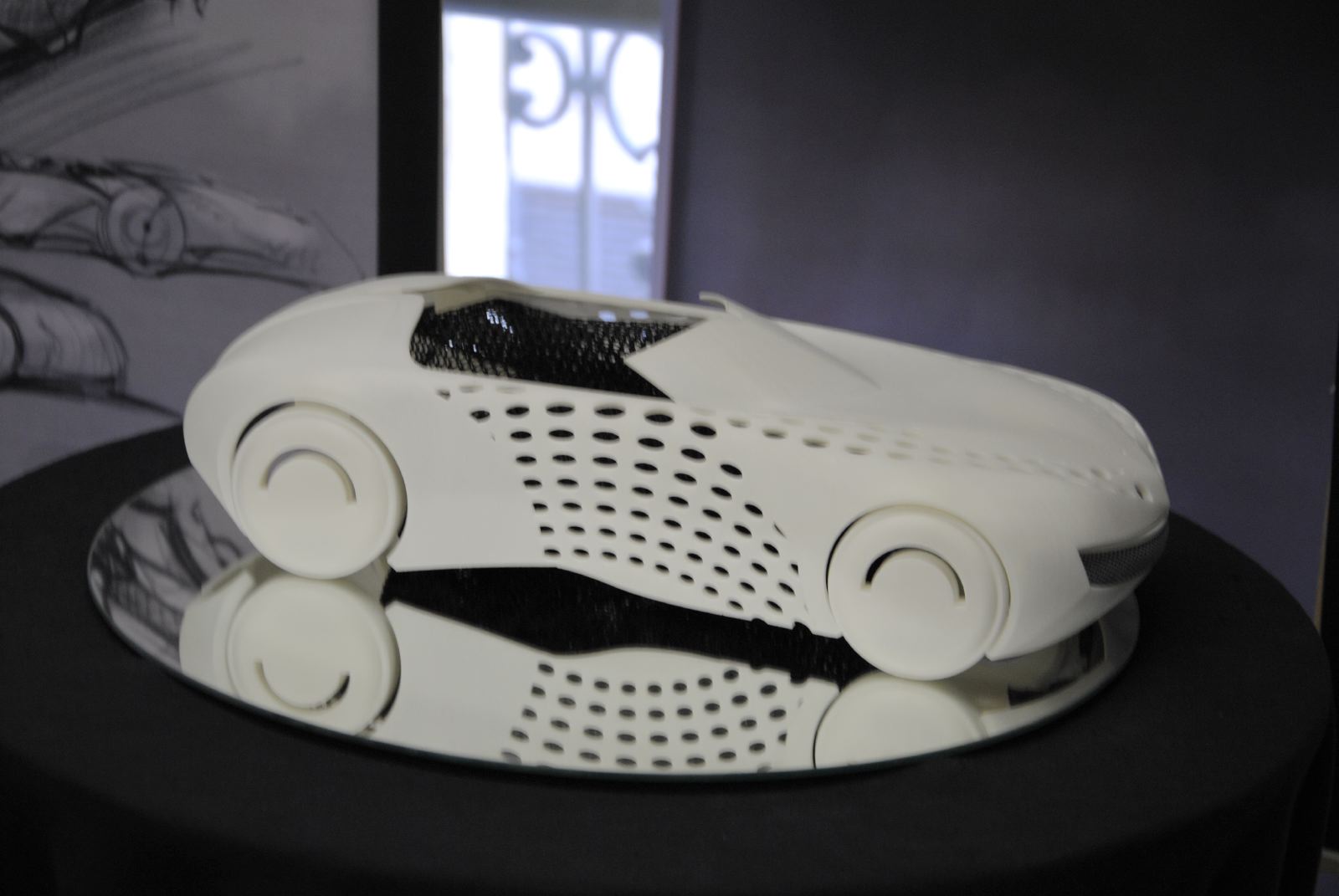 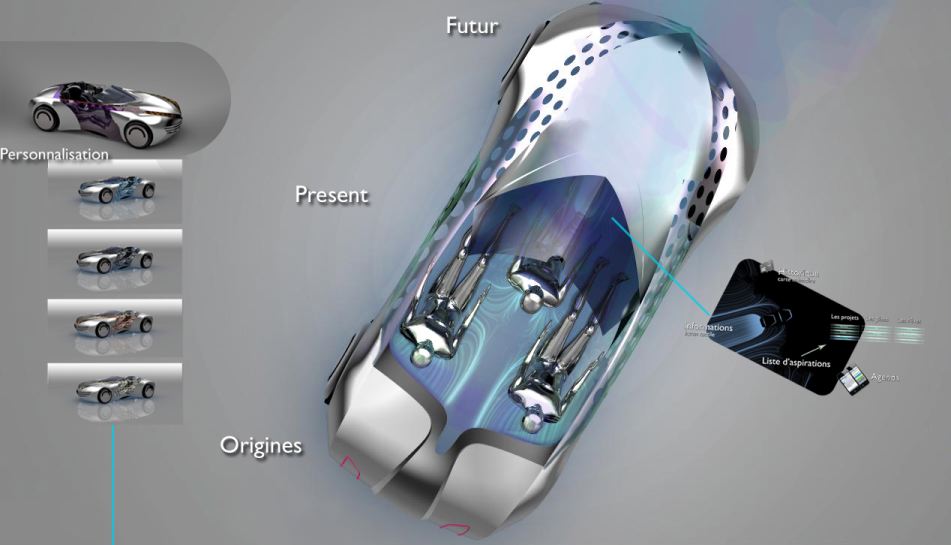 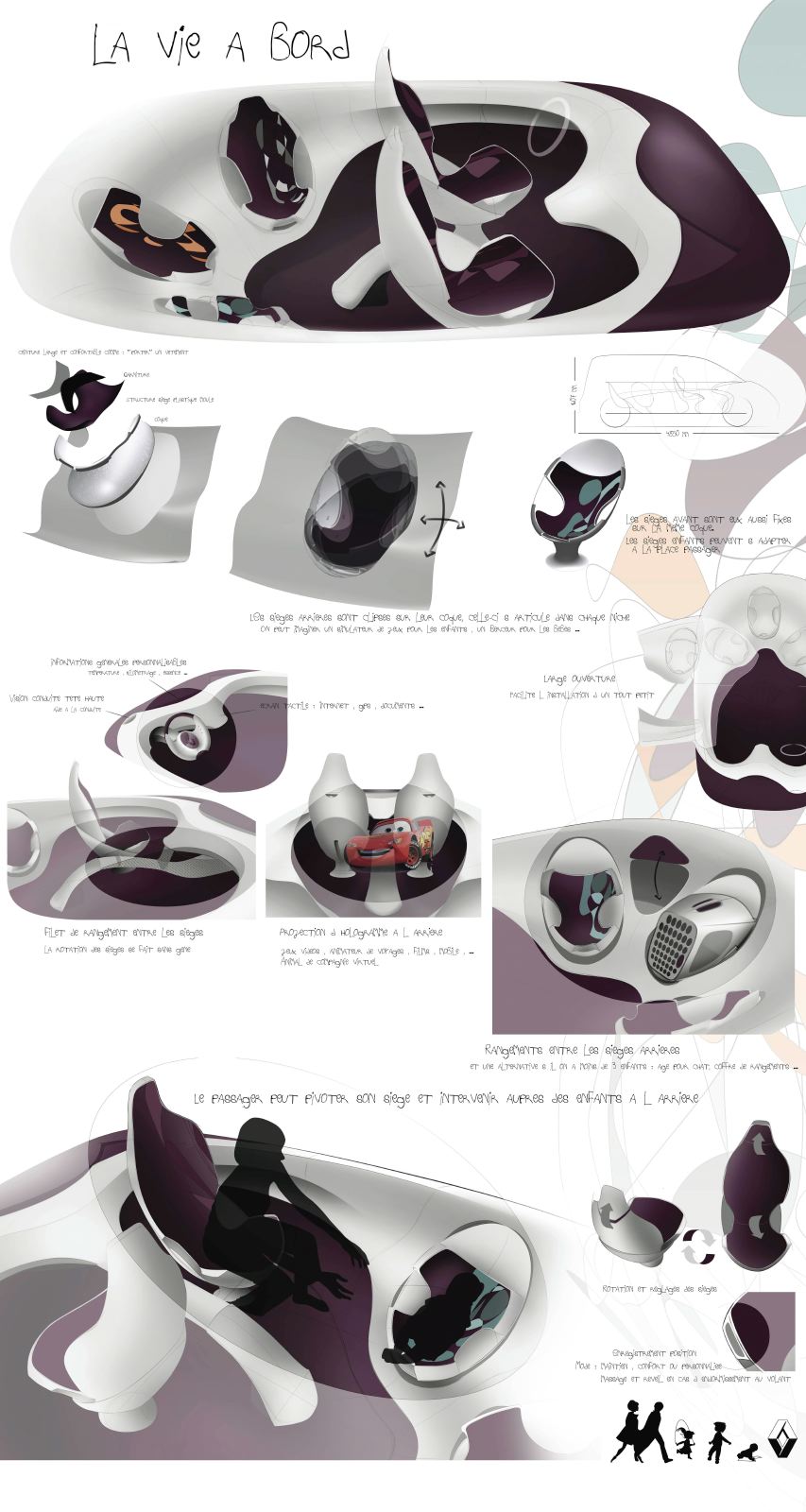 Projected for the year 2019, the 'Reactor' Concept is a vehicle intended to celebrate the 30th anniversary of Tim Burton's Batman film. It highlights the importance of continuity in Burton's ultra-modern style, re-stressing the somber need for Gothicism. 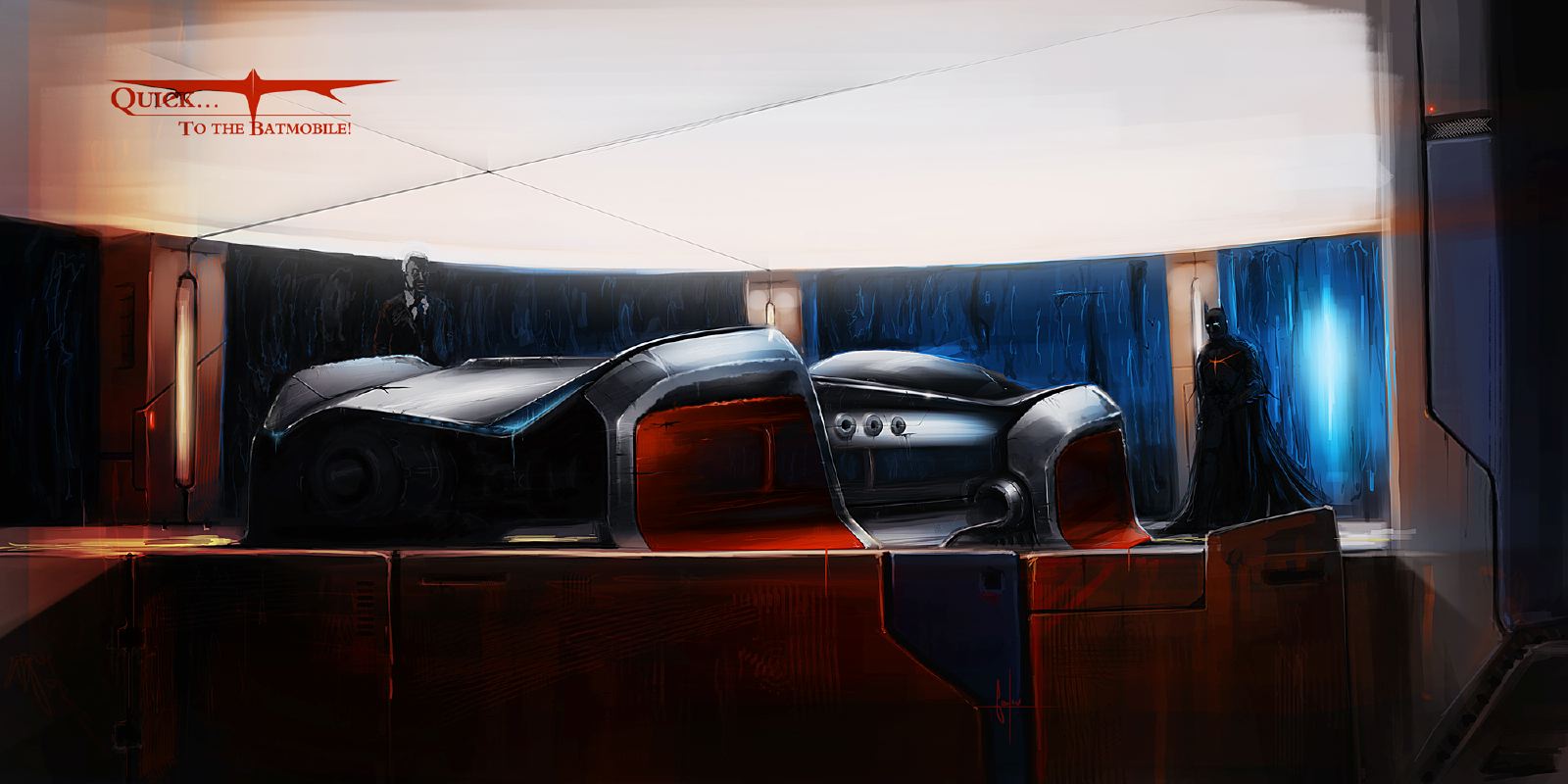 'Reactor' beneath the skin, highlights the juxtapostion of ultra-modern style with Gothicism 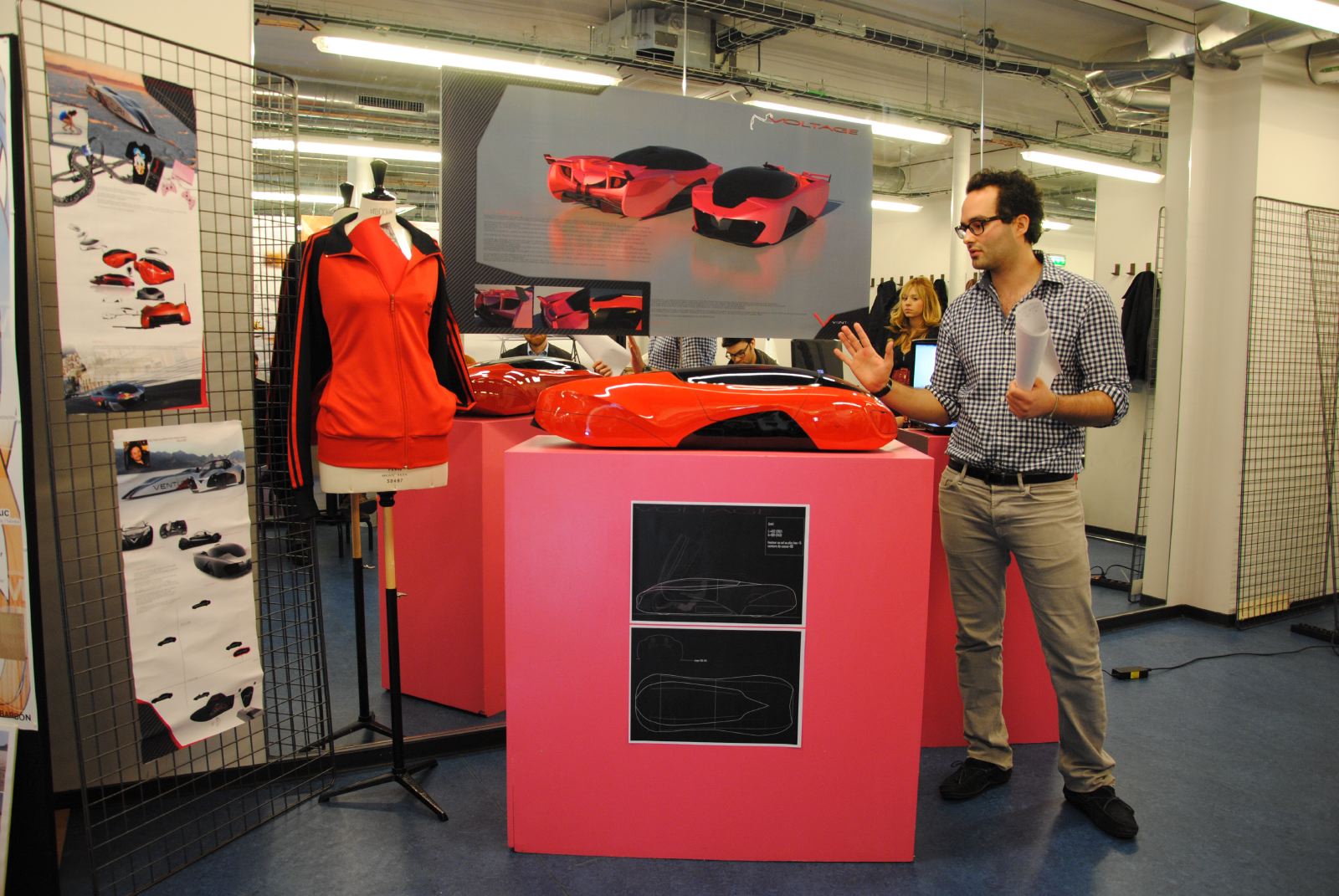 Kevin Dugenne with his Voltage project 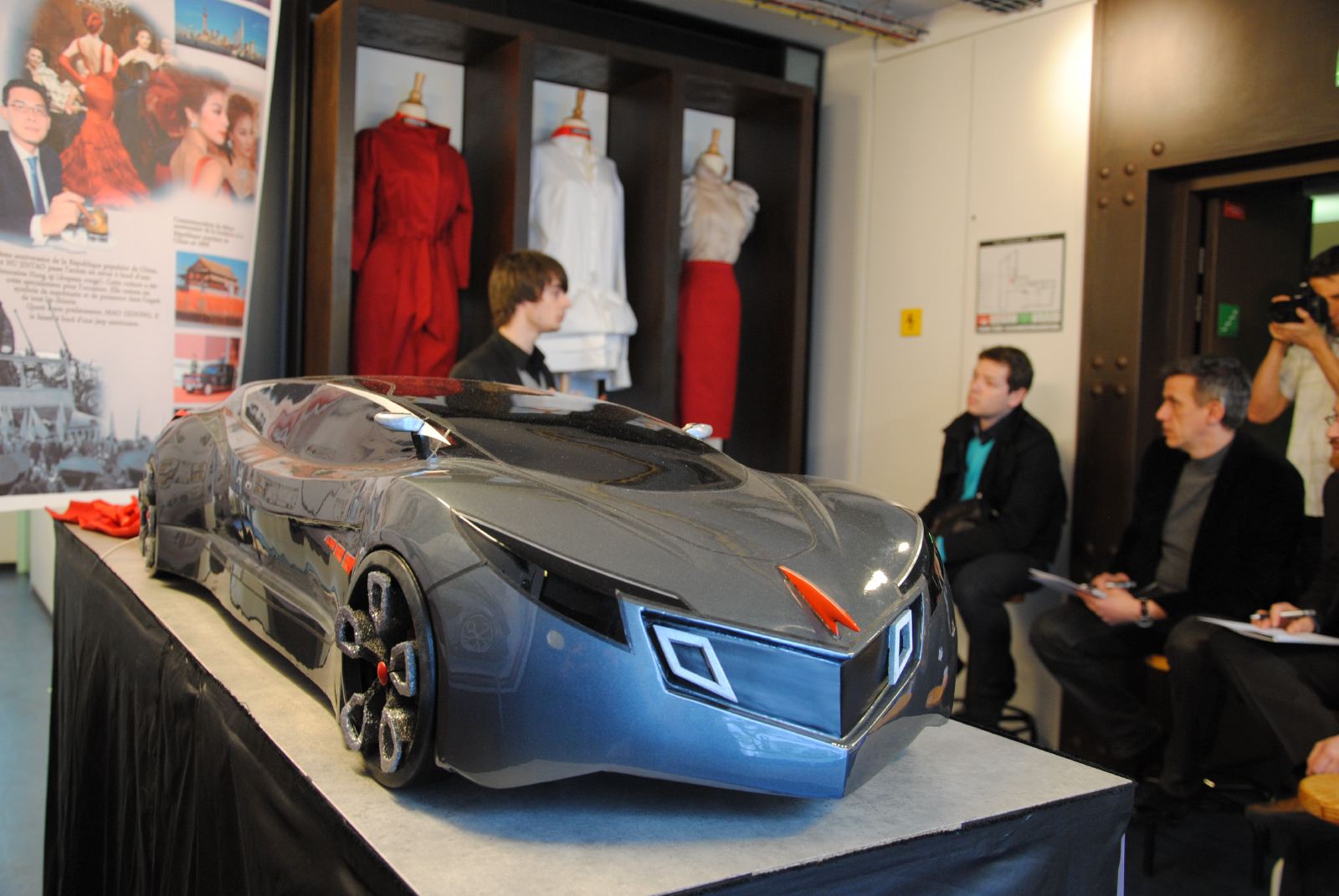 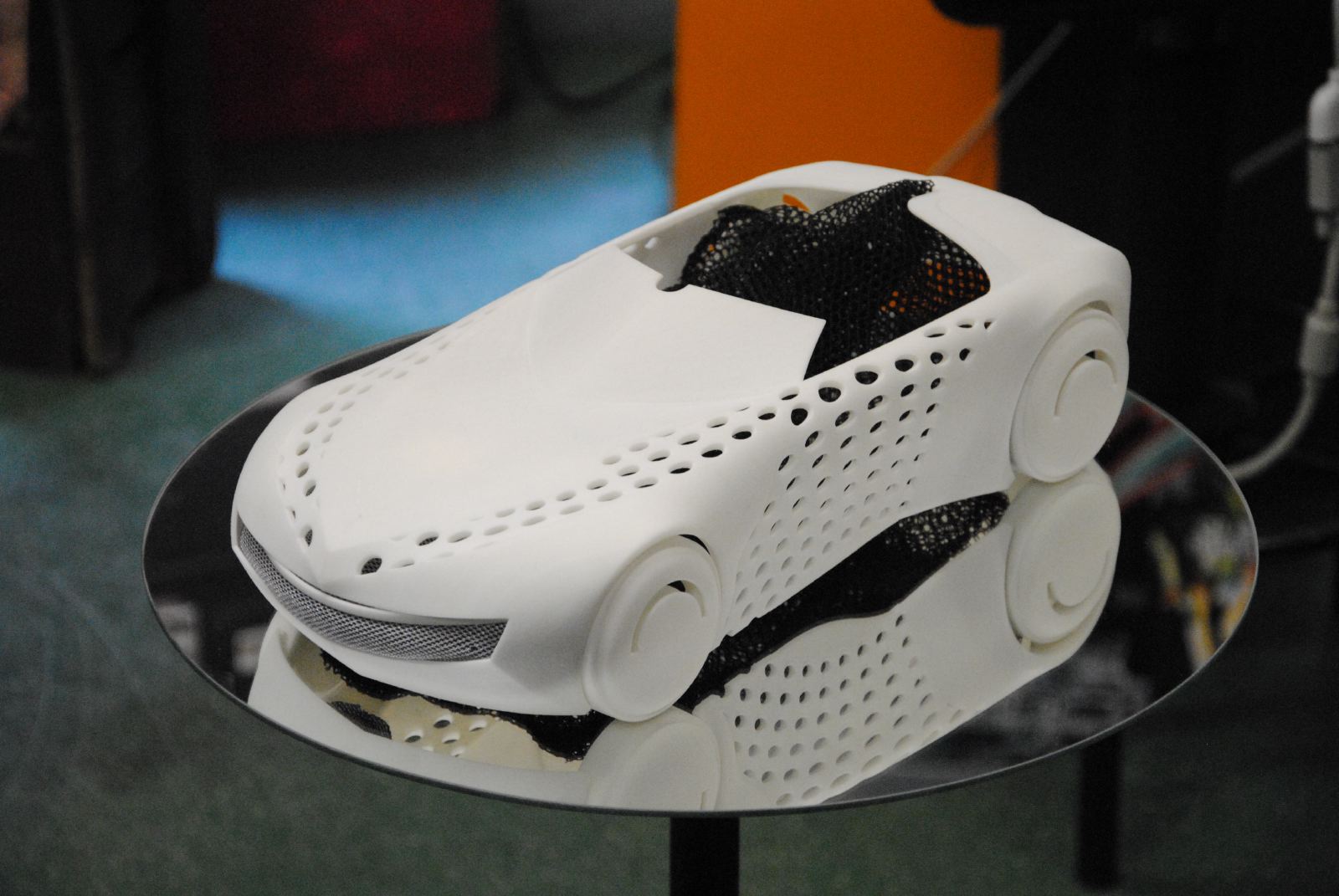 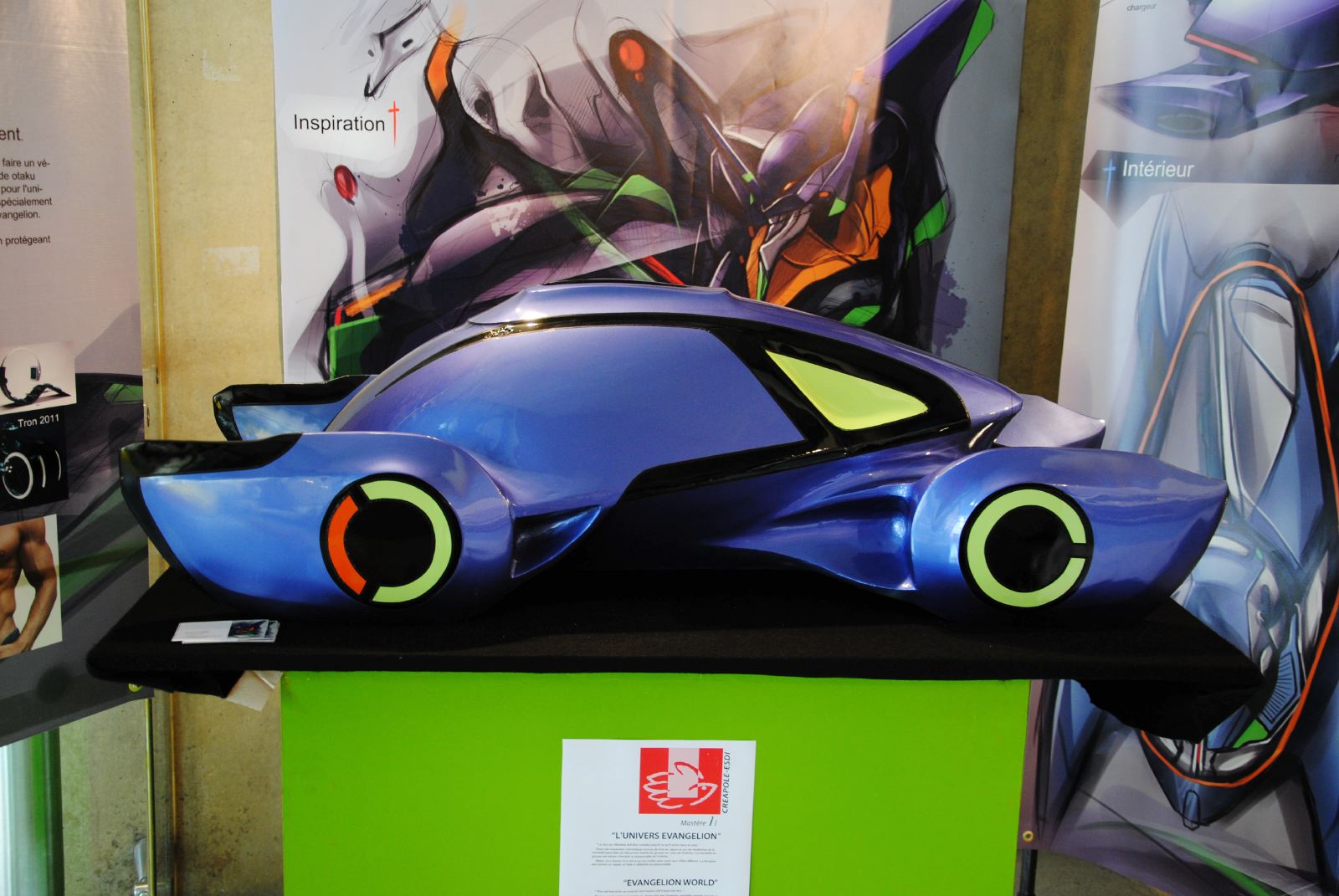 This concept aims to provide an alternative one-make racing series inspired by the Group C racers of the 1980's but with electric power at its core. The emphasis is on participation in this case the target audience are 'kidults' whose affinity with electronic media devices and shape excessiveness transpire the shape of the car.

With more than 60 percent of Iran's population under the age of 30, these educated young people live in the urgency to assert themselves. To conquer their freedom, as expressed by underground scene in the film 'Persian Cats' and with Iran as the second market of PSA group, the Peugeot Ahura project proposes wind power as a refreshing alternative.

Bouvry's concept is a vehicle for members of state, primarily intended for the wealthy class in China. As in 2009, when President Hu Jintao arrived in a Hong Qi limousine for his army inspection, the event elevated the status of supremacy and power a limousine can bring in the minds of Chinese people. This concept aims to replicate this sentiment.

Human life unfolds in time. Between objective measure and impalpable feeling, there is a rhythm from which one cannot escape. Jouvet asserts that in 2030, Mazda will introduce "Instant", a concept inspired by fractals and that honors Future Shapers. The concept aims to establish a aesthetic link between the real time and the time that eludes us and to translate this into reality. Could our imagination come to life?

'The nail that sticks up must be hammered until it's back in line'. That is an idiomatic expression in Japan that the 'Eva' project aims to literally 'eat' away. The Otaku individual takes his/her fantasy to literally live in and to defend his personality. This was the fundamental vision behind the Honda EVA concept.

The Playground project is dedicated to the family trip, where journeys should not be a constraint. This open space allows for travel to be enjoyed together or individually at any time, the user is free to choose their own activity according to taste. Combining modularity, well-being and security, this is a Renault that is a home away from home and reflects a growing trend towards design specifically for infant occupants.